A tattoo session for most people is associated primarily with pain, the fear of which even overshadows the aesthetic component of this process. Due to this, the desire of a person to reduce pain and many people are thinking about «relaxation» with alcohol.

However, the anesthetic effect of alcohol on the body during tattooing process is nothing more than a myth. All people have their own level of perception of pain and alcohol. In some case, under the influence of alcohol, the pain is really felt dulled, while in others, on the contrary, alcohol increases pain at times. 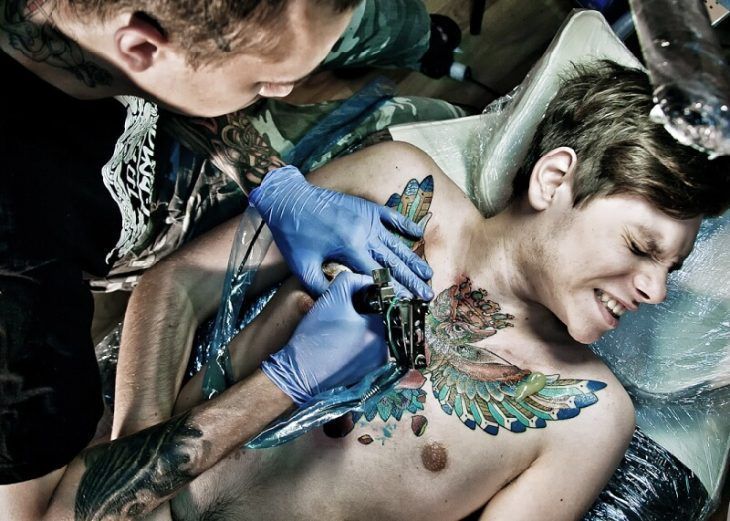 It is important to remember that alcohol drunk before a session can spoil the appearance of a tattoo and create a real threat to health. Experts do not recommend drinking alcohol starting a few days before the session and until the tattoo is completely healed.

Alcohol exposed to the body, temporarily thins the blood. This is a scientifically proven fact. It does not mean that you will bleed to death during the session, but increased bleeding, firstly, dilutes the tattoo ink, and secondly, creates additional visibility problems for tattoo artist.

In other words, due to heavy bleeding, tattooists will not be able to fully see all details of a tattoo, which means that at best you will not get exactly what you wanted, and at worst you will get a lower quality tattoo.

Thinning ink and washing out the pigment from the skin

The dilution of ink, which we talked about above, is nothing more than a physical process. With increased bleeding in the area of ​​tattooing, blood becomes a real paint thinner, which means that the brightness of a tattoo itself decreases.

Due this reason it is not recommended to drink alcohol until the tattoo is completely healed. Especially in the early 2-3 days when a tattoo is a fresh wound. The increased bleeding will continue to wash the ink out of your skin, which can cause up to 50% loss of color!

No matter how trite it sounds, a tattoo is something that will accompany you throughout the rest of your life, and you must admit that it will be really offensive if you wake up after another party and find a tattoo on your body that you really did not want.

If in the process of alcoholic intoxication you have a desire to get a tattoo, immediately remember the hero of the famous comedy The Hangover, who woke up with a tattoo on his face. You don't want to repeat his fate, do you?

The decision to get a tattoo should be very conscious. You must clearly understand what you want to get. In this case the tattoo will delight you for the rest of your life.

Session cancellation by a tattoo artist

The work of a tattoo artist is a complex, hours-long process that requires a high concentration from the artist during whole session. Not all people enjoy the smell of alcohol. Therefore, even if the artist himself does not know about the negative consequences of a tattoo under the influence of alcohol, he can cancel a session only for this aesthetic reason.

You should think twice.

Is it possible to drink alcohol after a tattoo session? 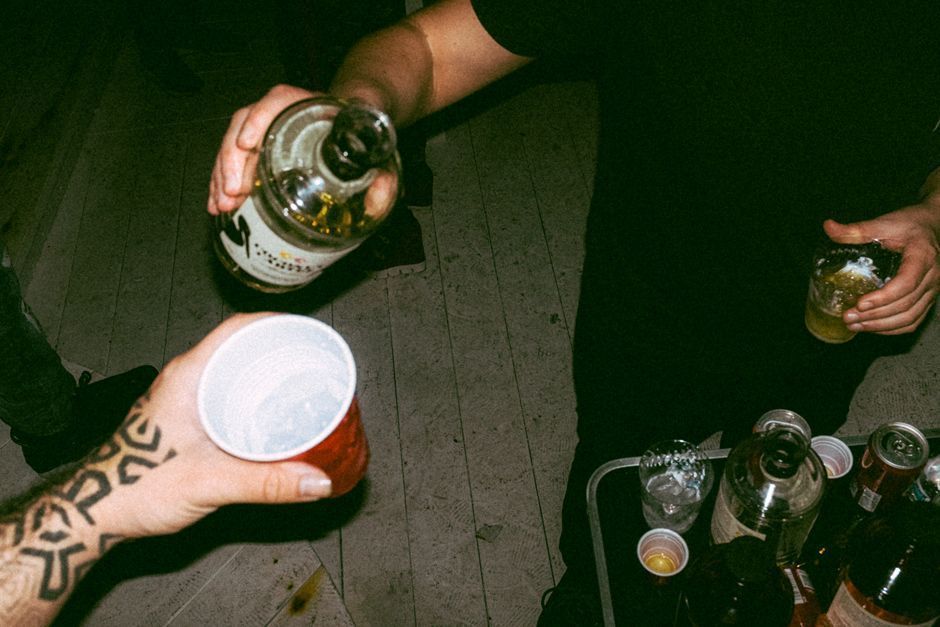 As we already wrote above, alcohol is not recommended for use until the tattoo is completely healed. For all people, the process of skin regeneration proceeds in different ways, but on average it takes from 2 weeks to a month.

Even a tattoo artist cannot give an accurate forecast. However, you can figure out for yourself that alcohol is more harmless to your tattoo when you find a thin matte film on the damaged surface of the skin, similar to the one that occurs from a sunburn.

The appearance of a film means that the damaged skin is healed and there is no more risk of bleeding (and also washing out pigment from the skin).

As a conclusion: Alcohol and a tattoo are incompatible things!

Text Anton Yarovoy
FAQ, Tattoos
Share:
Previous
Next
It will be interesting too

Scars & Ink: All You Need to Know About Covering Up A Scar
FAQ, Scars, Tattoo