Vyacheslav Dolzhenko about tattoo conventions and participation in the Pro Team

In anticipation of the beginning of the Russian season of tattoo events, we decided to talk with participants and the main heroes of these events, with tattoo artists.

Today, our guest is Vyacheslav Dolzhenko, a tattoo artist from Volgograd (Russia), a member of Pro Team of the КРАСКА Tattoo Ink.

- When was your first festival in which you participated?

- It was rather not even a festival, but a tattoo battle. At that time it was probably the first tattoo battle in Volgograd. It was around 2009 and it was interesting to participate in it.

It was scary. Like on exam. Because there were artists who had been in this business much more than a year. 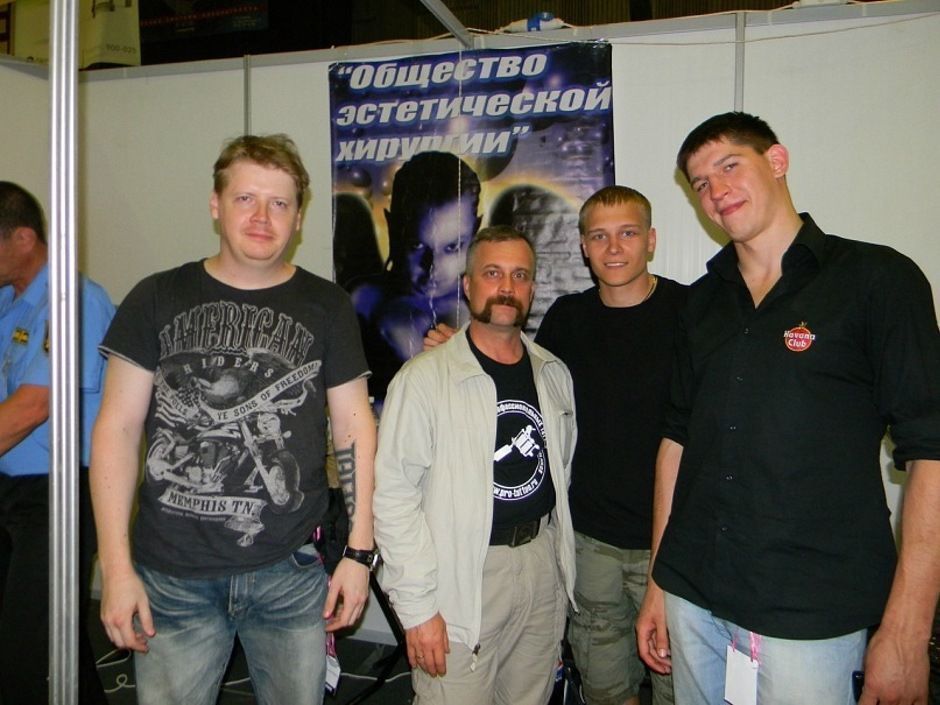 The next event I visited was the St. Petersburg Tattoo Festival, it was in 2011 or 2010. But it was completely different. I did not participate, did not exhibit, because at that time my level was very weak.

I came to look at mastodons from all over Russia, and for me it certainly was such a gorgeous something. I just went looking and was shocked simply. For half an hour I stood and stuck in the way how people work, in the technique, what they do, how they do. It was certainly very cool. 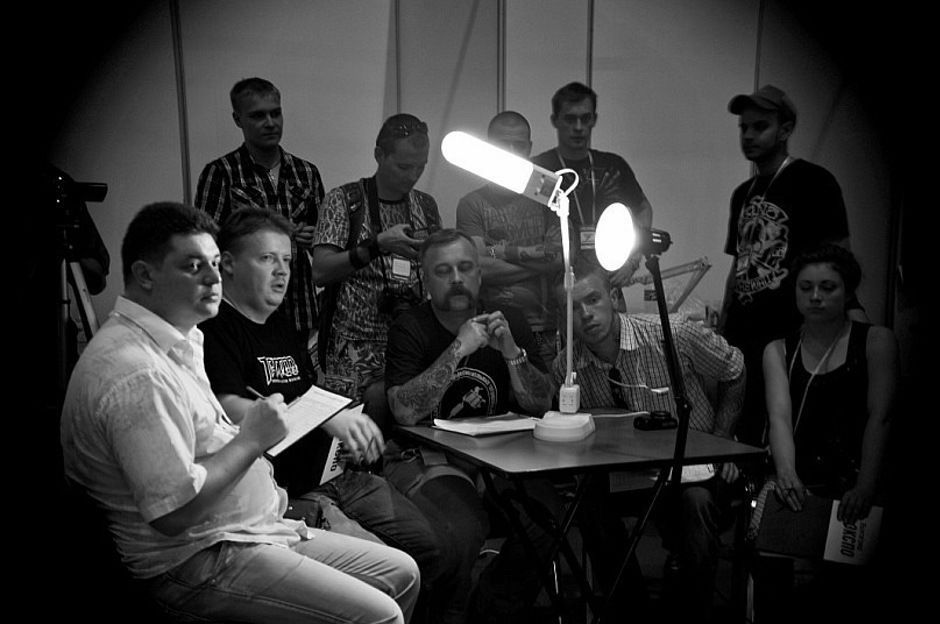 - What attract you to such events?

- At festivals, I really like to chat with new people. In Volgograd, of course, we communicate with the guys on work or on some other issues. But with those tattoo artists that you don’t know, we have only one opportunity to talk - it’s to attend festivals. And at these festivals you usually meet a lot of cool people, tattooists that you haven’t read about, didn’t see them, and here some girl or guy sits and does some crazy things. You look and think: «Damn, why haven't I seen you before ?!» 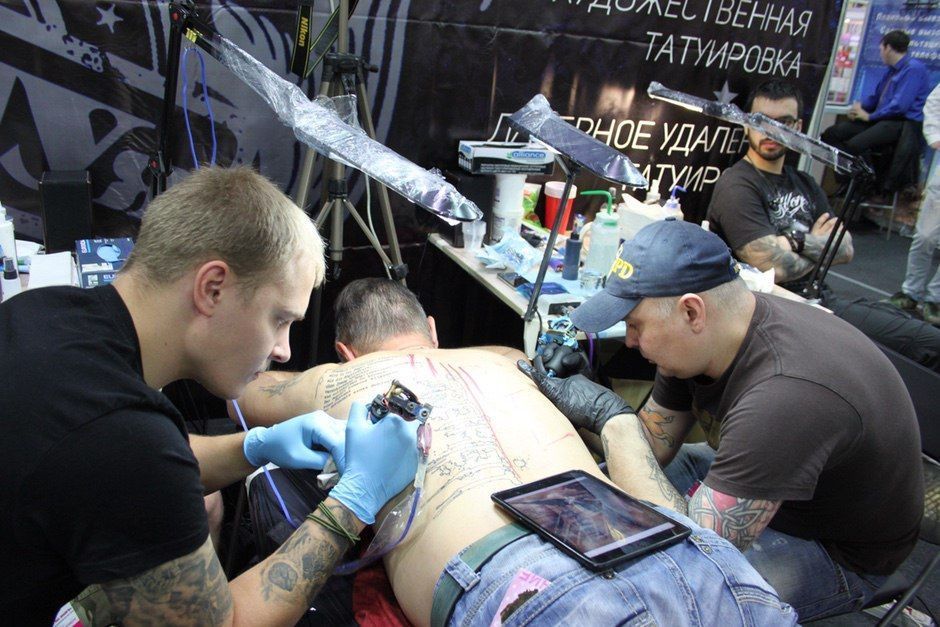 Everything is cool until you work, as soon as you start working - the work completely absorbs you and at these moments for me the tattoo festival is already over. I just sit and work and don’t notice what is happening at all. But after, you can have a break, talk with the guys, discuss various topics and the industry itself.

- What I don't like at festivals and tattoo conventions is probably ... Damn, I really like everything! Because every time this is a change of scenery, and I'm not one of those people who are trying to find some disadvantages. If you come to the event - enjoy. If you don’t like it, you just don’t go there and that’s it.

I still try to always look for advantages, because communication with other artists more than covers some potential disadvantages in the organization and so on. 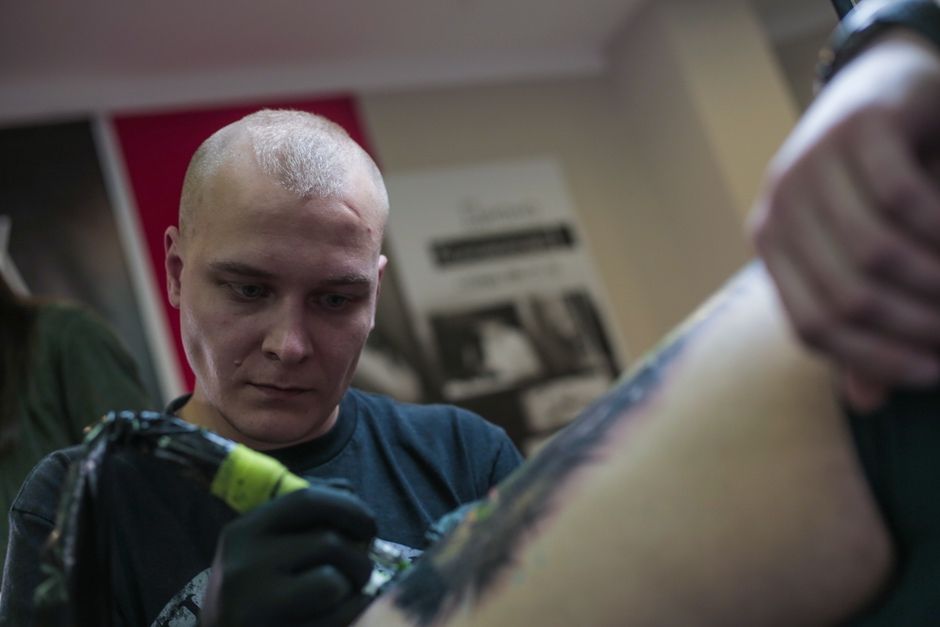 Disadvantages are certainly present, but I don’t even know what to say directly on the points. Somewhere ones, somewhere - others. Most often, the opinion about the event is formed according to the reviews of people. Anyone who is more eloquent in this story, they will always find cons, but it is desirable, of course, to look for the pros.

- And what would you like to see at tattoo events in the future?

At festivals I would like to see more the real live work of tattoo artists. How they work at all, from the beginning point until the end. It is desirable that these were works completed in 1 day: sat in the morning, finished in the evening or in the afternoon. But I would like to see the whole process of creating work from beginning to end. 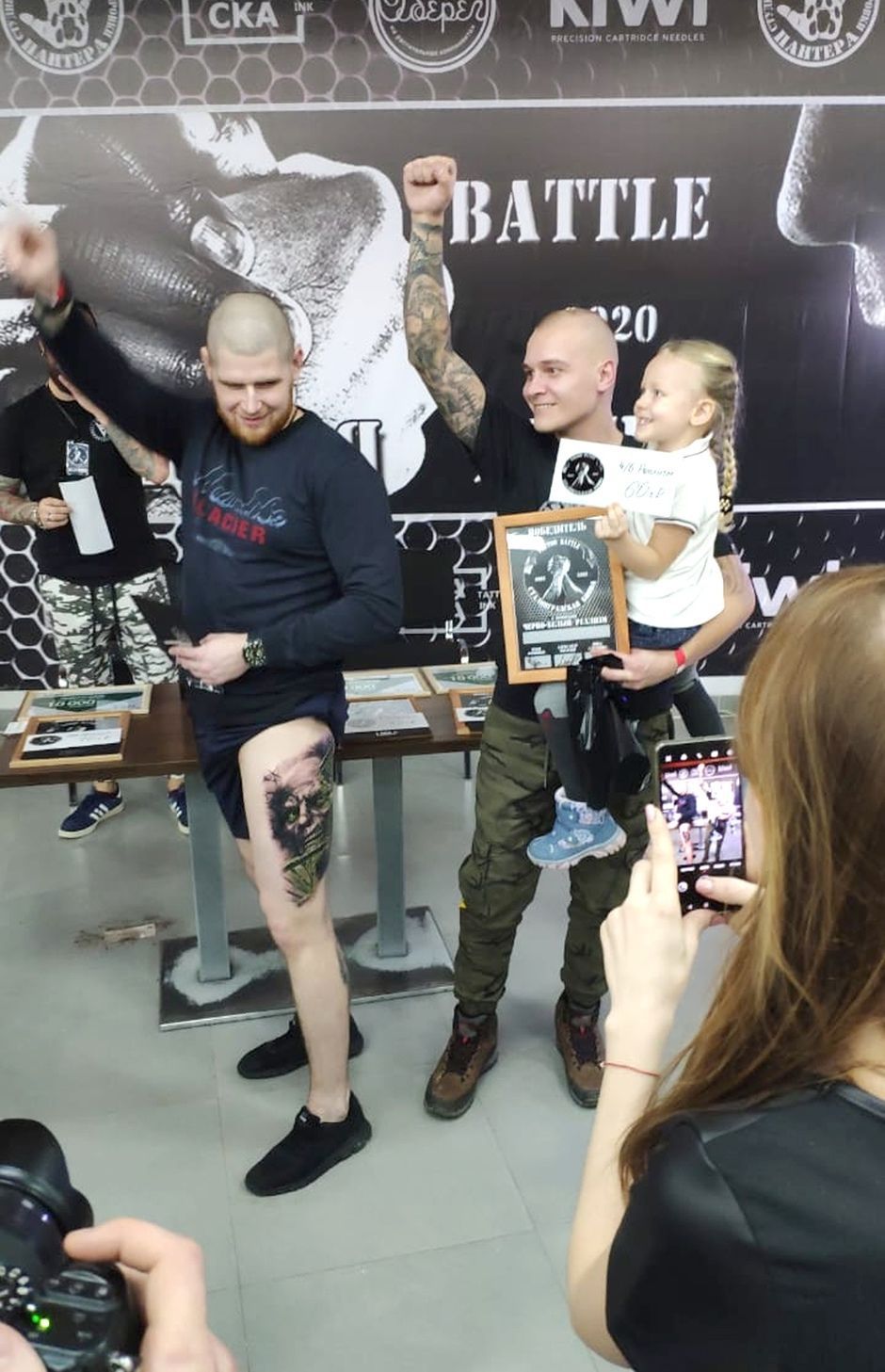 There is something else that is often lacking in fact at conventions. On some it was, but not at all. When the organizers put the camcorder and display the image on the big screen. Then you don’t have to squeeze through the crowd to see something on stage. Very handy thing.

- Tell me a little about how you got into the Pro Team of КРАСКА Tattoo Ink? And what does it give you?

- I joined the КРАСКА's Pro Team in 2016. In fact, the guys had an excellent idea to create their own professional team. A lot of communication, a lot of useful information, a discussion of certain minuses and pluses of products and, in general, an understanding of how to work with certain things. Such an exchange of experience is very useful for tattoo artists of any level. 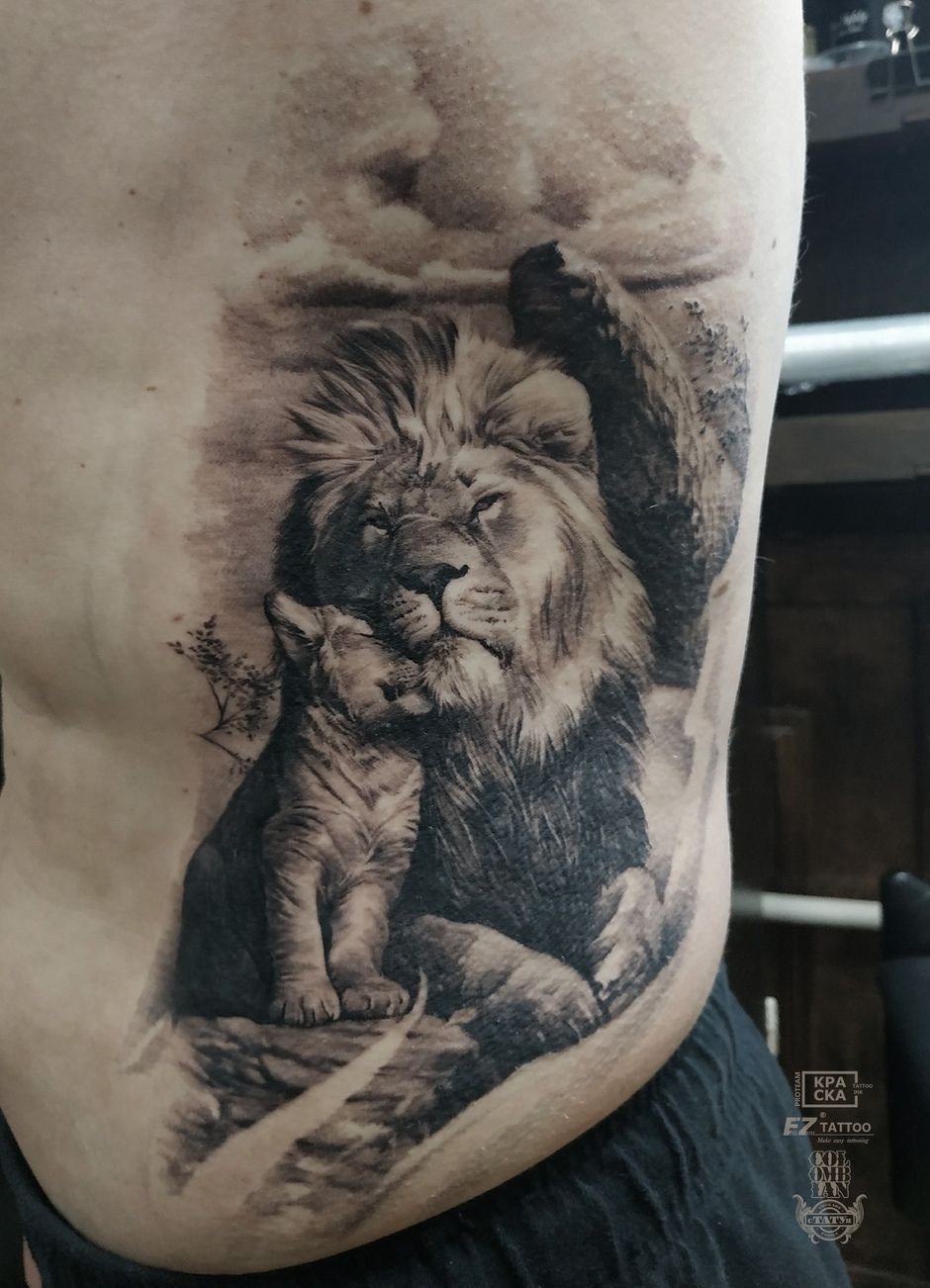 When you get to the festival as part of the Pro Team, this is already such a pleasant story. Let's just say that the very concept of Pro Team gives you the opportunity to communicate with other team members on a slightly different wave.

I would especially like to note the support from КРАСКА. There was a case when I was at the festival, but I suddenly discovered that I had forgotten to bring in some of the inks that I needed for work. Fortunately, the КРАСКА's stand was already standing at this event, and I just walked over and calmly received what I did not have enough. Providing the Pro Team of КРАСКА at the highest level! 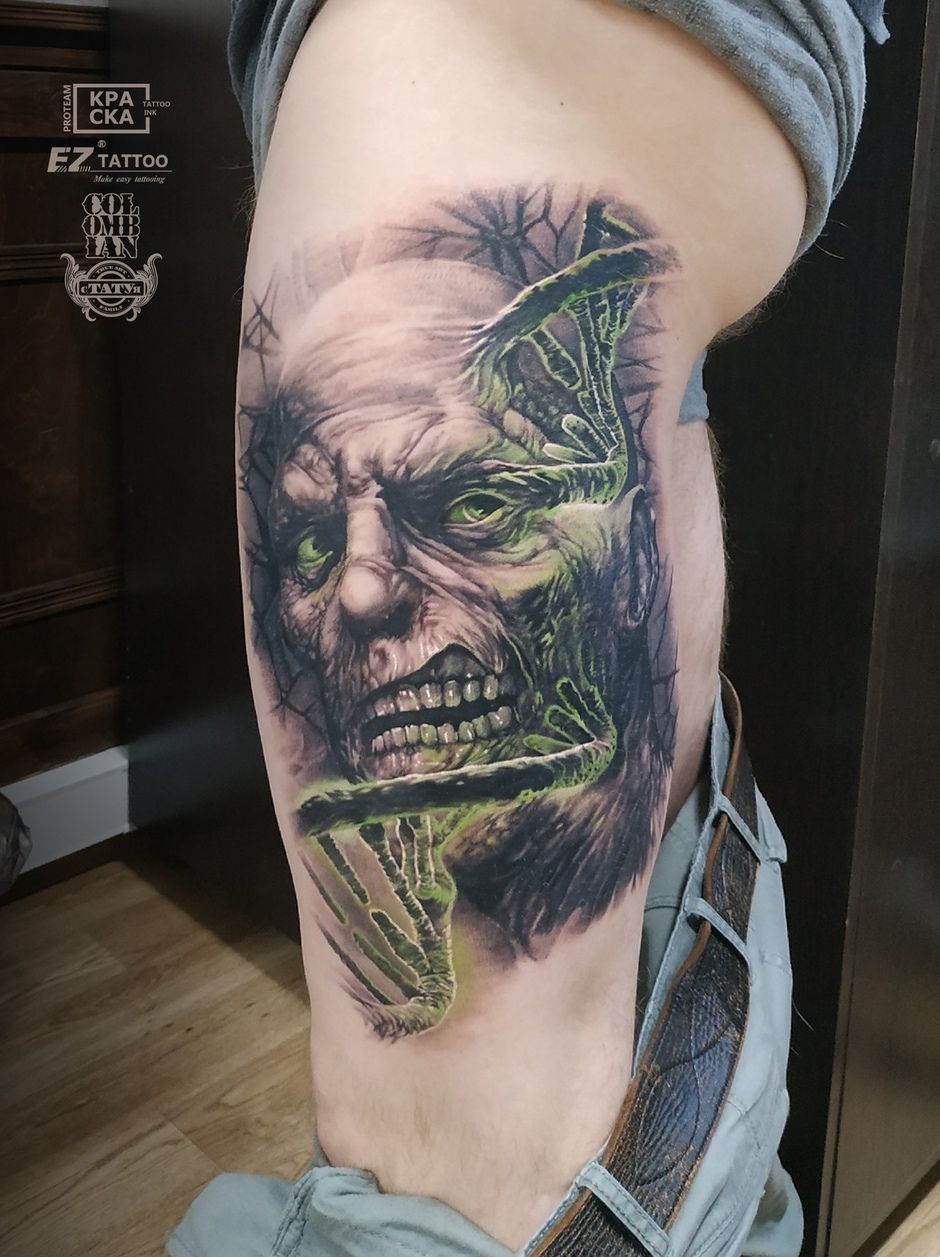 Definitely, festivals and conventions must be attended by tattooists of any level, firstly for the exchange of experience, and secondly, of course, for inspiration. After all, this creative, friendly atmosphere, like no other, has a beneficial effect on this. The same applies to clients of artists or people who are just interested in tattoos, follow artists in social media. Nowhere except at festivals you will not see live what a fresh and healed work looks like, and this is sometimes the most important factor in choosing your tattoo artist. 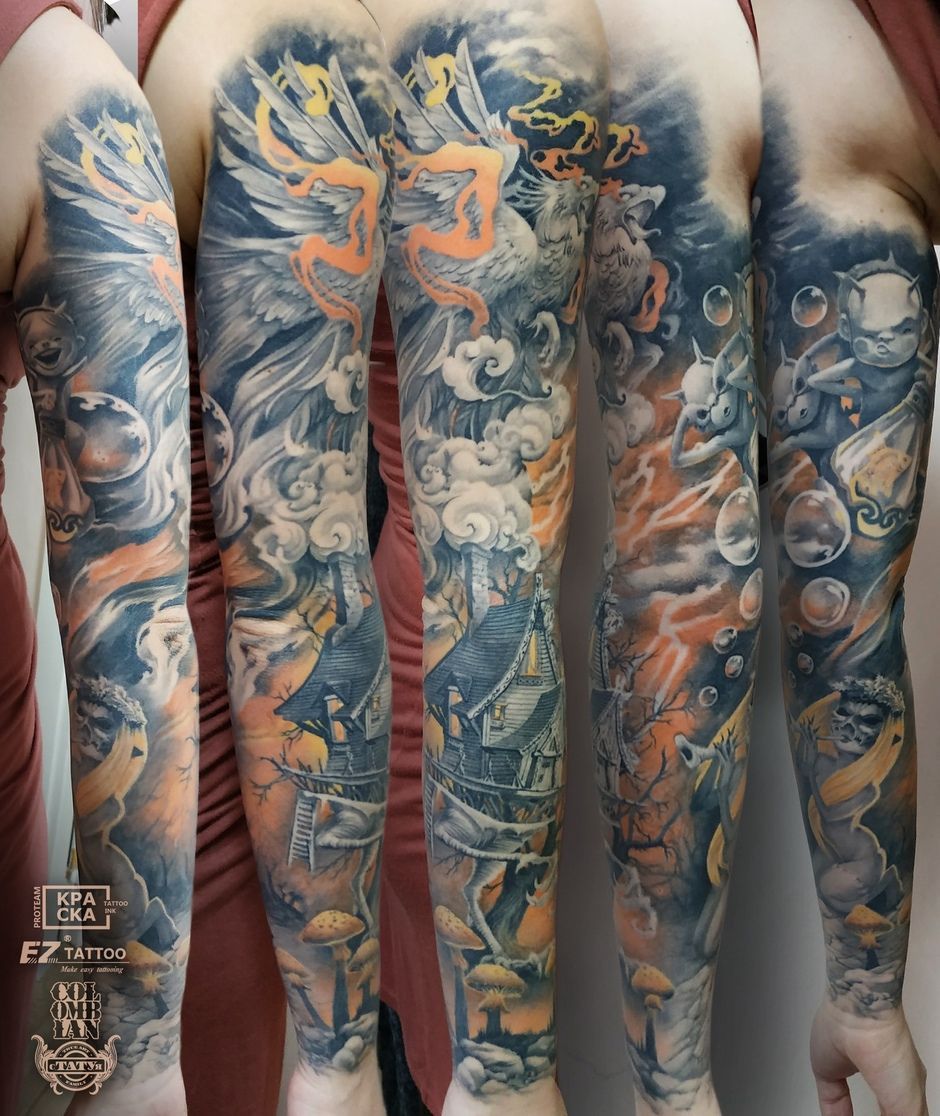 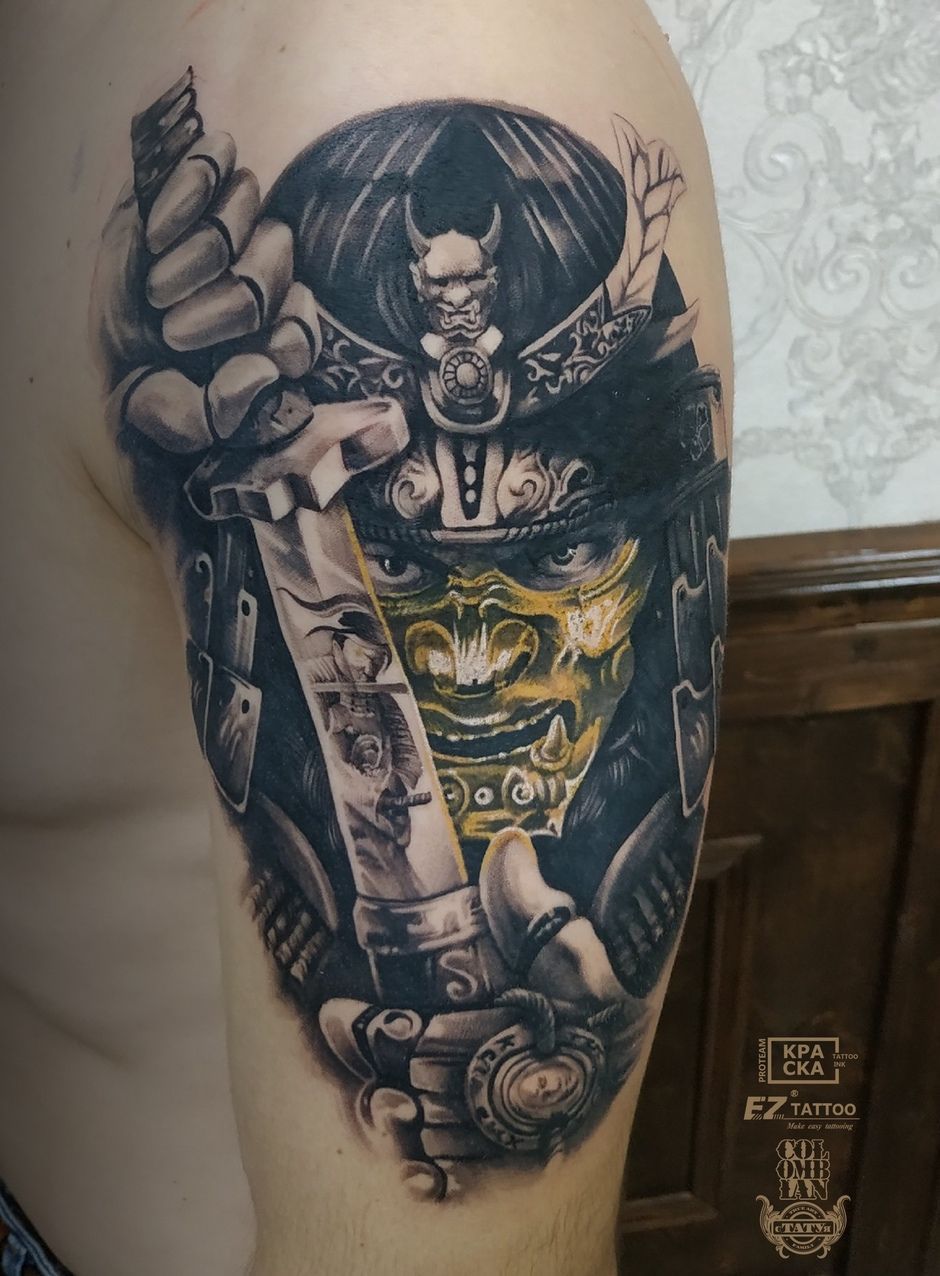 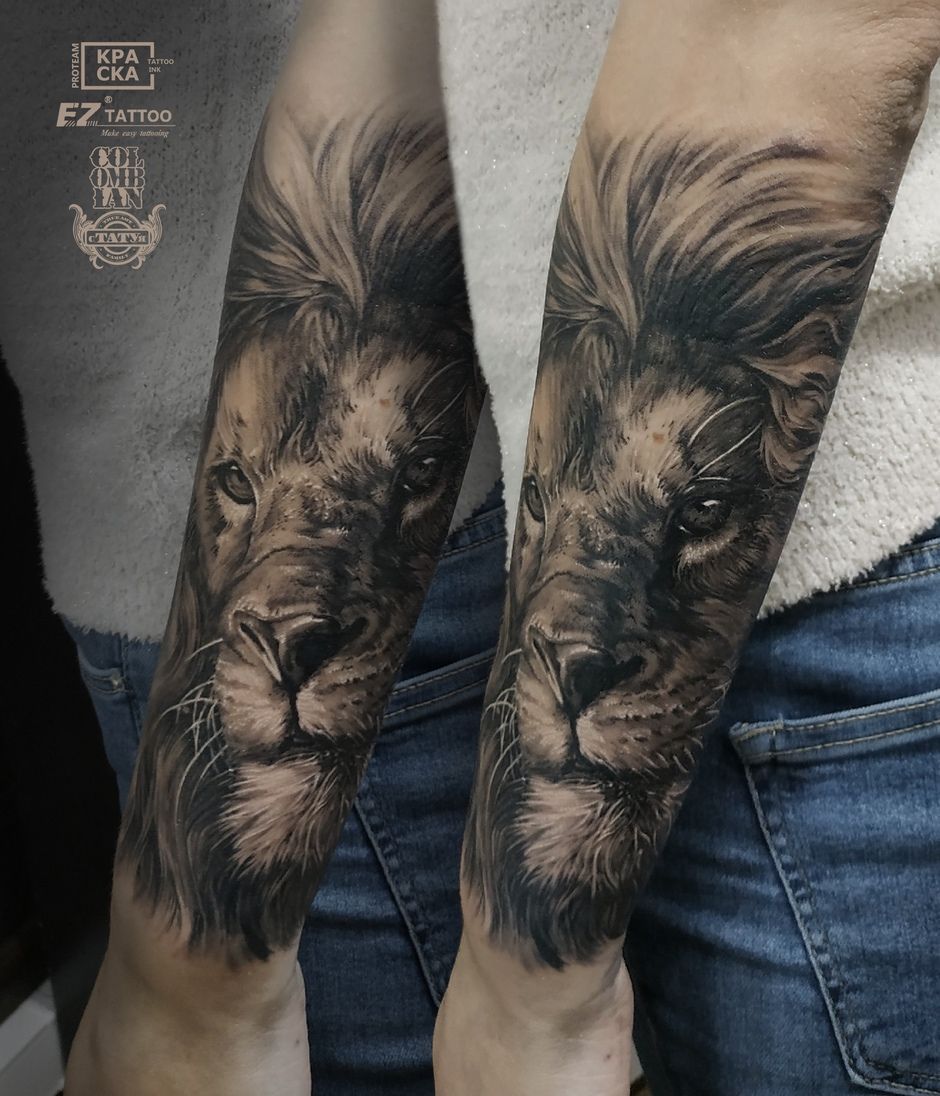