Nikita Umetsky is your comrade!

Today, in our section getting to know the tattooist, we want to talk about a promising tattoo artist from one provincial, but not so remote from the Russian capital, city of Tambov - Nikita Umetsky.

Nikita is making tattoo about 5 years, works in the technique of color and black-and-gray tattoo realism, however, for many regional artists it is difficult to gain wide popularity due to some peculiarities.

What is the «Tambov wolf» sad about? Find out in our interview!

- Hello Nikita! Tell us about yourself. What did you do before tattoo?

- Hello! Kindergarten, school, everything like everyone else. After the 9th grade, I entered a medical school in Moscow, where I lived for about 5 years, and then appered the first manifestations of interest in the tattoo industry. 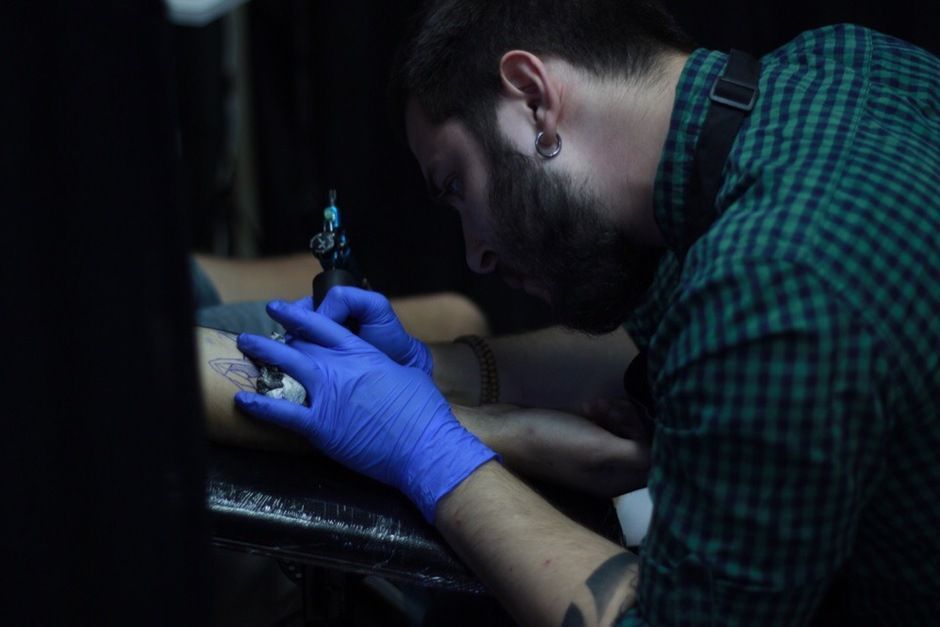 As for drawing, I have been drawing for as long as I can remember. Drawing is my the first love and for a lifetime. At the age of 12, I even took 3rd place in the city drawing competition on asphalt, participated in a children's drawing competition based on fairy tales, but here, alas, I won nothing, they just told me that I could not draw such picture and someone drew it for me. My dreams were destroyed, and for many years I did not draw. There are several buildings painted by me, and, of course, paintings in calligraphy, but this is more like a hobby. 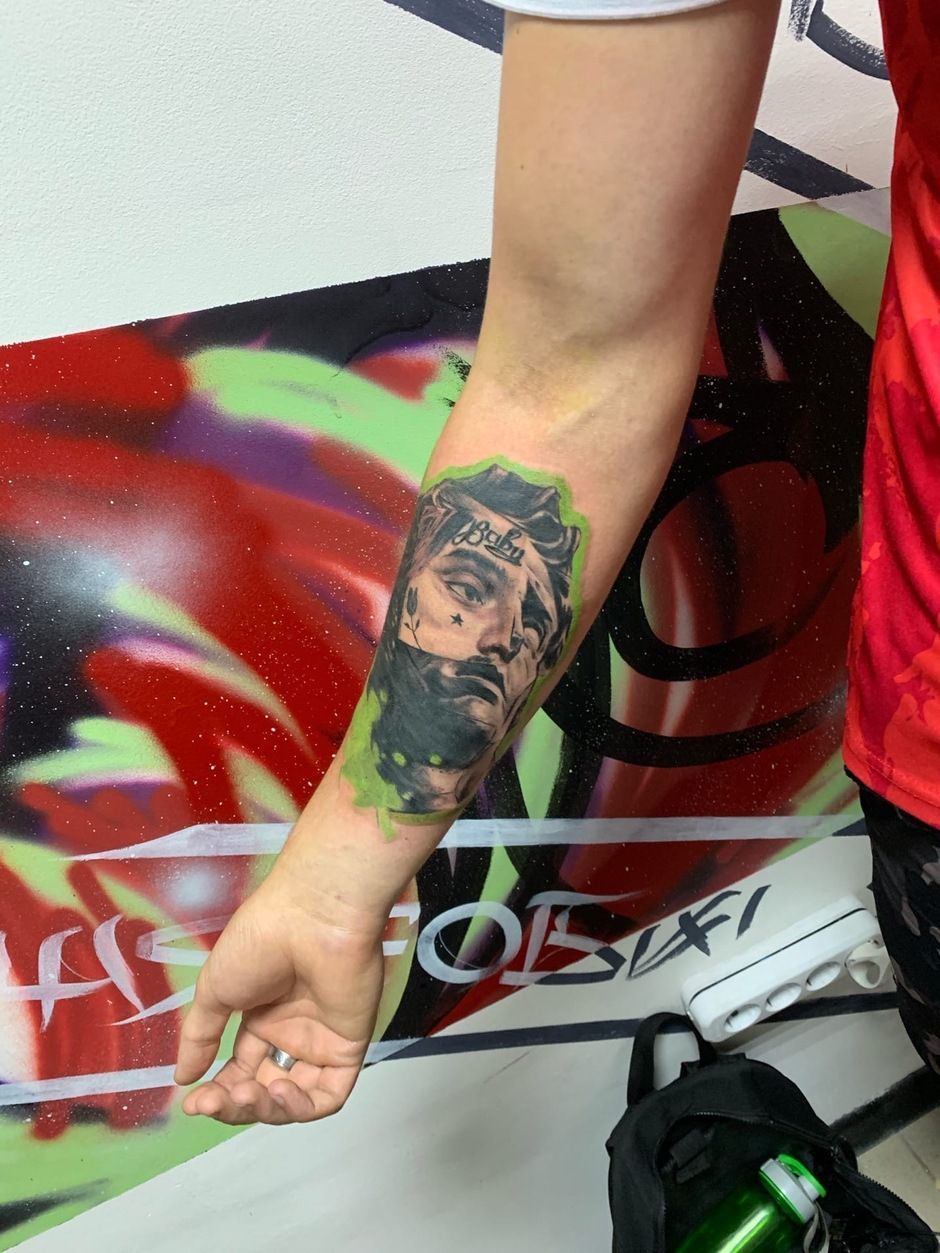 Once I managed to participate spontaneously in the reality show «House Exchange» on the «U» tv-channel - it was a funny experience.

- Why did you decide to start tattooing?

- Once I just saw a tattoo in New School on the Internet and immediately realized that I fell in love! Then this passion was born. This awakened a new desire in me, for drawing, but only on the body, cause the tattoo looks much more interesting than drawing on paper. I love the visual aesthetics of the tattoo. 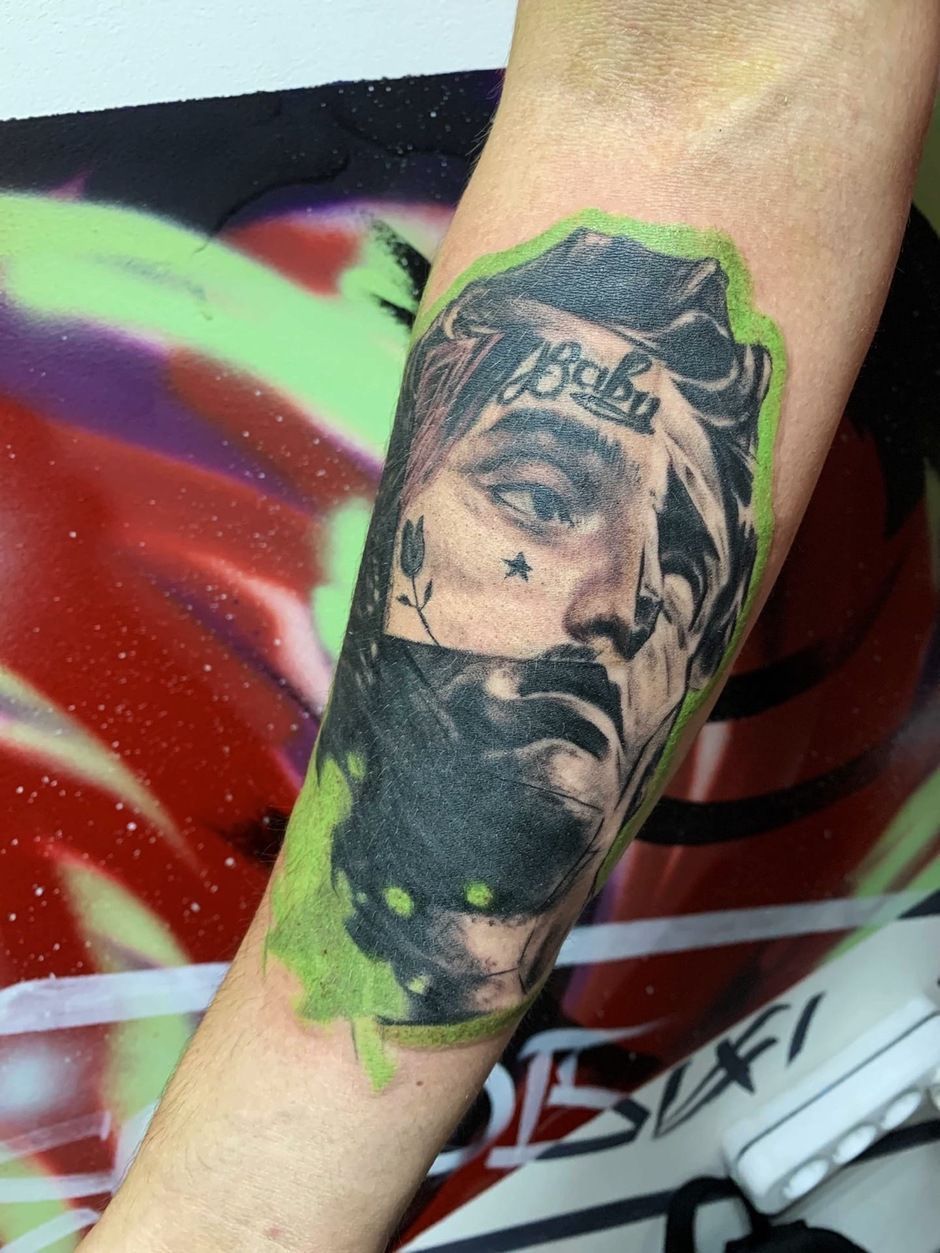 - Tell me about your path as a tattoo artist? What styles did you work in? What was the most difficult part of mastering this profession?

- Probably, the path began from the moment when I decided to order a tattoo set. It was 2013 or 2014, I won't say for sure, but the essence is that I wrote to a friend and offered him to get a tattoo, and he agreed without hesitation. Well, it started! It is clear that the first tattoo was not so good. Everything was assembled and done absolutely intuitively (laughs), although we had a computer with the Internet. 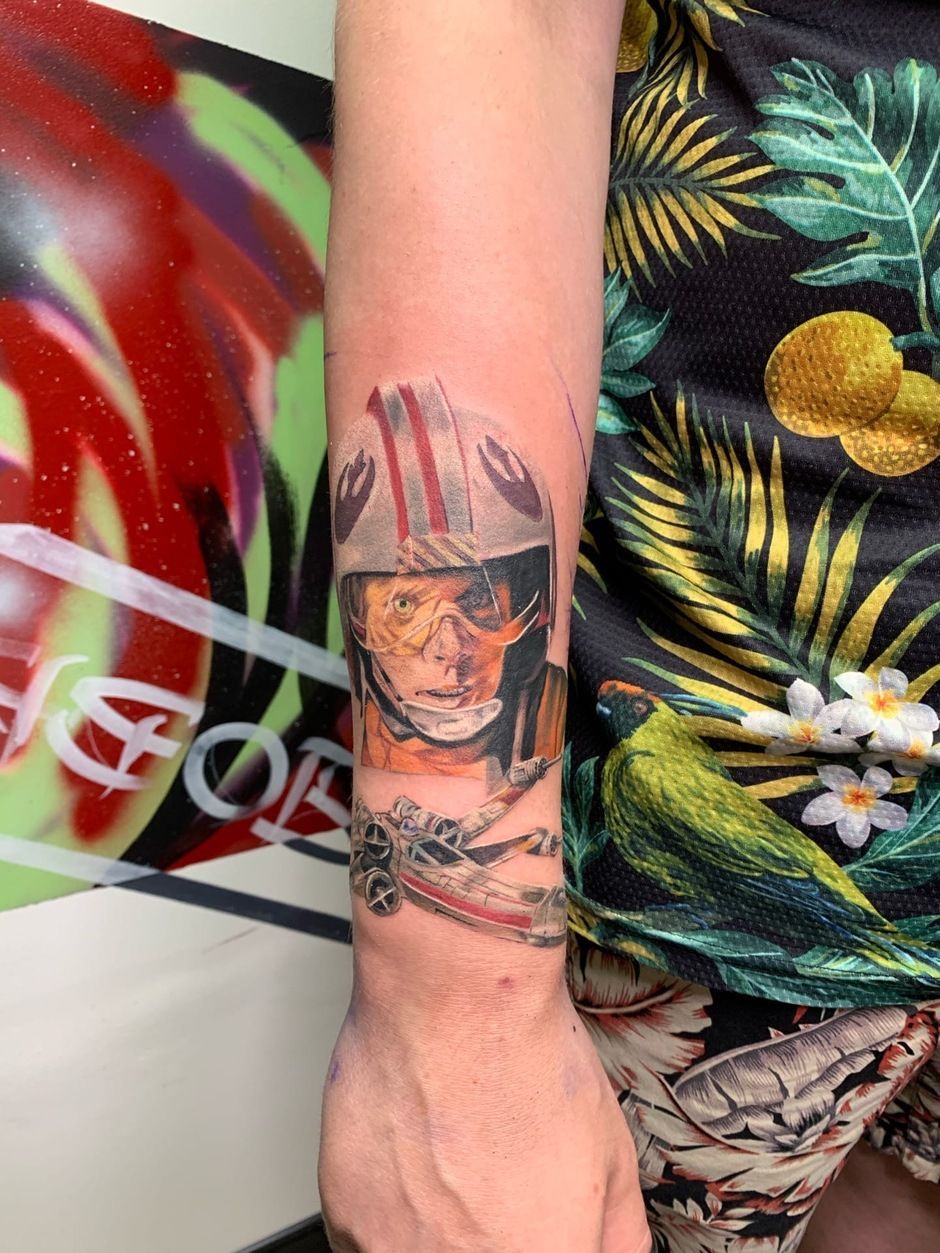 A little later, I put everything aside and sold it, and already in 2015 I decided that I really wanted to become a tattoo artist. I found express courses in Moscow, where they promised to make me a tattoo artist in 3 days, respectively, I took some money and went to study. Actually, the courses gave me just a little information, but I bought good equipment. This time I didn’t save any more. I returned inspired to Tambov, gathered friends for a session and began to work. 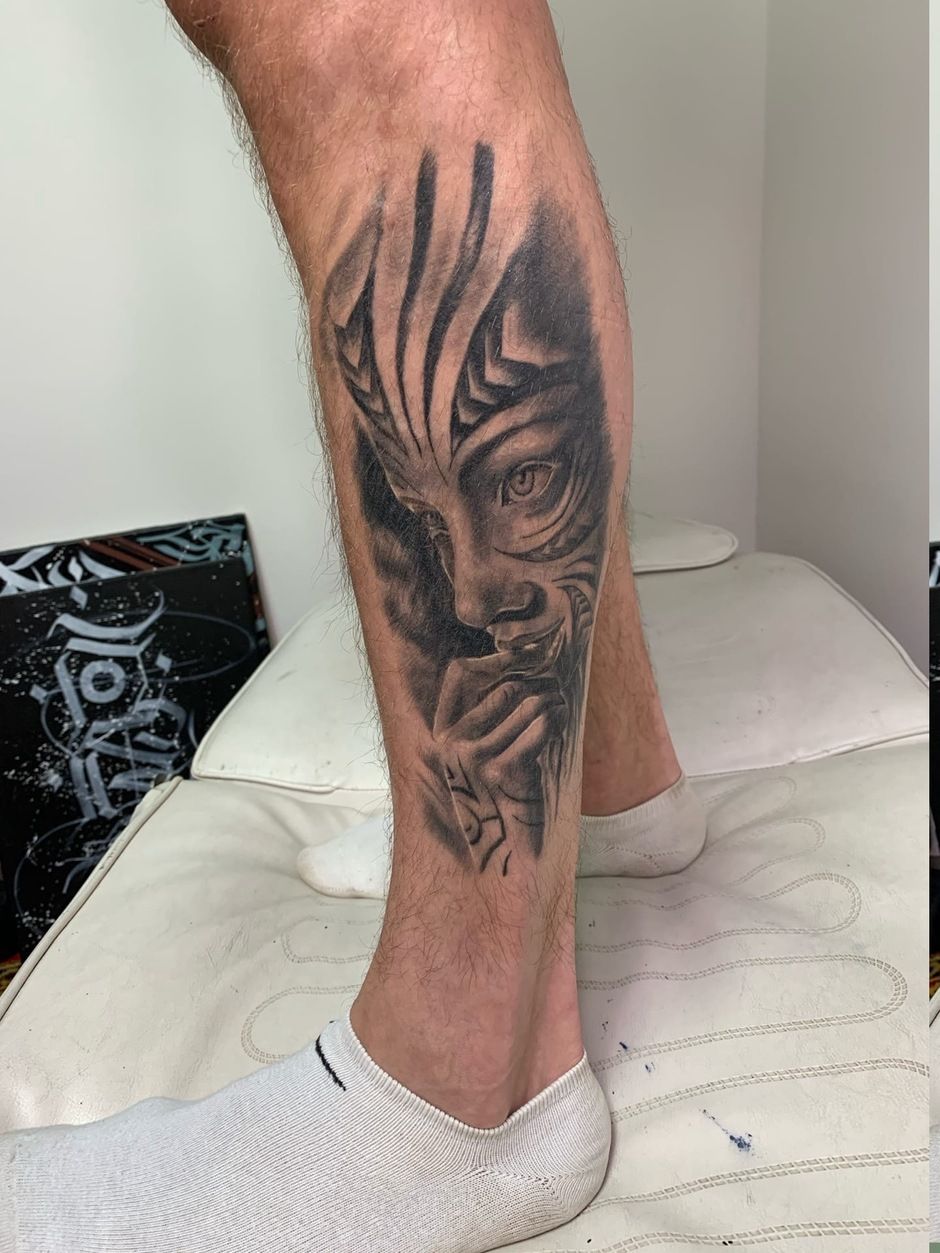 With each session, I became more and more aware of what causes problems in my work - because of the banal lack of knowledge in the technique of performance, and it began to seem to me that in fact I was making bad quality tattoos. This thought again prompted me that a tattoo is not for me, and again gave up this business, while realizing the full responsibility for the tattoos that I did for the guys, realizing that you cannot spoil people's bodies for money. 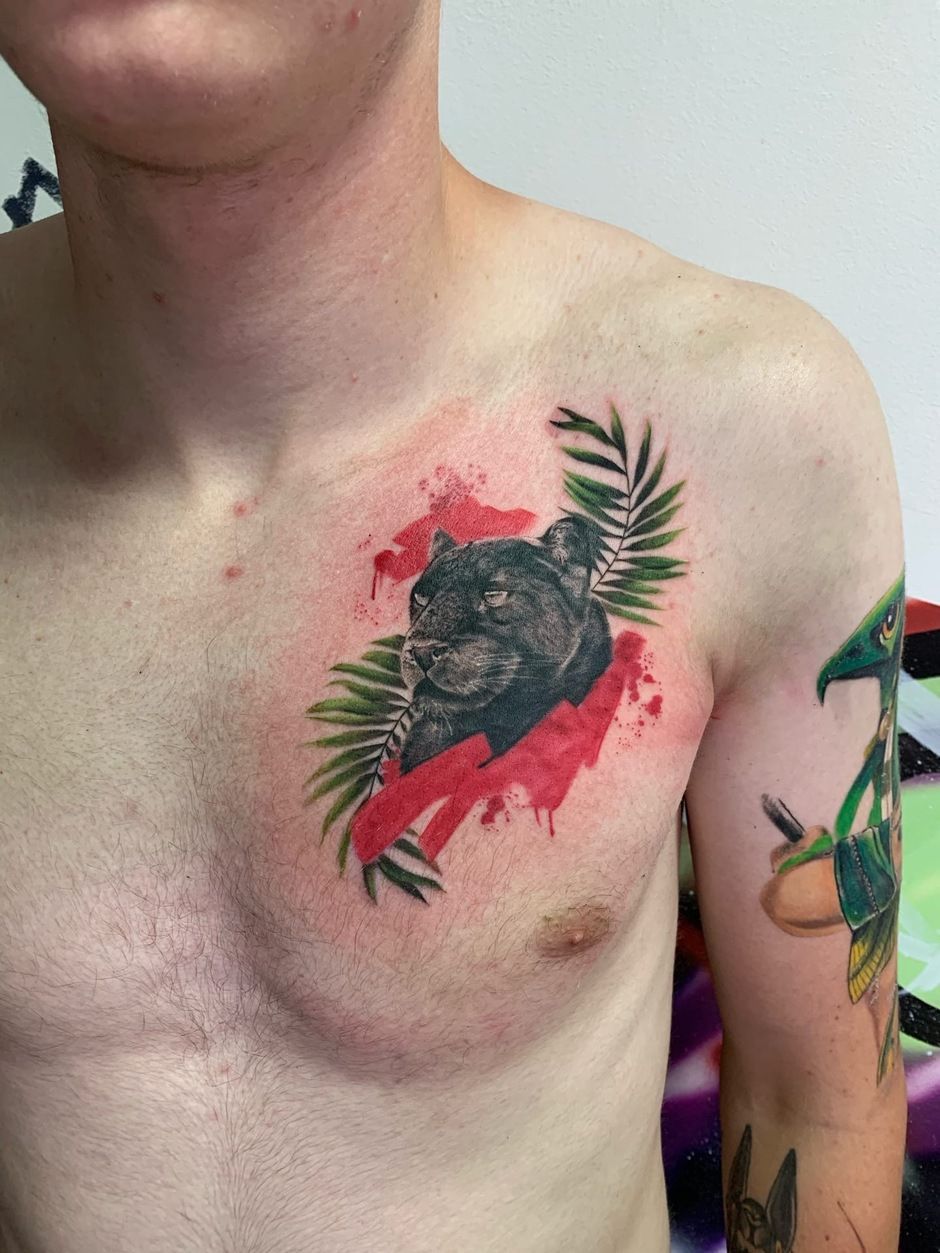 Therefore, after a couple of years, I decided to sell all the equipment in order to get the missing amount for a new start-up, no longer associated with a tattoo. But during this period I got sick, and the entire budget for the new business was spent on treatment, so I was confused about what to do next and how to make money.

At that moment, my future wife again insisted that I should continue to tattoo. Honestly, I was refusing, but nevertheless I decided to try my luck and understand whether I need to do this further or not. I spent a couple of weeks locked up at home researching hundreds of YouTube tutorial videos. The first session after this break had to decide whether I would be in a tattoo again or not. 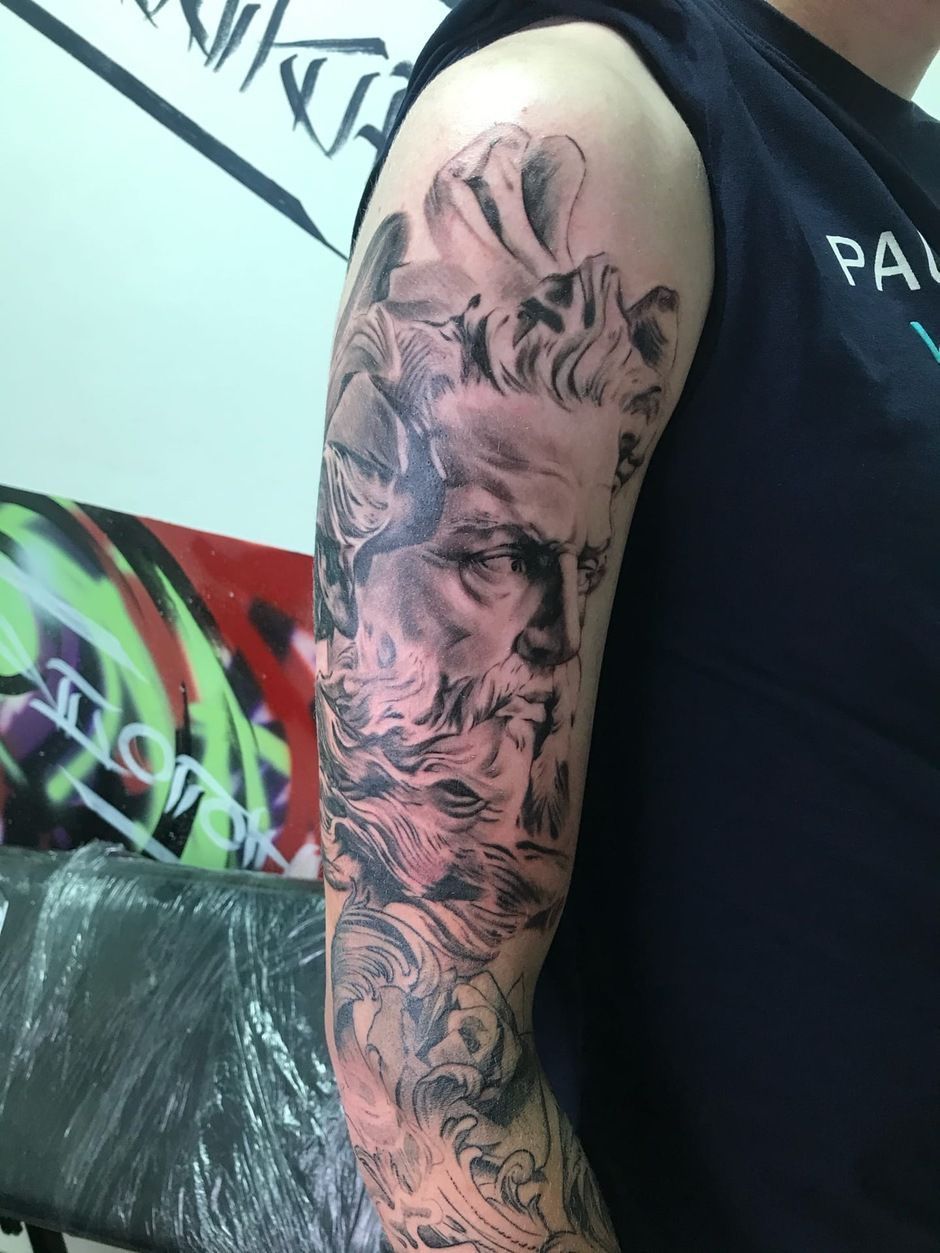 The result of that period was that I started tattooing 3 times better than before, and for me this became a new hope. As a result, for 3.5 years now I have been working in a tattoo without interruption, I constantly set myself deadlines for achievements, I try to achieve the ideal in visual aspect. The most difficult thing was to force myself to start again, continue working on mistakes and not give up when something goes wrong in the process.

- Tell me about the compromise of tattooing in the regions. In other words, tell me what difficults you have to face in your work?

- Well, in the regions everything is as usual: endless lions, tigers, wolves, classics, inscriptions, infinity, tribal, etc. Unfortunately, this has not gone anywhere and remains to this day. People are afraid of experiments and large tattoos, show a picture or a photo with a tattoo, and that's enough for them. This also applies to the price range in the regions, and the weak paying capacity of clients, which is generally bad for the entire tattoo industry in Russia. 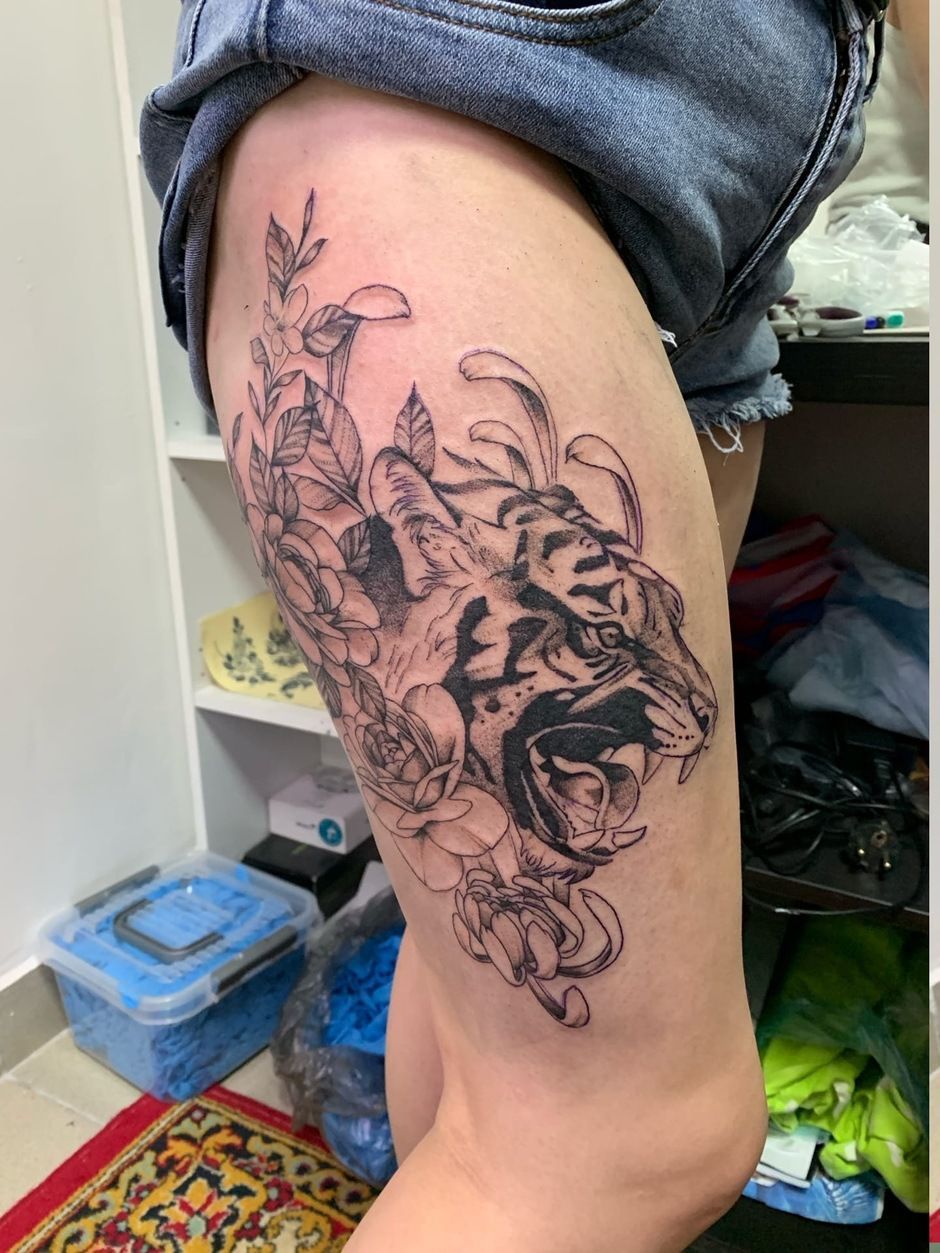 - Then tell me about the strangest client or story that happened with you during the session?

- Yes, there are a lot of such stories in the province. Even when my friend and I had a small room instead of a studio, an adult man signed up for a session to us, apparently gypsy. But as it turned out, he wrote not himself, but a 12-year-old girl from his camp... As a result, on the day of the session, a crowd burst into the studio: men, women, grandmothers, babies in their arms (laughs). But they came as a whole family so that the artist dissuaded this girl from making the tattoo, cause tomorrow she had a wedding (!!!). In short, we worked among this crowd, which stood above the soul and advised what to do, how best to do and wildly interfered with work.

Pavel Angel Arefiev - about life, career, tattoo events and the future of the world of tattooing 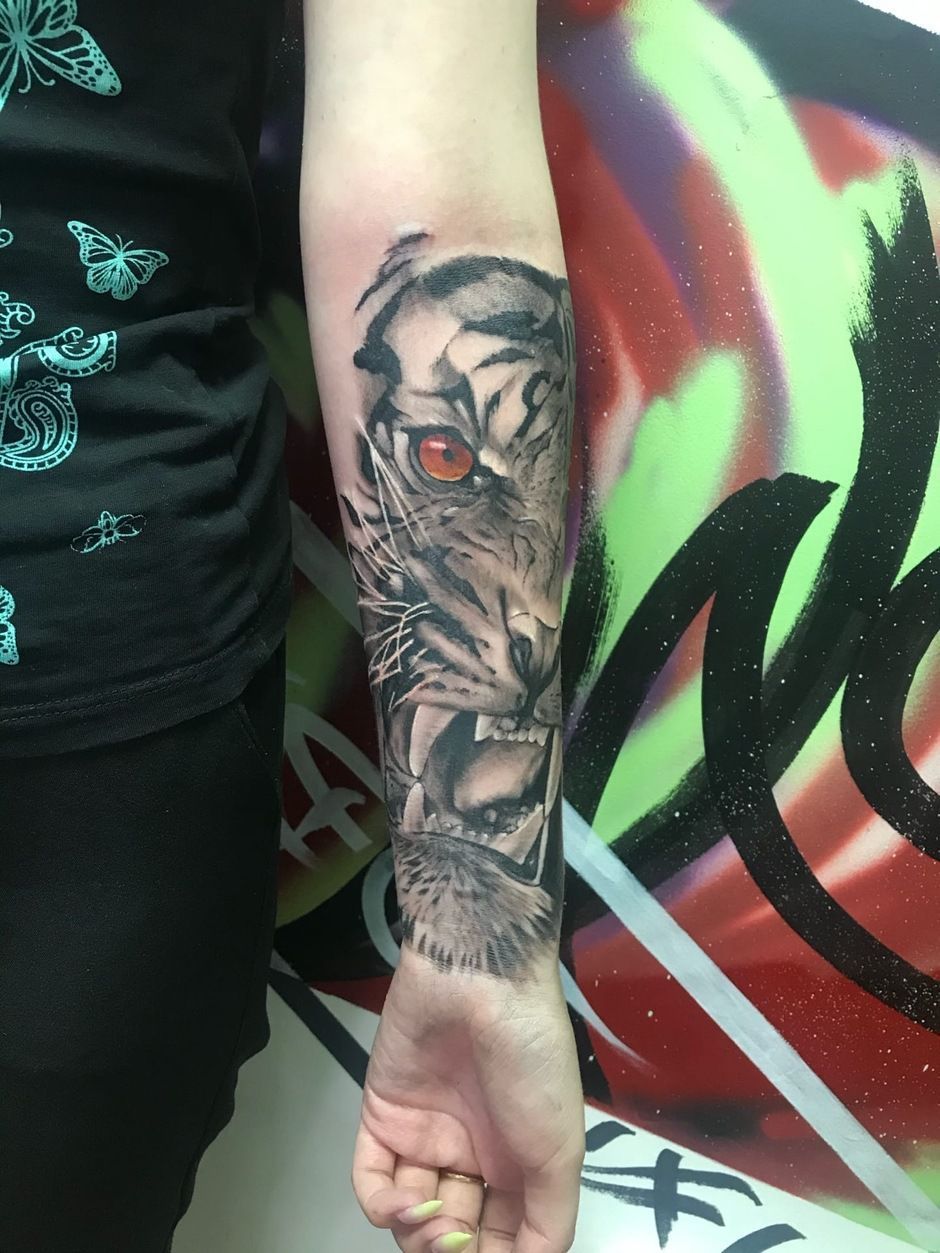 - How did you eventually come to realism? What did you study already and what else do you plan to learn?

- How I started working in realism... I don't know, probably I just tried to take on more complex and interesting projects for me. It seems to me that the most interesting and complex style is precisely color realism, and plus I like to dig deeper into the details, think about how to make it better and more interesting. 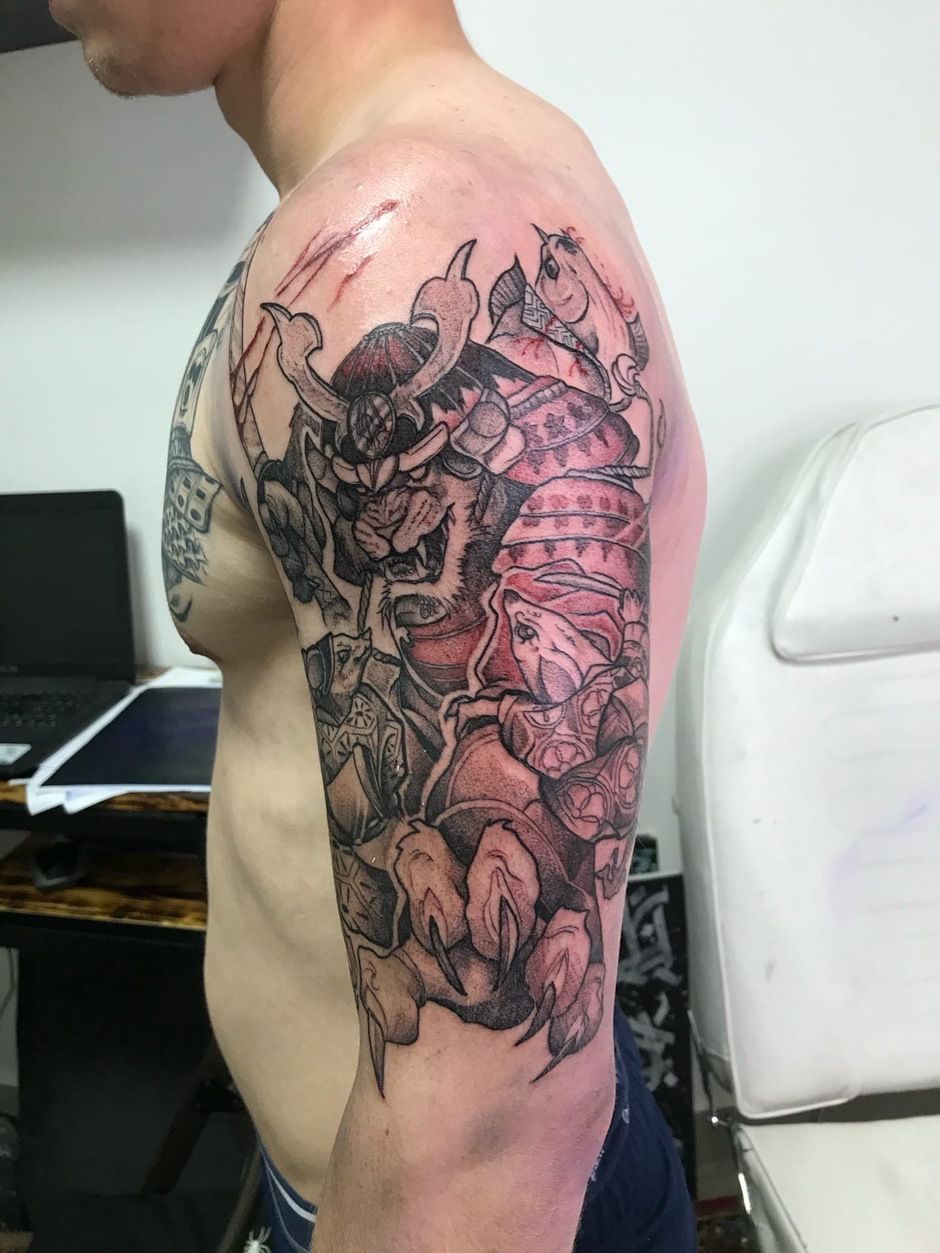 - What are your plans for the future in tattooing and in general?

- Of course, like any tattooist, I want to go to the top (laughs). But for this there is still a lot and a lot of work. In the coming year I will participate in tattoo conventions in the capital, and a little later I hope to work abroad, it would be a very cool experience. Of course, in the future I would like to get into the pro team and open my own studio. 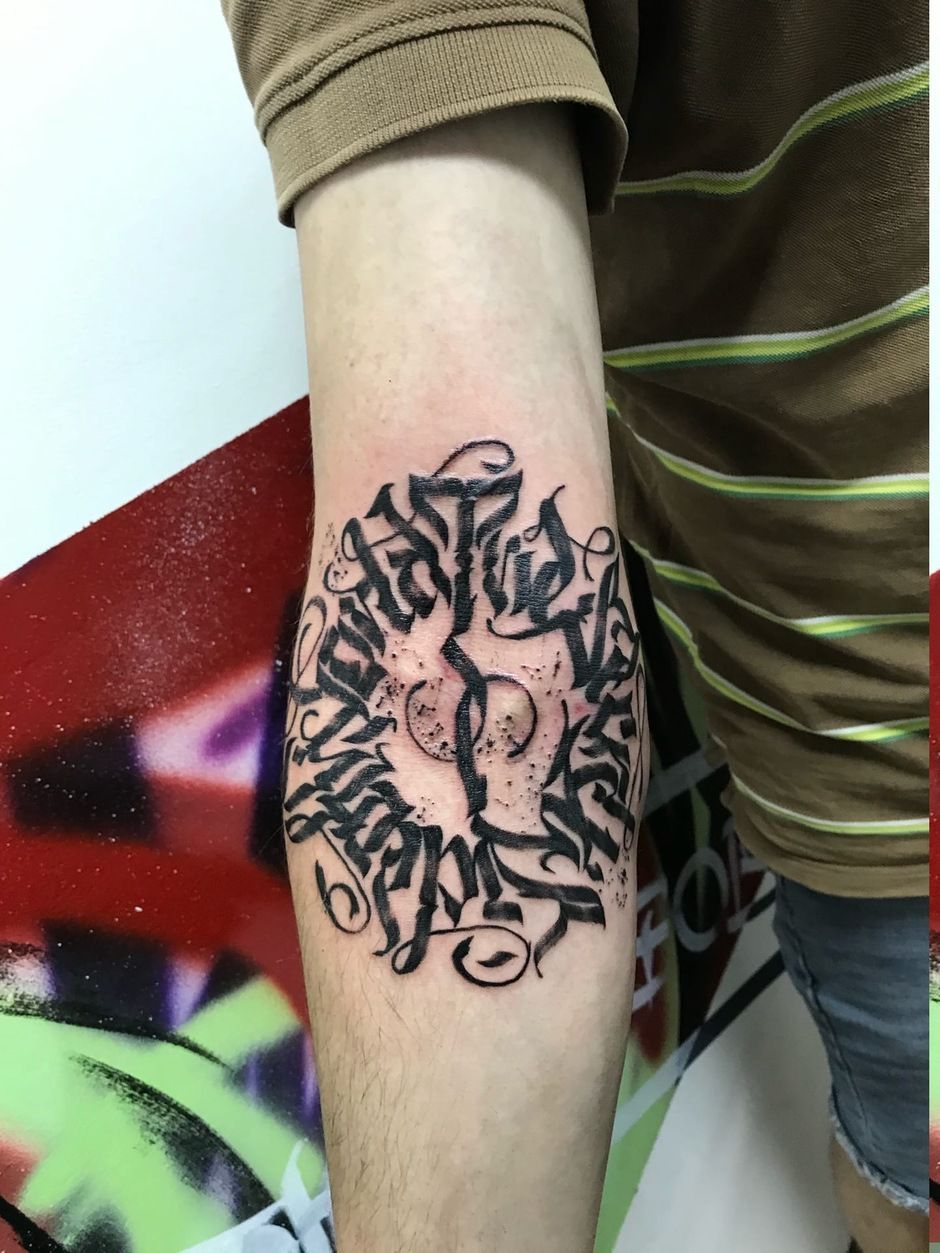 Text Alexander Ledovskih
TattooArtist, Realism, Interview, Exclusive
Share:
Previous
Next
It will be interesting too