- Place for the tattoo

- The quality of the used pigments, the degree of paint dilution and the professionalism of the tattoo artist

- Tattoo fading on the sun

- DO THE BLACK AND GRAY TATTOOS FADE OUT?

Despite the fact that a tattoo remains with a person throughout his life, the appearance of a drawing can easily change over the years.

Fading of tattoos is a problem that needs to be dealt with correctly from the very beginning, then the tattoo will delight you with its freshness longer. The process of tattoo fading is directly related to the natural renewal of human skin.

The change in the appearance of the tattoo becomes noticeable, on average, after 5 years from the date of application. Moreover, contrary to common misconception, not only color tattoos fade over the years. Black and black-and-gray tattoos are also losing their appeal, but each type of tattoo has its own term and its own recipes for «youth».

Color tattoos, unfortunately, are much more susceptible to fading. The duration of this process depends primarily on the quality of the pigments, the type of skin, the place where the tattoo is applied, the professionalism of the tattoo artist and the subsequent care of the tattoo.

As practice has shown, pale and pastel shades lose their saturation most quickly: pale blue, pale pink and so on, in which the same watercolor tattoos are most often performed, which are performed without the use of dense staining, with a high degree of paint dilution to preserve airiness tattoo. 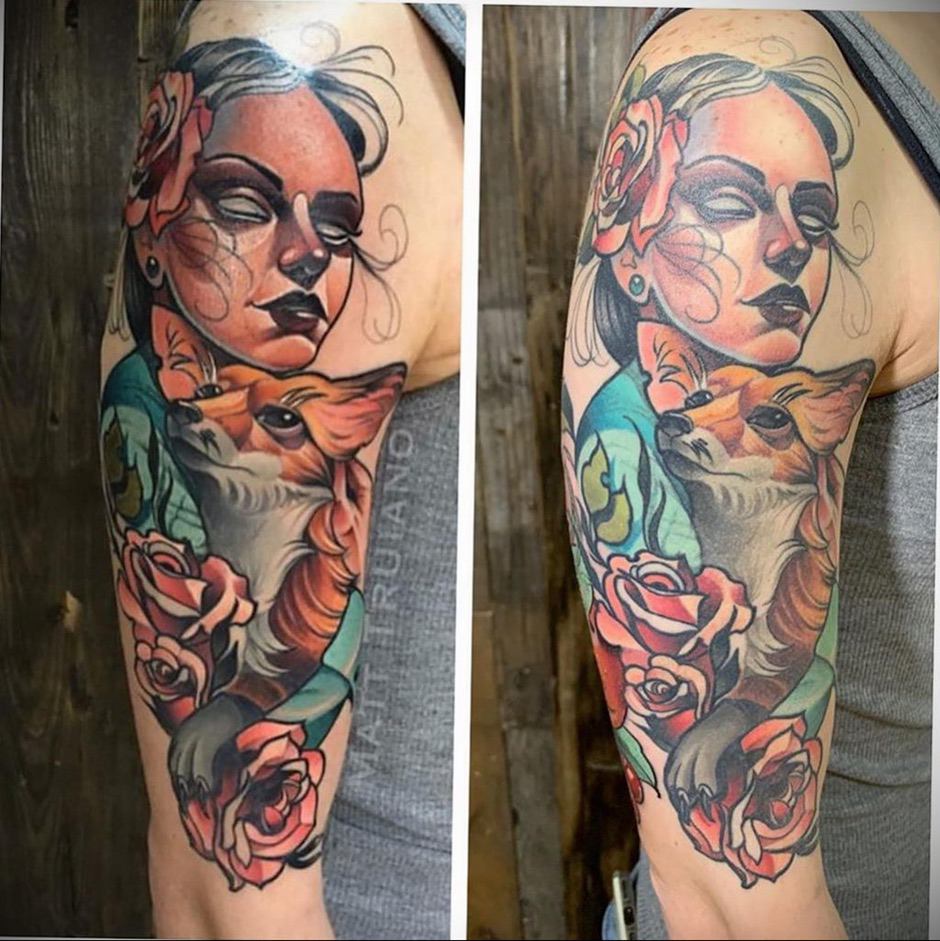 They are followed by: yellow, orange, green colors. Moreover, in relation to these colors, the individual characteristics of human skin play a large role. For some, the yellow color remains unchanged in the skin for many years, while for others, it disappears almost without leaving a trace.

The reasons for fading tattoos can be broken down into several categories.

Place for the tattoo

We put this reason in the first place, since we said earlier that the process of fading is primarily associated with the natural renewal of human skin, but for some reason, until now, most people do not think about the future of their tattoo BEFORE the moment of applying it.

It is important to understand that a tattoo on movable skin areas such as palms, fingers, feet, elbows has the least durability compared to the same tattoo on the forearm.

The skin in these moving areas is renewed many times more often, and, accordingly, the tattoo loses its color saturation and the purity of a picture.

Therefore, if you decide to get yourself a palm tattoo, be prepared for frequent corrections or the fact that in the near future the tattoo will look completely different from what it started.

The quality of the used pigments, the degree of paint dilution and the professionalism of the tattoo artist

Despite the development of the tattoo industry, not every tattoo artist follows the research of scientists, understanding the chemical and physical properties of used pigments or skin types, but is based only on the artistic aspect of the process, which he sees directly at the moment of tattooing.

Hence: excessive dilution of paint with water, poor staining, incorrect application technique and not taking into account the peculiarities of the skin type of a particular client when developing a sketch and choosing colors. 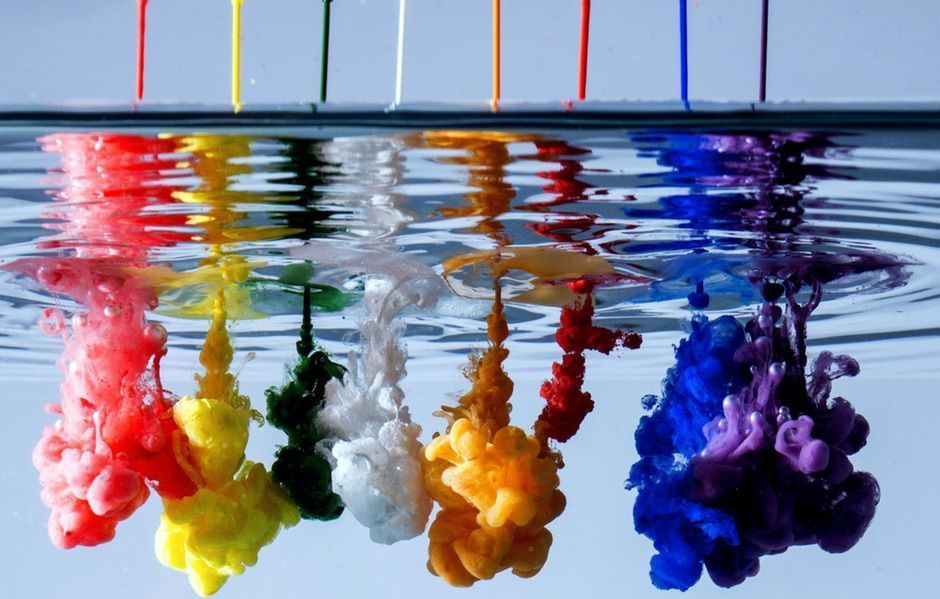 All these mistakes will lead to the fact that after a couple of years, your tattoo will lose its former attractiveness, and you will think about how to avoid it in the future. But the future has already arrived, and it allows us to avoid many mistakes until the moment they are committed.

If you are booking a session to a tattoo artist, do not think it superfluous to ask which paints he works with. Most modern popular manufacturers have already solved many of the problems associated, at least with the stability of the pigment, so if an artist follows the path of economy, using little-known brands or their Chinese replicas in his practice, it is better to refuse from such a specialist. The use of non-certified pigments that have not passed proper testing on humans can not only affect the appearance of a tattoo in the future, but also pose a real threat to your health.

The tattooing technique itself is also important. With insufficient depth of injection of a pigment into the skin, it will quickly be removed from it naturally making the colors of the tattoo faded and dull. If it injected too deeply, the pigment will not fix in the skin and the tattoo starts to blur.

Contact only trusted professionals and do not try to save money - this will save you from most problems in the future.

Tattoo fading on the sun 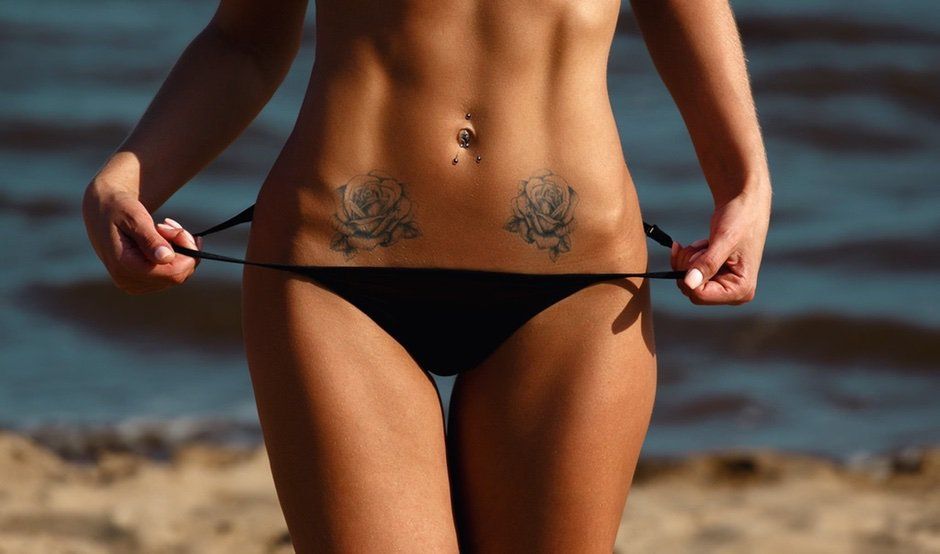 Many articles have already been written about this topic, however, people still forget that the sun is the main enemy of a tattoo.

Ultraviolet rays penetrate the skin, breaking down the pigment, leaving the tattoo in a deplorable state.

After the first session and until the tattoo is completely healed, you need to completely protect it from the influence of ultraviolet radiation. Moreover, in the early stages of a tattoo's life, you should not rely on sunscreens and lotions, as they may contain substances that actively interact with tattoo pigments and can cause not only fading, but even allergic reactions that complicate the healing process of a tattoo.

After the tattoo has healed, applying high SPF sunscreens and covering the tattooed area with clothing will help your tattoo stay vibrant and fuller longer. 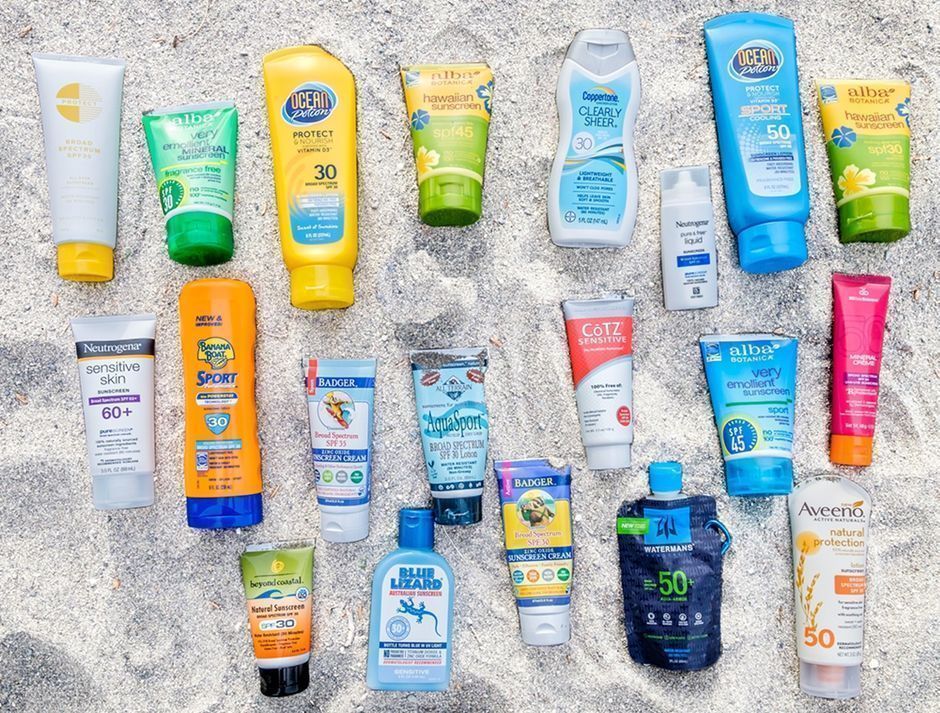 A visit to a tanning salon has an even greater negative effect on a tattoo than natural sunlight. If possible, it is best to skip tanning beds altogether if you have tattoos. Anyway, the most correct tattoo care will be a complete rejection of tanning.

If your tattoo has significantly lost its former saturation, then the only sure way to revive it is correction.

During the correction session, a professional tattoo artist will be able to assess the degree of damage to the pigment in the skin, supplement it where it is really needed, and may even add new accents to the work for a more fresh look.

Often, the process of fading a tattoo allows you to do without an additional laser lightening procedure if you want to cover the old work with a new one.

DO THE BLACK AND GRAY TATTOOS FADE OUT?

Of course. Even if the pigments in black and gray paints are more resistant to external influences, they do not last forever. The same guidelines apply to them as to color tattoos.

In the case of black and gray works, one of the most important factors is the professionalism of the artist and the tattooing technique. Black pigment introduced into the surface layer of the skin is easily and intensively excreted from the body, as well as color ones. And too deeply injected black pigment spreads even more noticeably than colored ones, due to contrast with skin color.

In recent years, the production of pigments and inks for tattooing has reached a new qualitative level, reducing the risks of pigment rejection by the body, the risks of allergic reactions and the degree of influence of ultraviolet radiation on the tattoo, but nevertheless, a tattoo is a very fragile decoration in order to neglect all the basics of care and the choice of an artist.

18th Moscow Tattoo Festival
Russia
Moscow
It will be interesting too