Collage in tattoos by Emanuel Oliveira

Continuing to talk about experiments with tattoo realism, we would like to introduce you to the work of the Portuguese tattoo artist Emanuel Oliveira.

Emanuel was literally involved in art from birth, cause his father is an artist. As a child, he copied paintings and drawings by some artists and always chose painting as a form of self-expression. 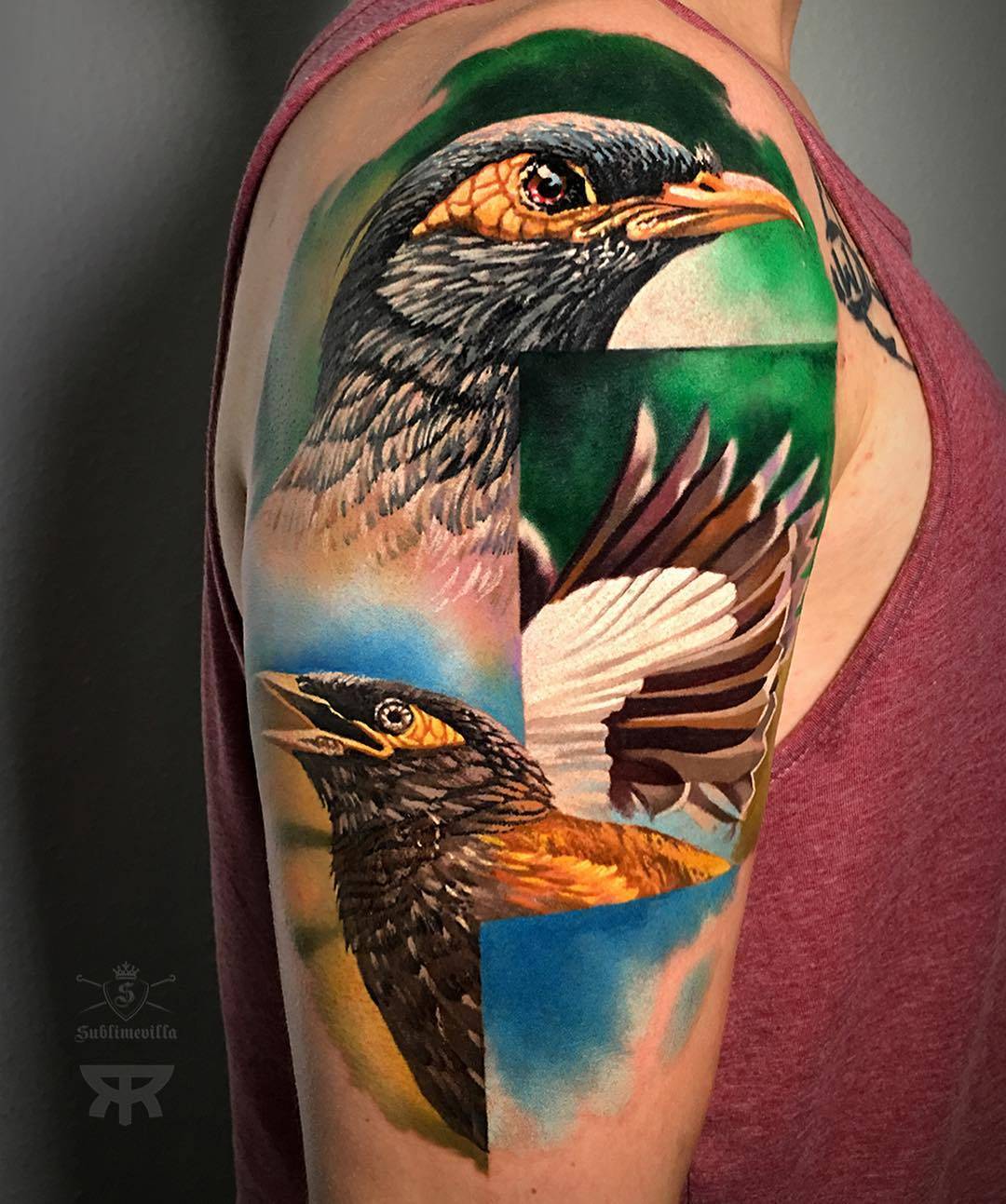 He got first acquainted with tattoo art while preparing for entry to university. However, he began his own tattoo career only at the age of 21, when he was given the first tattoo-kit. He made the first steps in this creative profession, training on his own friends, growing his technique and skill.

After 3 years, he already had an excellent tattoo technique and a fairly recognizable style, which allowed him to receive an invitation to one of the studios in Aveiro (Portugal), where he still works. 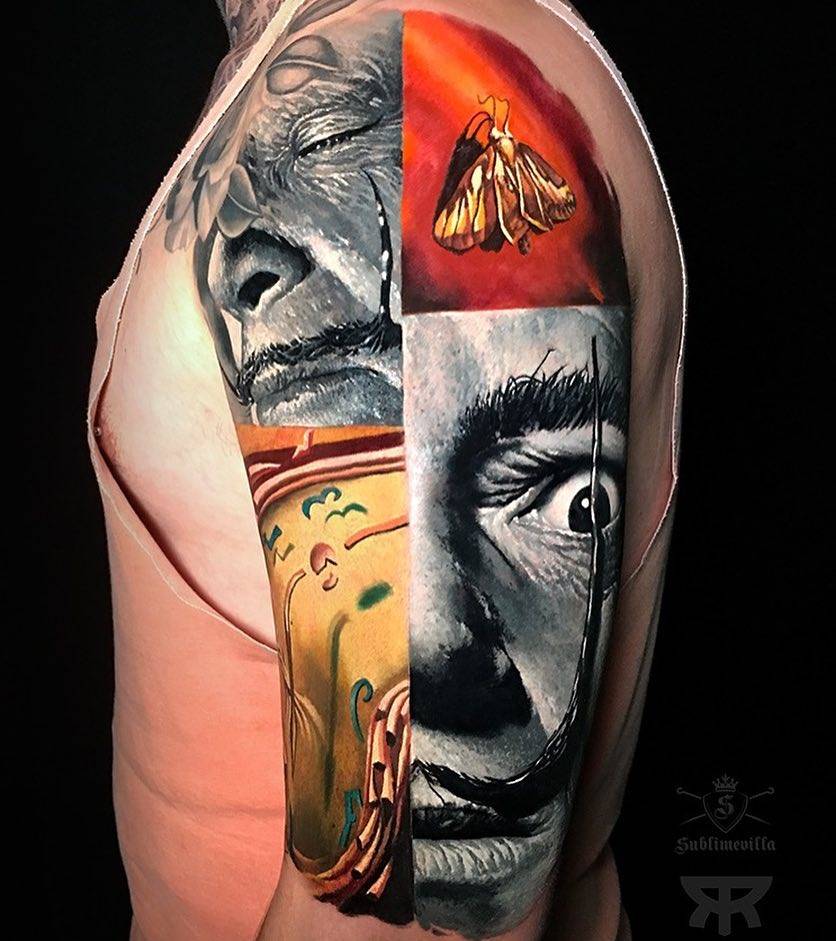 In his works, Emanuel uses collage of elements connected by one common plot, obtaining attractive and visually unusual images for tattoos. 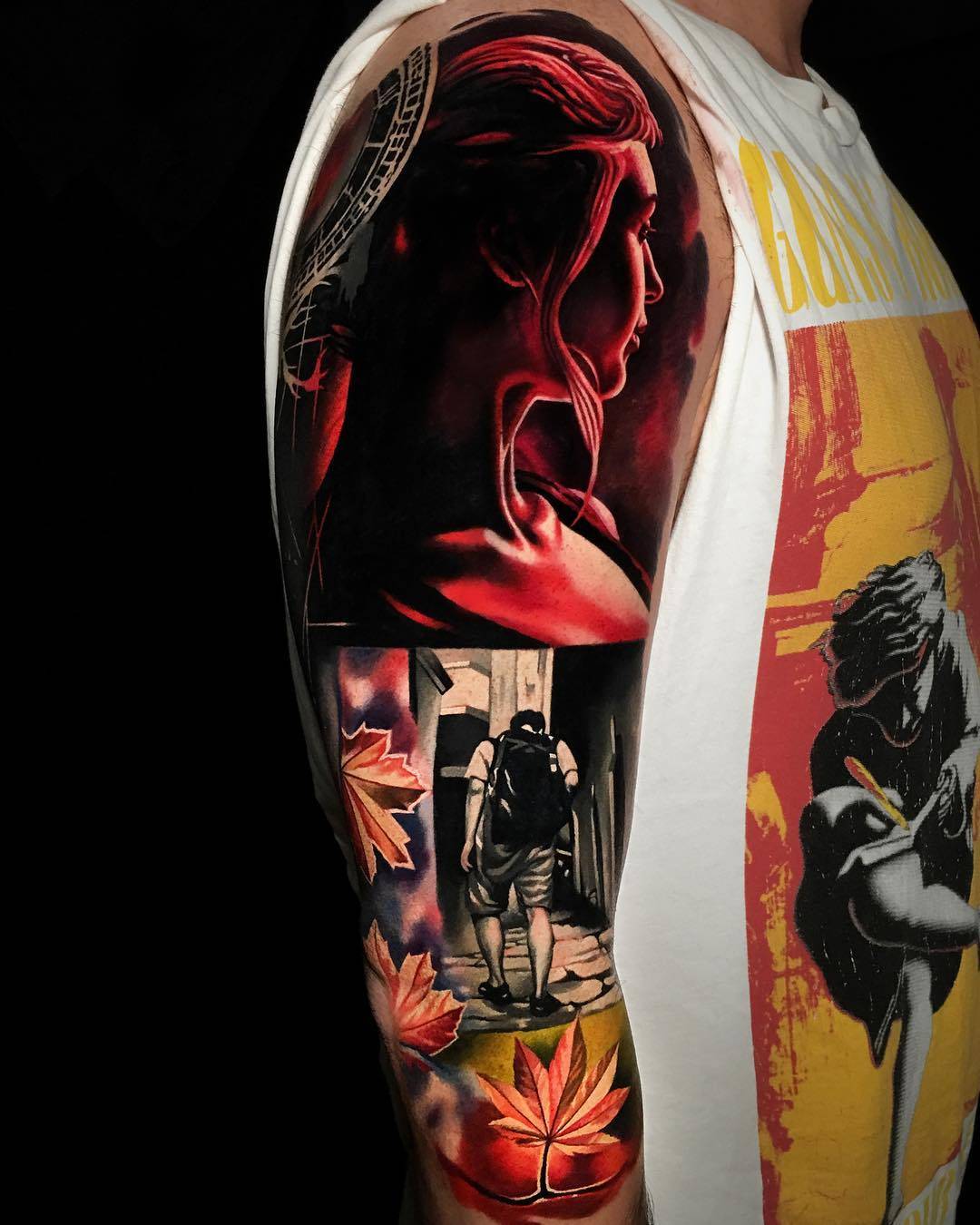 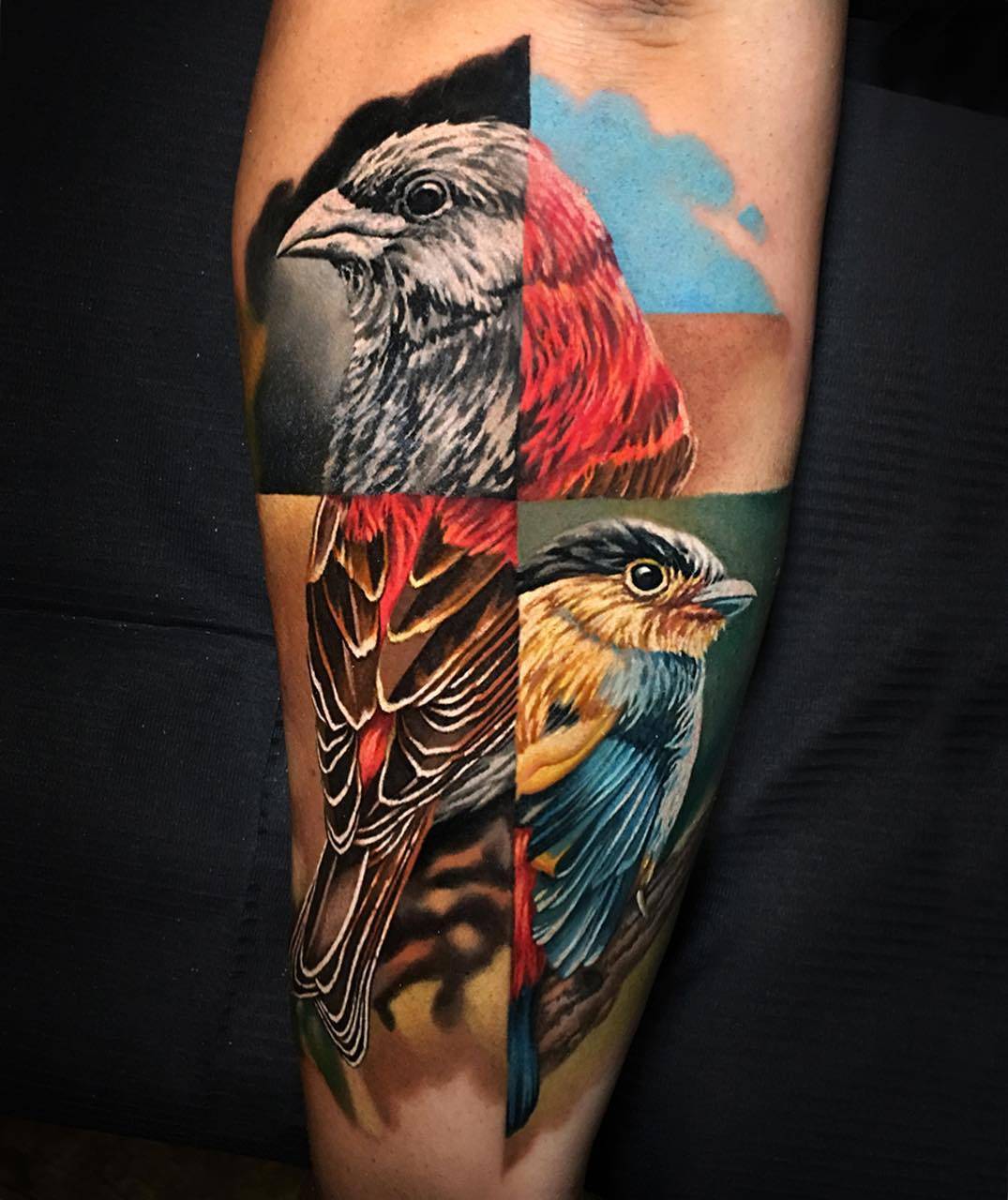 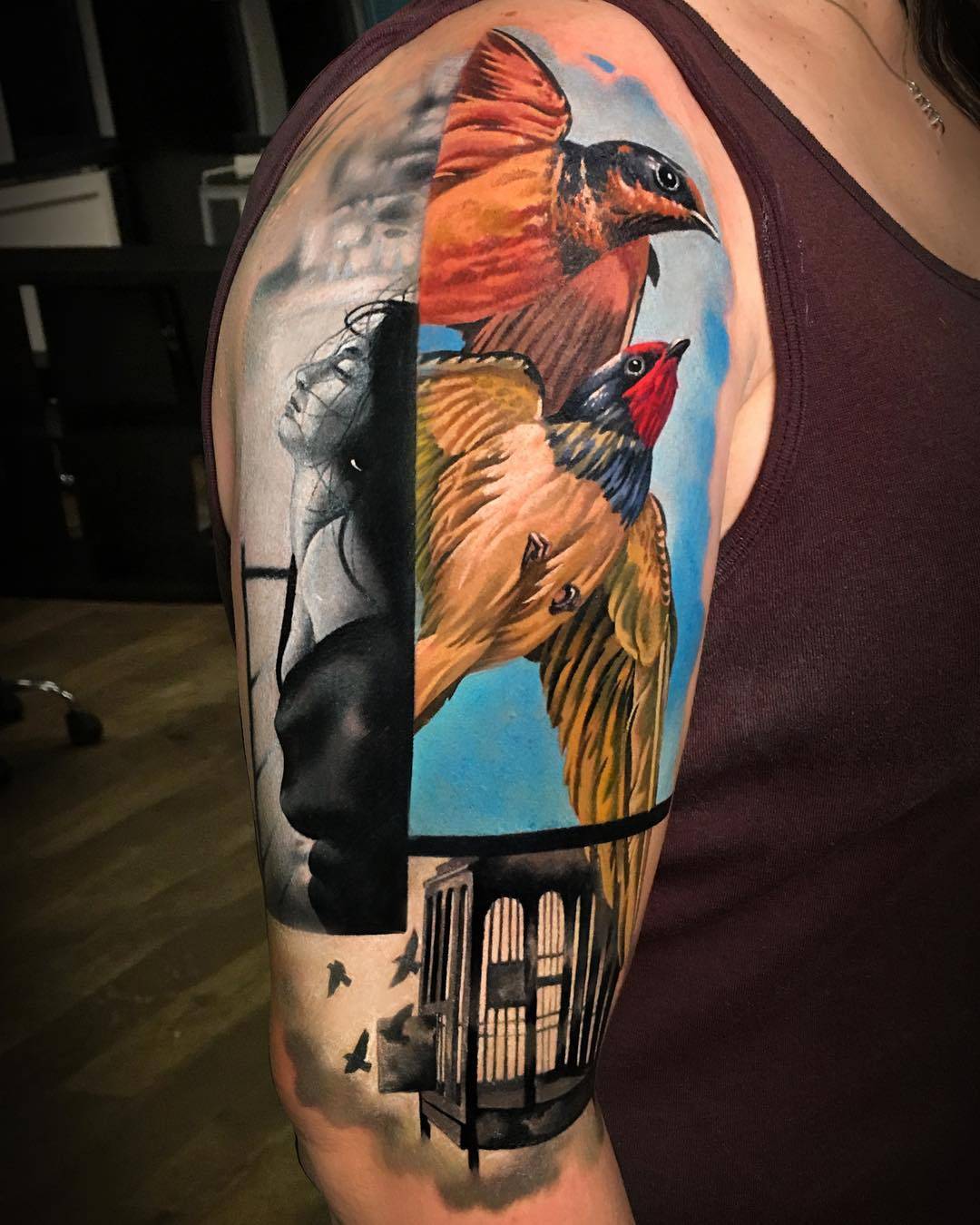 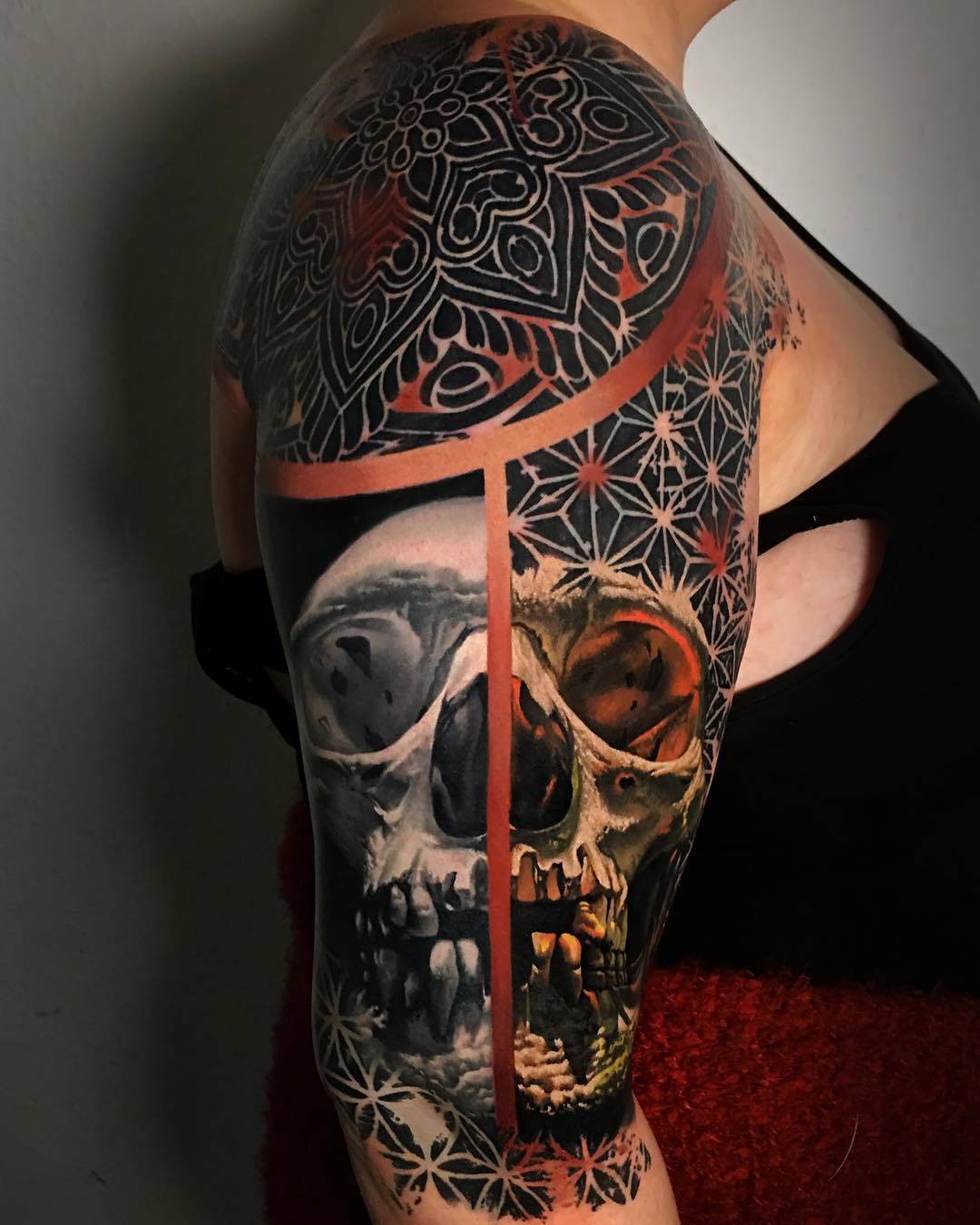 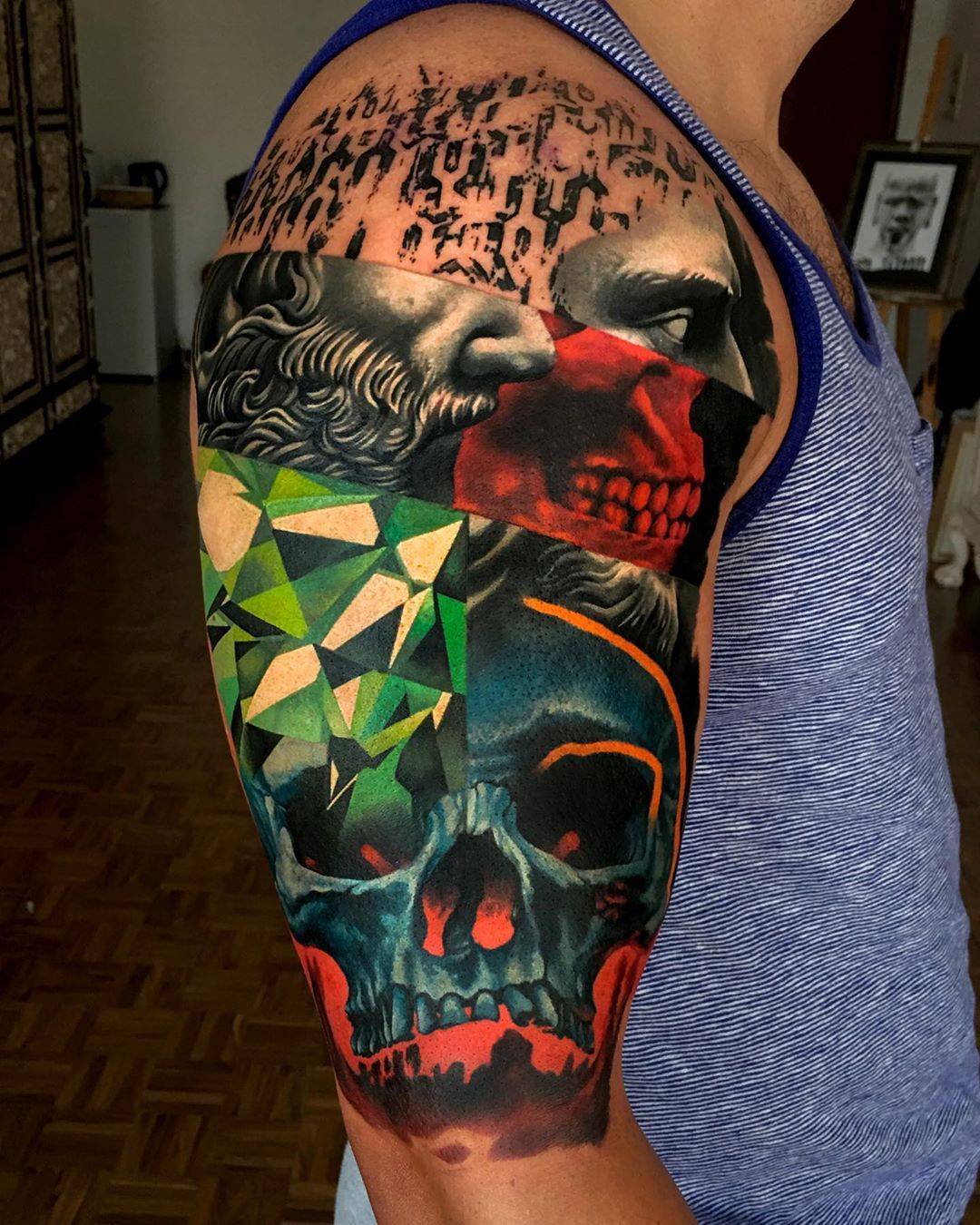 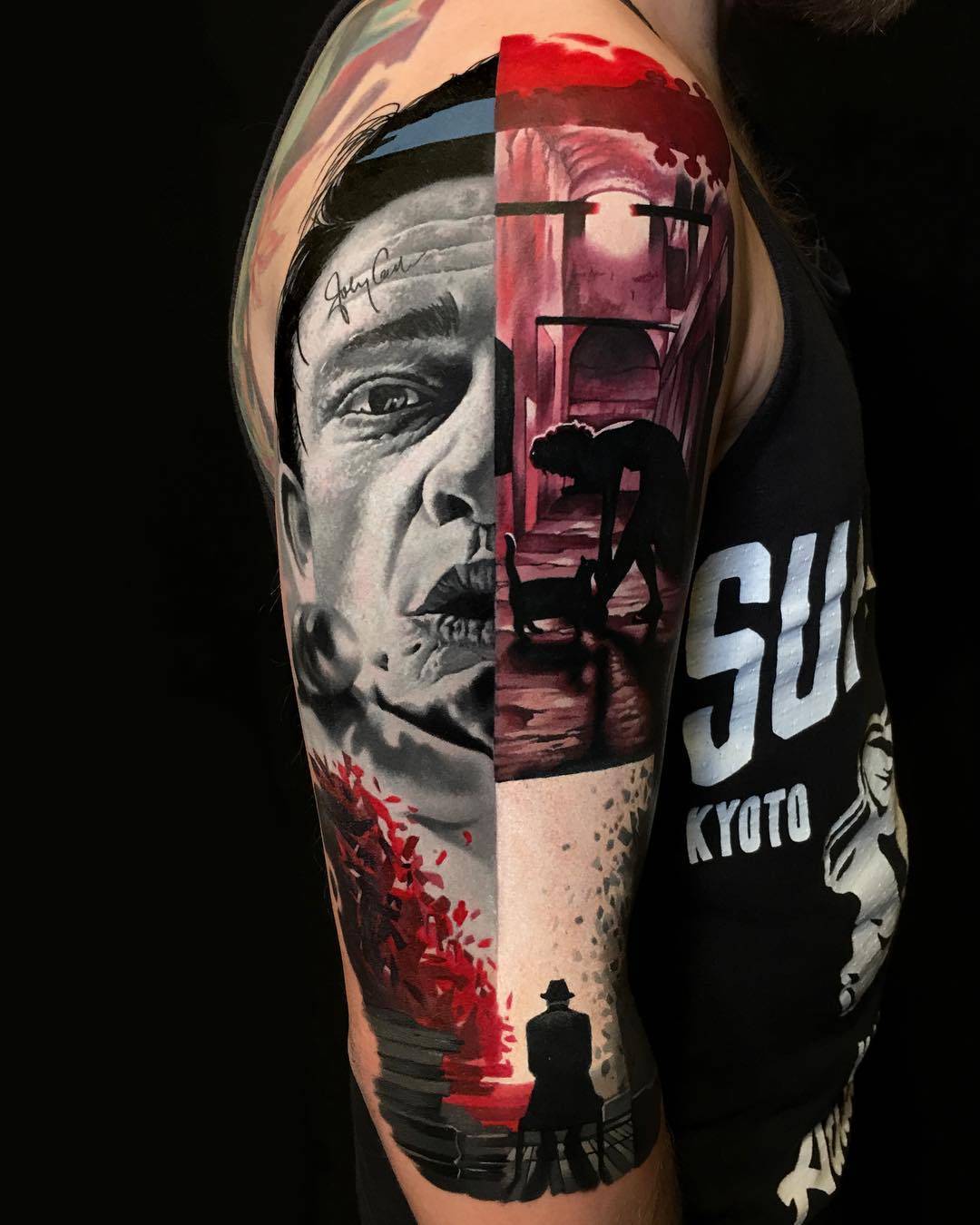 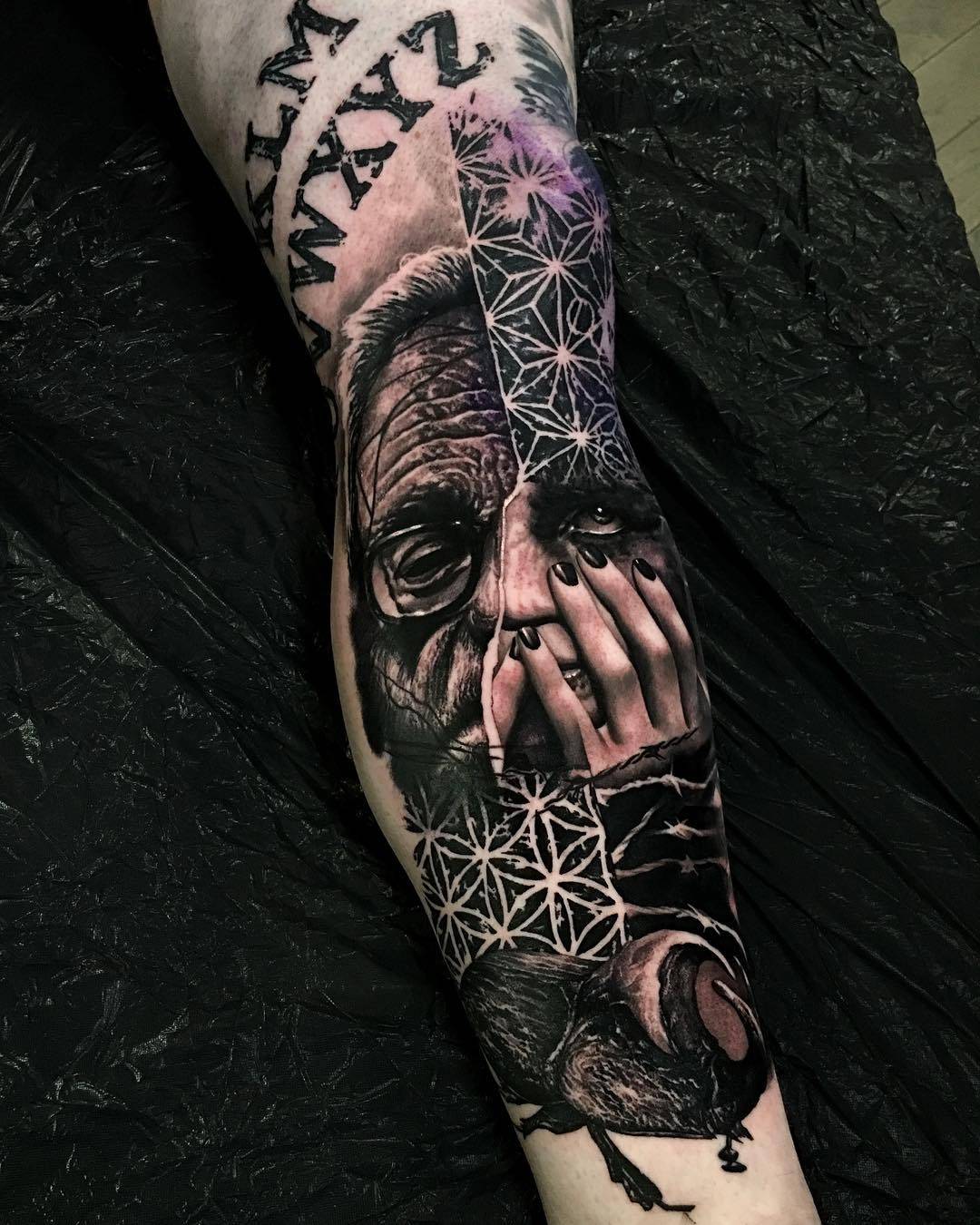 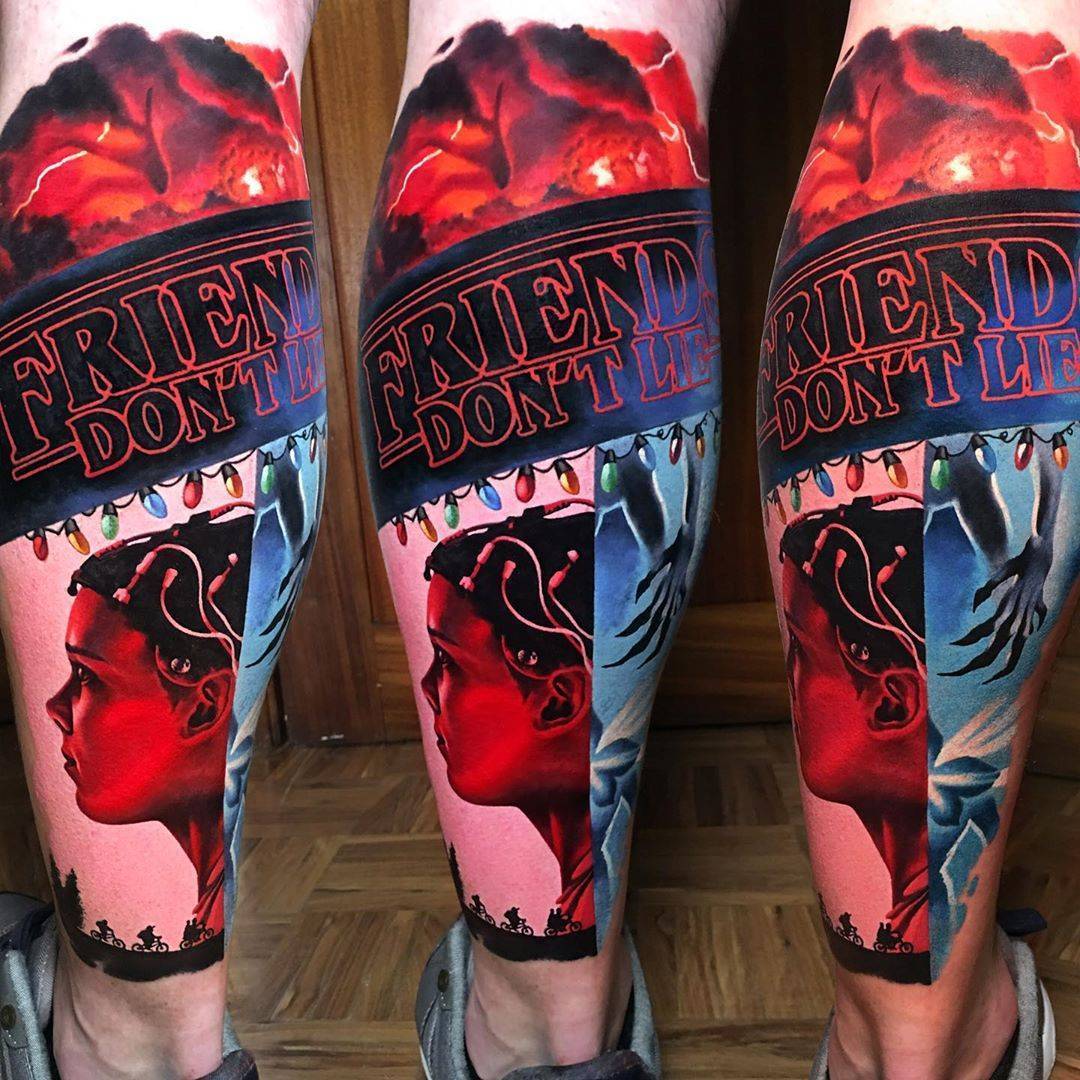