Since birth, I consider myself a creative person. My journey began from an art club near the home where we painted cats and dogs in gouache. Even then, when somebody adult asks me about who I want to become, I clearly knew that I want to be an artist!

I never faced the painful choice of which university I should to go. After the painting classes, I went to courses for admission to the art lyceum. It was in the city center and everything was much more serious. Instead of children's drawings of animals, we began to draw still lifes and stools in perspective. So I entered the lyceum, and then to the Art Academy, specializing in industrial design. It was the best carefree time full of creative people, new discoveries and a search for yourself.

Already in my third year, I became interested in tattoos. Oddly enough, my mother helped me with this. She knew about my favorite tv show about tattooists the Miami Ink. She believed that I was no worse, and gave me the first tattoo machine and even sent to tattoo courses. 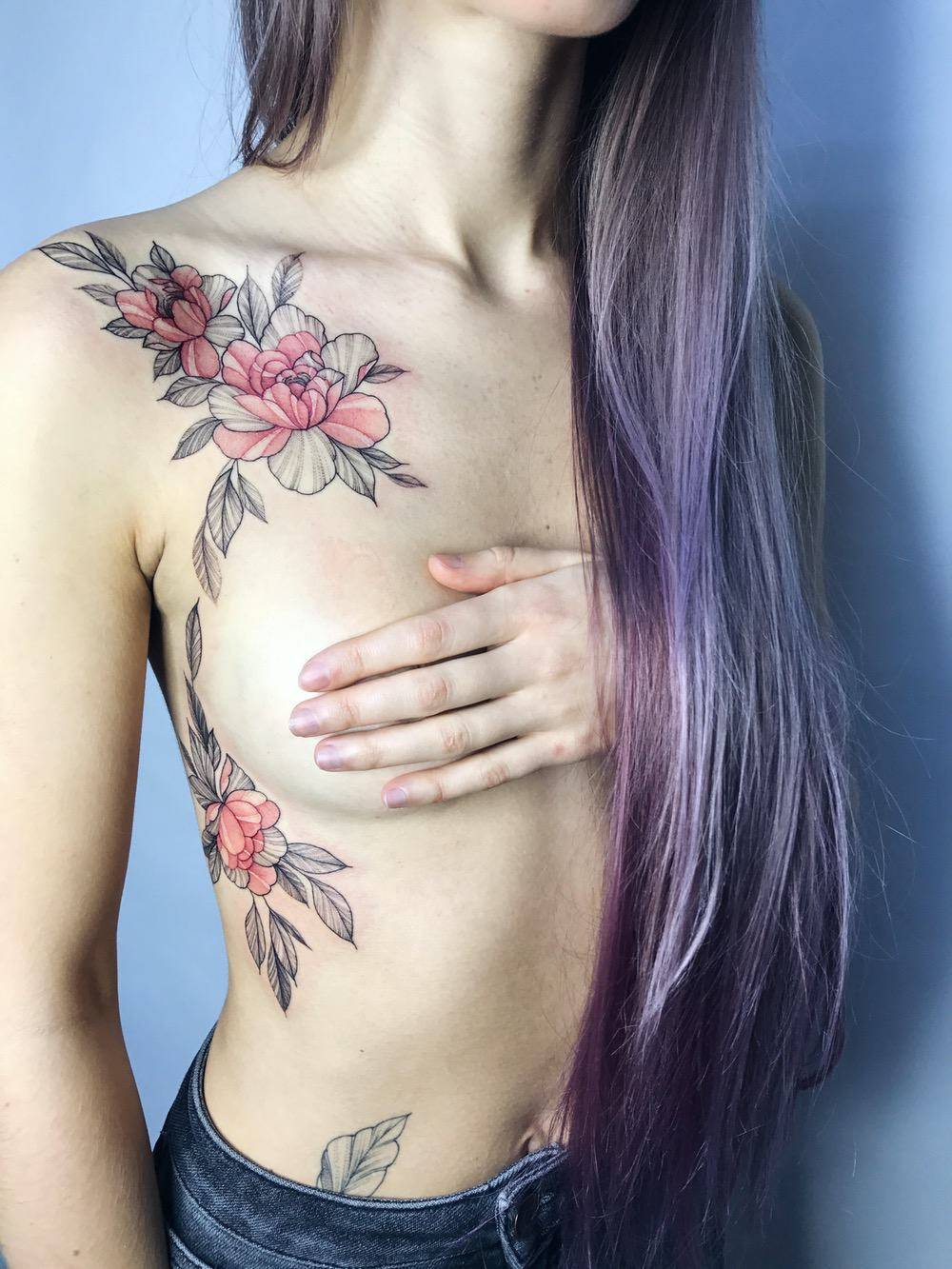 In 2008, the tattoo industry in Ukraine was poorly developed. In the first years of work, I did not achieve much success, so I decided to leave this activity as a hobby and at the same time look for a “normal” job. If I start listing all the professions that I managed to acquire, I even no longer believe that all this was with me. For several years I managed to work in a beauty salon, in restaurants, nightclubs, hotels, and in the end I fulfilled my dream - I got a job as a stewardess.

My love of aviation began from the moment I saw beautiful stewardesses and pilots from Qatar Airways at the airport. I felt that this is one of the most romantic professions and I certainly need to become one of them. The very next day I filled out a from and applied for an interview in the nearest city. It was Budapest. Unfortunately, I was not able to passed out an interview the first time. In order to get into the company you need to go a very serious way and about 6 stages of selection. Honestly, difficulties never stopped me and I made it the goal of my life! 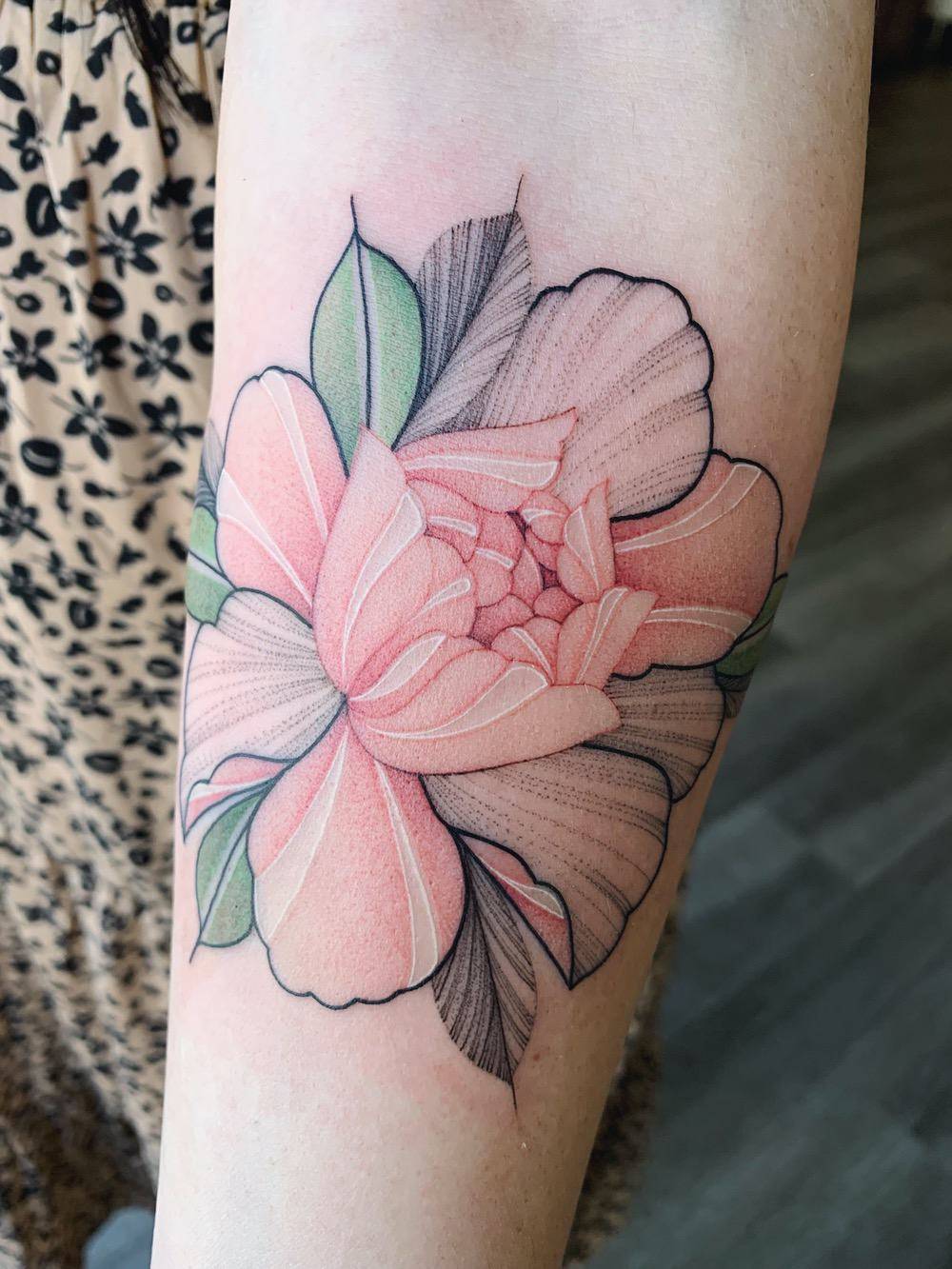 Every month I went for interviews to different cities and at the same time I got a job at Ukrainian International Airlines. It was a very busy and difficult period of my life. At that moment, my grandfather was very ill. His illness made me quit after a year of work in aviation. In parallel, I was gave up with interviews and no longer hoped for a positive answer.

At that moment, I was fortunate enough to meet Sasha Masiuk again. We studied together at the art academy and were already familiar for many years. In this time she lived for several years in St. Petersburg and opened her first tattoo studio.

After we talked a little, she suggested that I move to St. Petersburg, get in tattooing again and work together in the studio. I felt like I was fighting through a closed door when I just need to open the next. 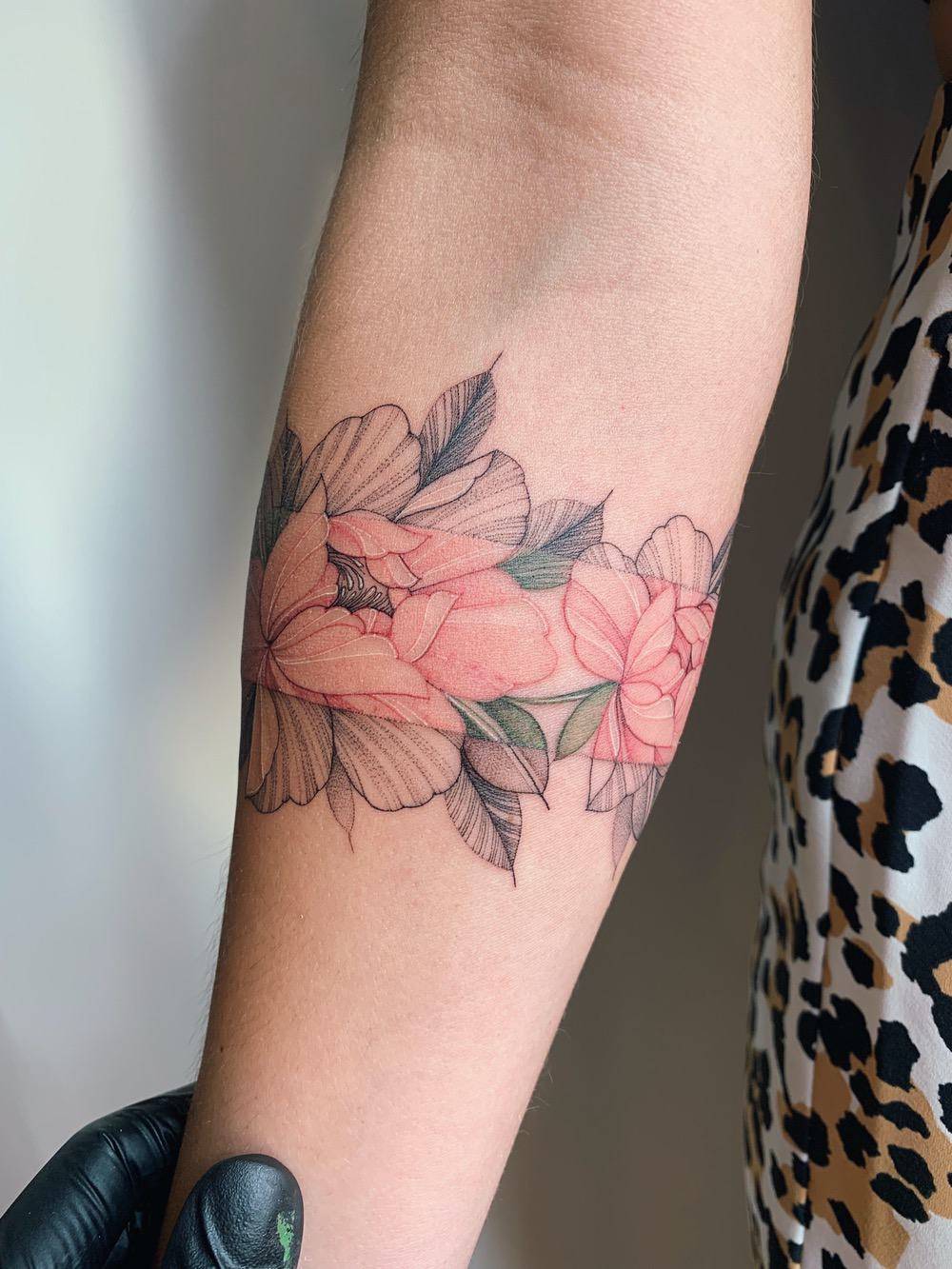 A few days after the conversation, I packed up my stuff, bought the most necessary tattoo equipment and a plane ticket. When I was already at the airport at the check-in desk to St. Petersburg, I received a letter from Qatar Airlines with a positive response about hiring. In order to receive this letter I had to go through 8 interviews in different countries of the world. At that moment, I realized that I had conquered my own Everest. I realized that everything is possible if you do not give up and believe in your dream! Standing at the airport with a ticket in one hand and work that I had been pursuing for several years in the other, I realized that new goals and dreams await me. I got on a plane to St. Petersburg and so began my career as a tattoo artist!

It was the best time of my life. The tattoo industry began to gain popular and a lot of work appeared. There were more and more good artists and we were able to assemble a cool team. We have become one family! 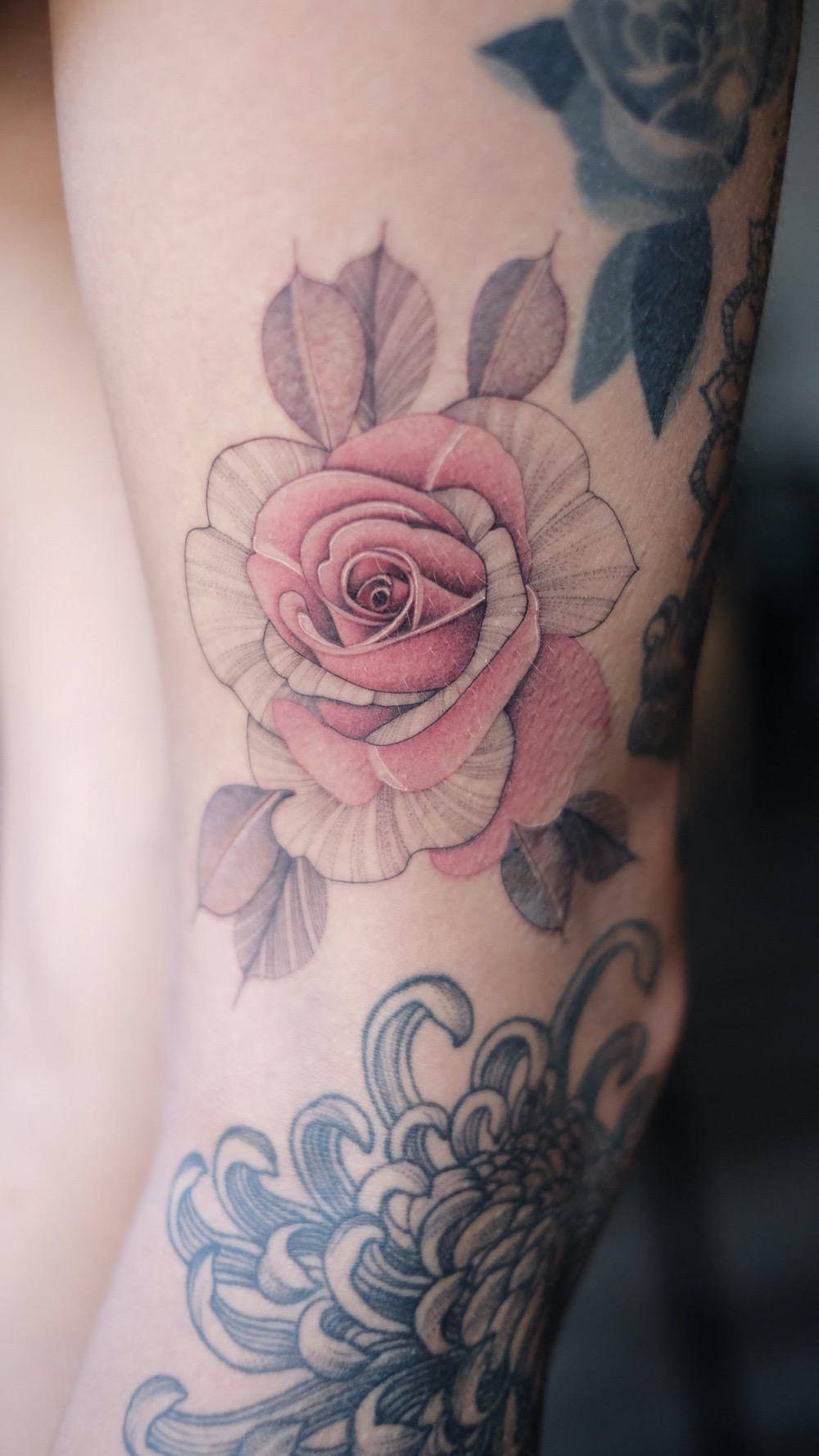 I started my journey with peonies. From the very beginning, I decided to combine graphics with watercolors, thin lines with delicate pastel colors. I clearly developed my style. My work has become recognizable around the world. A lot of copies have appeared on the Internet, but I believe that if people imitate you, you are on the right way!

For four years now I have been doing every job with love. My Flowers are no longer just a tattoo, it has become a real art. I want to develop in this direction, so I do not hold myself within the framework and I am always ready for cooperation and collaborations in different directions!

Two years ago, I realized that tattoo isn't enough for me and opened my own clothing brand @noraink_store. In it I create tracksuits, swimwear, body and much more with the addition of my sketches.

I am also currently working on the @jewelrymood.by, jewelry brand, the concept of which is to create jewelry based on the designs of the best tattoo artists from around the world! 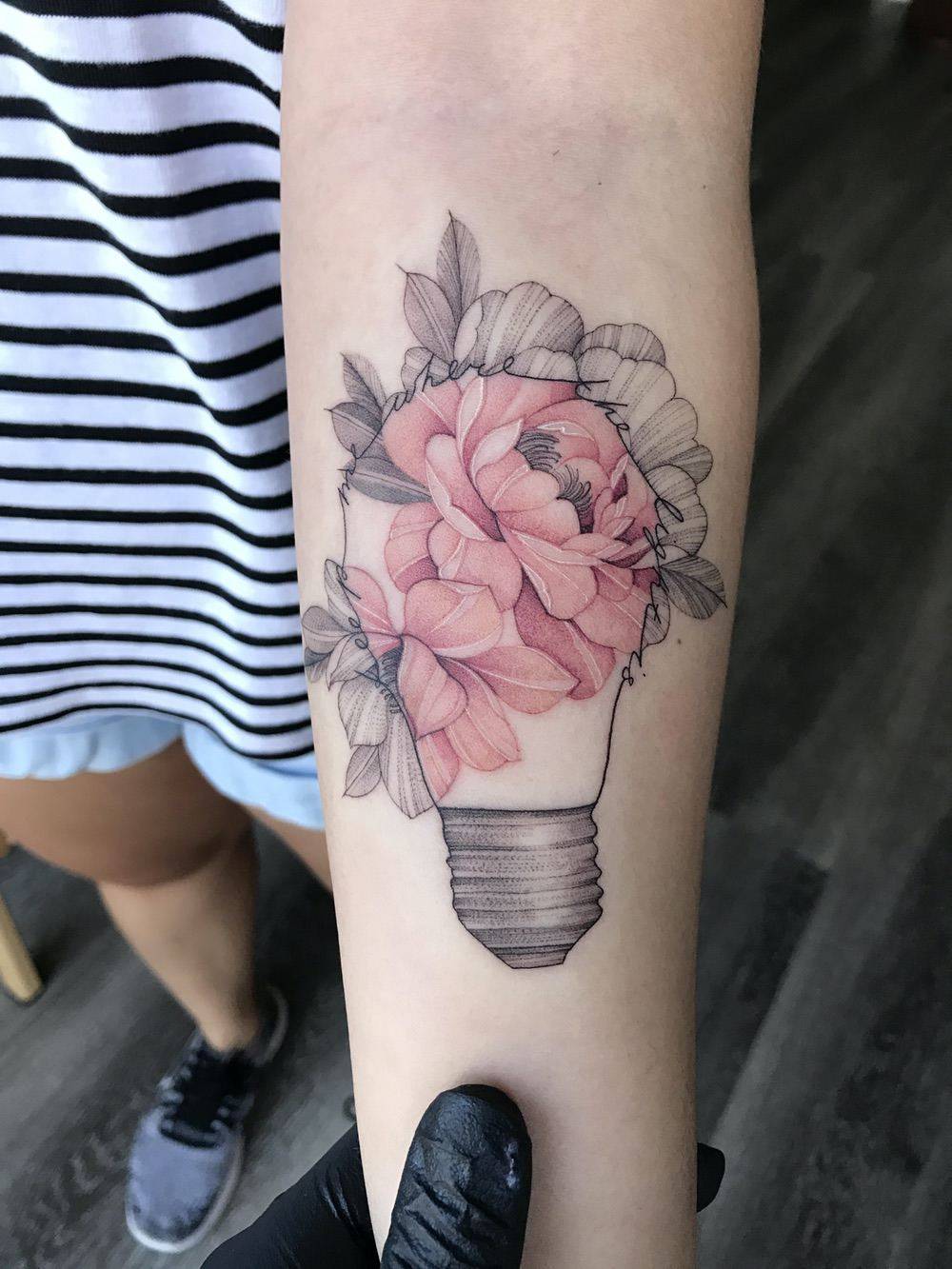 Work as a tattoo artist makes it possible to be more free and travel a lot. Over the past few years, I managed to travel around the half of the world, work in many studios, attend international tattoo conventions and meet wonderful people. It gives great experience and expands the boundaries of our consciousness.

A year ago, Sasha Masiuk decided to open the Sashatattooing studios in the United States and invited me as an artist.

Before moving to LA, I came to the United States several times for conventions to exchange experiences. I was immediately captivated by how much people here are more open to new projects and trust their artist unconditionally.

It took several months to collect the documents and at the beginning of 2019 I moved! 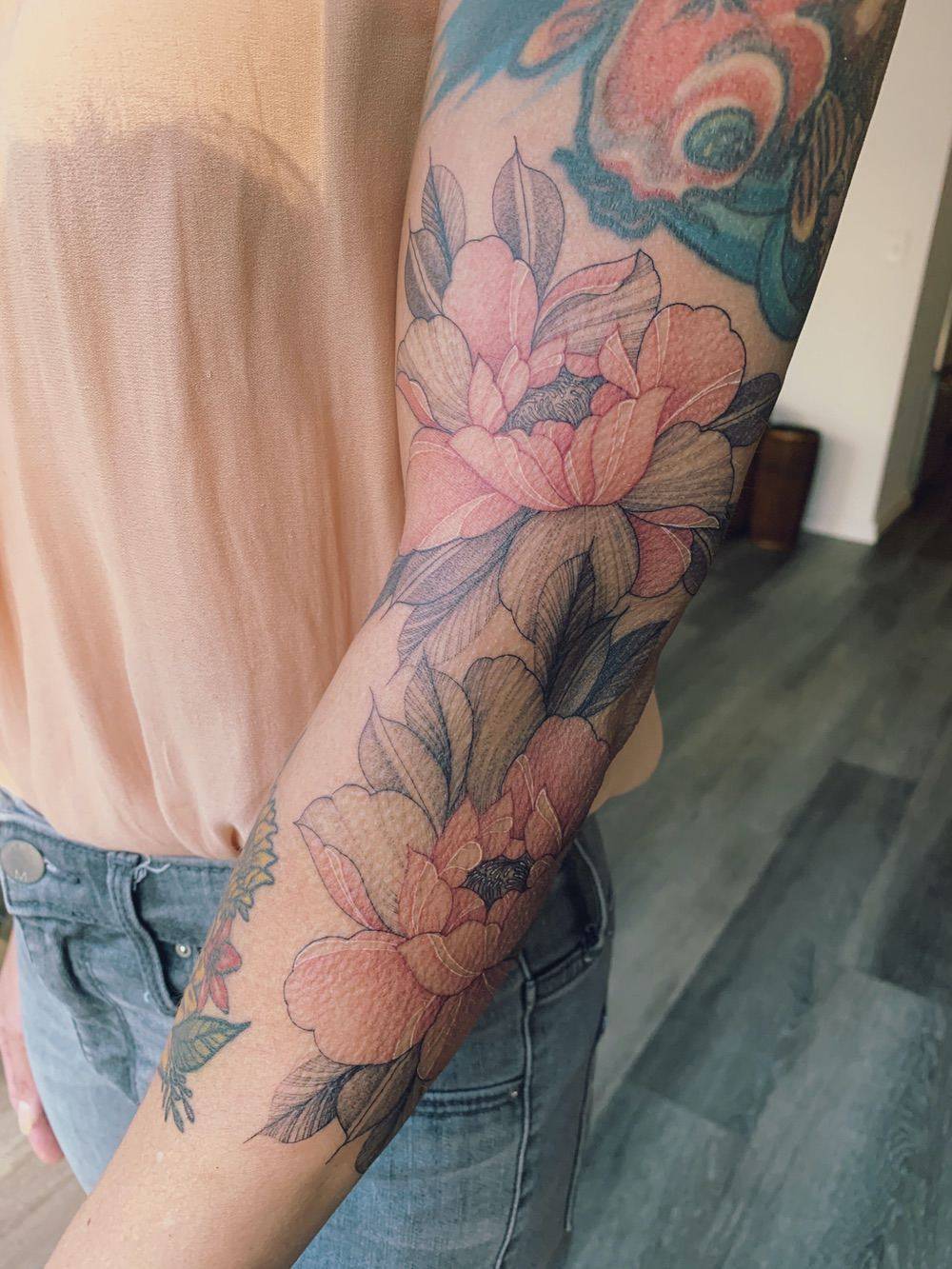 In an atmosphere of trust and understanding with clients, my level as a tattoo artist has grown significantly over the year. I managed to make tattoos to many popular persons and participate in interesting projects. It is very important to be able to develop and practice new things!

Turning back and recalling this path, I am once again convinced of how much everything is possible and you never know what exactly will make you happy. Sometimes it’s worth looking wider and life will give you the opportunity to find yourself! 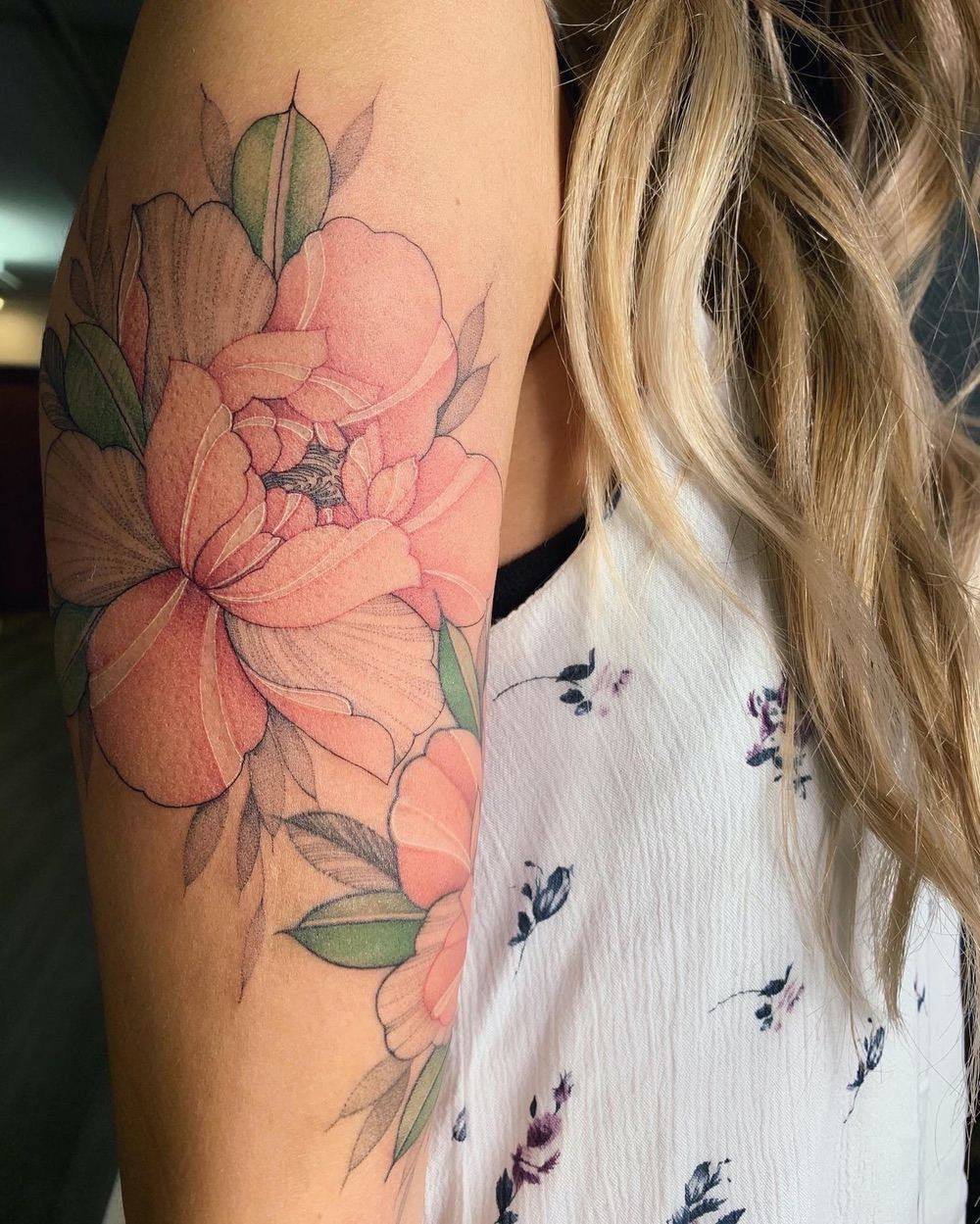 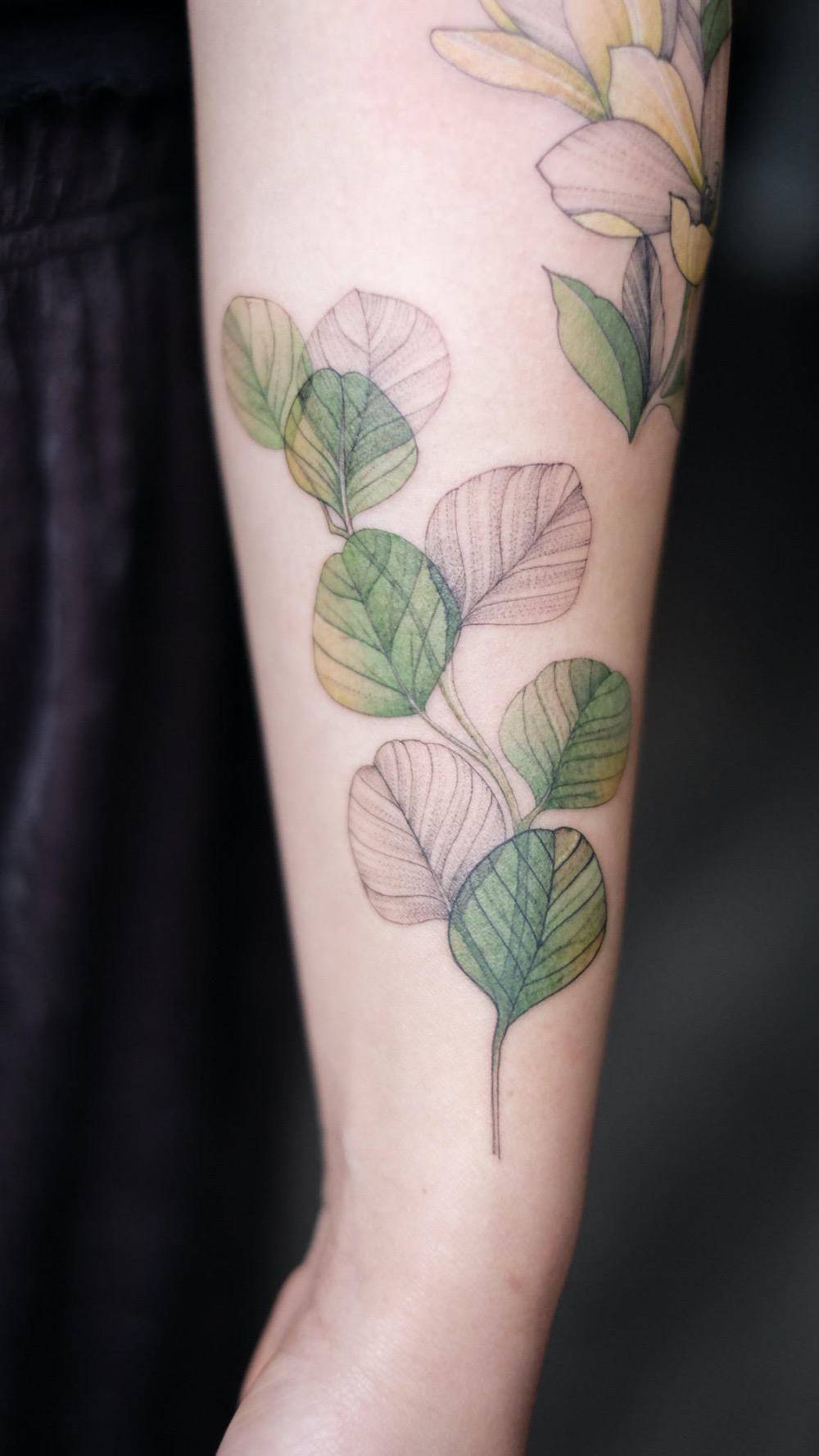 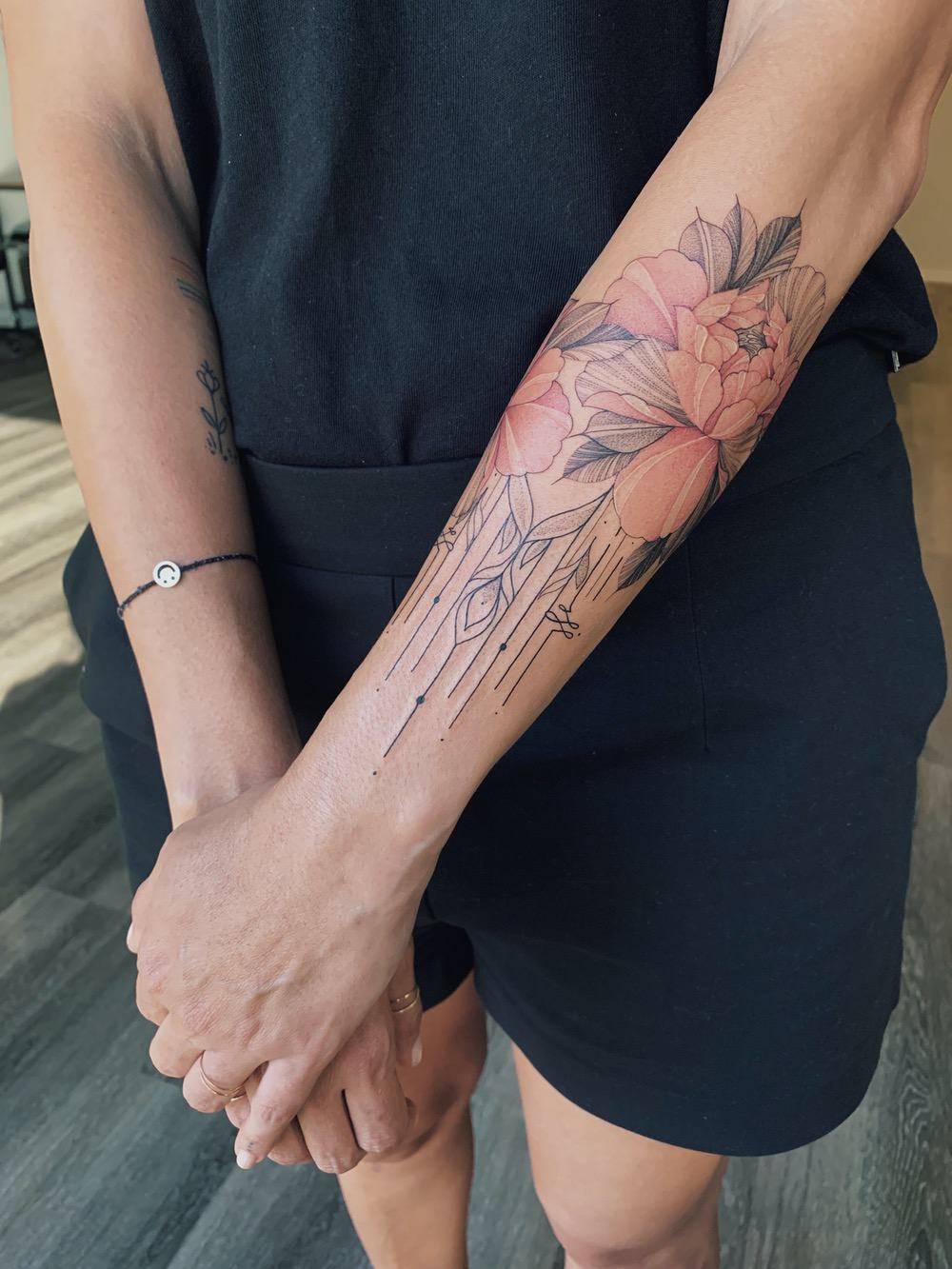