Karen Tsvetnoy, from the small town of Pyatigorsk has grown into a professional tattooer over the course of 7-8 years of his career, whose skills and experience are highly valued far beyond Russia. Already more than 10 thousand fans of his tattoos from Europe, USA, Asia and other parts of the world are waiting for him to get detailed and durable tattoos.

Now Karen mostly works in Moscow, but he travels a lot, so his fans have a chance to catch him in other cities and countries. The tattooist works in color and black-and-gray realism, which is striking in its detail. Most likely, you have already seen these most replicated Karen's tattoos, which at first glance cannot be distinguished from real objects. 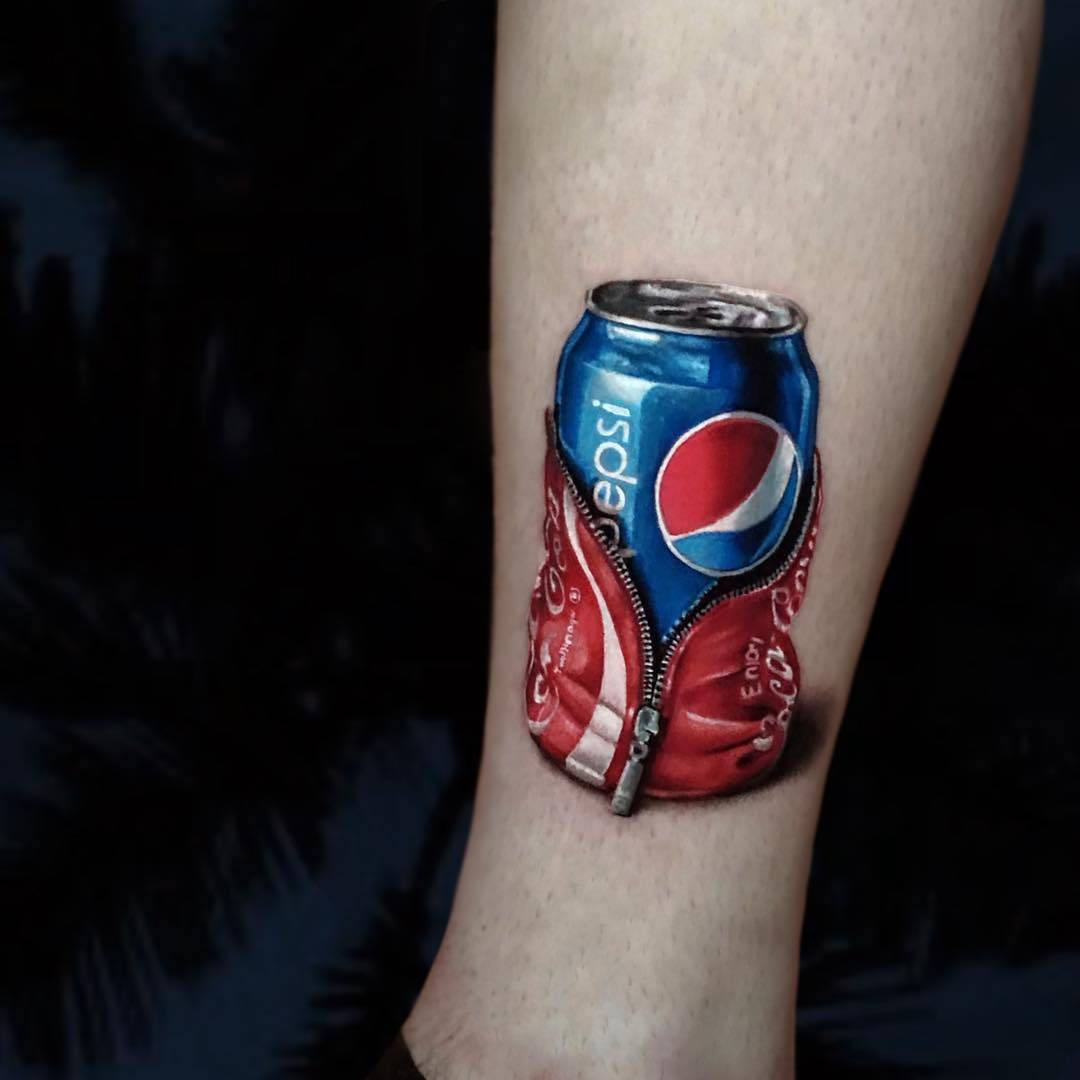 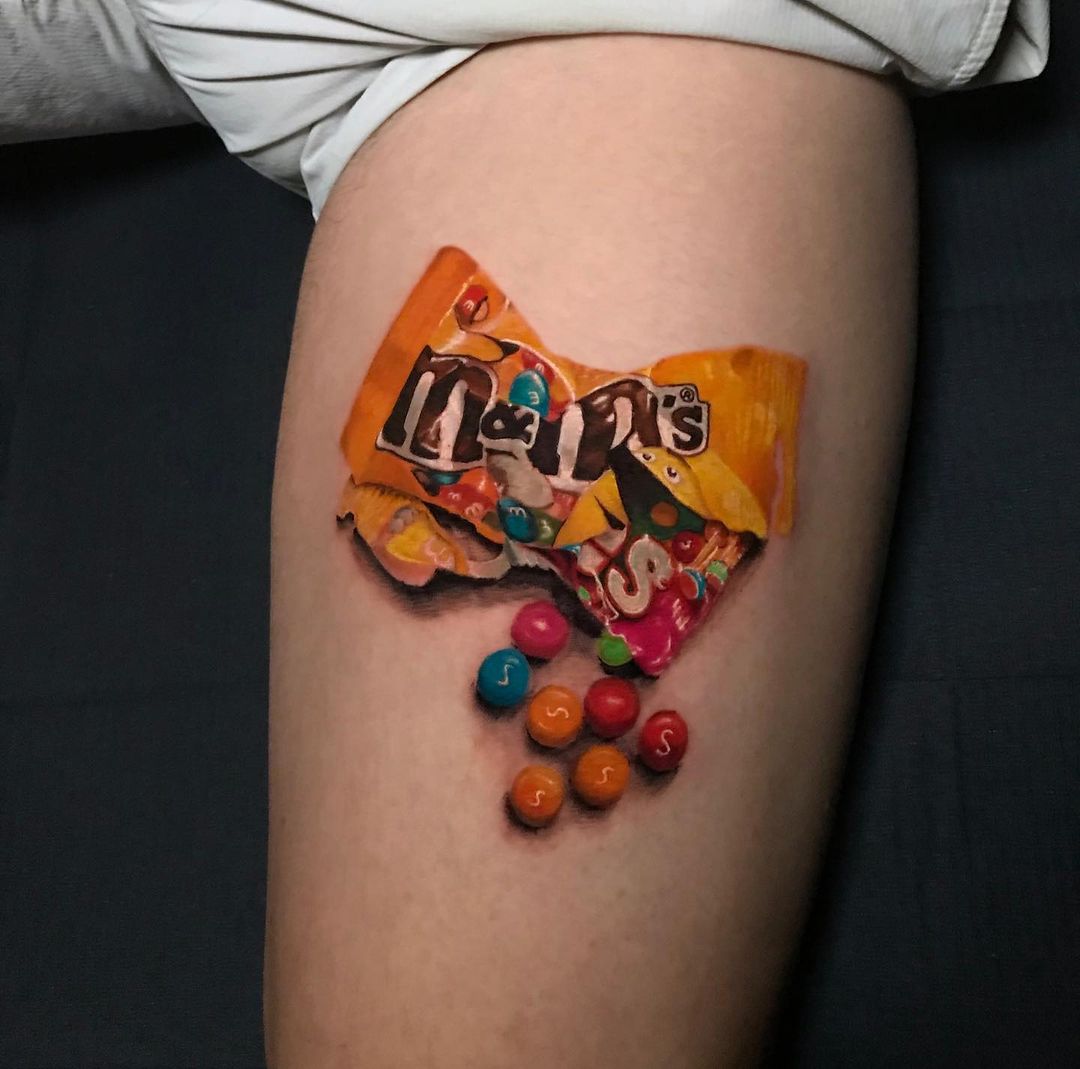 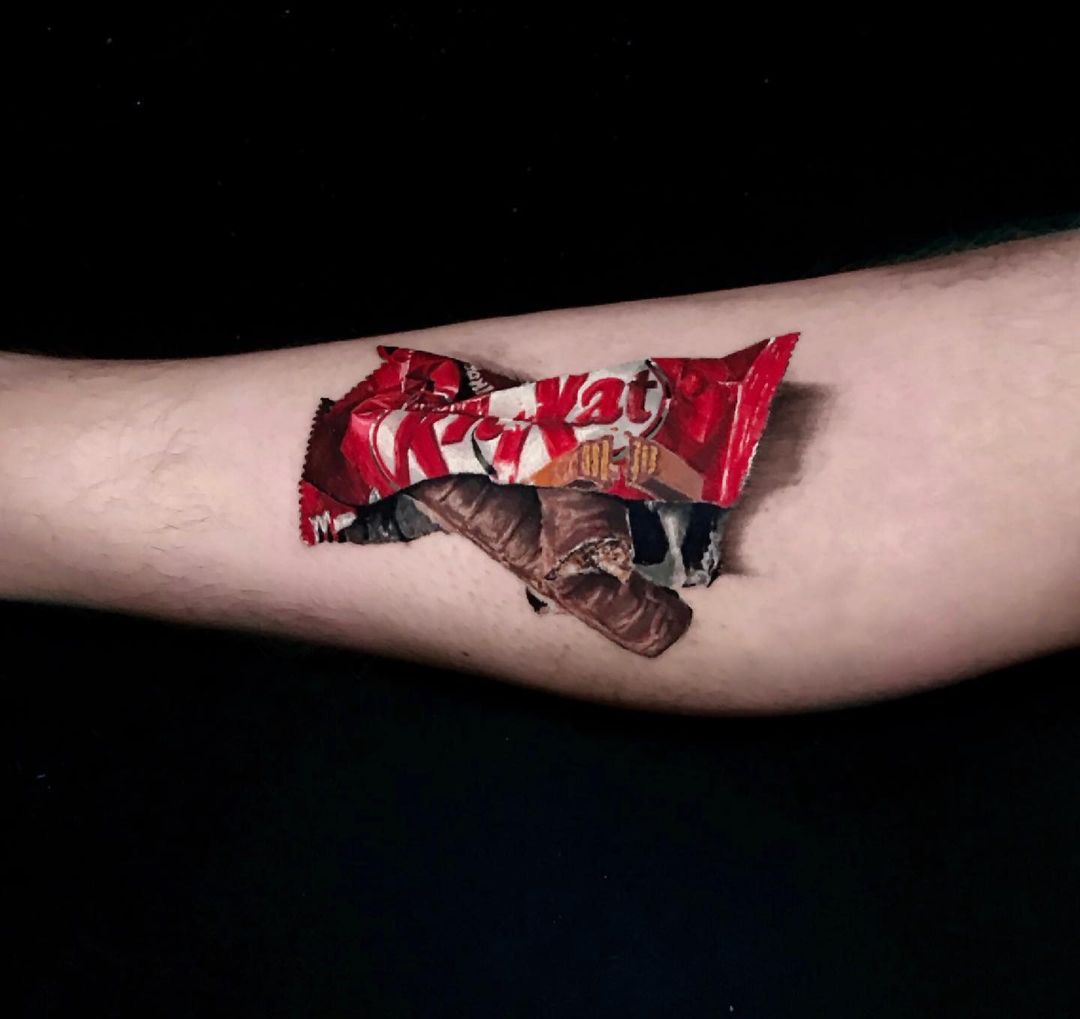 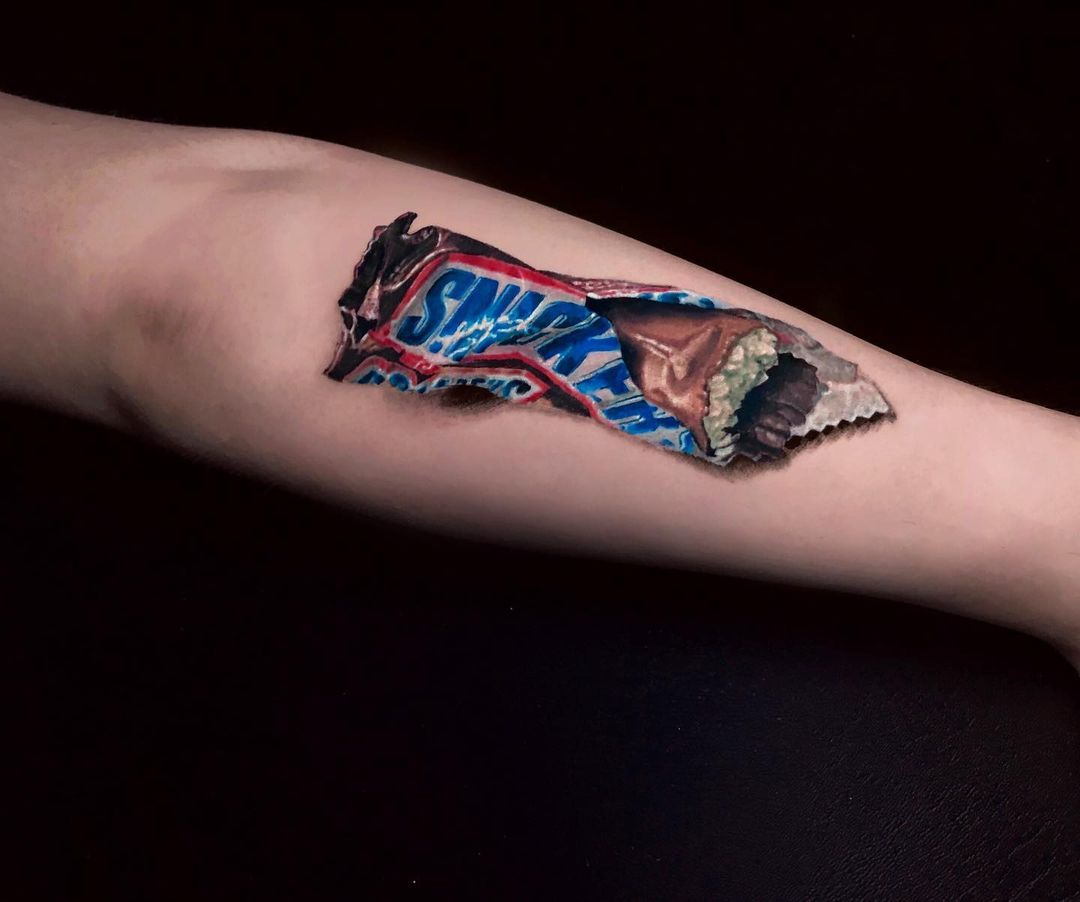 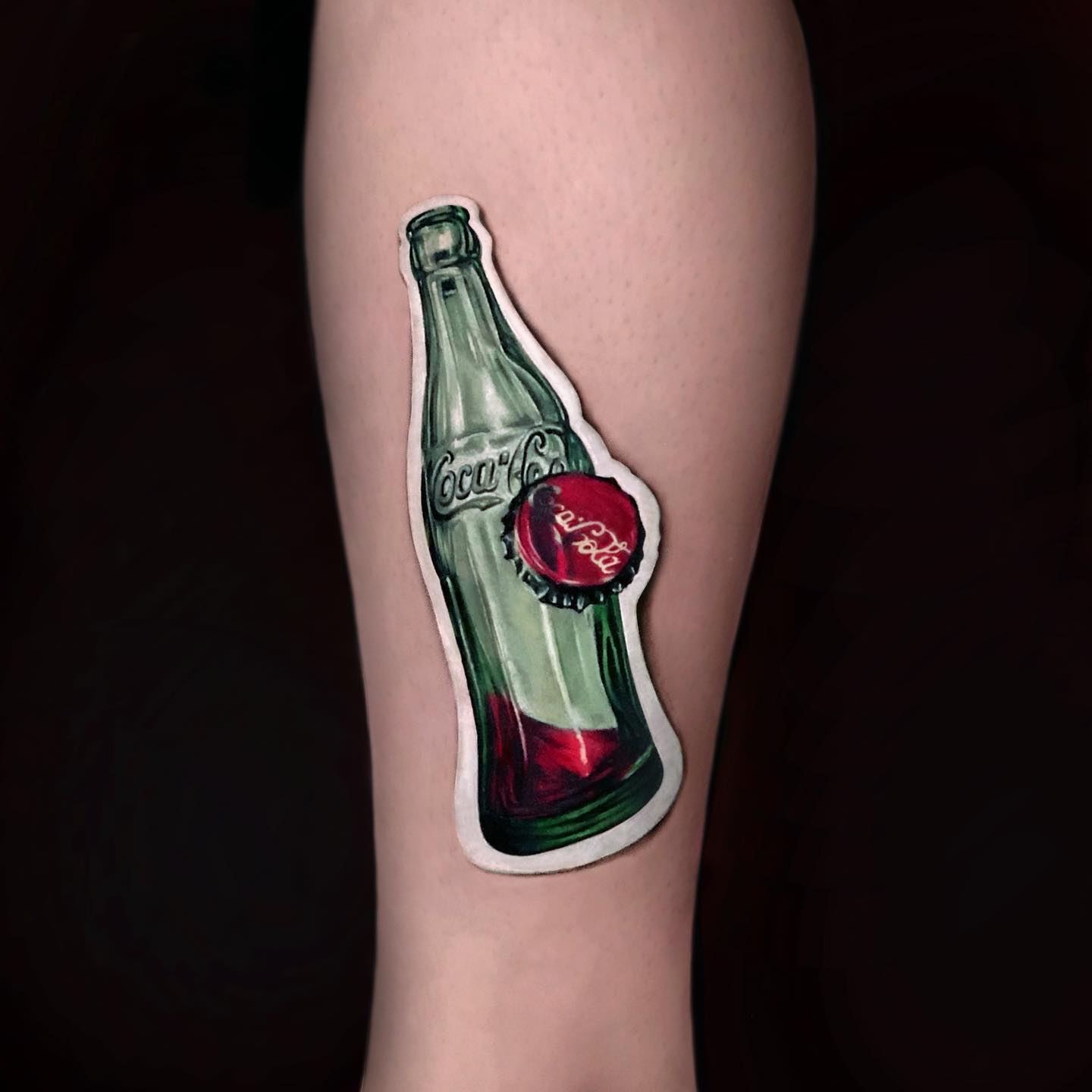 So let's find out more about his creative path.

- Karen, tell us where and how did you start your journey as a tattoo artist?

- My journey began in the small town of Pyatigorsk in the south of Russia. It happened quite spontaneously, I was inspired by my close friend, who became my mentor, whom I could ask for advice, although he denies this and claims that I achieved everything myself, but he played a big role in becoming me as a tattoo artist. I think you will ask who he is, but he is quite modest, and will babble if I name him. I will only say that he is a very famous tattoo artist at the moment.

I remember my first works, I think it would be fair to call them terrible, but all their owners knew what they were getting into, and I did it for free for quite a long time. Of course, there are some early works for which I am ashamed (smiles). 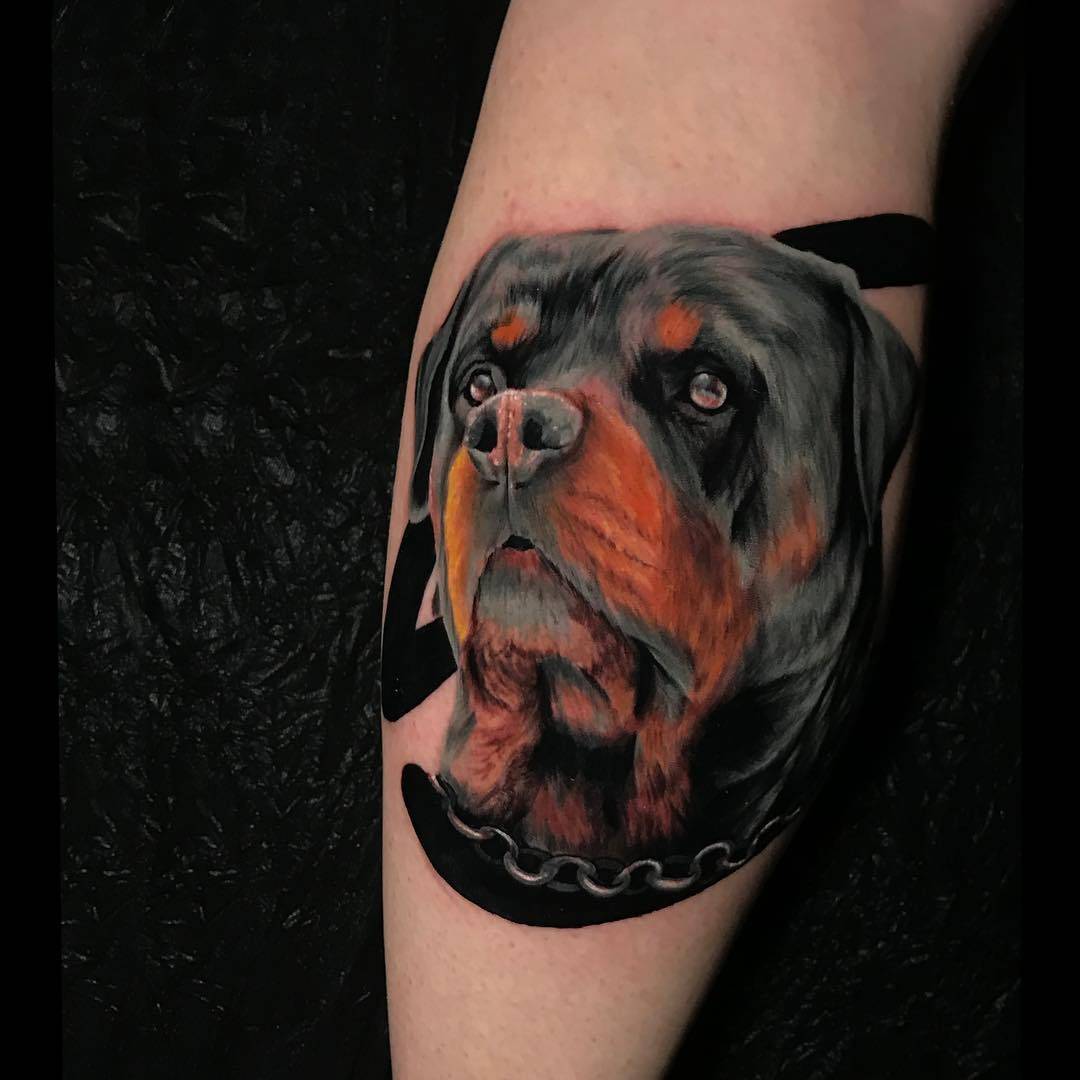 Realistic portrait of a Rottweiler by tattoo artist Karton Tsvetnoy

- Tell us, what did you do before the tattoo? What possible career have you left behind for tattoo art?

-  I have many different diplomas, and I have mastered many professions before becoming a tattoo artist. The most serious of them is the choreographer, I had my own dance school. In addition, I was fond of acting, played in performances. Once worked as a cook. Was a massage therapist. And much more, but much less interesting (smiles). 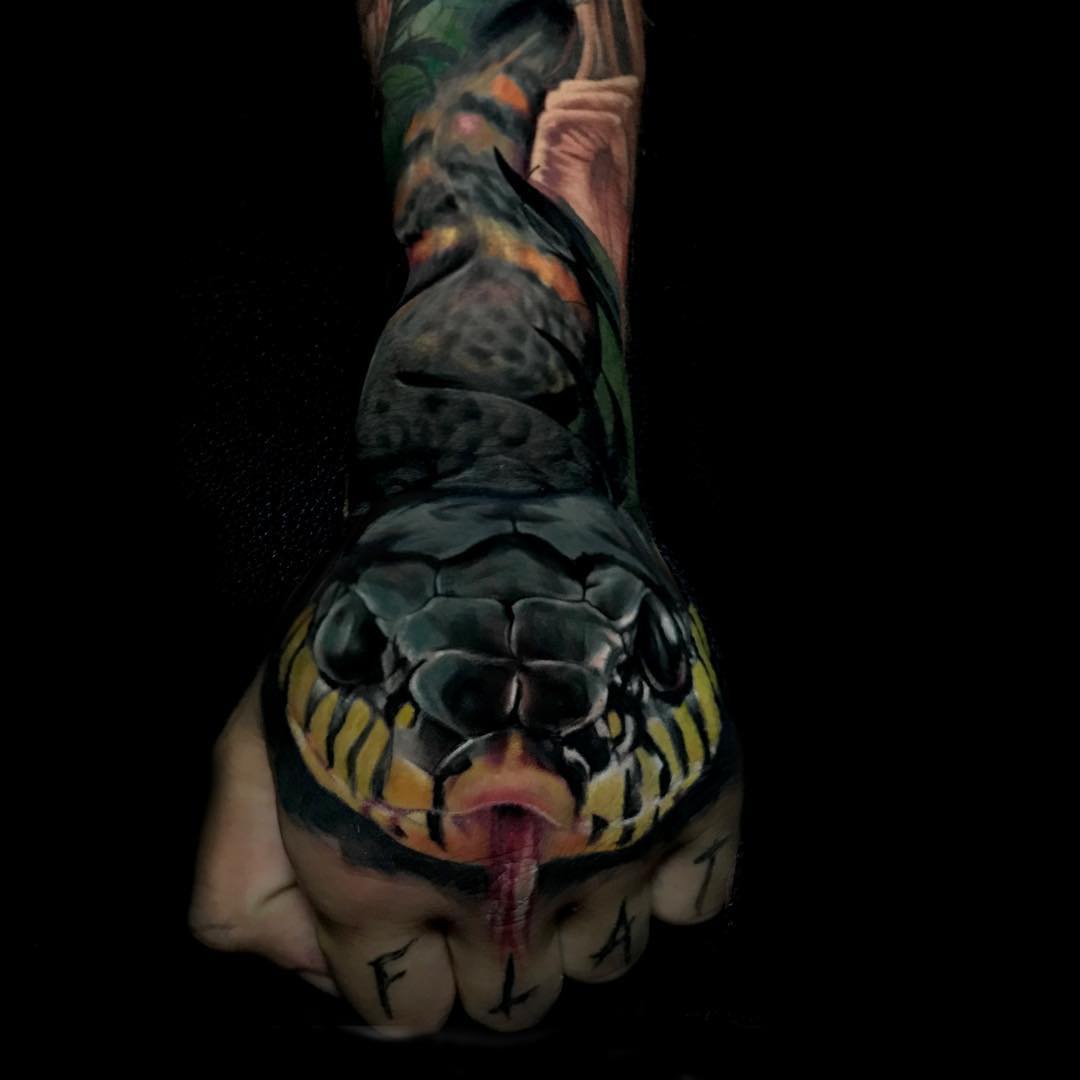 Spectacular tattoo with a snake on his arm by Karen Tsvetnoy

-Tell us how your style was formed? What features would you highlight in your work?

-  I hope that I have my own recognizable style, I can’t say that I have a well-formed style, although I strive for this, I constantly experiment with my sketches, trying to create something unique, I try to integrate into each work a hidden philosophical meaning.

Vladollla: «I hope that my efforts will lift the tattoo industry of Kazakhstan from its knees» 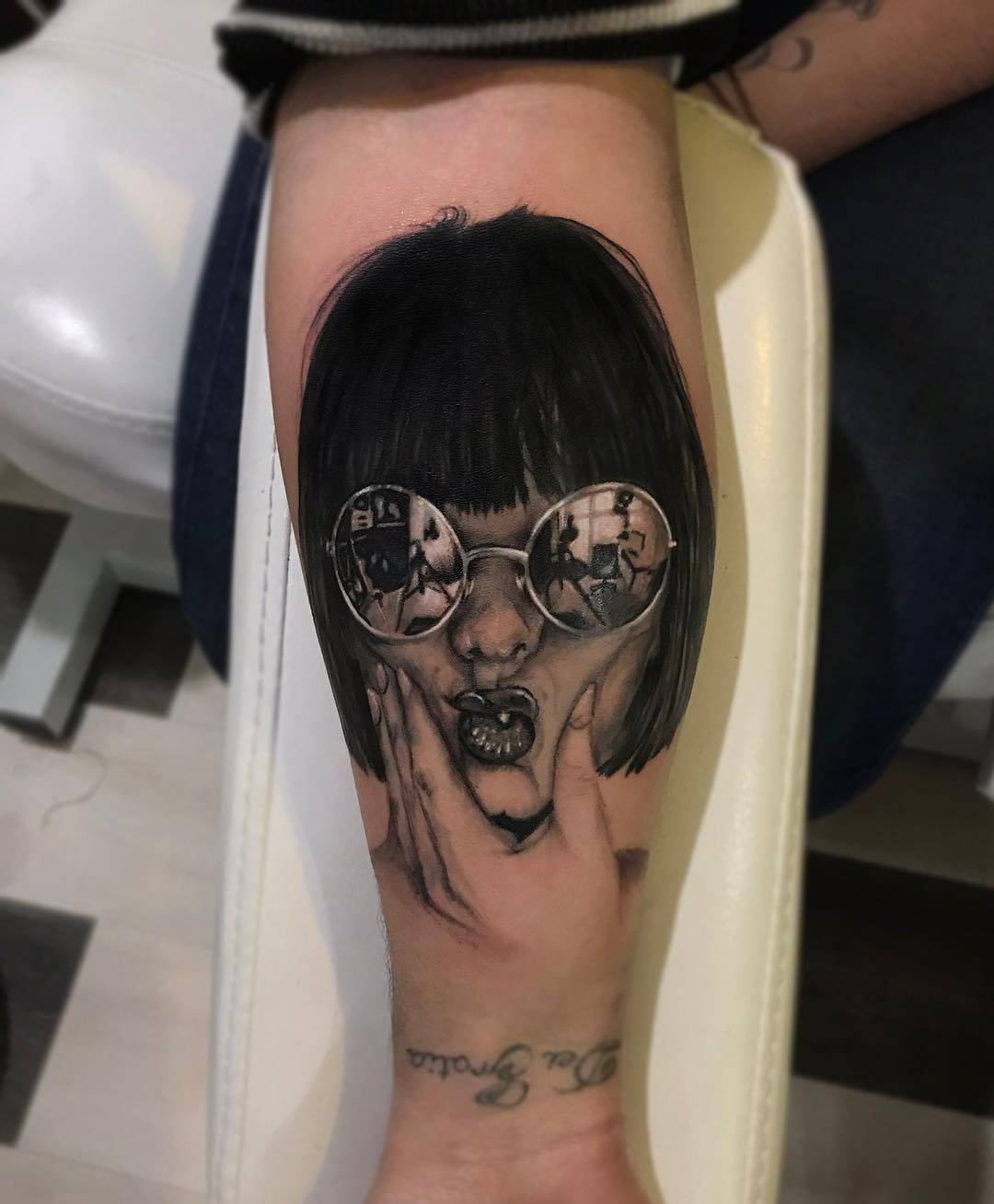 - Why did you choose realism ? Do you think this style is really one of the most difficult? What skills / traits should an artist have to work in this style?

- Yes, I think so, that's what attracted me to, I say with confidence, because I also worked in almost all styles, except, probably, Japan. I think the tattooer must have incredible perseverance, and all the same qualities as any other tattoo artist. Any tattoo, even the smallest and simplest in appearance, is difficult. 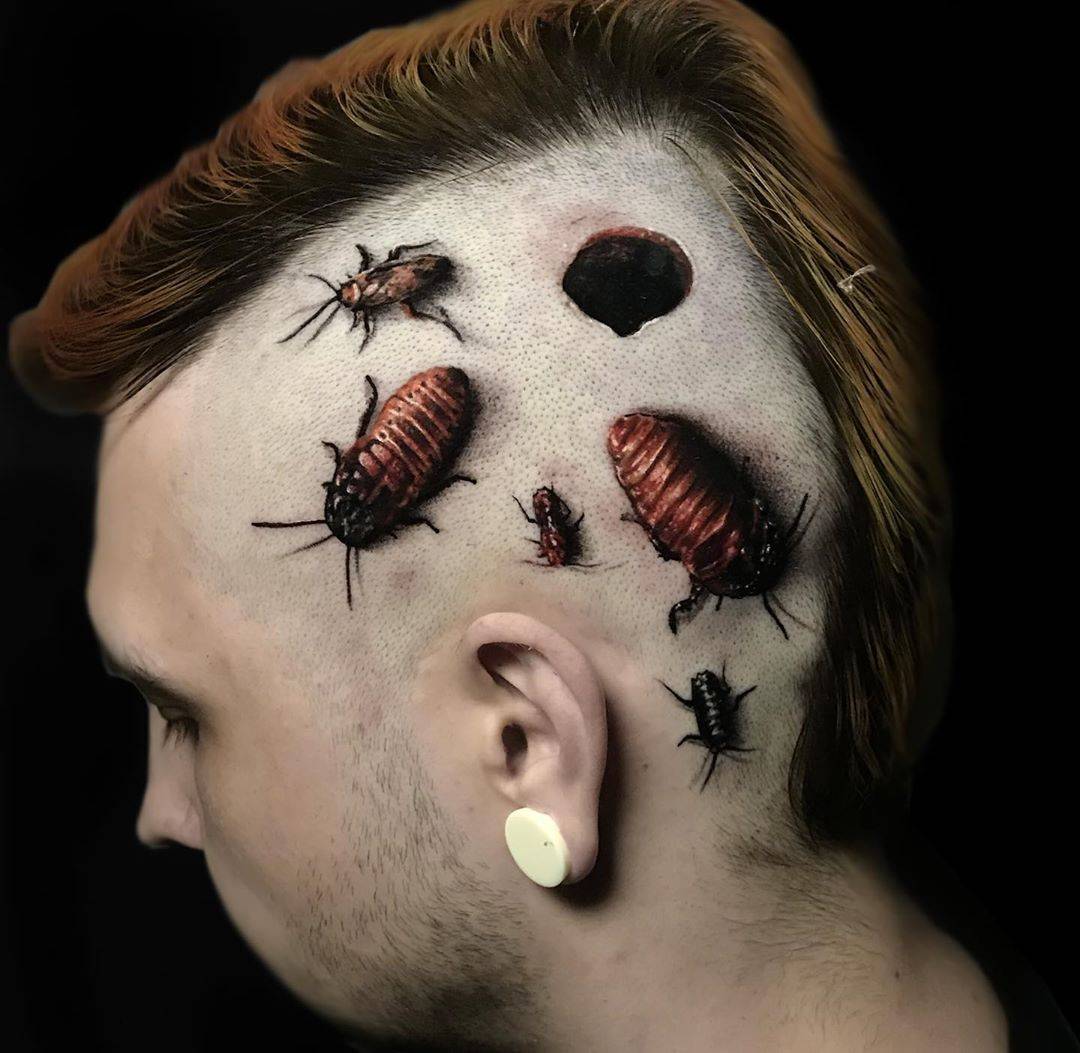 Tattoo with cockroaches on the head by tattoo artist Karen Tsvetnoy

- Last year, miniature tattoos began to appear more and more often in your portfolio. Does this request come from clients, or does the idea to start working in this direction come from your heart?

- Yes this is true. This was probably one of the most difficult tattoo decisions to make, going from large to miniature. I always considered them not serious enough, but somehow I made a miniature portrait in color, I decided that it was worthy of attention, and after a couple of such tattoos it captured me, and many new ideas appeared. There are so many that sometimes I don't have time to implement them all. I also came to miniatures because of my love for experiments. Perhaps in the future you will see something new.

-  How can you evaluate your popularity in the tattoo industry? And how do you think it can be measured?

- (Laughing) I think that trying to evaluate yourself is a waste of time and nerves. After all, no matter what I answer, I will be wrong. And my self-criticism will not give an objective answer. I assign the responsibility to answer this question to people who follow my work and I will agree with them.

- What is your opinion, is the modern tattoo an art or commerce?

- You know, I do not think that there is a definite answer to this question. After all, people need money to live. Everything around is saturated with commerce - even surgeons save people for money, but at the same time there are times when money does not matter. 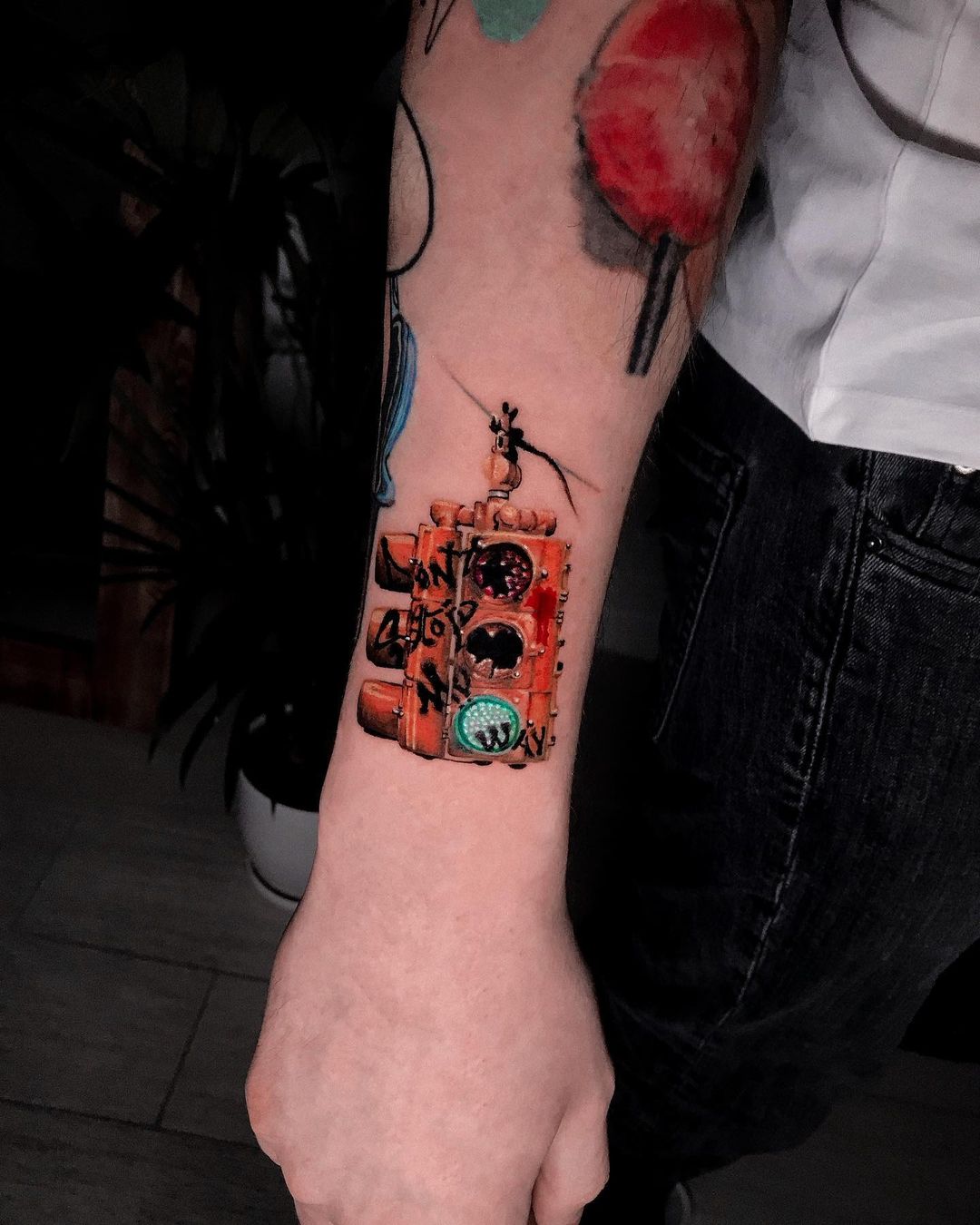 I have done quite a lot of work either for free or for a nominal fee, but nevertheless, I do not think that the absence of commerce would allow me to embody everything that can be called art. Art also needs money. Everything is connected and I can not say that it is bad. One thing is for sure, I'd rather do art with money than without it. Whoever says the opposite is most likely prevaricating (smiles). 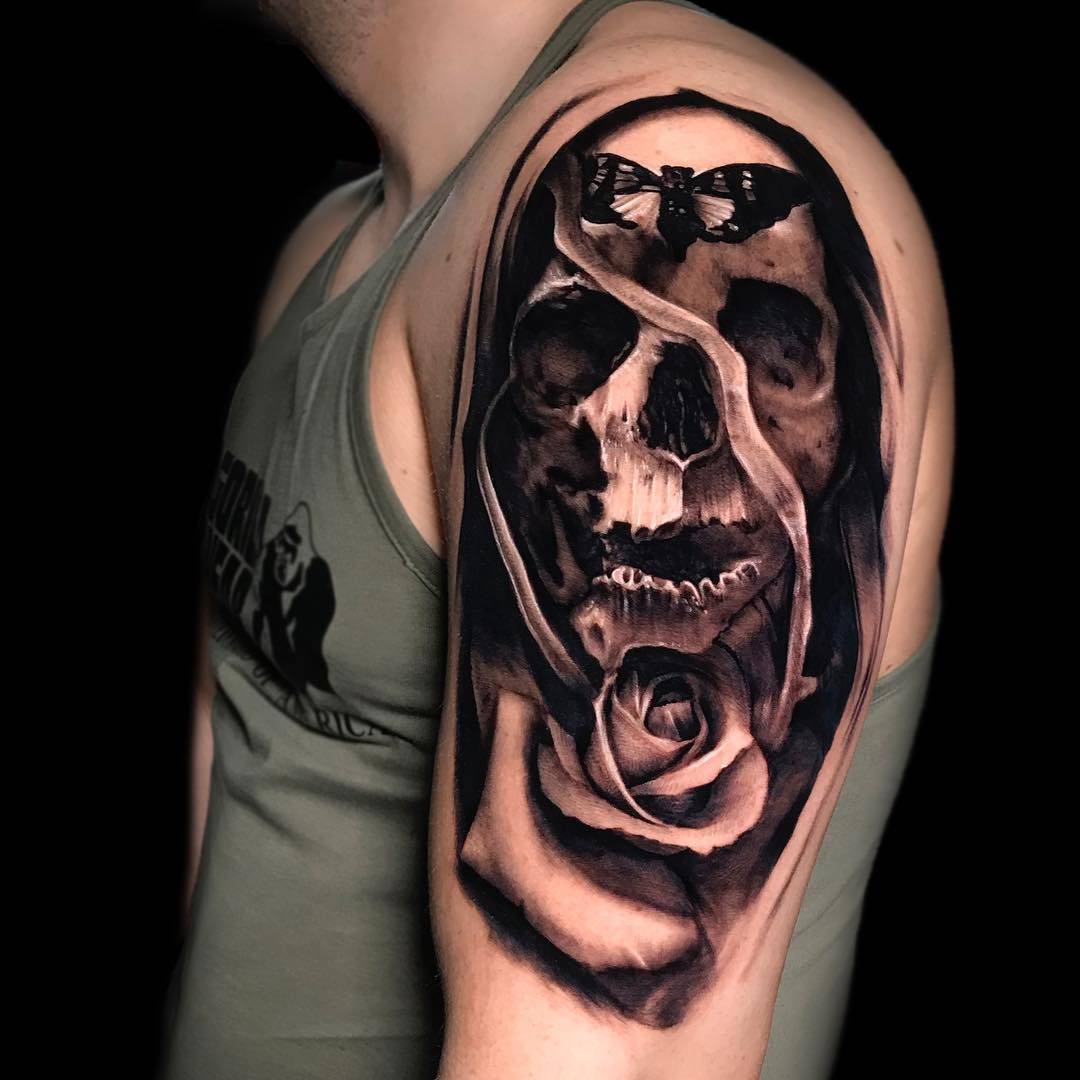 - Where do you look for inspiration?

- Even a torn shoe on the road can inspire me, you never know what or who it could be, so I try to travel a lot, meet and communicate with different people, other tattoo artists play a significant role in this.

- Do you still find time for painting? What place does it occupy in your life? What materials do you like to work with the most?

- With so many trips, I have very little time left for this. I draw more often on a tablet, simply because it is more practical at the moment. Now my free time is occupied by the creation of sculptures according to my own sketches. This is a new direction that I want to master, I think it will also appear on my Instagram soon. 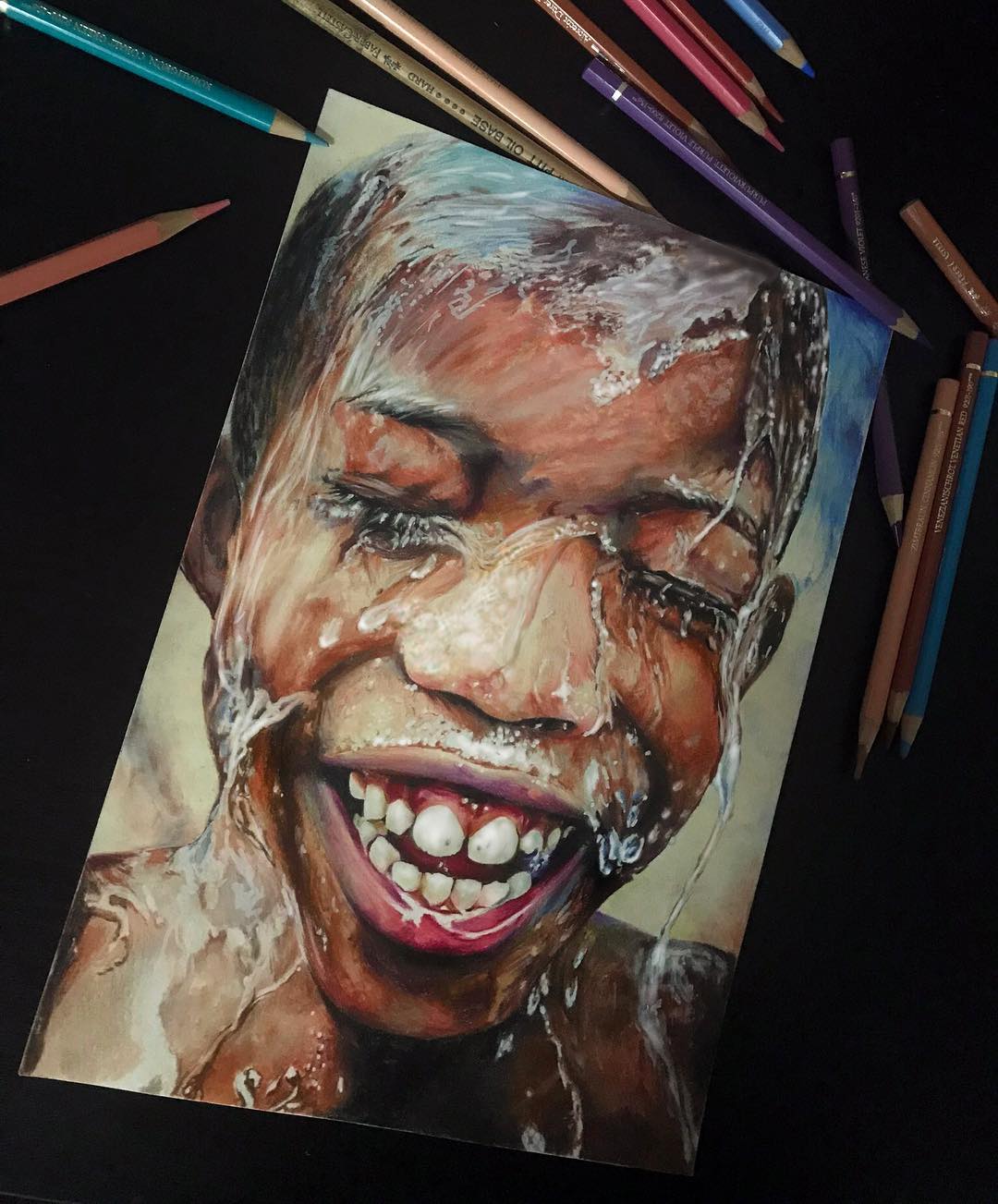 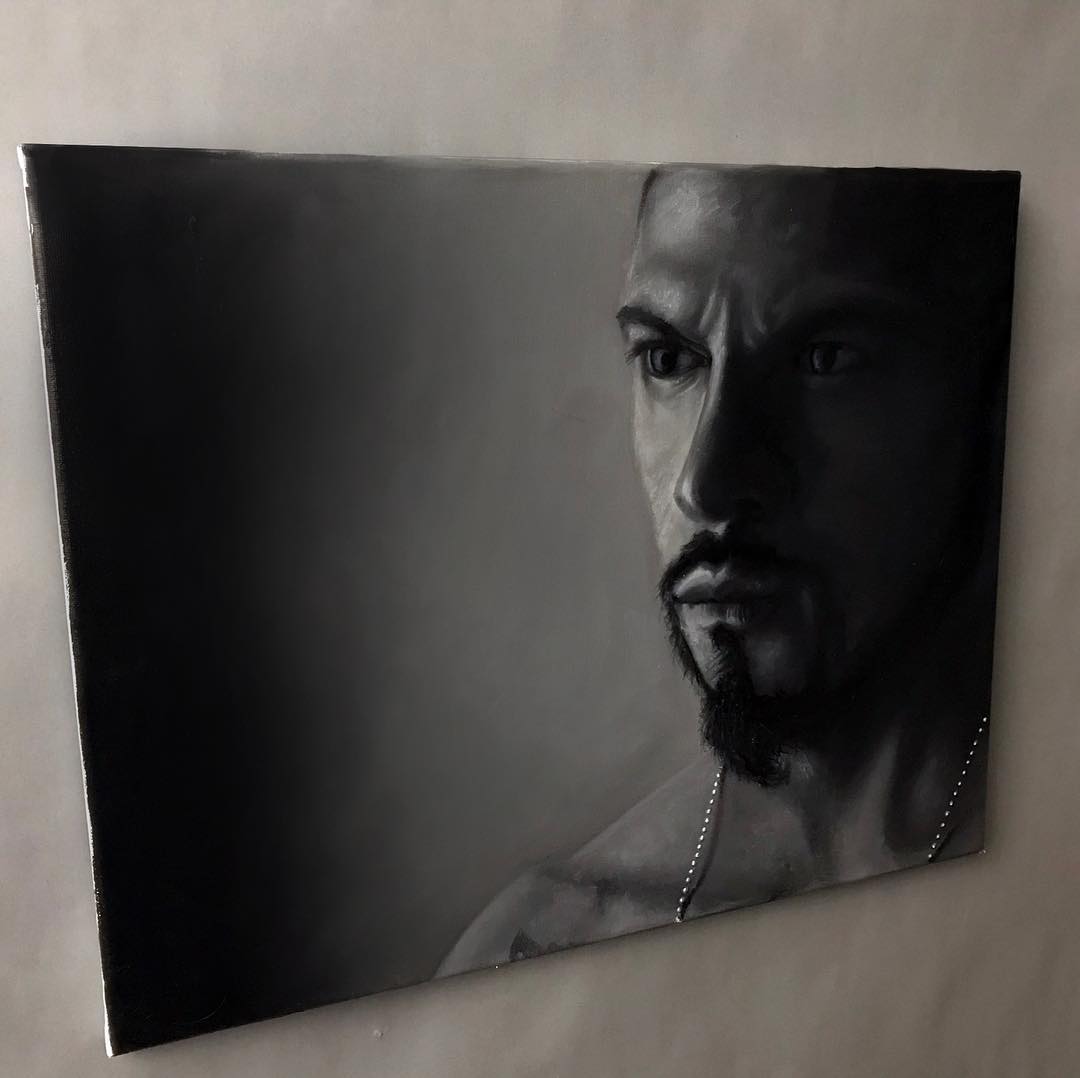 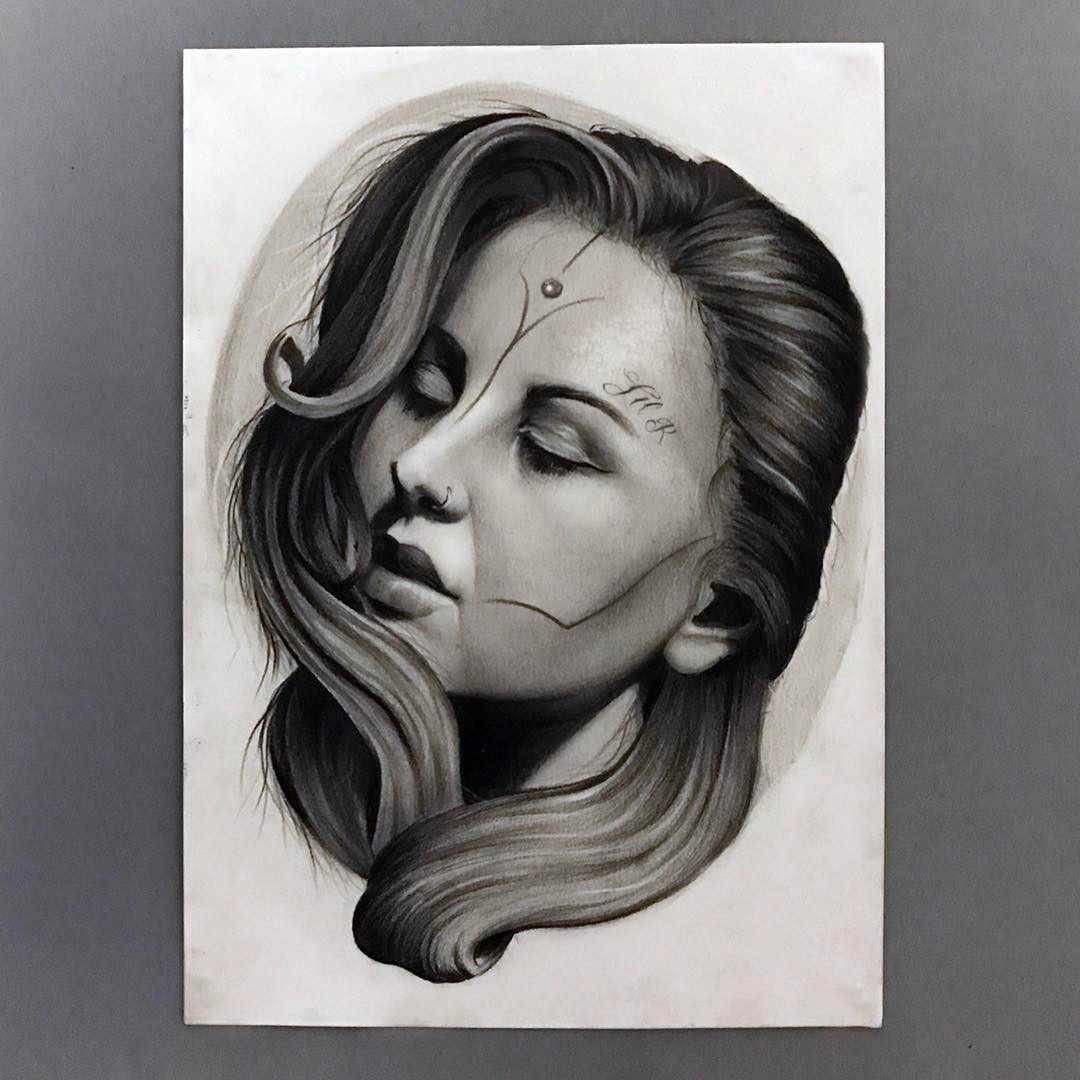 -  Tell us about your experience of participating in conventions. How many awards do you have to date? 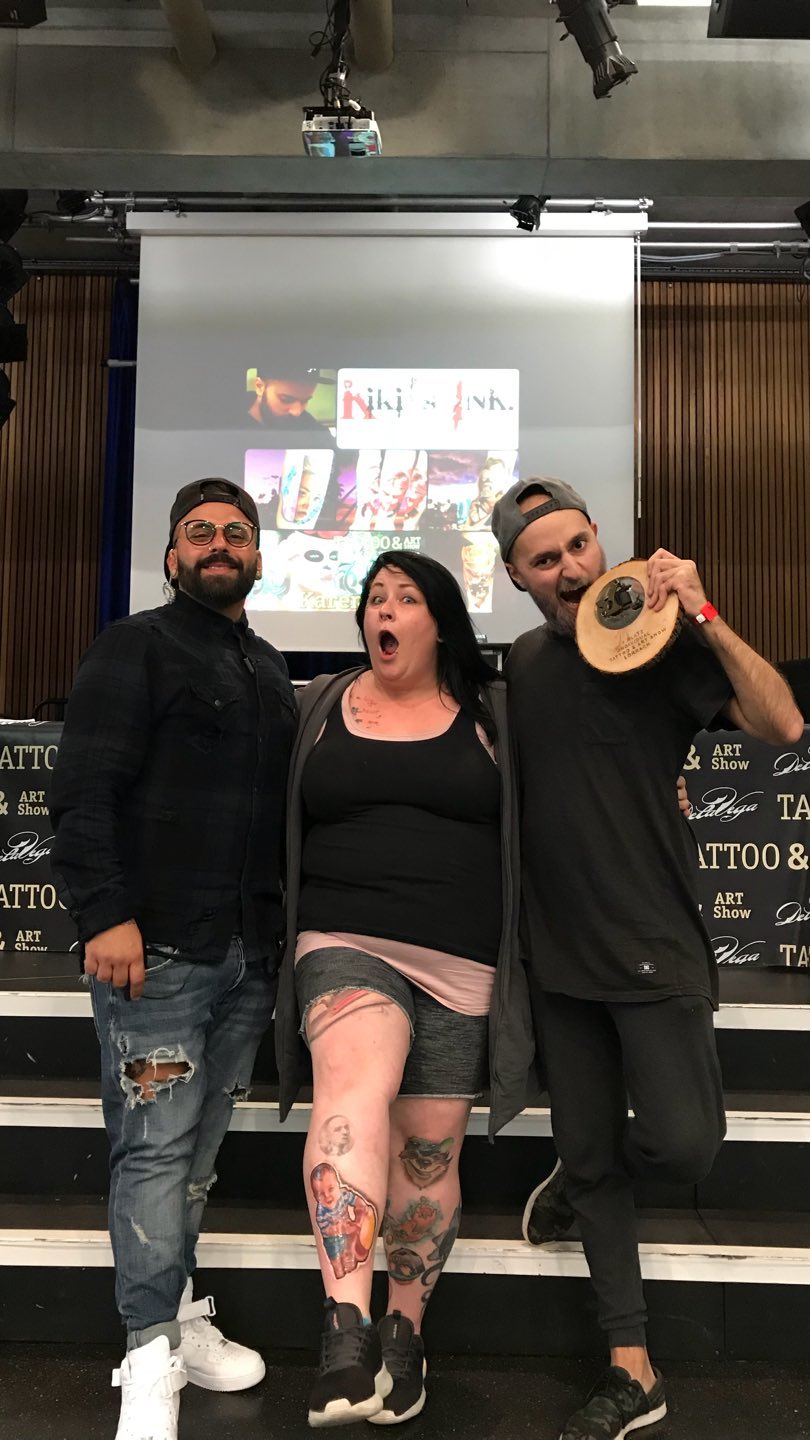 - Do you have many fans abroad? Do they come to you for sessions in Russia?

- Yes, this often happens. The vast majority are rather abroad, I have many regular clients and they always look forward to me. There are also many people who ask to come to them in countries where I have not yet been.

- What do you aspire to in the development of your style and career?

- I strive to achieve the unattainable, there is no specific final goal, just everyday I try to become better than yesterday. A true master is one who is always learning. 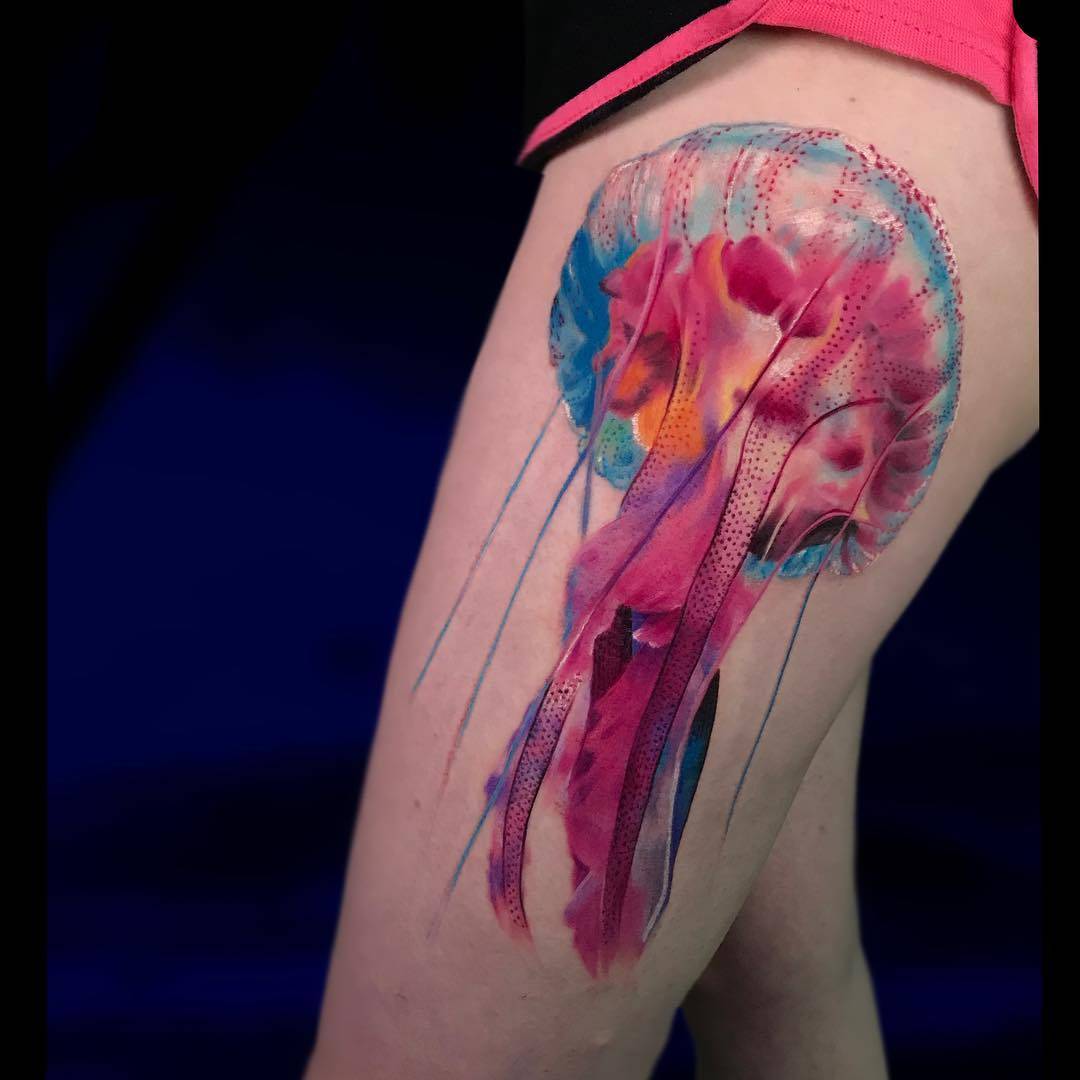 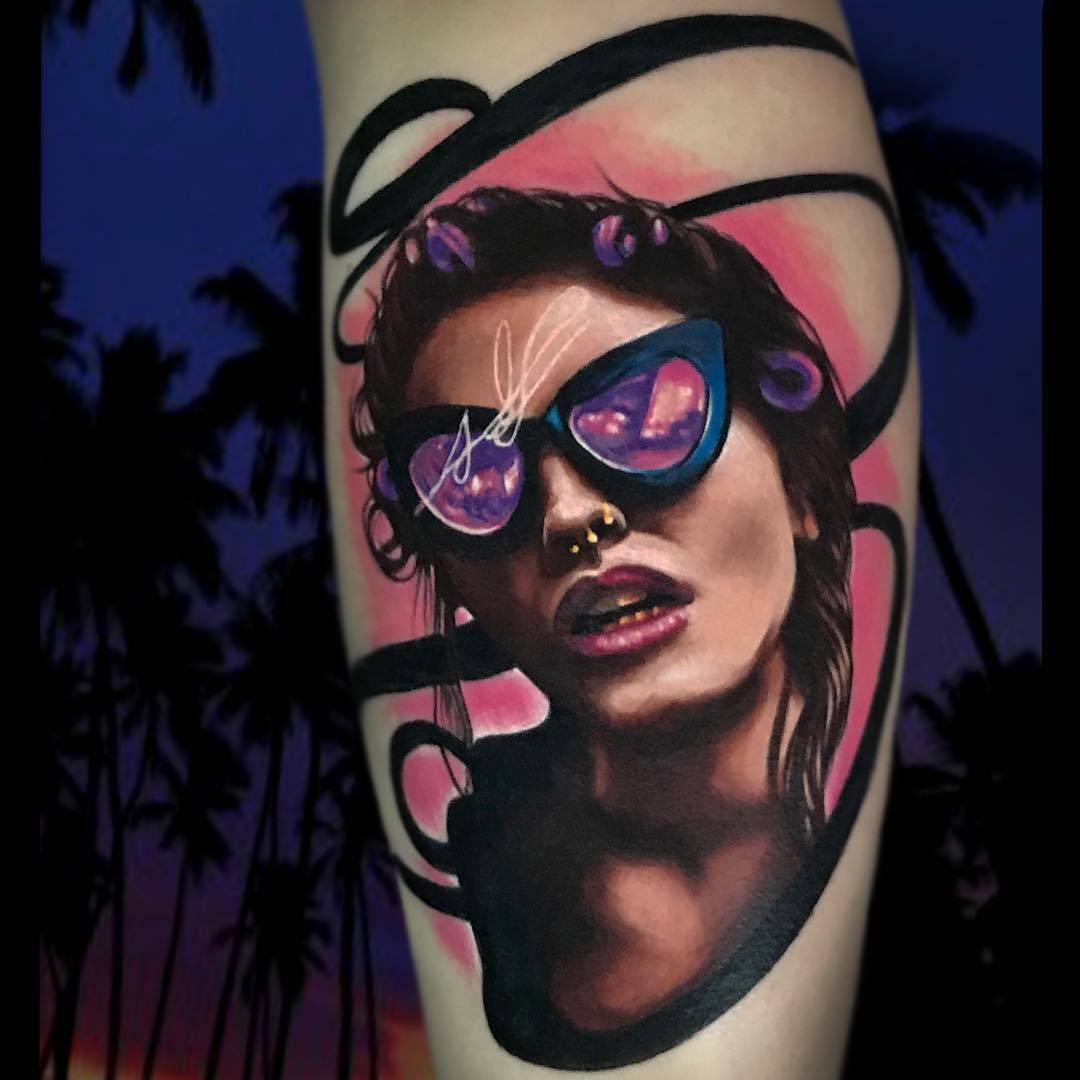 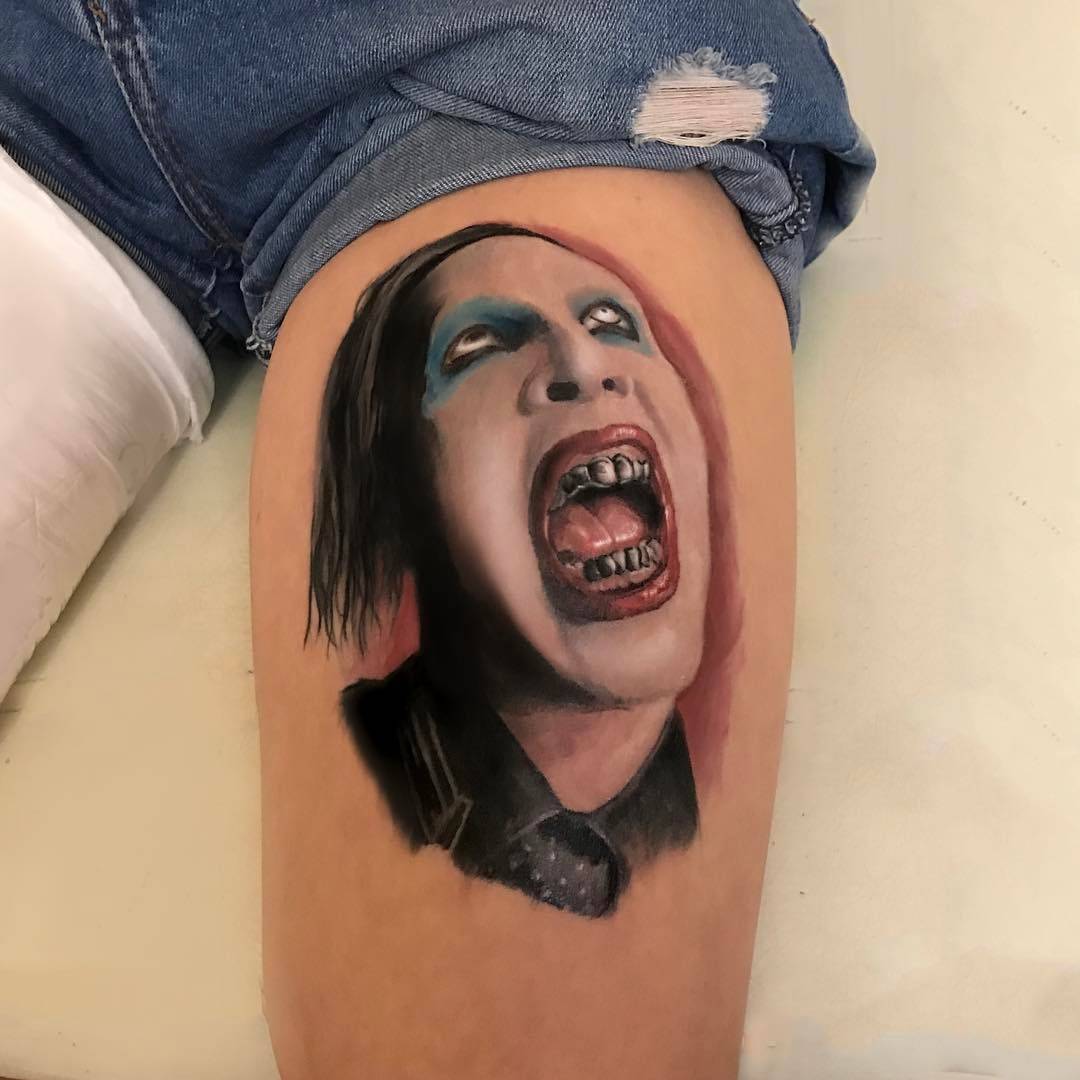 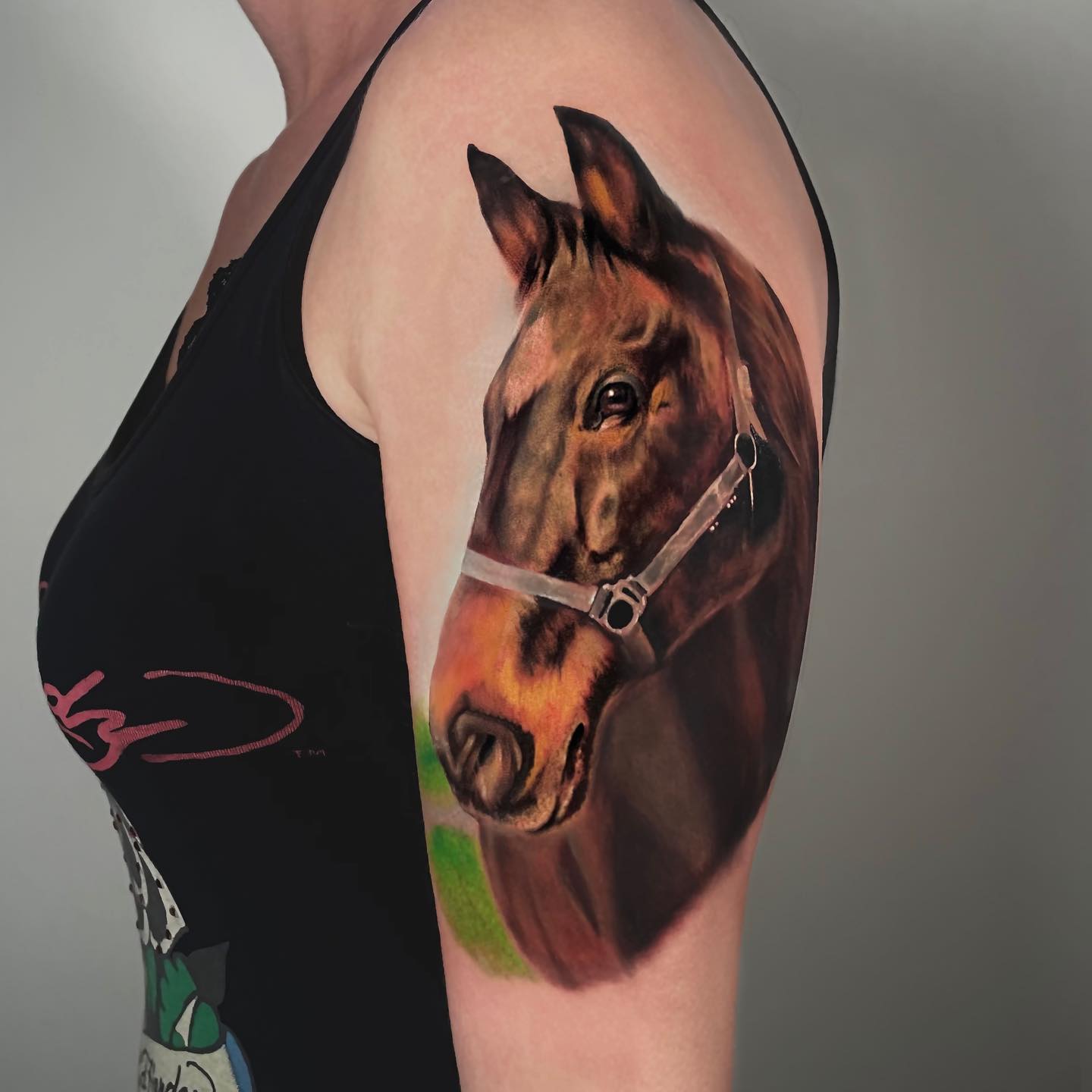