In no country in the world is a miniature tattoo so popular as in Korea. This is largely due to the fact that the Korean government still keeps the tattoo illegal. However, this does not reduce the number of fans of this art, and only gave rise to a whole trend of modern tattooing, that called “Korean miniature” in the tattoo community.

Since clients are trying to hide tattoos under their clothes, artists are trying to satisfy this demand for small tattoos, honing their skills in design and tattooing to incredible heights. We have already introduced you to the amazing variety of Korean modern tattoos, and today we continue with a new hero - Choi Yun from the famous studio @studiobysol.

Choi moves away from traditional Korean realism and focuses on minimalist designs that look amazing! Tattoos are not overloaded with details, but at the same time they are easy to read from a distance, which is extremely important for tattoos of this size, but most importantly, they catch with their originality.

How Choi Yun managed to achieve this - let's find out from our interview. 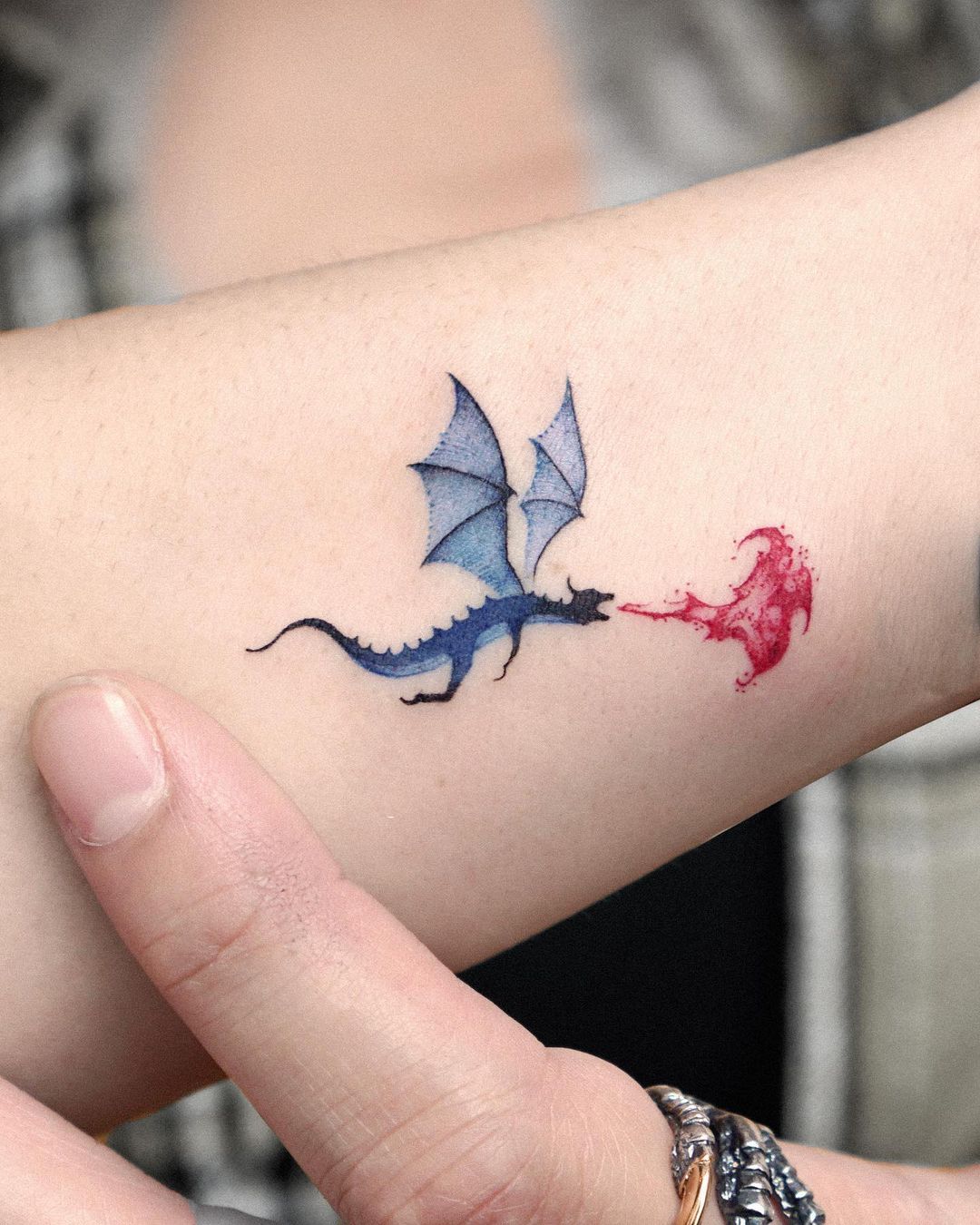 Choi Yun, сan you tell our readers a little about yourself? Where are you from? Where did you study, what kind of education did you receive?

- I was born and raised in a small rural village. Koreans probably don't know where it is either.  I liked art since I was young, so I went to an art high school in my neighborhood and studied hard, so I went to a university in Seoul, the capital city. It was also an art college.

How long have you been tattooing? When and how did you decide to become a tattoo artist?

- After graduating from school, all I could do was drawing and Korea was a society that was hard to make a living with art.

I wanted to make money by drawing(for living), and I thought about what I could do using this advantage and chose a tattoo. At first, I was lost because I didn't know where to learn. There was a time when I learned in a place full of cigarette smell underground. I felt that I didn't have enough learning here and eventually went to another academy run by a large tattoo shop called Studio By Sol. As a result, I am very satisfied with this choice and I have been a tattooist for more than four years. 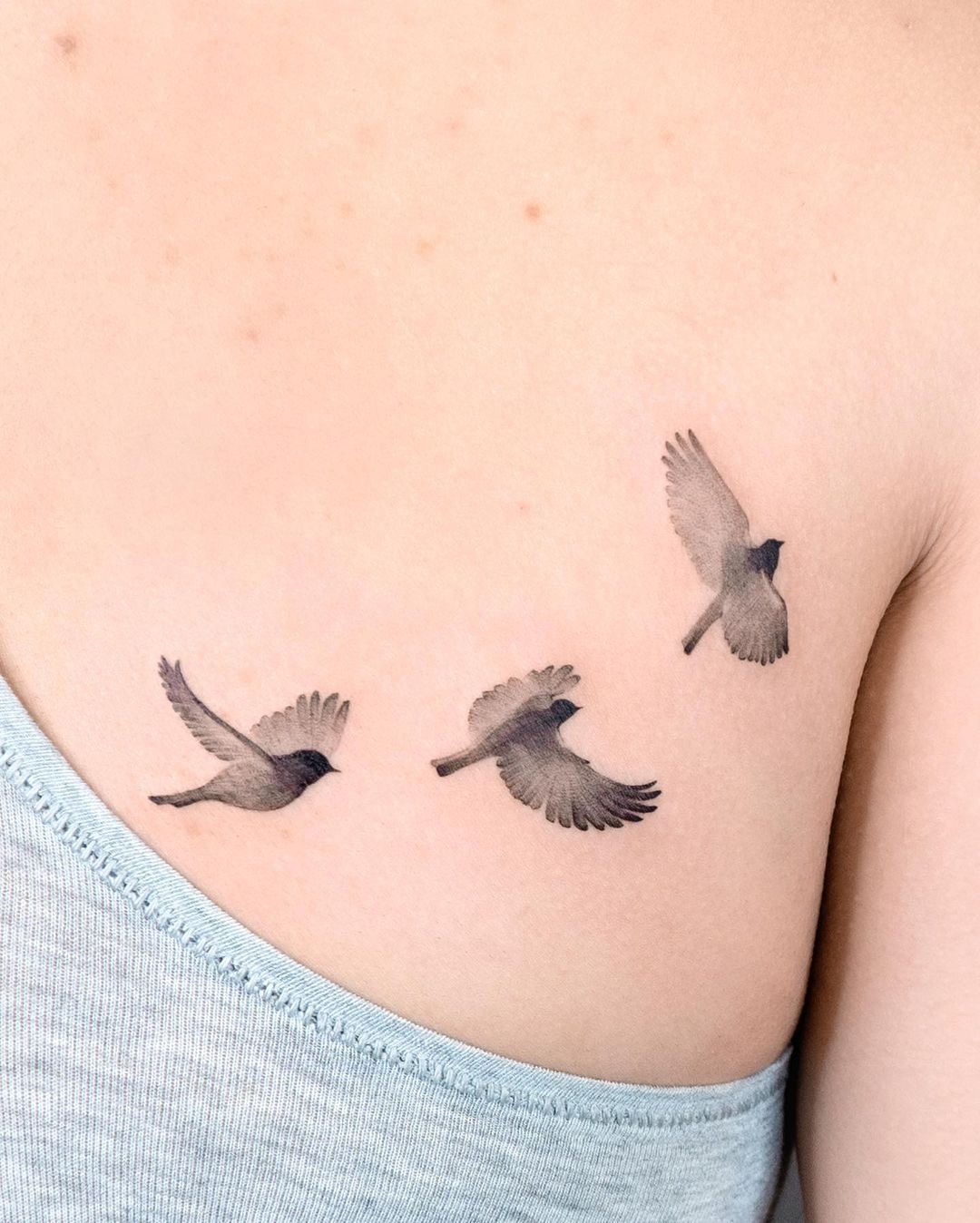 Let’s talk about your work. Tell us more about your style of tattooing and how you came to it. How would you describe your tattoo style?

- I call it a gradation tattoo.

I like simple and organized things. My work is also a simple style that just takes the silhouette of the target and fills the inside with gradation. That's why I call it a gradation tattoo. 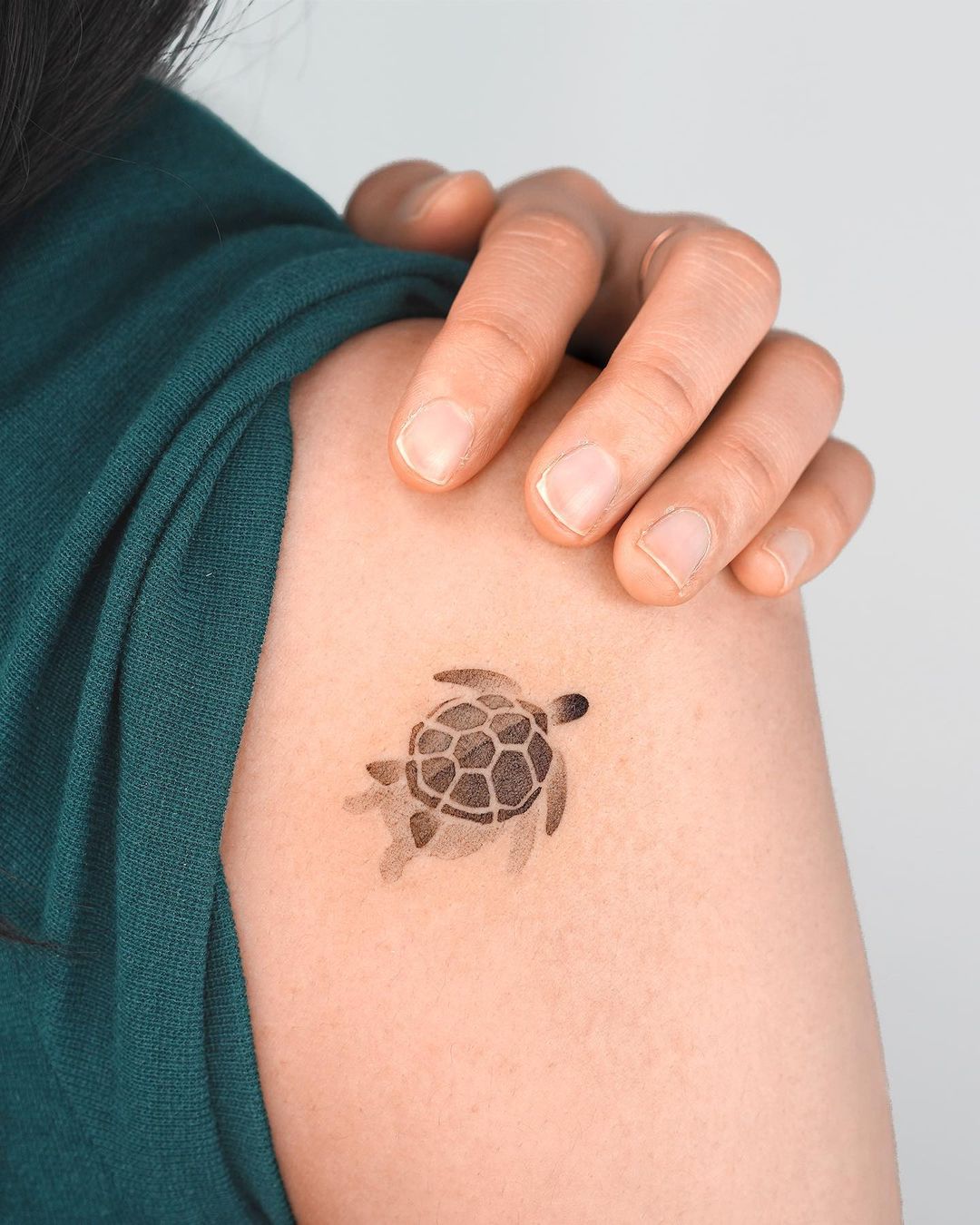 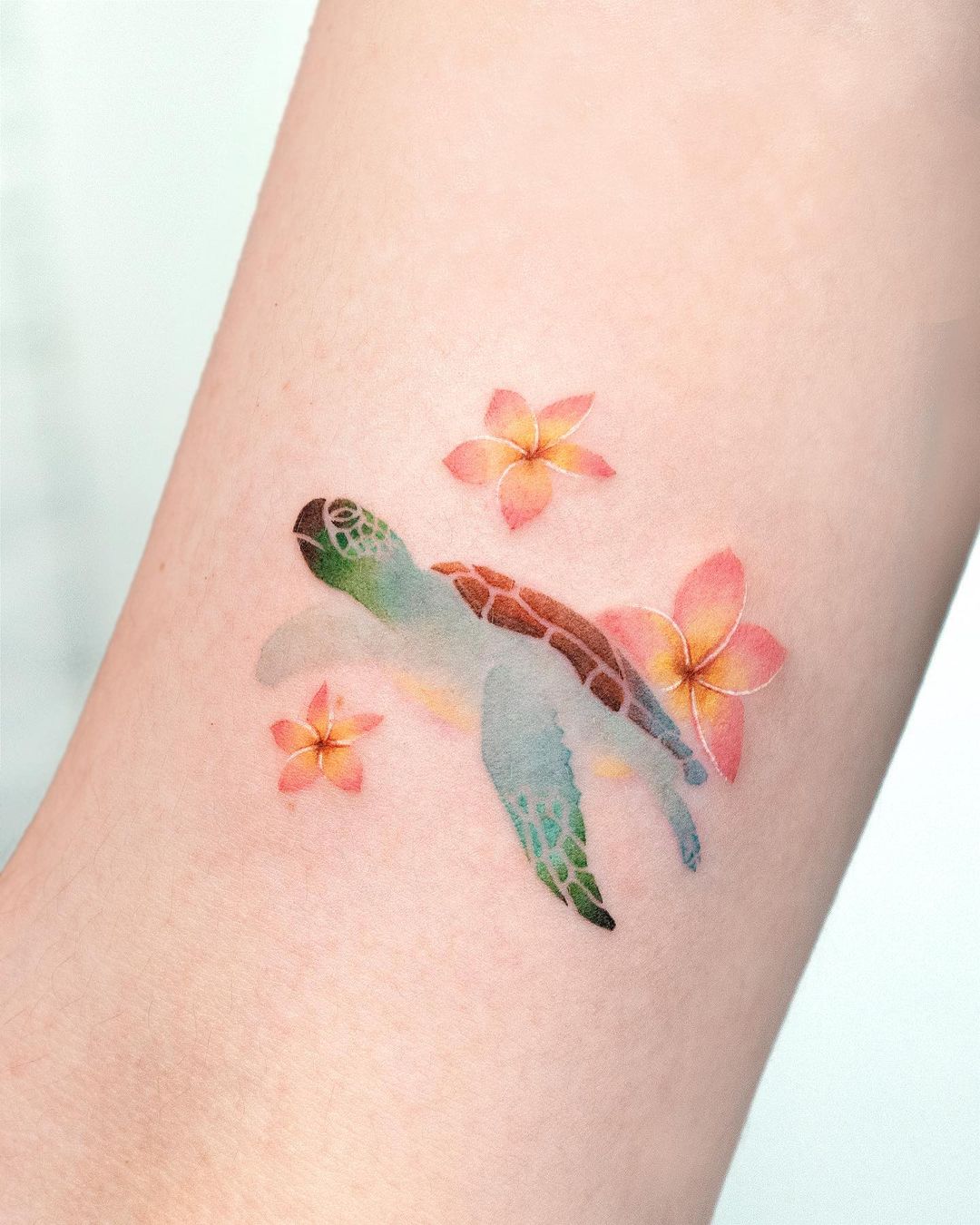 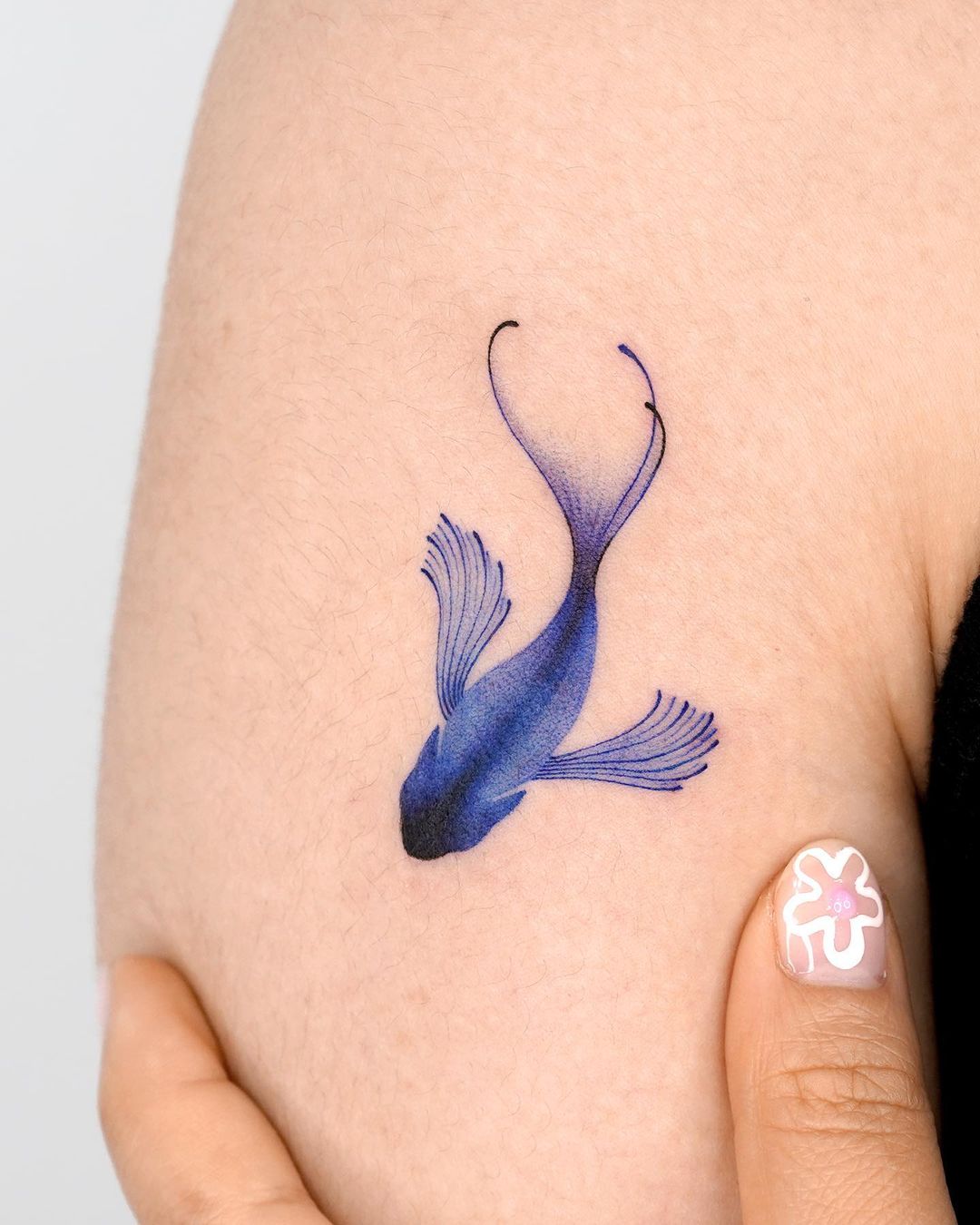 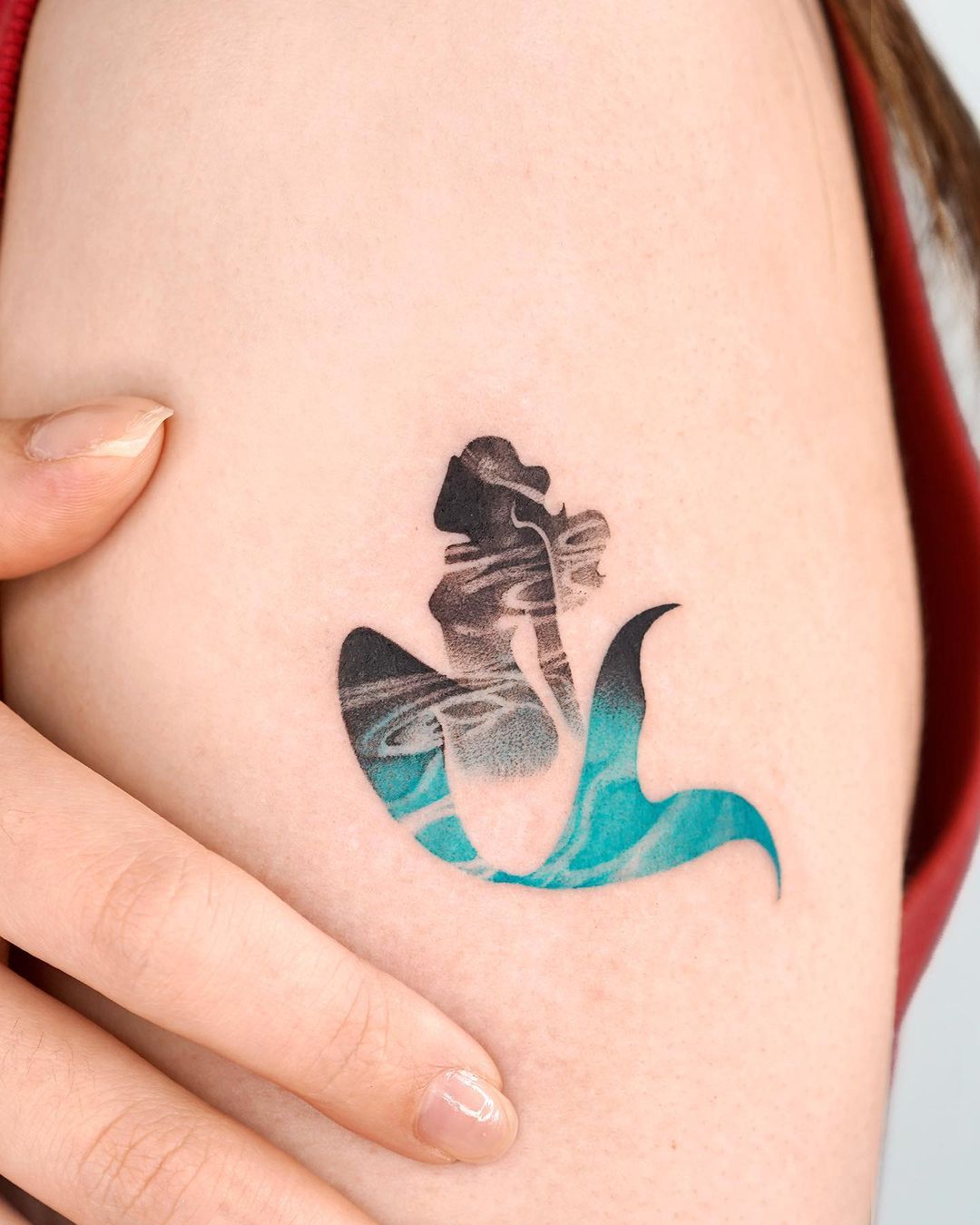 There are a lot of dragons in your portfolio. How did they appear?

- It started at the request of a client. She showed me Emilia Clarke's dragons and asked me to redesign them in my style, and I designed them with a gradation without details. This was a lot of fun. I didn't know it would become this popular. I'm always grateful to the guest :) 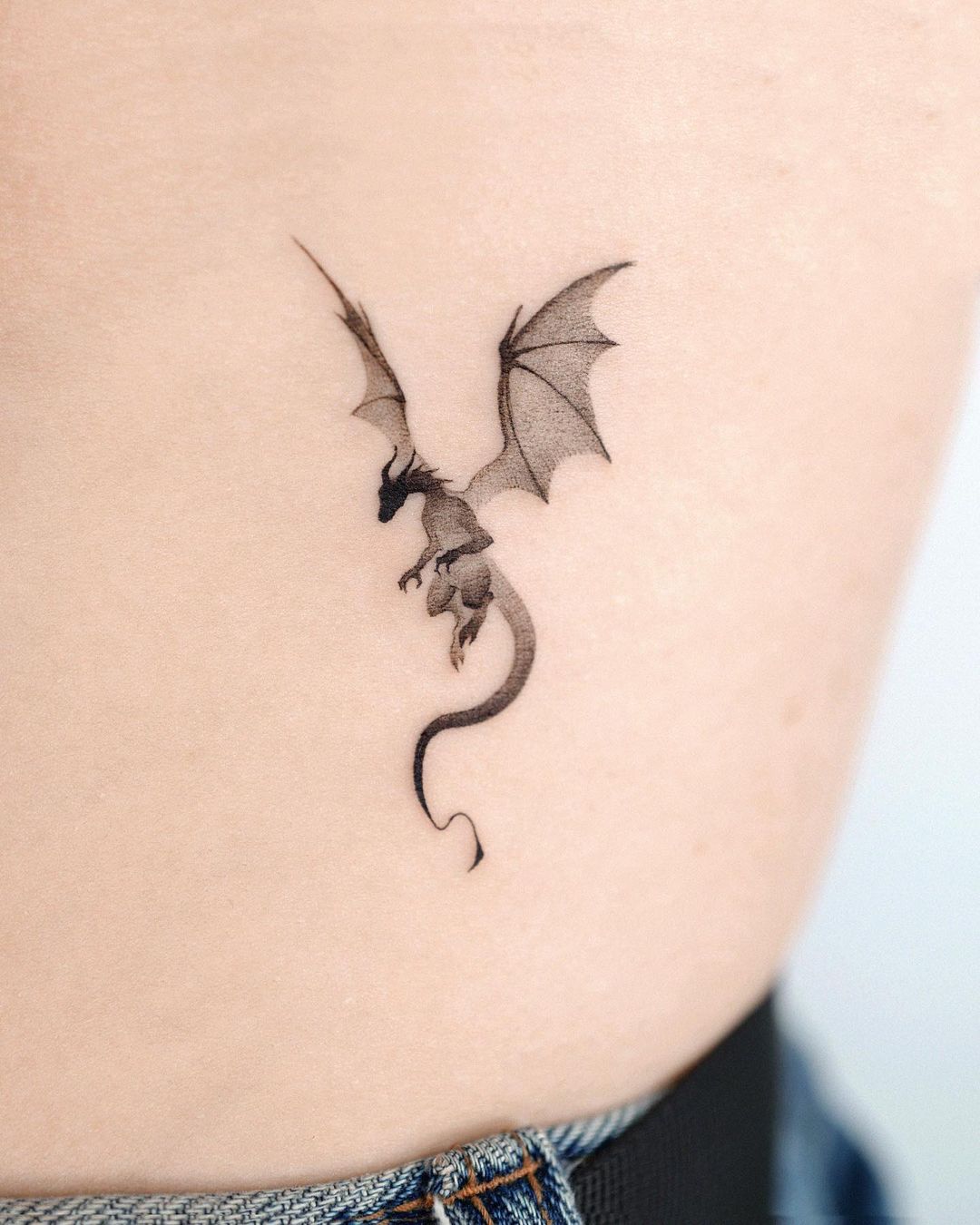 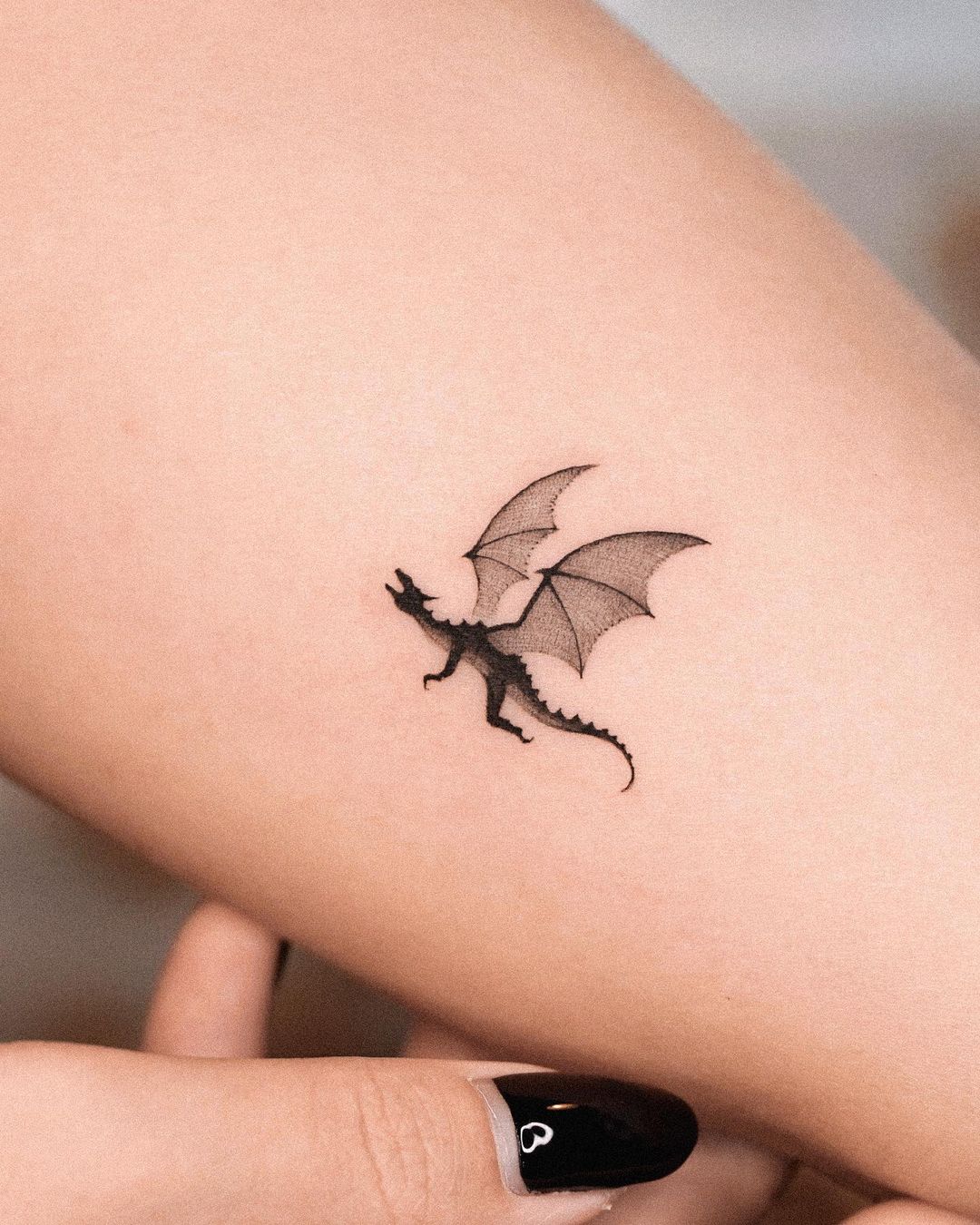 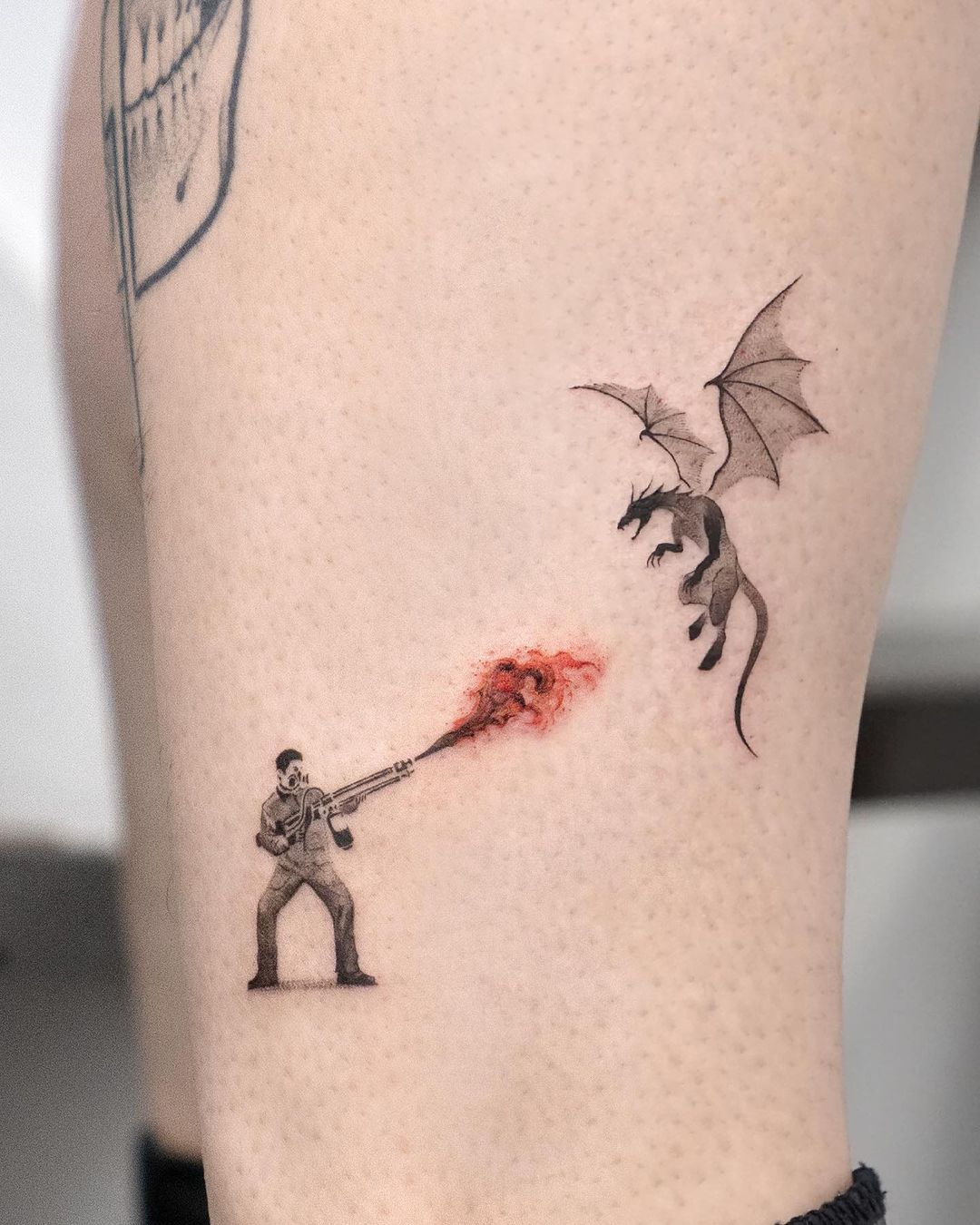 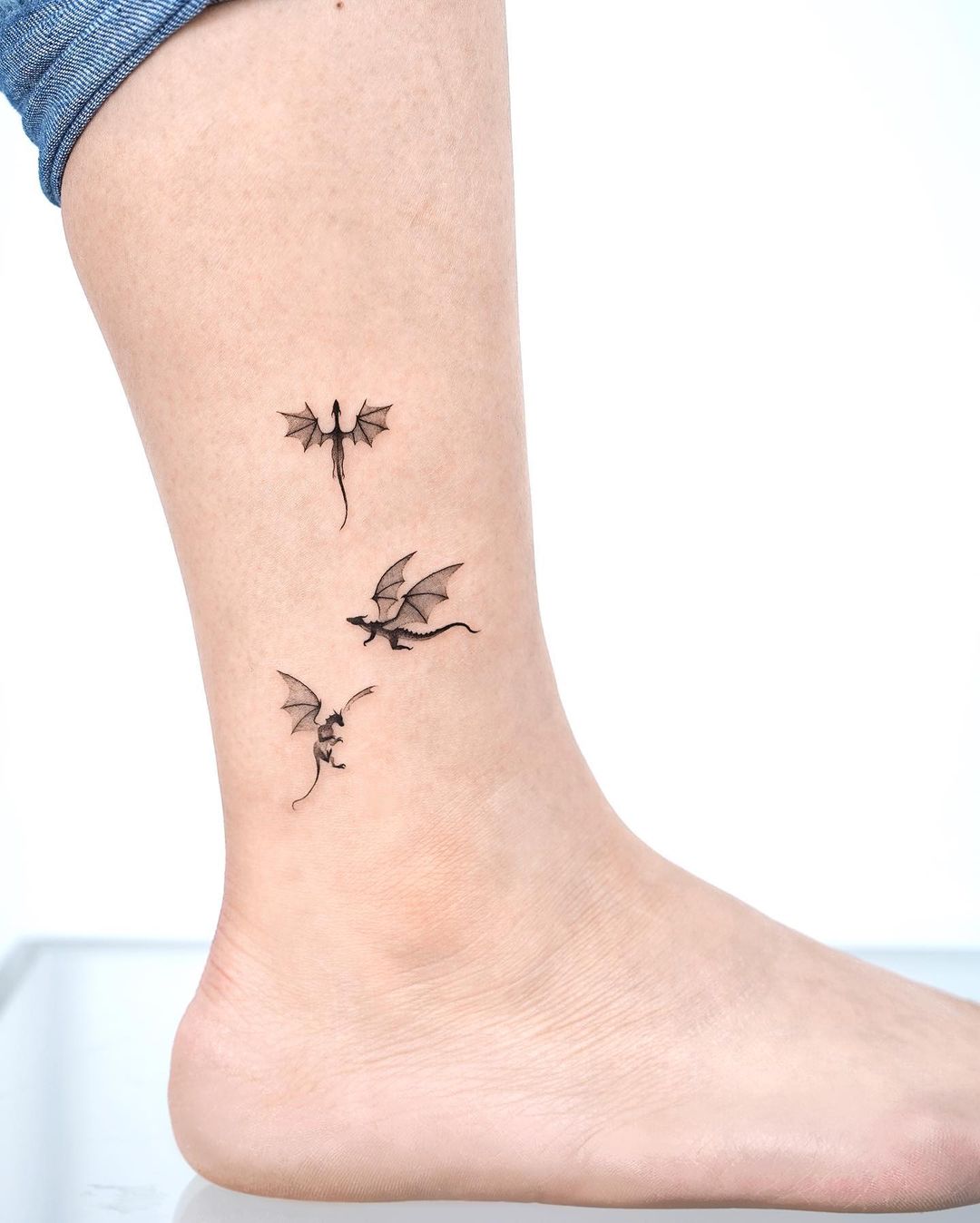 Do you have a favorite project or tattoo that you are proud of?

- My favorite thing is my snake design. I think long designs suit the body well because people are usually long vertically. I really like snakes because they are a material that is loved by people and are long enough to express gradations.

Working with small tattoos is very difficult. Did you have any special training? Who was your teacher?

- My special skill is holding my breath without blinking. I think I have dry eyes these days. My teacher is Soltattoo. He doesn't seem to have a hard time working on it, it's amazing. 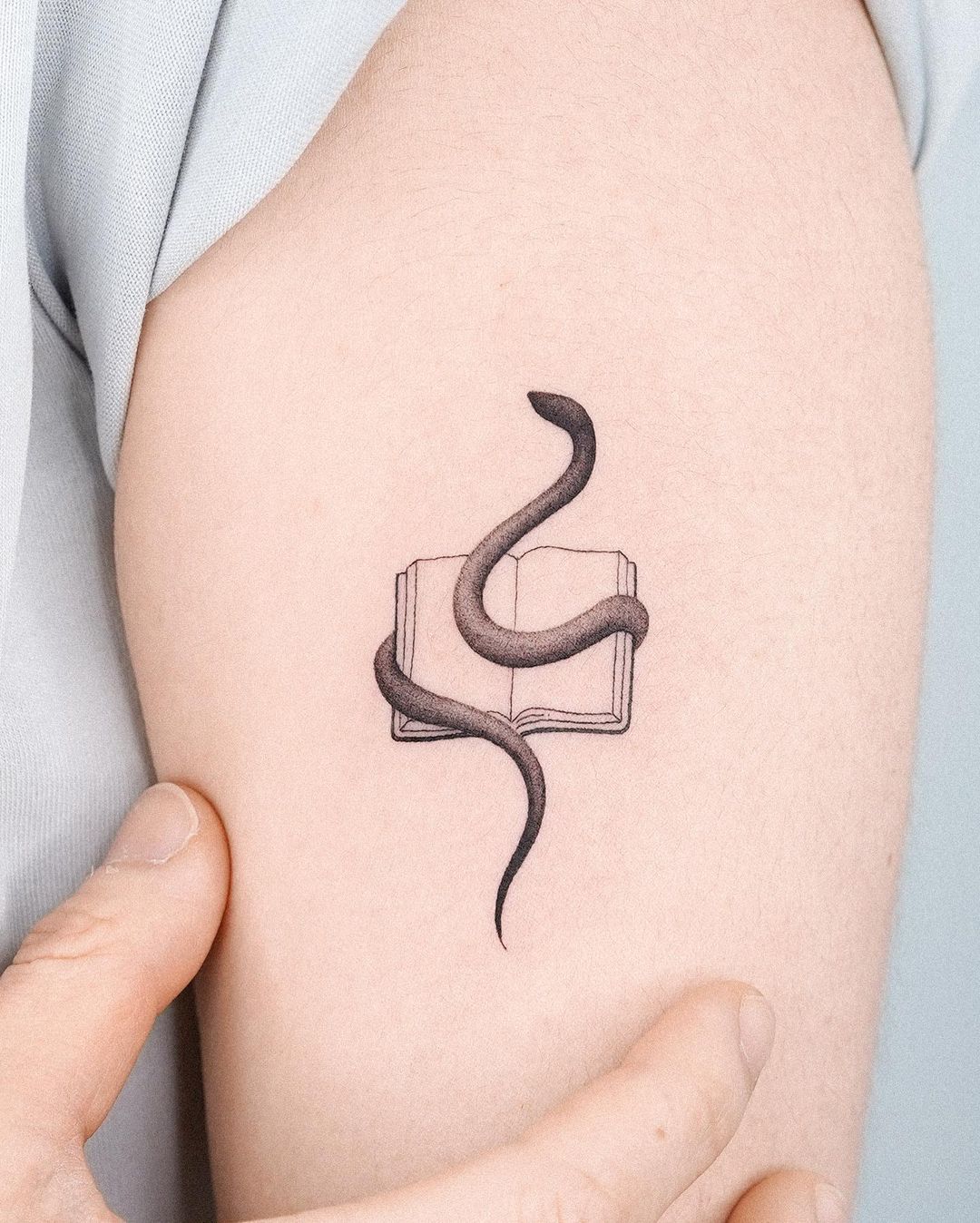 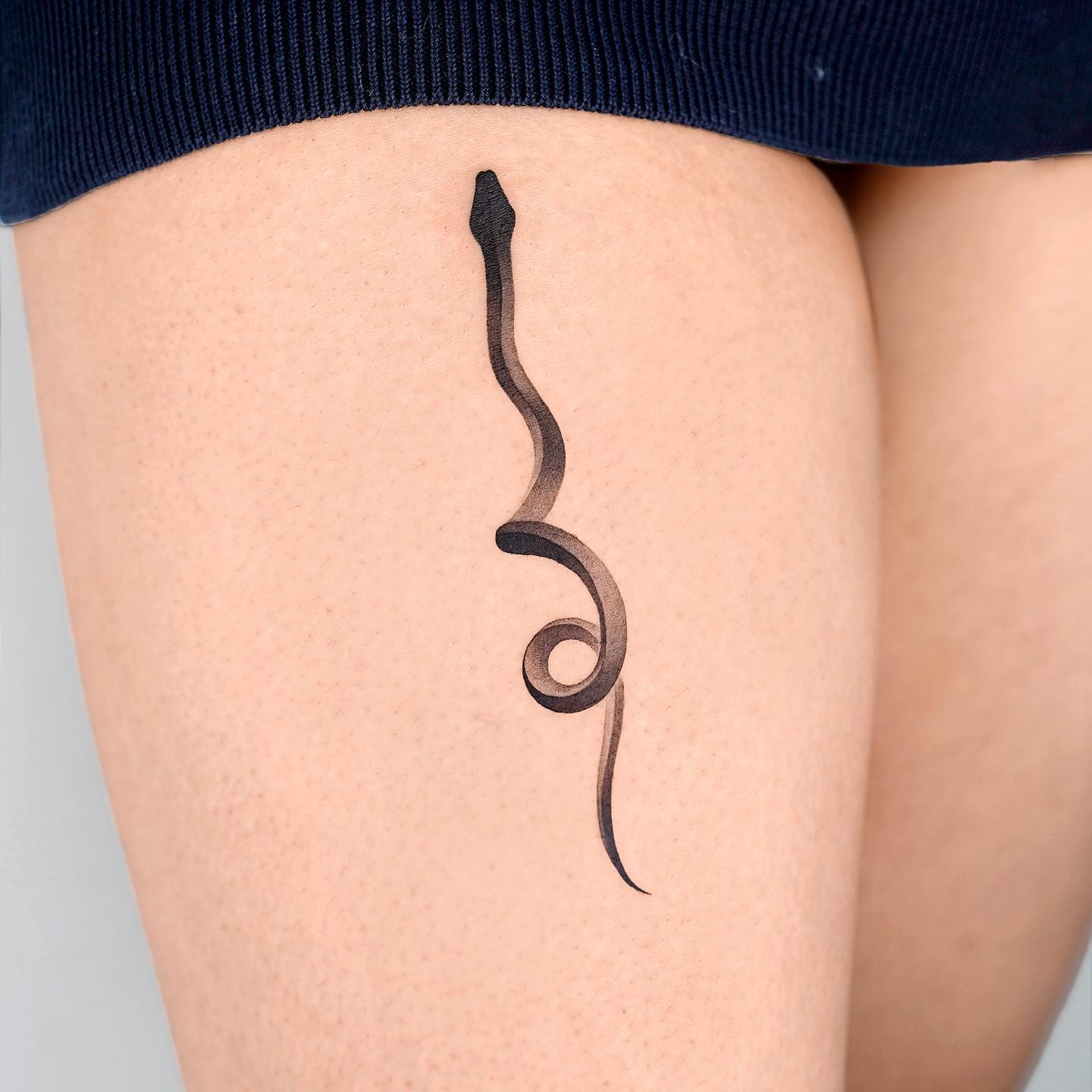 Tell us a little about the studio where you work now.

- There is a big terrace and it is a beautiful four-story building. As it's big, there are a lot of artists that have belongings. We are competing with each other, sharing our worries, and growing hard.

What drives you to create and what keeps you inspired?

- There are so many great tattooists in the world. Whenever I try to be lazy, I try to watch other people's work. It's a stimulus and I think this stimulus quickly leads me to a good idea. 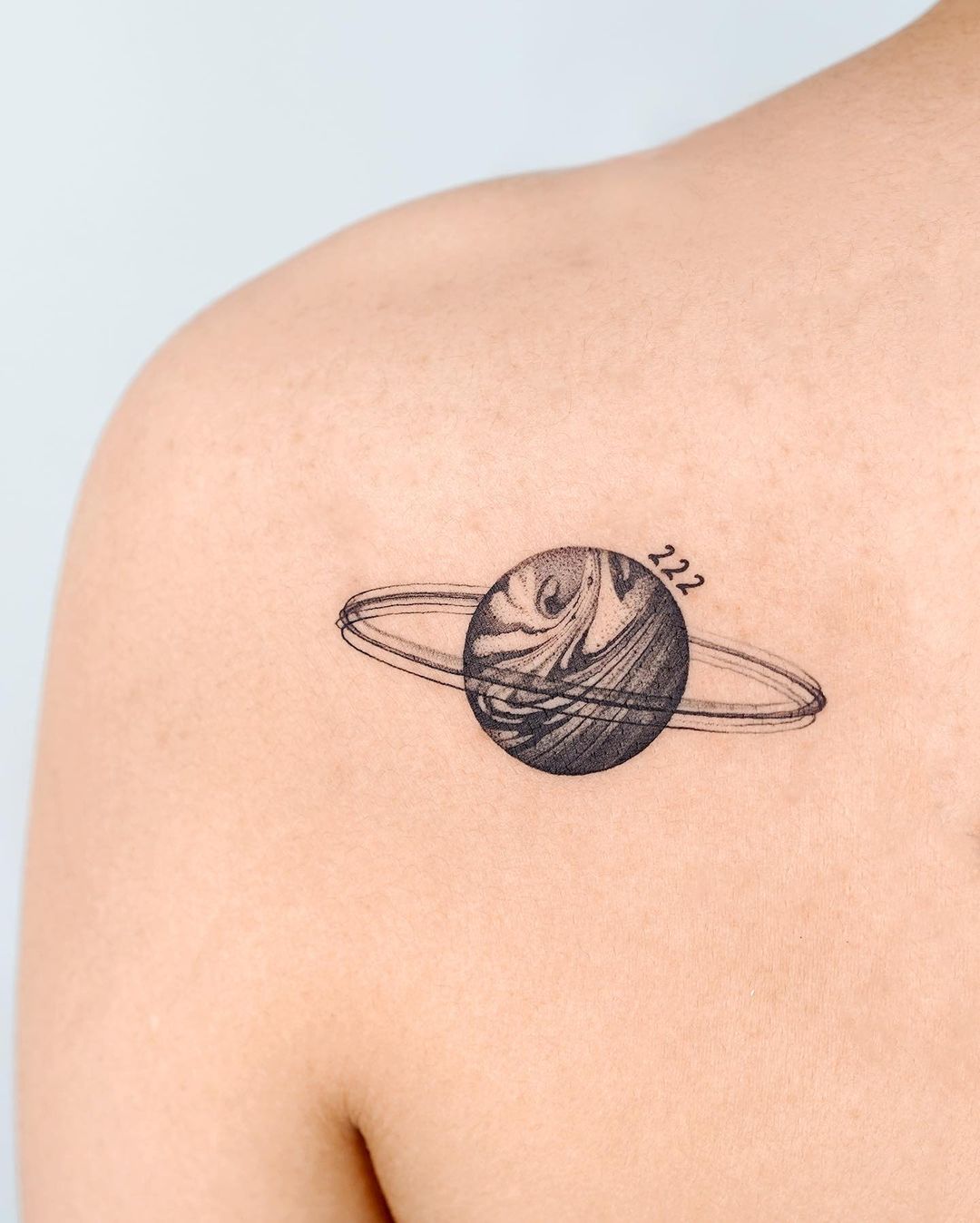 A planet gradation tattoo by @choiyun_tattoo

Do you have any other passions besides tattooing?

- I’m shooting a video diary these days (like a vlog). I don't use it to show anyone. It's just for my record. It's definitely because I'm doing art, but it's much more interesting to see than just writing it down. The editing speed is slow, so I only have one revision per month, but I think it'll be fun to collect them one by one and watch them later.

What is your main goal in your tattoo career?

- I want to go for a long time, if not a big one. The oldest tattooist would be good. 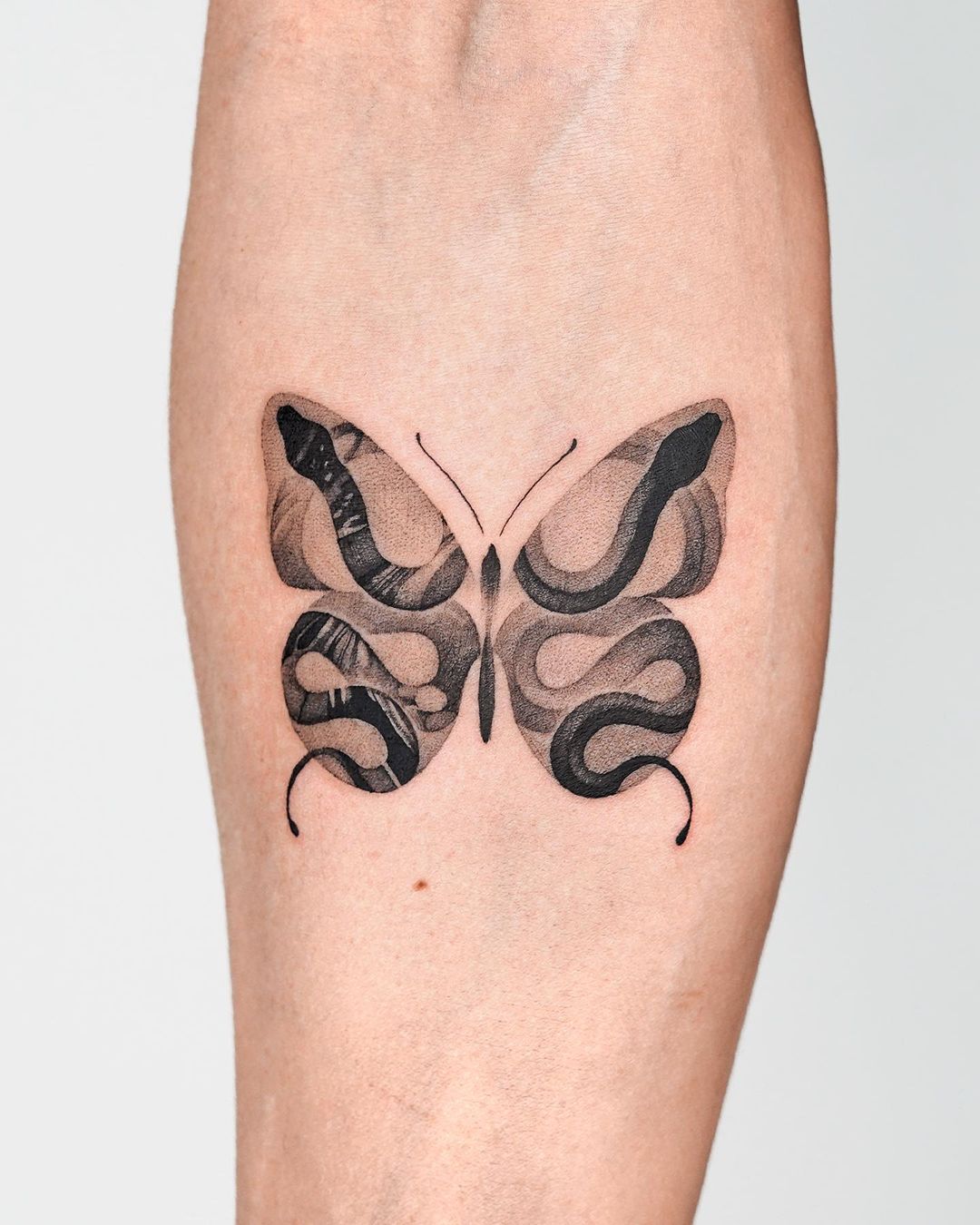 Do you have any creative plans for the near future?

- I want to work in America.
In fact, no one has the opportunity to live and work legally in a foreign country, right?
I am preparing an American visa to have a new experience while doing what I like.