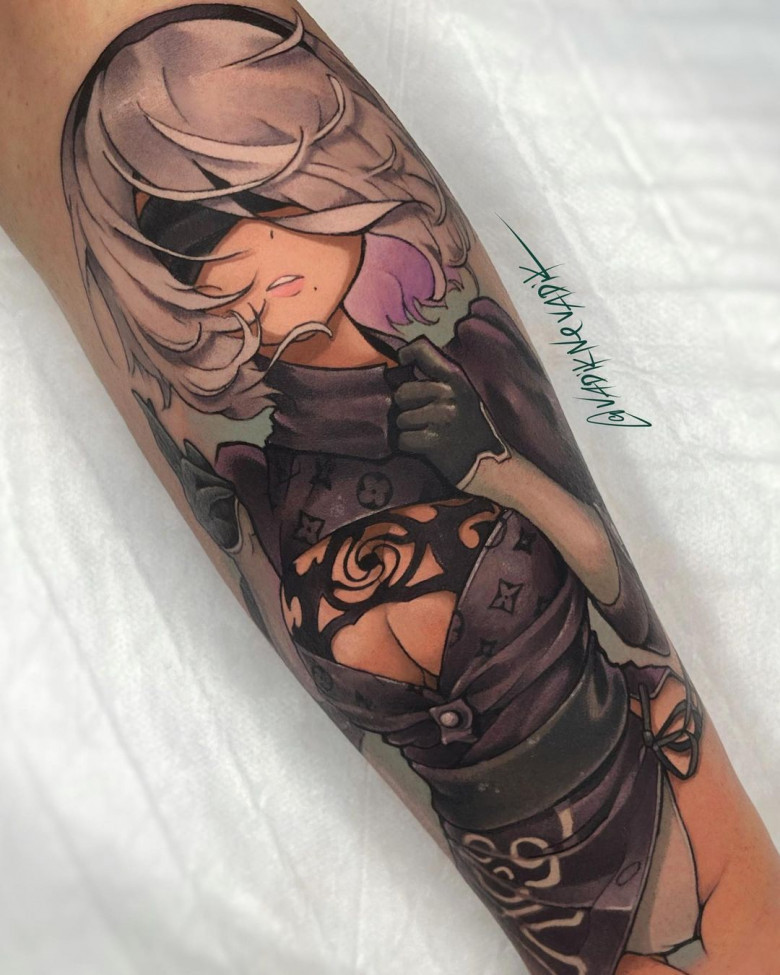 Vadik Nevadik is a new but already established name on the list of top anime tattoo artists. Bright, juicy and detailed tattoos of his authorship are scattered around the internet like hot cakes, causing delight among millions of anime and manga fans. 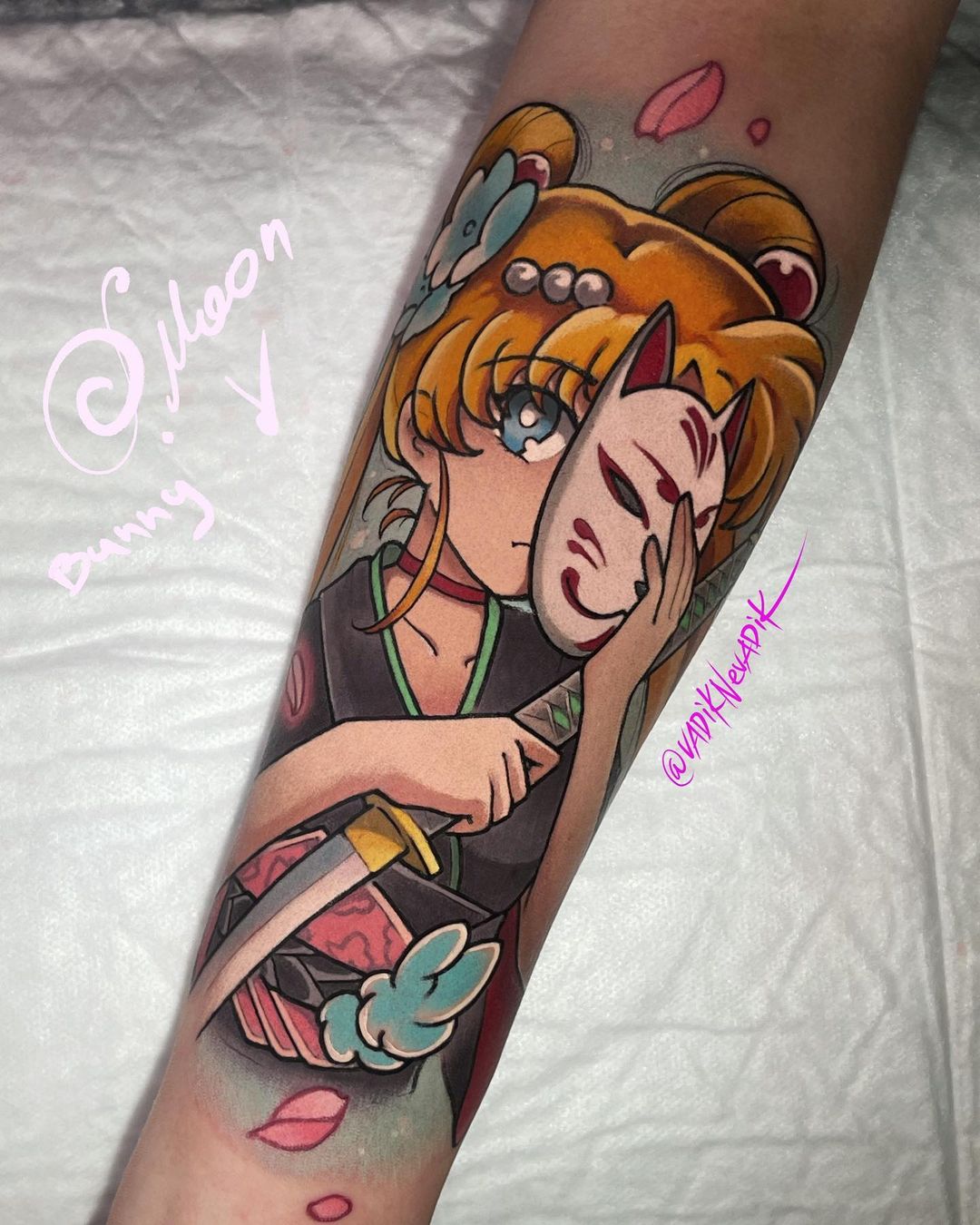 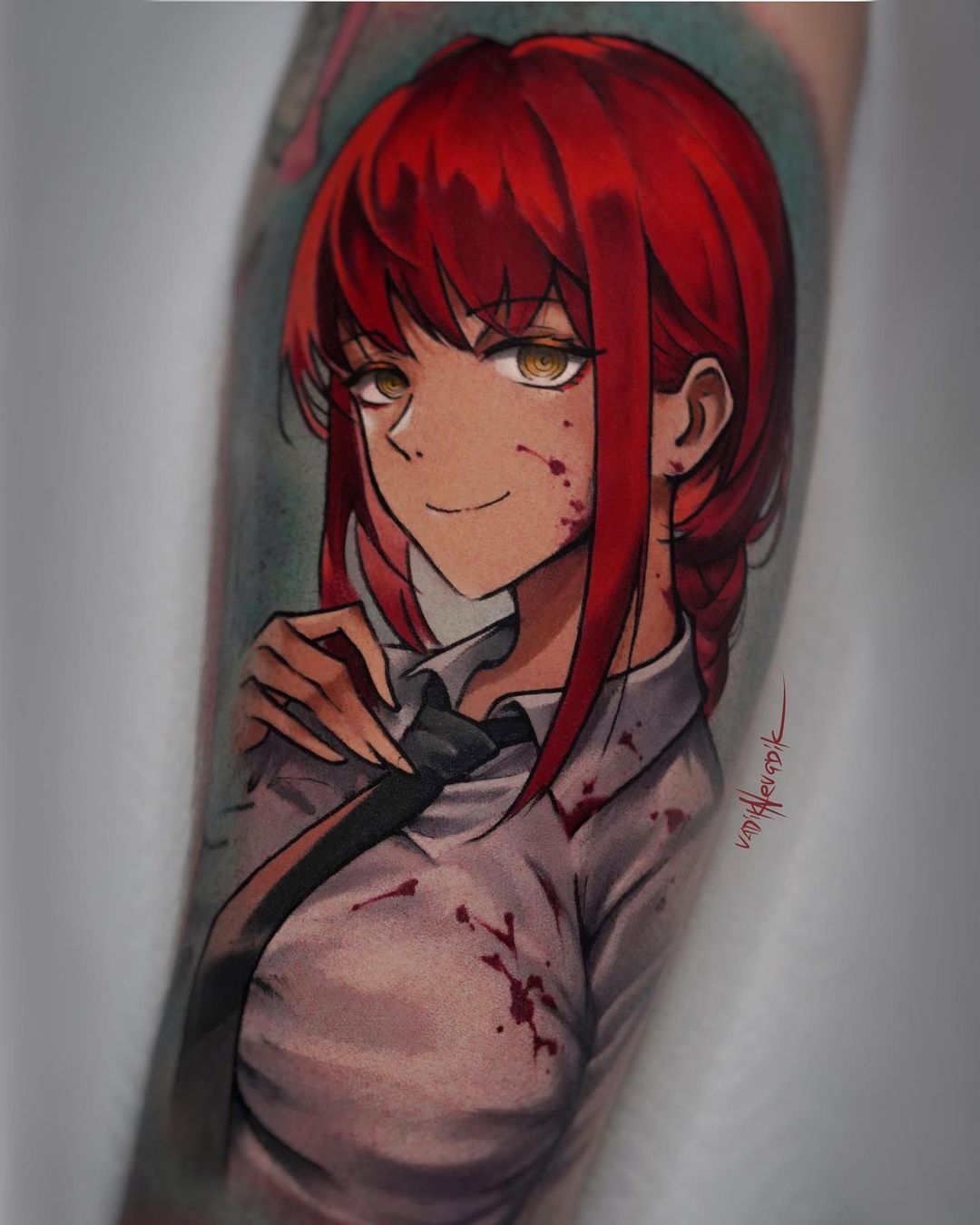 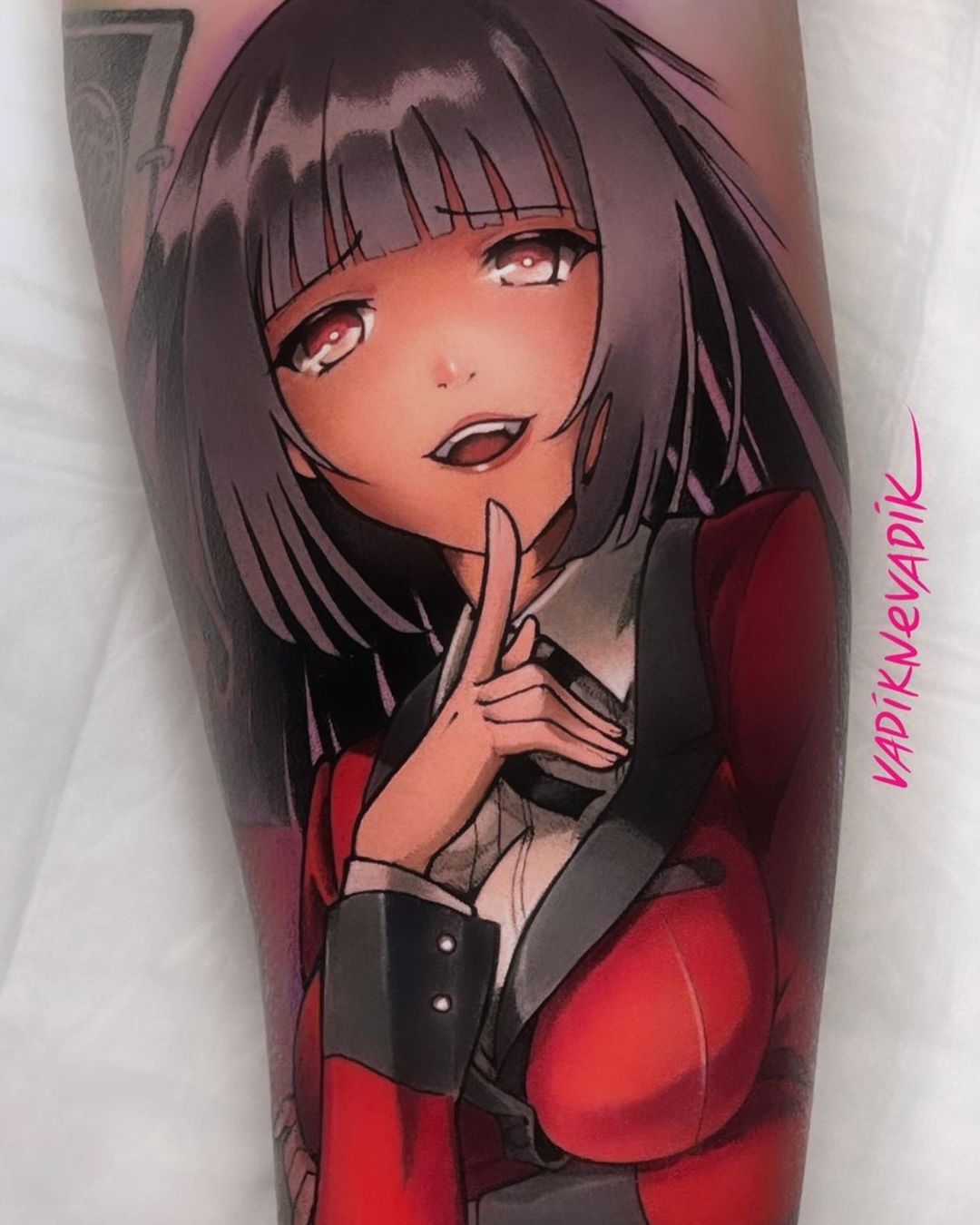 Otaku tattoo artist Vadim was born in the Ural city of Perm, where he began his career as a tattoo artist. But Vadim gained real popularity already in Moscow, where he worked and lived for the past few years.

Now Vadim accepts clients in Istanbul, Turkey, but he plans to travel actively in the near future, so you should follow the tattoo artist's social media to find out then he will be in your city or country. 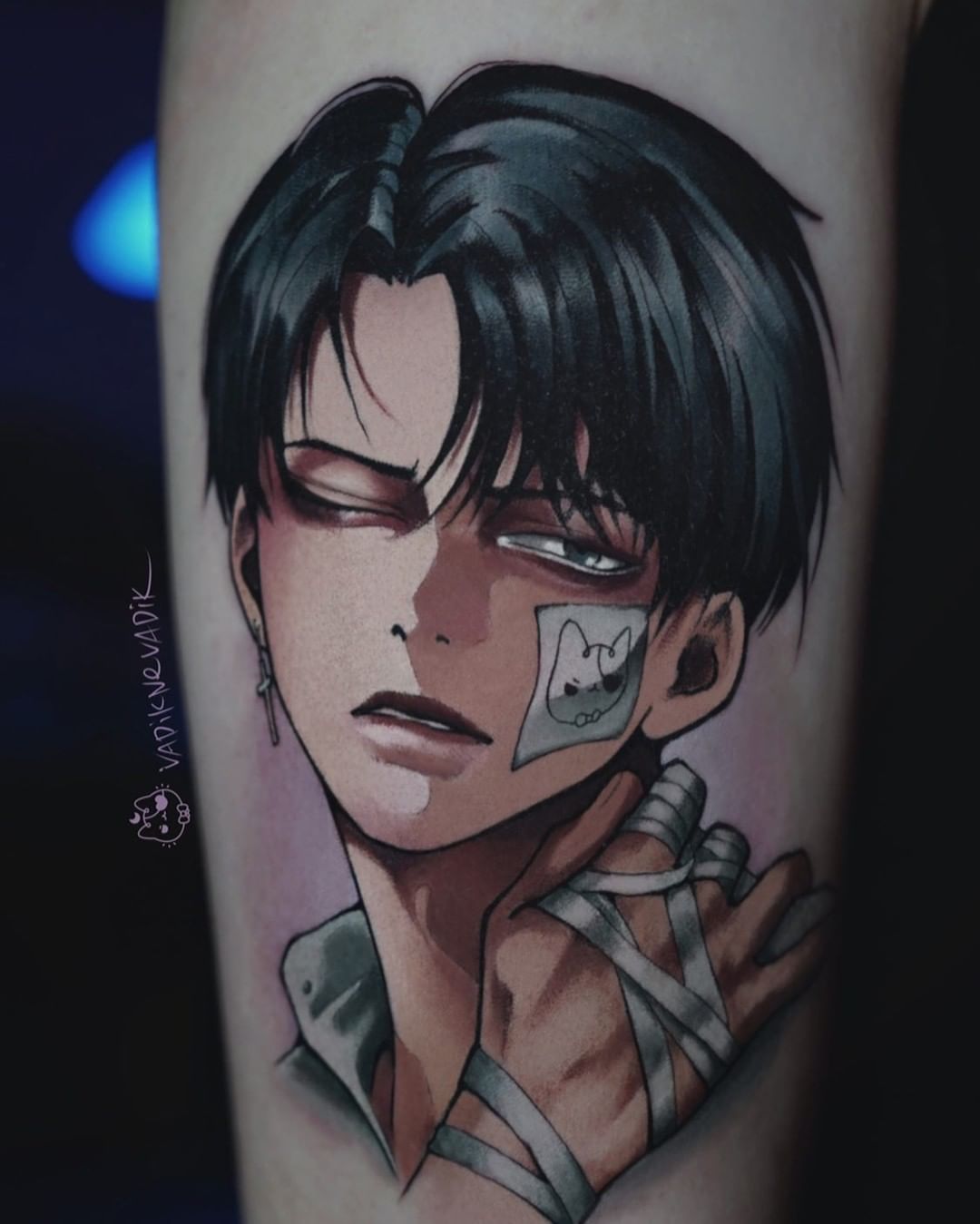 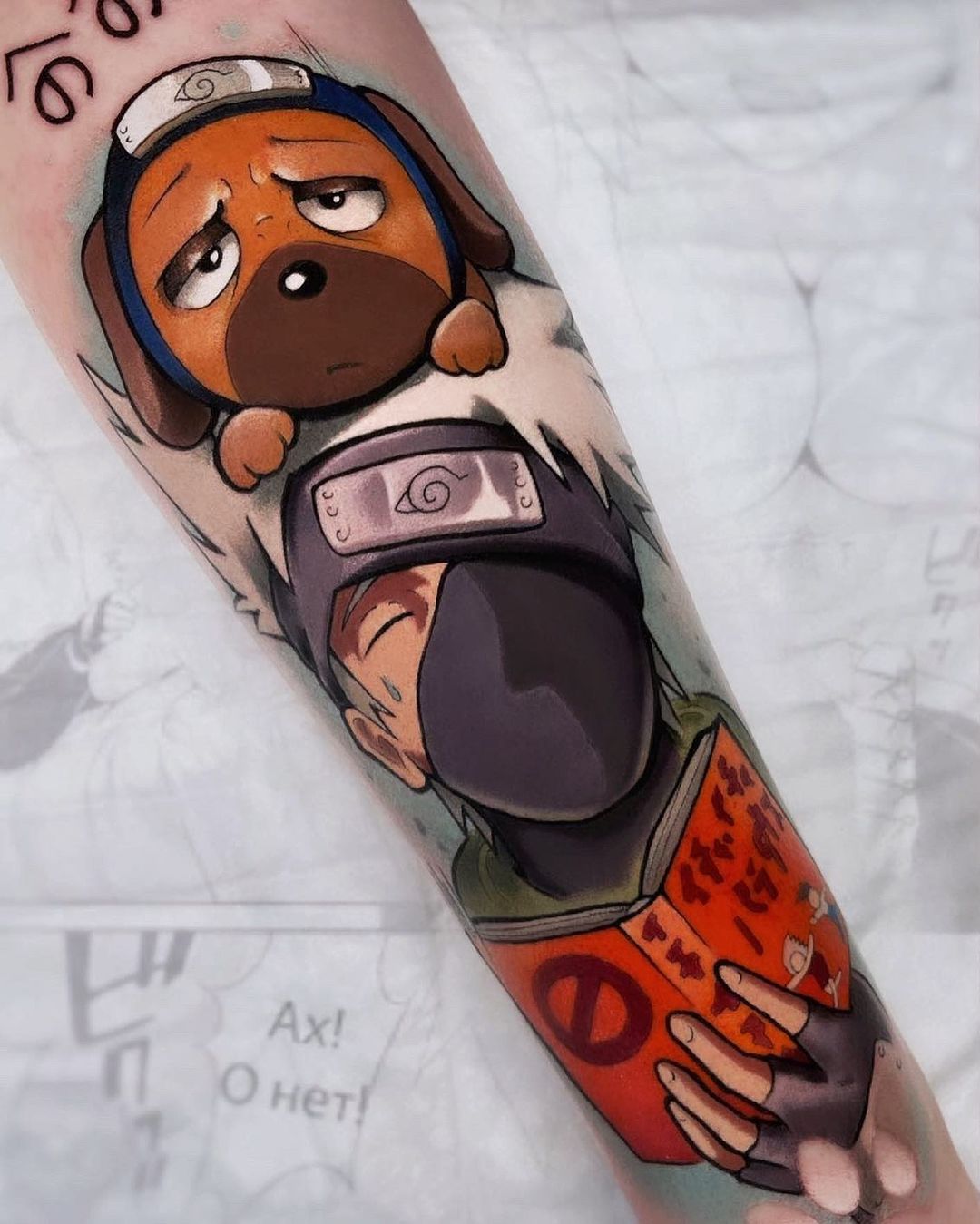 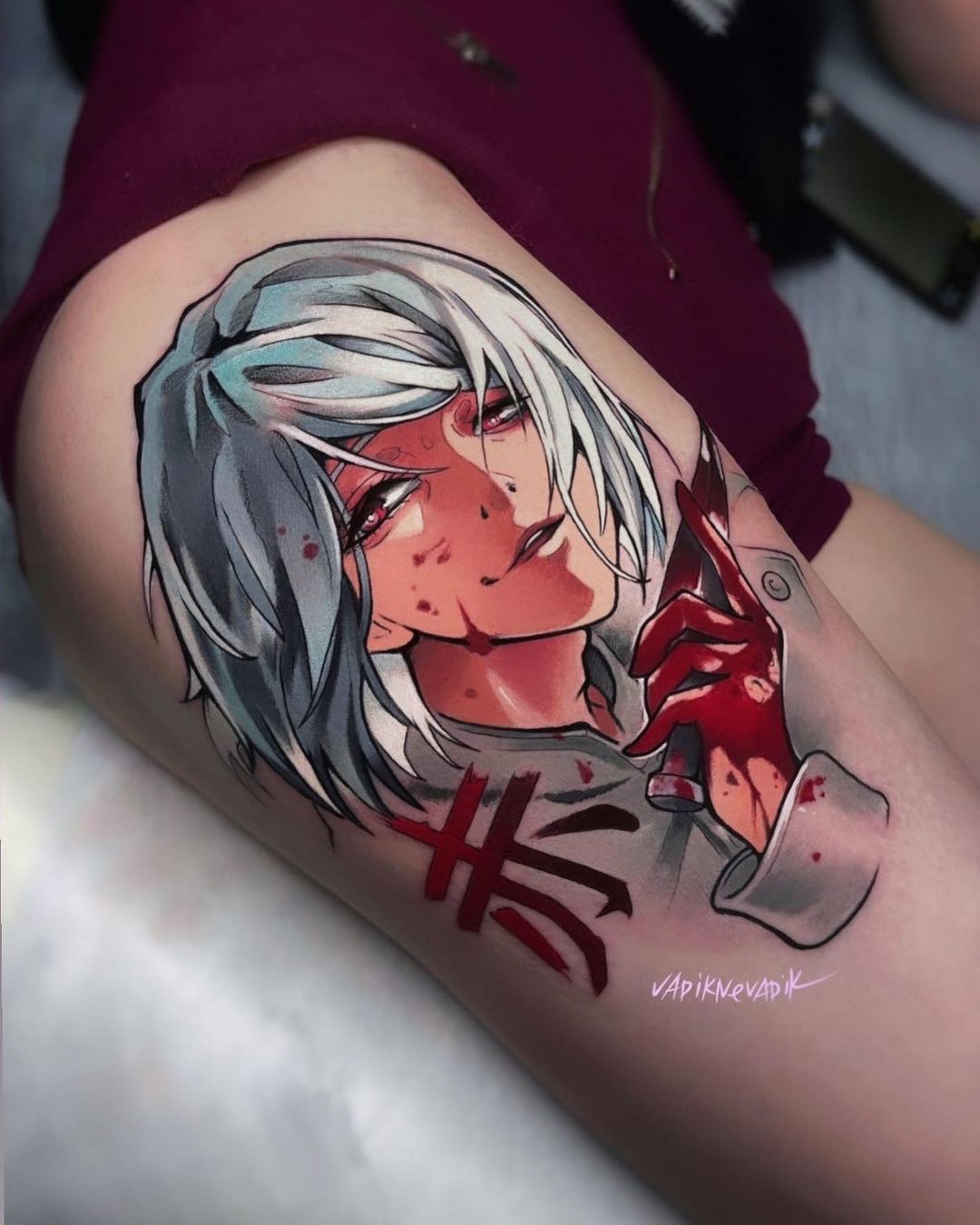 The tattoo artist shared that his passion for anime began at school with Daft Punk videos and the Sailor Moon cartoon, which was shown on TV in his childhood. Additional influence had DC comics with bewitching art, dynamics and anatomy.

«I have a lot of comics, but I never read them, I just looked at the panels. Then there was the Manga - Onepunchman (again, the art is just one of the best), Death Note, Kill La kill (and all the works of Triger studio) - this is an incredible style. And of course Berserk,» said Vadim. 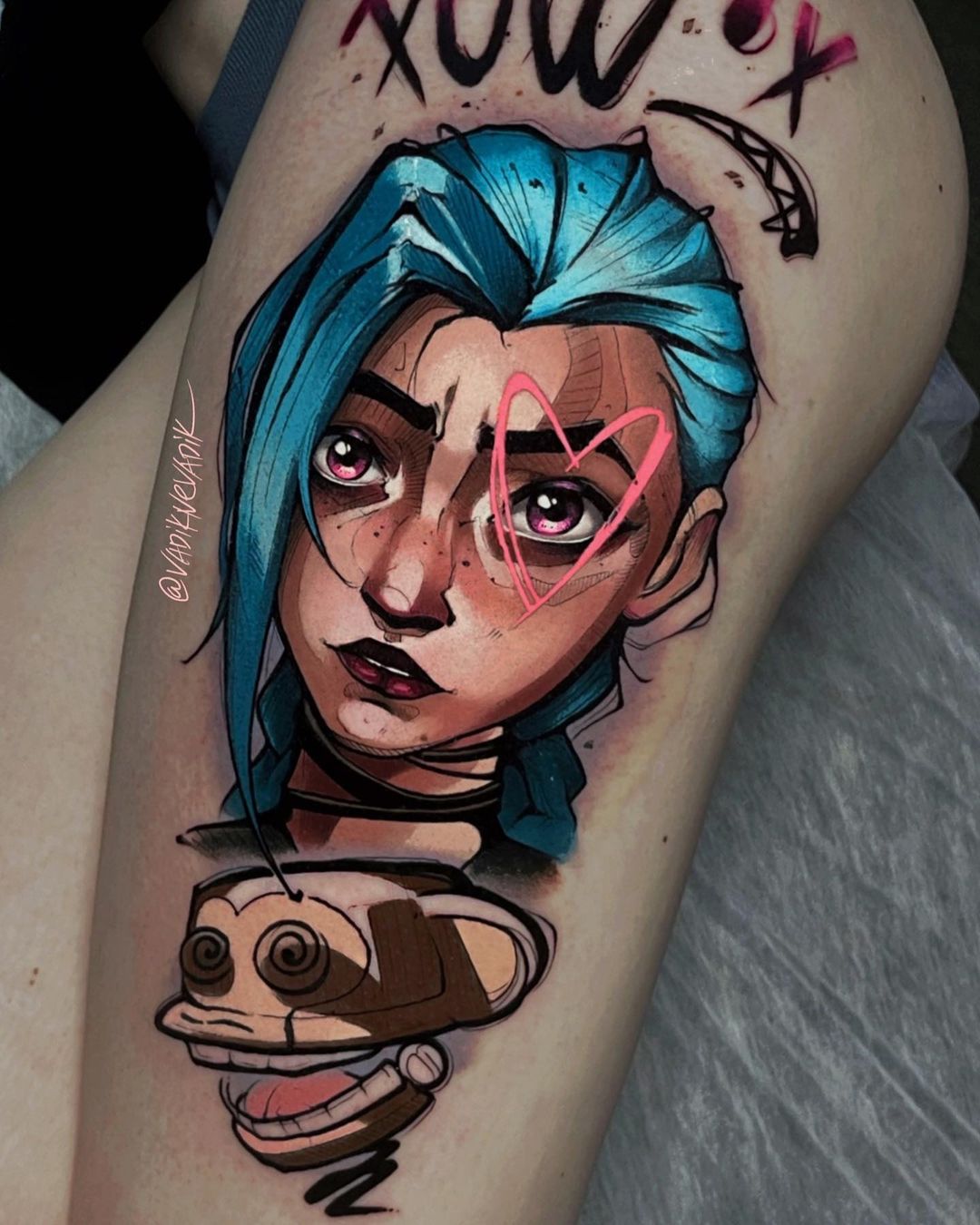 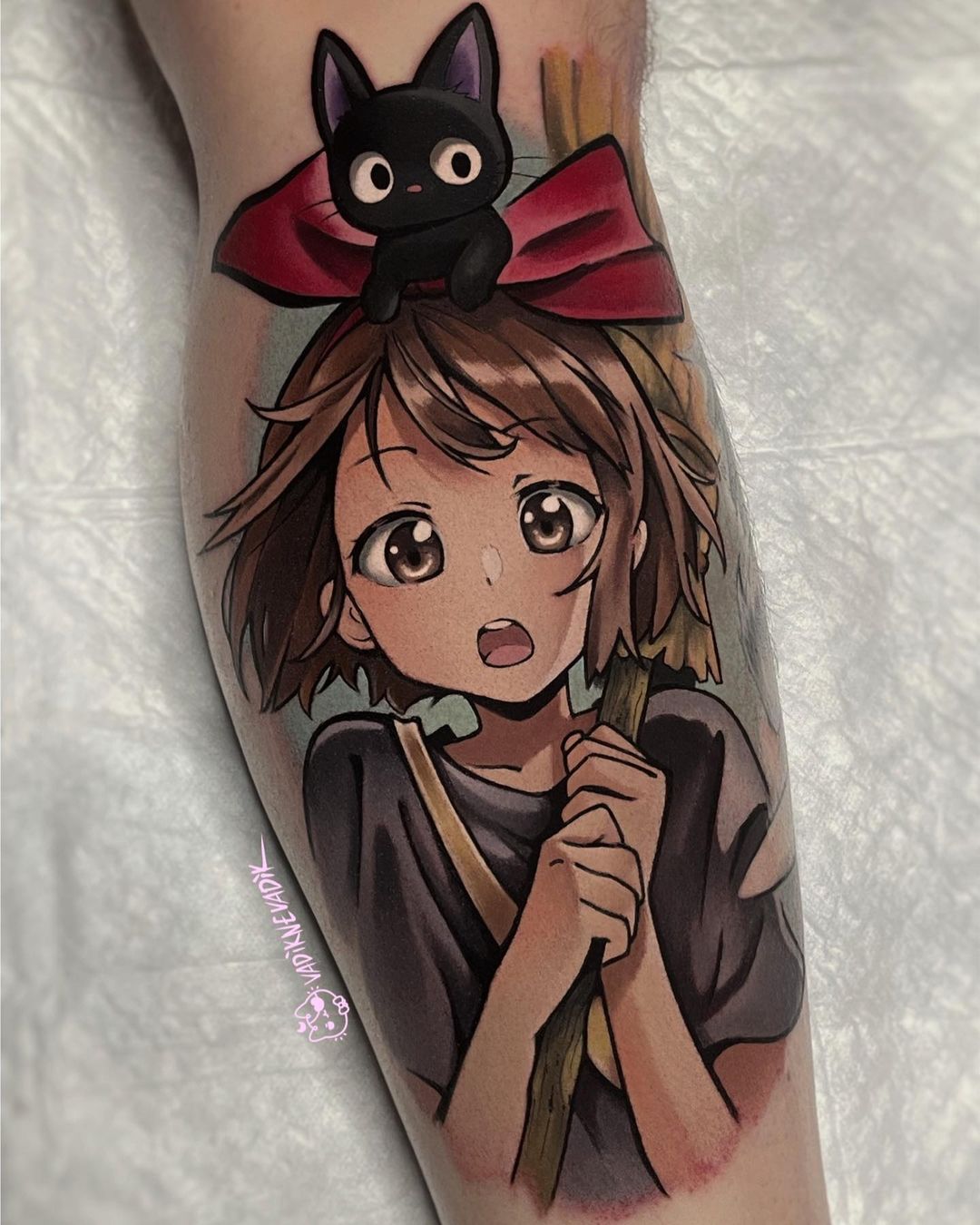 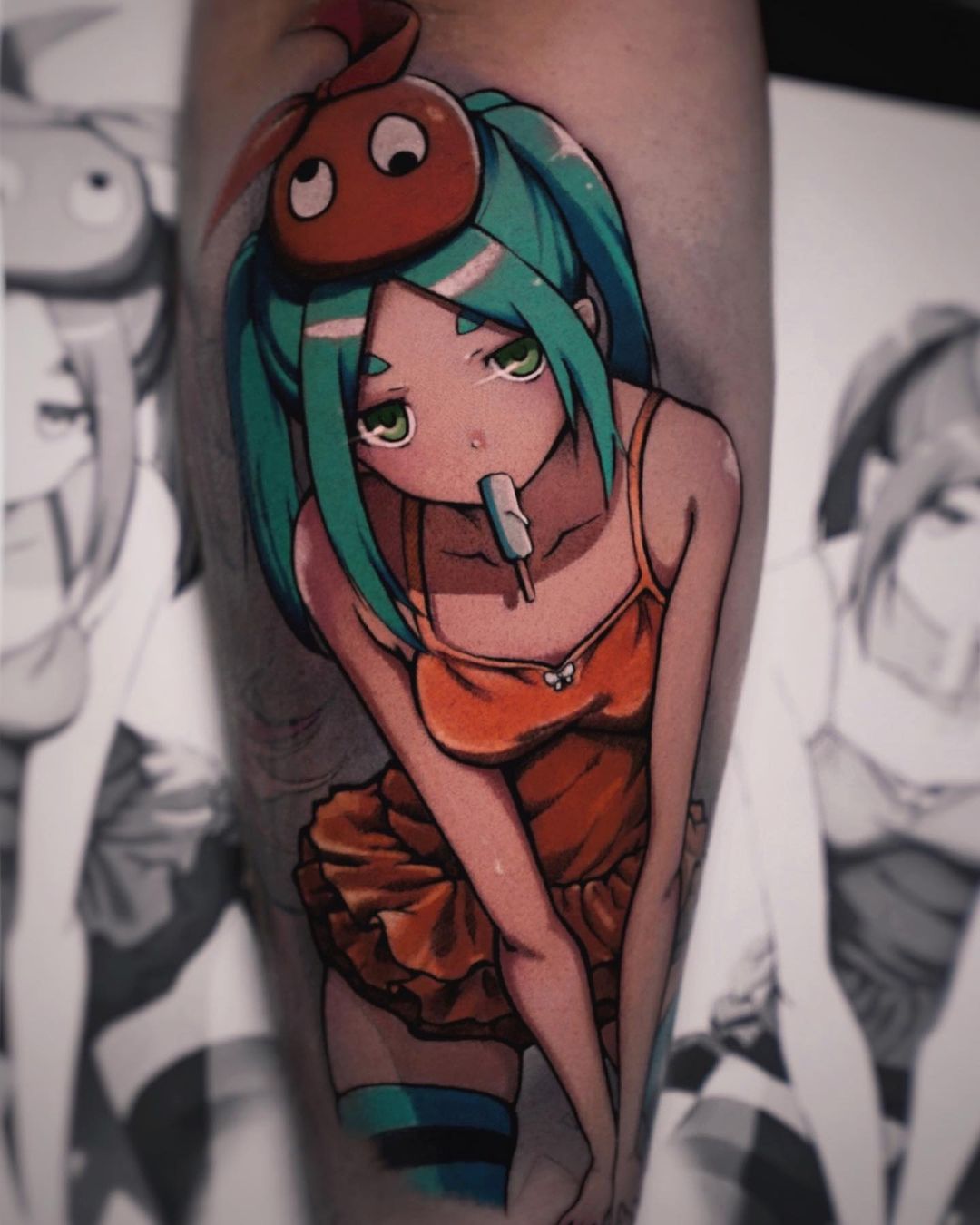 Vadim shared that he is still in search of his style, although for those who like to look at the details, it is rather a mixture of techniques used in neo-traditional tattoos (clear lines, dense and bright colors) and realism techniques (transmission of light and shade, textures and volume). But we agree with Vadim, and do not put any labels on the already independent and vibrant portfolio of this talented tattoo artist. 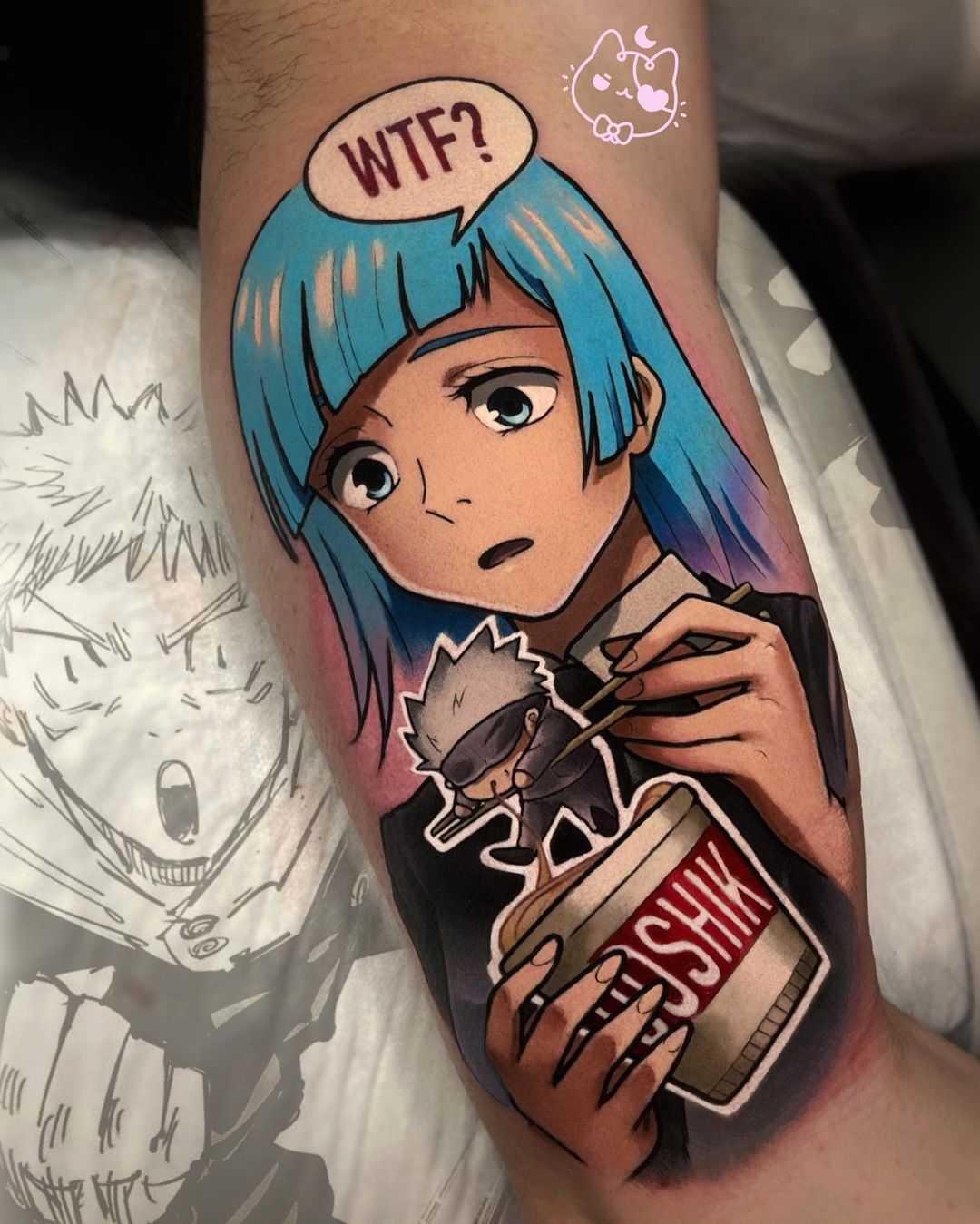 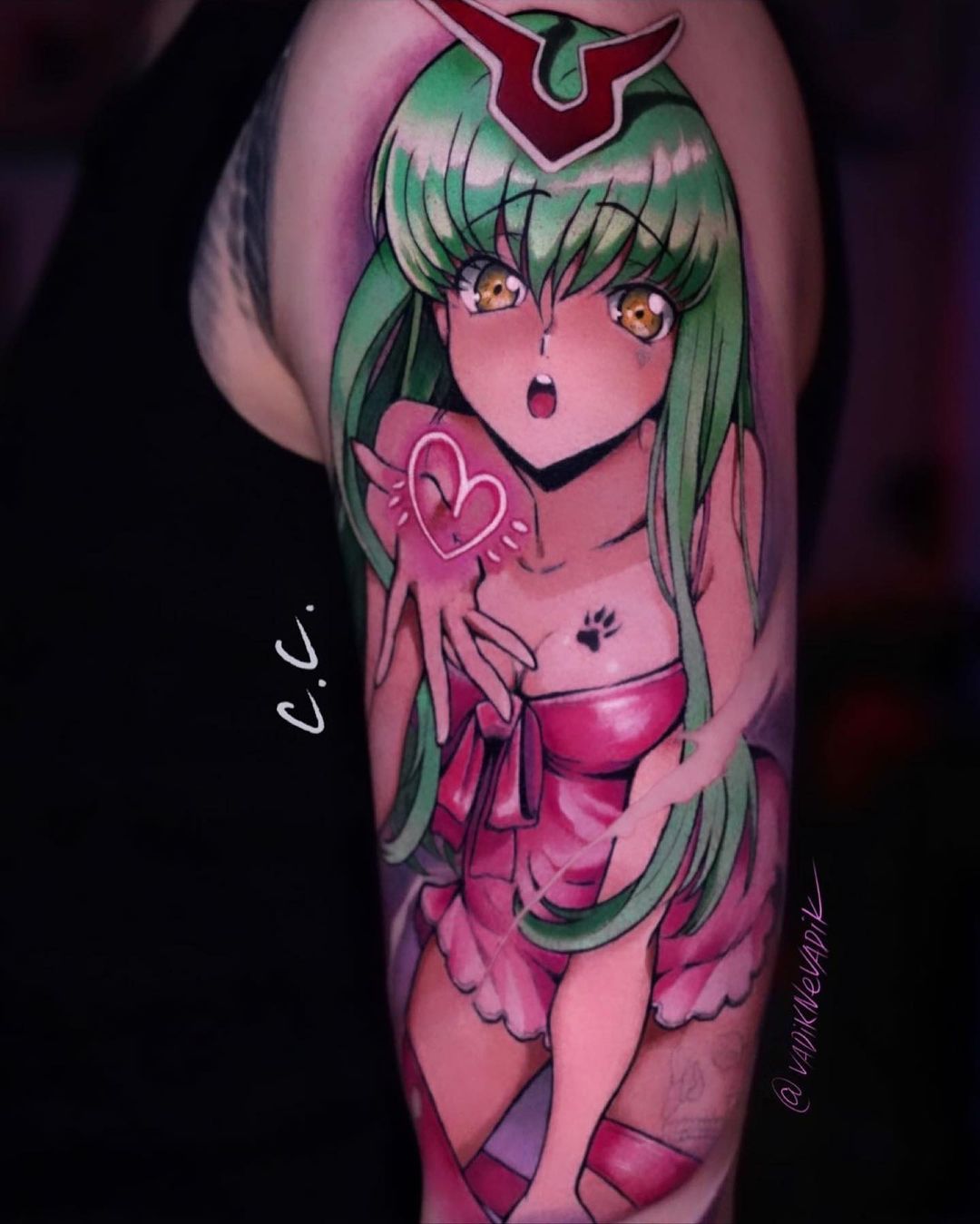 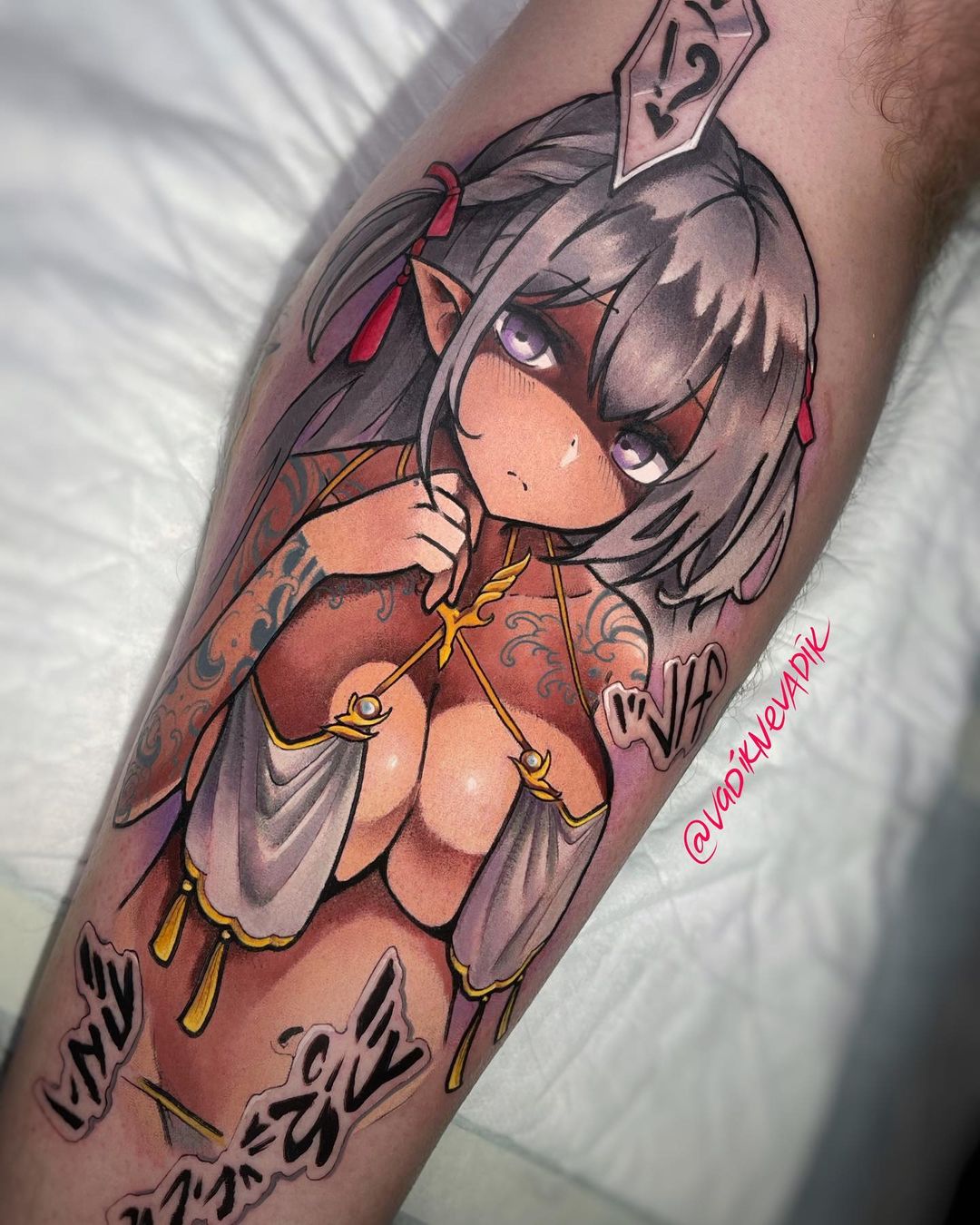 In addition to the tattoo, Vadim's drawings have found life in another project that is popular with anime fans. Together with like-minded people, the tattoo artist released a line of merch with his prints, which gradually grew into a personal cozy clothing brand that produces T-shirts, sweatshirts and accessories - Baka.Moscow. 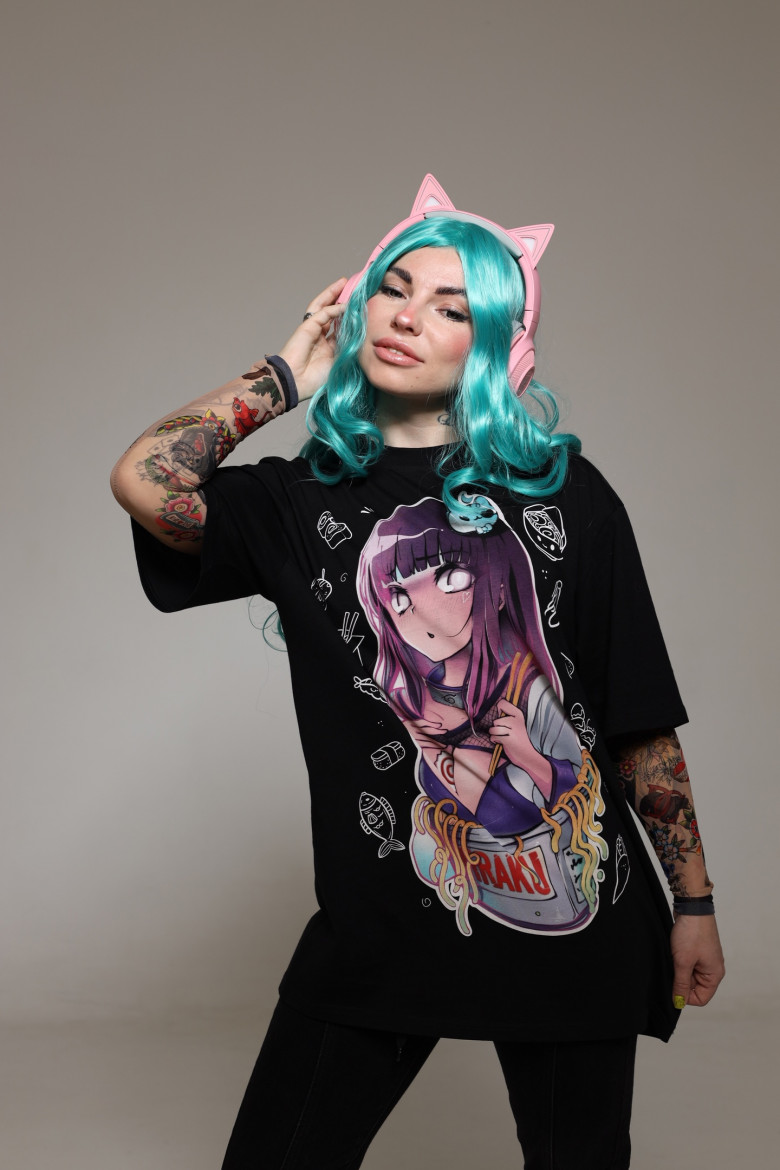 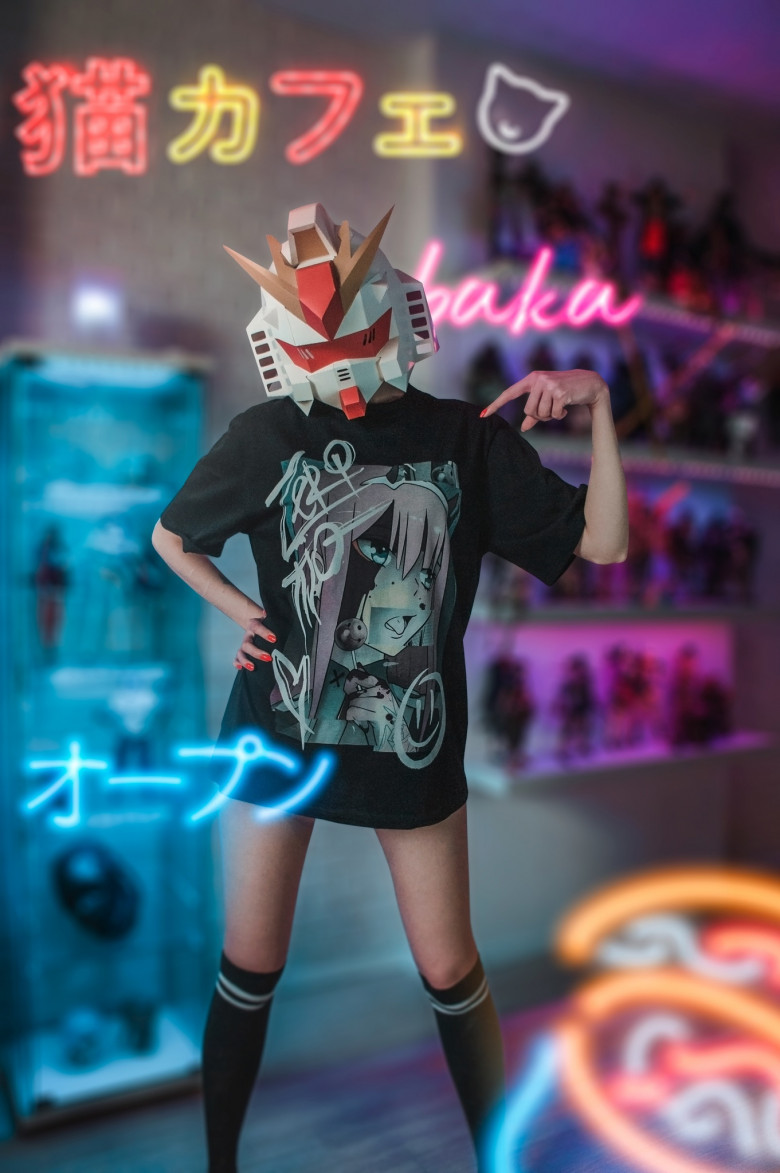 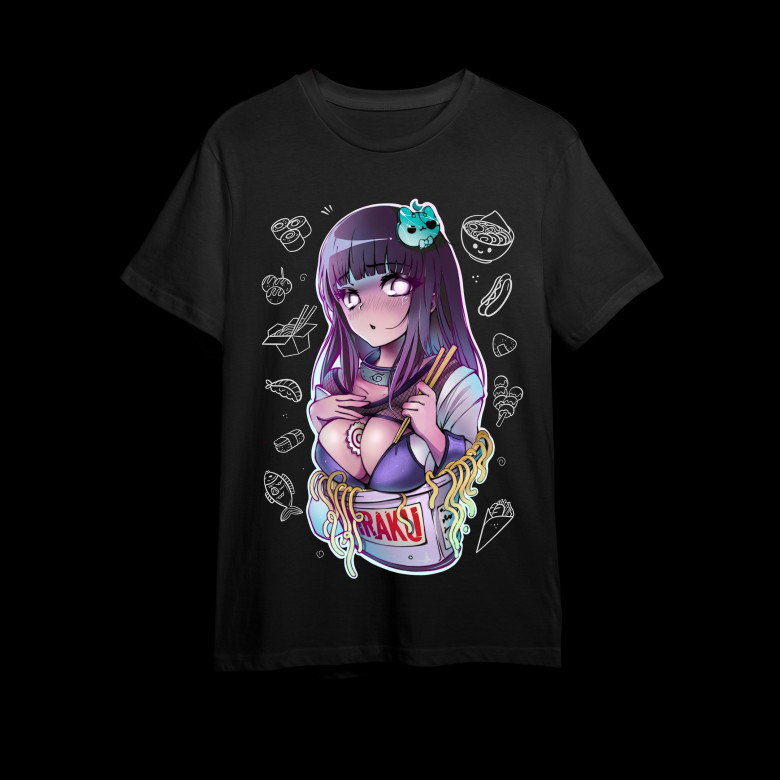 Now more than 130 thousand anime tattoo fans from the USA, Brazil, Europe and other countries follow Vadim's Instagram account. And his highly successful TikTok channel is viewed by more than 600,000 people from all over the world.