Realism is one of the most complex, expensive and popular styles in modern tattooing. Hundreds of thousands of tattooists around the world are trying to hone their technical and artistic skills to transfer the most realistic images to the skin.

However, where there is a pursuit of perfection, there is also a search for a unique technique and recognizable style that allows you to stand out from other tattooists.

This is especially noticeable in portrait realism, where for real fame it is not enough just to clearly convey the original image - you need to make it so that the viewer can always recognize the creator among thousands of other works. 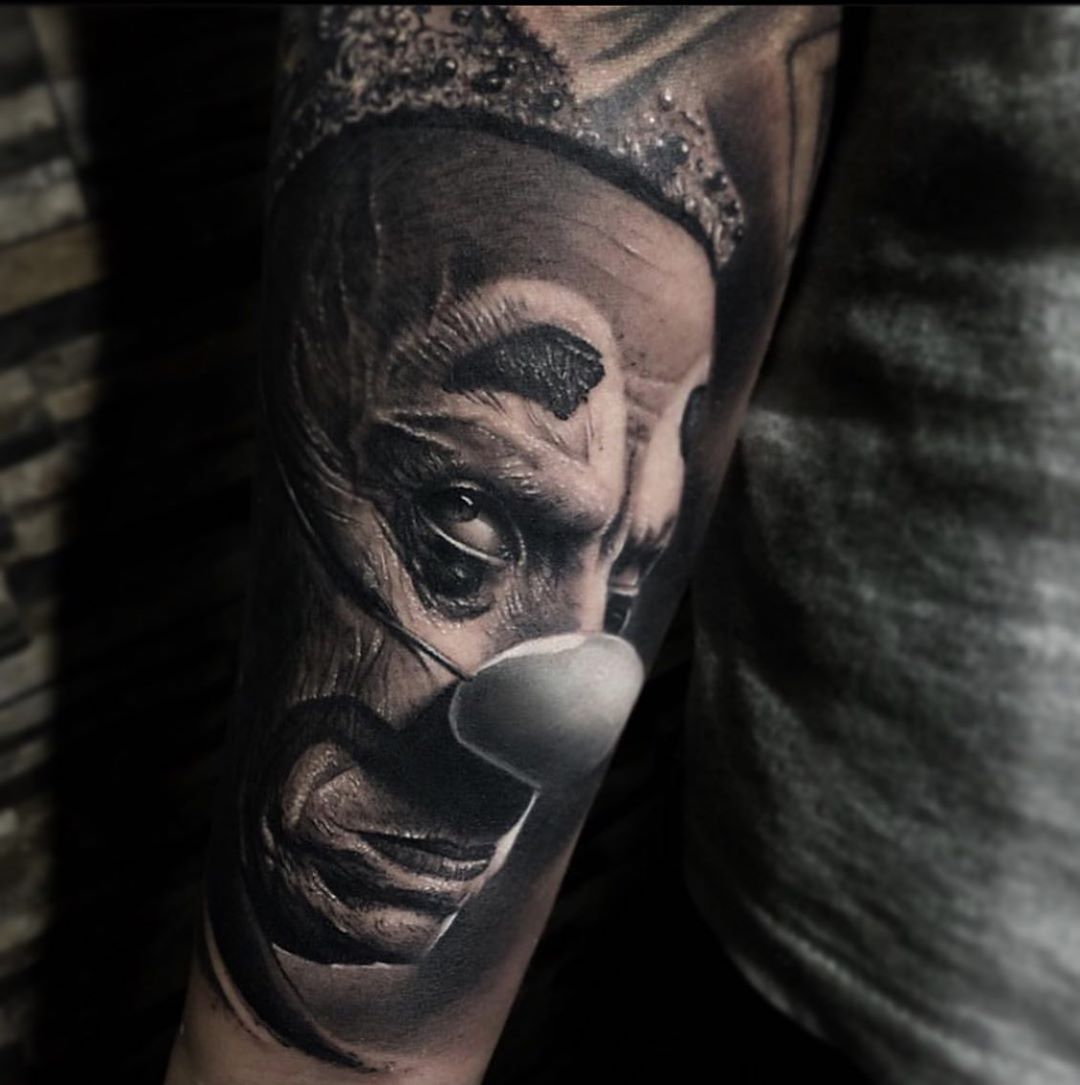 To do this, a variety of techniques are used: adding certain distinctive elements to each work, using blotches of a certain color in black and gray works, or mixing realism with illustrative tattoo styles.

For example, the Spanish tattoo artist Alberto Escobar has achieved excellent skills in creating realistic black and gray tattoos, with particular emphasis on high detail images, however, something else caught our attention. 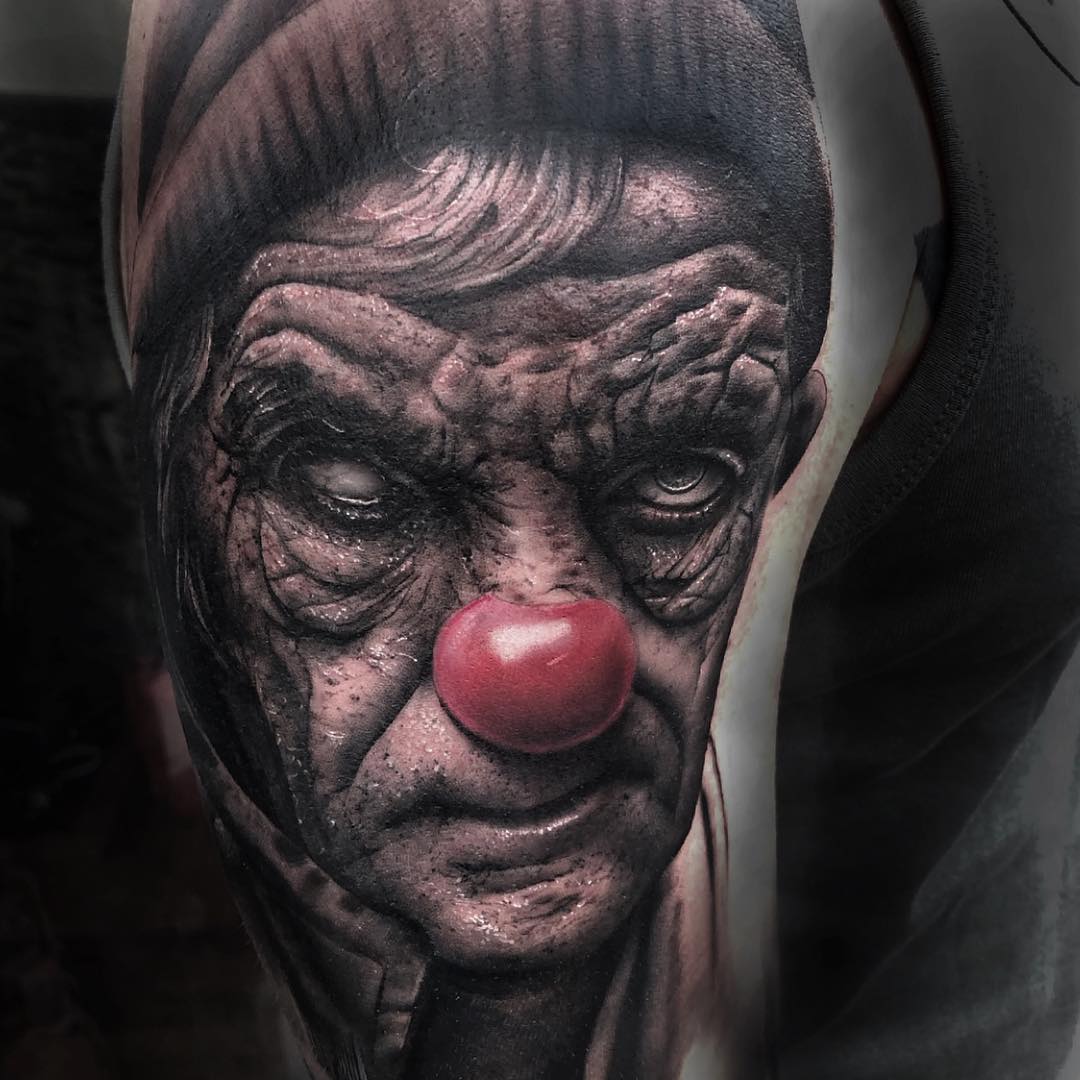 In his portfolio, we found a series of works in which familiar images of heroes of cinema, pop and art become real clowns with big red round noses!

This seemingly simple technique radically changes the original portrait and for a long time remains in the memory of the viewer. This stylization already has tens of thousands of fans who want to put on their bodies the image of funny or sad clowns from the heroes of their lives.

Take a close look at the work of Alberto Escobar.

Can you recognize everyone who is hiding under the make-up? 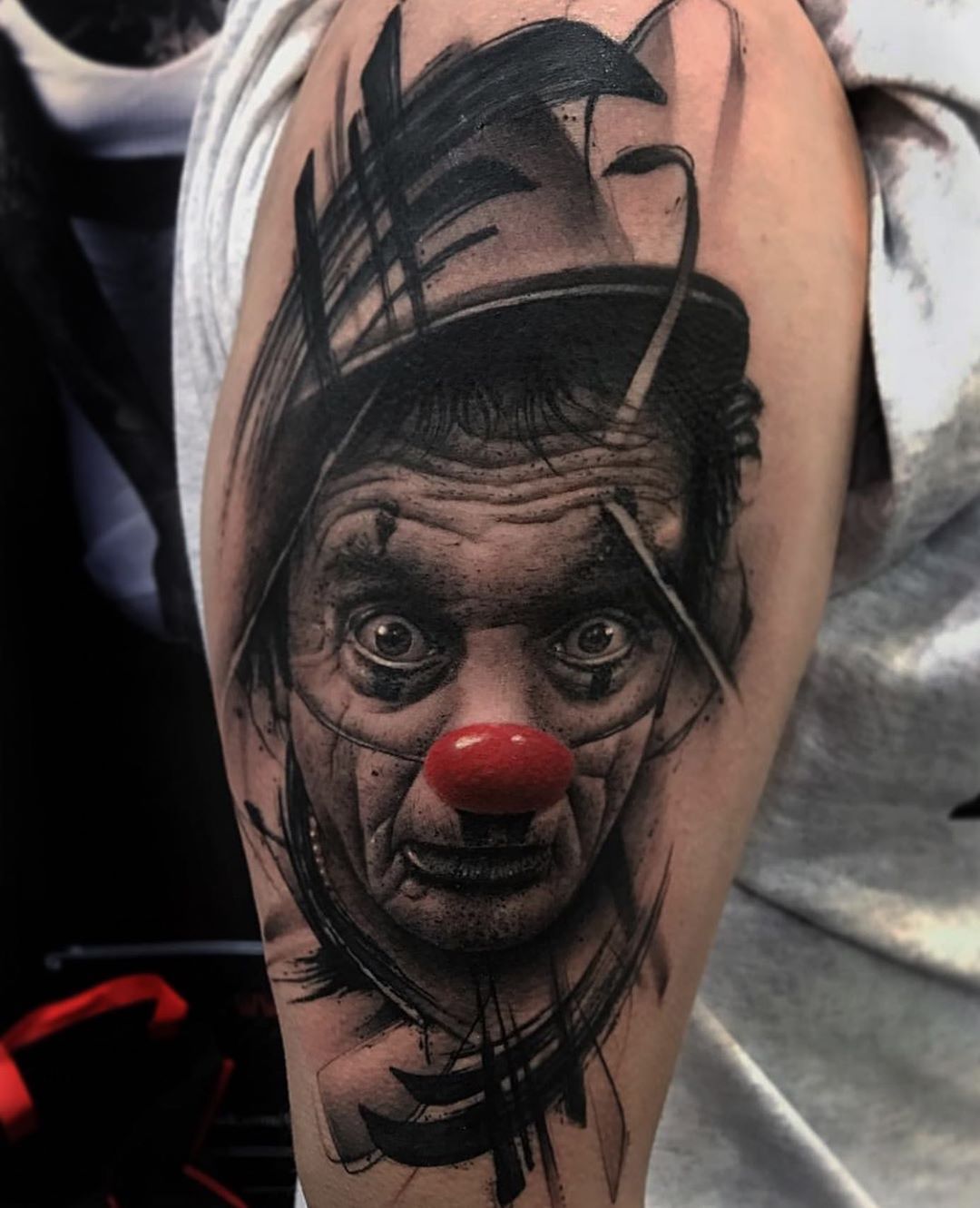 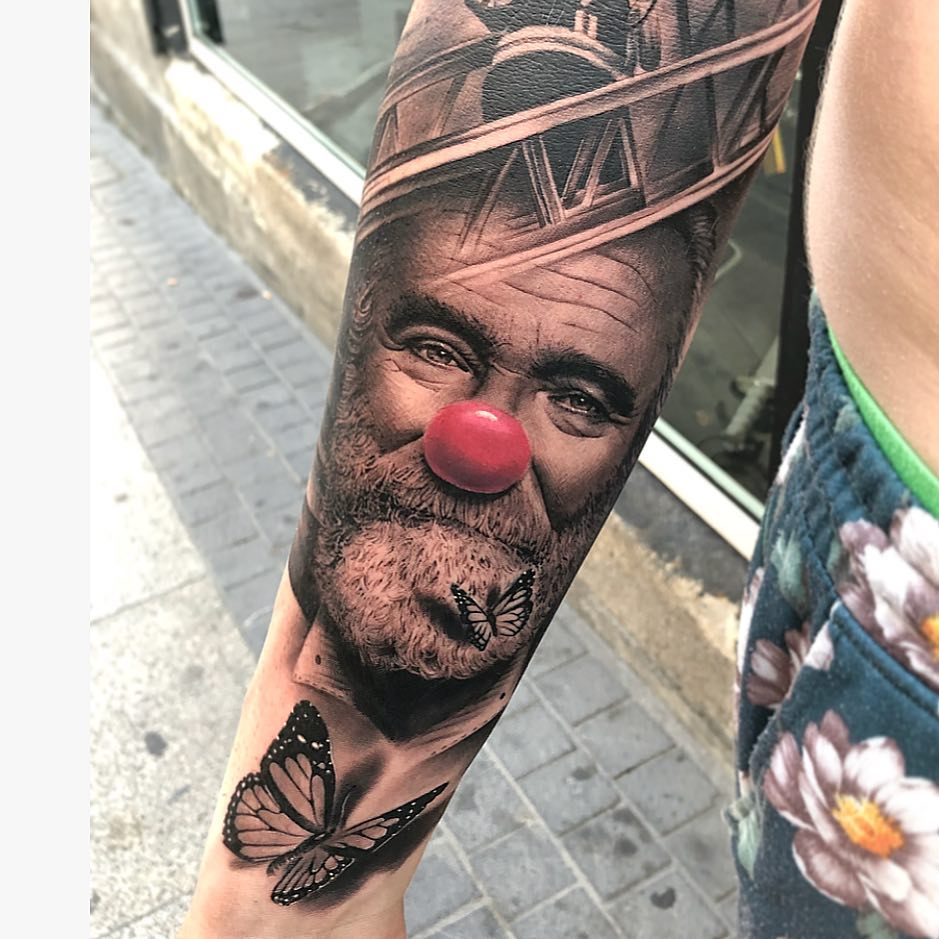 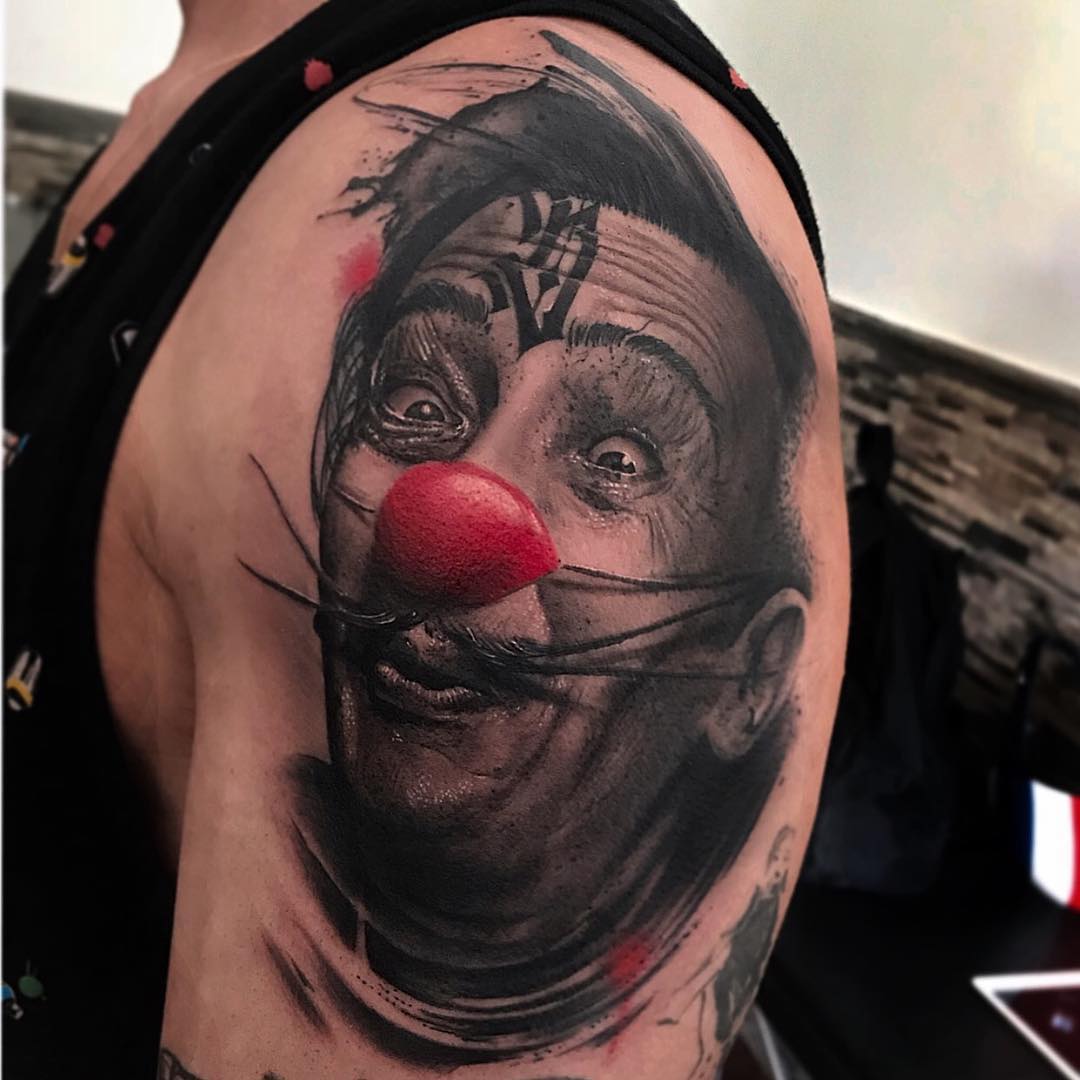 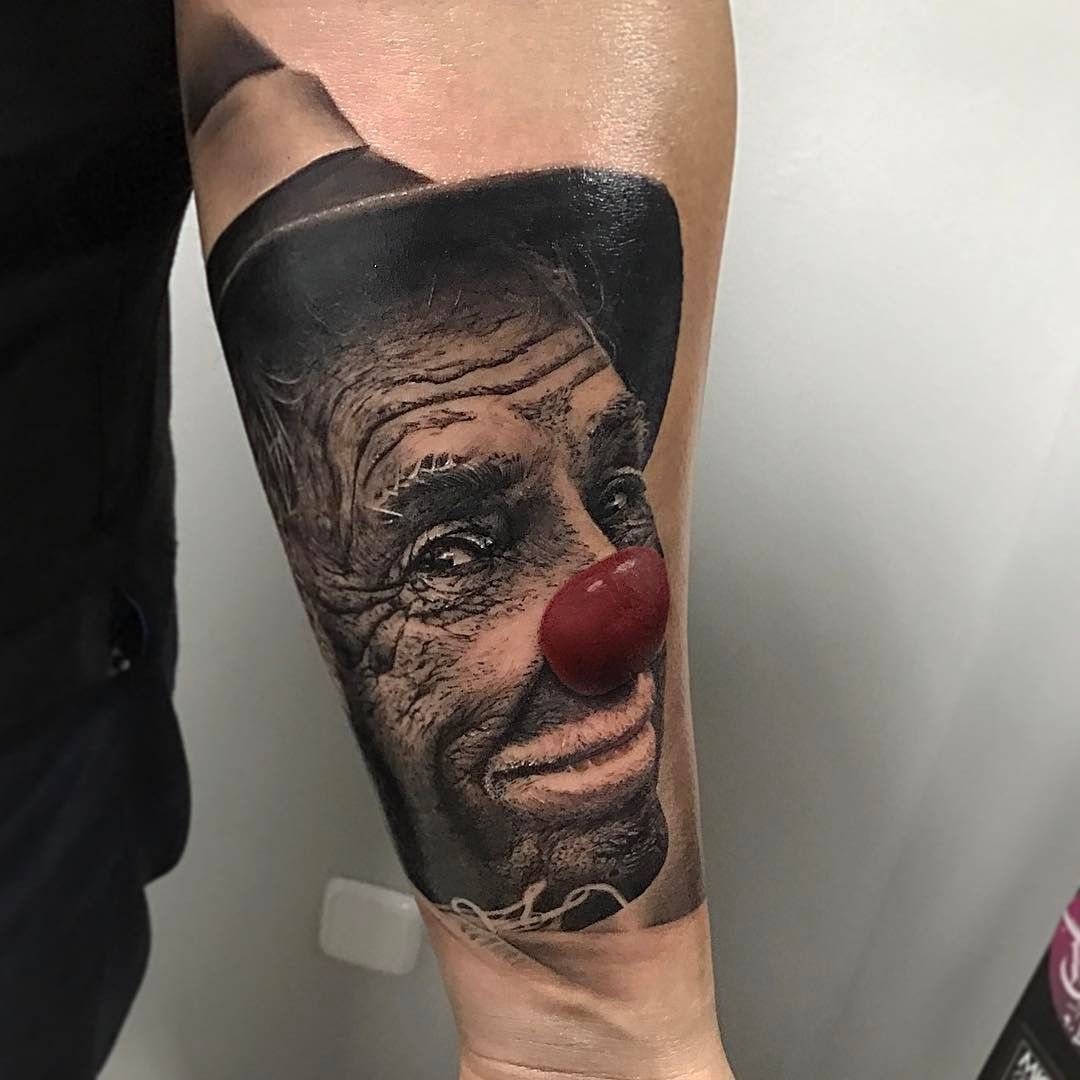 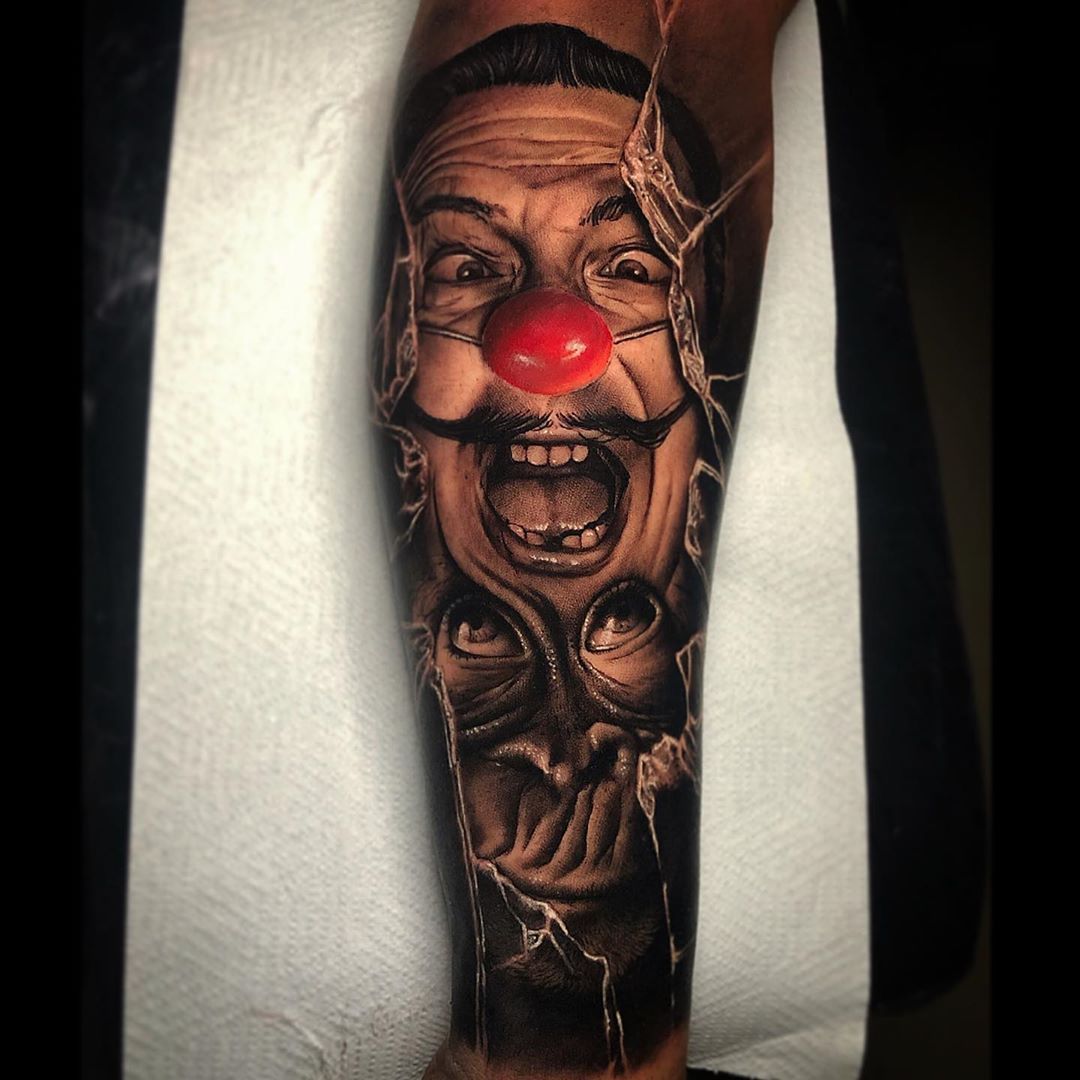 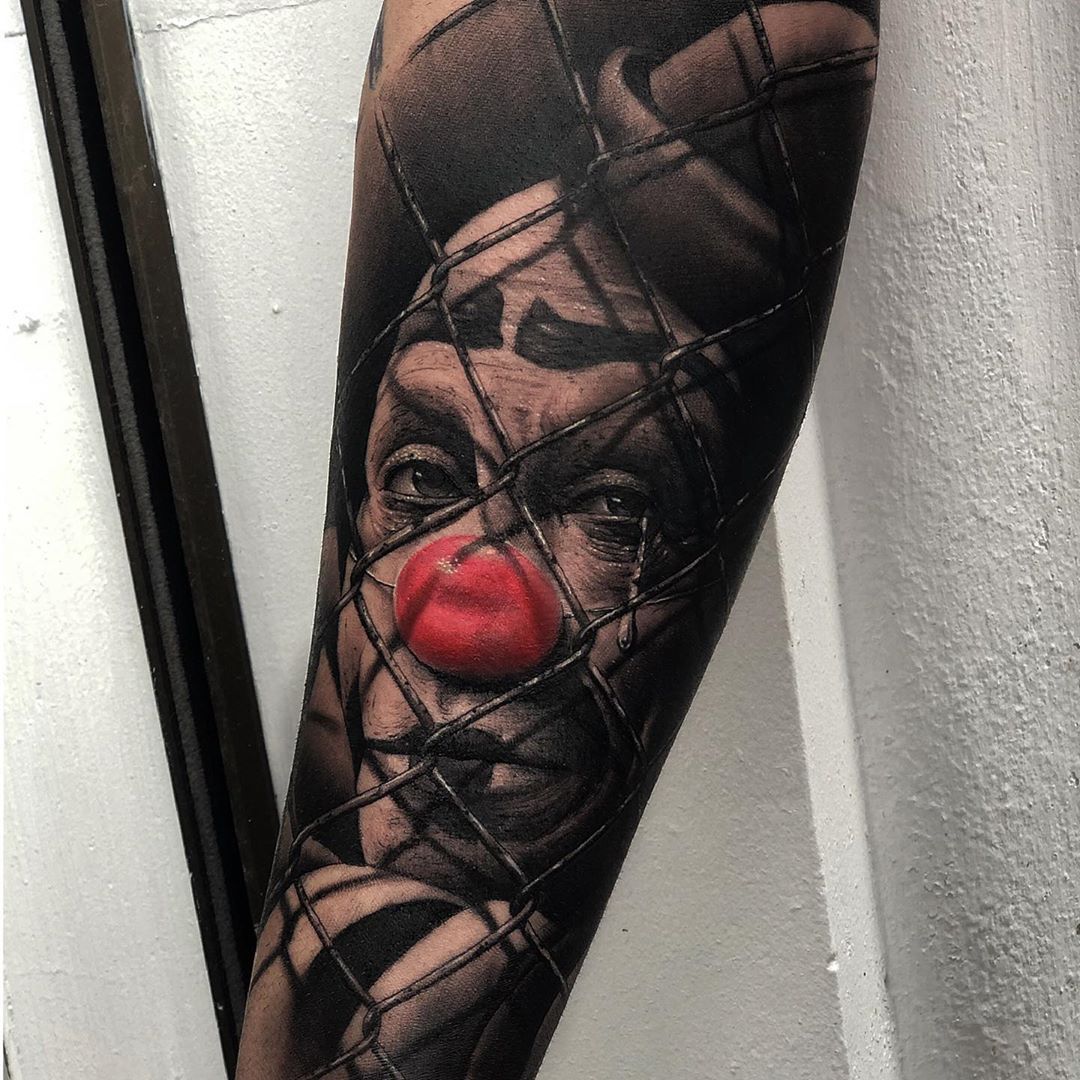 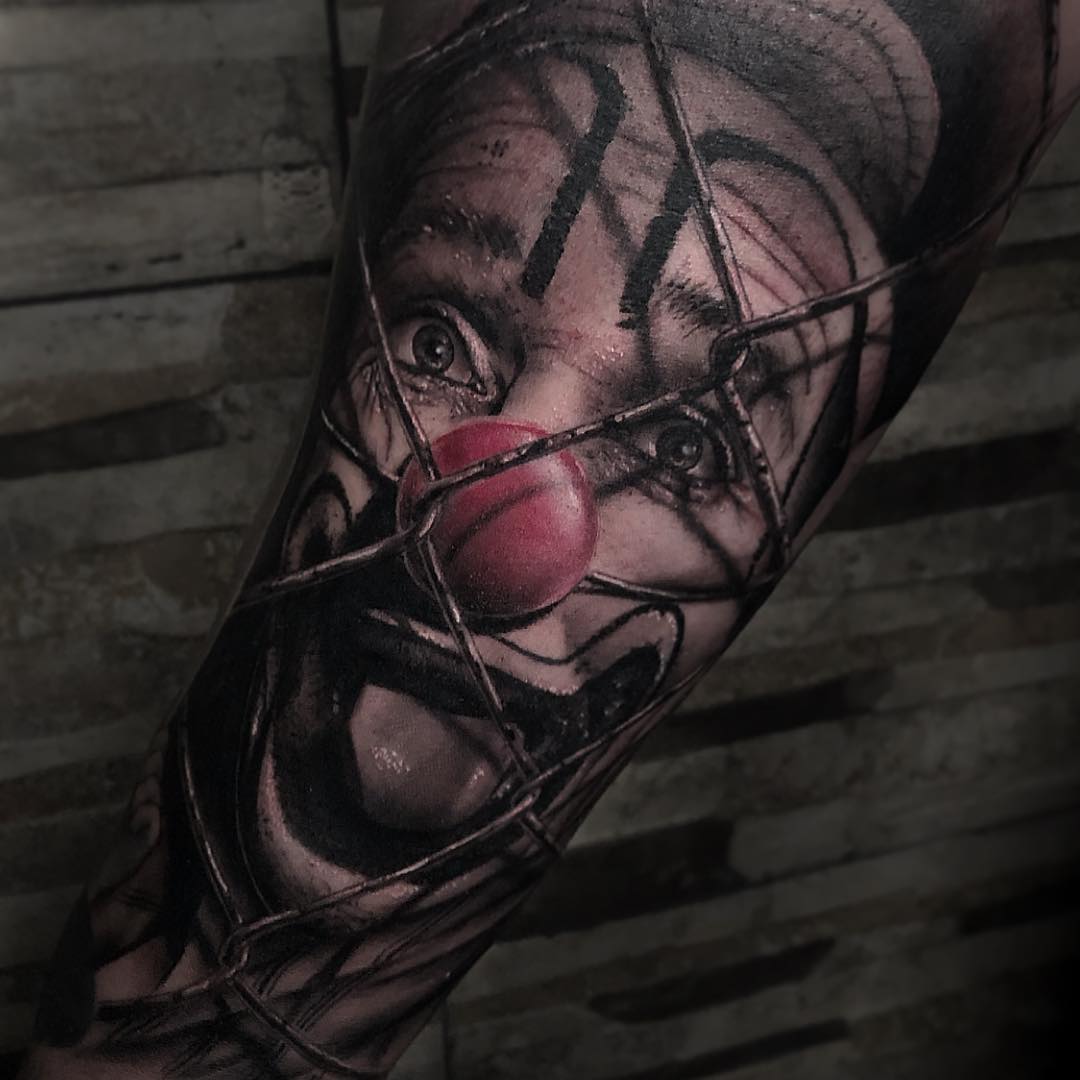 Text Oleg Zarvsky
TattooArtist, BlackAndGrey, Portrait, Realism
Share:
Previous
Next
It will be interesting too