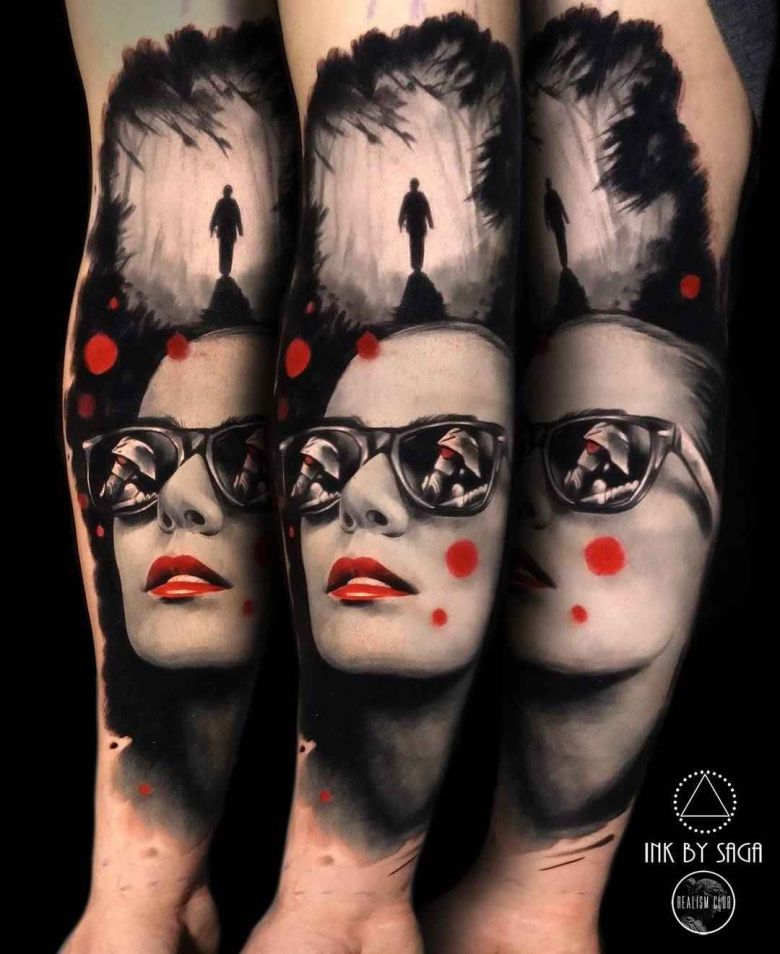 Canadian tattoo artist Saga Anderson, also known as Ink by Saga, began his career in 2011. The tattoo artist specializes in the technique of color realism tattooing, focusing on works with high contrast and color saturation combined with photorealistic, abstract and pictorial elements.

As a story component for his works, the master prefers heroes and scenes from famous movies and serials, cosmic fantasy landscapes and various images of living nature of our planet.

In many ways, his technique of tattooing, allowing to create so bright and rich works, was influenced by another professional occupation of the master. Outside of the tattoo studio, Saga creates portrait photo-realistic images using color markers. Over the past 6 years, his works have been featured in 3 book publications, at several solo exhibitions, public art installations and at numerous group art exhibitions in Calgary, Edmonton, Toronto and San Francisco.

Currently, Saga Anderson actively travels the world, participating in national and international tattoo conventions, both as a personal brand Ink by Saga, and as part of the Realism Club, of which he is a member. In his free time, the master is based at the Boss Tattoo studio in Calgary (Canada). 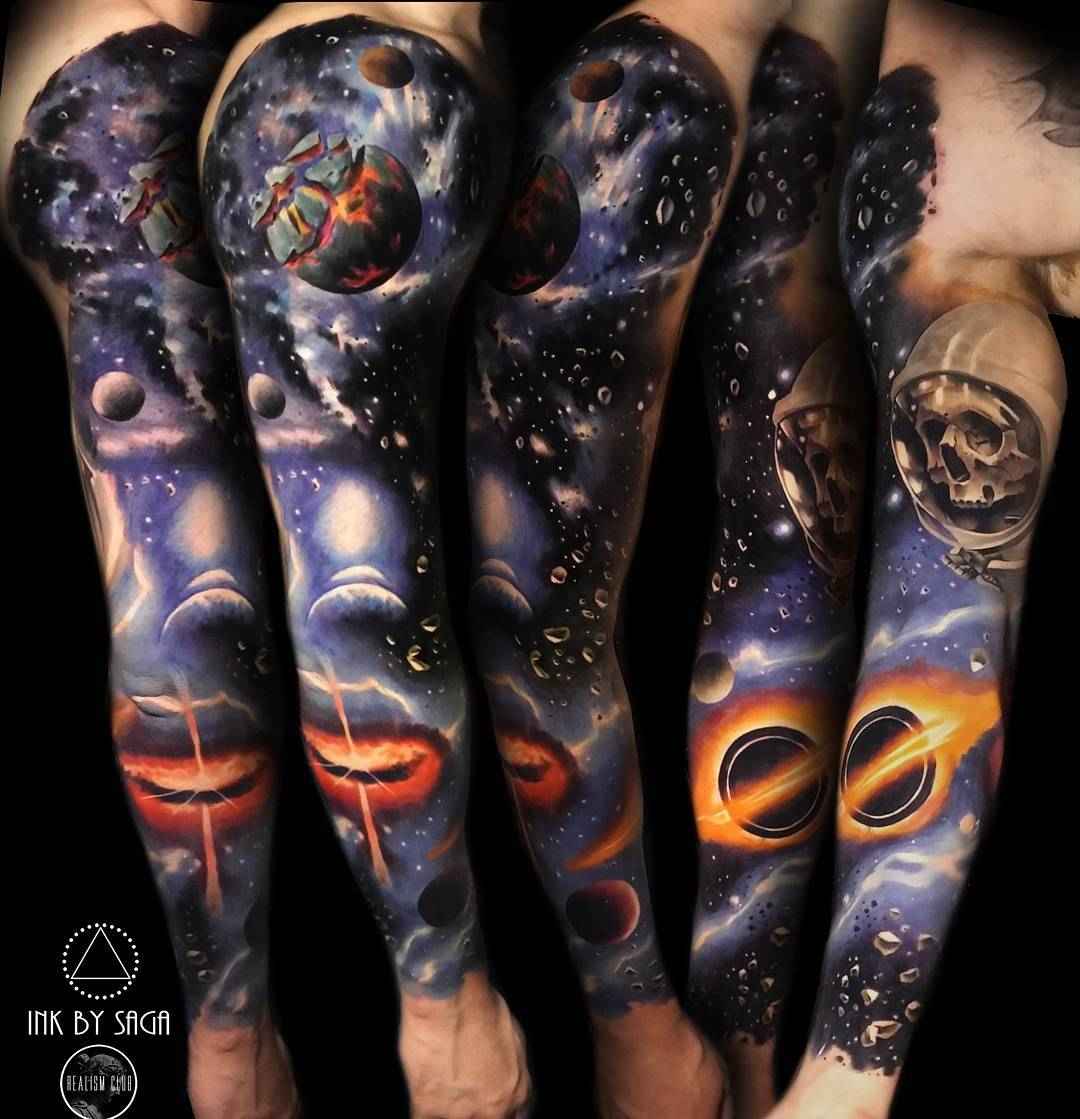 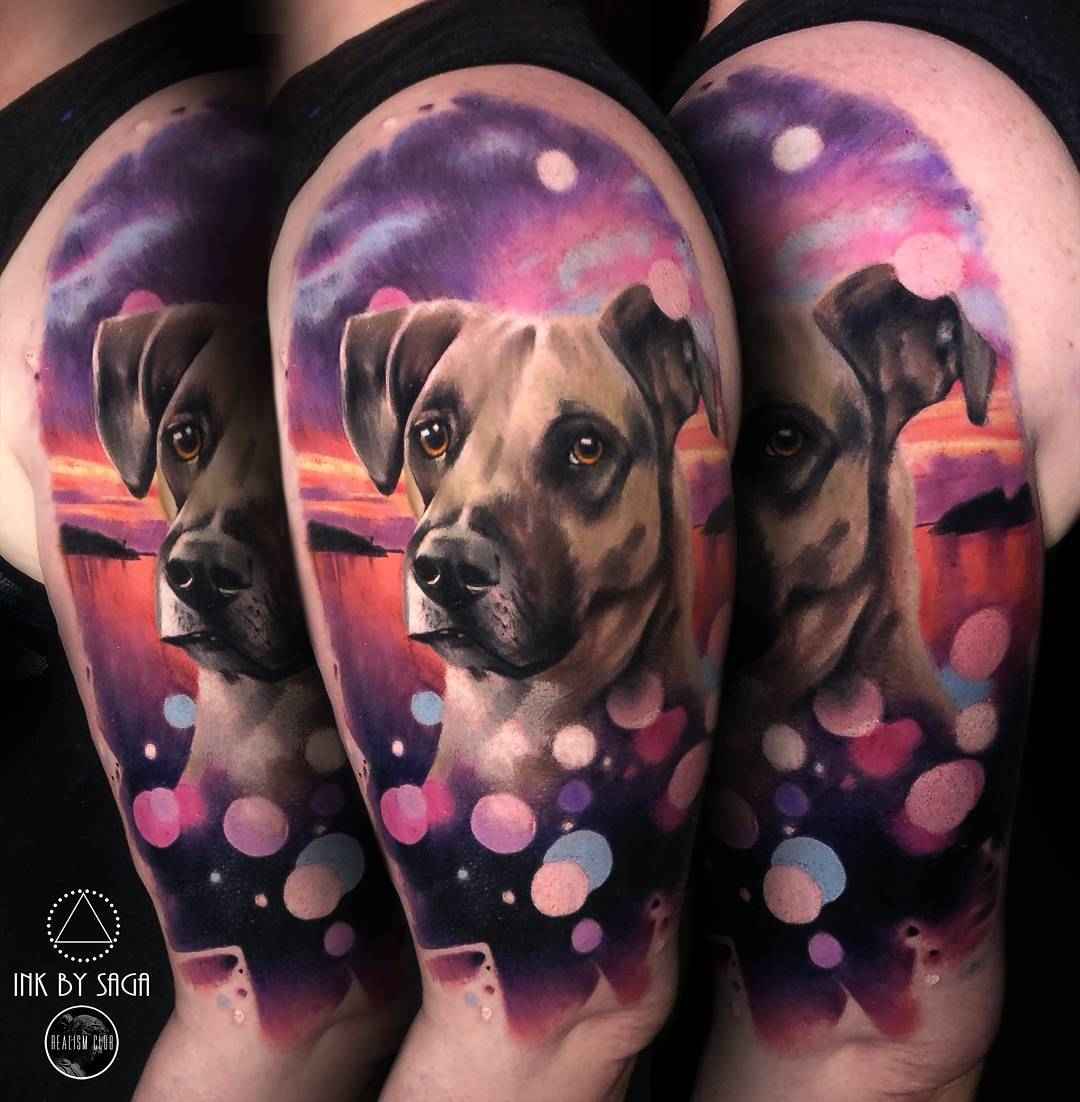 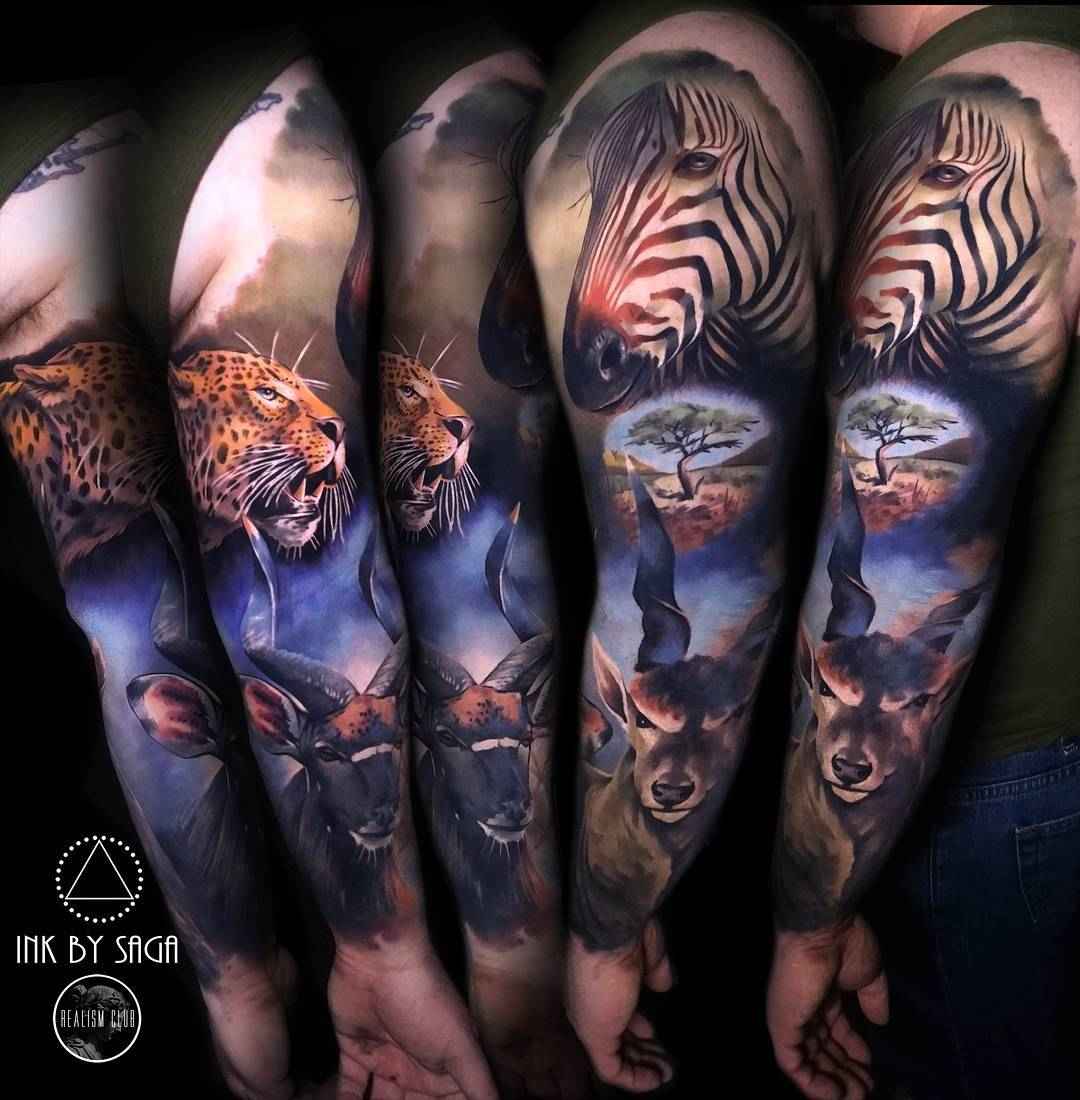 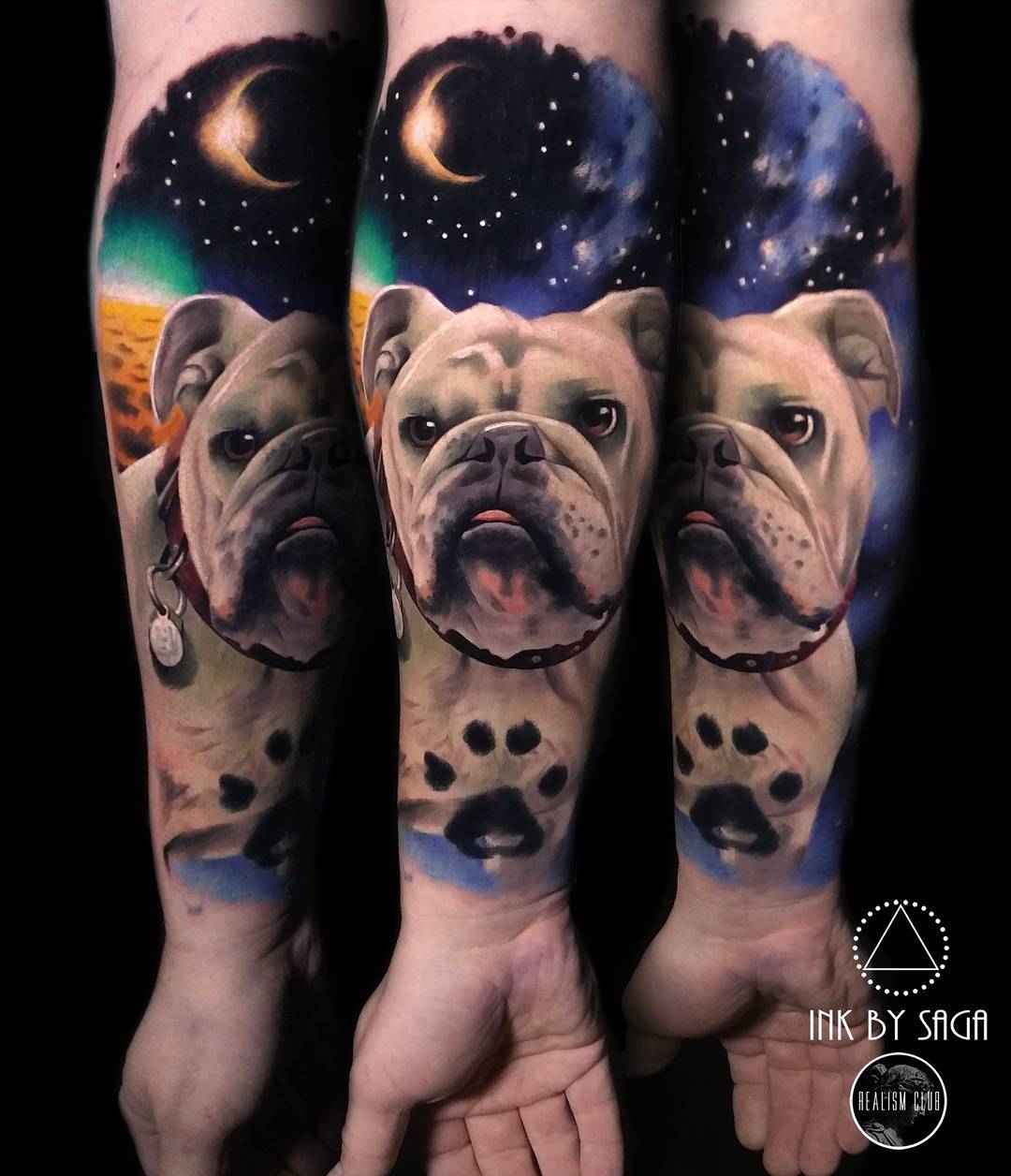 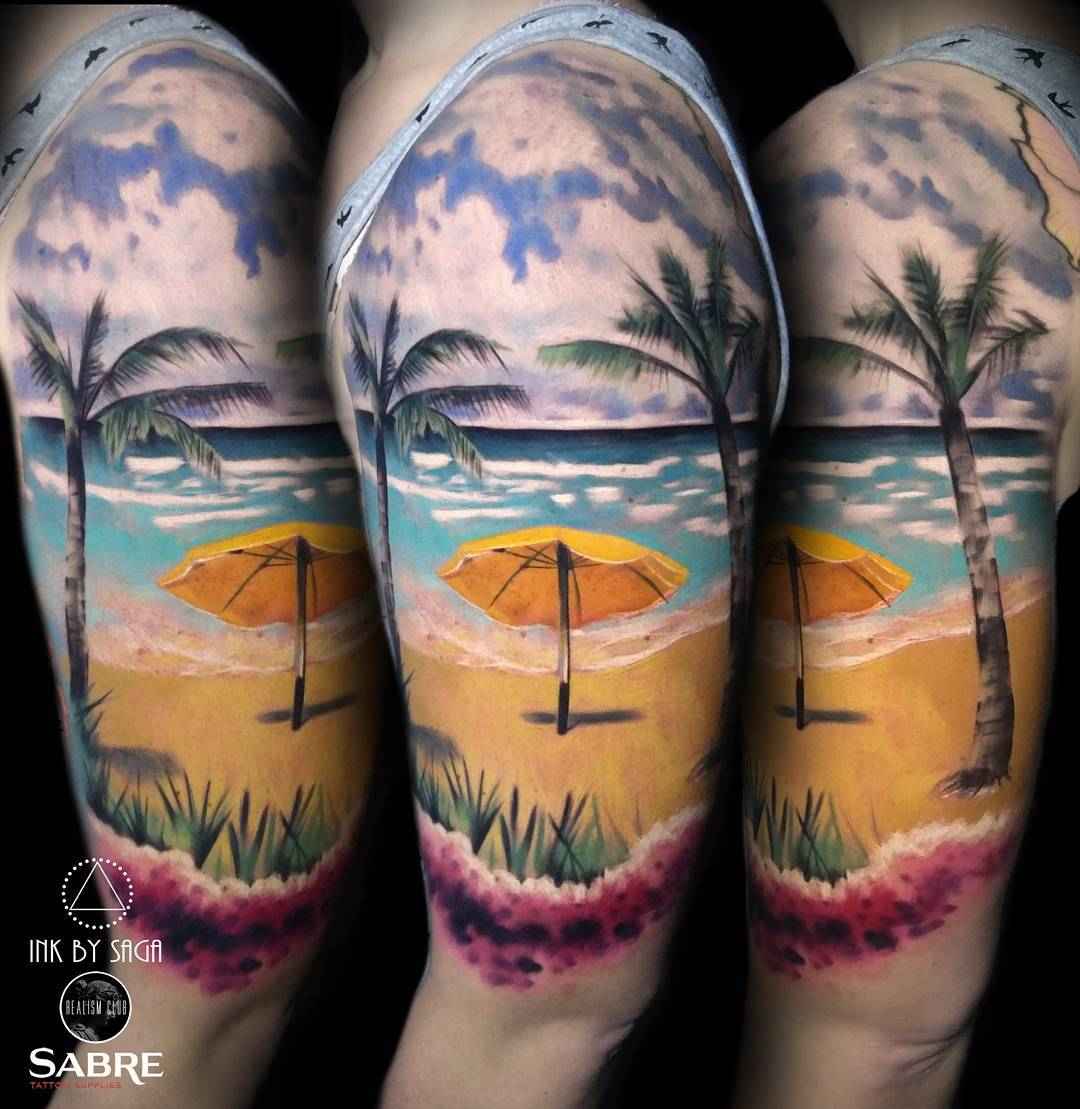 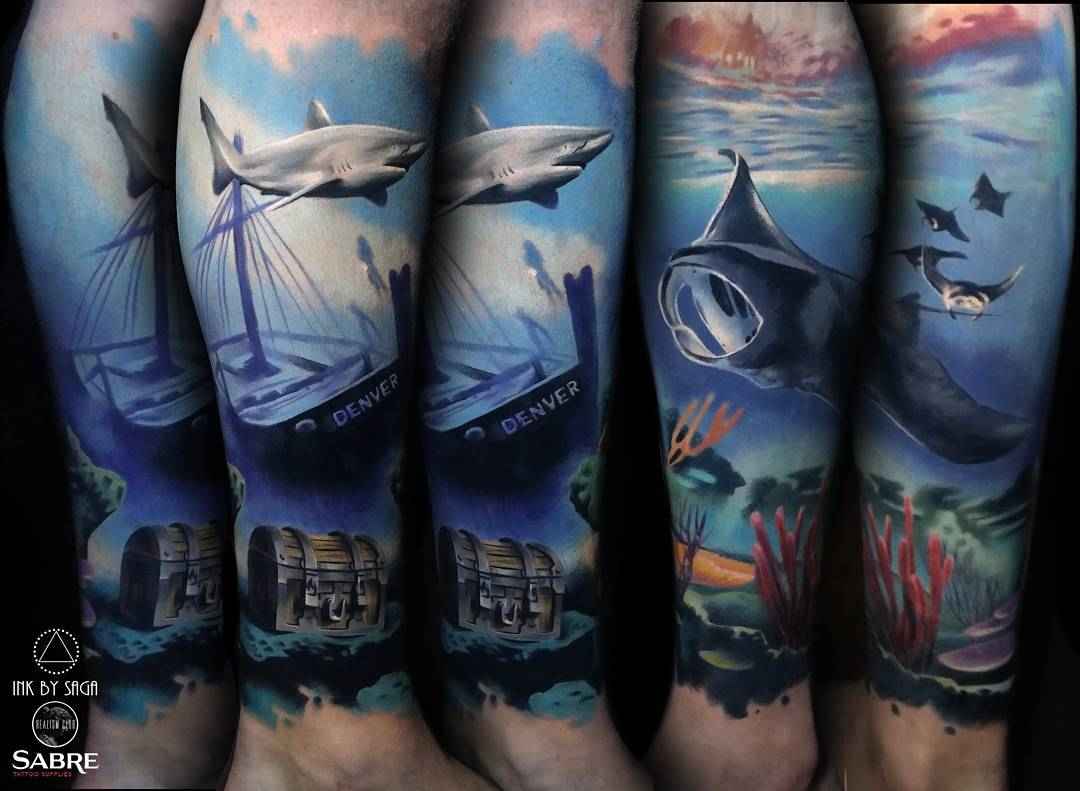 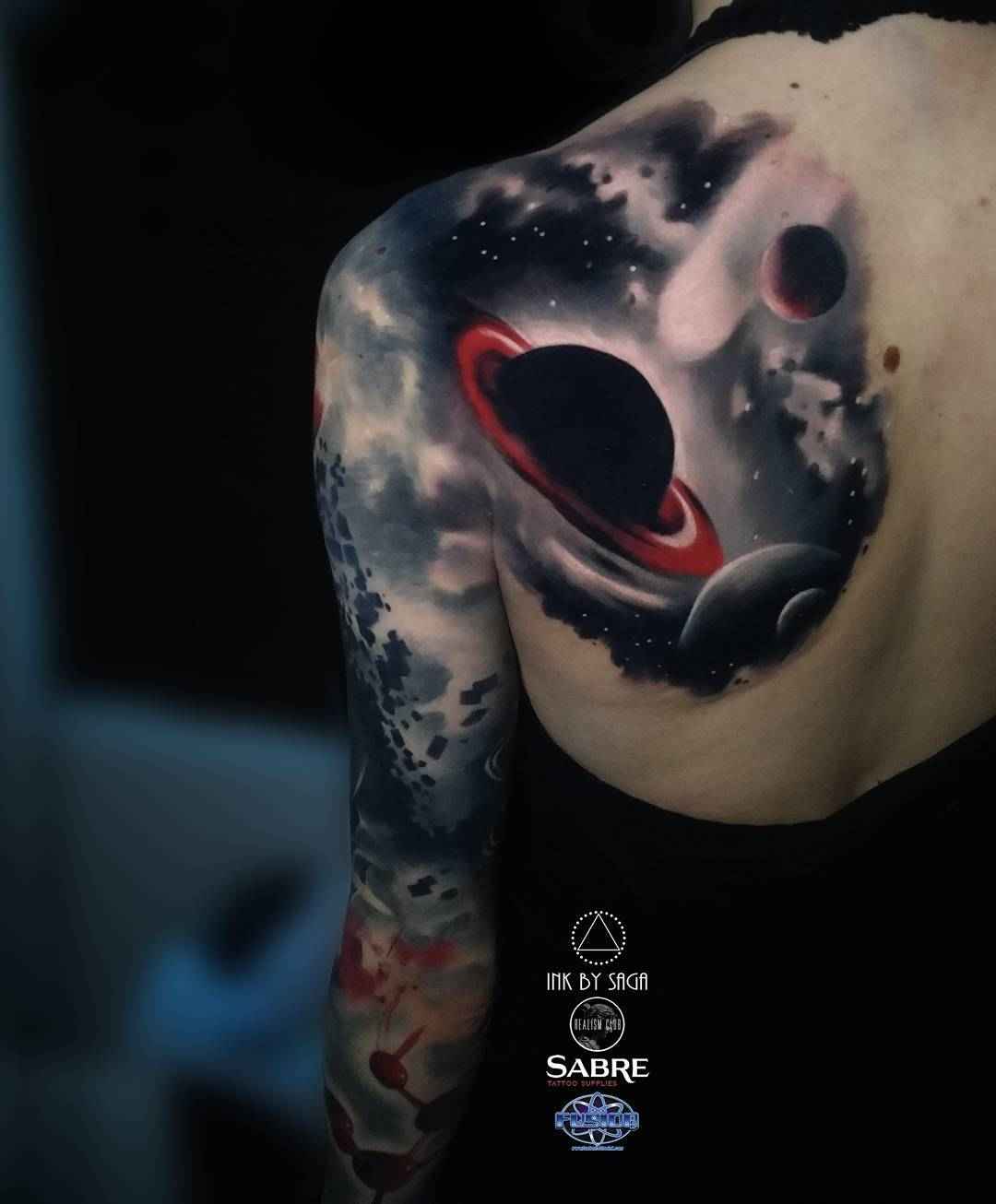 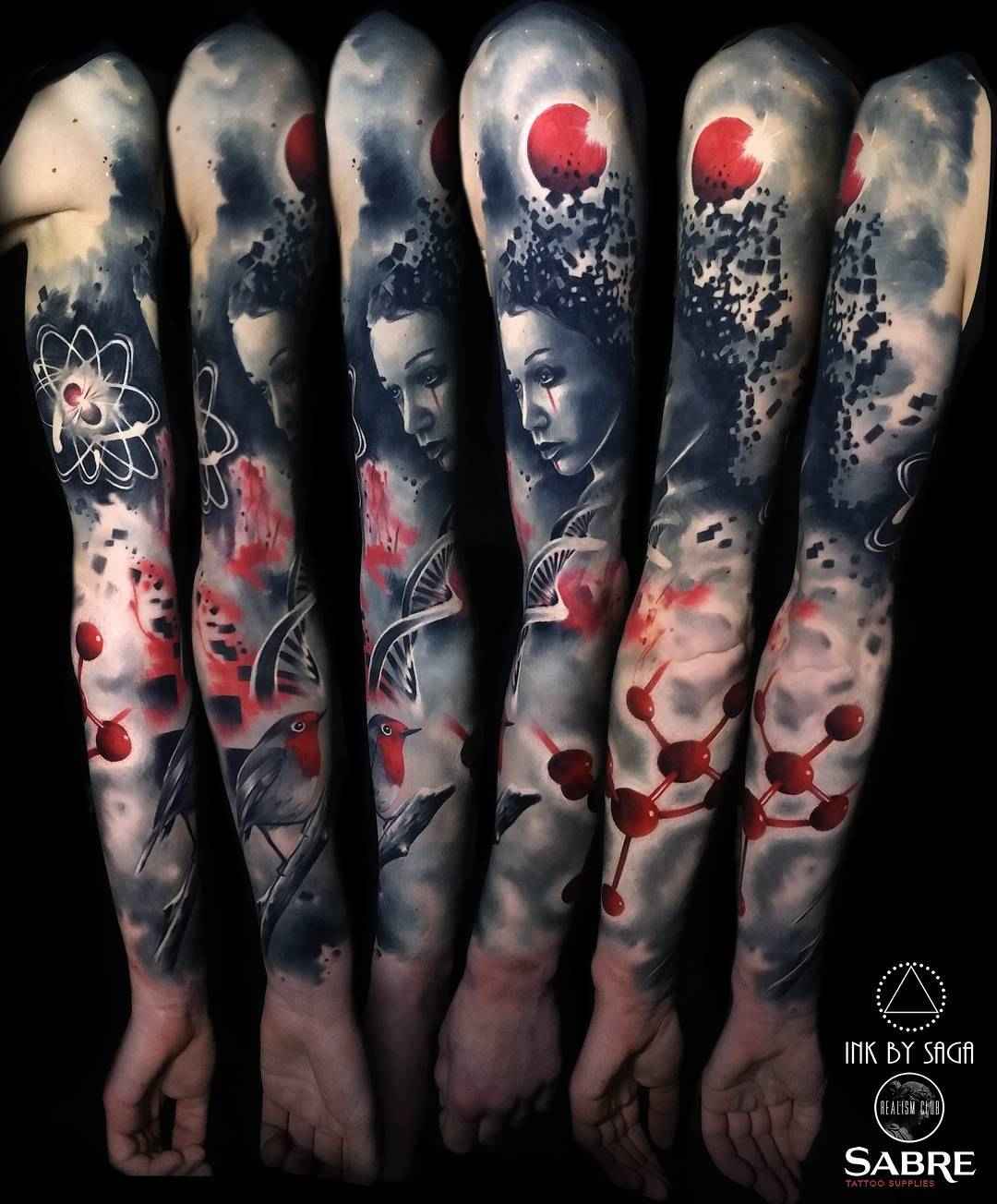 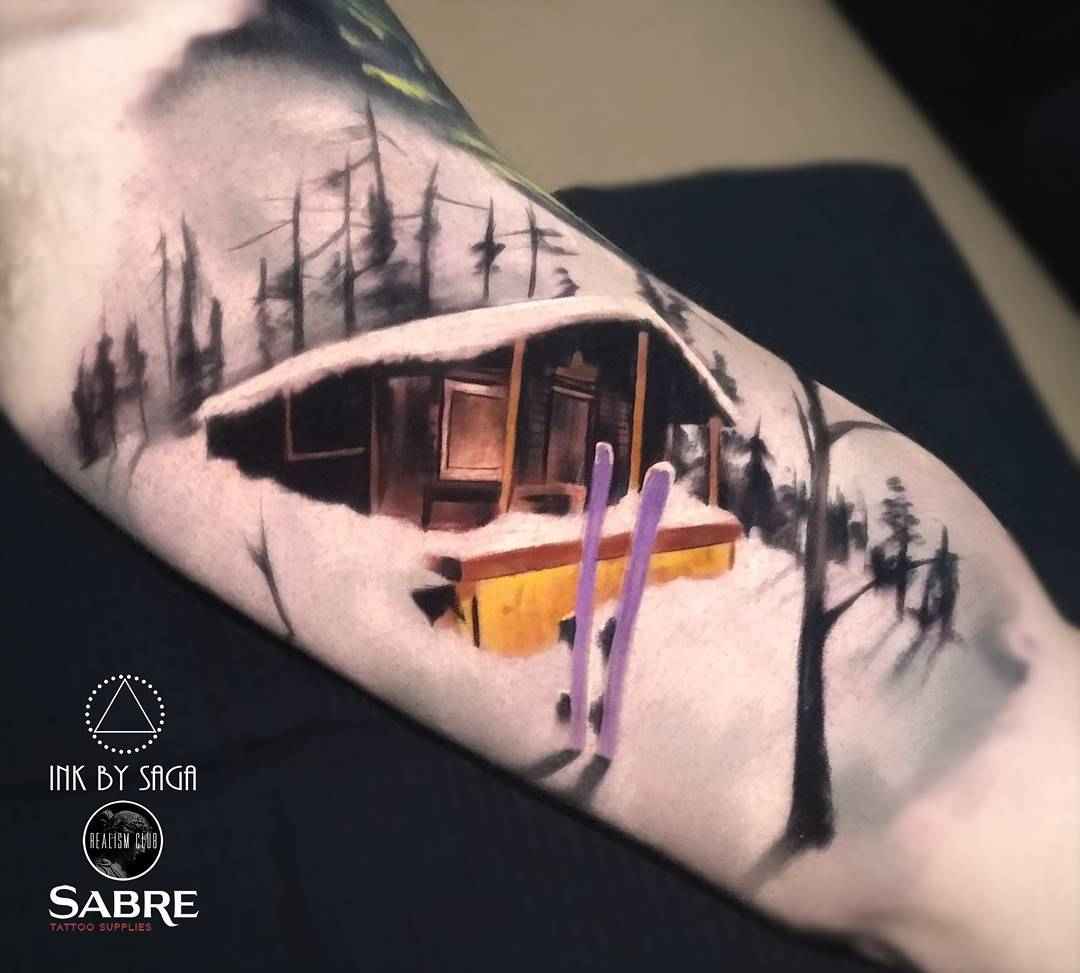 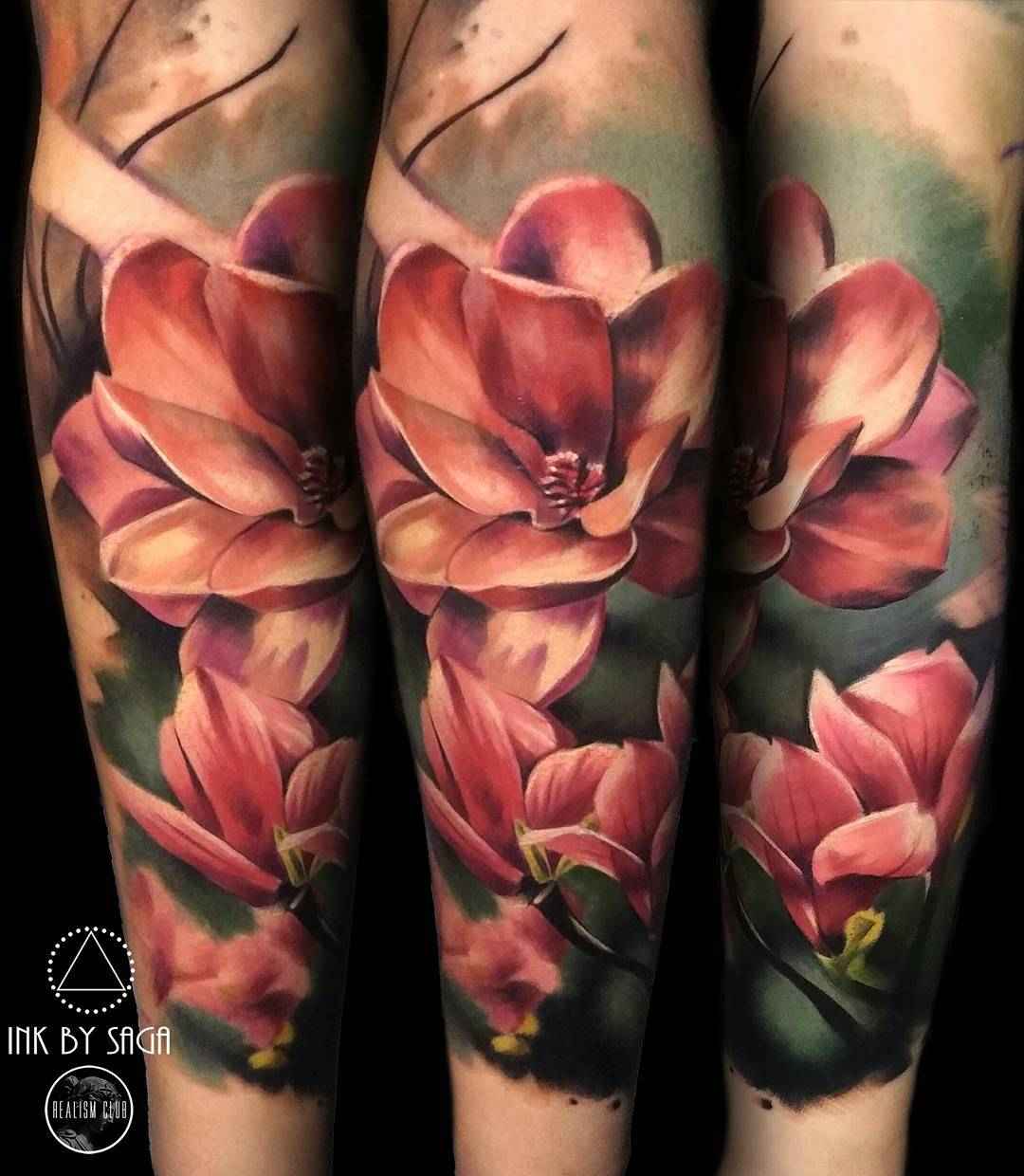