At the end of 2019, the move of the iNKPPL editorial staff to St. Petersburg not only served as a breath of fresh air, which brought significant changes in terms of the style and development vector of the magazine, but also introduced me to a large number of enthusiastic and truly talented people.

With one of these people, I want to introduce you.

Please meet Kolya Sab, a young artist from Moscow, known in the graffiti party, but still not so widely known in the tattoo industry. 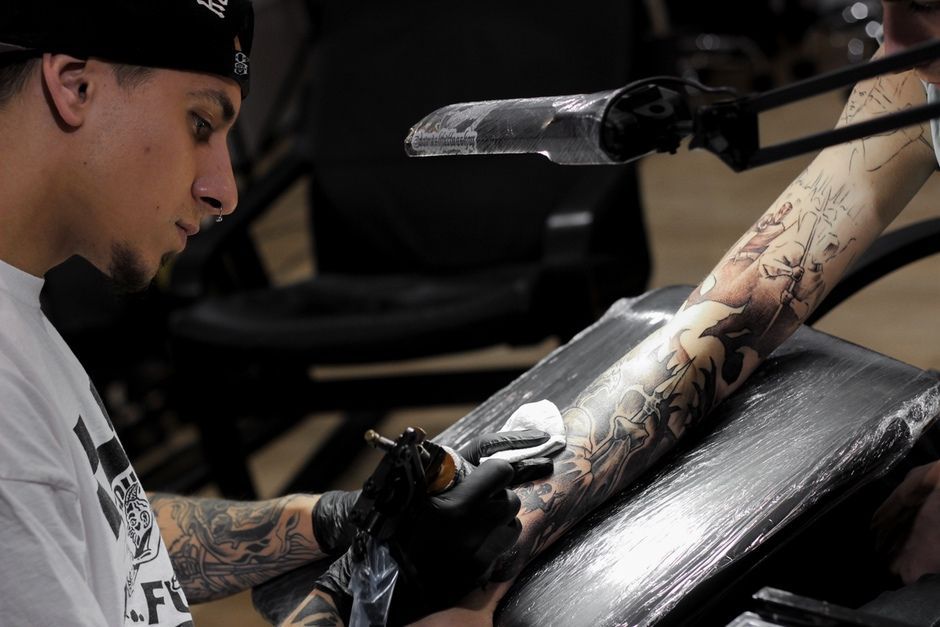 It is interesting, that Kolya deliberately left the classical path of artists coming from graffiti to tattoo. Yes, yes, he does not work in the New School style, full of bright colors and positive, funny images.

His path is a kind of symbiosis of graphic drawing with stylistic and constructing techniques of drawing taken from graffiti art.

Bold, powerful, gangster tattoos, saturated with the spirit of the streets are attracting attention. They are provocative and infinitely stylish! 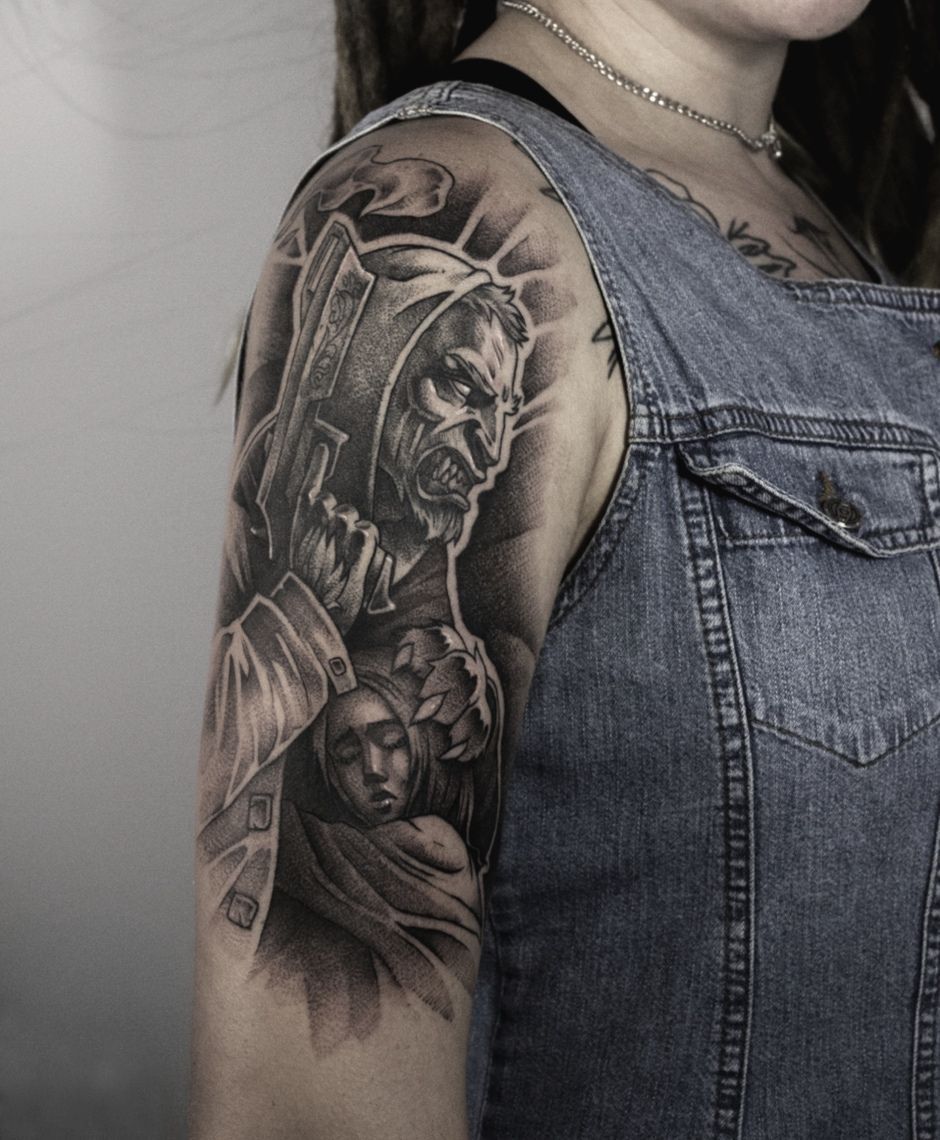 But as you know, behind every style decision, every painting on wall or on human body - there is an artist, a man with his own individual set of qualities and an exclusive history.

Therefore, let's find out who is Kolya Sab? 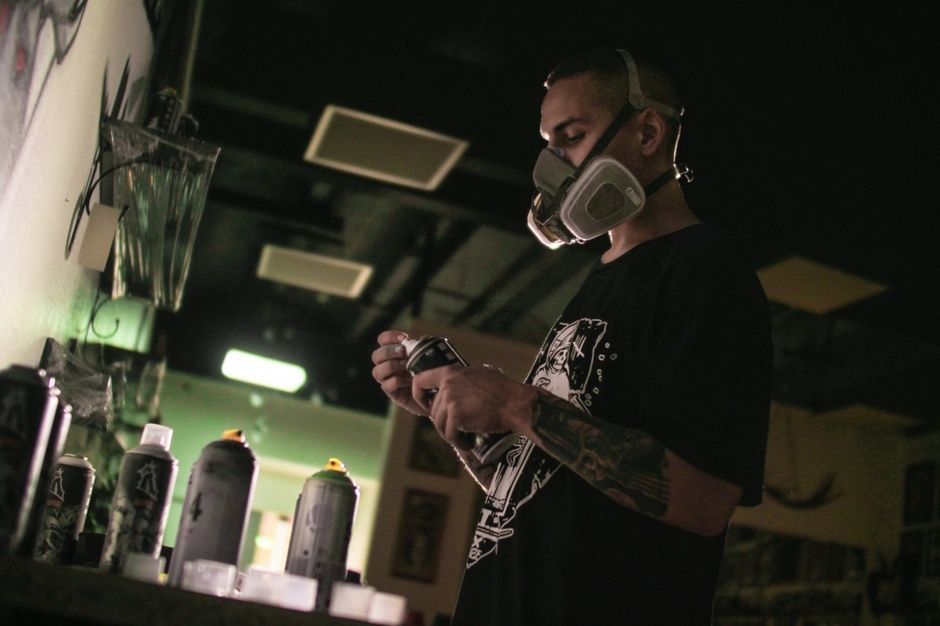 Tell me a little about yourself, Kolya. What did you do before joining the tattoo industry?

- I started drawing in childhood, mainly battle scenes and dinosaurs, I tried to do everything naturally, so because of the violent in my pictures, my parents often wanted to reduce me to a psychologist, which they did not do. 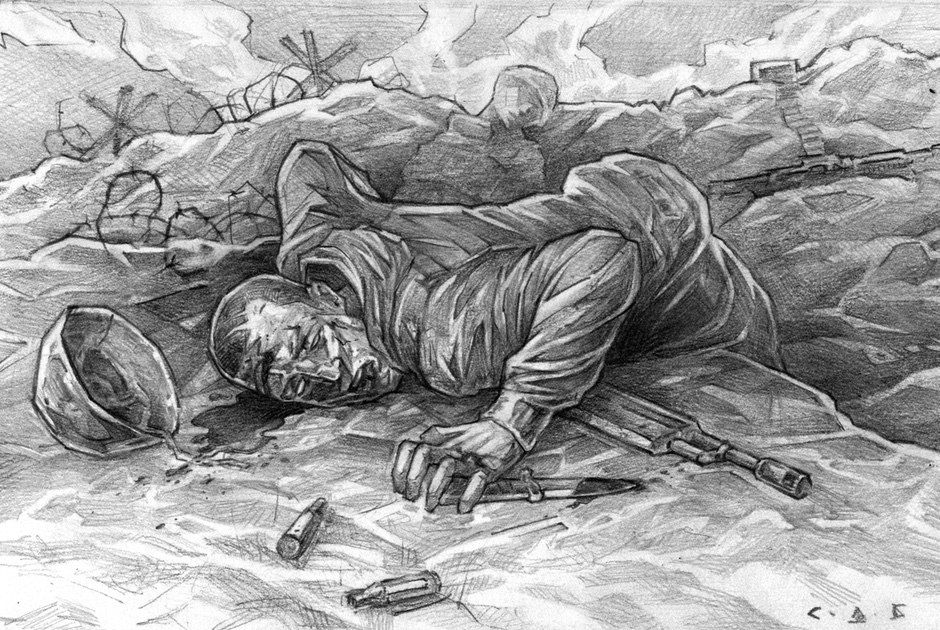 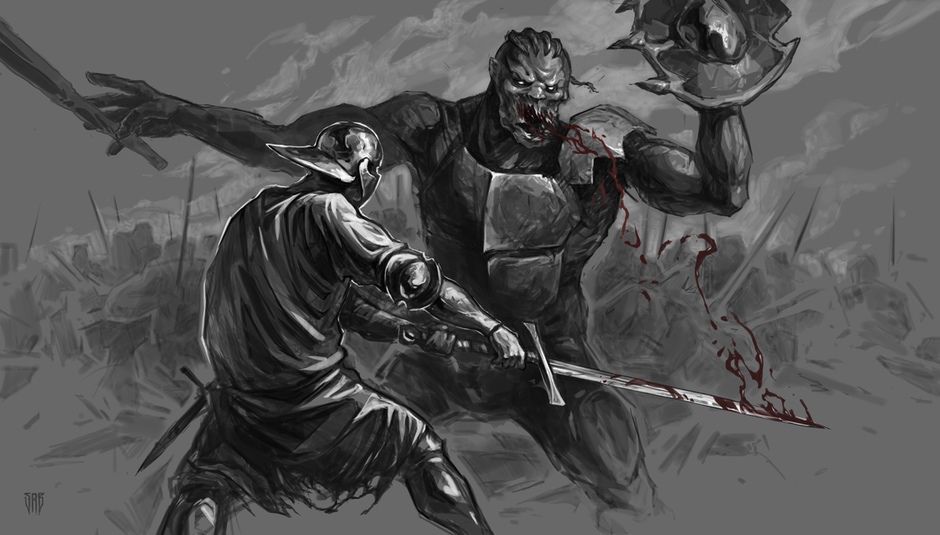 When I was 14 years old, street culture began to absorb me, I began to draw graffiti, and a year later I began to study academic drawing, realizing that I would definitely connect my life with art. Then a year of preparation at the Moscow Architectural Institute, upon entering which I failed an exam, four years of the Faculty of Architecture in Glazunovka, where in the second year of study I bored of everything except the drawing and continued to paint the walls and whatever, synthesizing my academic skills and involvement in graffiti and other subcultural movements. Then the army, a bunch of fresh military images and ideas. There I decided to start tattooing on the advice and example of Yura, my friend and subsequently mentor. 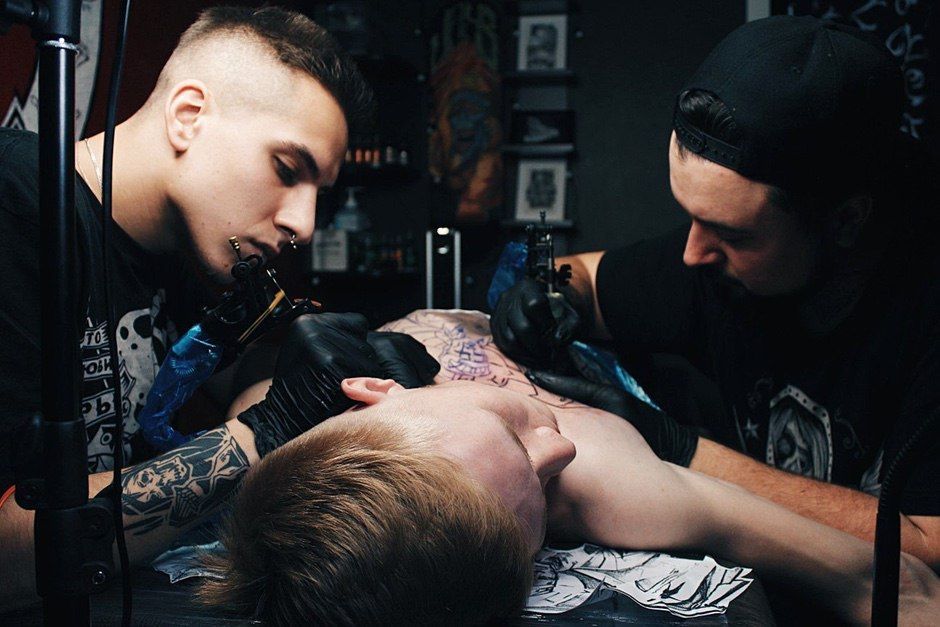 When I entered the institute, I already knew that I want to earn money with my creative skills. I made covers for various musicants, illustrations, was engaged in graffiti design, restoration, and long before I began to tattooing, I drew sketches for tattoos to order, a little later I began to teach drawing privately. I participated in graffiti contests several times, won some prize places, but now I understand that these were events of the wrong format, so that it could be boasted. 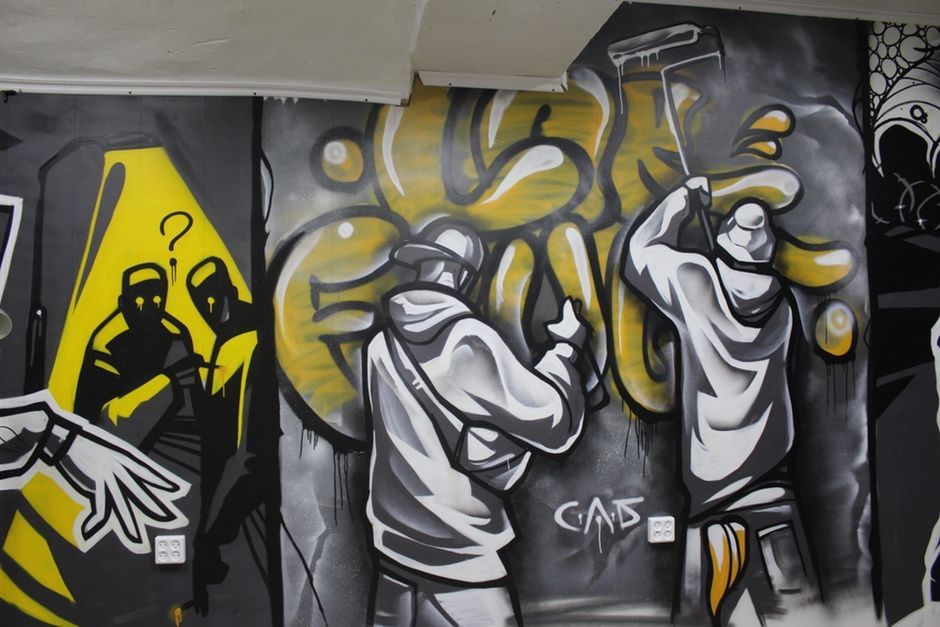 So why did you decide to go to tattoo as an artist?

- As I said before, my friend Yura Taran pulled me into tattoo, with whom we have been friends and have been working together for 8 years, despite the fact that he is from Kazakhstan, and I am from Moscow. I was just serving in the army and was thinking about what I would like to do professionally, and Yura was already developing in tattooing and actively campaigning me so that I would also join in, and upon returning from the service I started to make tattoos. It is interesting for me to apply my skills when working with the human body, to work with composition, location taking into account the anatomy. For me this is a new direction in which I want to develop. 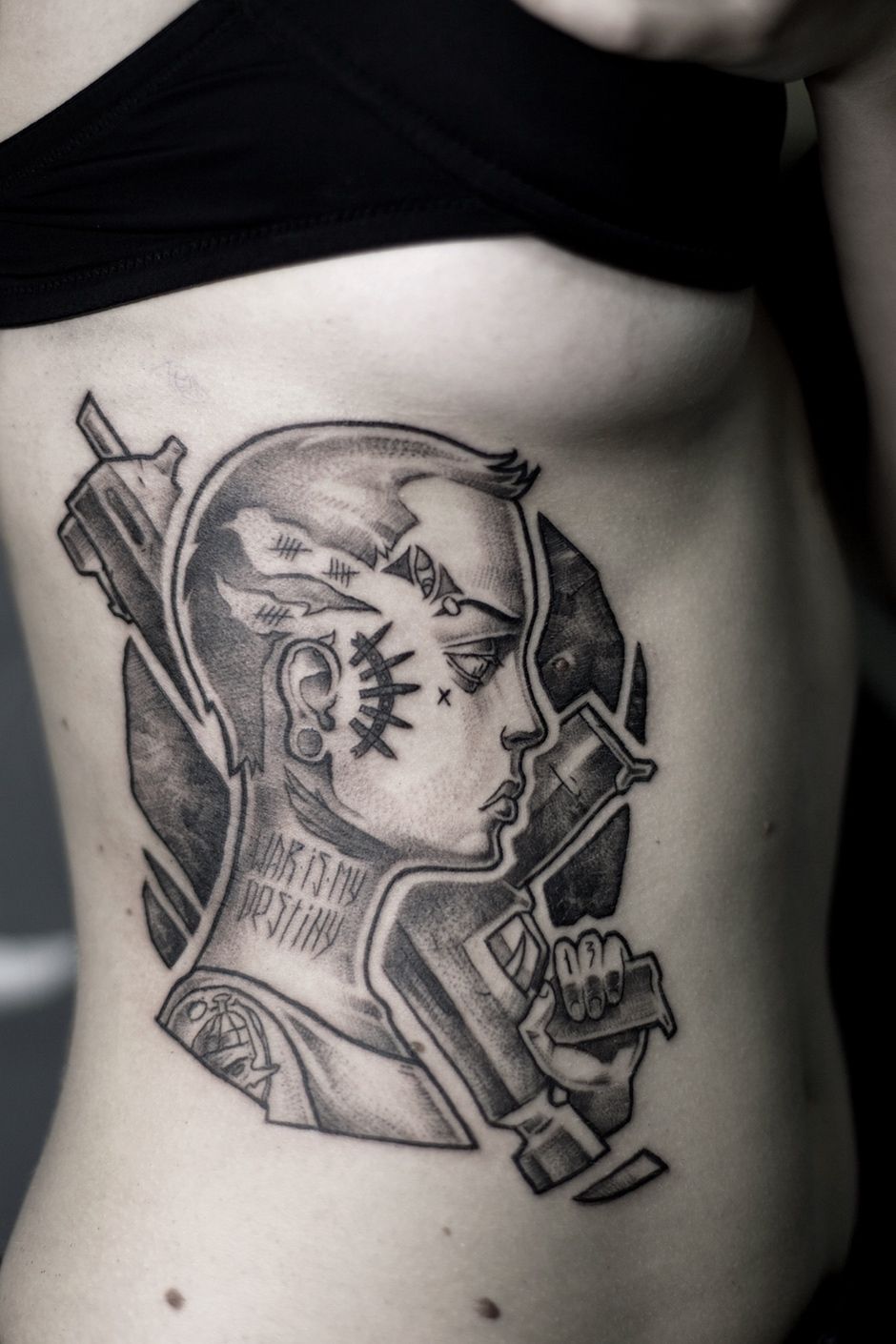 What are your plans for the future in tattoos and in general?

- A lot of things started during this period of life that it would be interesting to participate in, and financial options appear that allow you to more or less calmly do a little for everything you like, but it’s clear that soon I will need to decide what I’ll do more thoroughly, to invest in this business the necessary amount of time. 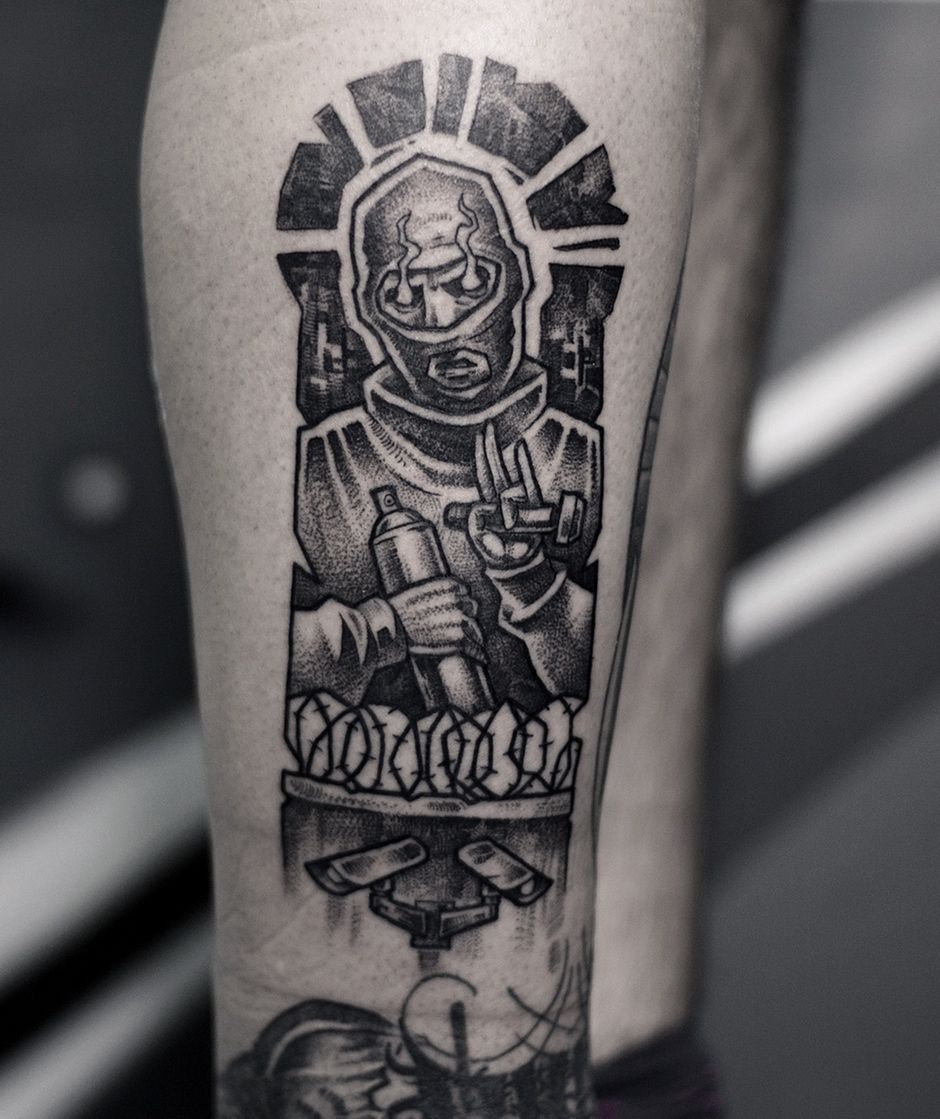 Now I’m moving in four main directions: for the soul, I’m much more active in drawing graffiti and all kinds of illustrations on paper, many of which I later turn into a tattoo, for commerce I get tattoos, which, of course, brings me satisfaction, because I work according to my sketches, and began to re-promote teaching, already in the format of the course. 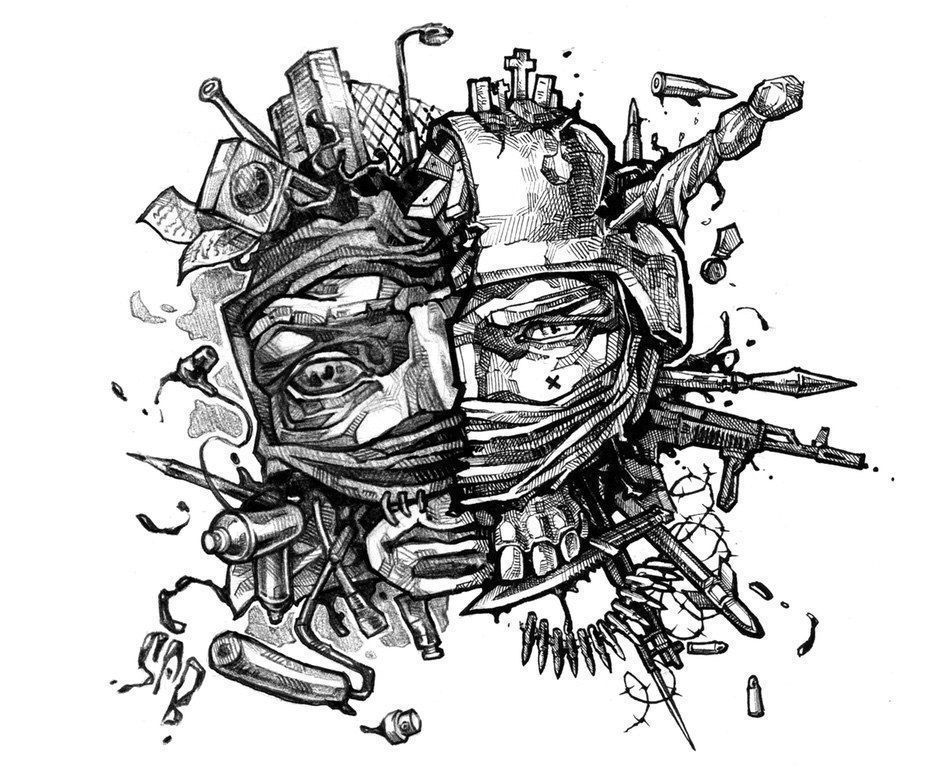 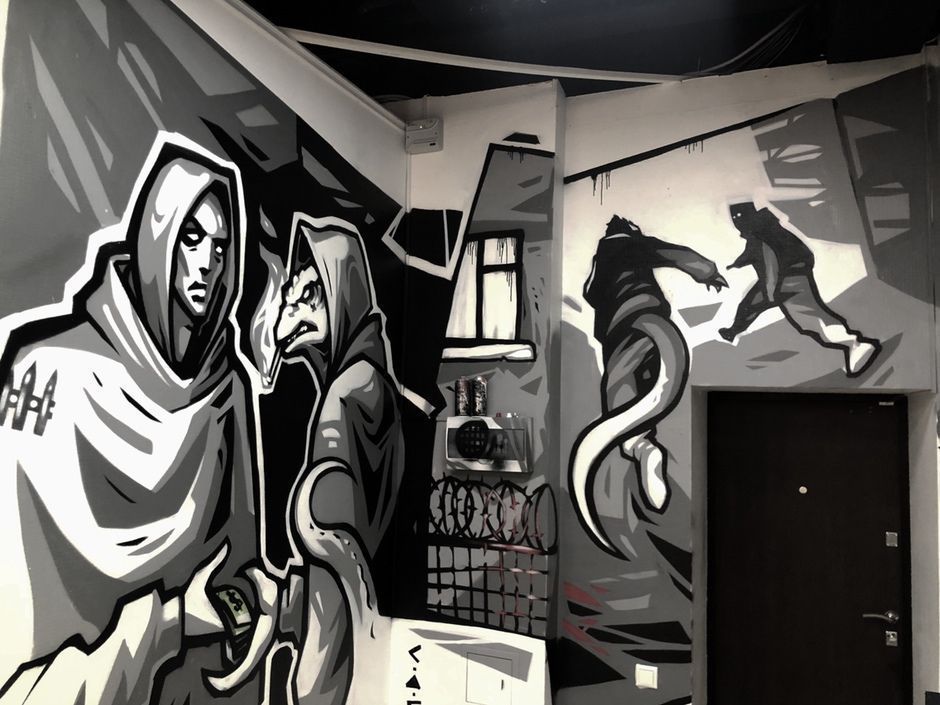 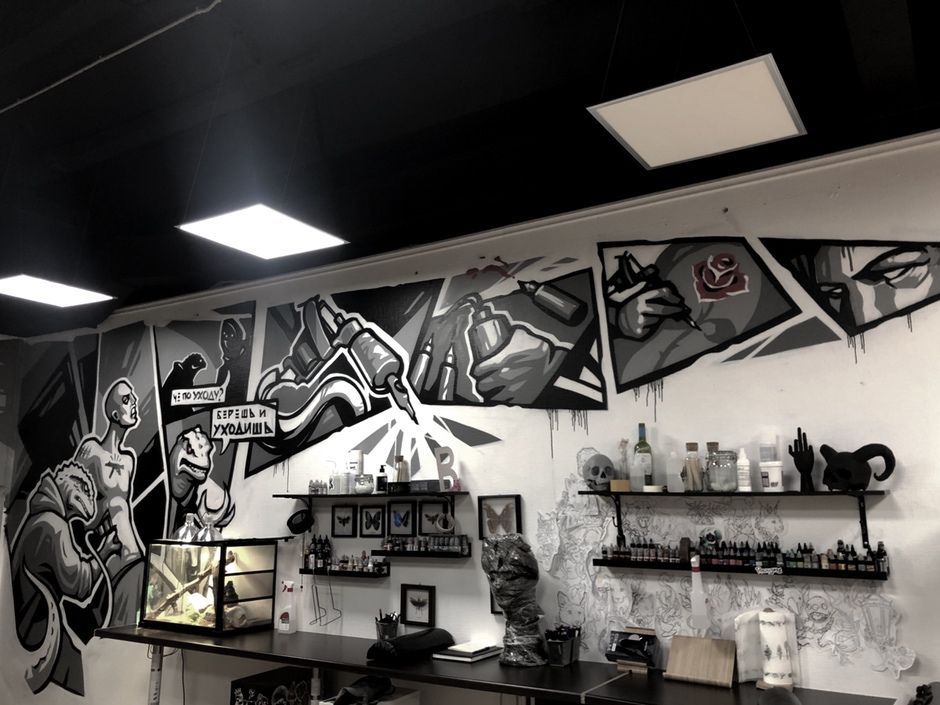 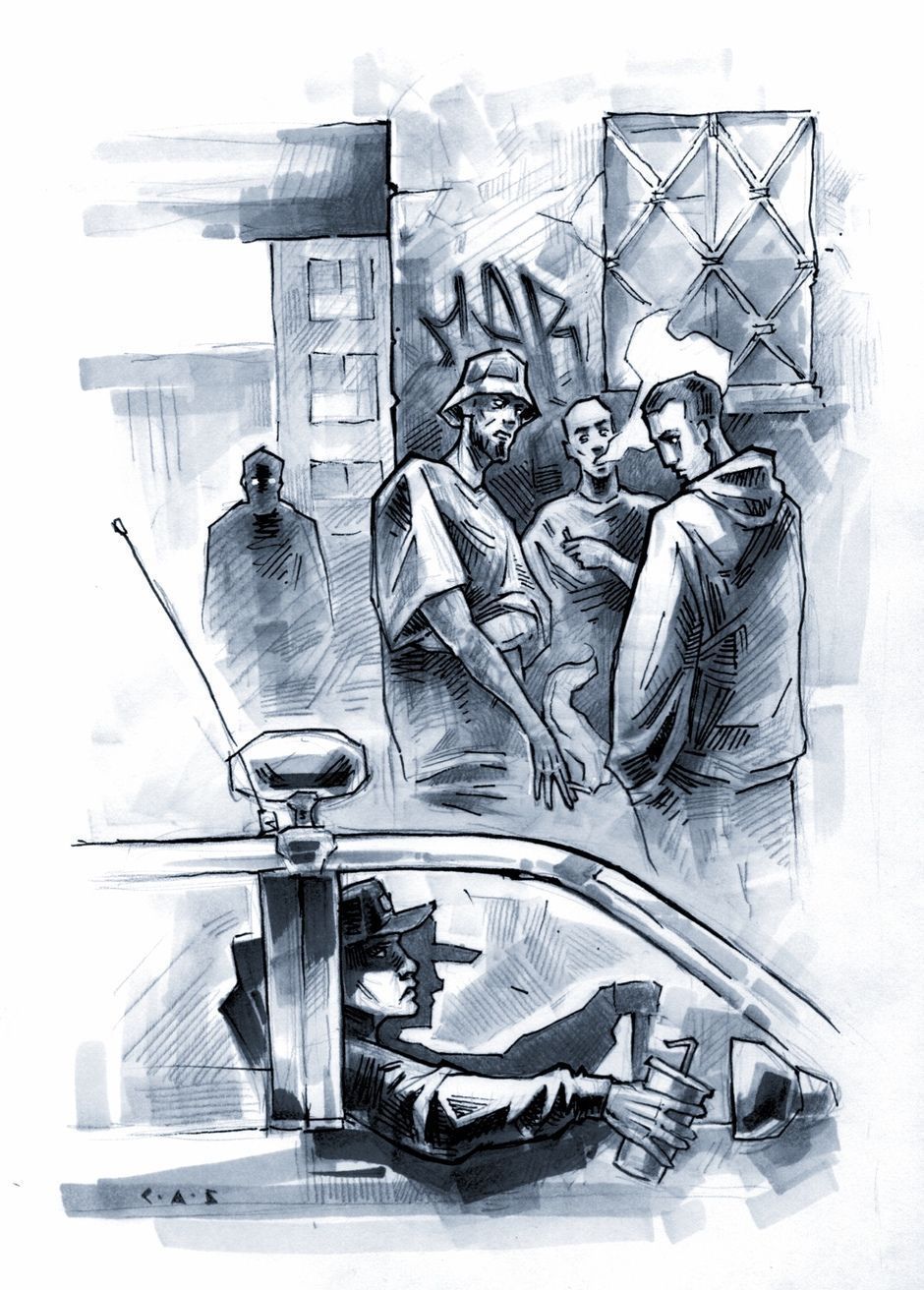 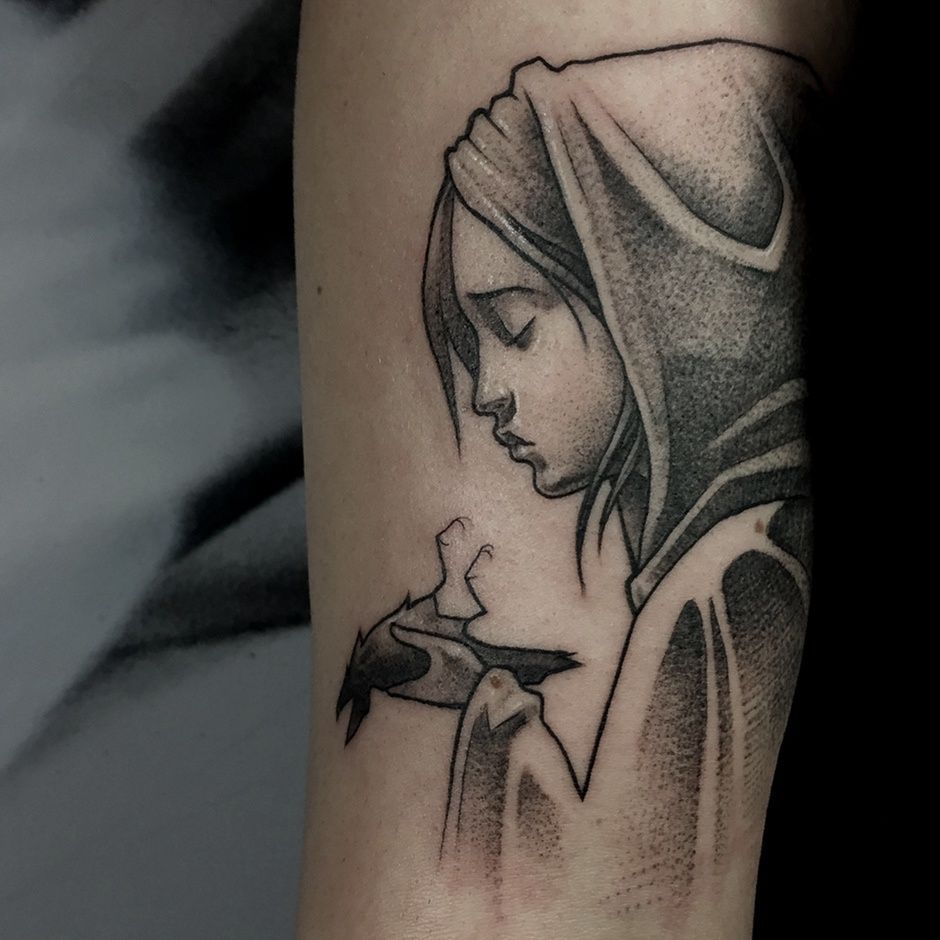 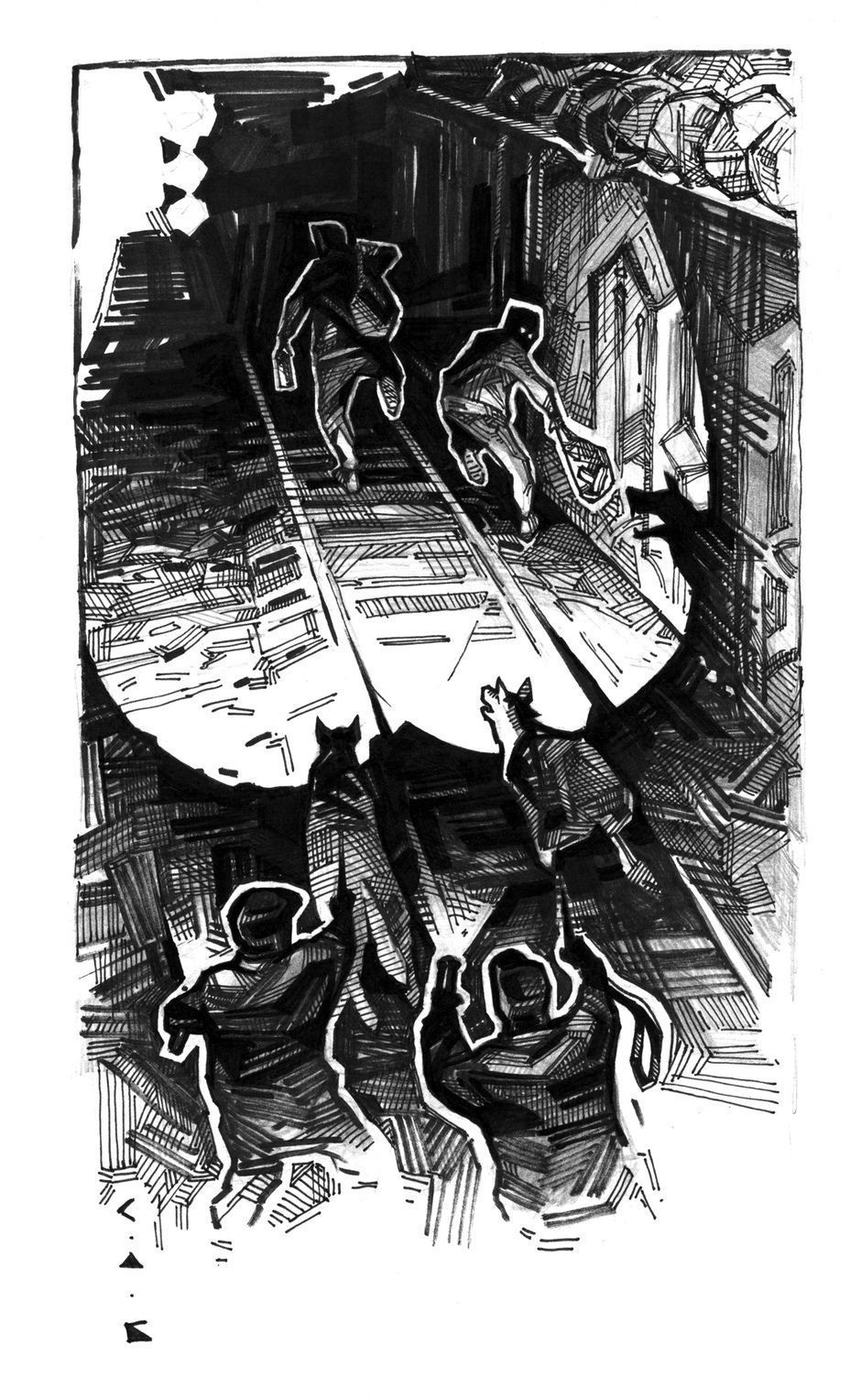