From year to year, the world tattoo absorbs the cultural characteristics of hundreds of nations, the experience and the fantasy of millions of living people around the world, pouring out afterwards in unprecedented forms and style solutions on human bodies.

The hero of our article today has taken a step further and turned his tattoos into real puzzles that are simply impossible to take your eyes off! Please meet - Maxime Etienne. 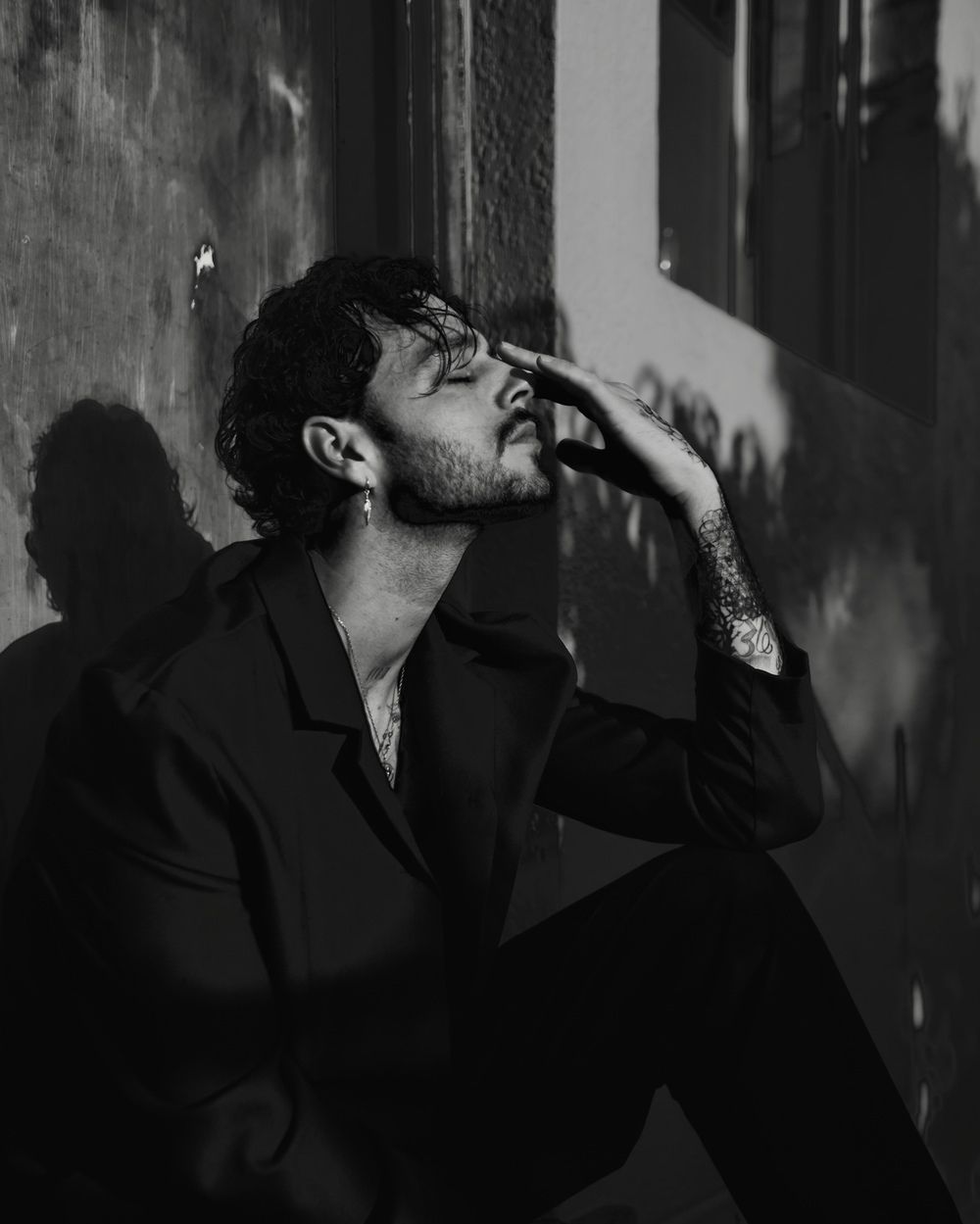 Maxime is known in almost every corner of the world, because over the years of his life he crossed half the world, making a trip from his native France to sunny and distant Australia.

The start of his career as a tattoo artist falls on 2016. For 10 months Maxime independently studied the art of tattooing, and then worked for about a year in one of the Sydney studios. And now, less than 2 years later, he opened the doors of his own Leonart Studio for everyone who wants to get a piece of his work. 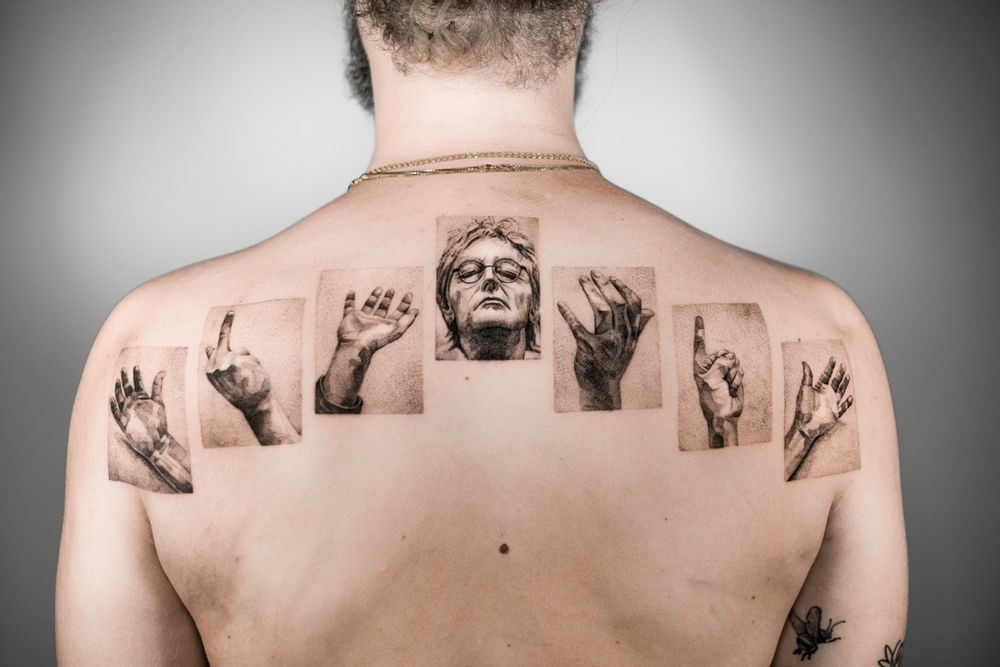 How did Maxime manage to gain international recognition so quickly?

Perhaps this was due to his unique approach to work. The fact is that Maxime works at the junction of two techniques for preparing a sketch for a future tattoo. 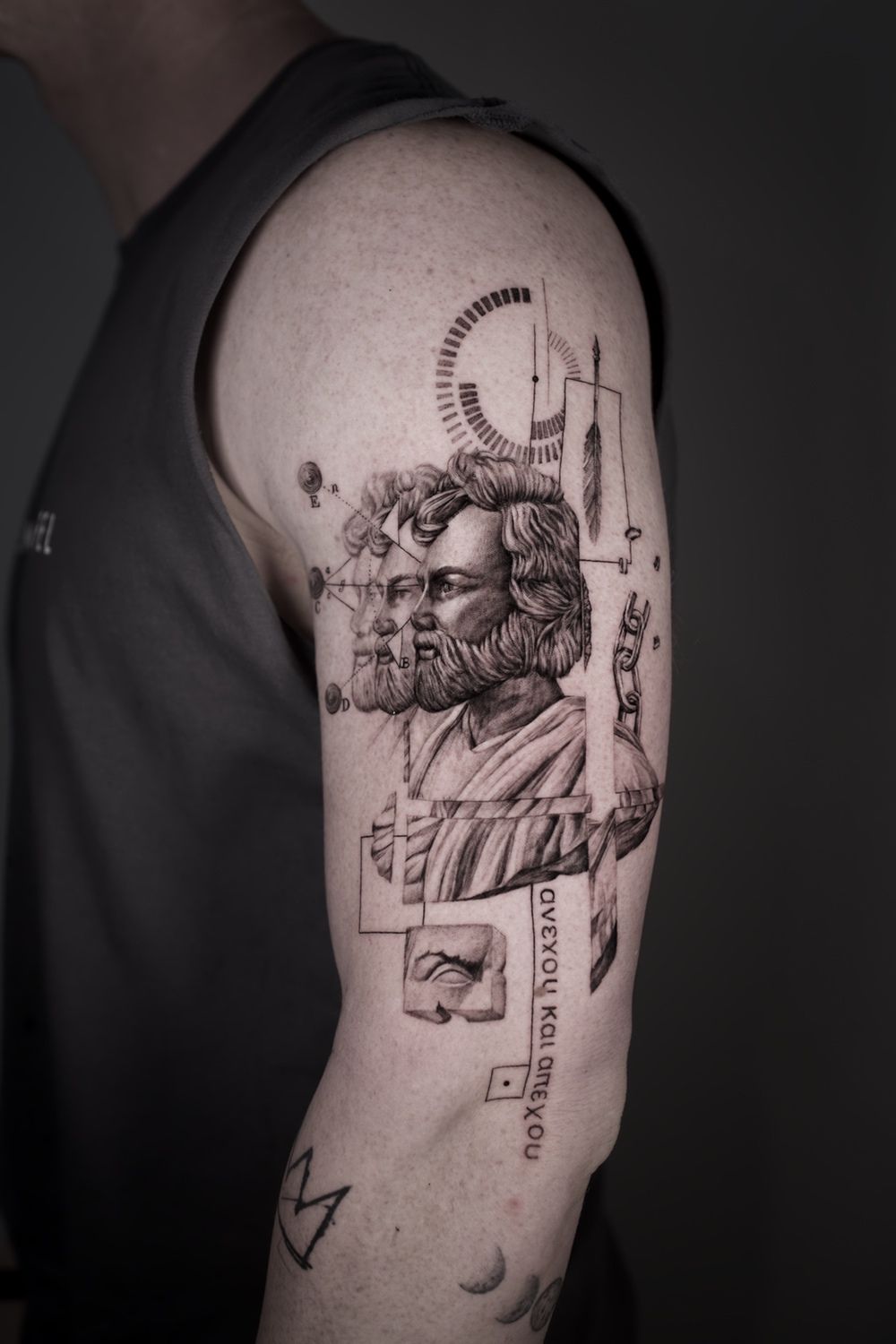 In his work, he adheres to the concept of spontaneous design, which is done together with the client on the day of the session, however, this is not a classic freehand that you might think of. The necessary accuracy of the geometric details of the work, as well as the complexity and detail of the design, still requires preliminary preparation. 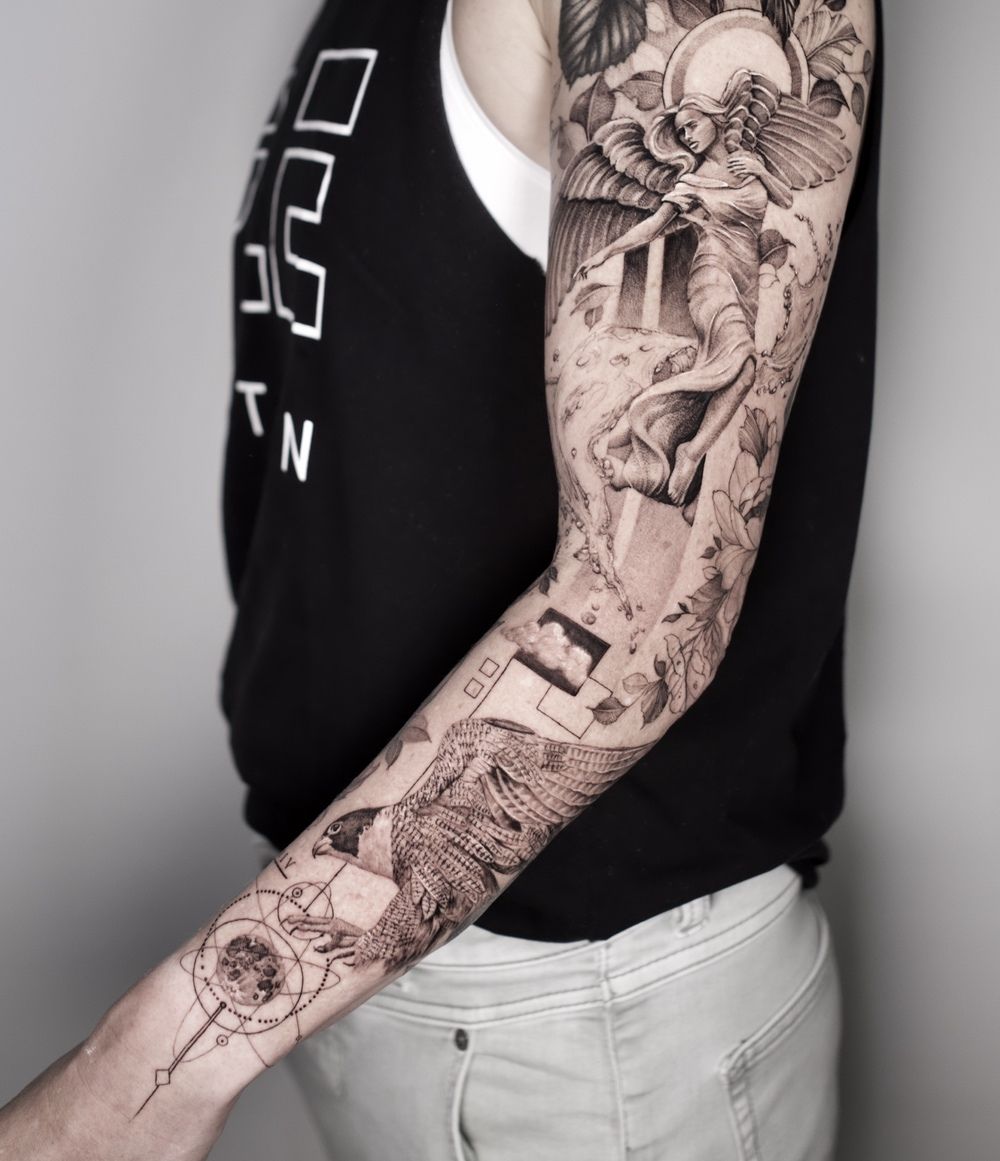 «Creating a design on the spot is where I can fully express creativity, understanding the concept and vision you have. I always do research and drafts hours before the appointment and it comes alive after discussing it together.». - says Maxime. 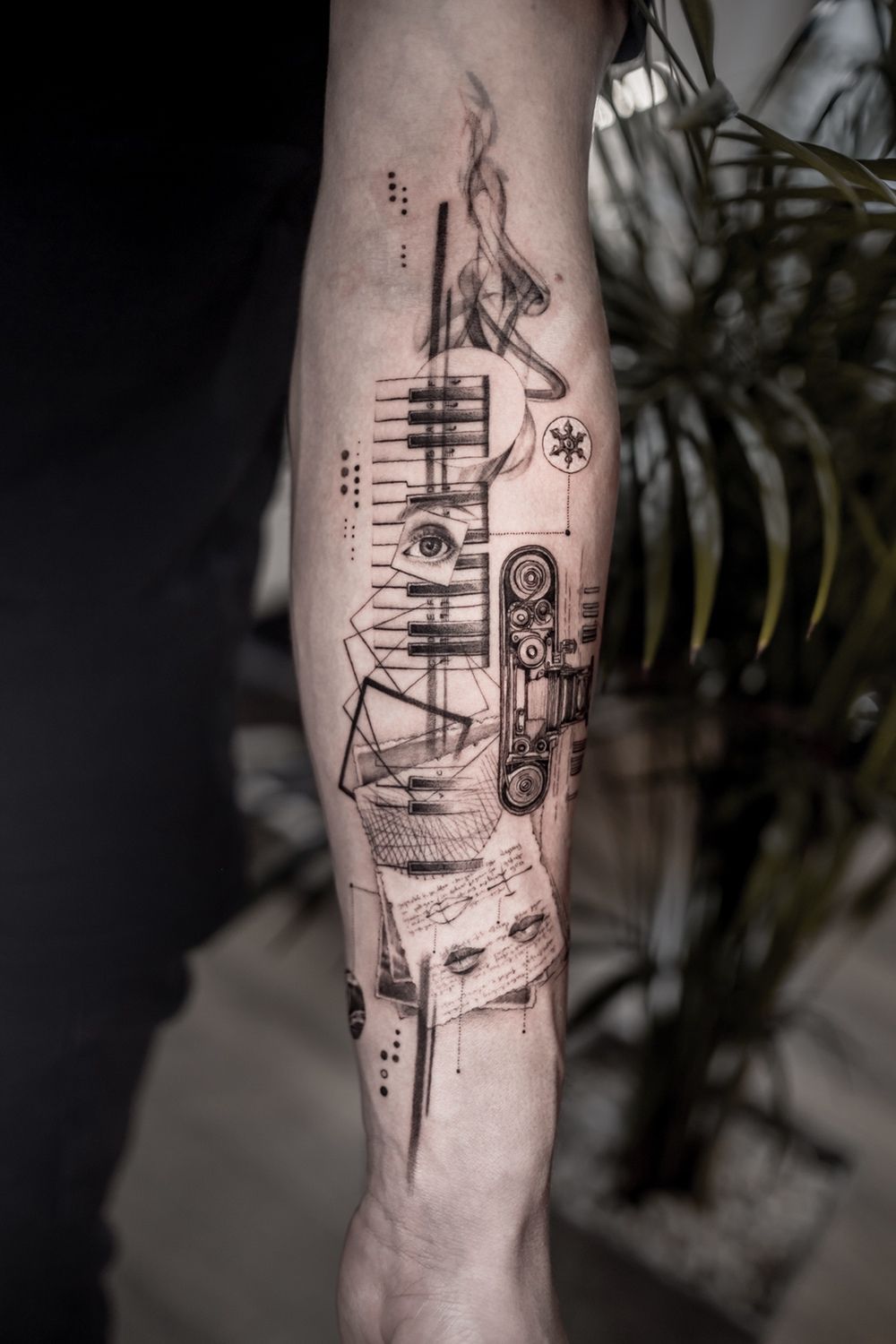 This approach allows Maxime to collect the client's thoughts and desires into a single, unique, conceptual tattoo design

«My work is soft, elegant and not heavy. Darker, solid and independent. My style is composed of micro realism, abstract and geometry. I often mix up several elements all together and try to give them the best contrast and shape for the placement.» 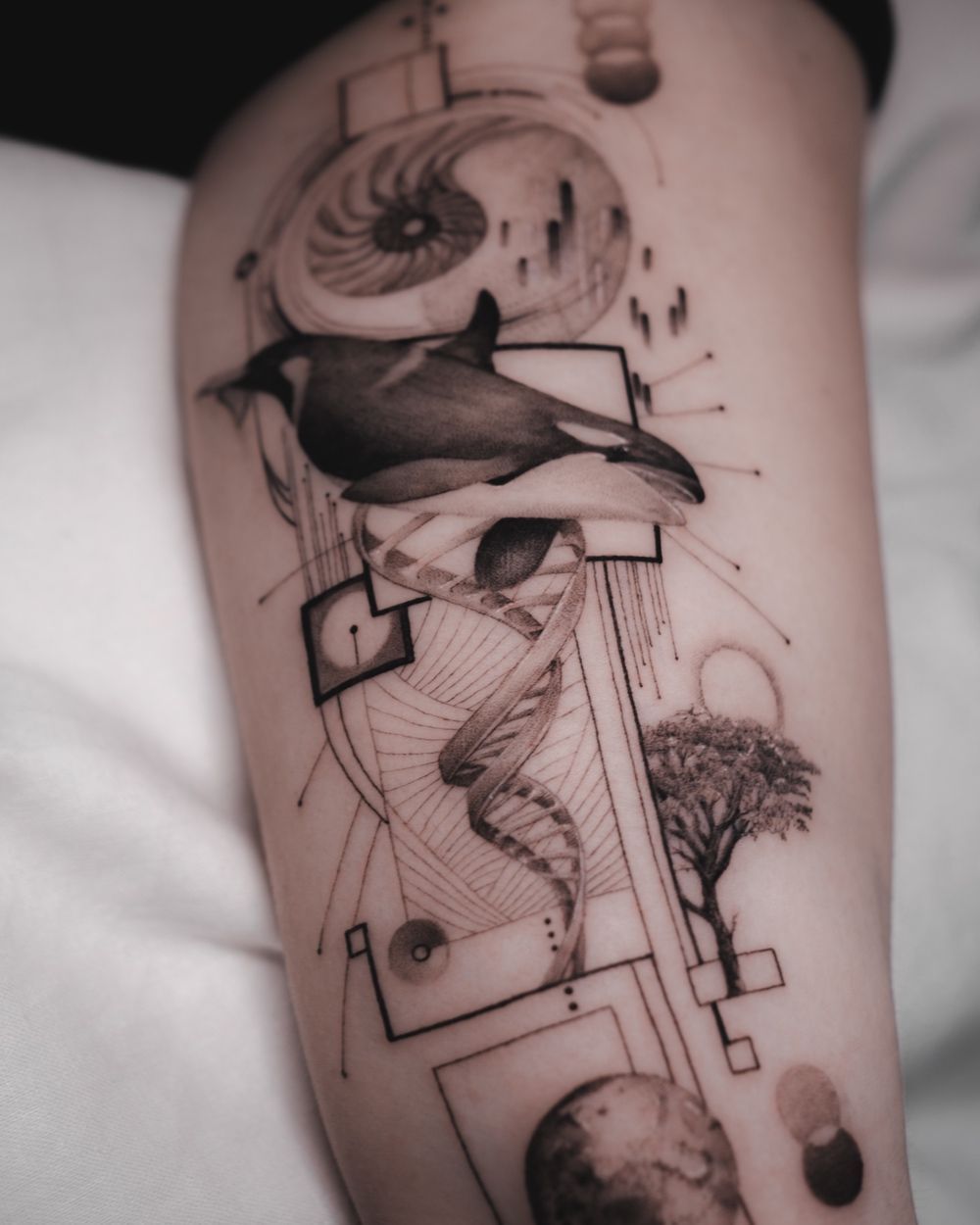 Raised by a mother and grandmother, Maxime Etienne is acutely aware of women's vulnerability to domestic violence and annually organizes several charitable fundraiser to help victims. 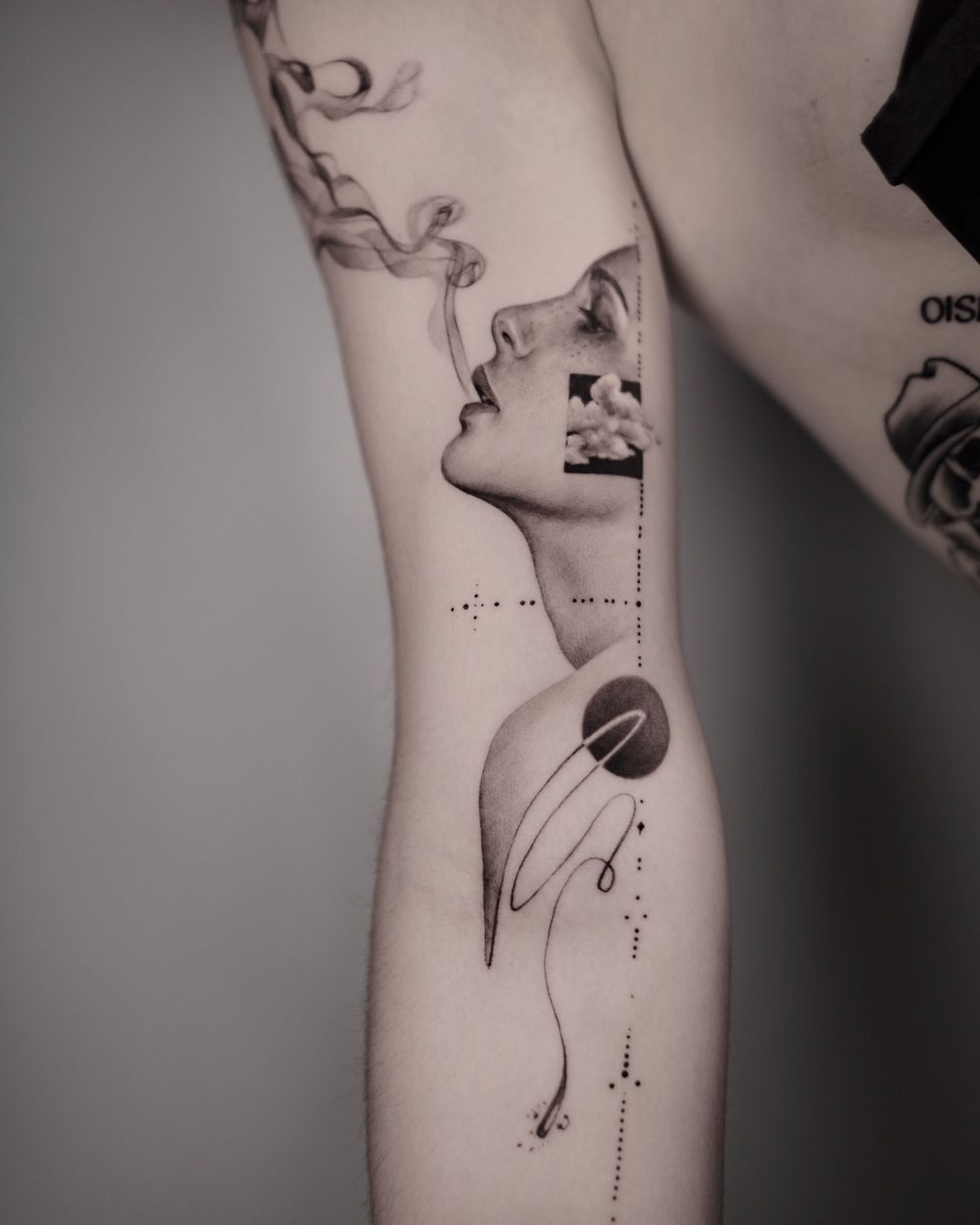 «Women are everything that made me who I am today. Domestic violence on children and women is something I really want to fight. Doing a tattoo fundraiser isn't only for the money, but to reach people that might be in need. Social media platforms are powerful, so me doing a tattoo fundraiser post and stories might push other artists to do so.» - says Maxime. 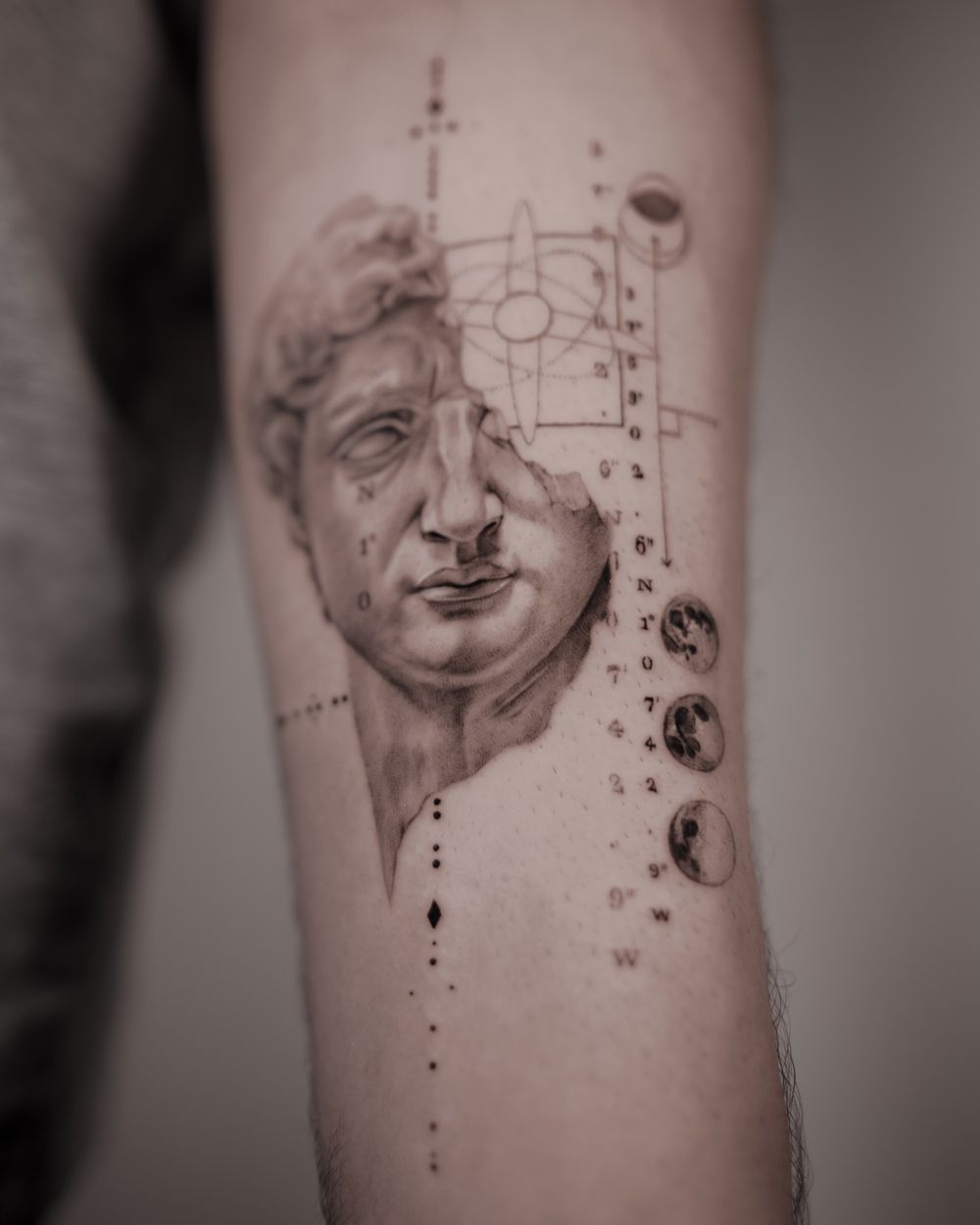 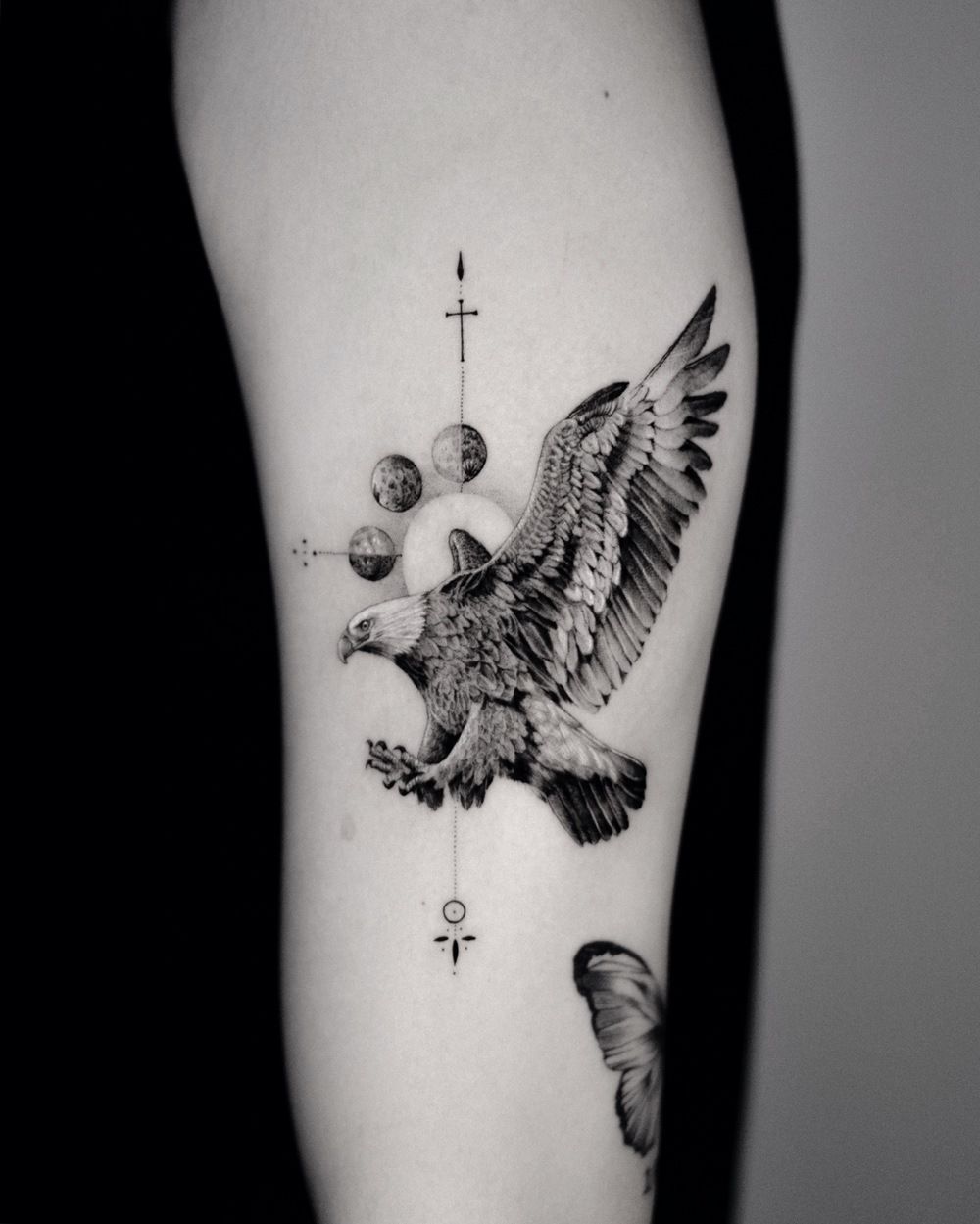 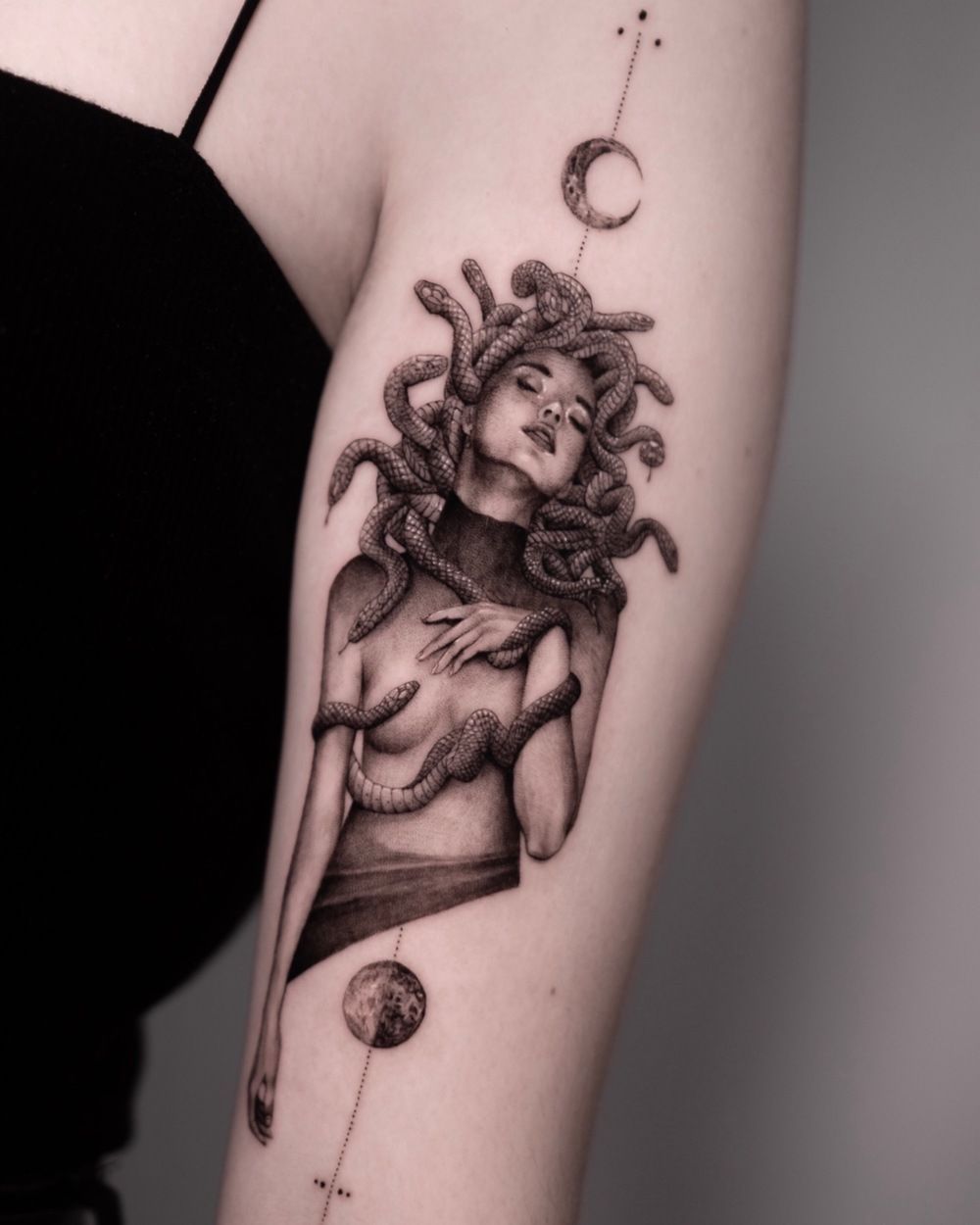 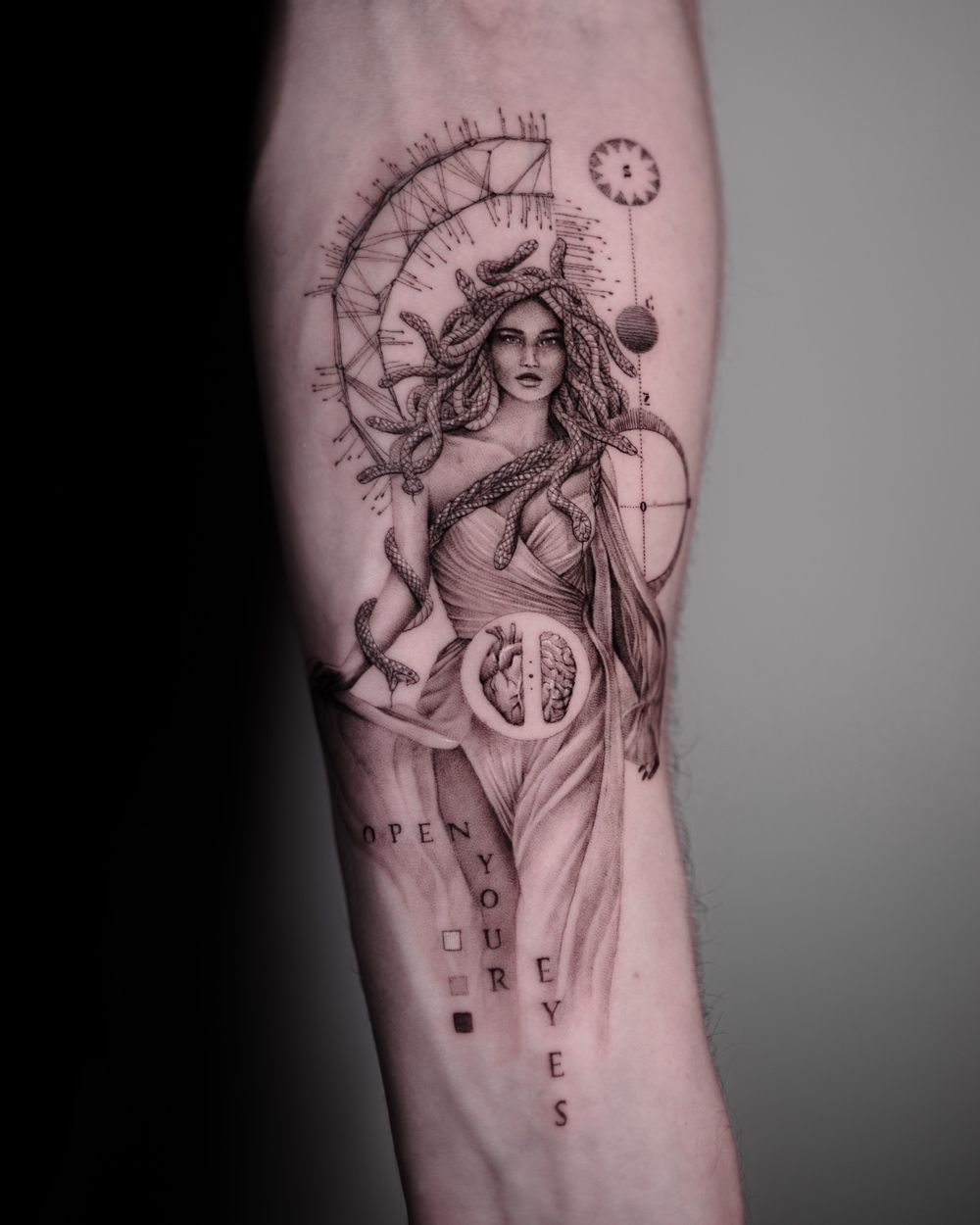 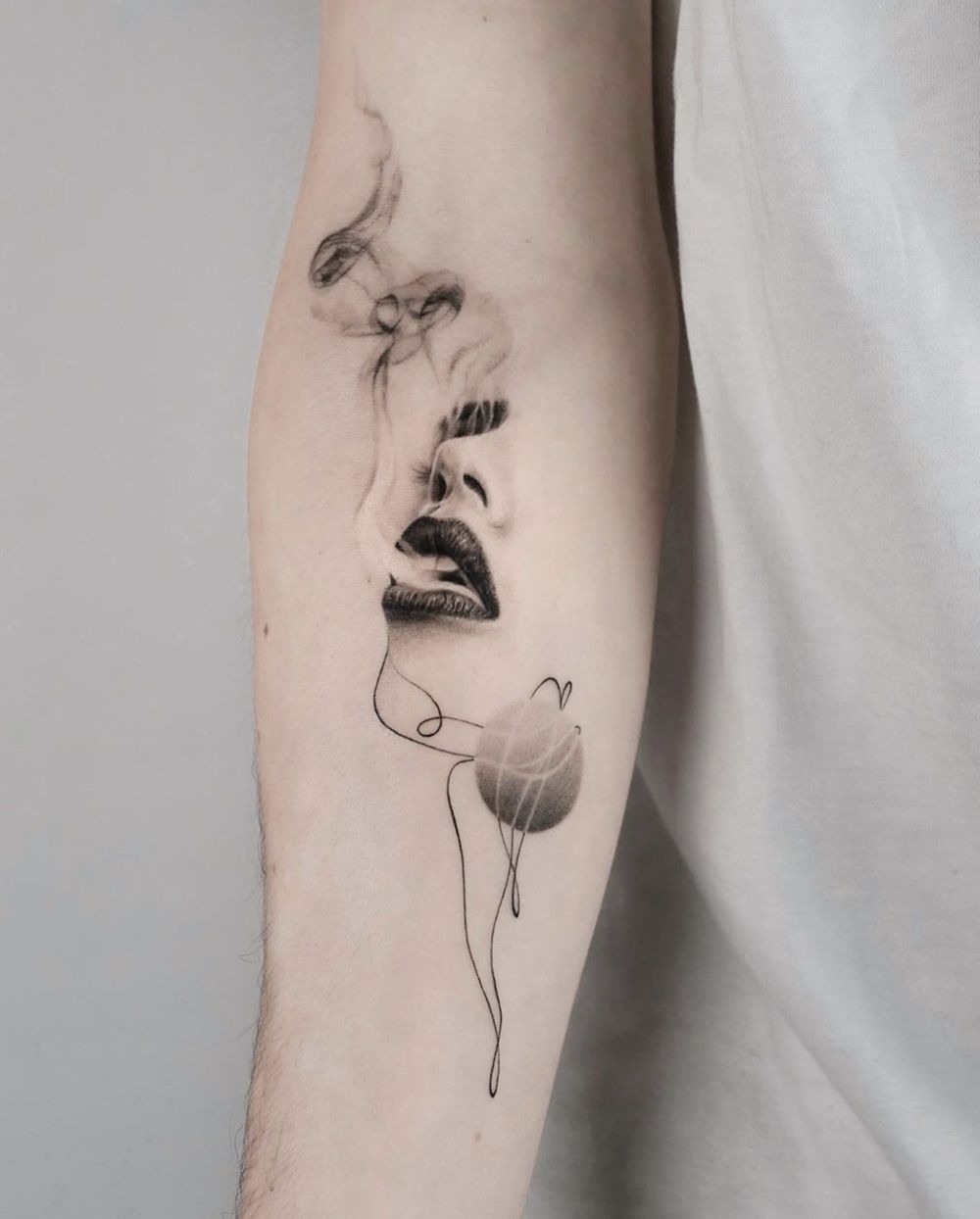 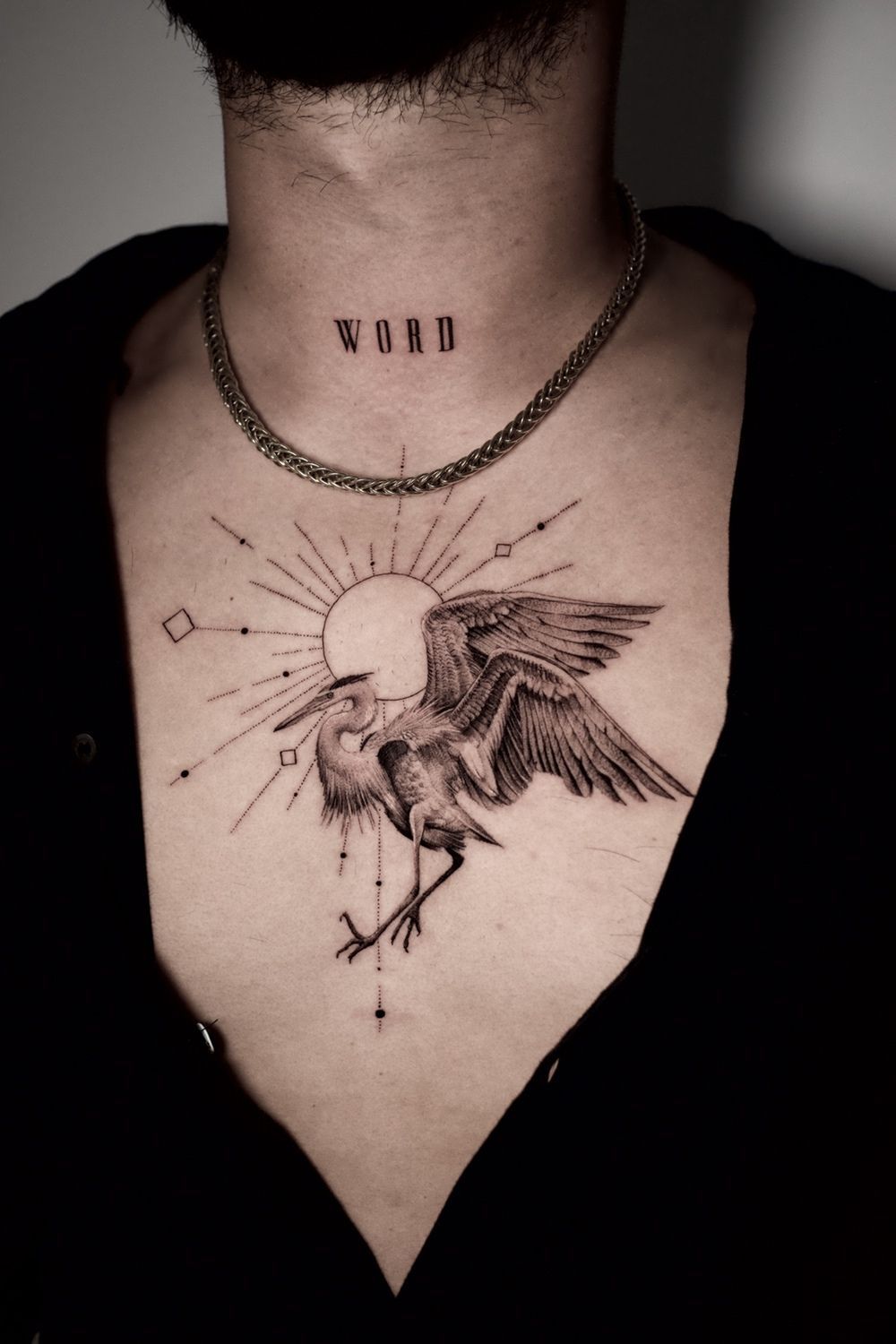 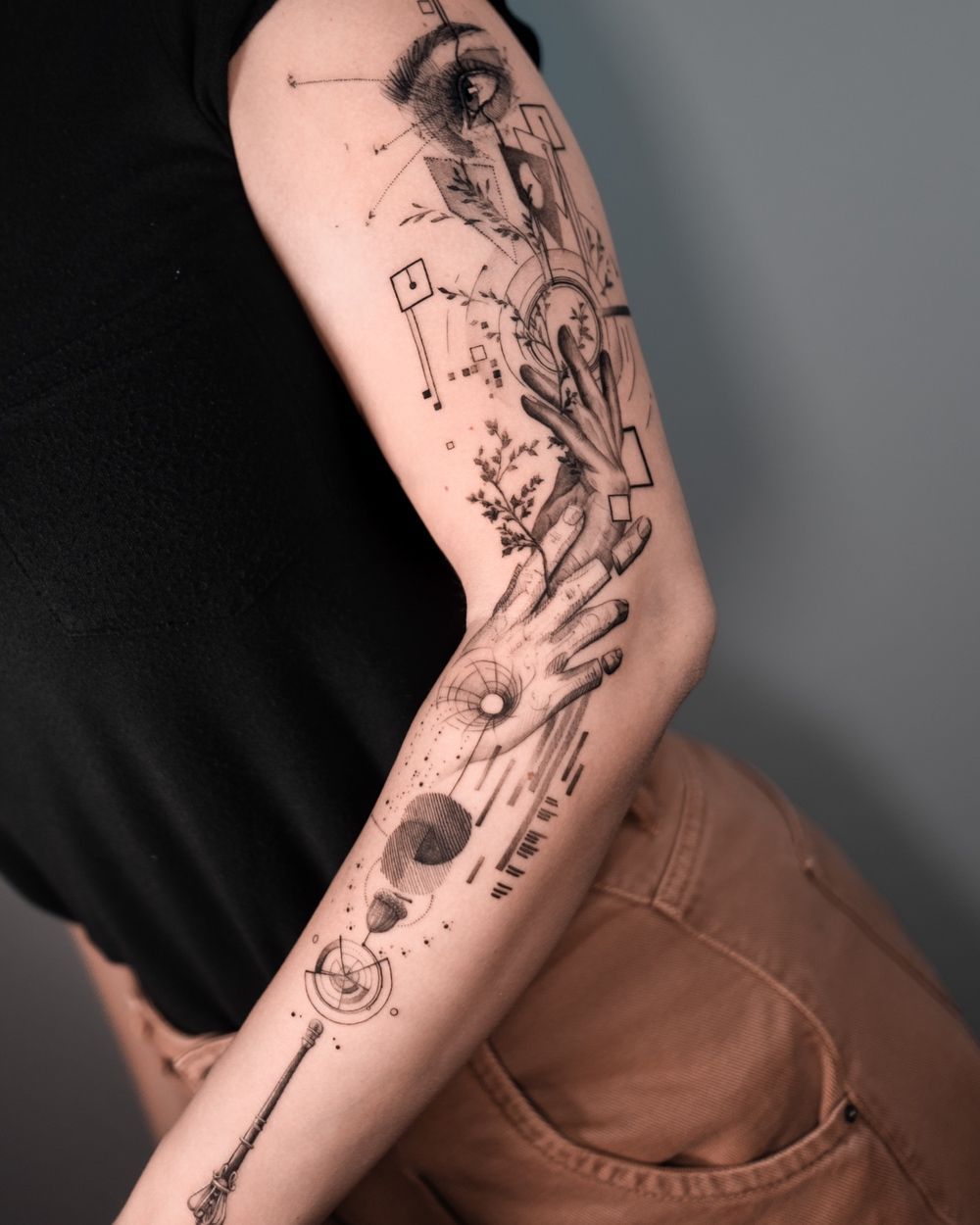