Today we have prepared a short story about a tattoo artist with a really non-standard and very interesting background even for a Russian tattooist.

Lika Smertin came into a tattoo quite by accident, when his friend from MHPU them. Kalinina decided to show how tattoos are made, and then she took up his training. 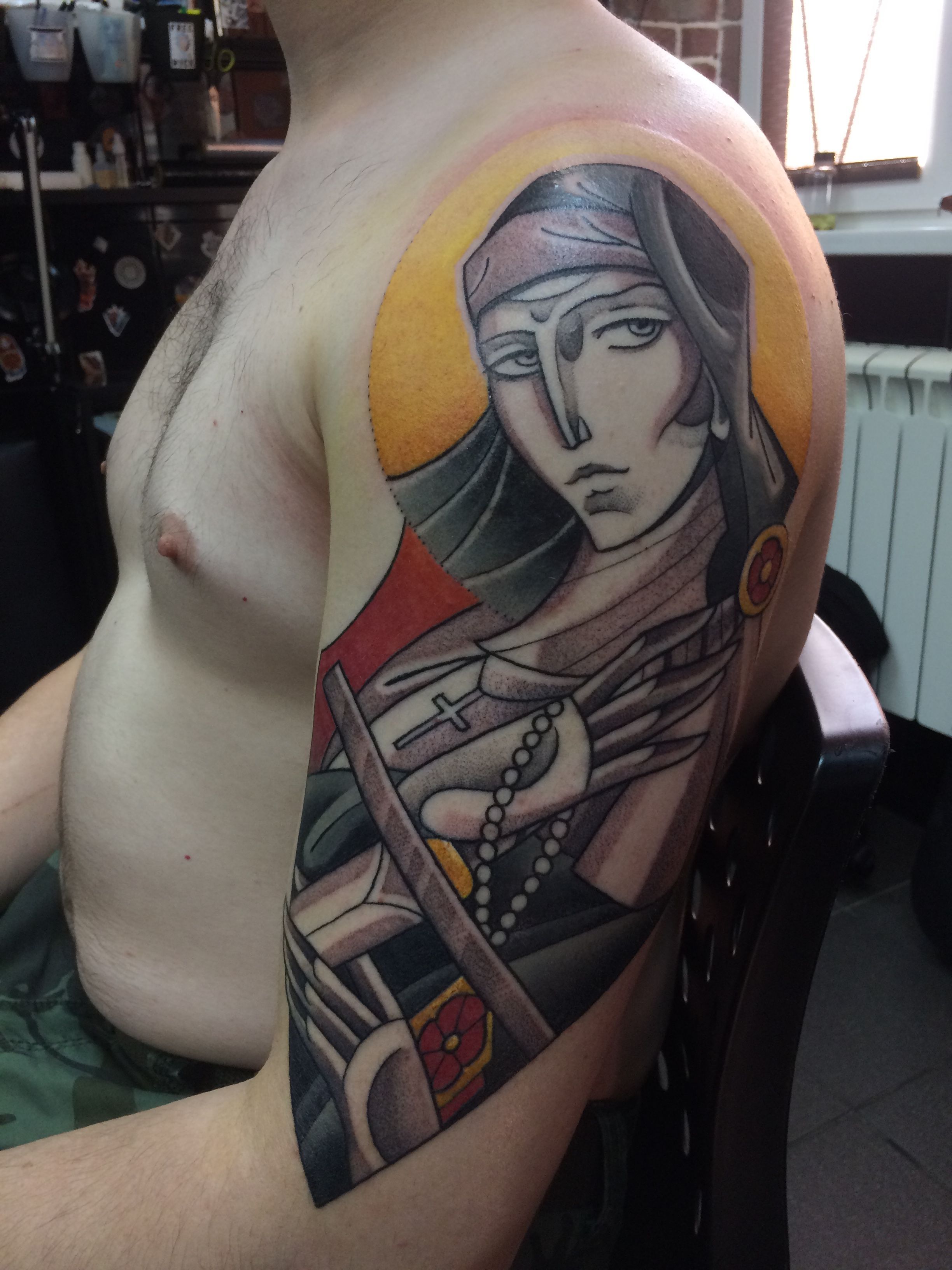 Despite his rather late arrival in the field of tattooing, he already possessed the skills and honors diploma of an artist-master of ancient Russian painting of the 14-16 centuries, therefore he was not afraid at all of the difficulties that stop millions of people from starting a new activity.

Using the knowledge gained while working with icons, parsuna and frescoes, Lika believes that now is the best time to change the opinion of the world community about Russian tattoos. The criminal tattoo must give way to a more diverse cultural, ethnic and religious side. 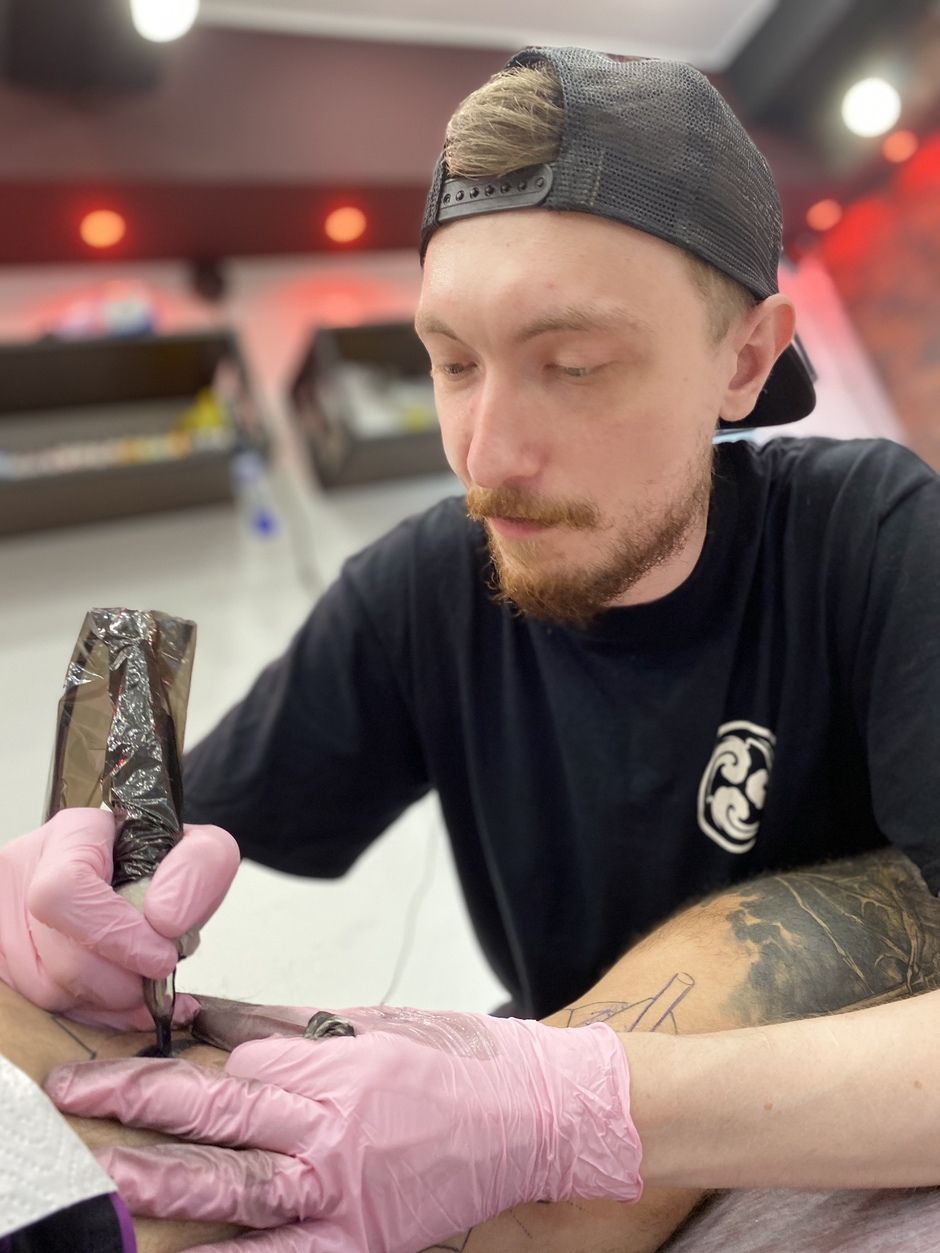 In his works, Lika tries to rely on the works of great artists such as Vrubel, Vasnetsov, Bilibin, Roerich, Nesterov, thereby promoting the Neo-Russian style, which is combining icon-painting style of images of faces, hands, textile, with plots based on modern realities, using the technique inherent in neo-traditional tattoo. 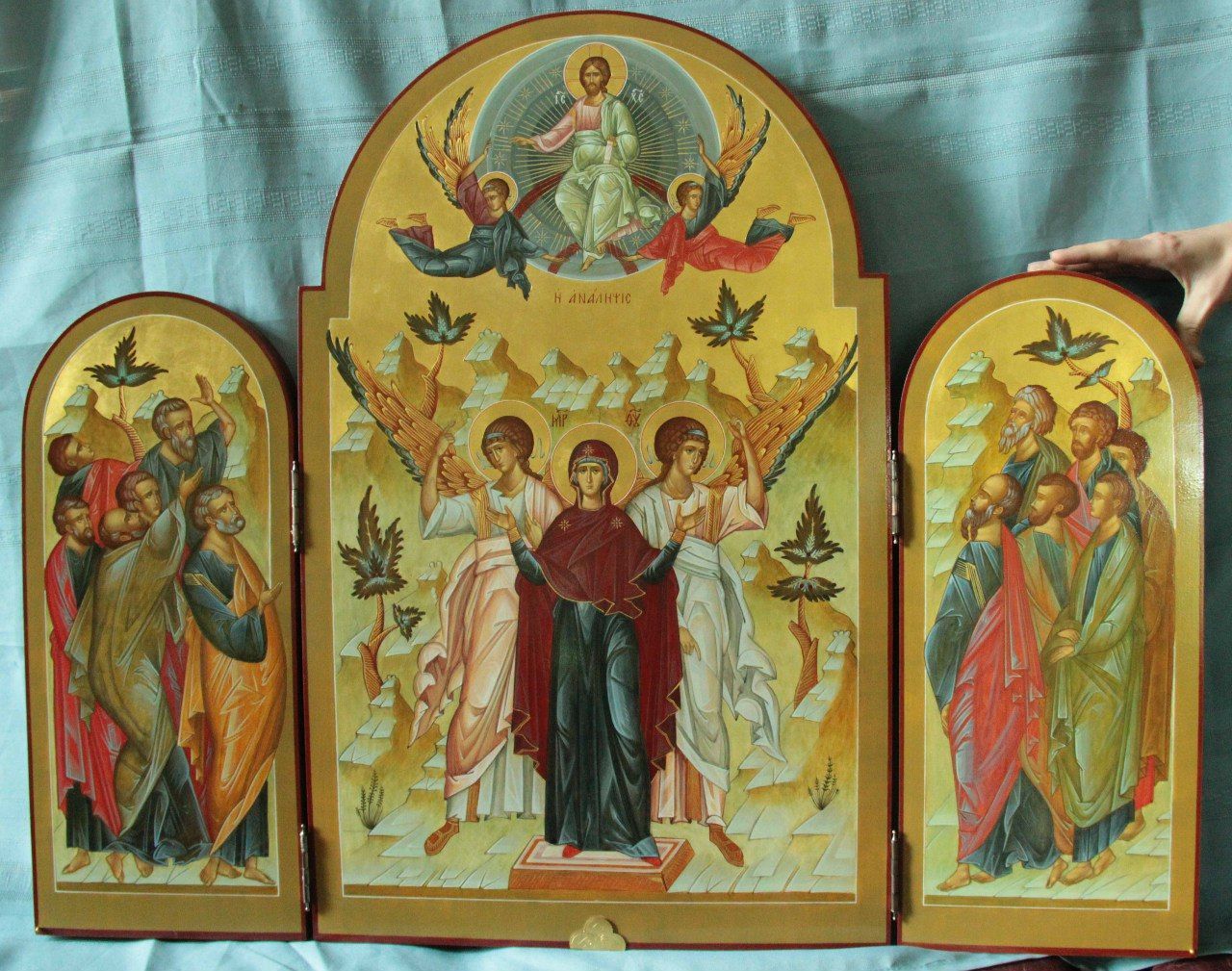 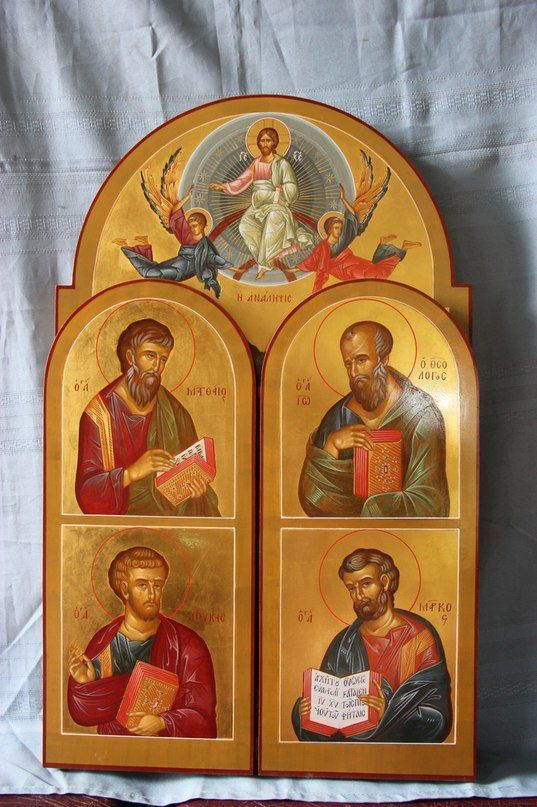 «I hope that soon the taboo on religious tattooing will go away, as happened in many enlightened countries of the world. I consider my task not only to create unusual author's tattoos, but also to show that a tattoo can go beyond the subculture, can rely on deeper things and become a full-fledged artistic object in art.» - says Lika 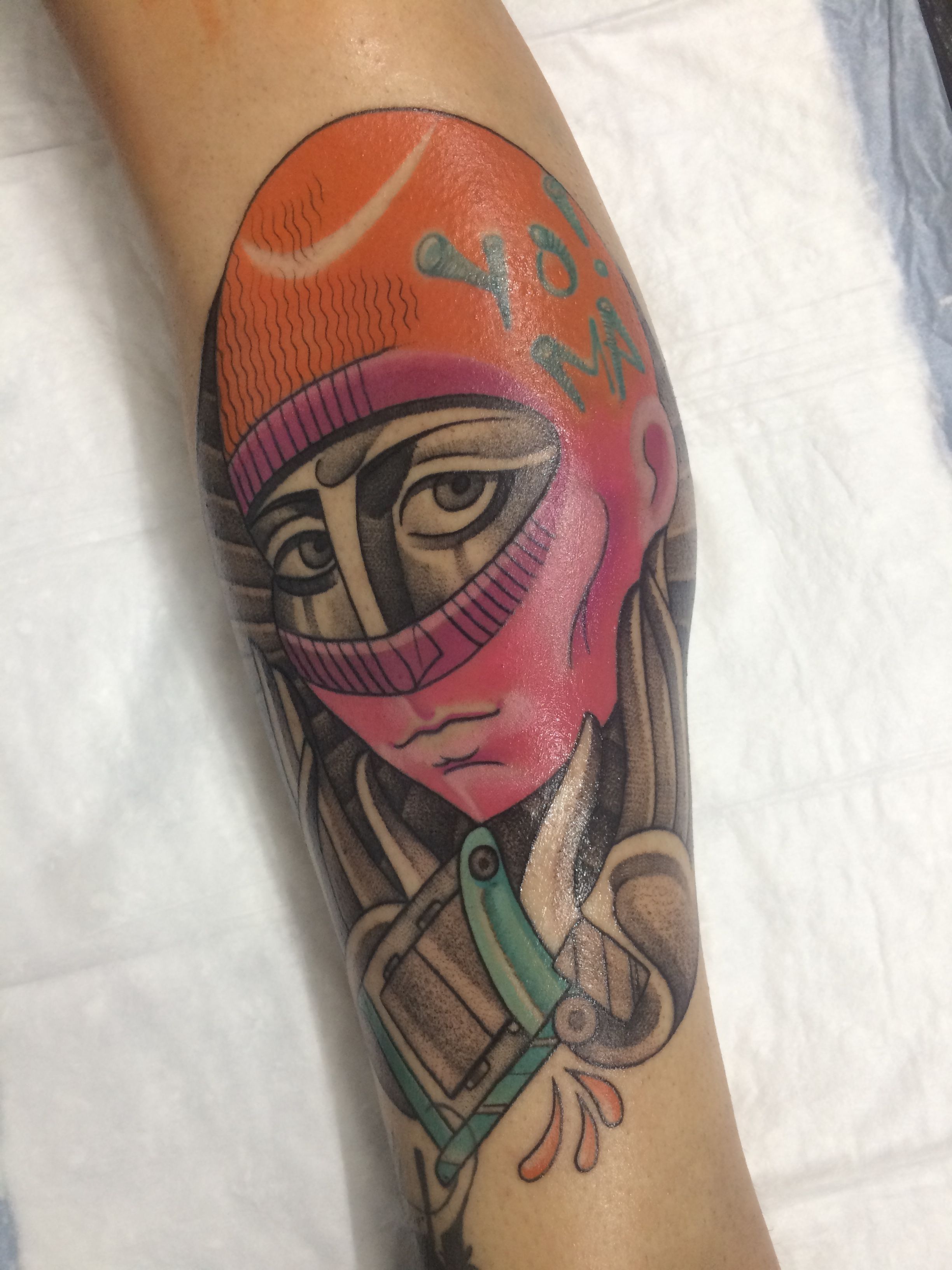 This approach allows you to get really unusual and original tattoos that can be in demand not only in Russia, but also around the world. After all, we all know how popular the Russian criminal tattoo is in Europe and the United States, and how mysterious the Russian soul is for a foreigner.

Now Lika Smertin works in Moscow, Russia and he is a member of Pro team of КРАСКА Tattoo Ink. 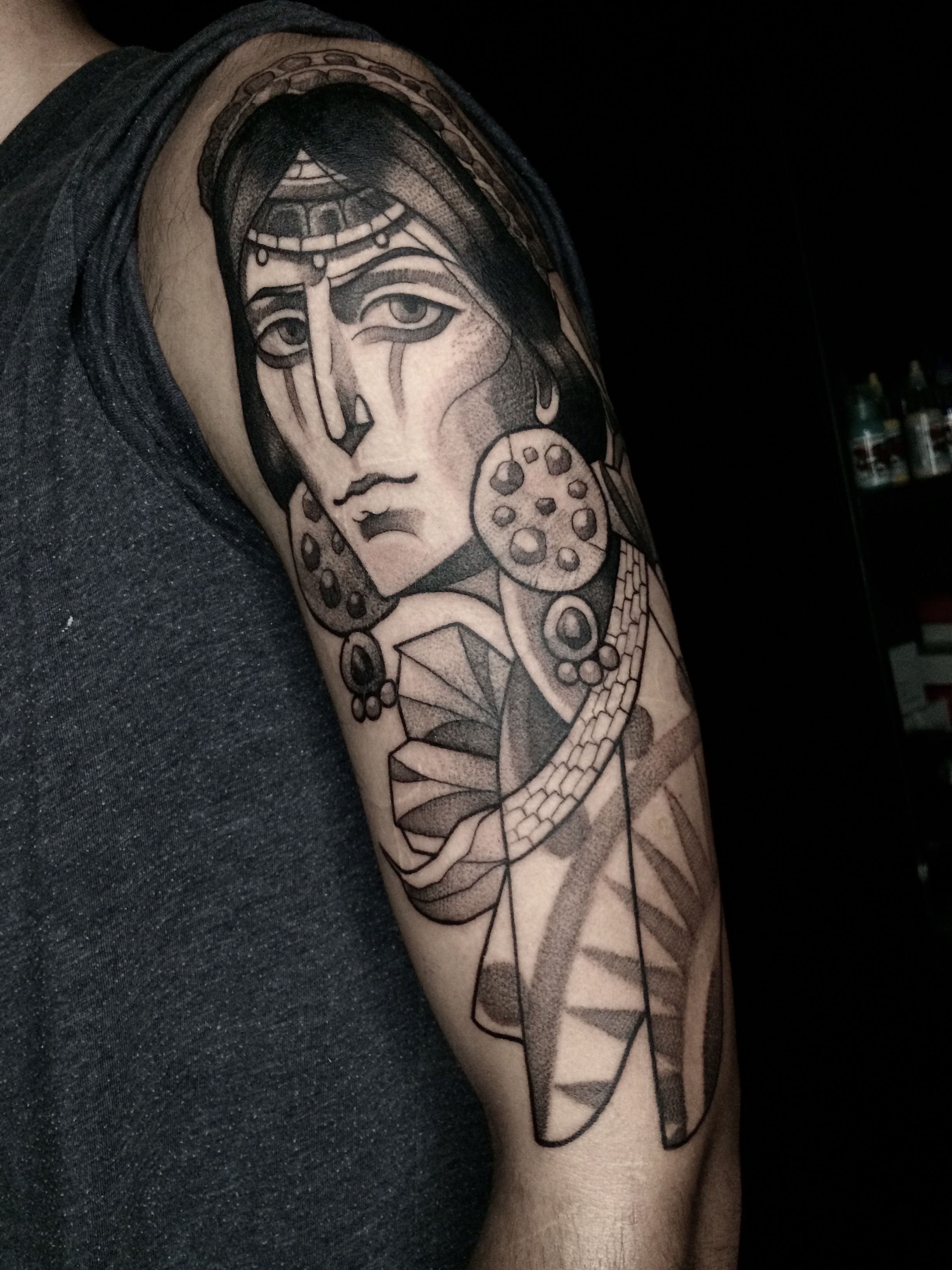 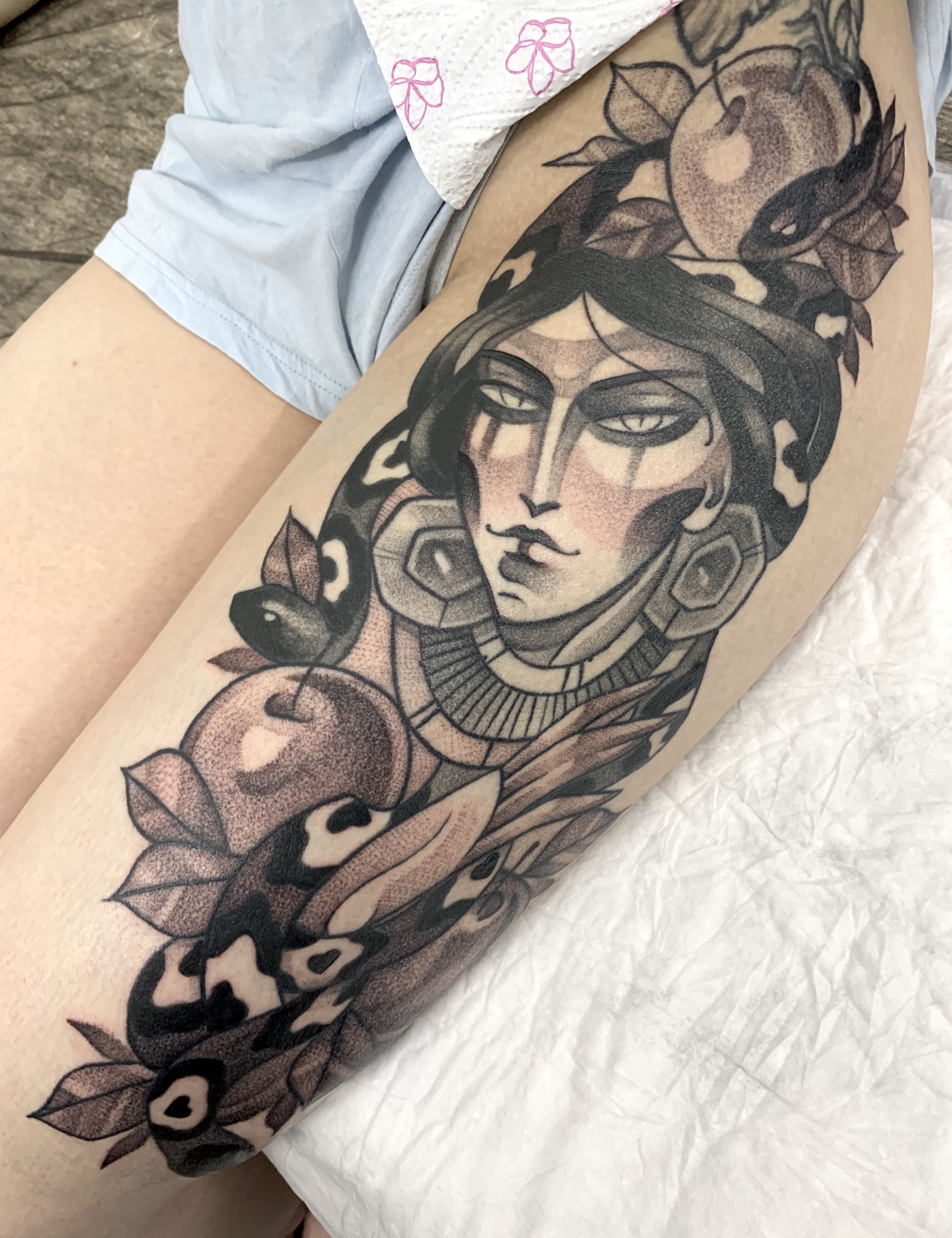 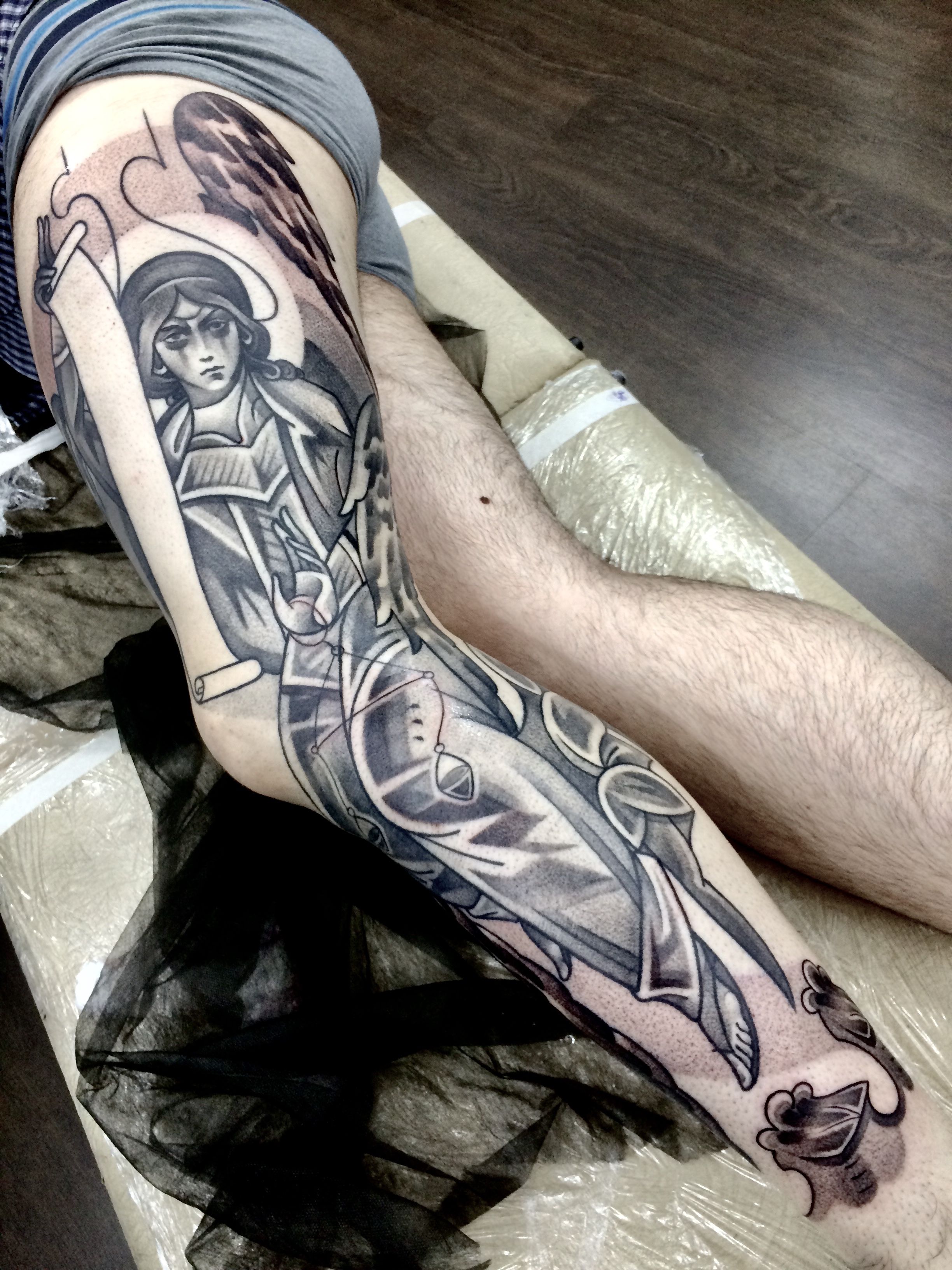 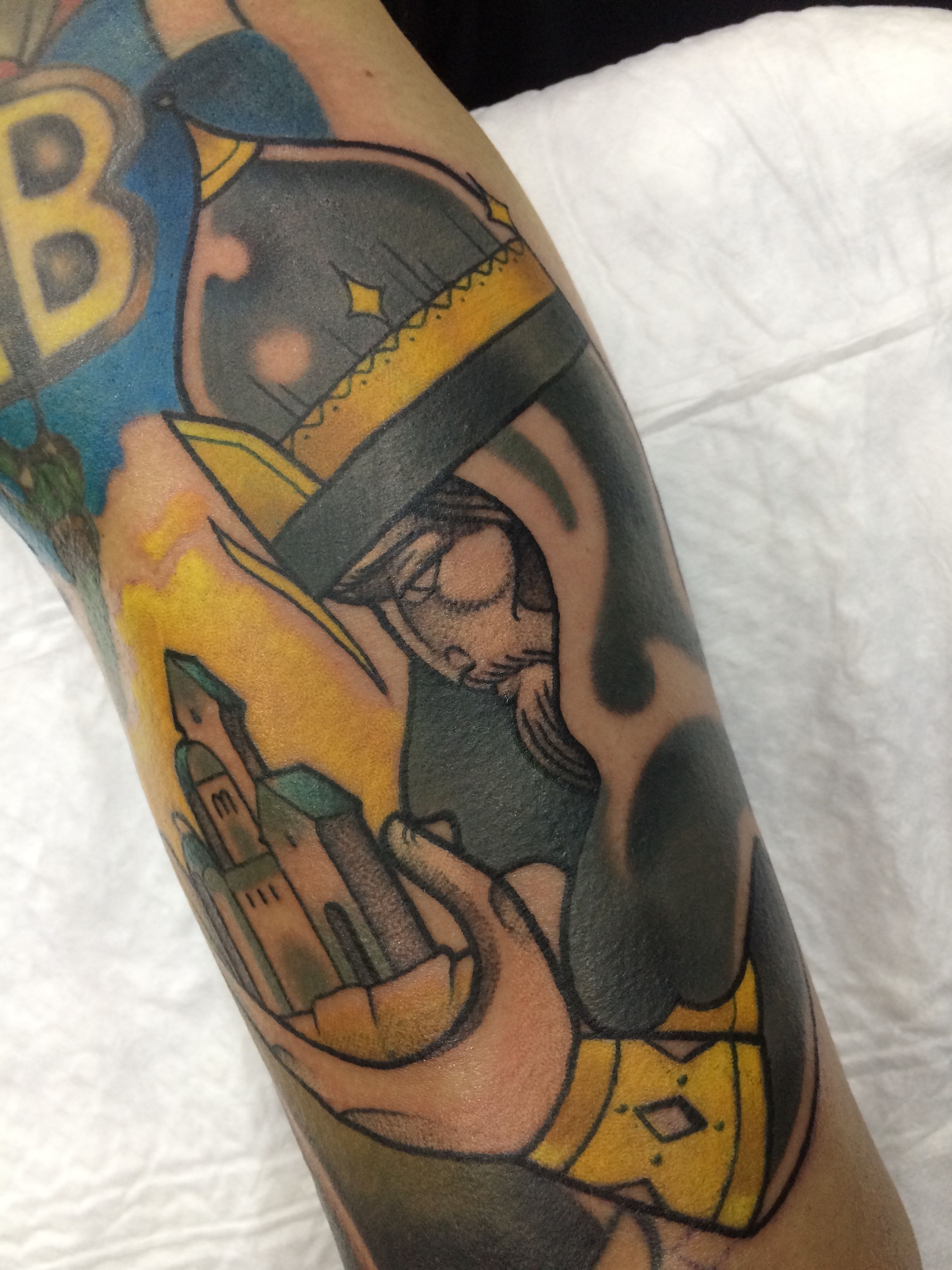