Reflection of the human soul in tattoos by Serena Caponera

As true fans of modern tattoos, we could not pass by truly outstanding Italian tattoo artist - Serena Caponera.

Several years have passed since the moment then I saw her tattoo works on Instagram in the first time, but the images of people with various familiar objects instead of heads will forever remain in my mind. 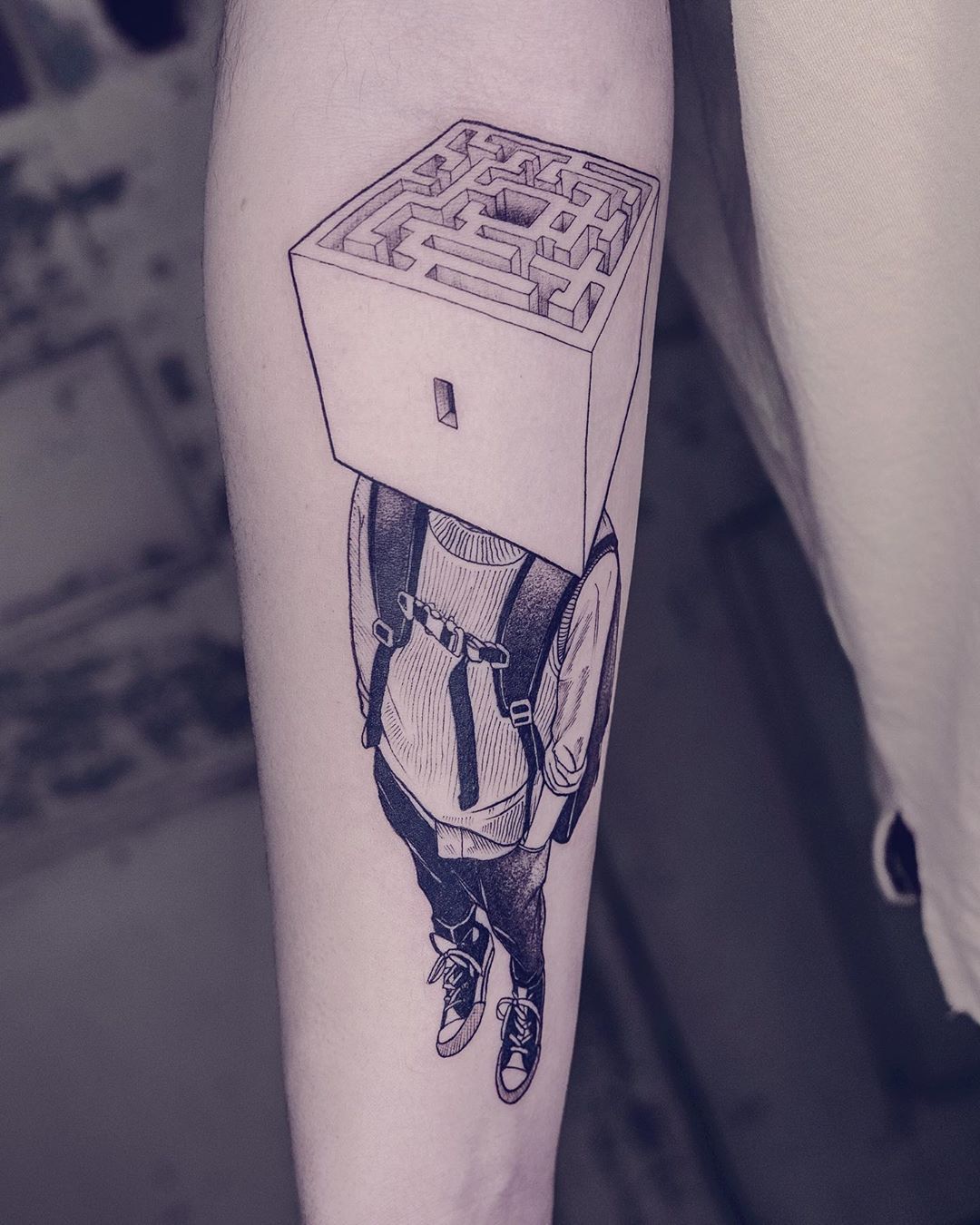 This metaphor in Serena's tattoos originated in 2013, when she practice tattooing at home on her father-in-law. This tattoo was based on the art of famous illustrator Dan Hillier, who often depicts people with animal heads. Later, in 2015, one of the clients approached her for a similar idea, but asked to portray a girl with a Rubik's cube instead of a head.

Serena liked this idea, and later it acquired the scale of a full-fledged creative project «Little Soul», within the framework of which she conveys various thoughts of people in tattoo. This project has already covered the entire globe, because everyone in our world has something on their mind. 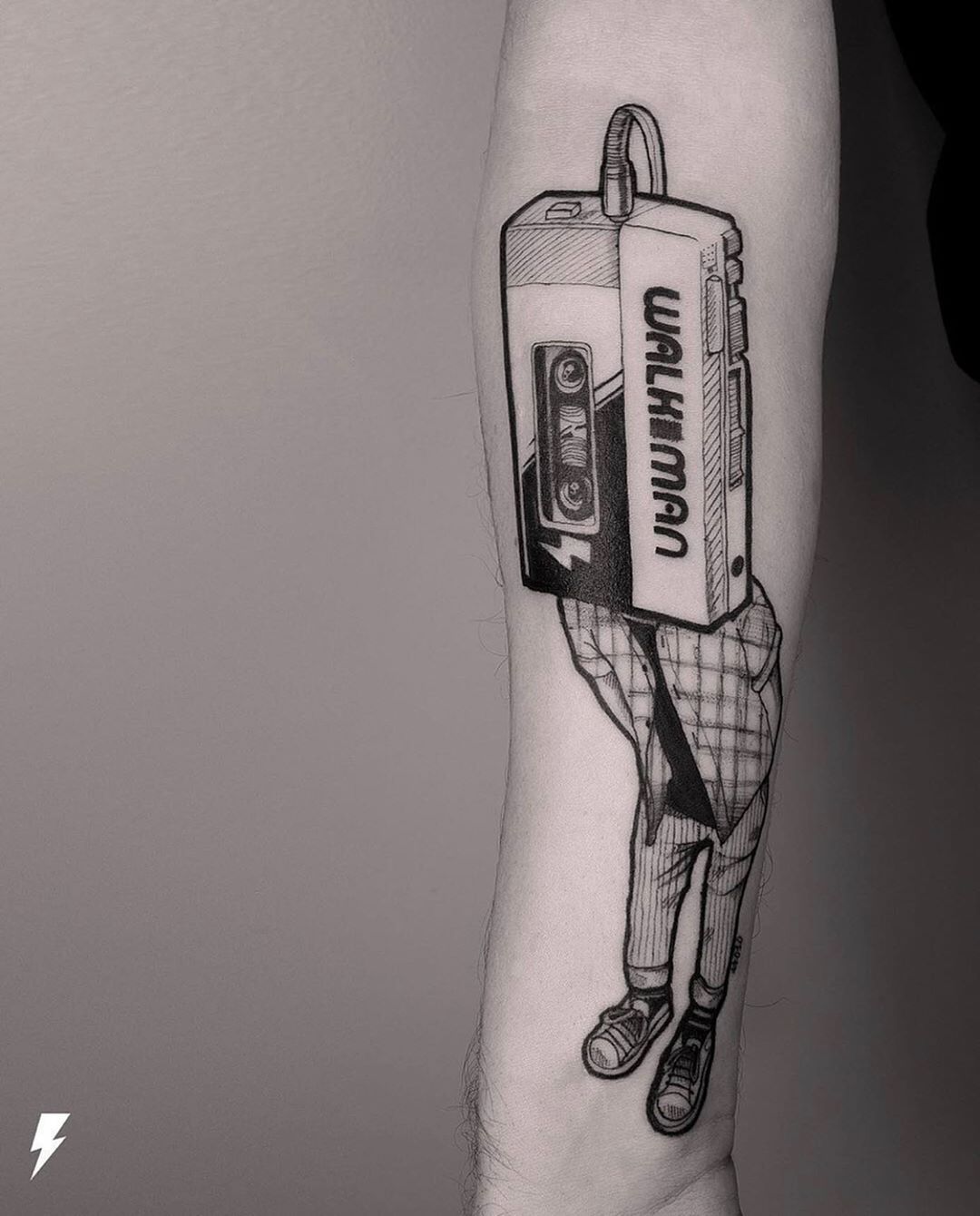 As for the technical execution, Serena prefers black-and-gray graphics, linework and some sketching technique, which gives tattoo a certain romanticism inherent of drawings in school notebooks. 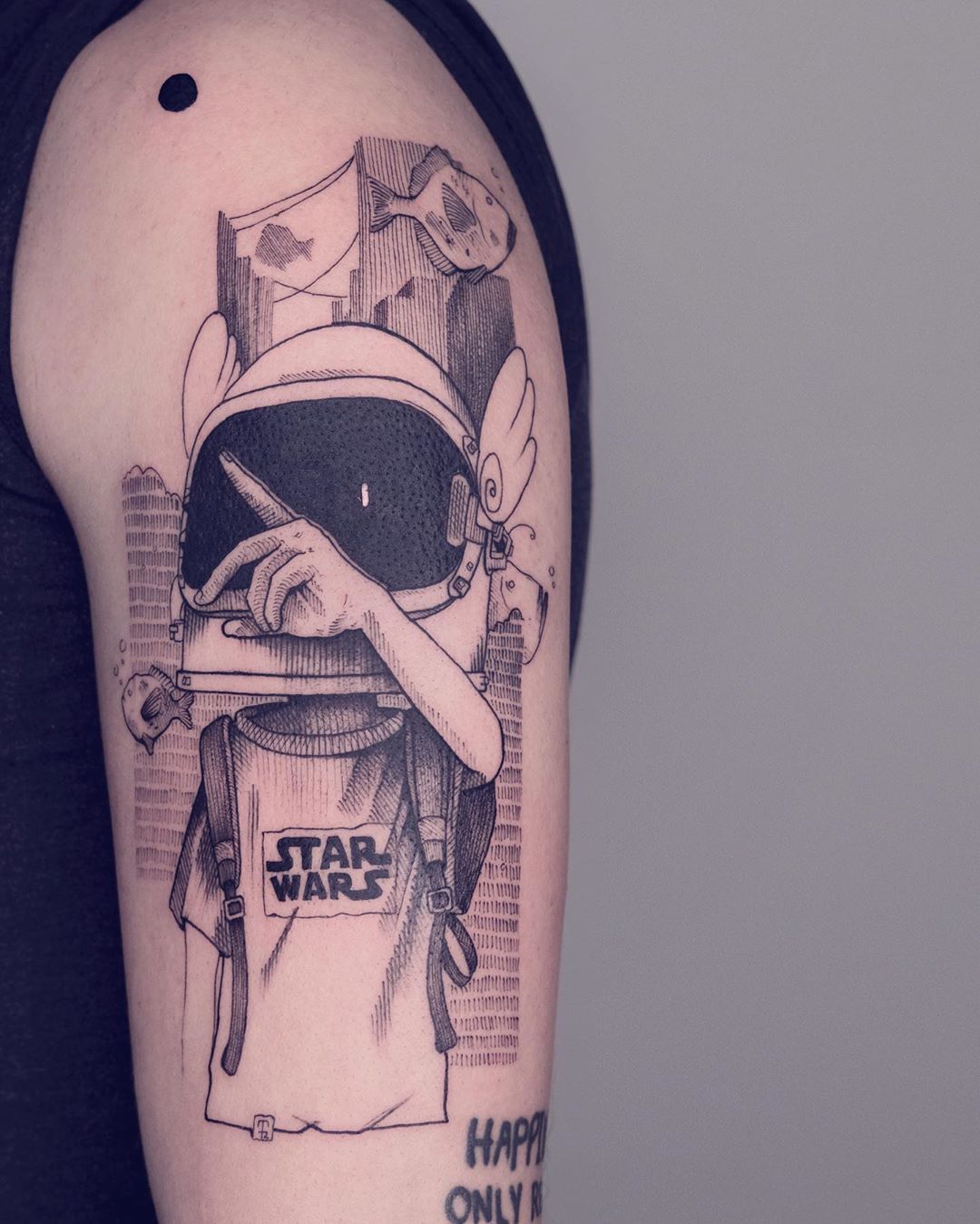 «Many tell me that my style is immediately recognizable, I honestly do not know this thing, I cannot recognize it as a style, for me it is an interpretation of an idea, the vision of a moment that starts when the client tells me his idea. I can't explain the process, the style I use is only the means to tell the image I have in my head.»

The works of Serena Caponera are really unusual, memorable, «bright» in their black and gray performance and saturated with a real anthropological study of the human nature.

Even if you're not a tattoo fan at all, you should see Serena's work. Believe me, after this dive, you can easily change your mind about the tattoo. 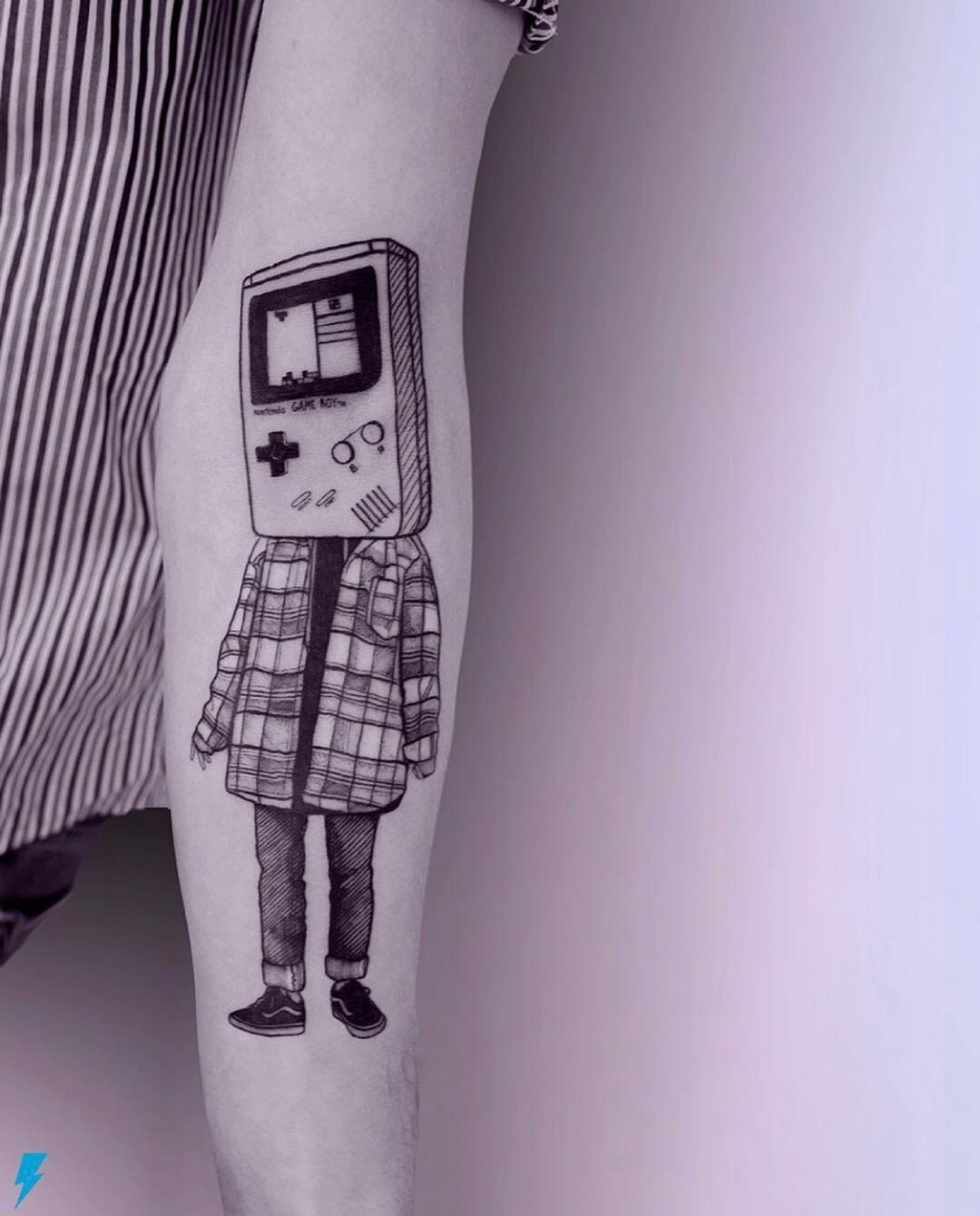 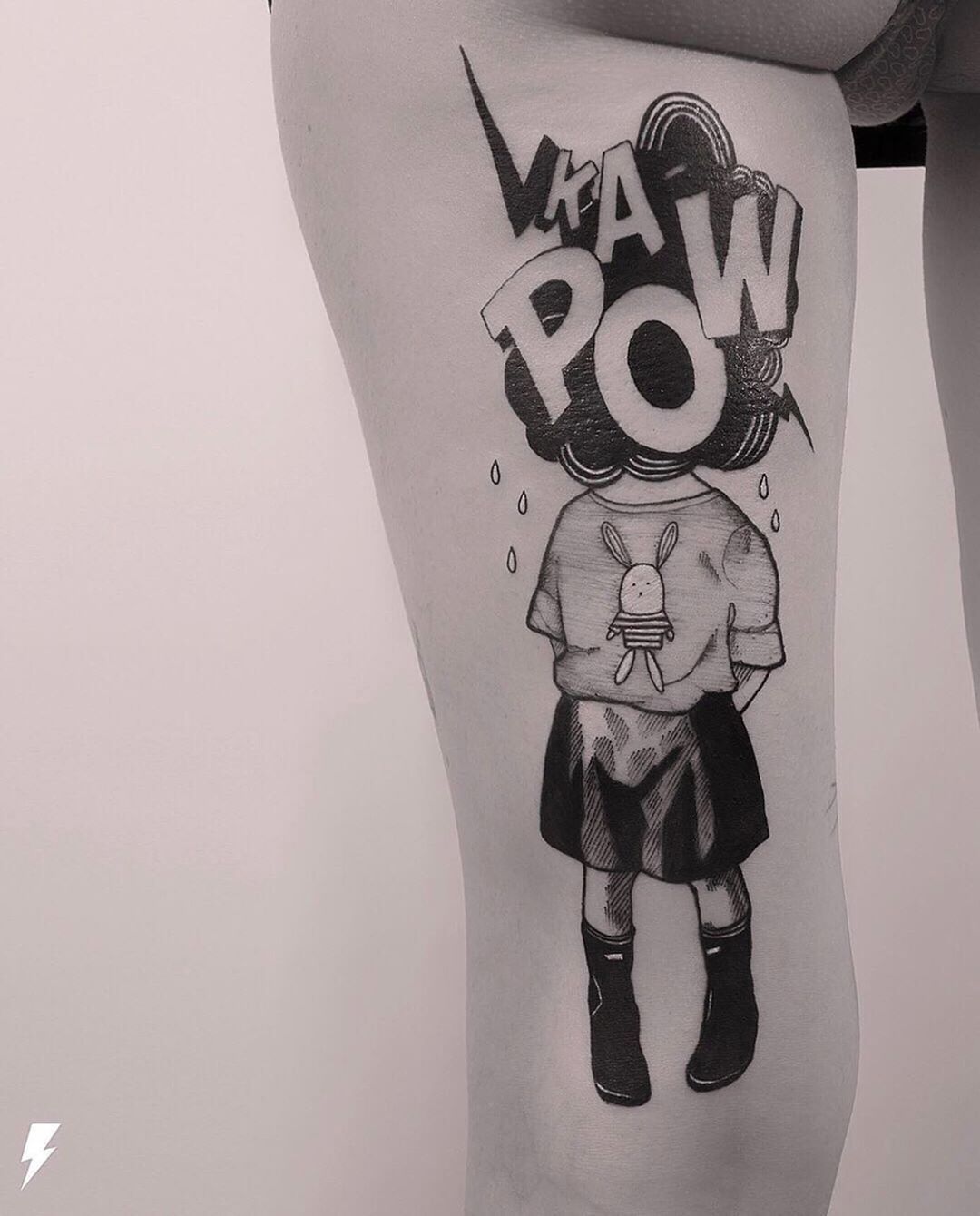 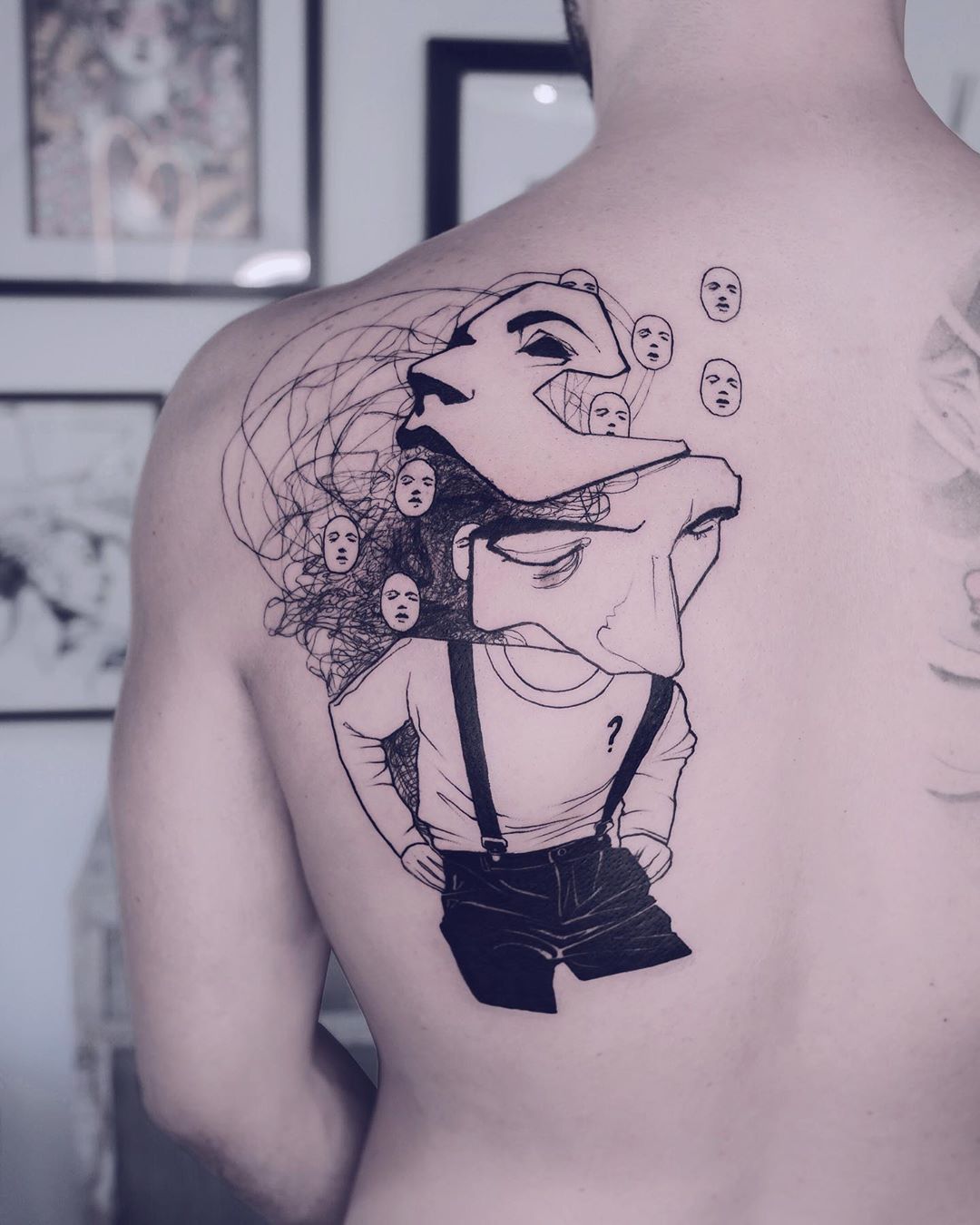 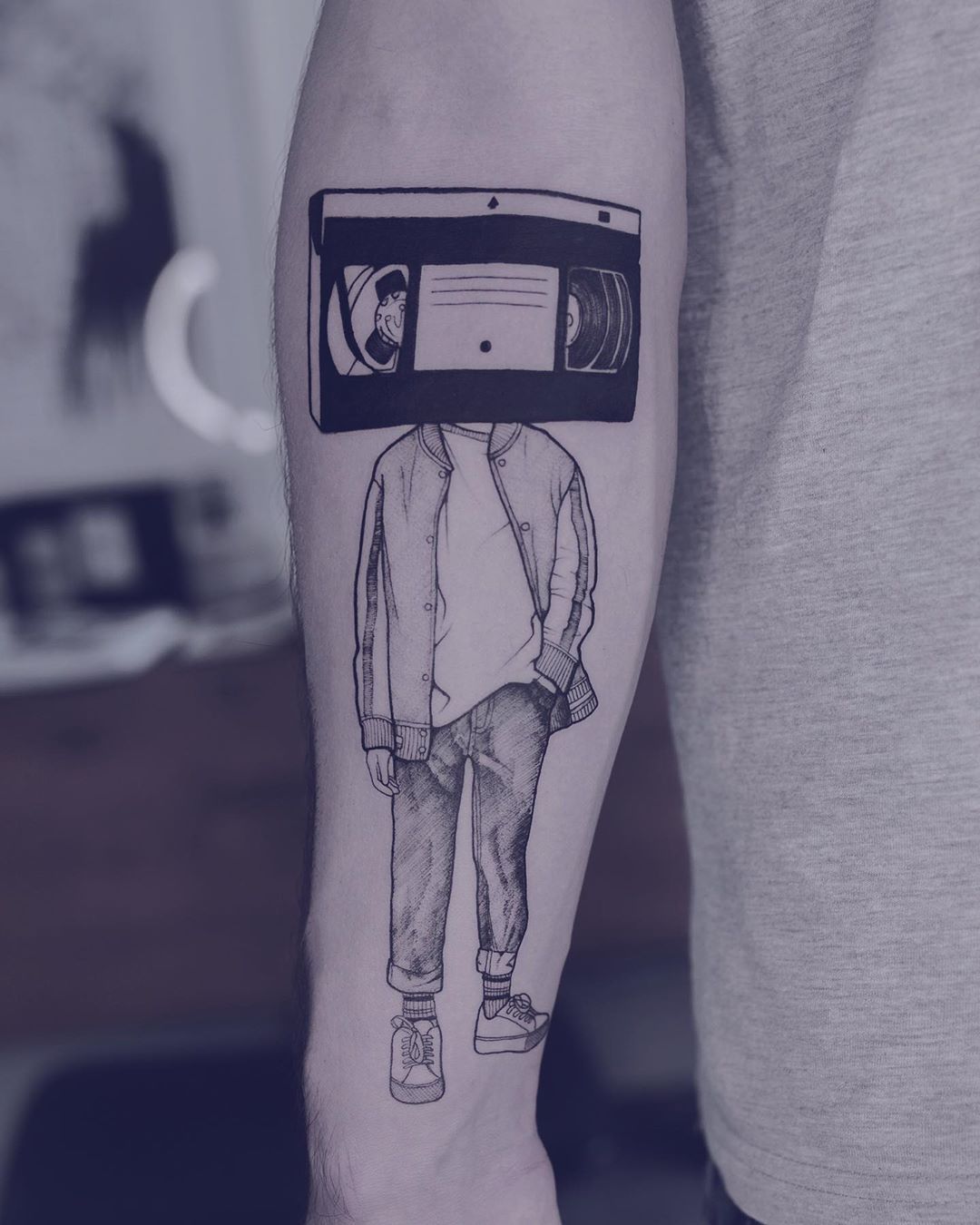 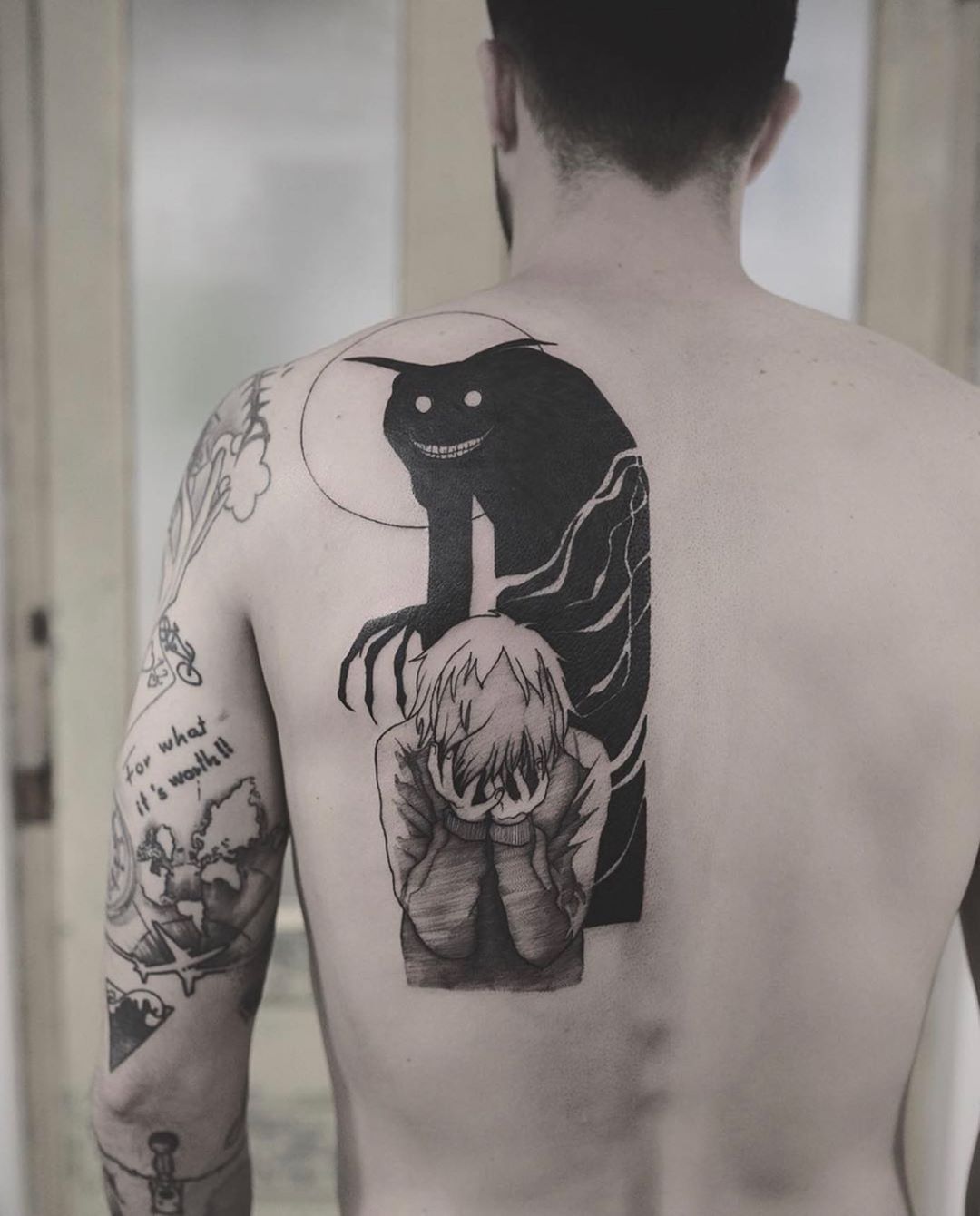 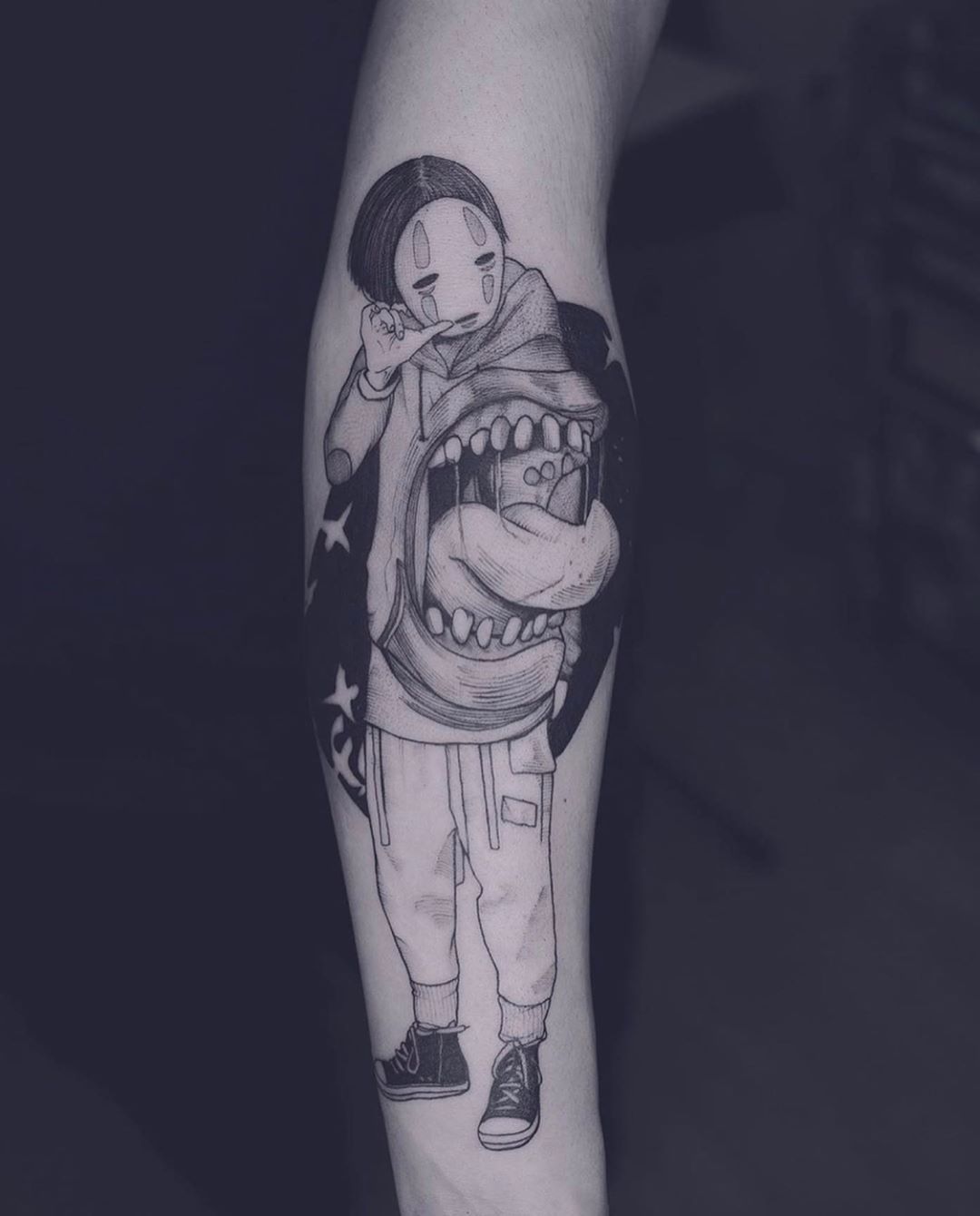 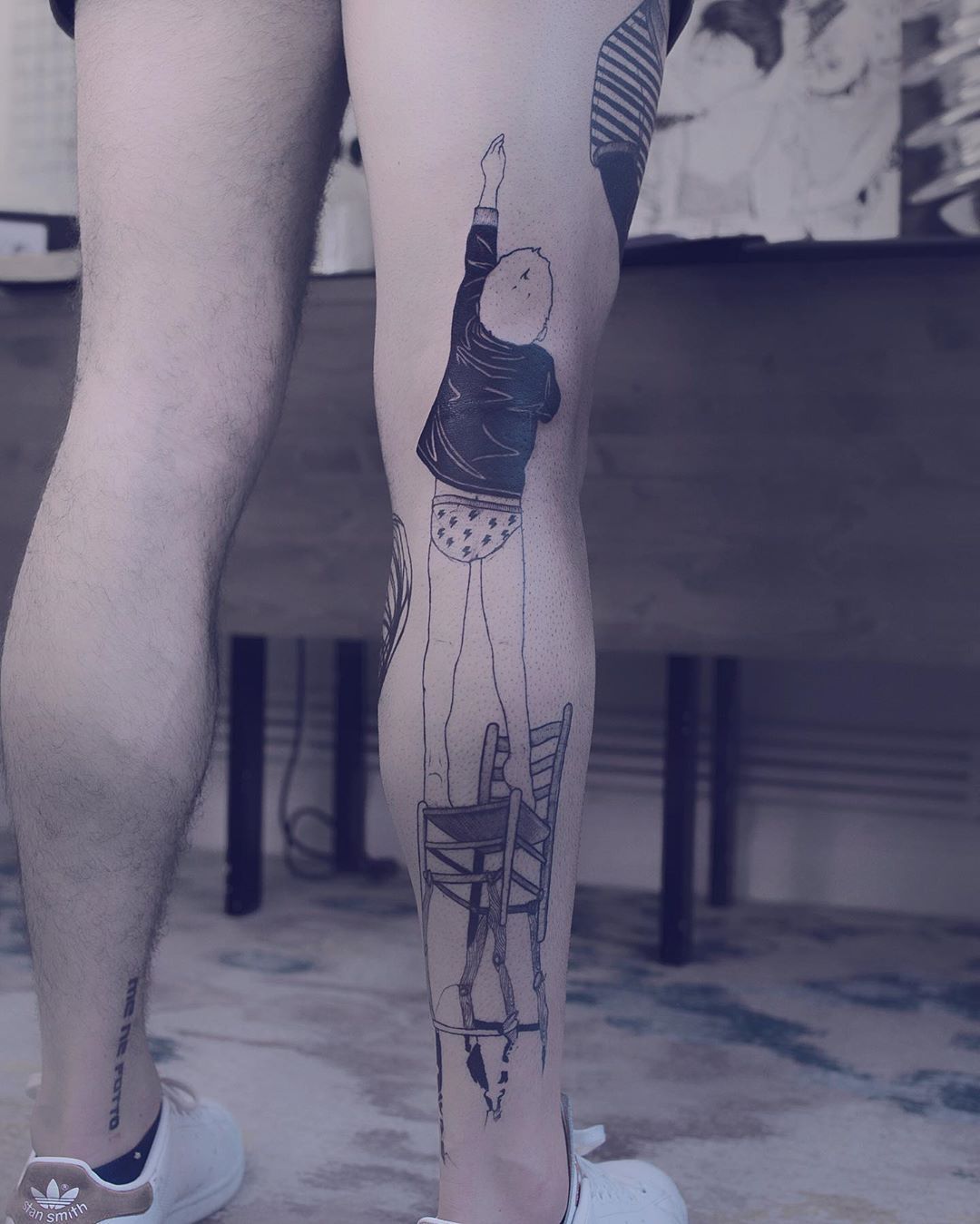 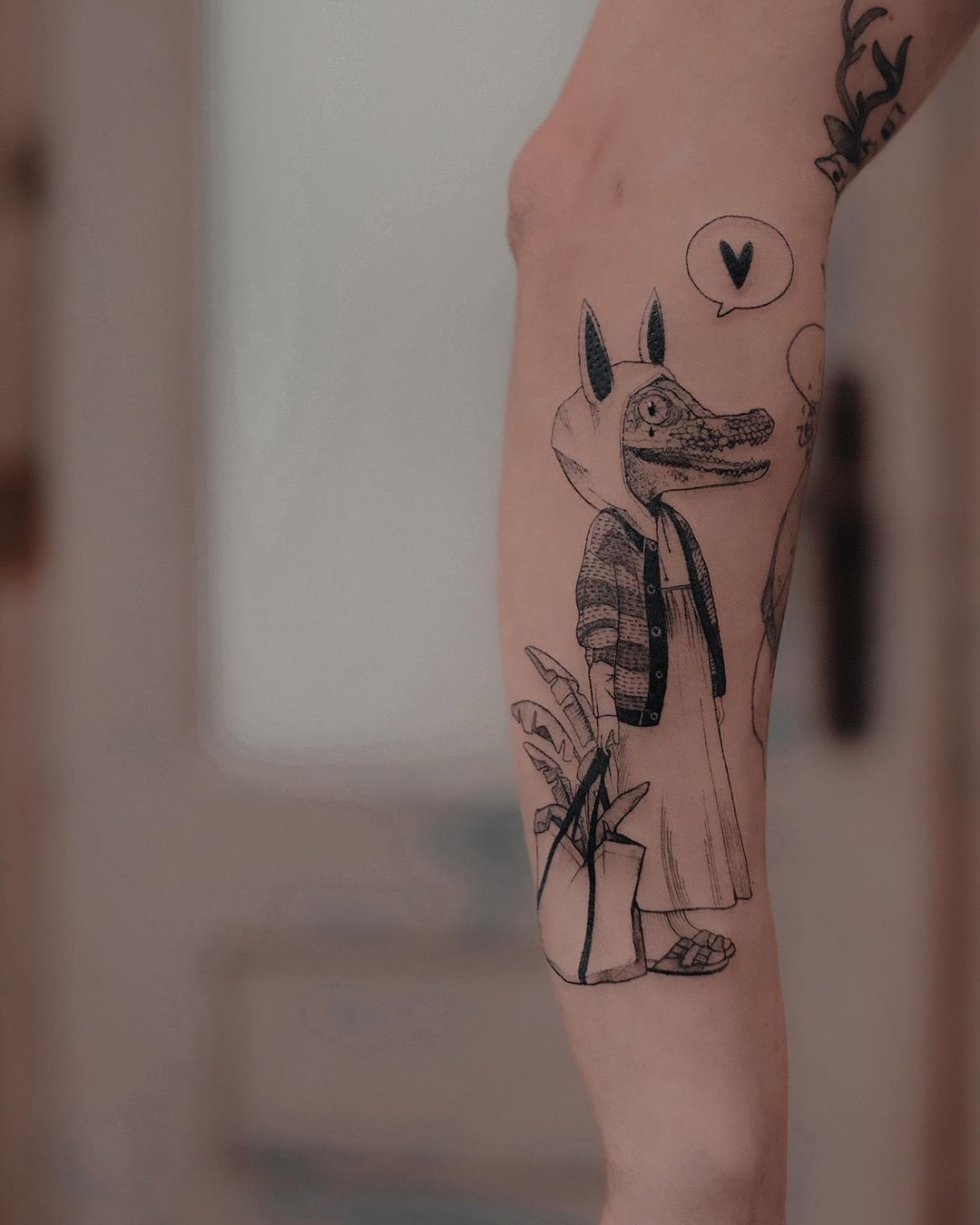 Text Andrew Novikov
TattooArtist, AuthorsStyle, Graphic, ContemporaryArt
Share:
Previous
Next
It will be interesting too