Neo traditional tattoo in modern times is going through a moment when the prefix «neo» is no longer an indicator of a novelty of a style, however, the artists of this direction still have something to surprise even the most demanding collectors. 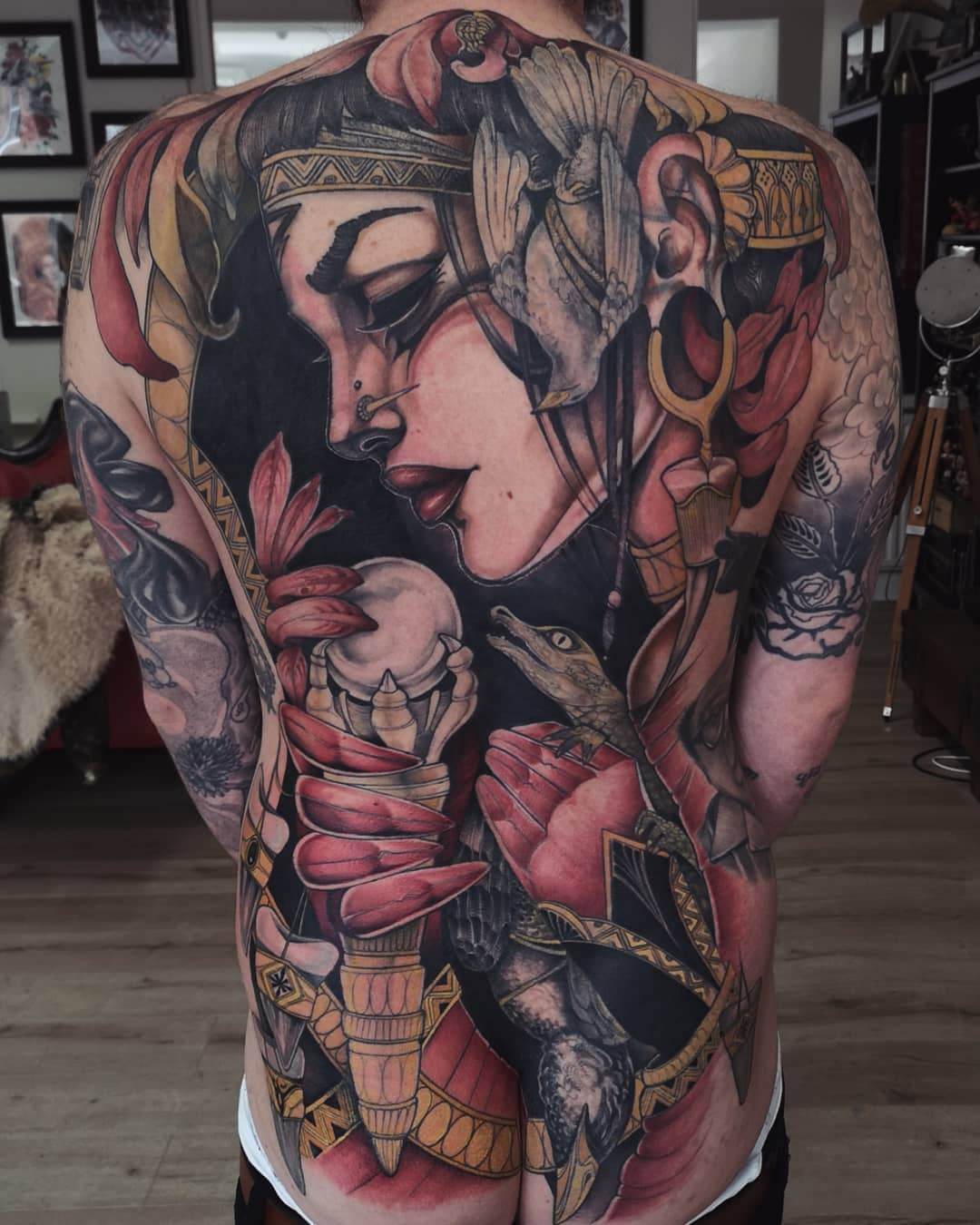 Today, neo tradition in tattoo is a beautiful, large-scale work, verified to the smallest detail, with a contour base that preserves the integrity and readability of the image for many years, non-trivial plots and technical experiments of artists. 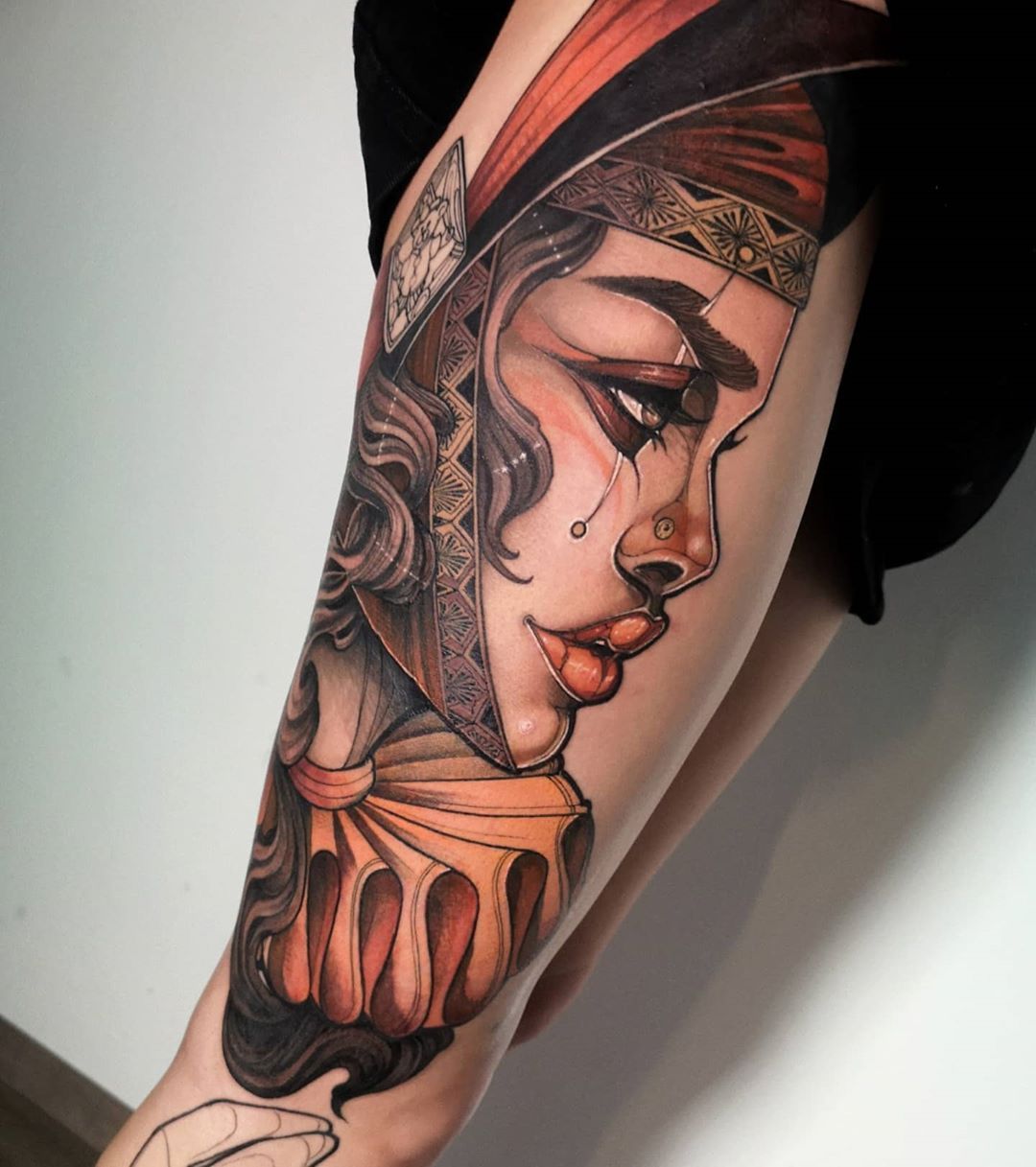 Isabella Chiara Filouino, better known as Filouino, half Italian, half German, easily shows that Neo traditional tattoo is not going to give up its position on the tattoo scene. Despite the fact that Isabella’s career is not as long as that of many famous tattooists and has only 4 years of professional practice, in this short time she managed to get into the TOP of fans of neo traditional tattoos around the world. 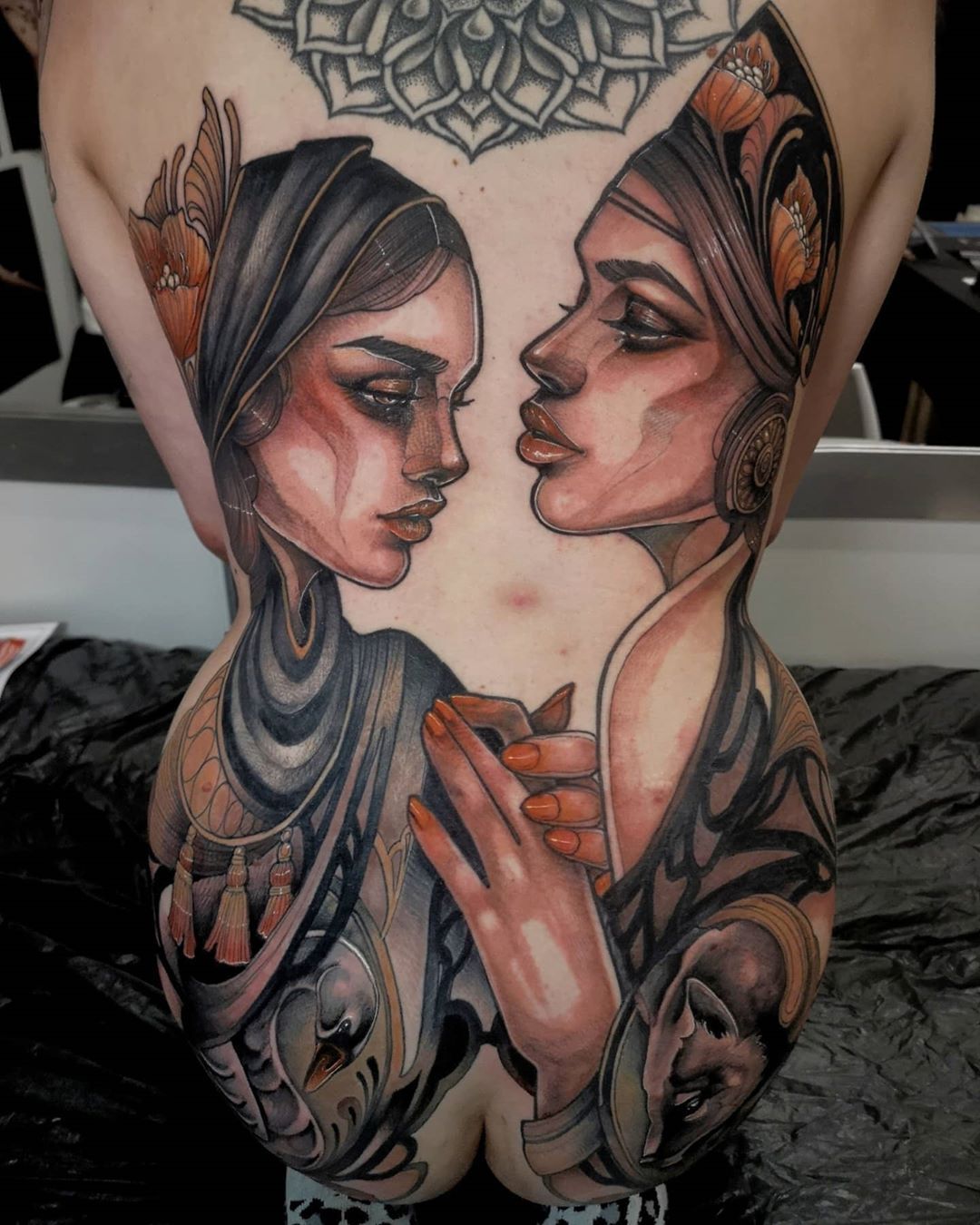 The basis of Filouino's works is female portraits, which she has been painting since early childhood. In them you can find a reflection of absolutely all human emotions, desires and fears. In a special way I want to highlight the choice of colors for her tattoos. Using more muted shades, she conveys all the natural tenderness of female nature, and contours of different thicknesses perfectly highlight the main elements of the work and accentuate the secondary ones. 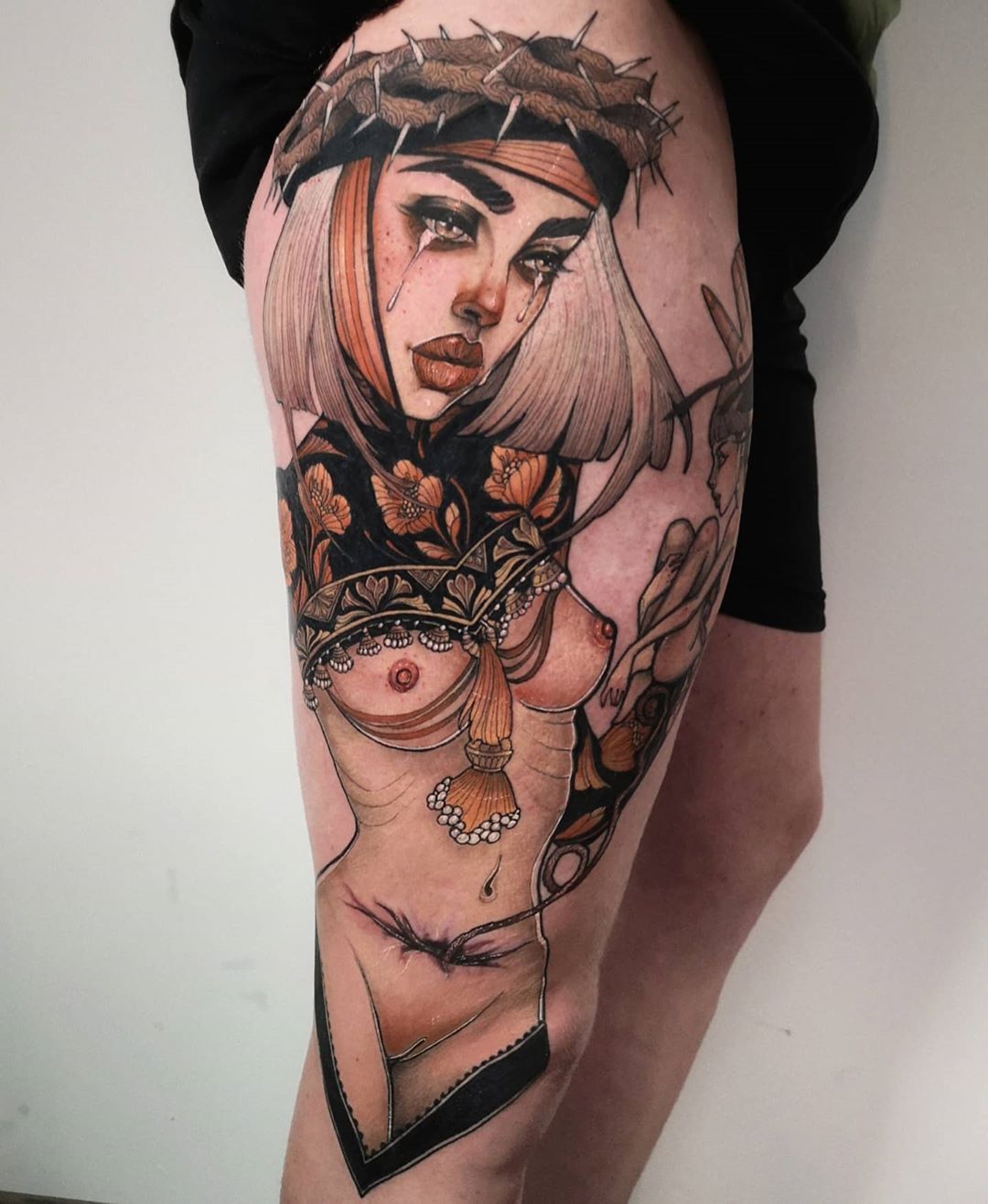 And of course we cannot keep silent about the scale of Filouino's work. The backs of collectors literally blossom under Isabella's hands, allowing her to pour out her tattoo art in the most detail.

If you consider yourself one of the true connoisseurs of quality Neo traditional tattoos, you should definitely visit Instagram Filouino. Believe me, you will not remain indifferent. 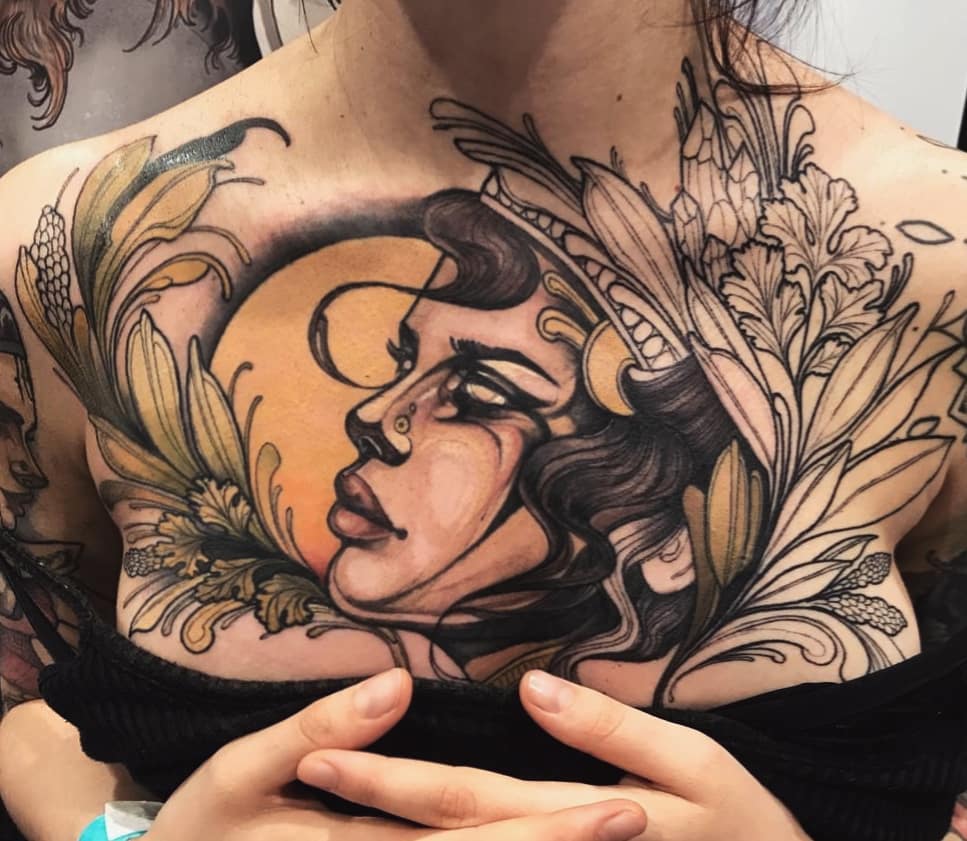 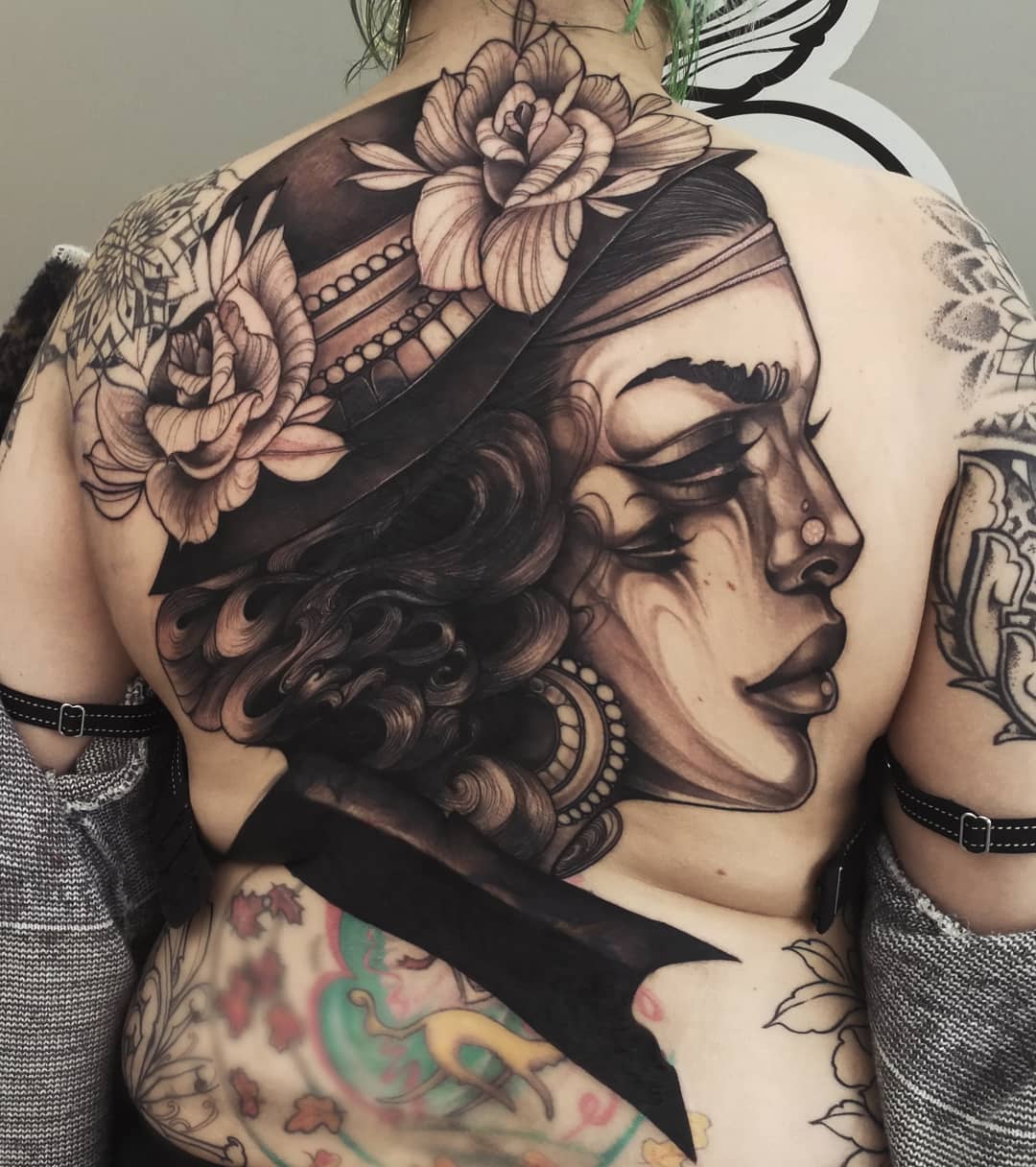 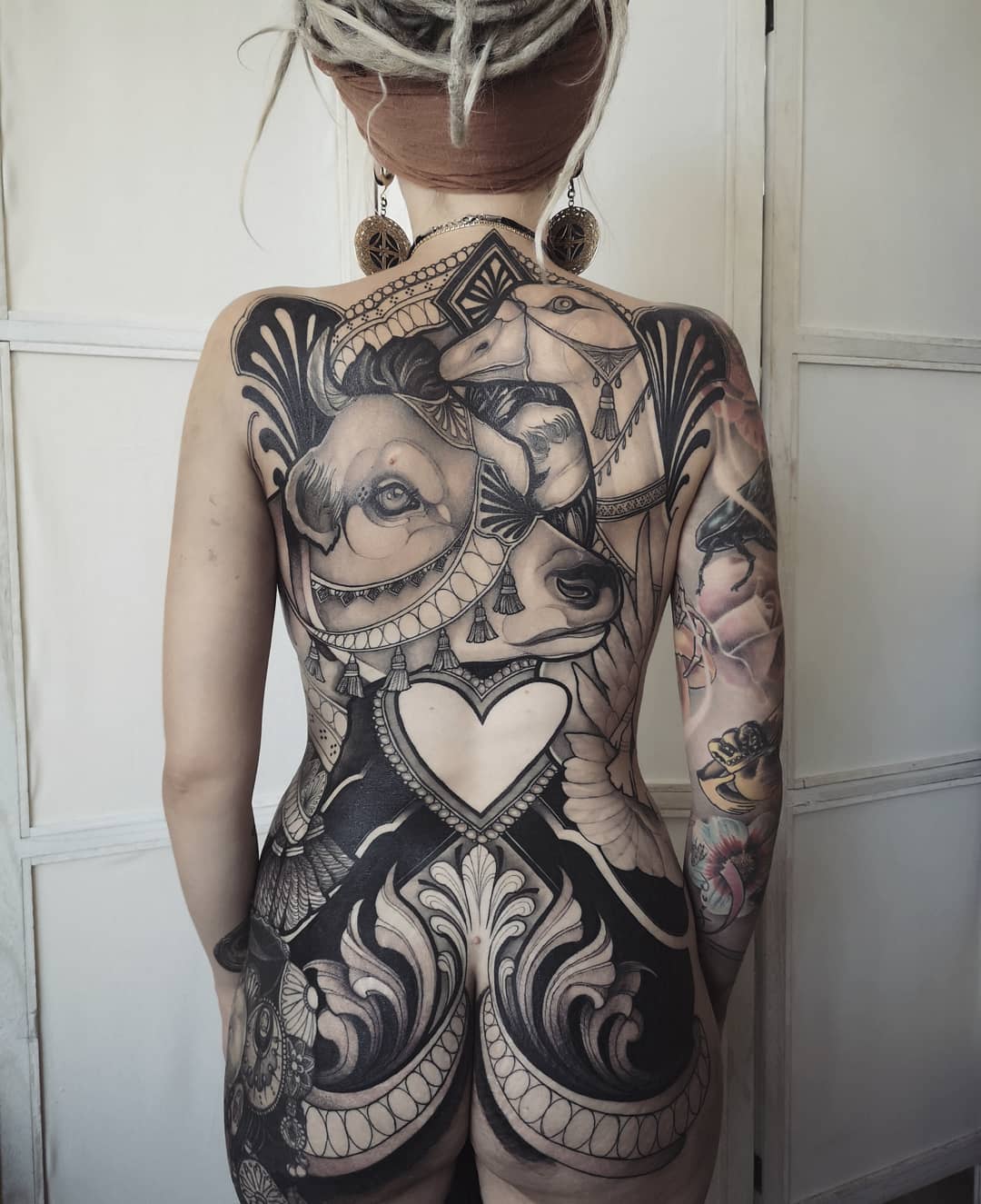 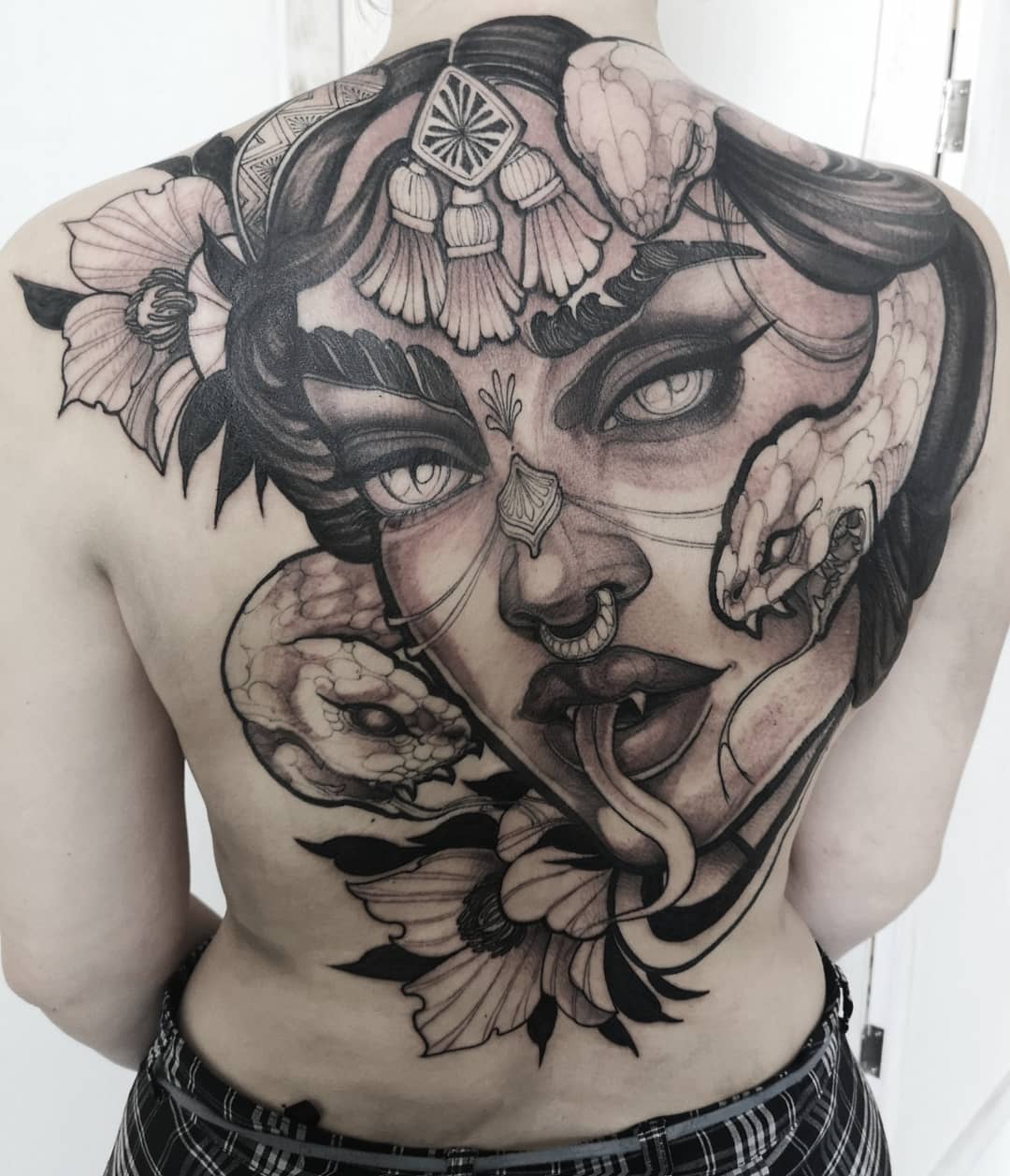 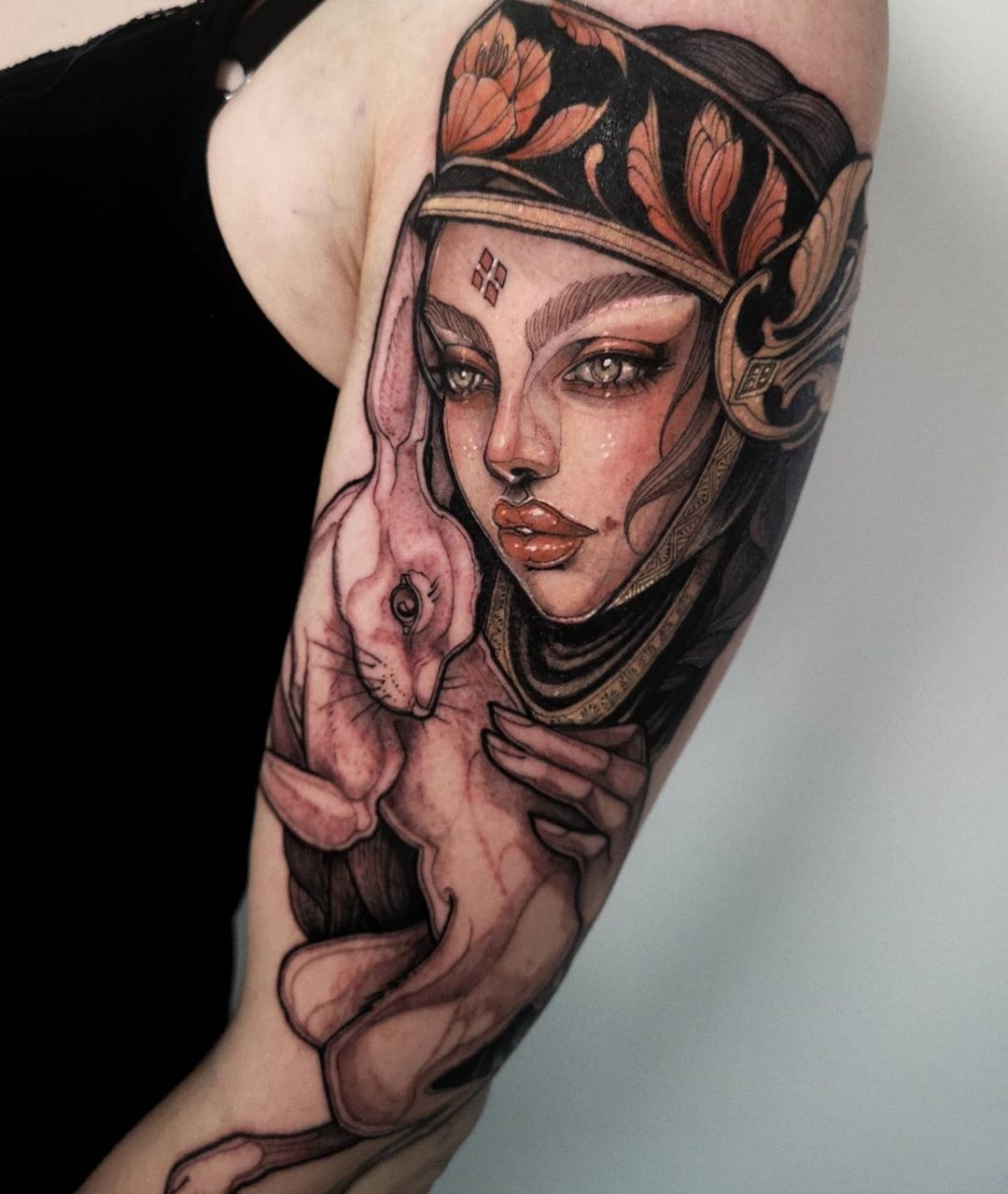 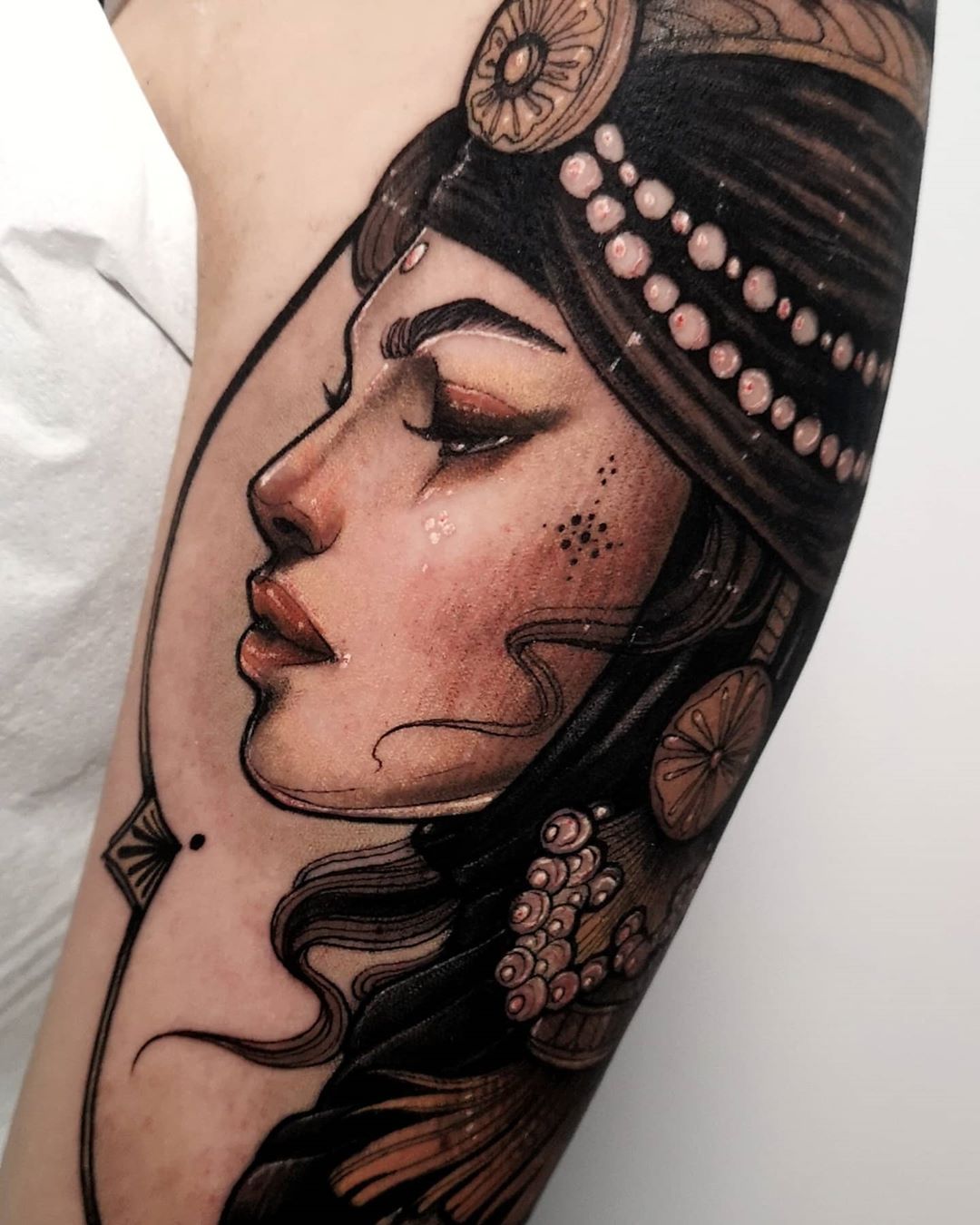 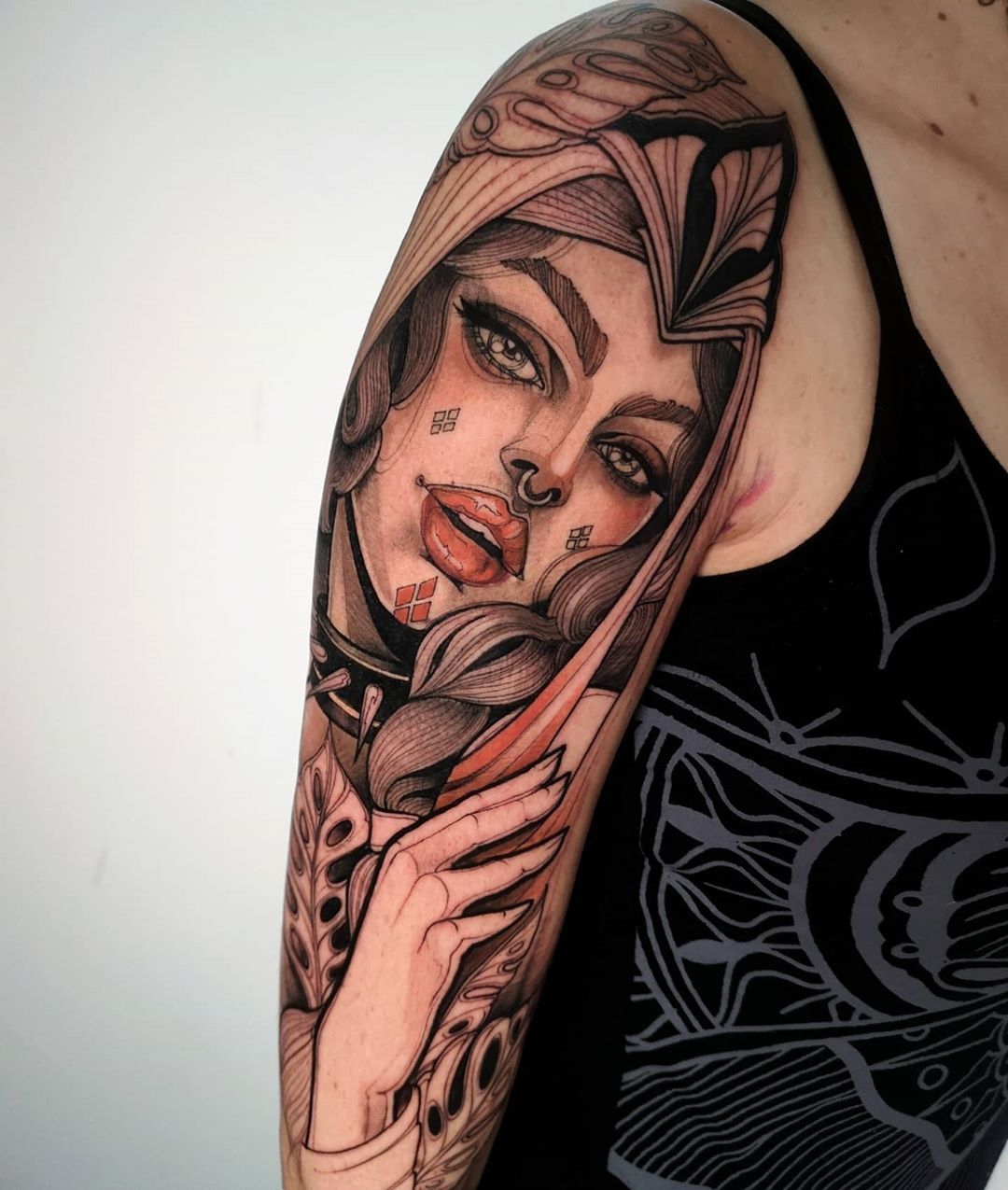 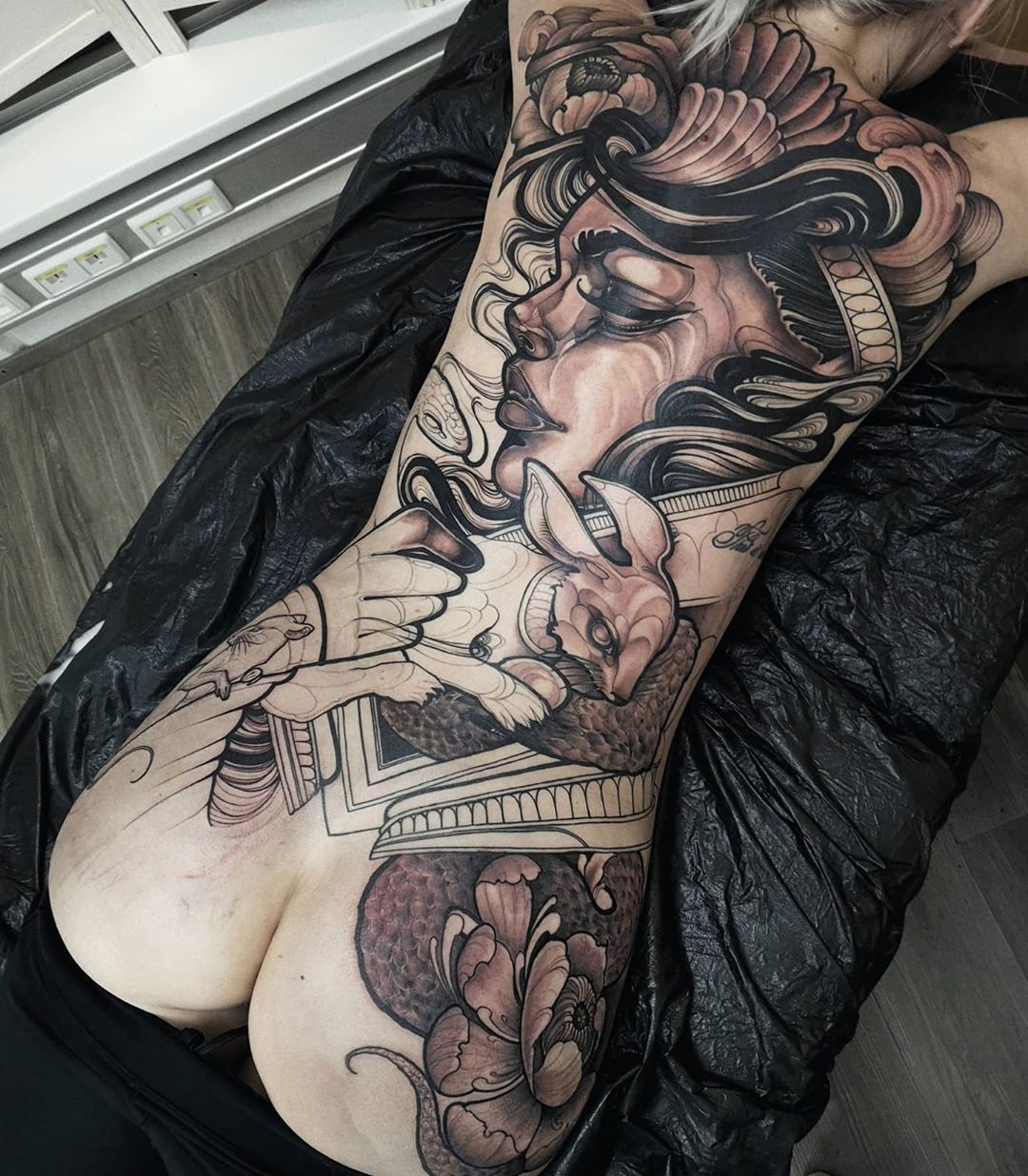 Text Andrew Novikov
TattooArtist, ColorTattoo, BlackAndGrey, NeoTraditional
Share:
Previous
Next
It will be interesting too