The intricate plots of his tattoos with a mixed perspective are like dreams or hallucinations. Using realistic images in dark colors and mixing them with graphic and ornamentalism, he gets really attractive and unusual works. 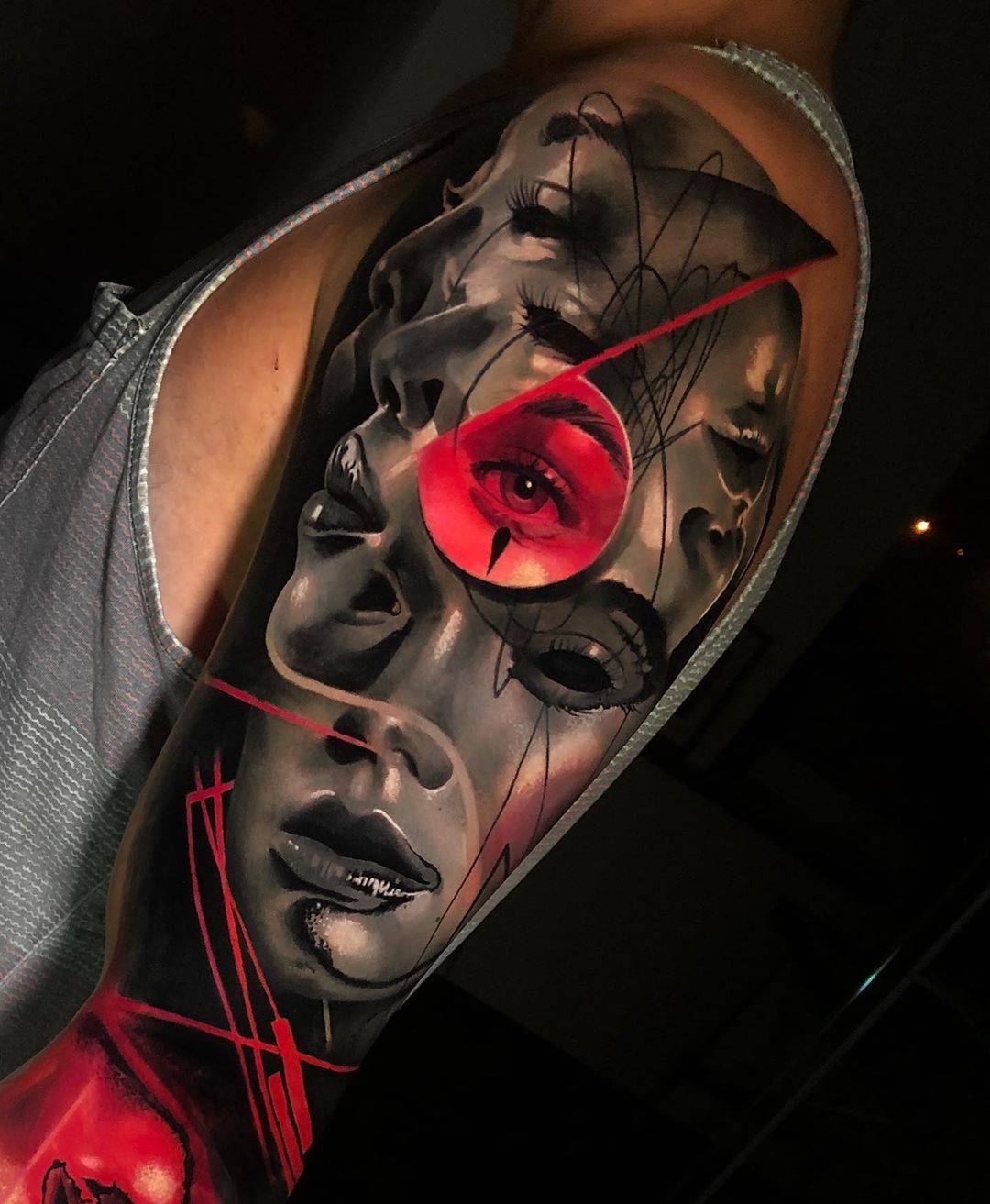 In his tattoos, people's faces acquire a kind of futuristic, gloomy appearance, one face can be repeated in completely different perspectives, but this chaos only seems real. In fact, each element of his work is in its place, every stroke, every detail is a thoughtful unit of the overall holistic picture.

All fans of futuristic surrealistic tattoo realism, we invite you to take a look at the art of Walter Montero. His tattoos are far from miniatures, they require large scale and only in a large size are revealed in their splendor. 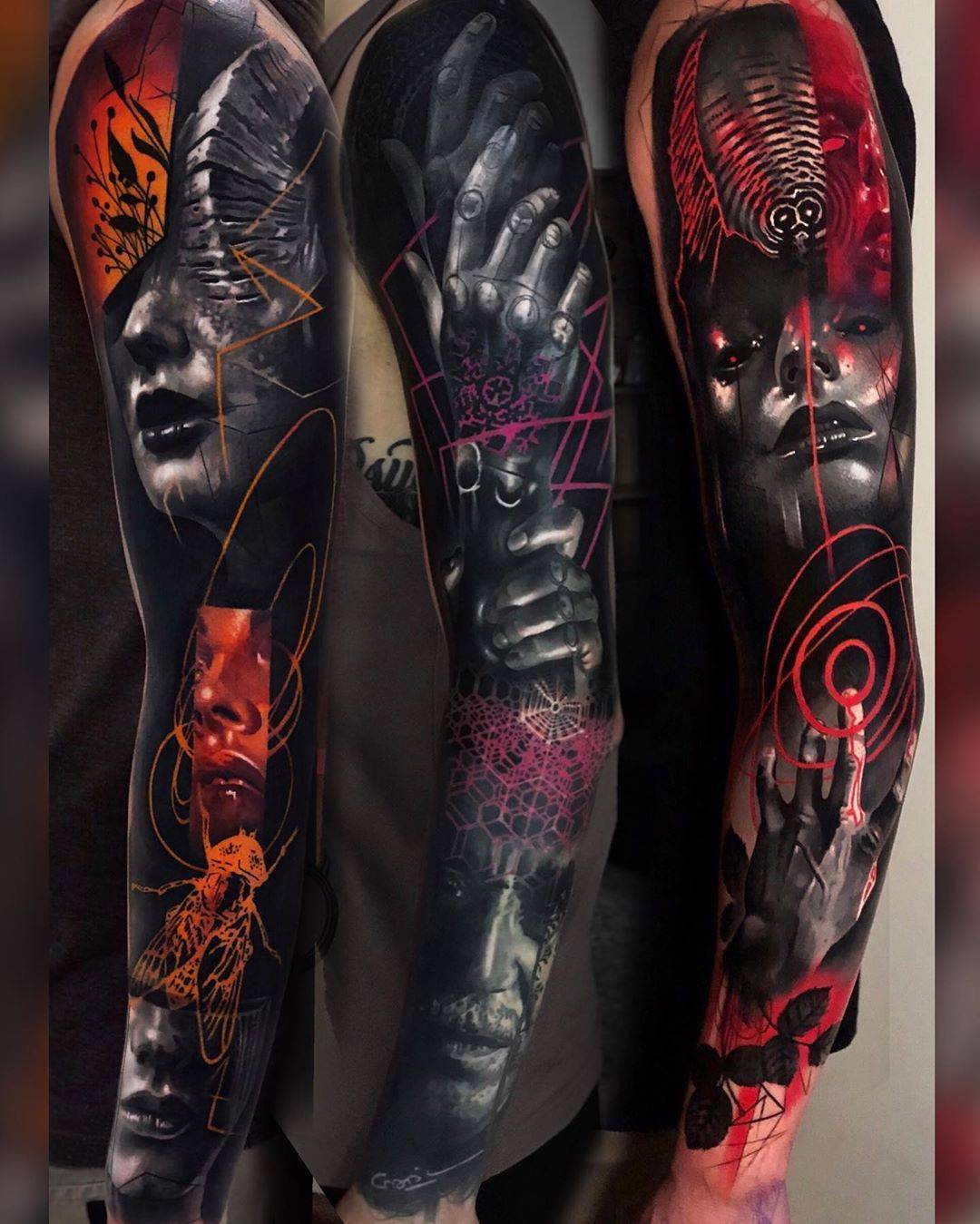 If you like truly unusual tattoos with a realistic foundation - go ahead for tickets to Germany, to the city of Paderborn, where Walter Montero works in his own tattoo studio Ritual Ink. 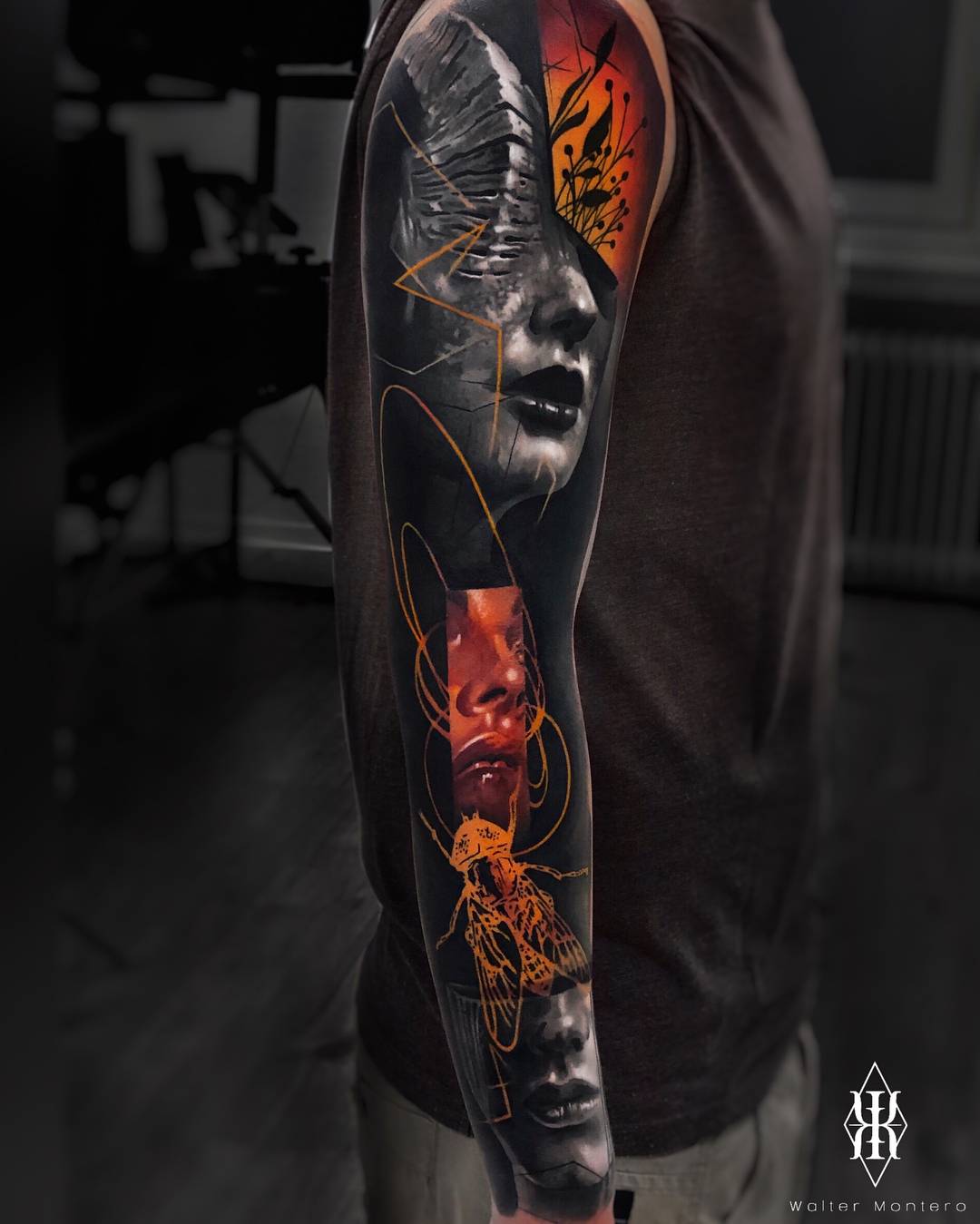 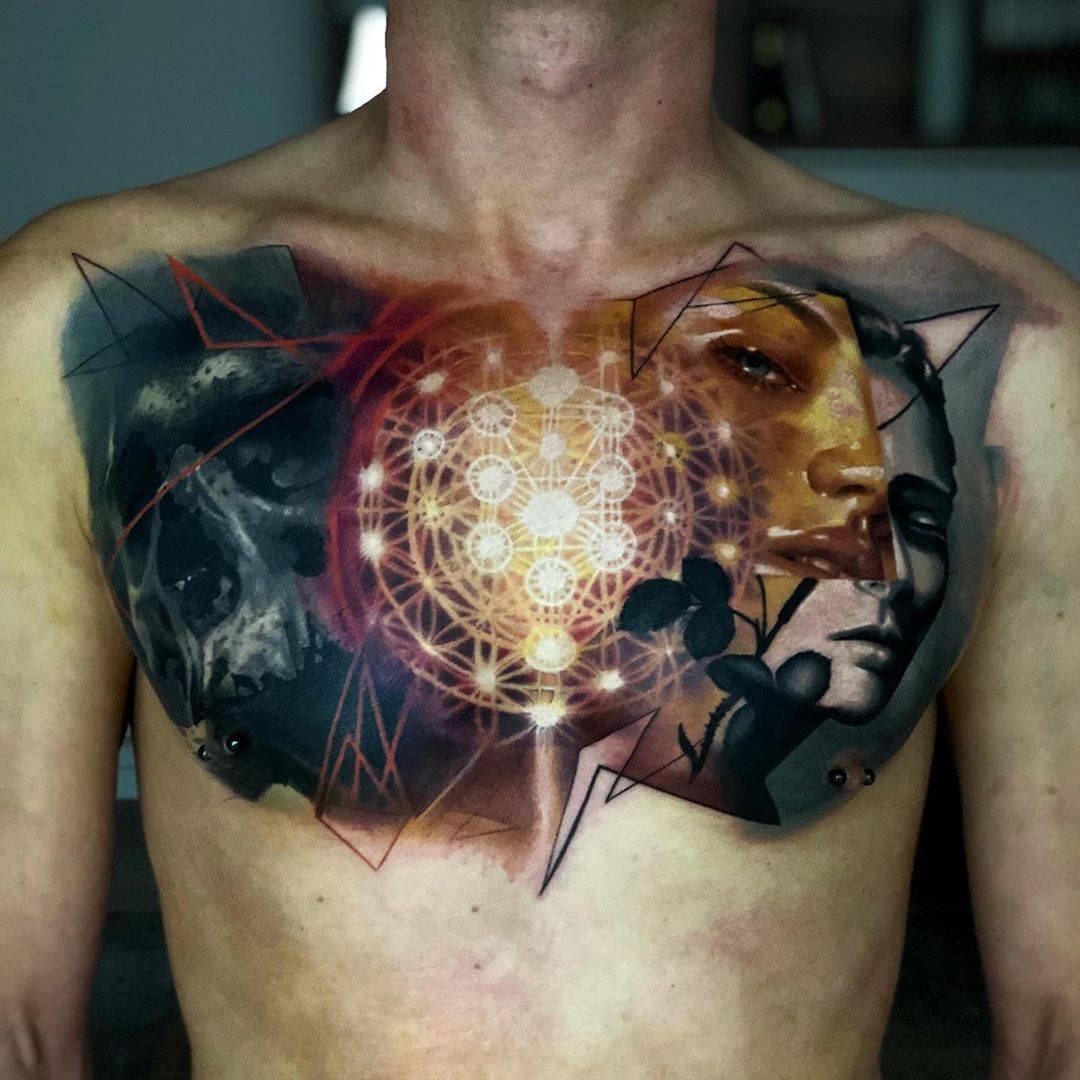 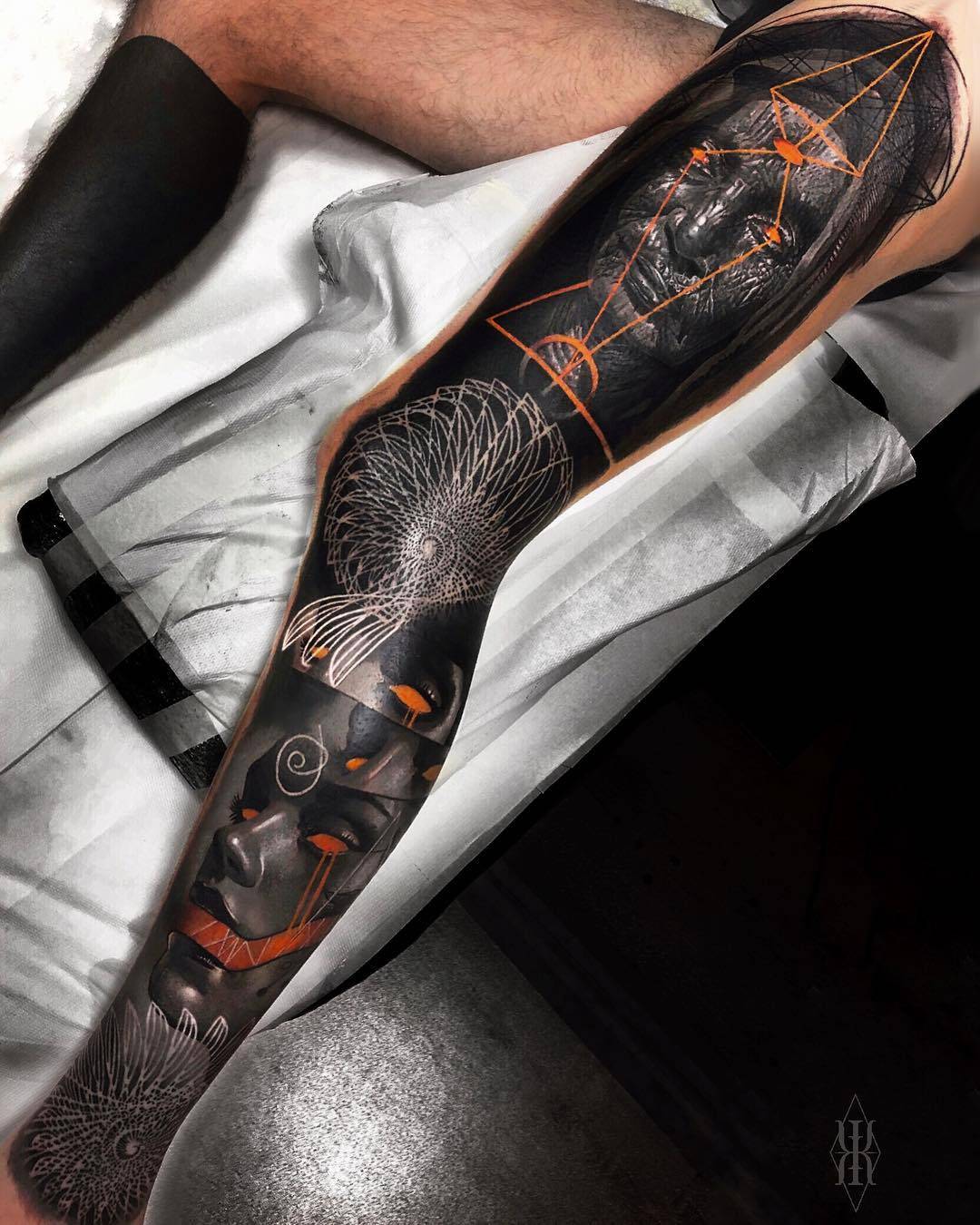 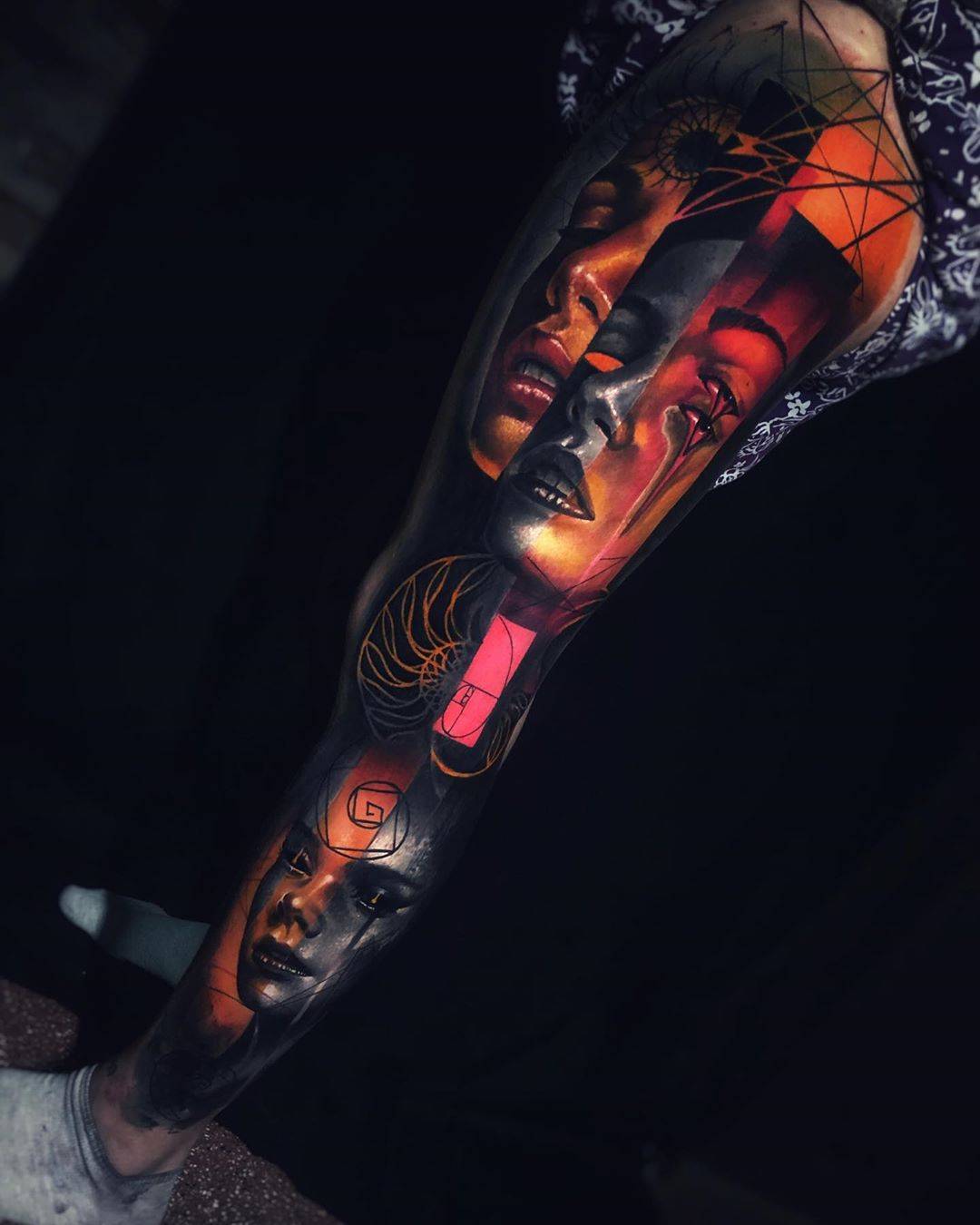 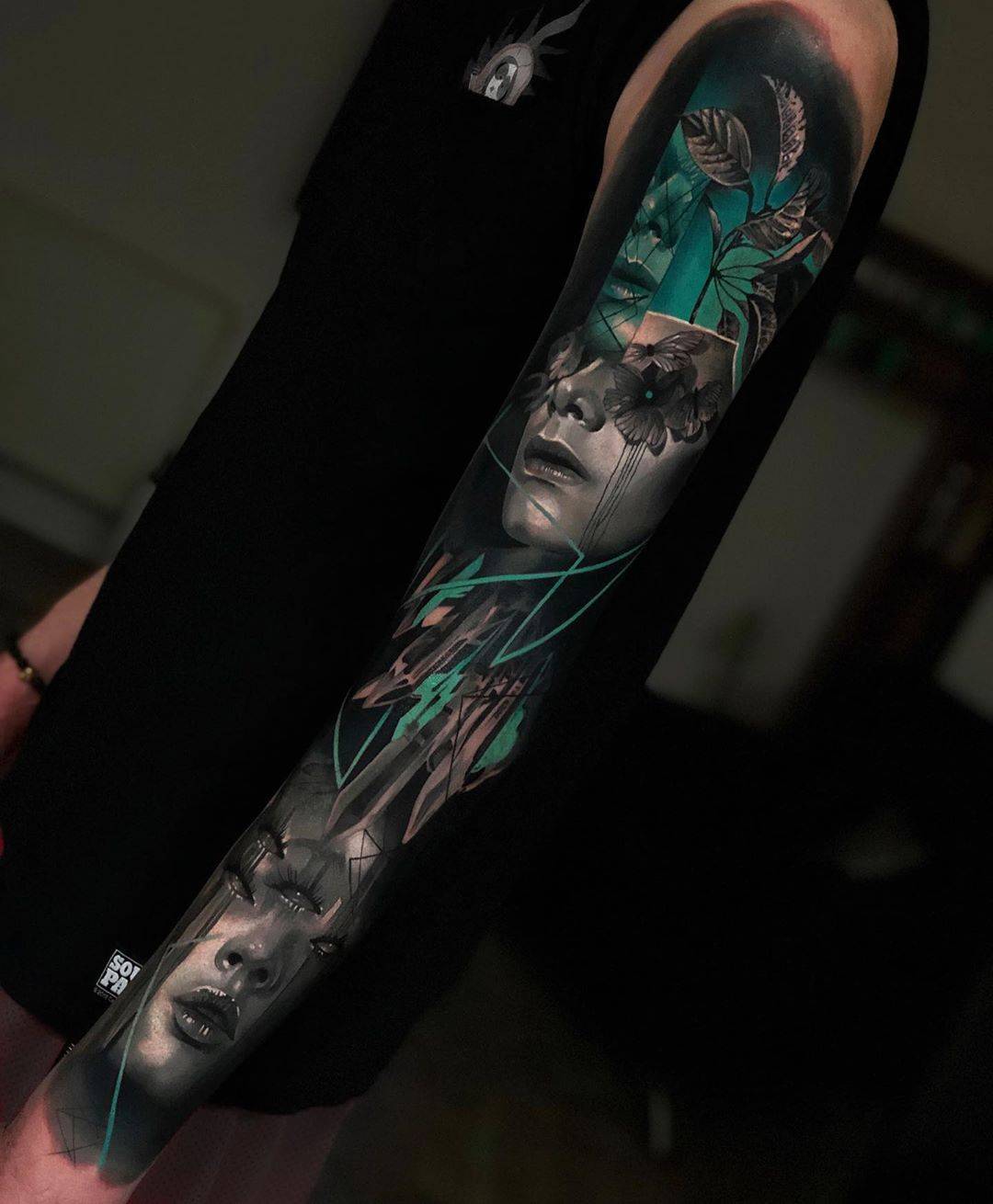 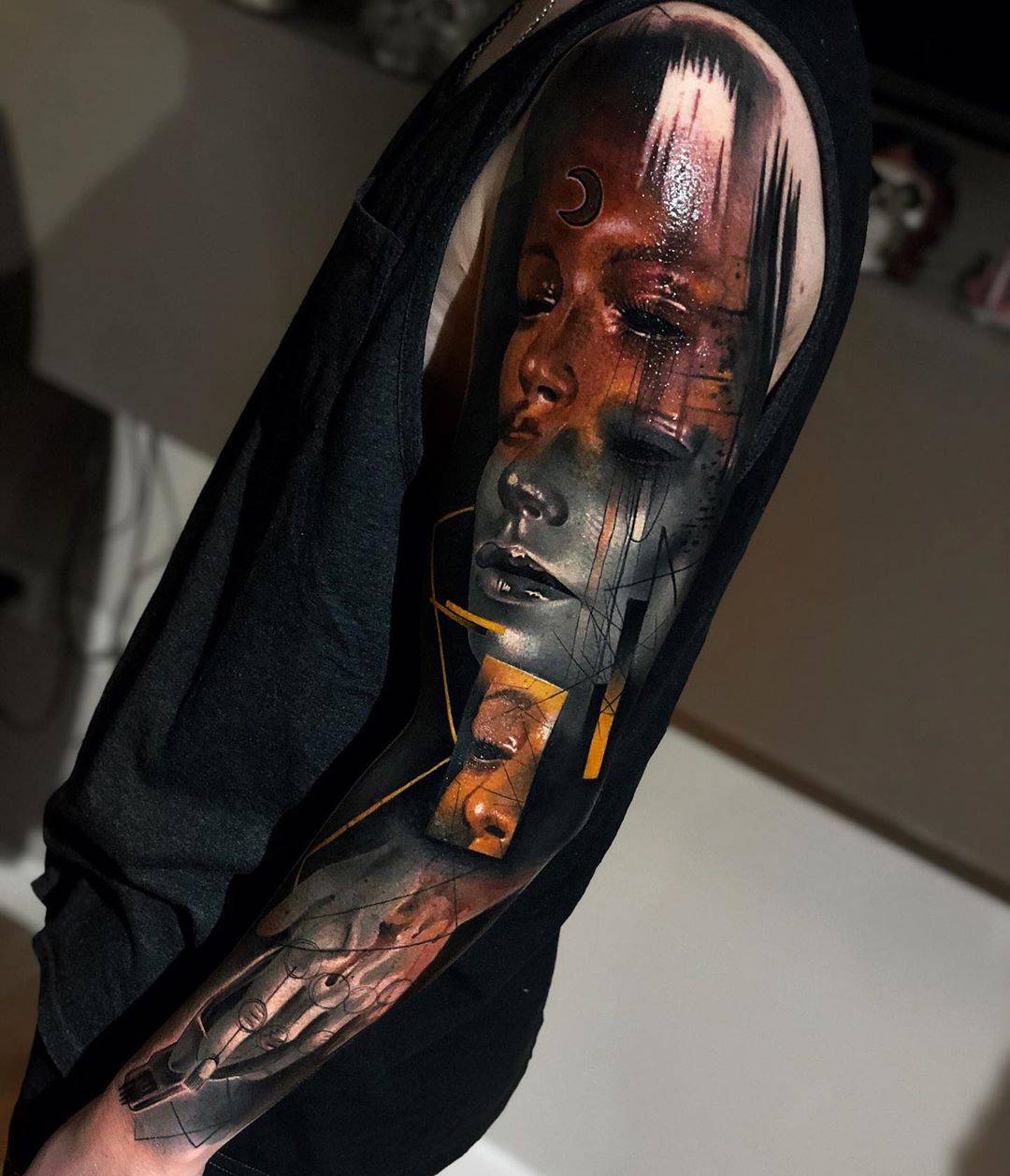