41-day tattoo marathon in Thailand of the American bodybuilder

Try to remember what emotions and feelings were caused by a tattoo session that lasted more than 5-6 hours? Is it Ok? Well, what if you had to visit the tattooist for several days in a row in order to finish the tattoo? Memories are not so pleasant, are they? But believe me, you need to learn patience from the guy we are going to talk about today (unless, of course, you cannot resist tattoos as well as he). 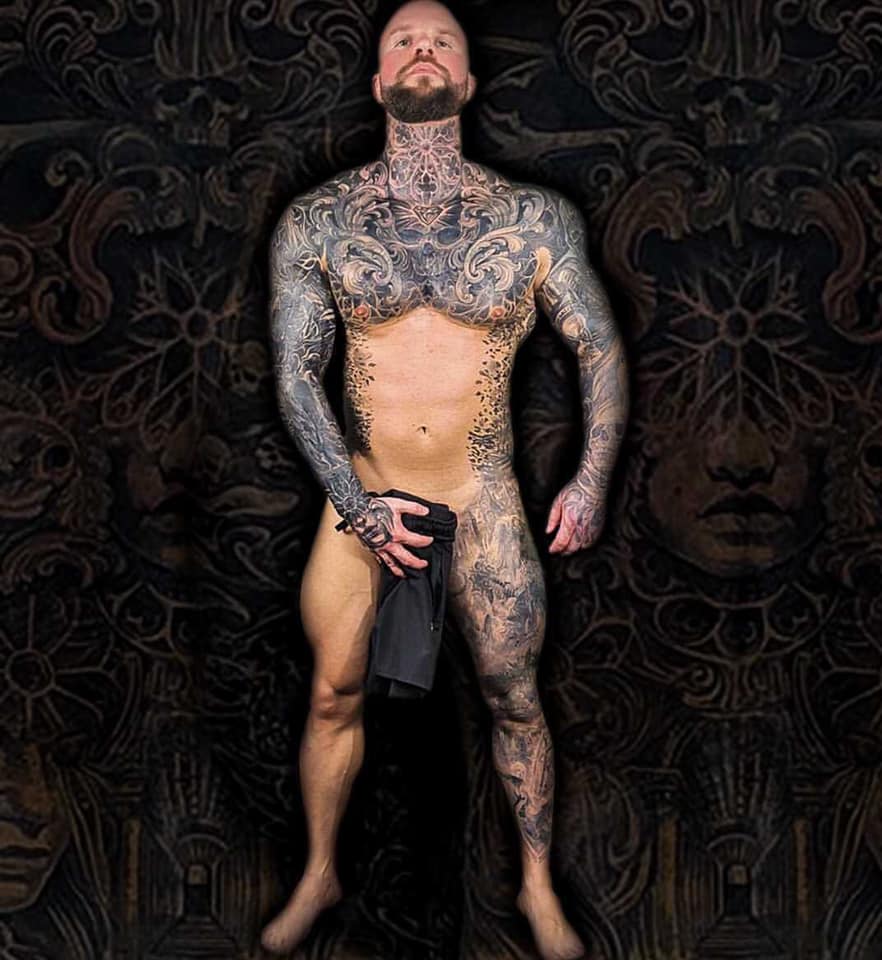 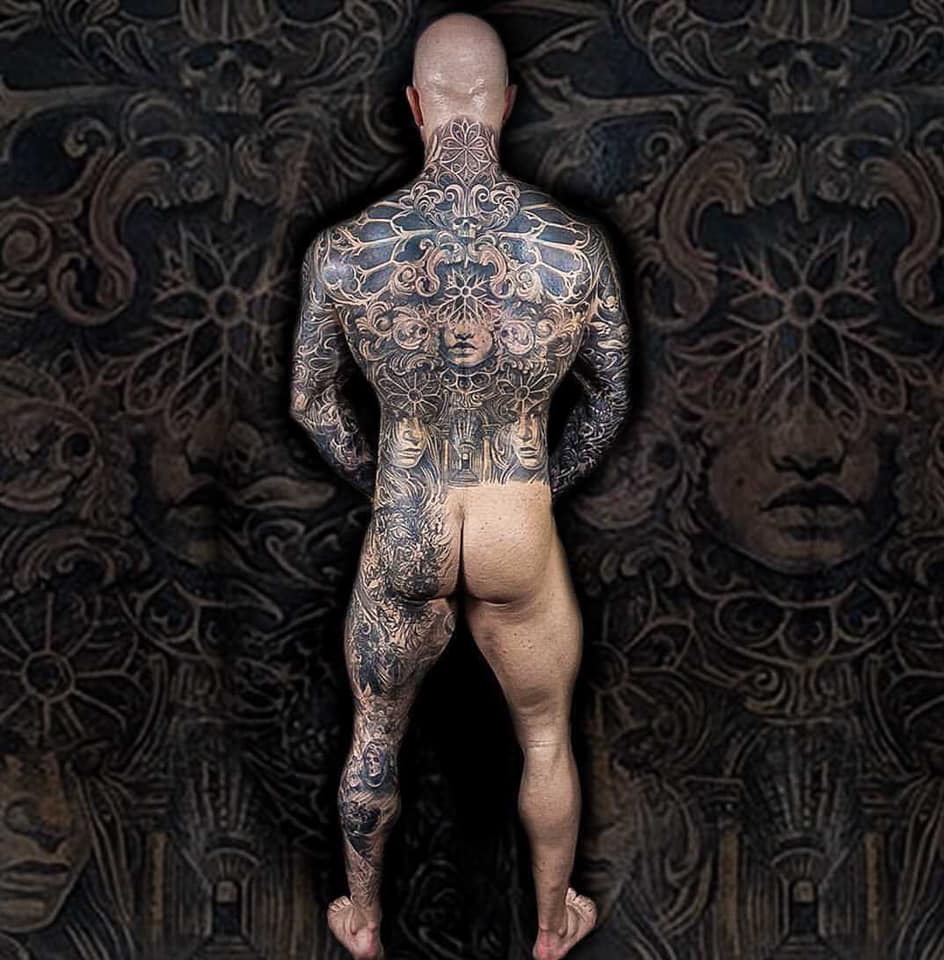 35-year-old internet marketer Paul Steiger from Arizona once saw pictures of a tattooed model from Australia, whose body was almost completely covered with tattoos. The man was so fired up with the idea of ​​getting similar tattoos that he decided to get tattoos to his entire body in the same studio in Phuket as the model who inspired him. In July 2020, Paul finally had the money he needed to get tattoos, but the global pandemic put an end to his plans and his flights to Thailand were canceled five times.

In 2021, he was finally able to make a trip to Thailand and visit the Bloodline tattoo parlor, which employs the artist Paul dreamed of getting to. Now you can see the result of work within 41 days. 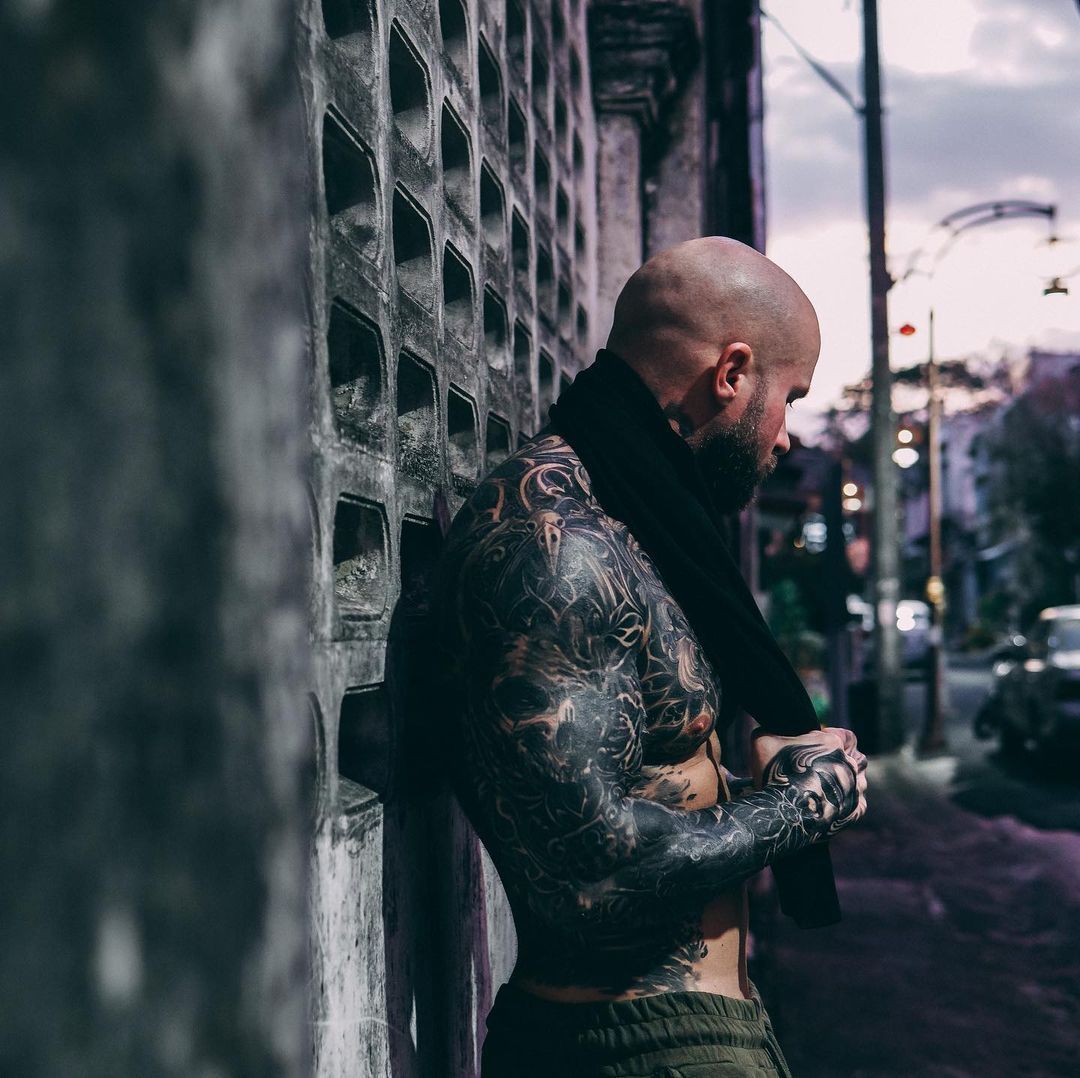 We talked to Paul and asked him about this crazy tattoo marathon in Thailand, and you know, we got very interesting answers that command respect. Please meet -  Paul Steiger.

- What is the name of the model - who inspired you to do it in Thailand?

- His name is Clint Chadwick but he no longer has an instagram unfortunately.

- Tell us about your tattoos - what and where is depicted and does it mean anything to you?

- So we started on my leg and most of the designs on there were based off of the diablo 3 game. Ive collected some images over the years that I wanted to incorporate into my tattoos based off of the game. I’ve played the diablo games for 20+ years and I wanted to have something from the game be part of my tattoos. The rest of the designs on my body the artist and I designed together on his ipad pro at the shop from ideas we were finding on pinterest. 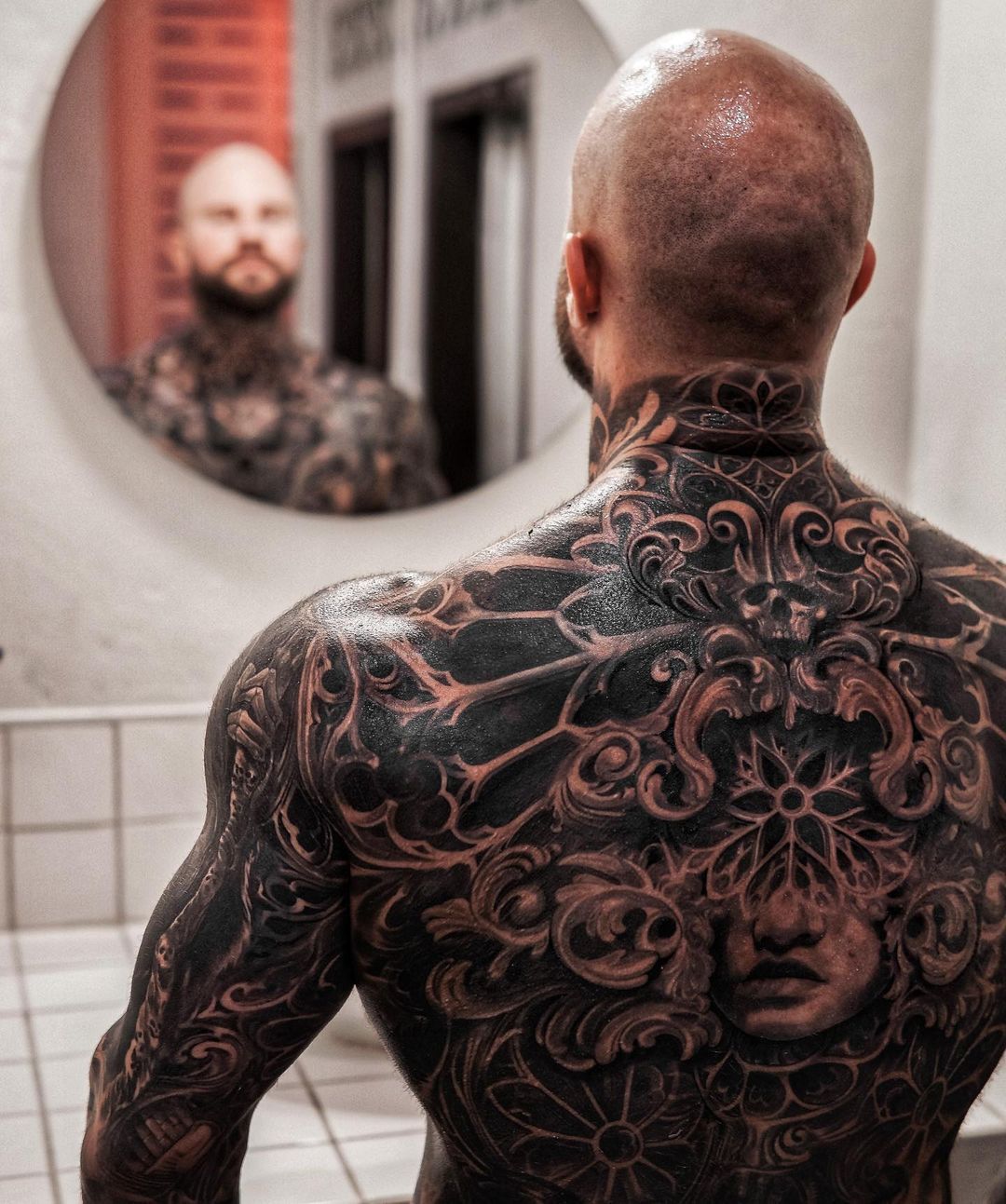 - How many tattoo artists have tattooed you?

- I’ve had 1 artist tattoo me in Hungary 1 in Hawaii and 2 in Portland Oregon and now my whole body is covered with tattoos from just 1 artist from Phuket Thailand. I wanted to make sure we cover everything so only one artists work is on my body.

- Which tattoo was the most painful?

- Man this is always a hard question because my chest, my upper ribs, my neck towards my chin were equally annoying brutal pain. But if I had to pick one to NEVER do again though it would probably be my chest. 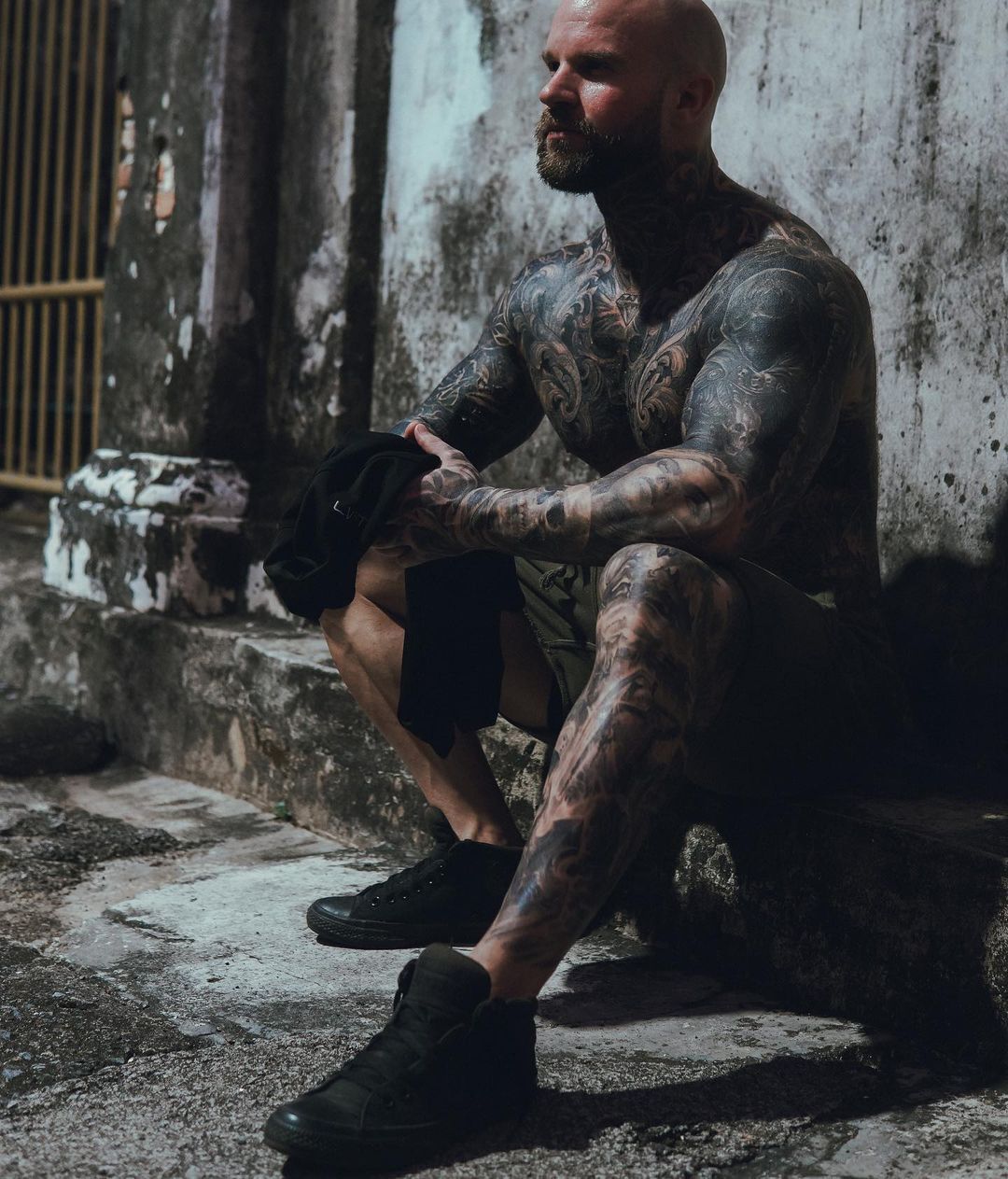 - Why did you decide to leave your right leg and buttock without tattoos?

- For two reasons actually. One I wanted a little contrast. And for two I didn’t want to be like everyone else who has fully body tattoos. Usually when someone has a full body tattoo they do it all. Both legs both arms, back, chest, neck, stomach even. And I just wanted to be different. Also the only person I’ve seen so far with one leg and one cheek missing was Chad mentioned above and I like the look better than a complete full body.

- What style of tattoos do you like? Which pictures would you definitely never get as tattoo?

-I like tattoos that have cymatic patterns and shapes and I also really like the realistic designs as well. As far as what I would never get tattooed on my body would be real peoples faces or famous people. 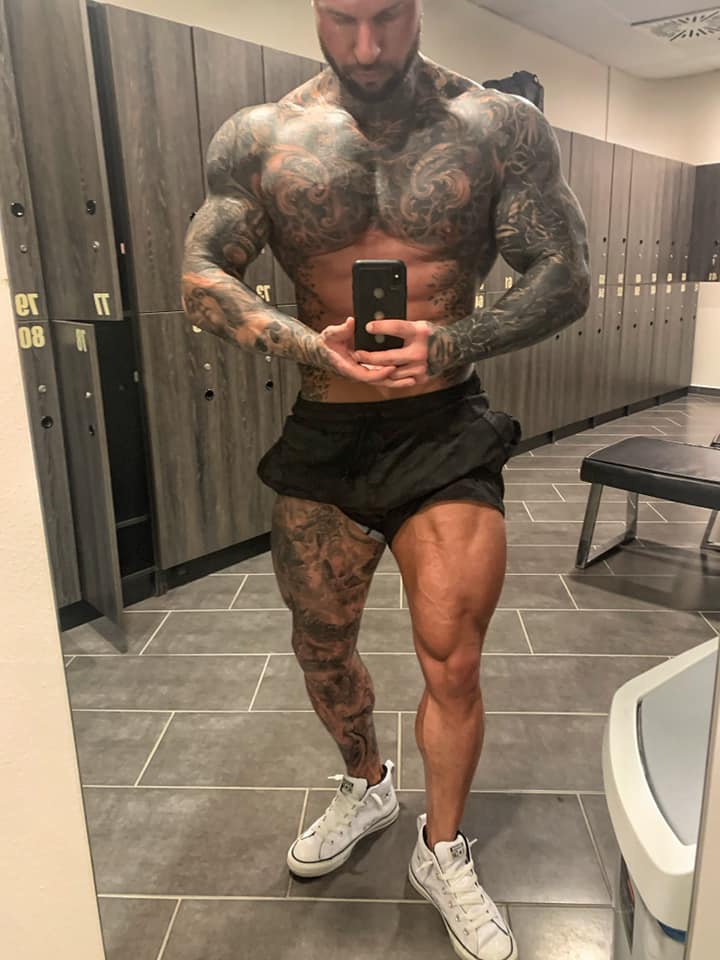 The tattooed teacher was banned from working in kindergarten

- Are the tattoos for you the same body modification as bodybuilding?

- Yeah I think so. That’s a great question because I think being a bodybuilder and having been through show preps and the discipline and patience that came with it definitely helped my mind be able to handle the 41 days of tattooing consecutively. Our bodies can take a lot, it’s usually our mind that gives in first. 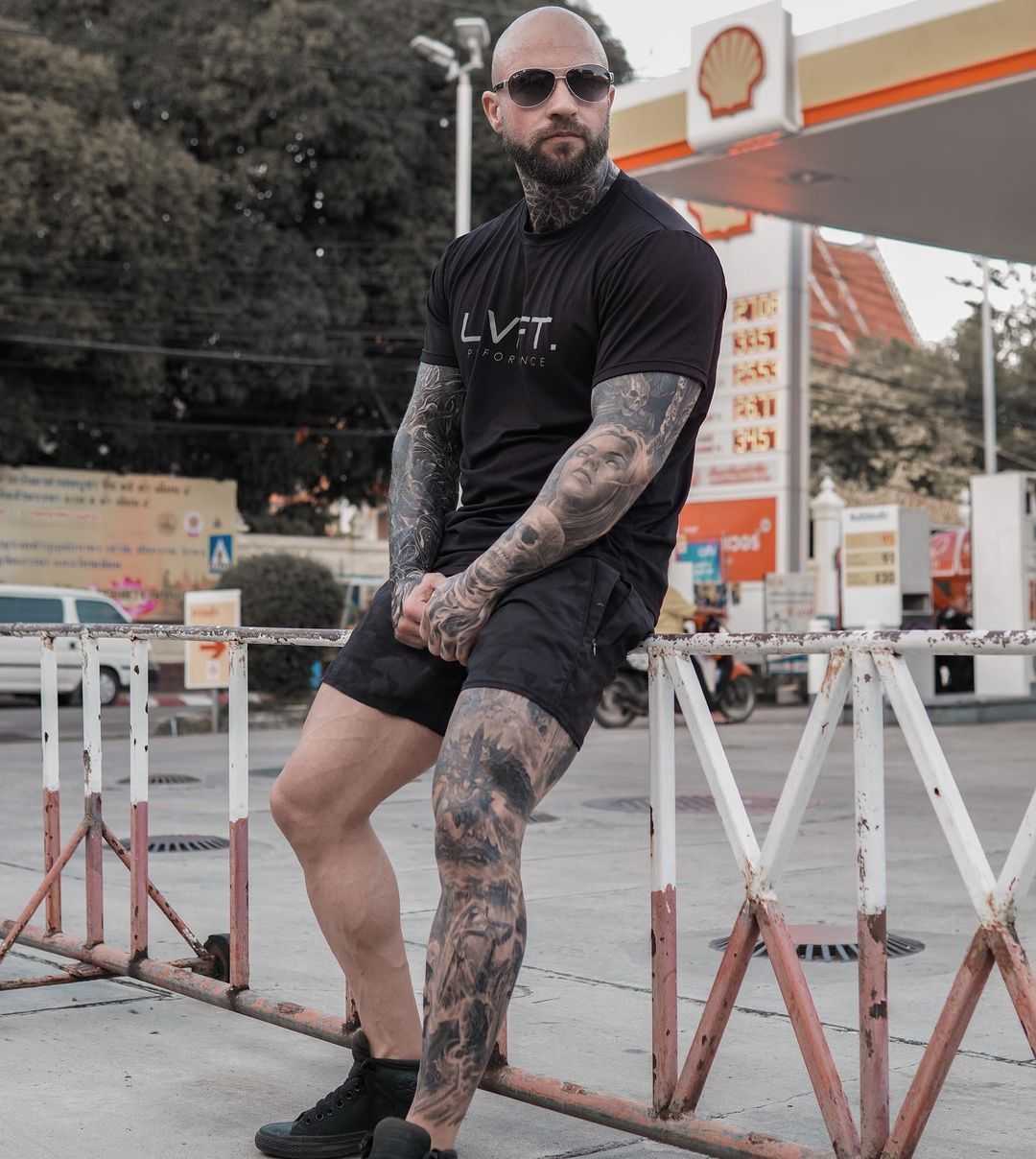 - Yeah I have at least 5 photo shoots coming up this year all over the world which is nice. And I get people asking me to do interviews with me more and more. I also have a potential tattoo show in the works (fingers crossed) And not so much because I have a full body tattoo but because I did it all in 40 consecutive days and from what I understand that is super rare. I still haven’t found anyone who has done it all like I did in such a short period of time. However I definitely want to meet the person who has and ask them some questions myself. 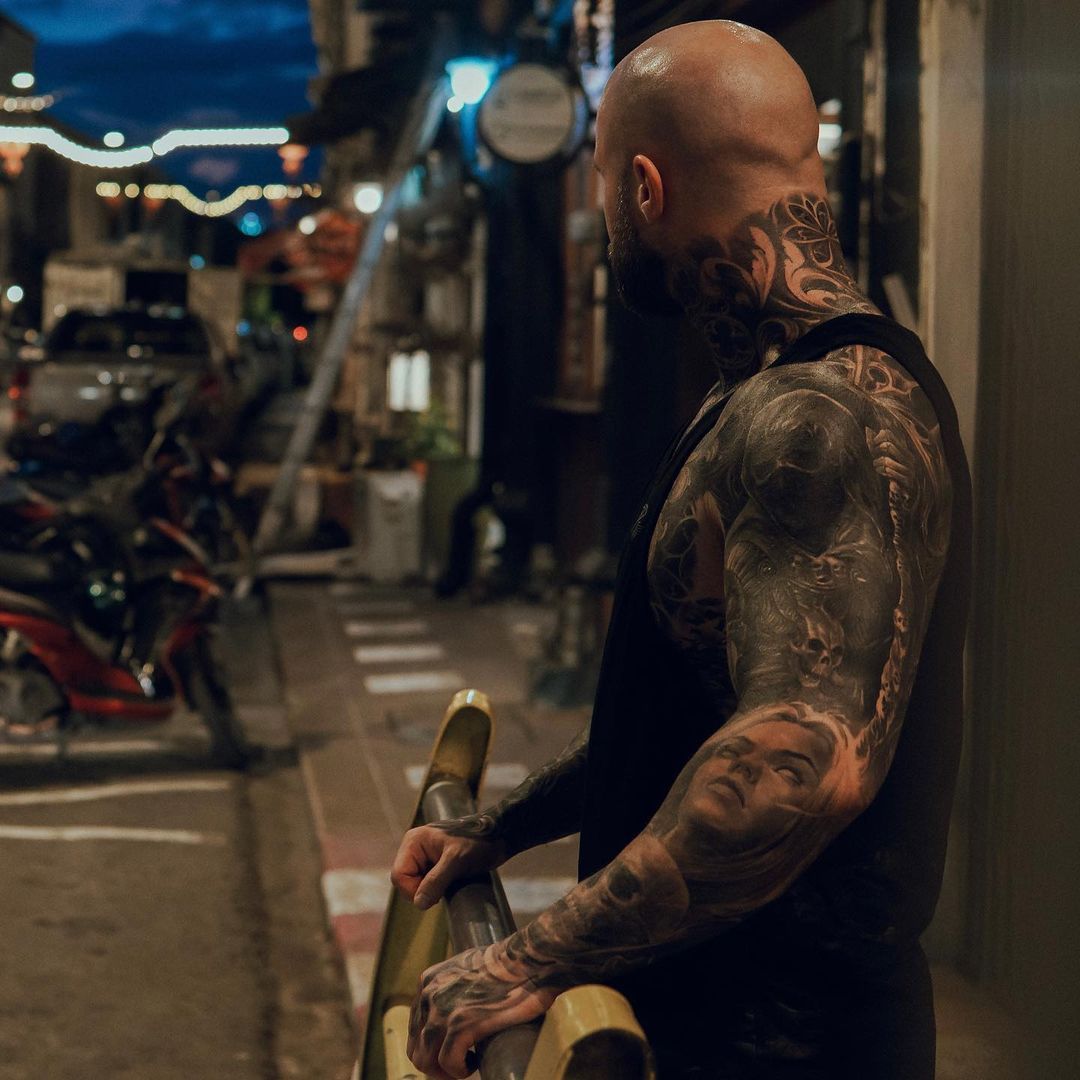 - Has your life changed in any way after you tattooed your whole body?

- Yeah doing the tattoo marathon I did and getting into Thailand during a pandemic was definitely a super hard challenge. And I’m glad I did it because it has taught me a tremendous amount of patience and perseverance that I can use in all aspects of my life. I had my flights canceled like 5 times. I had a hotel cancel on me. The Thai consulate wrote the wrong passport number on my visa so when I landed in Bangkok they wouldn’t even let me in for like 6 hours and thought I was some kind of criminal. Doing the super expensive 15 day quarantine and then finally getting to Phuket to go through the worst pains of my life. Yeah it was a challenge and a headache for sure. But I also met some super cool people along the way which I am forever grateful for. So yeah it all changed my life. It was great I’d do it again! 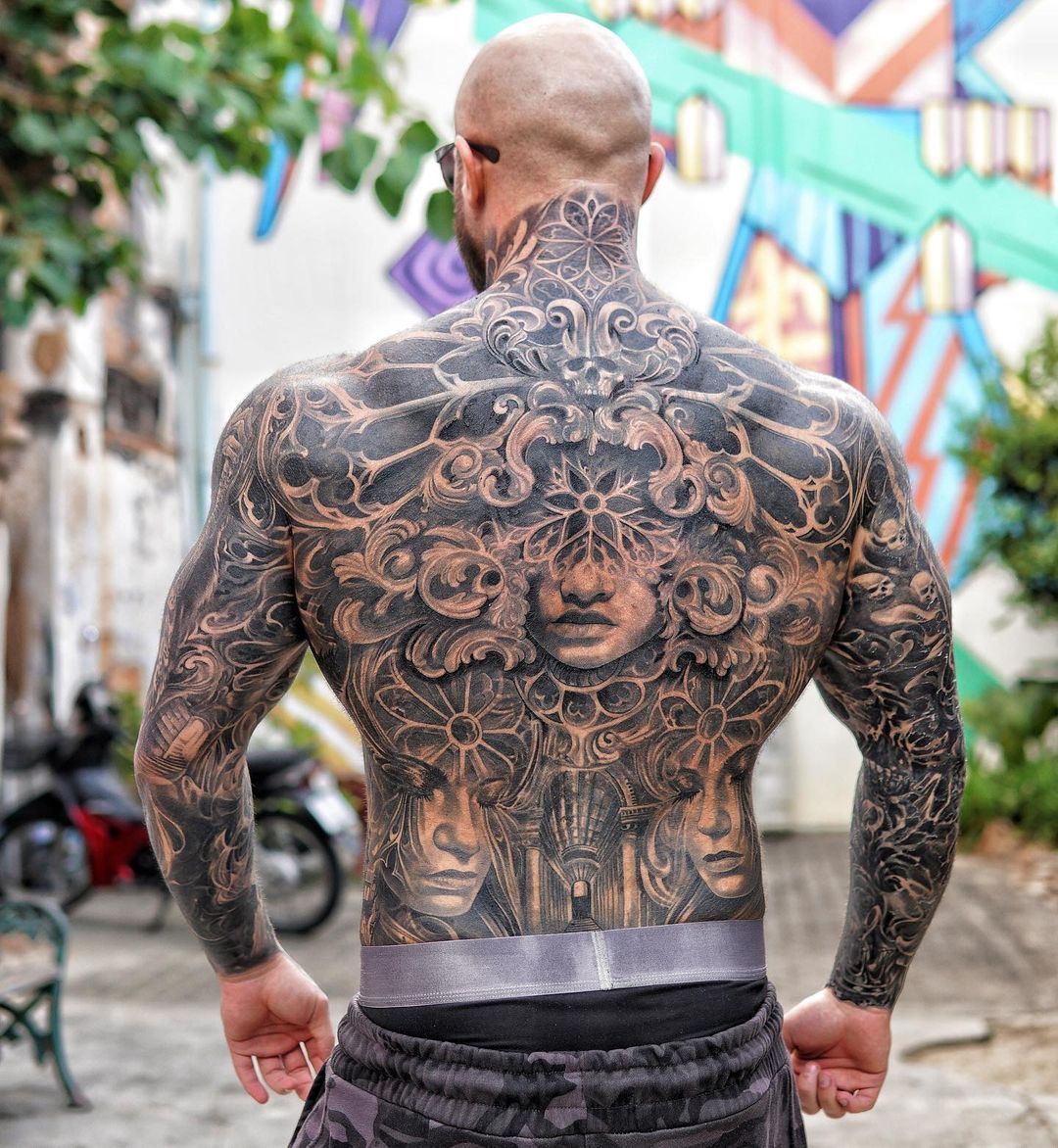 - What would you like to say to people who want to look like you but they are afraid to get tattoos?

- They want to get a full body tattoo but are afraid of tattoos? Man you have some hard questions. Well if they are rich and have connections they can do anesthesia.. that’s what I would do. But if not they can try the creams which I did try on my very last day when he was putting white on my back and it worked for like 45 minutes. But then we tried it on my chest too and it was brutal pain so I don’t believe in the cream too much even after trying it. Third option would be to train their mind to have their body take and handle whatever their mind tells it. However if all those fail I think it’s best they don’t even try because giving up during a tattoo or series of tattoos is the worst. It just simply looks like sh*t. So if you can’t finish it don’t even start it.

You decide who is the Best Tattoo Artist!
iNKPPL, TattooArtists, Rating