Japanese tattoo remains an unshakable classic and the most important part of foundation of all modern tattoos. Thousands (if not hundreds of thousands) of tattooists around the world still practice traditional Japanese tattooing, immerse themselves in the depths of history, epic and philosophy that underlie this art, and millions of fans continue to imprint the wisdom of bygone times on their bodies.

In a variety of interpretations of traditional Japanese tattoos by modern artists, experiments are not uncommon with both the technique of application (as you remember, in the past all Japanese tattoos were made manually using Tebori) and color schemes. And today we just want to introduce to you a tattoo artist whose work simply stunned us with its style. They are bright, they are contrast, they are memorable and incredibly attractive! We have been watching the work of this tattoo artist for quite a long time, and finally we managed to talk with him and find out the details of his creative path.

Please, tell our readers a little about yourself. Where are you from, what did you do before the tattoo?

- I have Korean nationality, but I currently live in Los Angeles, USA. I got a visa in 2021 and moved to America. I was a Korean professional soccer player before I became a tattoo artist. I have been a soccer player for 19 years since I was young, but I couldn't play soccer anymore after 6 surgeries due to many injuries.
When the doctor said I couldn't play soccer anymore, it was so sad and hard. I also worried a lot about my future. 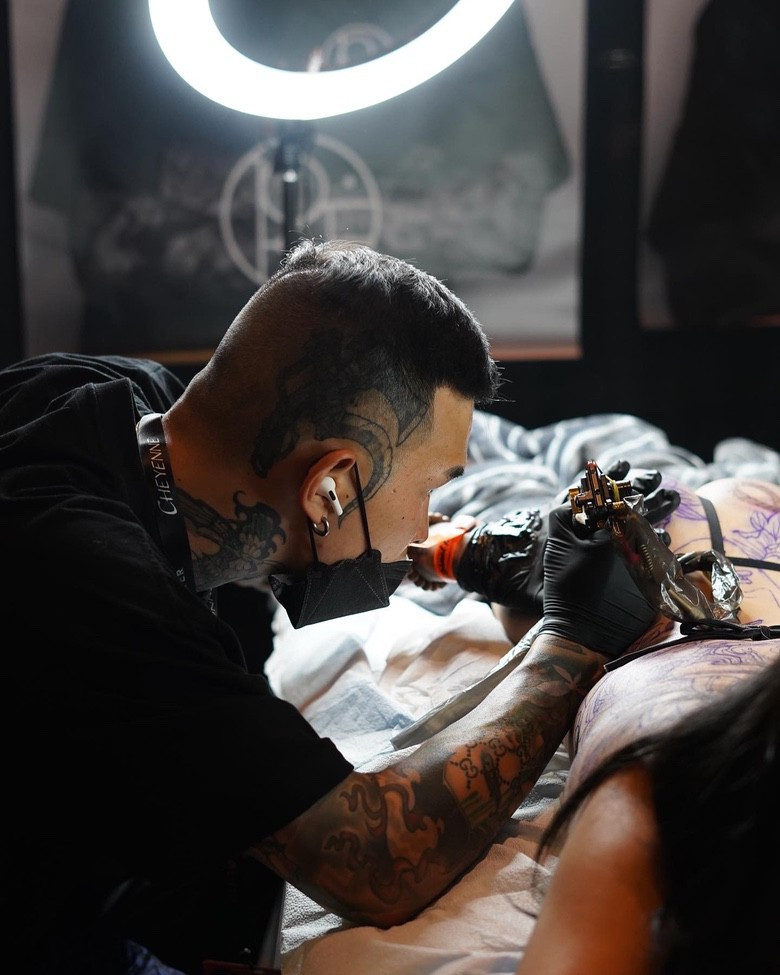 How and when did you decide to become a tattoo artist? Who taught you? How was it?

- I was very lost about my future after the last surgery. I thought a lot about my new life. The second job of the player I admired the most was a tattoo artist. His name is Daniel Aguer, and he has Danish nationality. He had almost full body tattoos, and I was very interested in tattoos too. I wanted to follow his job and become a tattoo artist, so I started studying on my own.
I watched many videos through YouTube and Instagram. I tattooed myself, my wife and friends.

Unfortunately, it’s still officially illegal in Korea, for that reason I was not able to learn tattooing thoroughly, so I went abroad to get acquainted with the creativity and culture of other tattoo artists. 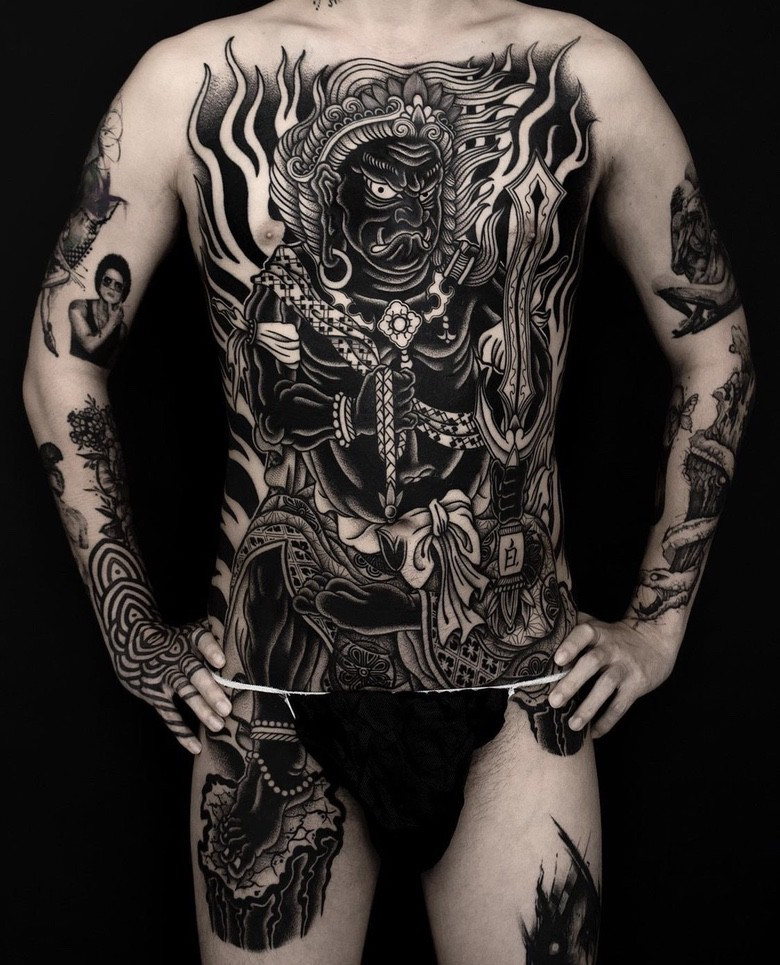 Let’s talk about your work. Why did you choose Japanese tattoo as your main field?

- To be honest, my style was American traditional at the beginning. I was not so good at drawing, so I thought it was easy for me to start. Then after, I started black work to focus on details.

I went to various conventions and saw models of Japanese tattoos, and it created a very strong but beautiful atmosphere. I was fascinated by big sized Japanese styled tattoos at that time. Eventually I fell in love with Japanese tattoos since it motivated me to learn and challenge myself.

I tried to mix between my own style and Japanese style, and met my mentor, Horimaroo, and it became my current style.

I am looking forward to how my work will develop in 5 to 10 years. 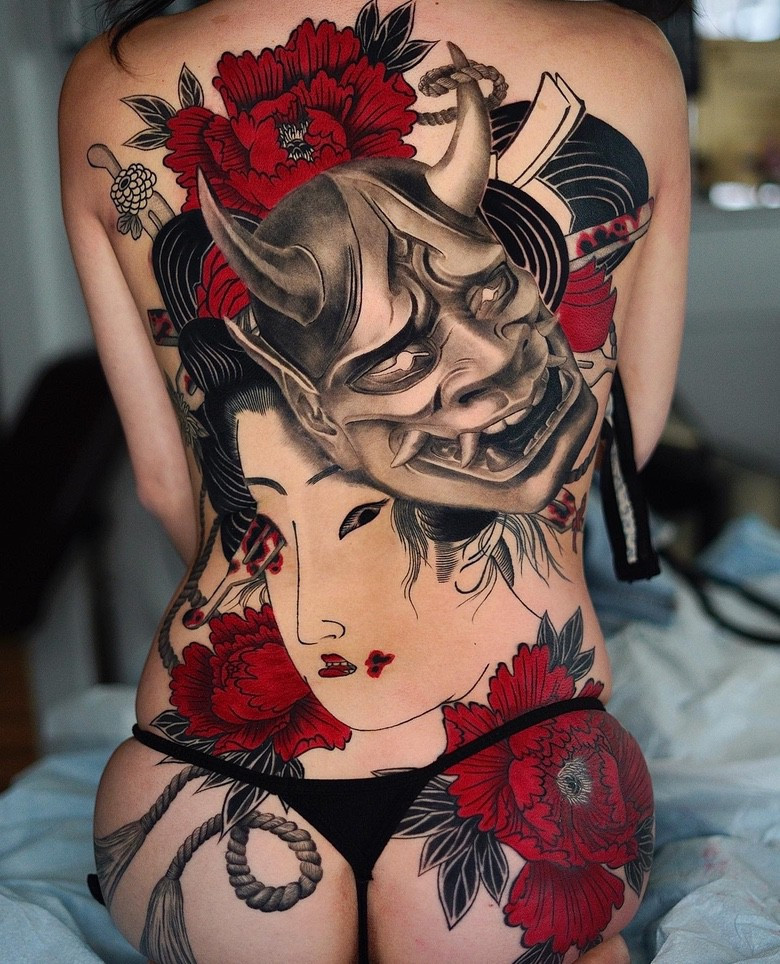 Back piece tattoo by @dino_oriental

What are the main features of your art, you can identify by yourself?

- I like to create strong contrast and try to express it in my paintings. Also, I like paintings that can be clearly distinguished and recognized at a glance even if I look at them from a distance. I like to combine various themes. Of course, I like to make details, but I don't like designs that look busy.

Why do you only work with black and red? What do these colors represent?

- I love bold contrast work and contrast color. When I visited the convention in London a few years ago, I found out my ideal style of tattoo as soon as I saw the body suit model.
The model has a very bold contrast of colored tattoos, and it caught my eye at a glance.

And then I realized I want to make my style not only stand out but also beautiful. And the answer was using red color.

I personally think red is very beautiful and powerful. When it comes to using black color simultaneously, it conveys a sense of energy and strength. 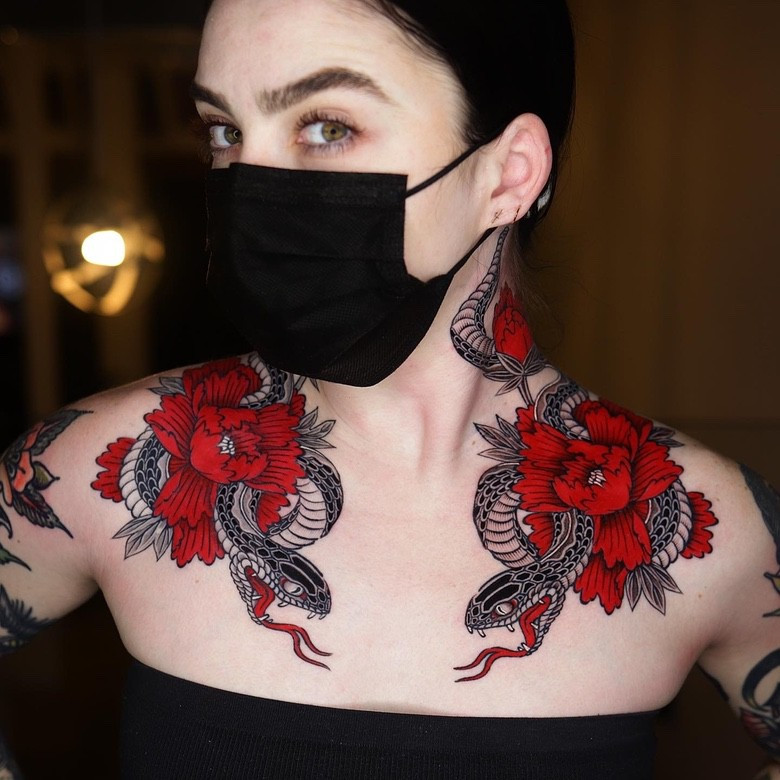 How do you transform a client's ideas into a tattoo?

- Before I start a project, I have enough conversations with customers and prepare to start a project. I want to create a classic but sophisticated design, and to create this the base of all my designs is found in the traditional Japanese painting Ukiyo-e.

Do you have any favorite tattoo projects? Can you tell me about them?

- I love big projects such as back tattoos and full leg sleeves. This is because I think the charm of Japanese tattoos comes from body suits and big works. It's classic, but it's very sophisticated, and it makes a strong aura. It looks like a warrior in armor. Also, it takes a lot of time and effort to complete the project, and good energy from a guest and me.
It is very difficult to complete a big project because clients also have to pay a lot of money and time and have long hours of pain. I'm currently working on a big project with several models, and I haven't posted it on my social media. I want to show you my new style, so I'm doing it secretly. I think many people will be interested in and like my work in the future.  It's very interesting to me and exciting too. 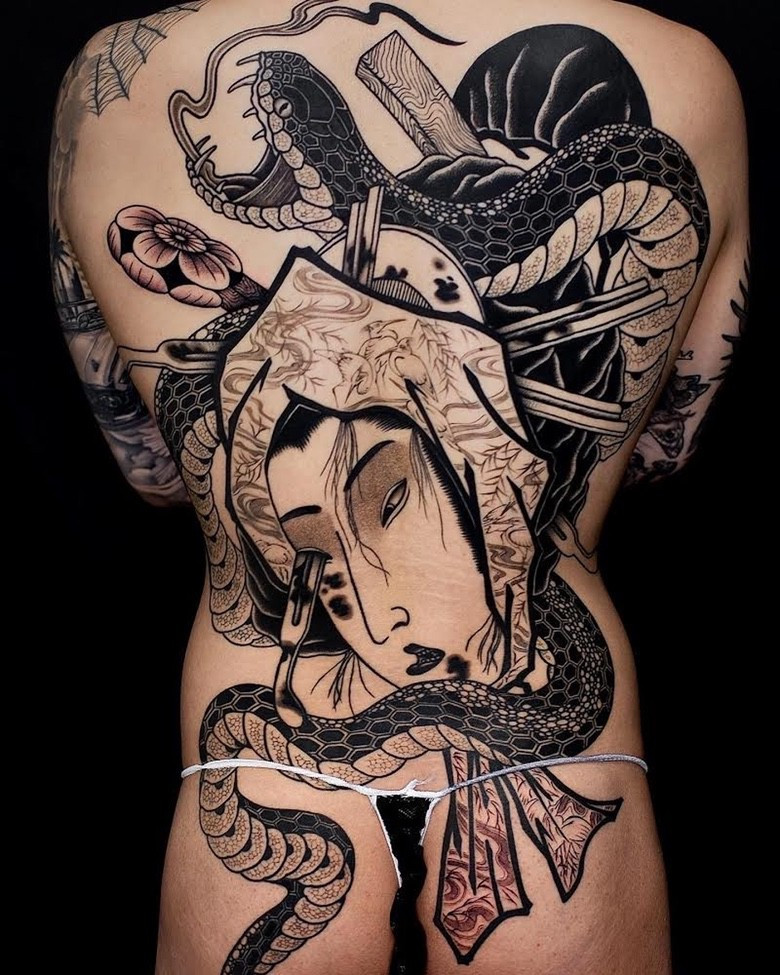 Tell me, where do you look for inspiration?

- I got inspired a lot by Ukiyo-e painting, and tattoo artist Horimaroo, who is a Korean tattoo artist. He has taught and helped me a lot to become who I am now.

We used to work and sketch together. He gave me a lot of advice so I studied based on that. Horimaroo’s work is very traditional as well as sophisticated Japanese style.

I still keep in touch with him and he always motivates me. He is a great mentor.  And I get a lot of inspiration and discover ideas from Ukiyo-e traditional paintings. I get ideas and inspiration from their paintings and interpret them again in my style and design them. Ukiyo-e is a really old painting, but it uses very delicate and beautiful lines, and it's classic but it's very beautiful. 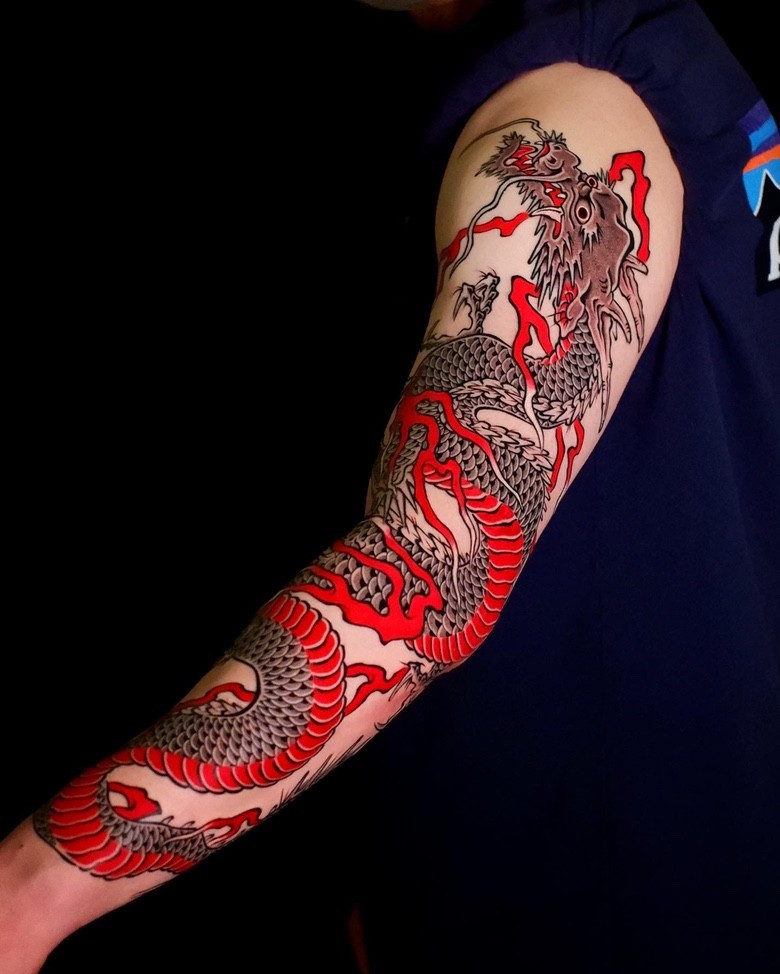 Tell me about the place where you currently work.

- I currently live in Los Angeles, USA and work at 10KF Tattoo. We have five branches in the United States and Korea, and we work with great artists of various nationalities.
Artists of various genres gather to create good synergy and inspire and motivate each other.

Do you participate in conventions? Do you have awards from tattoo festivals? 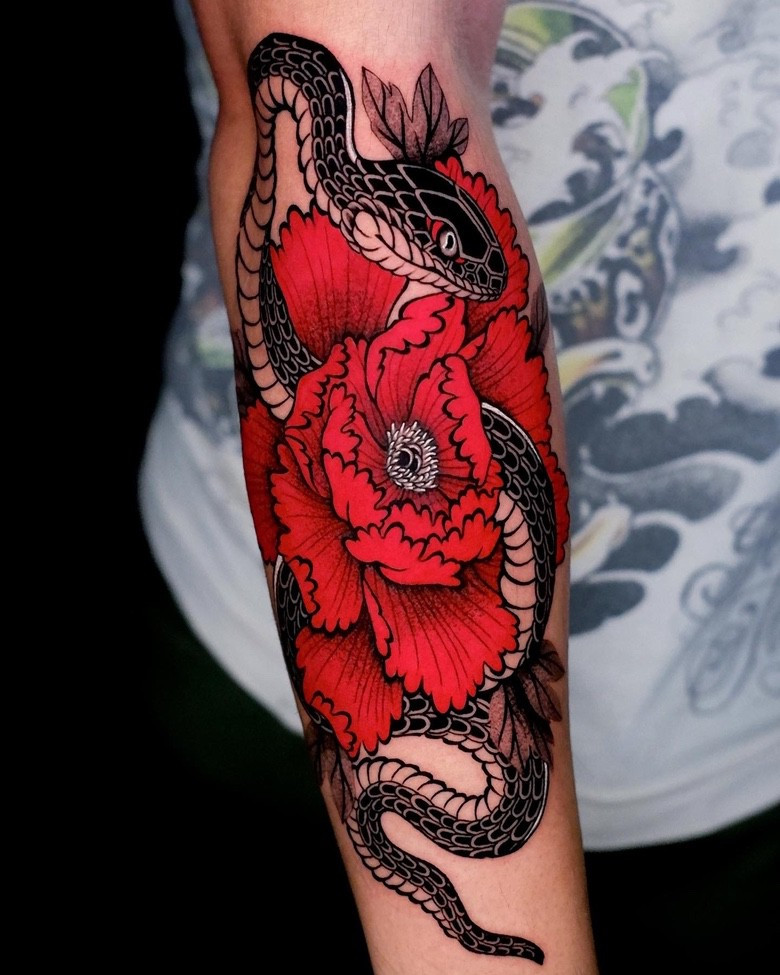 A snake and a flower Japanese style tattoo by Dino

Convention gives me a lot of motivation, and I learn a lot from it. Also, it is very fun to make many friends, travel around the world, meet friends after a long time, and participate in conventions together.

I have six awards. I won first place in Taiwan and Thailand conventions, second place in Singapore, and third place in Korea three times. Although I attended the Bangkok Convention two years ago as a judge, I will participate in the Mexico Convention in October and the Bangkok Convention in February next year for judge. I hope that all the viruses will end soon, that conventions will be held as actively as before, and we'll be able to travel around the world and meet friends. 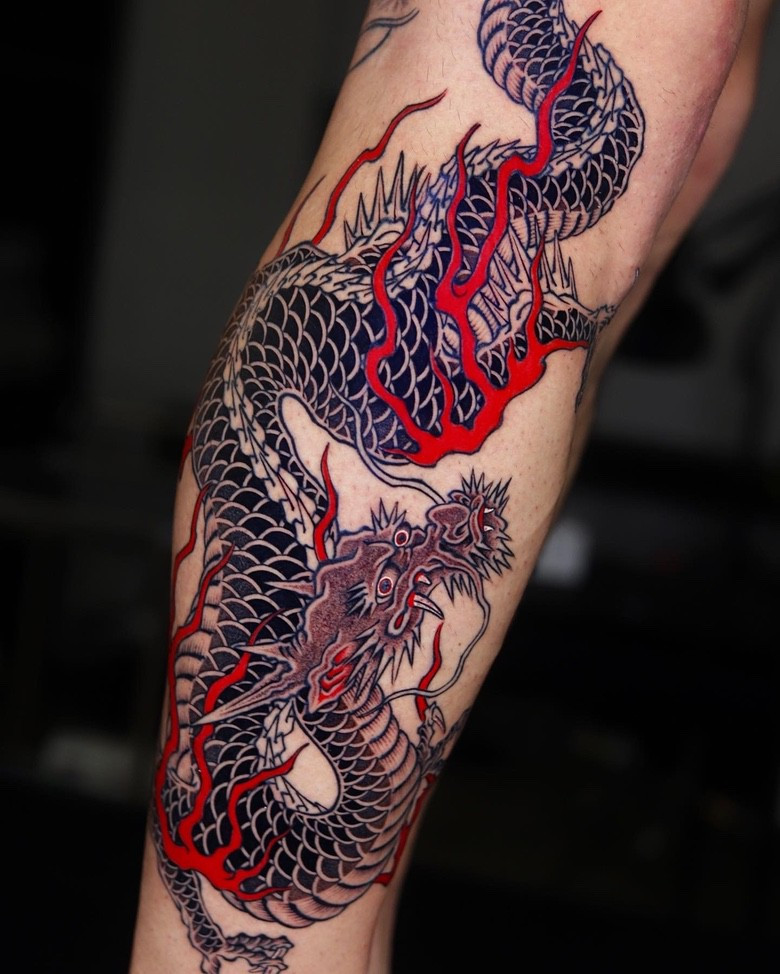 Where can we see you in the near future? Do you have any plans that you would like to share?

- Of course! As I said above, I am planning to participate in the Mexico convention in October and I’m going on an Asian tour early next year. I will visit Taiwan, Thailand, Singapore, and Hong Kong. I will have a European tour in the middle of next year. I will participate in a convention with my friends, wife, and models and visit many countries. I couldn't decide the exact schedule because the European schedule is a further future plan. I am looking forward to it and looking forward to meeting new friends. I hope that the subscribers who read this article will be interested in my schedule, and if you are interested in my work, I hope we will do a great project together. 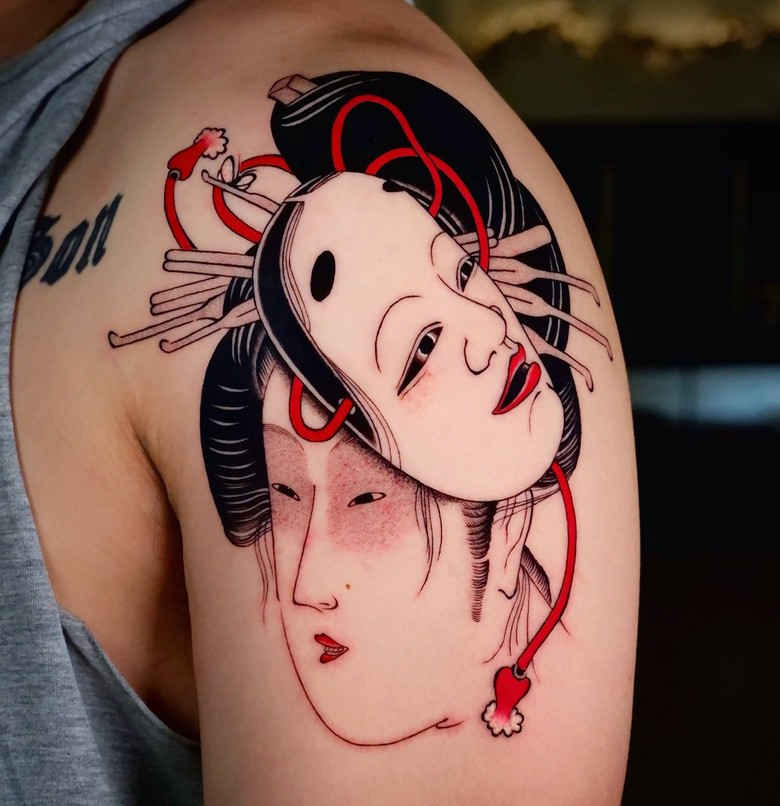 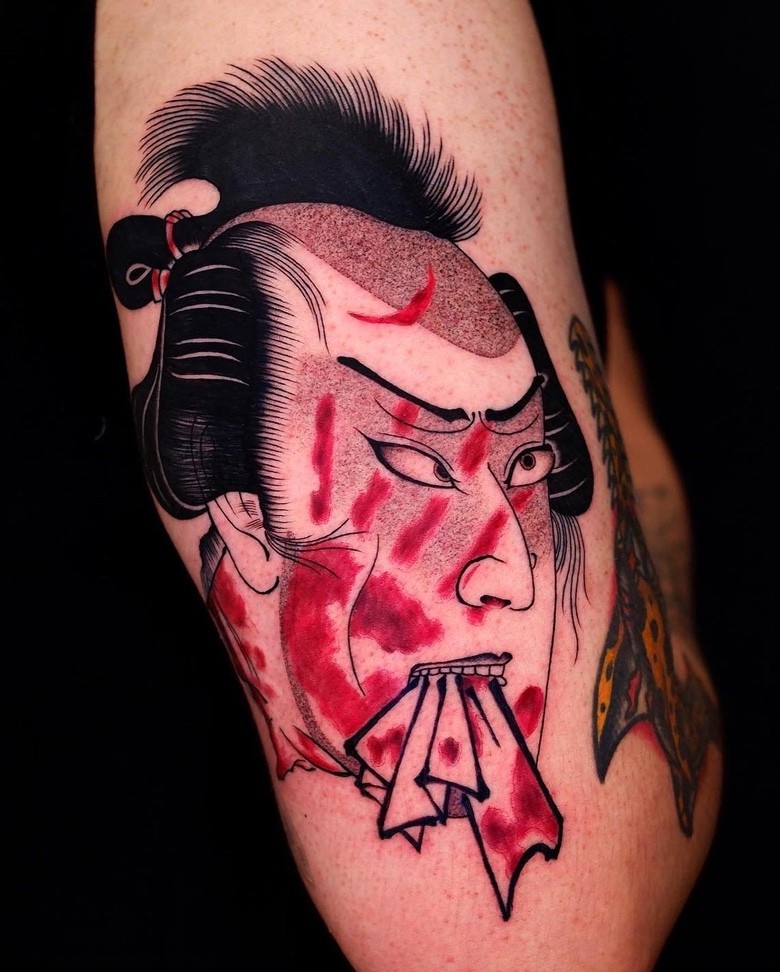 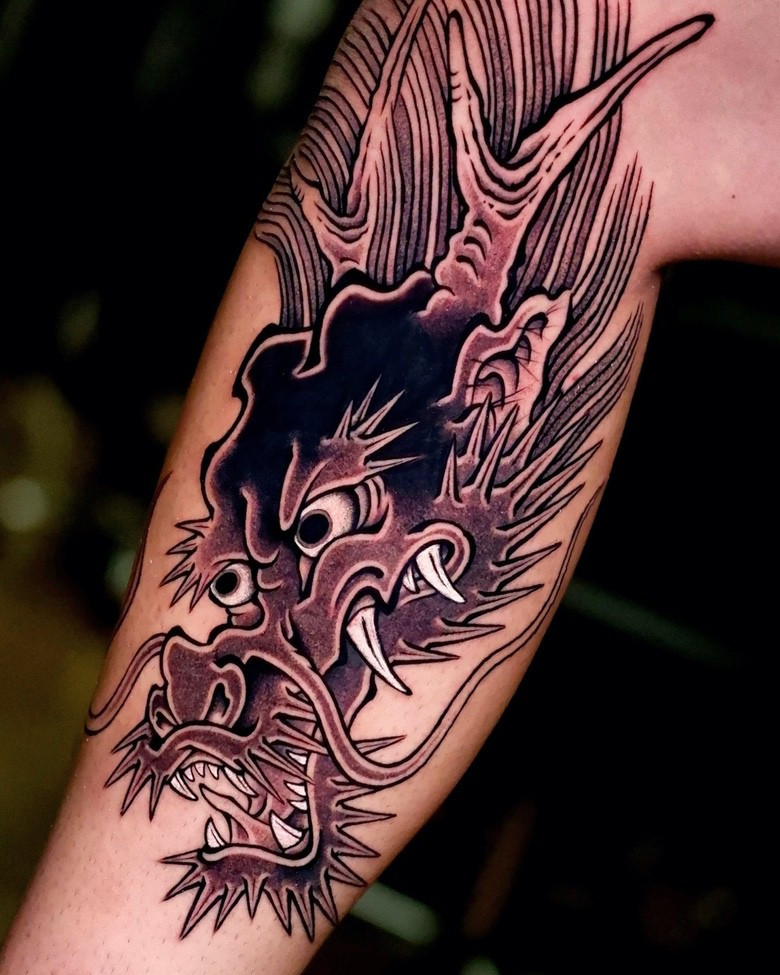