Grigory Pozdnyakov: about the profession, Turkish curiosities of tattoo care and European conventions

Grigory Pozdnyakov is a tattoo artist from Minsk, Belarus. For 8 years of his career as a tattoo artist, he managed to work in many European countries, earning the love of fans of high-quality tattoos far beyond the borders of his homeland. Now Grigory is working in Cologne, Germany, so you can see his realistic black and gray work on the inhabitants of at least 8-10 European countries.

Grigory told in this interview about his interesting path in the industry, the attitude of Turkish clients to tattoo healing, conventions in Europe and how he found his dream profession! 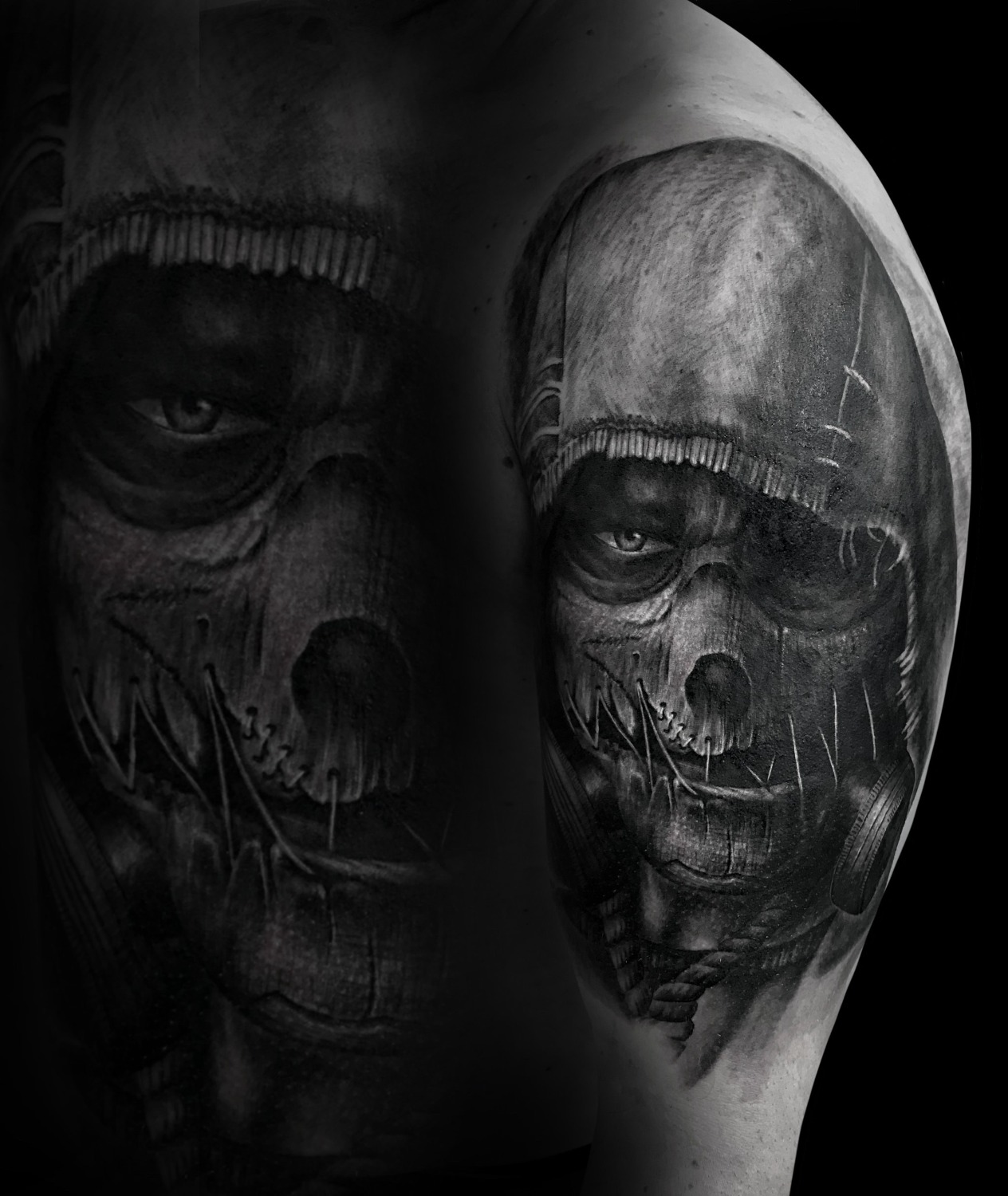 - How long ago and how exactly did your tattoo career start?

- I made the first tattoo for my friend in 2009, since then I have been doing this without ceasing.

It all started with the fact that I wanted a tattoo for myself, at the age of 14. We listened to heavy music and wanted to be like our idols, play in a band and have a lot of tattoos. But, due to age, it was not possible to make some kind of drawing on the body. Once our friend came to the company with a tattoo on his leg. We were 15-16 years old. As it turned out, he did it somewhere in the apartment, in some incomprehensible conditions, today its quality left much to be desired. We just wanted to be cool, and tattoos could help us in this more than anything. 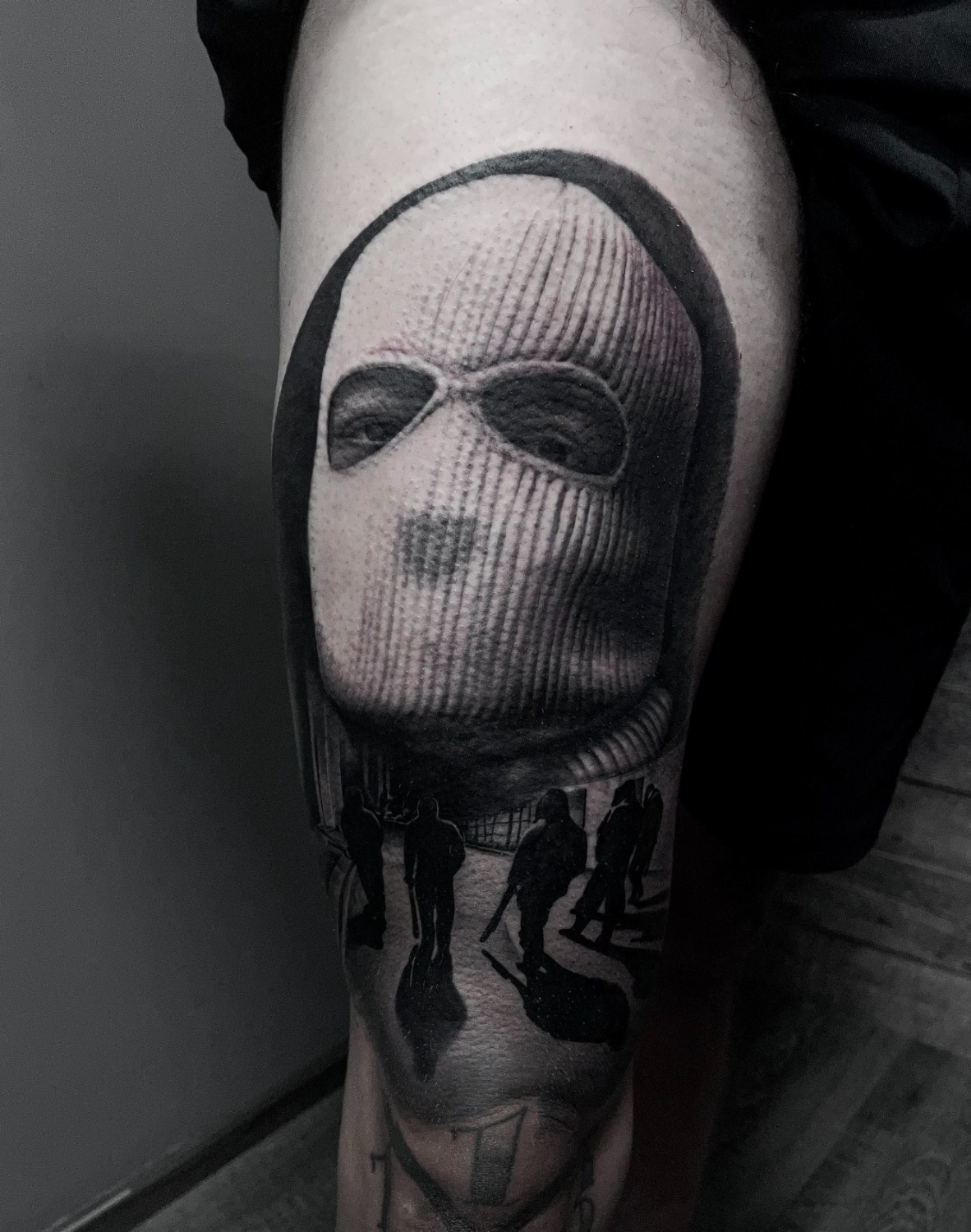 And we all went together and did something for ourselves, which of course we later regretted, but at that time it didn’t bother us, the realization came about 10 years later. But it was a story, so we are even glad that everything turned out that way.

And after the first tattoo, we began to think about the following patterns on the skin. In the course of the discussion, my friends remembered that I was constantly drawing, and every time when it came to tattoos, I was always urged to buy tattoo equipment and start doing tattoos. But I still did not dare because of the uncertainty that I could handle it. 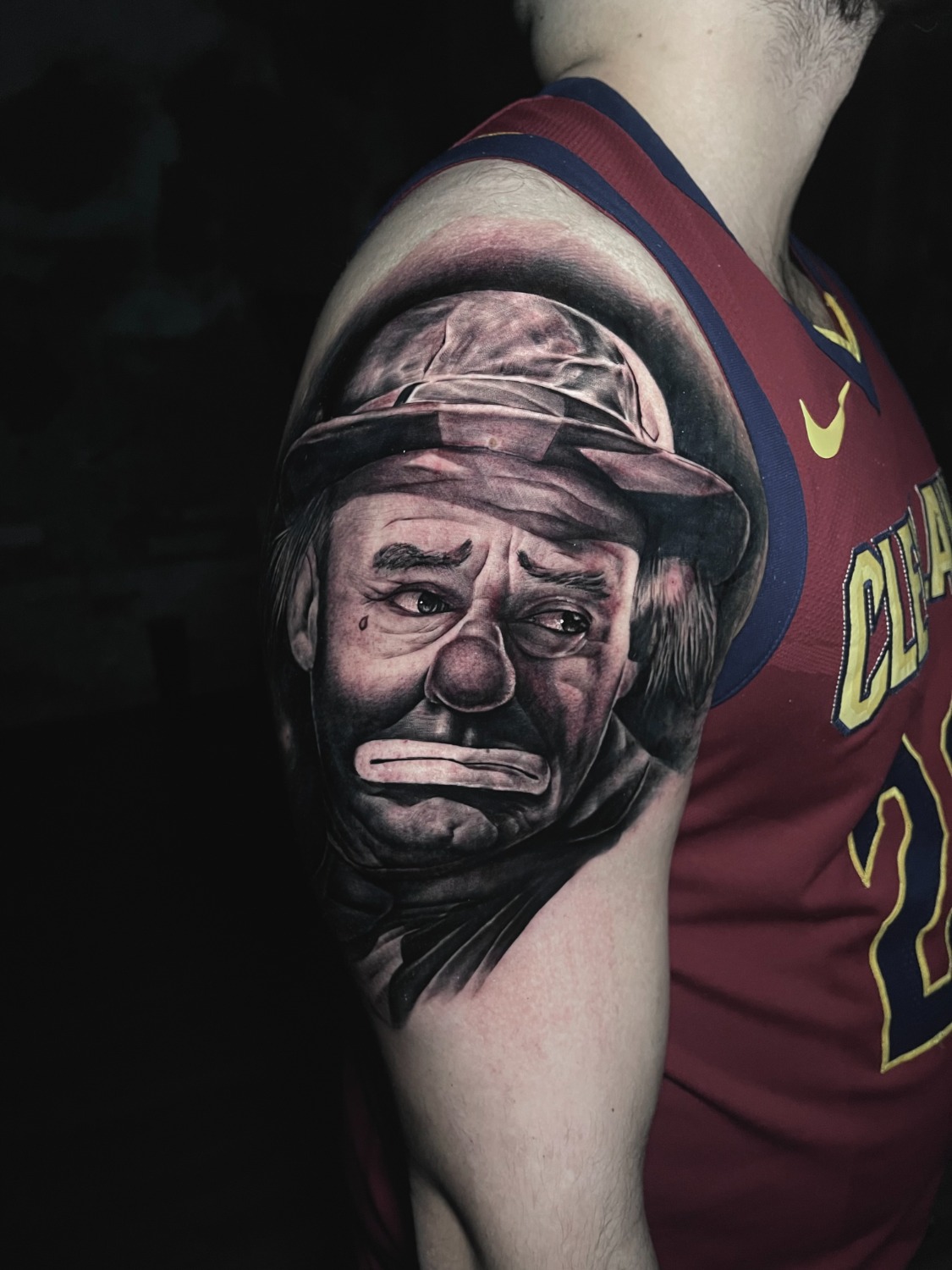 - Did you have teachers? How did it all start for you?

- A few years later, when I came to the next session, to the master Maxim Melnik, now a fairly well-known tattoo artist (but at that time he rented an apartment equipped as a tattoo studio). I brought him my drawings, so to speak, for evaluation. He took a stack, glanced through it, most of all he liked the drawings in the style of graffiti, although I was already quite fed up with this direction, in view of the fact that I had been drawing graffiti for 14 years. 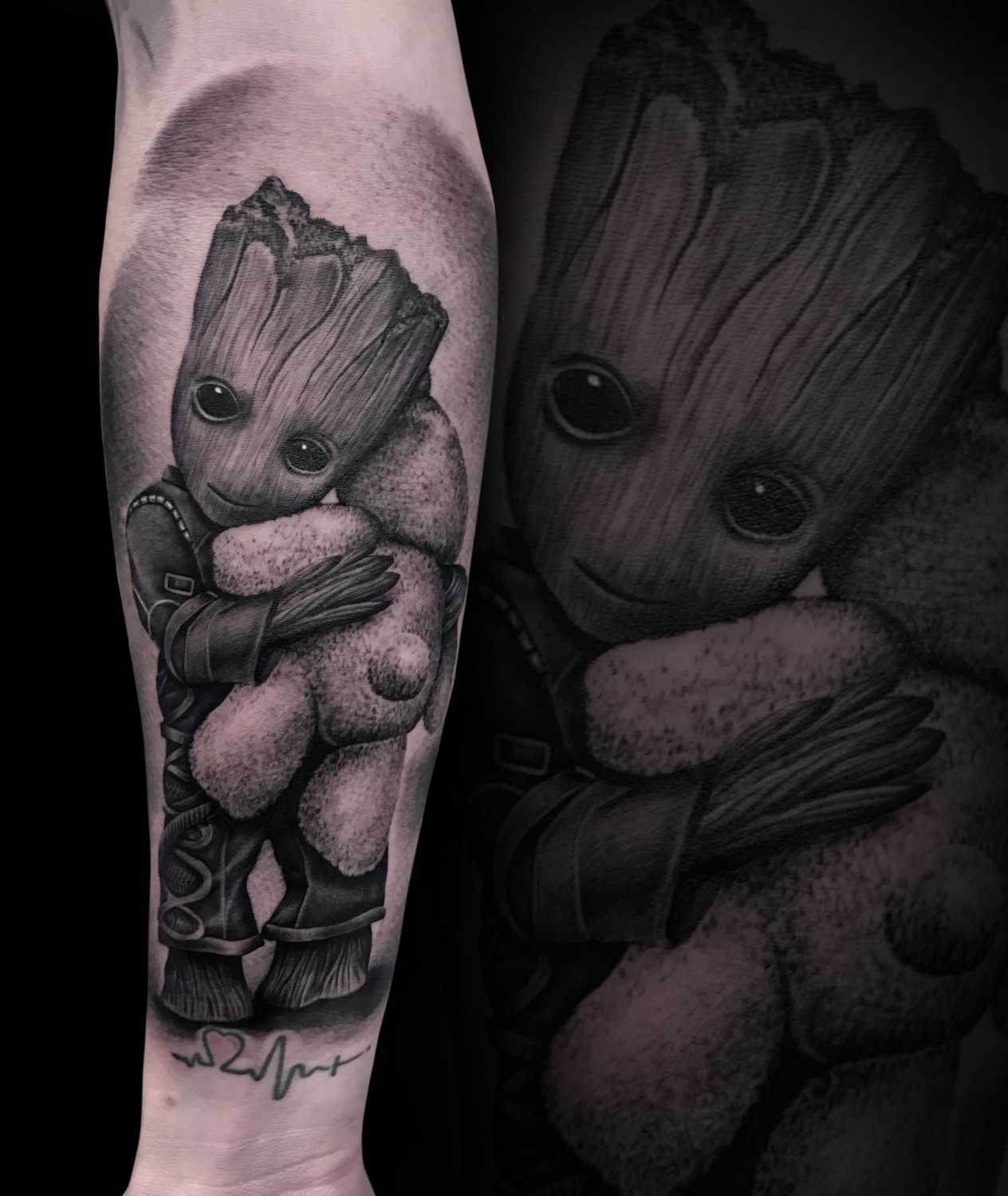 Therefore, it was decided to immediately take good equipment, with which Max helped me. I took the usual Workhouse inductions, which I worked with for 3-4 years later. Max showed me the basics, how to draw a line, make a shadow, how to hold hands correctly, etc. Let's just say it was a one-day course for a young fighter.

I first tested my equipment on oranges and bananas. A couple of days after I purchased the equipment, my friend called me and said: “I know that you bought the equipment and therefore I want sleeves! When can we start?". I laughed at this, because I had no experience, and how to make tattoos, and even more so some big projects, I had no idea. I suggested that he get some small tattoos, and then we'll see. 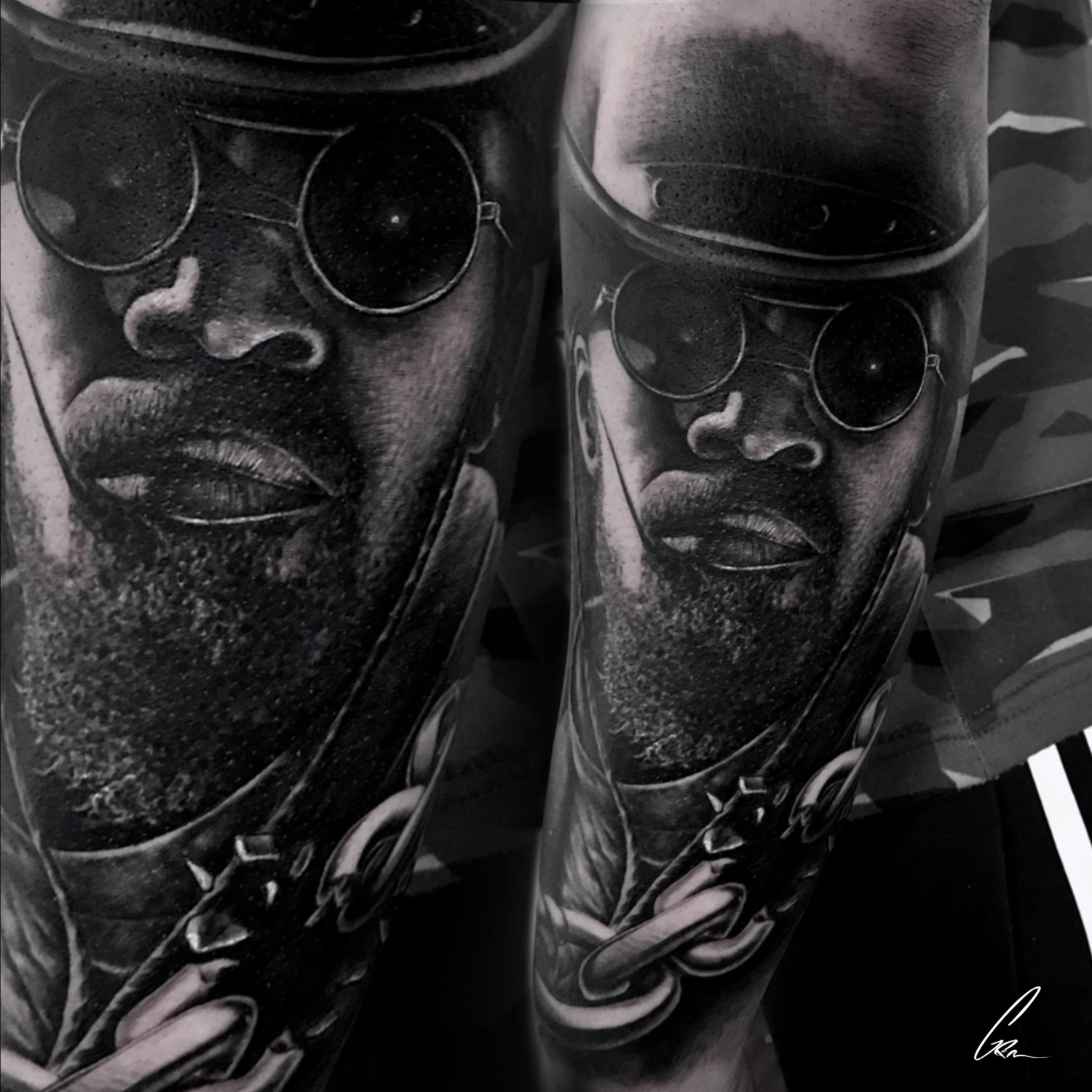 And after a couple of days, he brought our friend to a small tattoo, which I did under the supervision of my friend in the apartment. As I remember now, it was 2 small hearts on a leg. My hands were shaking, but something happened. We still communicate with her. I offered her several times to cover them up, or at least do it normally, to which she laughs and replies: "No! One day I will come to you in Europe for a tattoo convention and I will blackmail you". 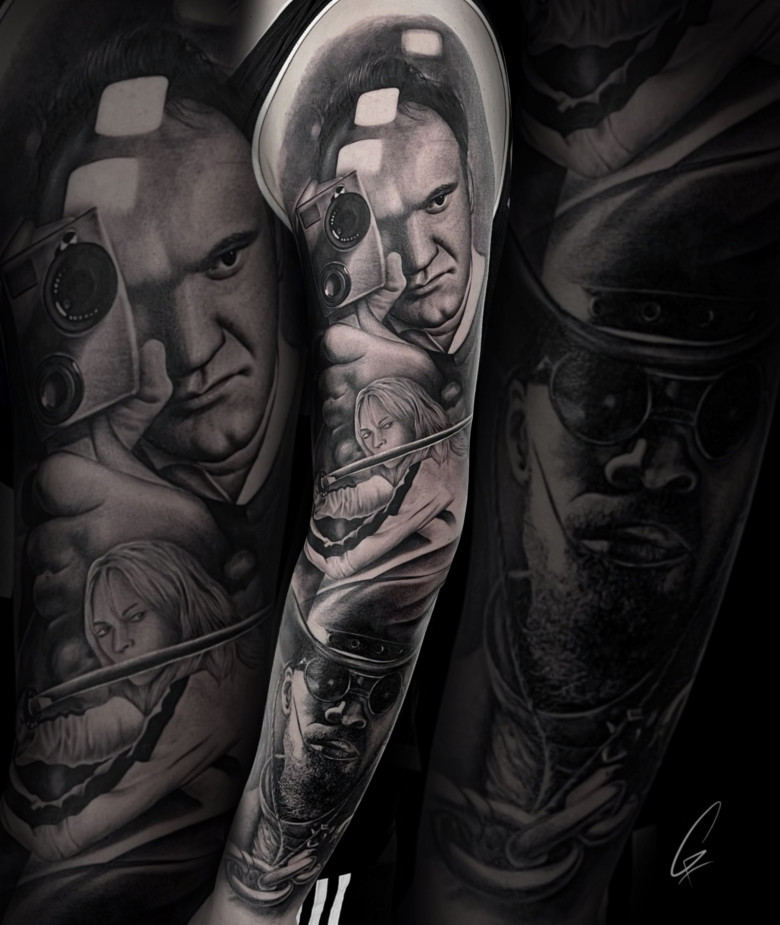 - Do you have any specialized art education?

- Art education I have. But I was familiar with drawing a long time ago. As a child I went to drawing lessons and drew all the time. In the future, this turned into graffiti-style drawings of walls behind garages. I often had to run from police officers (peace and blessings to them, I hope someday they will become kinder).

Andrey Afanasev, the founding father of scalp micropigmentation in Russia

Soon the drawings on the walls got fed up, it seemed to me something monotonous, and I began to try to draw everything from some incomprehensible surrealism to realistic portraits. When I began to slowly comprehend the basics of tattooing, I set myself the goal of drawing every day in my free time. Every time I came back from school, I took a sheet of paper, searched the Internet for a reference, it could be anything - a portrait or a photo of some object, and tried to transfer it to paper, later on my entire wall was hung with drawings. 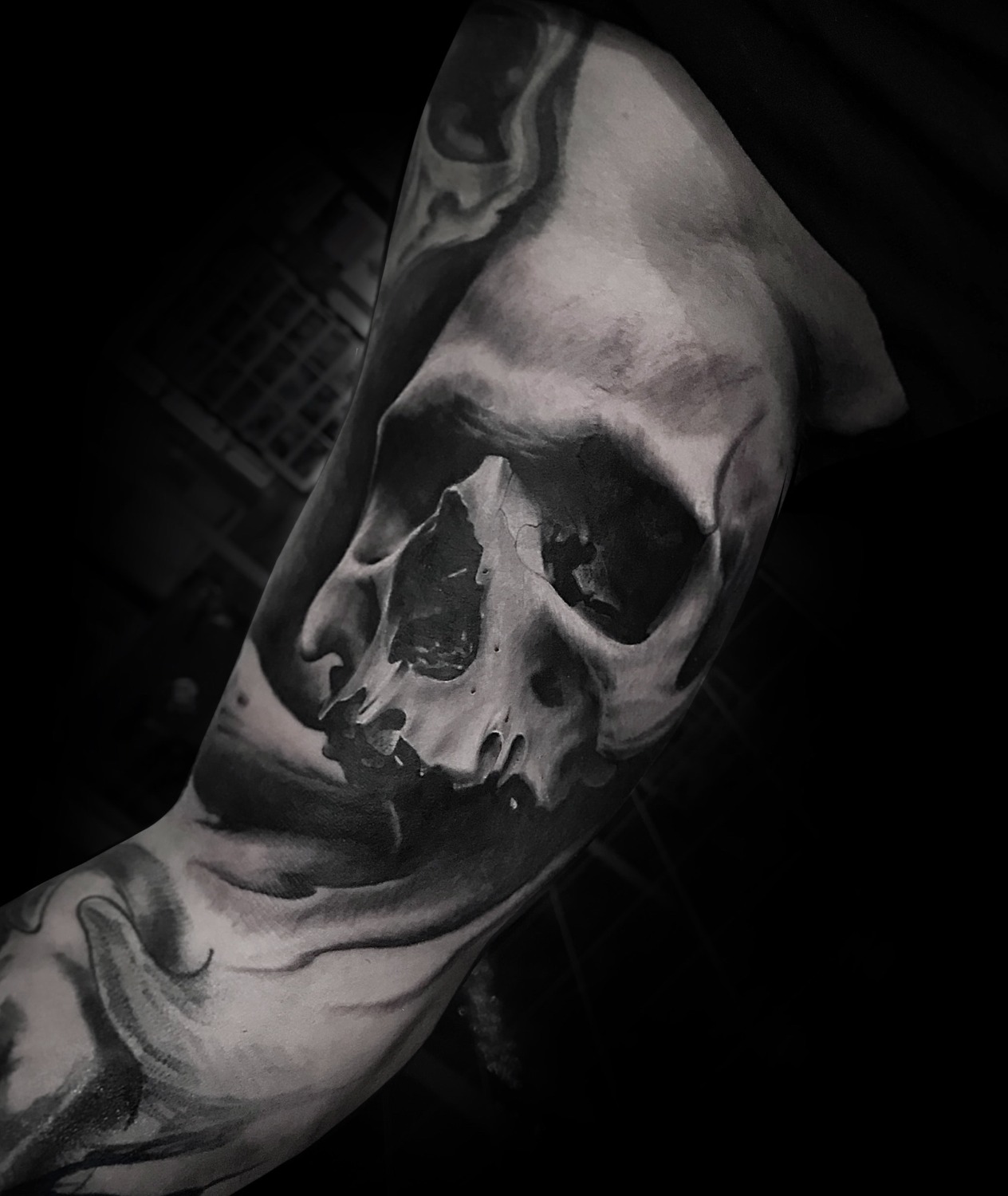 - What possible job have you left for a career as a tattoo artist?

- I studied at the College of Electronics, I am a programmer by profession. Passion for creativity helped me to pass the exam in Photoshop as an external student, which later came in very handy in my work, since I did all the tattoo designs in this program.

After graduation, I got a job at the Scientific and Engineering Unitary Enterprise "Institute of Applied Software Systems". And at the same time, after work and on weekends, I worked in a tattoo studio. After a year of work at the research institute, I began to understand that I couldn’t do both programming and tattooing at the same time, and I decided to finally make a choice in the profession. 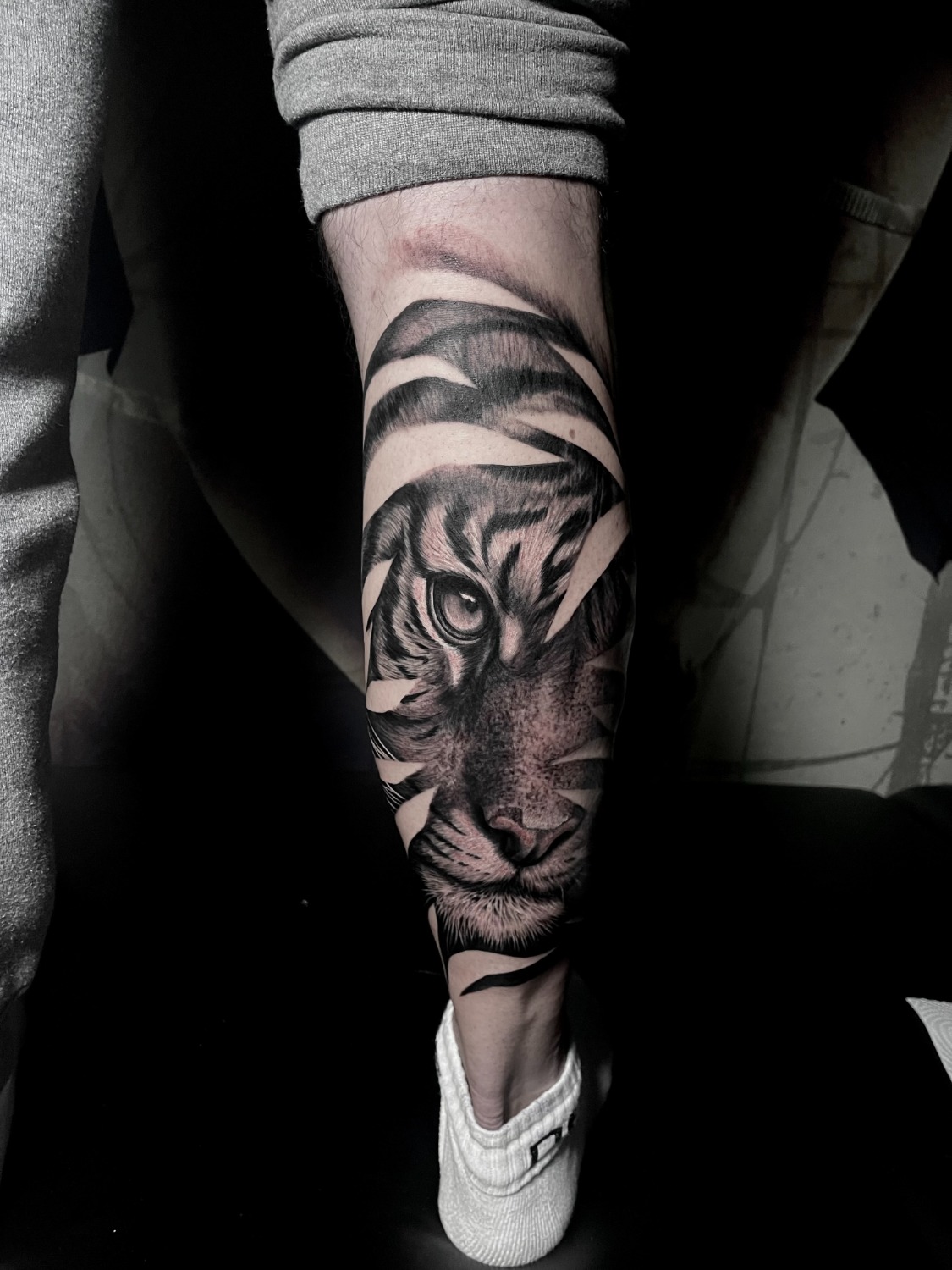 Despite the fact that I always believed that tattoos are a hobby, and programming is my future, which will allow me to achieve something more in life, I still made a choice in favor of a tattoo, and it was at that moment that something in my life has changed.

A couple of days after the dismissal, my friend went to work in Turkey and invited me to go with her. It didn’t matter to me at all what kind of work there would be, at a construction site or in a hotel. I just wanted to take a breath and make a change because I felt like I was making a mistake by ending my career as a programmer. 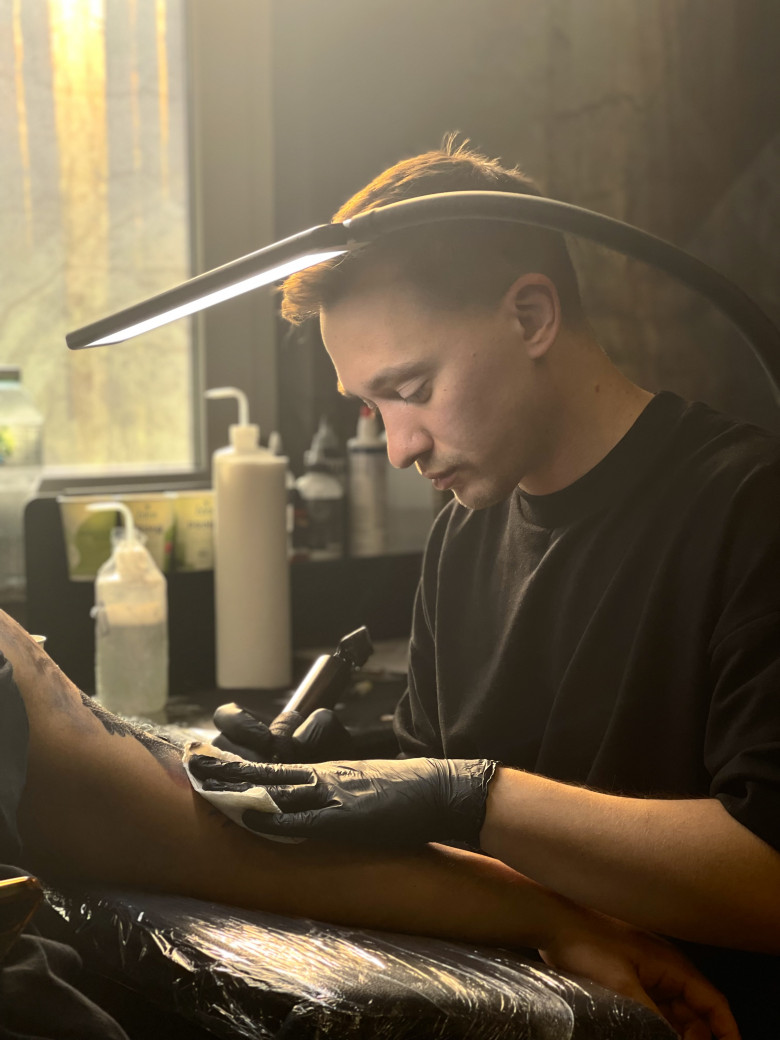 And while on the plane, I decided to try to look for something that I like. I typed in the search in VK: “Work in Turkey tattoo parlor” and the first link was given by a tattoo studio, as I remember the name “Royal tattoo”. They answered me almost immediately, the conditions, of course, were not like it is now in Germany or Europe, but the thought that I was going to the sea and doing what I loved made me happy. There I met 2 guys from Ukraine, who explained to me how, where I can go and under what conditions everything happens. This is how my 2014 started. 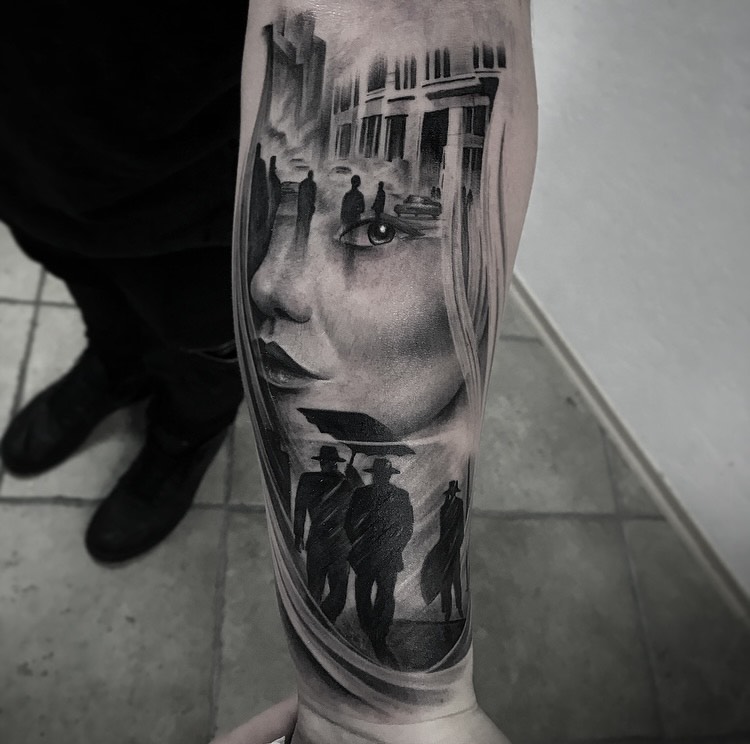 - How did you get into black and grey realism? What kind of work do you like to do?

- Over the years, I have tried different styles, but most of all I liked the realism, both color and black and grey. There are few color works in the portfolio, we can say that it is not at all. The reasons for this are simple, I could not find clients for a color tattoo in realism, and in color I had to be content only with neo-trade and old school. But with black and grey realism, things were much better, and after a while I decided to completely abandon the color and stay only in black and grey tattoos. Now I use color only for canvases. 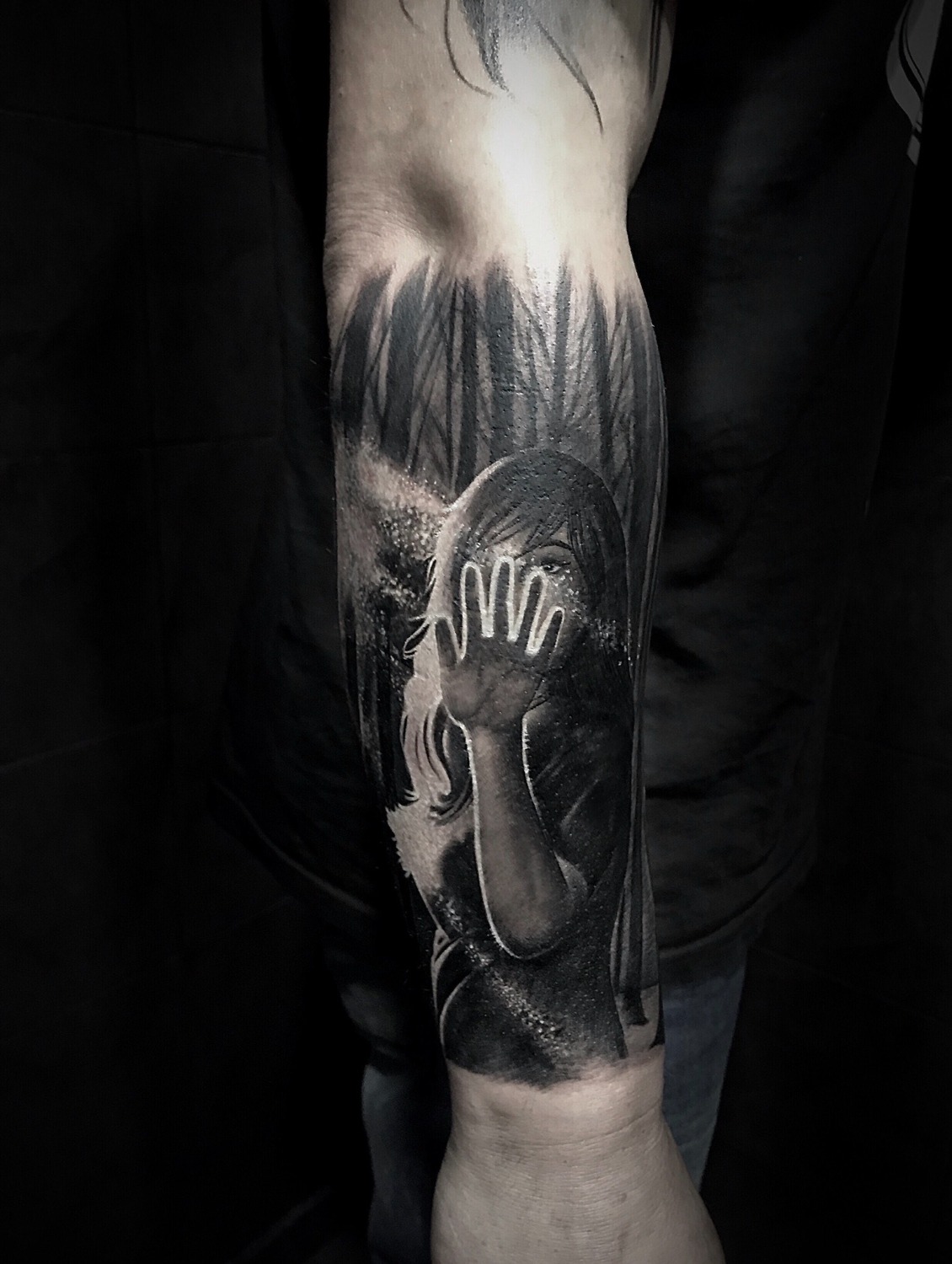 -  Do you plan any personal events, activities?

-  I love making pets tattoos, especially dogs. Every time I come home to Belarus I try to help shelters for homeless animals. In the near future, I plan to make an action in Lithuania “make a tattoo of your pet and help the homeless” and transfer most of the proceeds from the money to animal shelters. 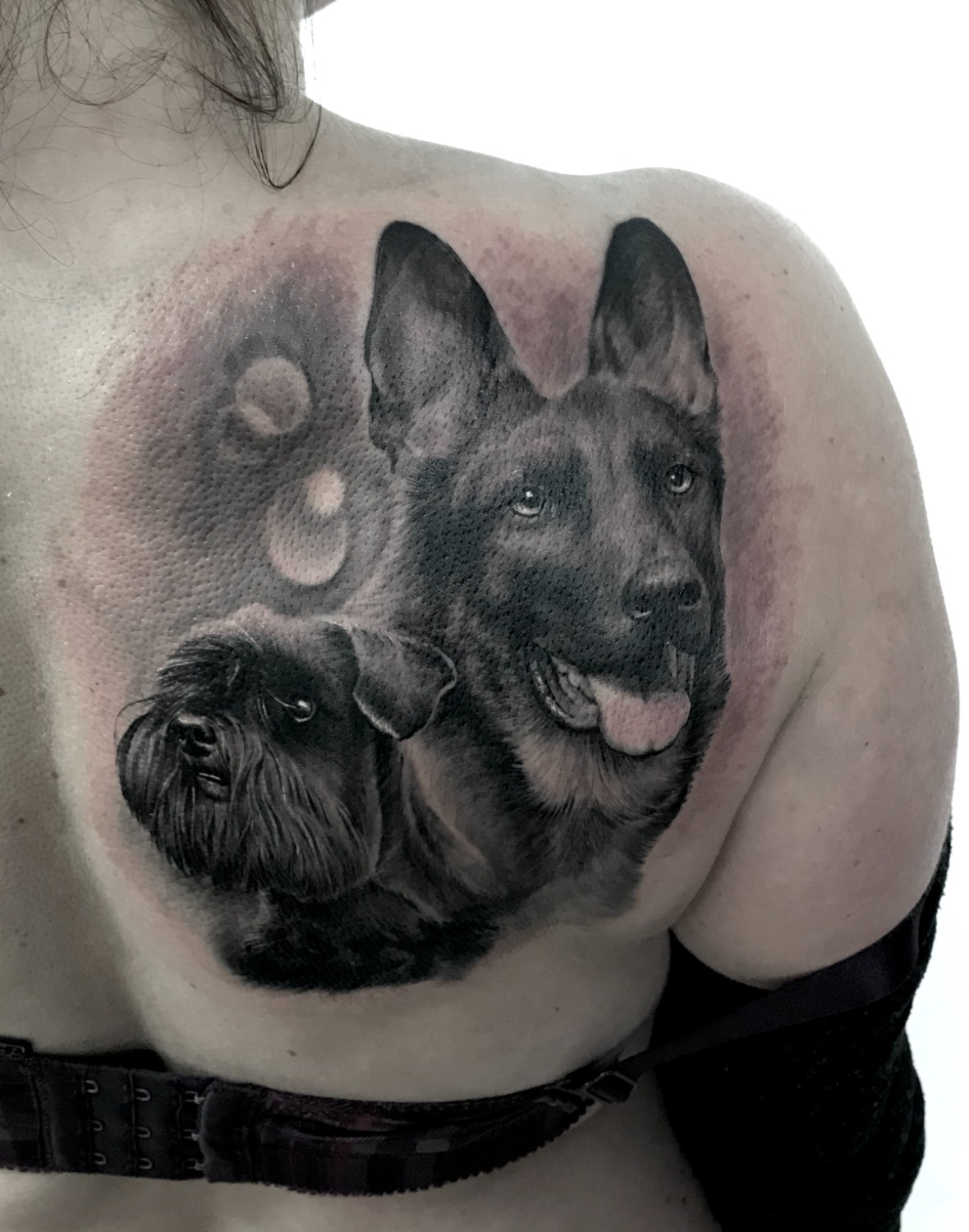 - How extensive is your tattoo geography? Where have you already worked and where would you like to work in the near future?

- During my time in tattooing, I was able to visit a few countries, but managed to live for a long time in some of them. On my list: Turkey, Lithuania, Latvia, Poland, Germany, the Netherlands, Belgium, Denmark.

I had my first guest spot in 2014 in Turkey, where I learned how badly people can feel about their tattoos. It was just making money, no creativity. Immediately after the session, the client could be found swimming in the sea or sunbathing on the beach with a fully exposed tattoo. Since our studio was located on the first coastline and, leaving the studio, you just had to cross the road to the beach - most of the clients rested right in front of the studio. “Wild horror” - there is no other way to call it. 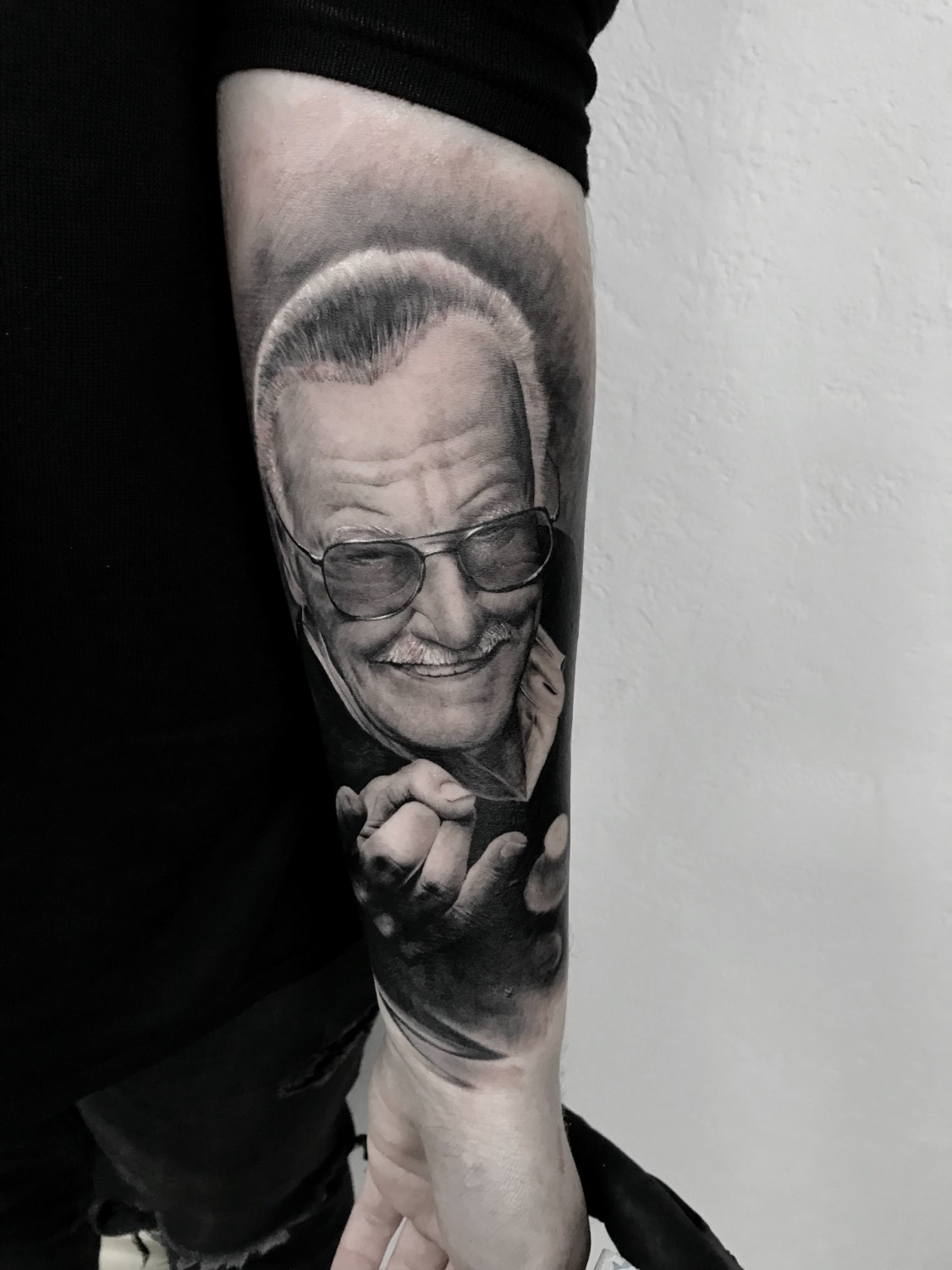 For 2 years I worked in Denmark, then the Netherlands, Germany and Belgium. Everywhere I met guys from Russia and Ukraine, and thus I realized that the Russian-speaking tattoo community in Europe is quite extensive, so in the future I didn’t go anywhere - there were already friends and acquaintances everywhere.

- Are you planning any personal events like exhibitions, merchandise or participation in conventions? 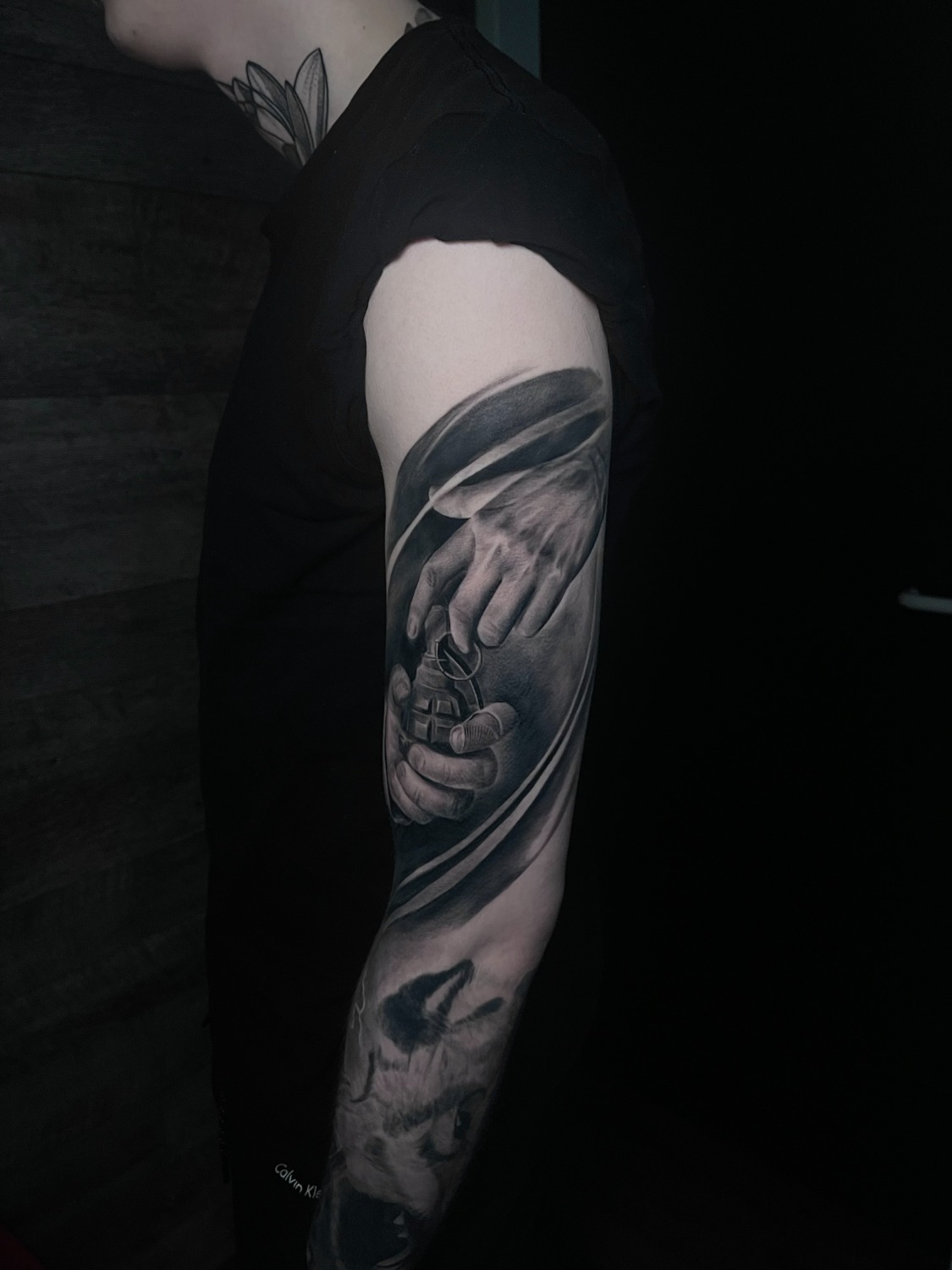 The last tattoo convention I worked at was in Rotterdam this year and to be honest things have changed a bit, not as many people as before, not as many artists. Some Europeans still have a fear of contracting the coronavirus, so there is not such a large influx of visitors as before. The good news is that everything is resuming again, people are organizing tattoo conventions and festivals, and everything is back to normal. 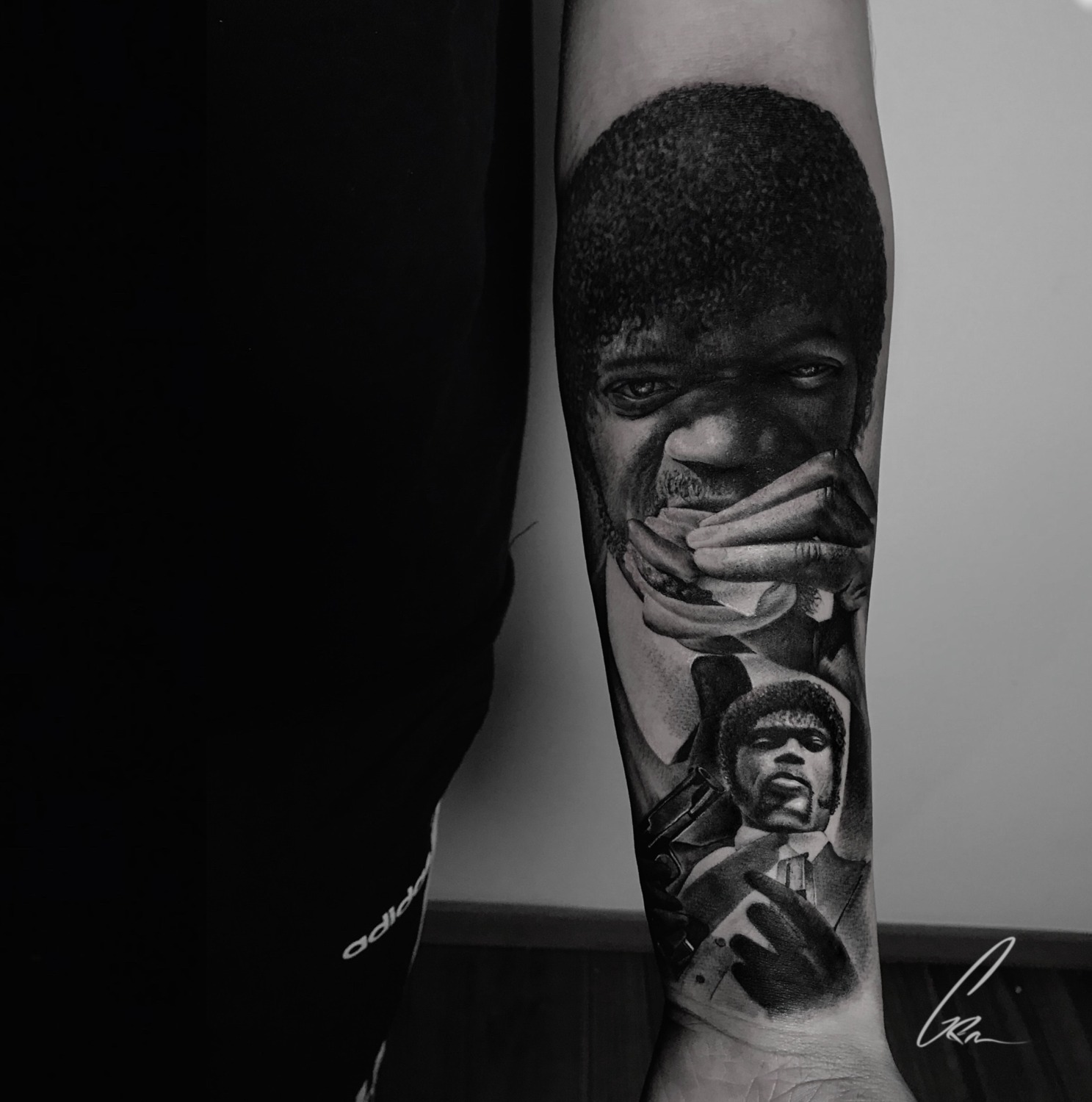 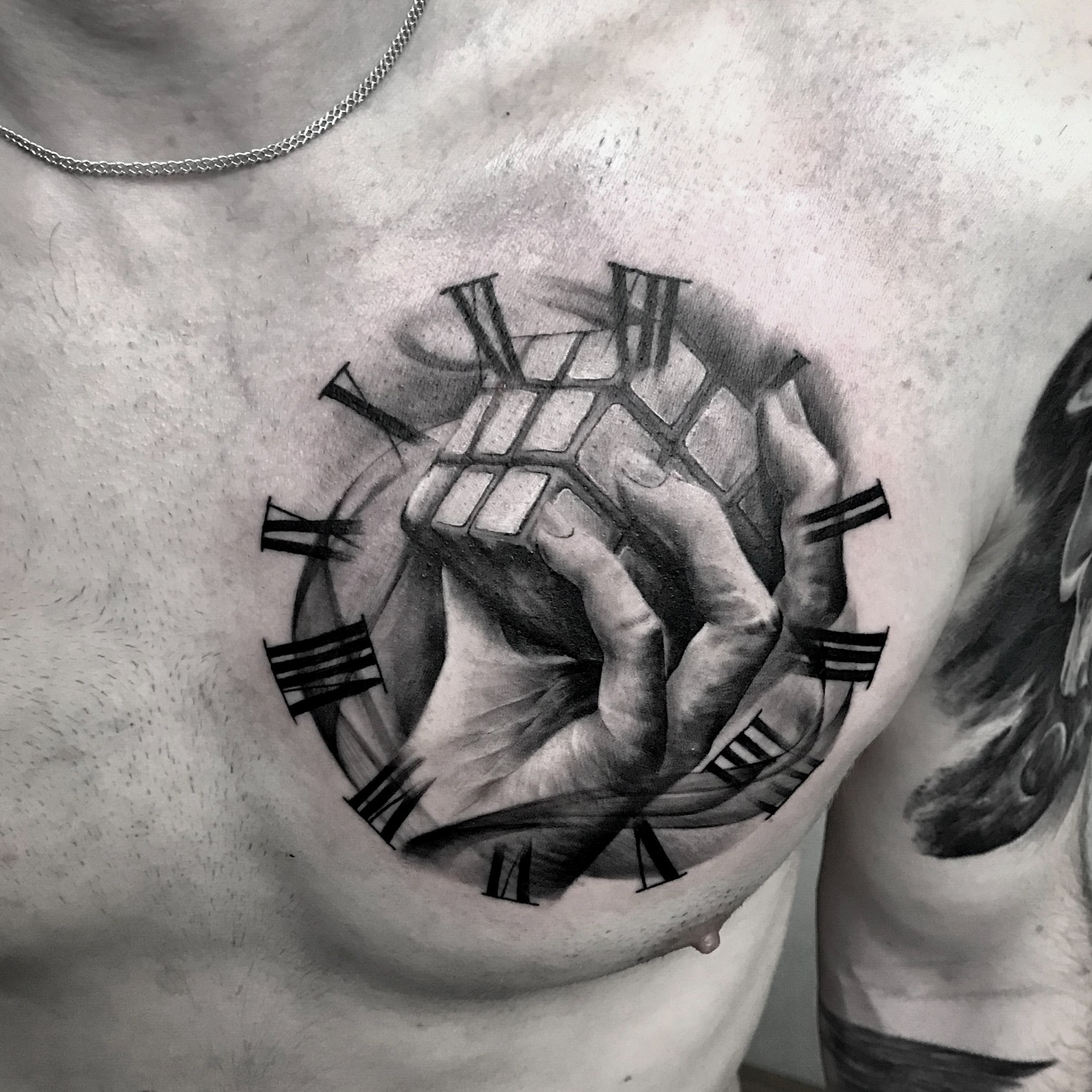 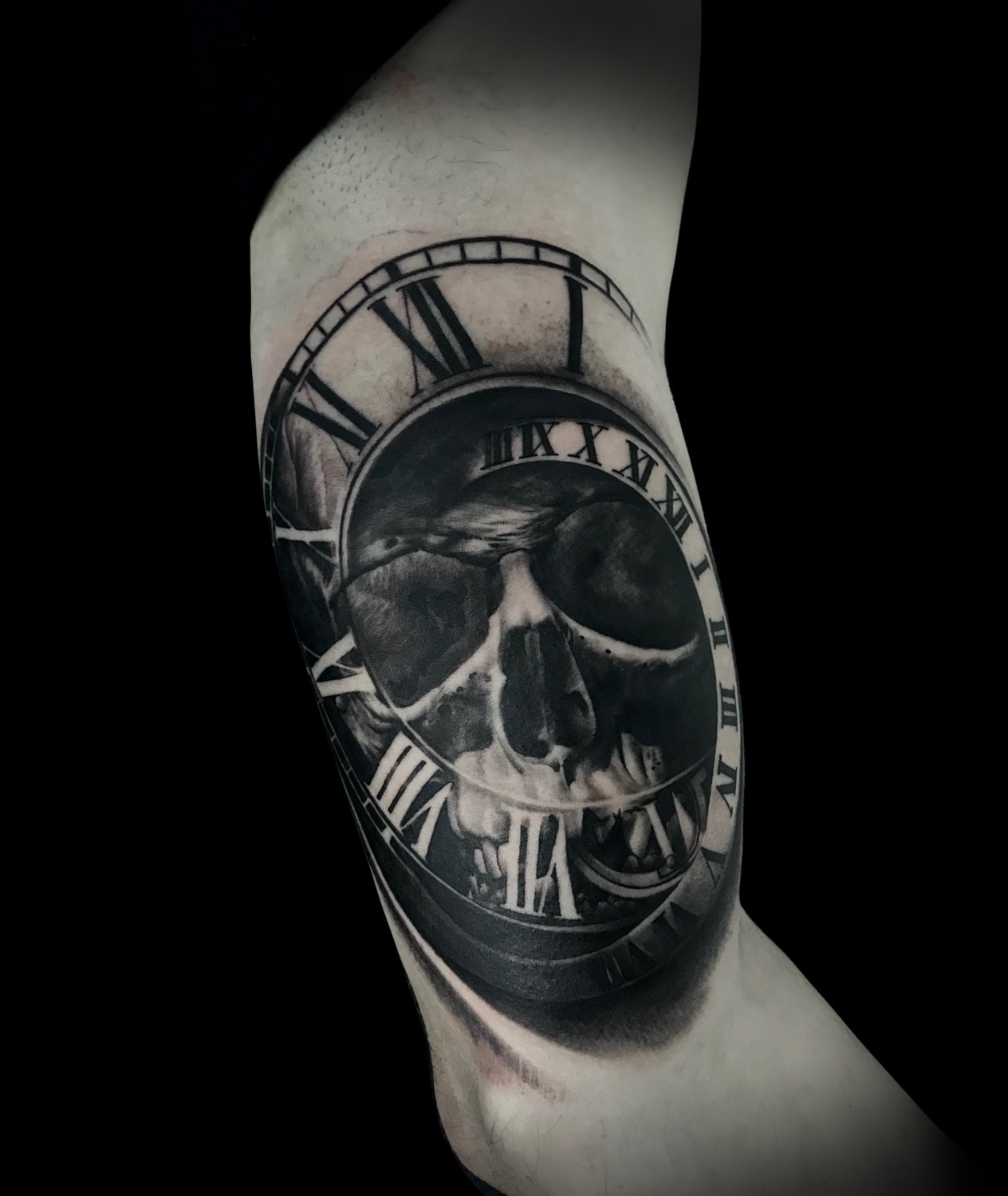 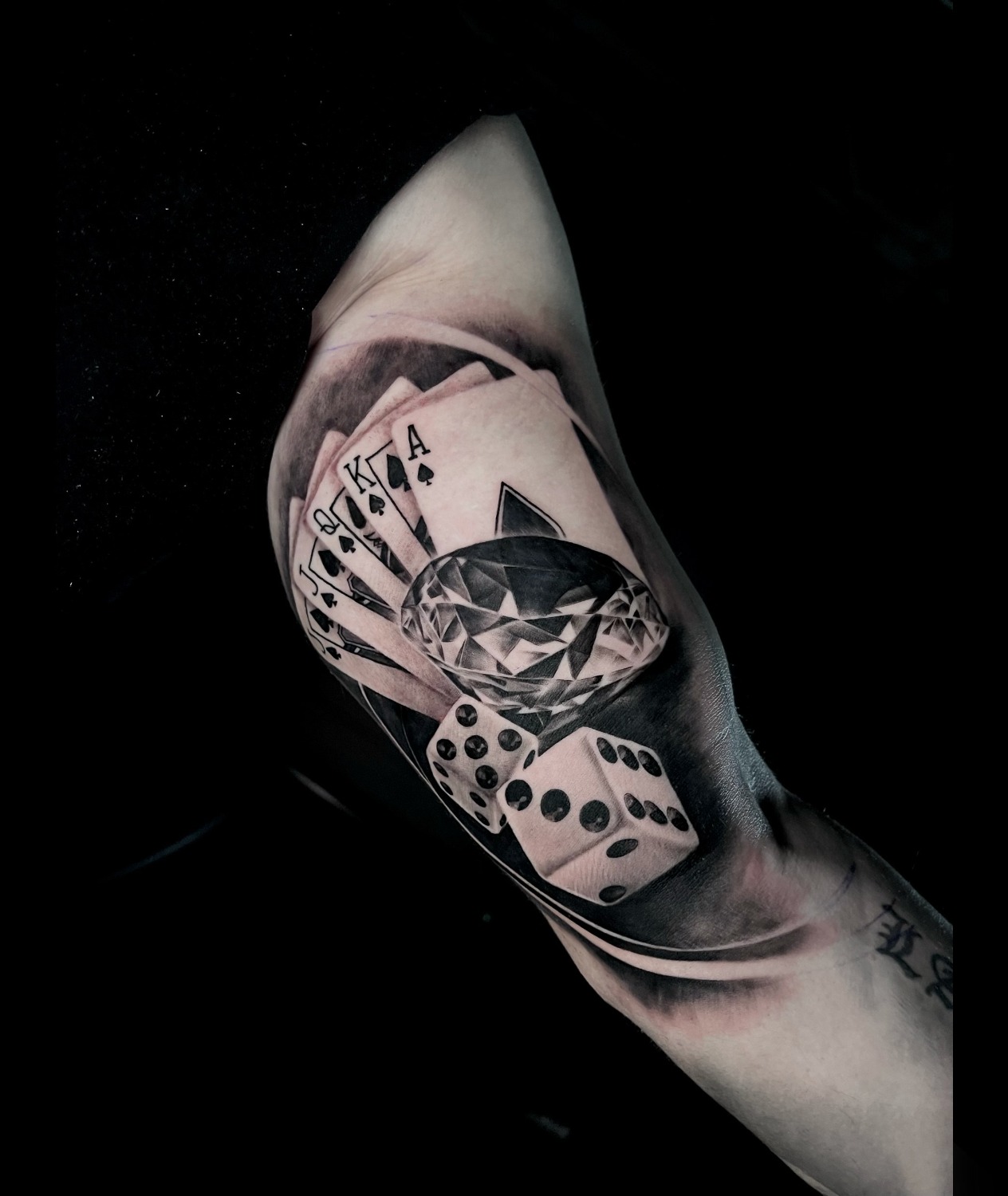 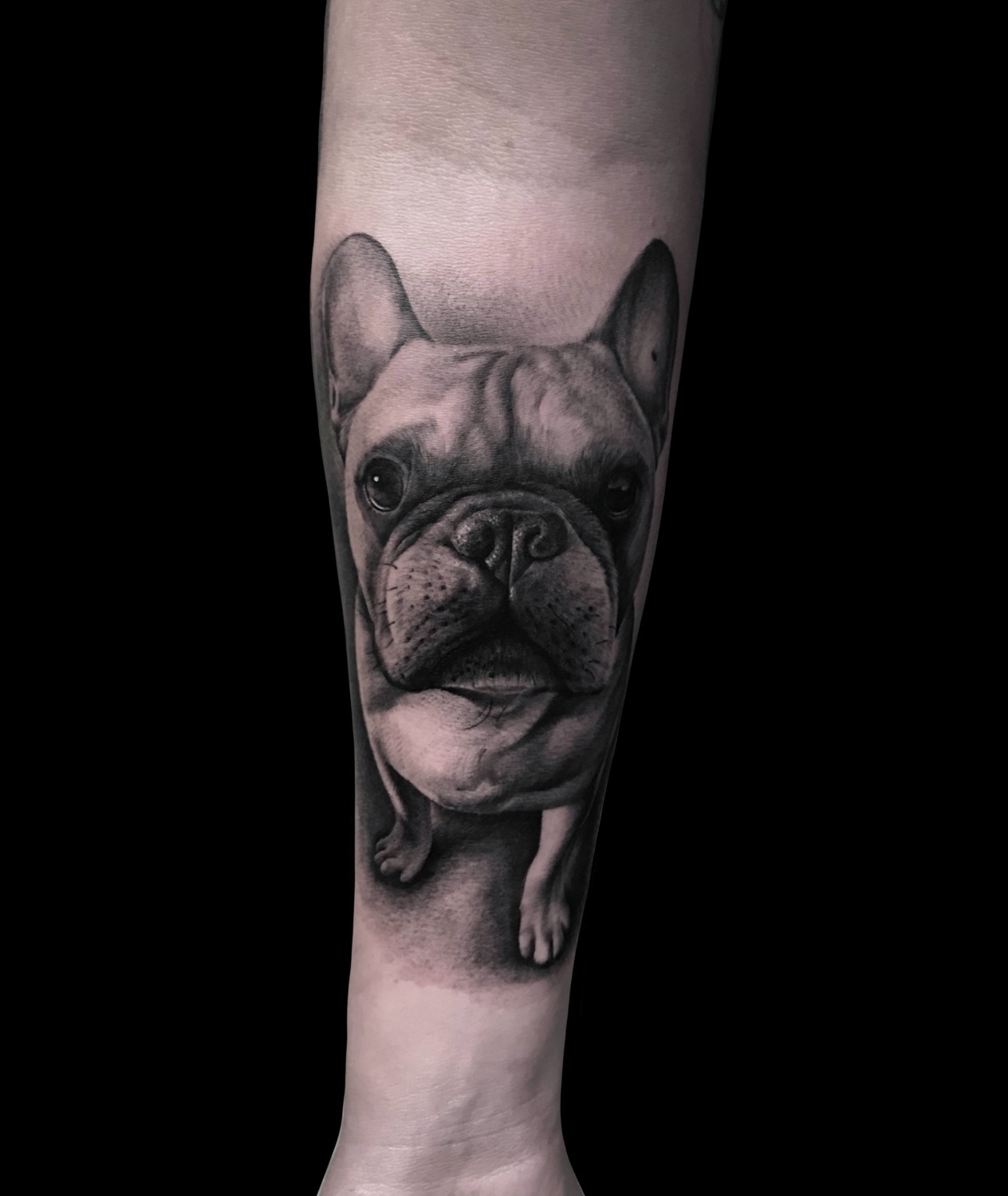