A face of the new generation of traditional tattoo - Arseny Bozhinov 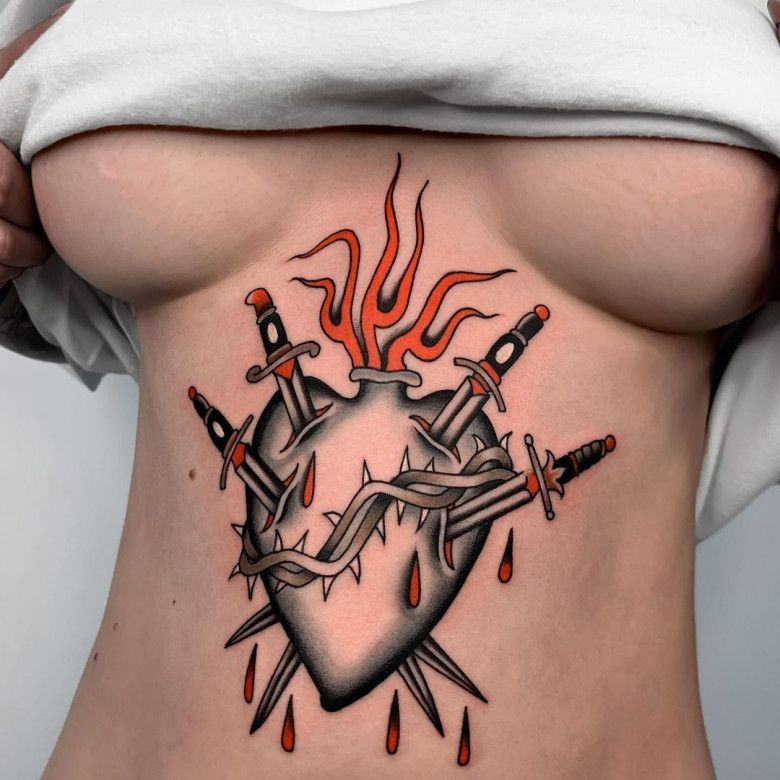 Hey, dear fan of tattoos and fine arts, admit that you are also tired of endless portraits of the Joker, Marvel heroes, snakes, wolves, and even the Japanese Hannya masks have filled the entire Internet space. At the moment when everything new is so tired, it's time to remember the mother of all styles - the good old traditional tattoo.

It is now gaining popularity again among the younger generation of tattooers and, of course, tattooed people. And this cannot but rejoice, because for many decades for any traditional and old-school tattoo, the status of a prison, gangster, marginal was firmly fixed (in Russia for sure). Oh, how nice it is to realize that the growth of its popularity speaks of the gradual withering away of these conjectures in the bright minds of our compatriots. Just take a look around how great the girls and boys look, who give their preference to the classics of tattoos. 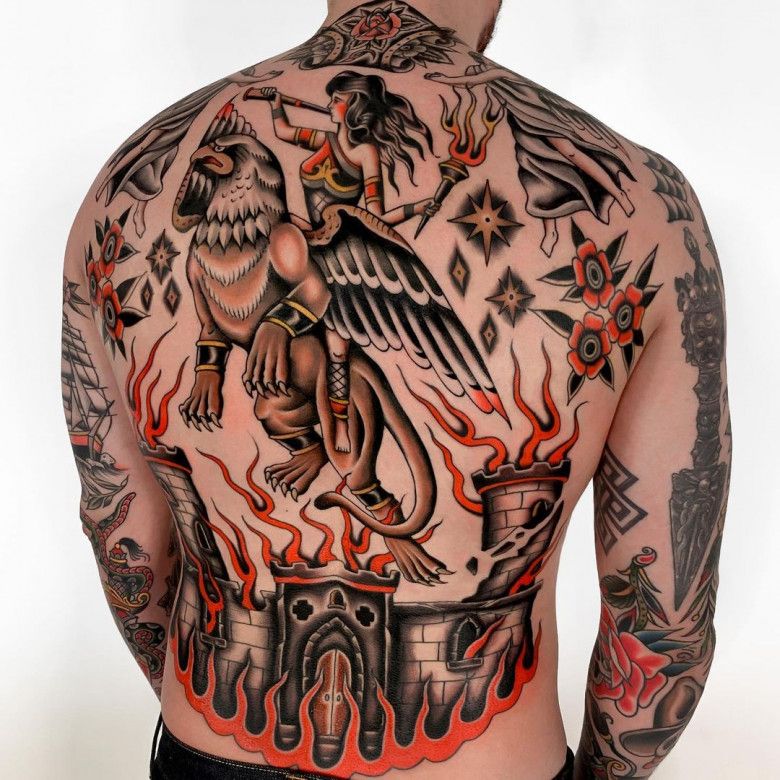 However, there are still not so many truly professional tattoo artists immersed in the history of tattooing in Russia and the post-Soviet space. We would like to introduce you to one of the best representatives of this style in this article. A tattooer who successfully popularizes the old school, using in his works the rich cultural heritage of traditional tattooing - Arseny Bozhinov. 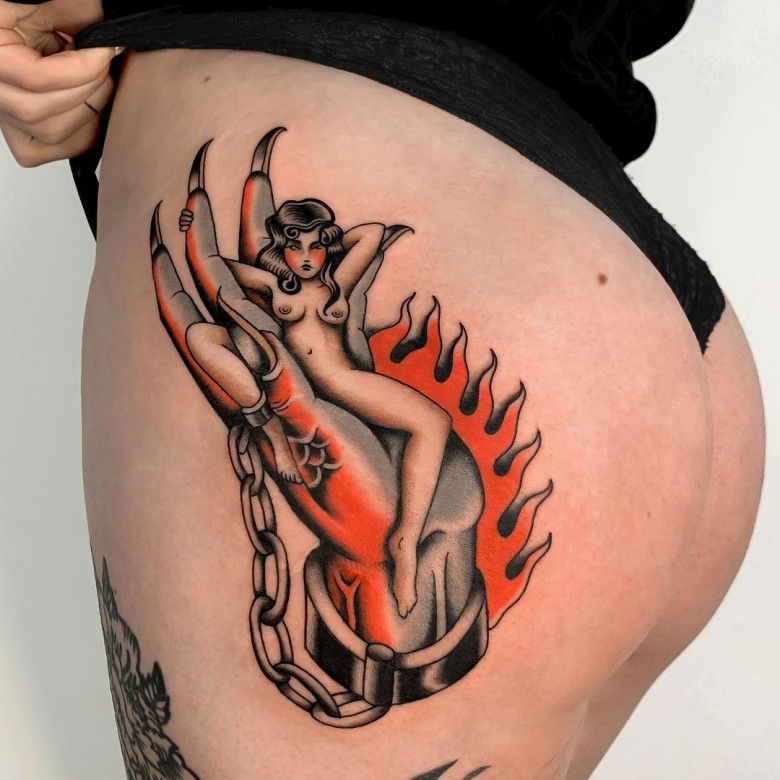 The tattoo artist mostly works in his native Rostov-on-Don, periodically touring the cities of Russia and other countries. Arseny currently lives and works in Bali in the beautiful Canggu area at Fox Mulder Tattoo, where he was invited to work by his good friend and studio owner Pavel (@mizer86). The tattoo artist has also worked in Bulgaria, Belgium and France, which he plans to visit when the opportunity to travel freely again appears.

«I fell in love with the traditional tattoo at first visually, and starting to delve into the context and history, I realized that I had not made a mistake. If at first I thought that style has a framework, now I understand that I have a framework. I am looking for inspiration in the designs of tattoo artists of the last century, I really love working with them» -  shared Arseny. 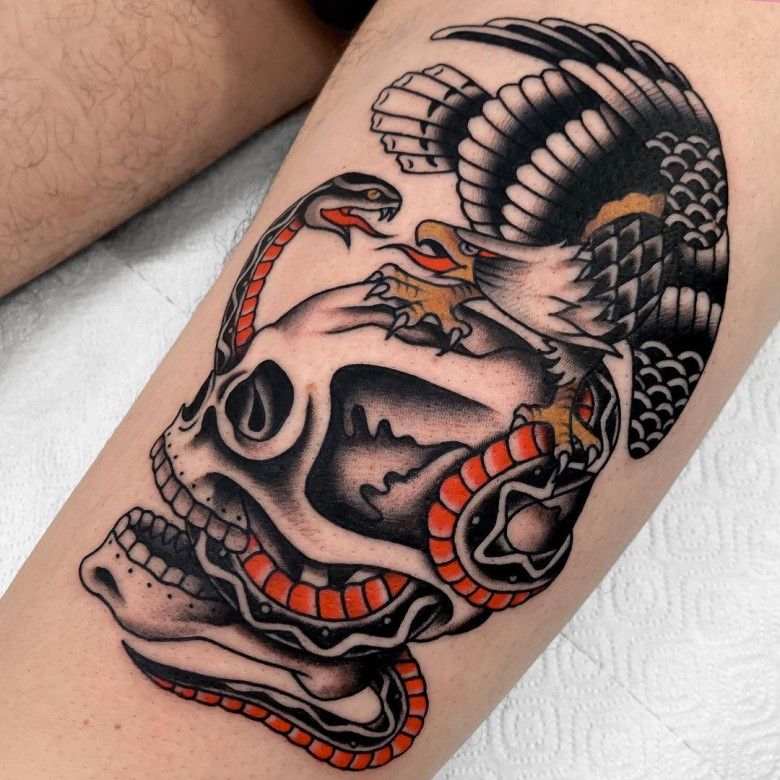 The tattoo artist uses two primary colors in his works - black and red, due to which the images look very saturated and contrasting. But the most important feature that the author himself highlights in his work is pace. He works pretty fast without sacrificing quality. Starting tattooing, he did not set himself such a task, and it happened quite by accident, Arseny admits. 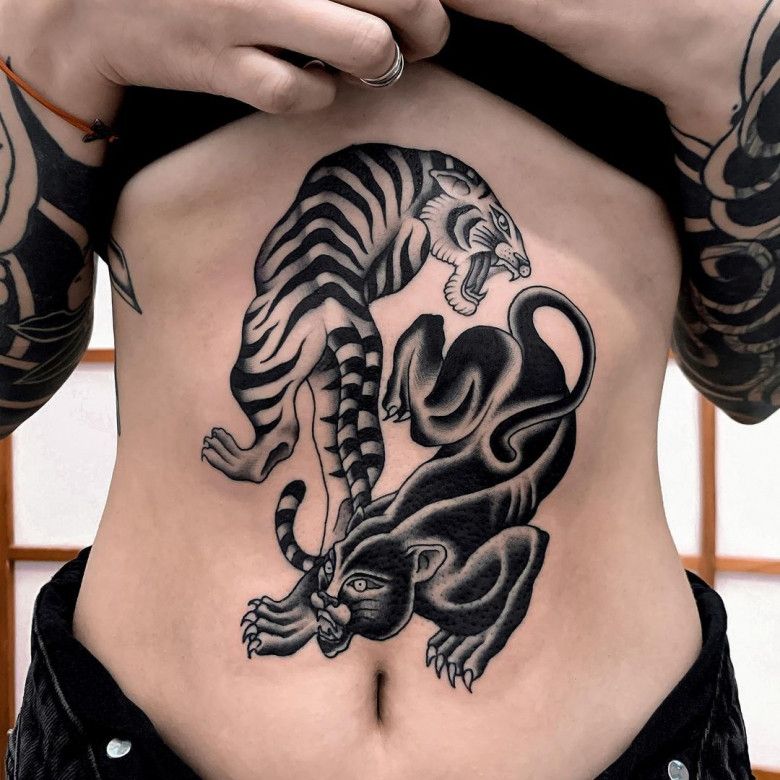 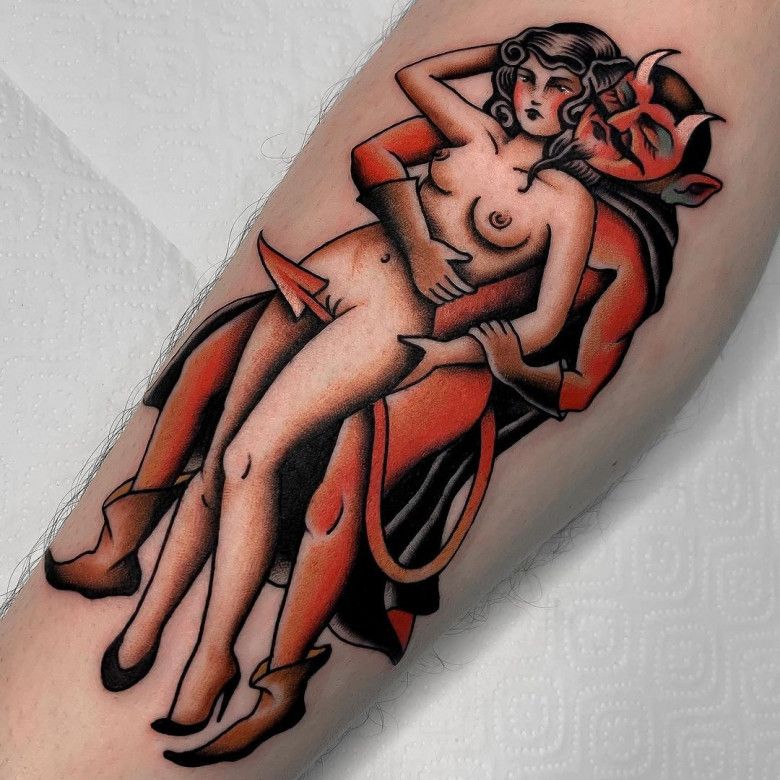 Studying the portfolio of the tattooer, we came across art that amazed us - but not on the bodies of people, but on the boards. In this case, the images were applied using tattoo inks and tattoo machine directly on the wood.

«My Rostov friend opened a studio and invited several tattooers to design these boards for the interior. Now I remember this time warmly, but at the moment of creation, I was really furious. It was a new material and application technique for me, a pure gamble. But in the end everything turned out cool, I think. White and black ink tattoo took at least 6-8 ounces. Now they are also in our studio, come and have a look» - says Arseniy. 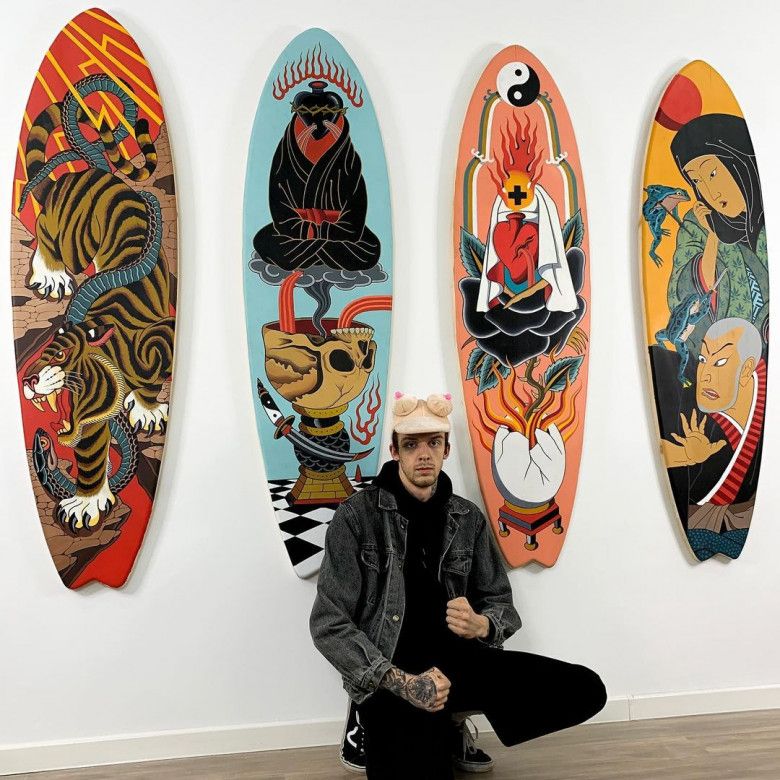 If you value traditional motifs and tattoo techniques as much as we do, you will definitely like the magnificent work of the tattoo artist Arseny Bozhinov. 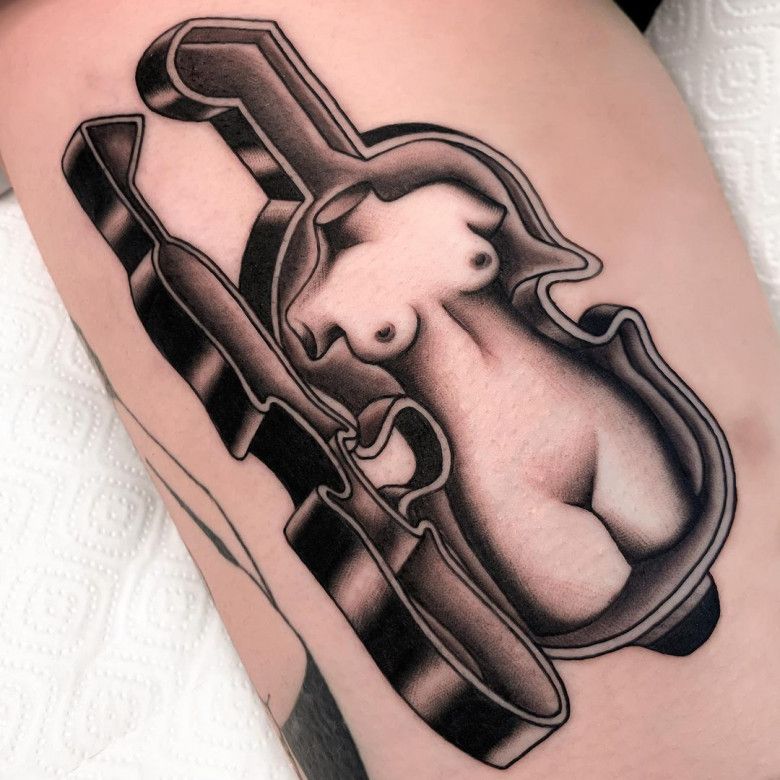 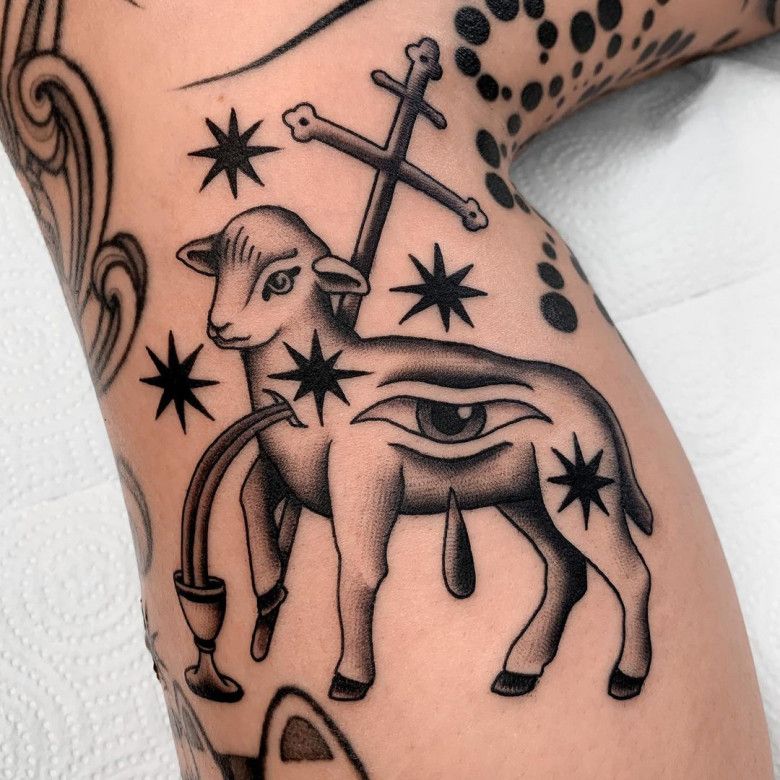 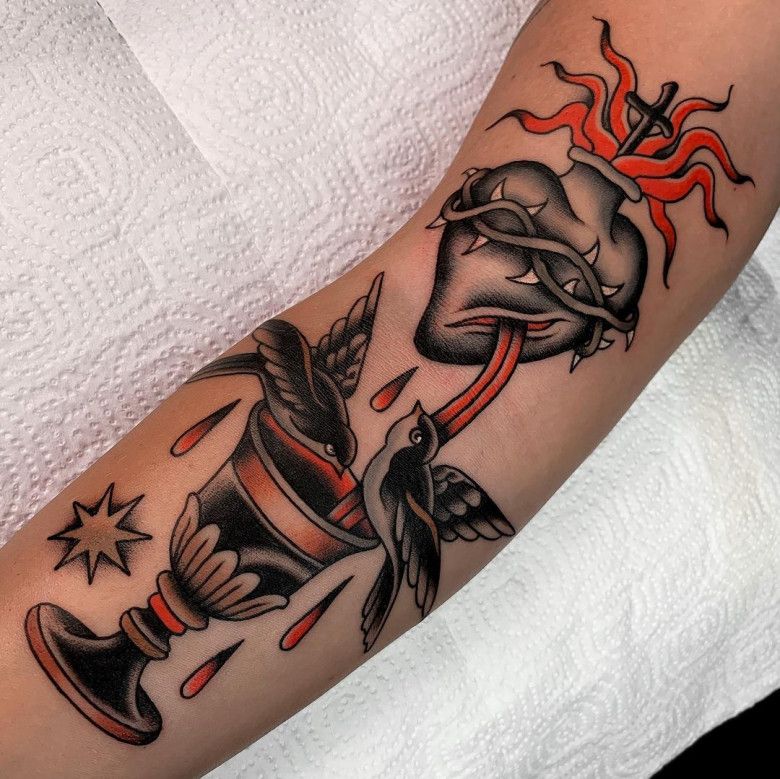 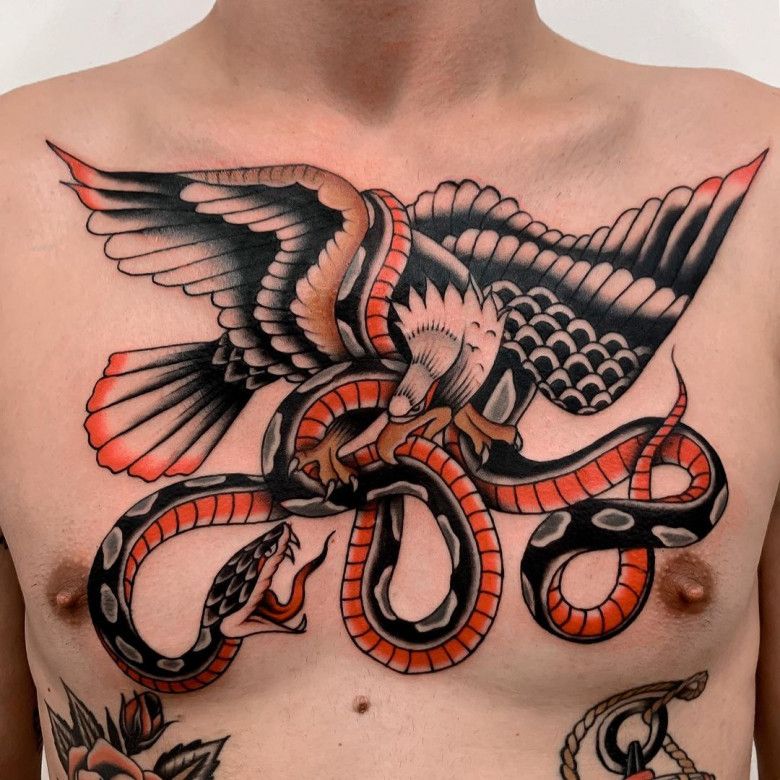 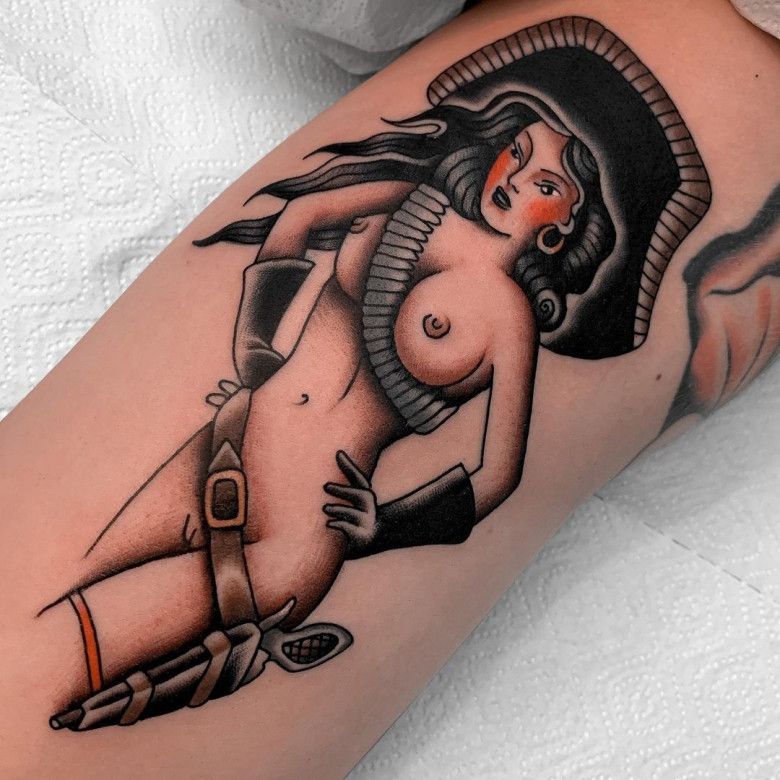