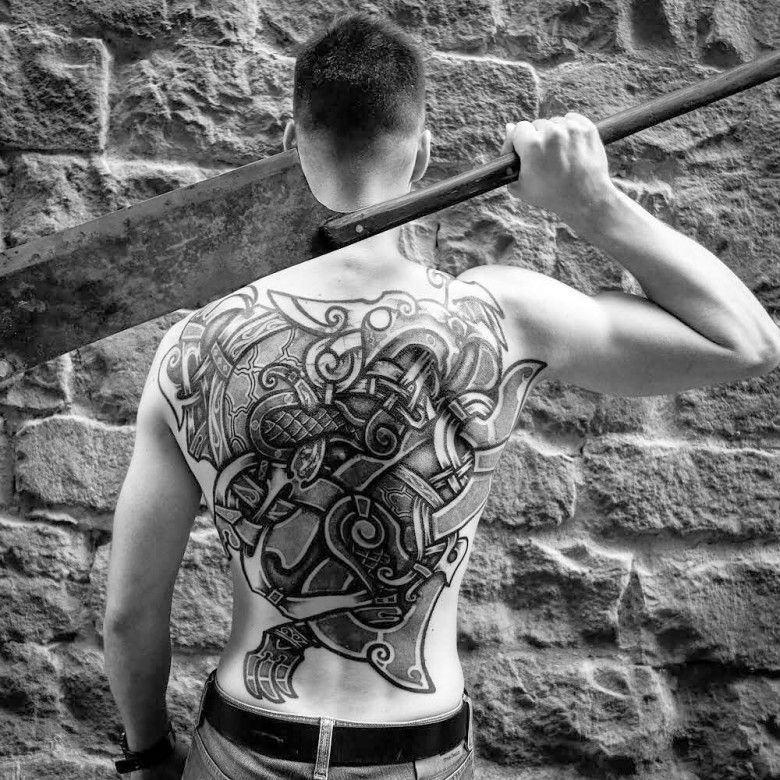 What do you know about Scandinavia? Vikings are probably the first thing that comes to mind. It is not surprising, because it was the word that glorified all northern peoples throughout the world. The great epic, mighty warriors, strong culture, pagan gods and mysterious rituals - all this attracts and enchants just like the stories from the myths of ancient Greece.

Modern society has mixed so much that it is no longer possible to understand who of the living today is a true descendant of the ancient Vikings, and who is not, but the art of tattooing allows everyone to become a part of this ancient culture. 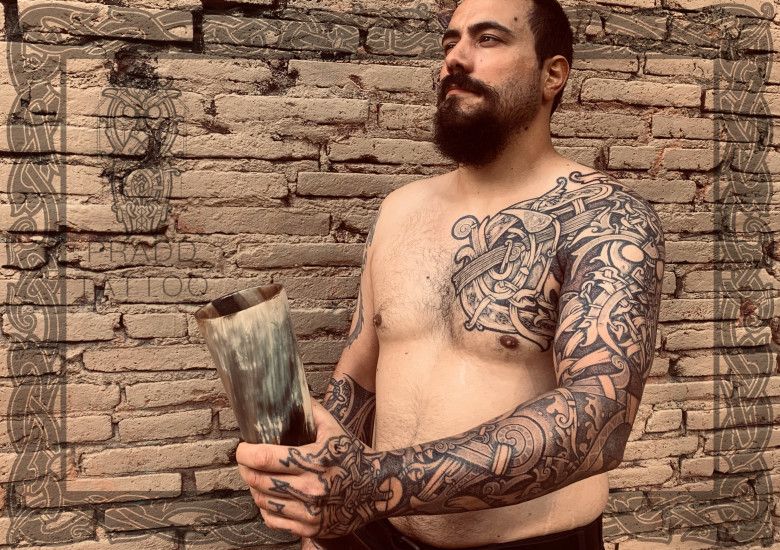 Of course, it was not an accident that we started talking about a tattoo in this context. Yes, you may have thought that we will talk about familiar to many Celtic patterns and crosses, but no. Today we have something completely unique! Please meet - Nordic traditional ornament and its representative in a tattoo - Vitaly Pradd! 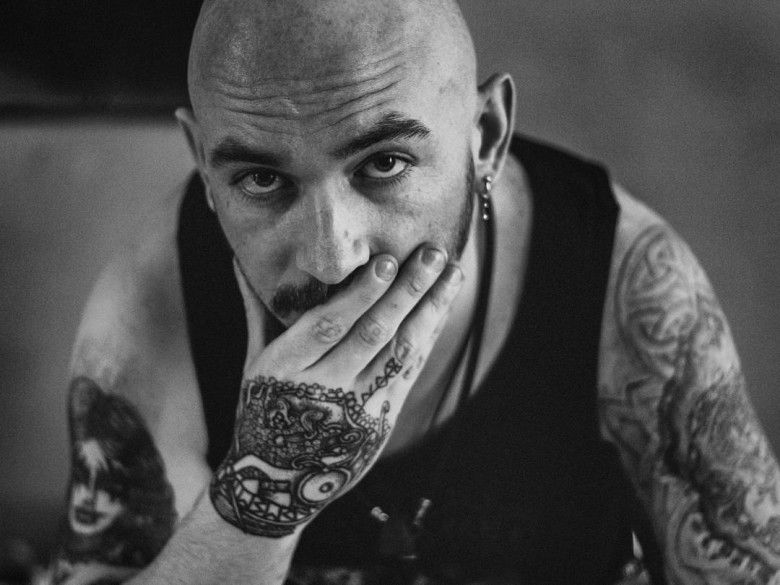 To be honest, even being in constant search for a new breath in modern tattooing, until recently we did not even imagine that one of our compatriots was able to transfer the ancient northern ornaments into a tattoo so successfully.

In Pradd's works, the intricacies of ribbons and patterns are intertwined with images of pagan gods of a bygone era, animals, weapons and all the surroundings that filled the life of the warlike northern peoples with meaning! 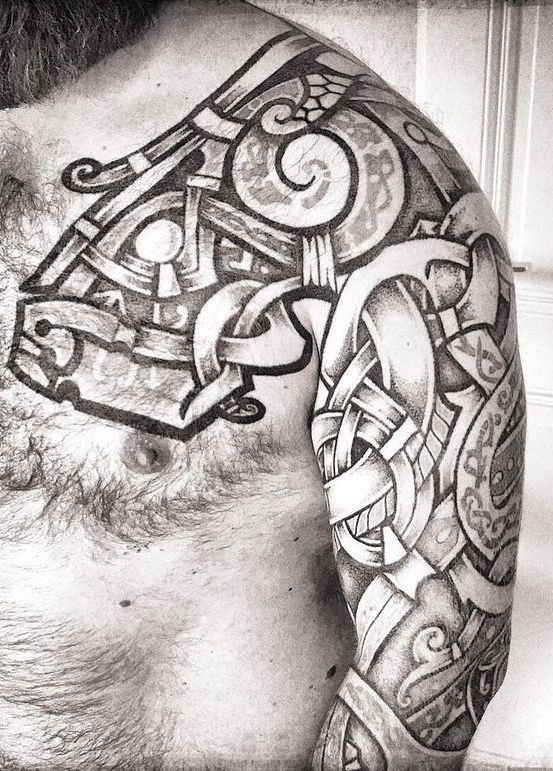 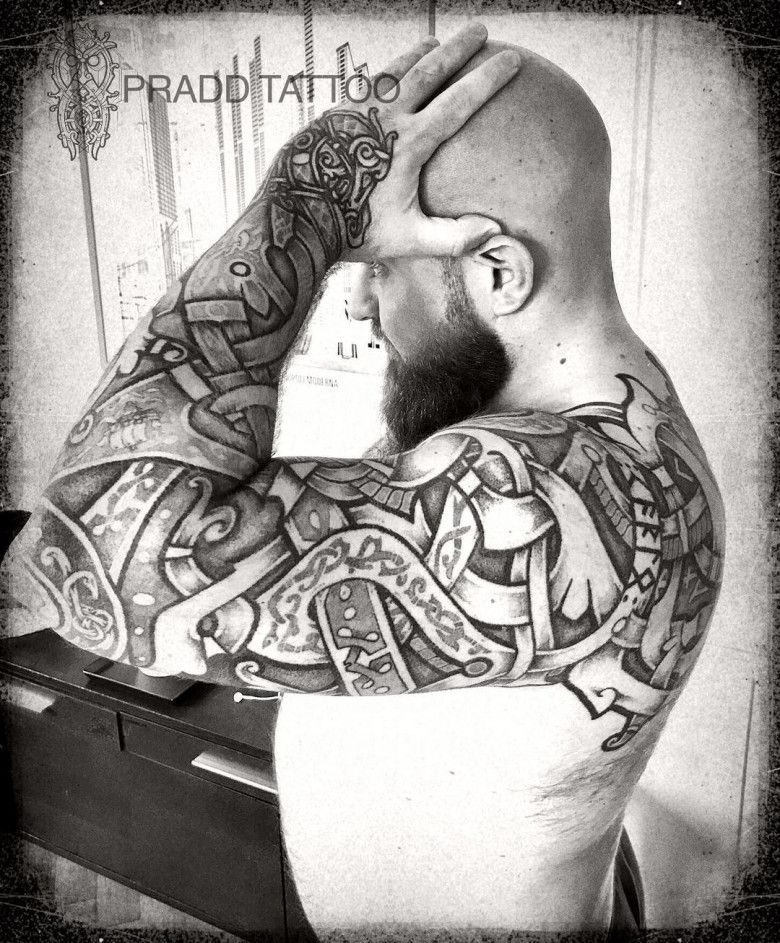 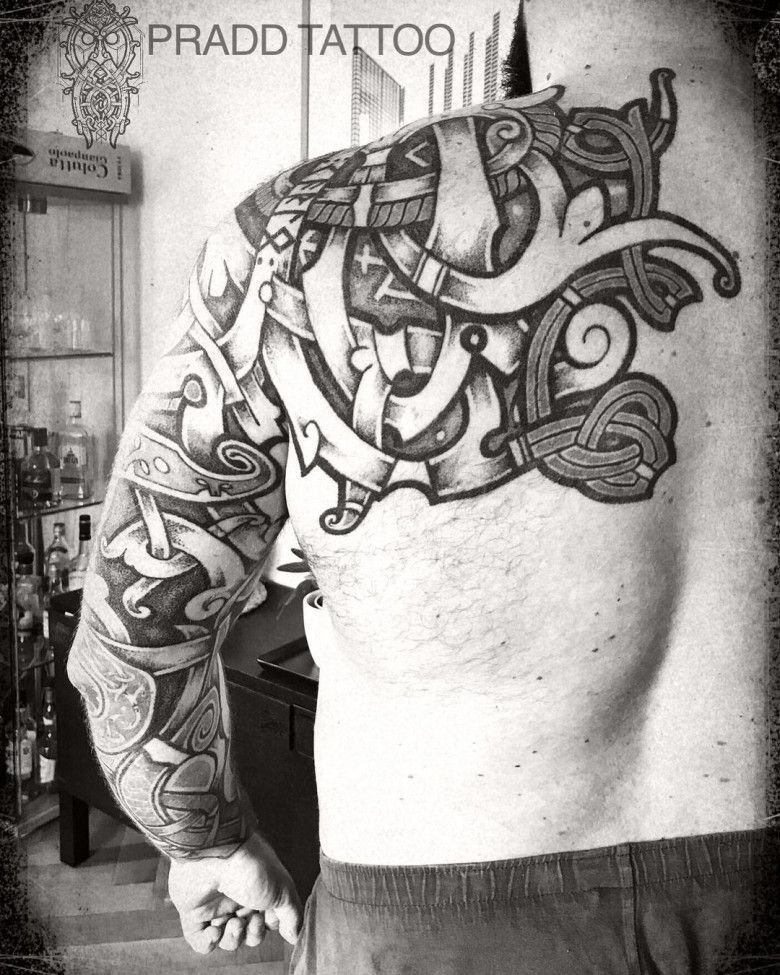 In terms of technical execution, these tattoos are undoubtedly ornamental, but unlike most ornamental tattoos, they have a real history under them, and each curl of the ornament is endowed with a deep meaning.

Digging a little deeper into the history of the origin and varieties of Scandinavian ornaments, it becomes obvious that several styles are reflected in the works of the tattoo artist: Ringerike, Mammen, Broa and Borre.

For reference, Ringerikke's style is characterized by the interweaving of plant motifs with animals. In this style, long ribbon-like images of animals are intertwined with floral designs, thereby becoming a part of the plant. The famous Vang runestone from Norway is covered with such a curling ornament. 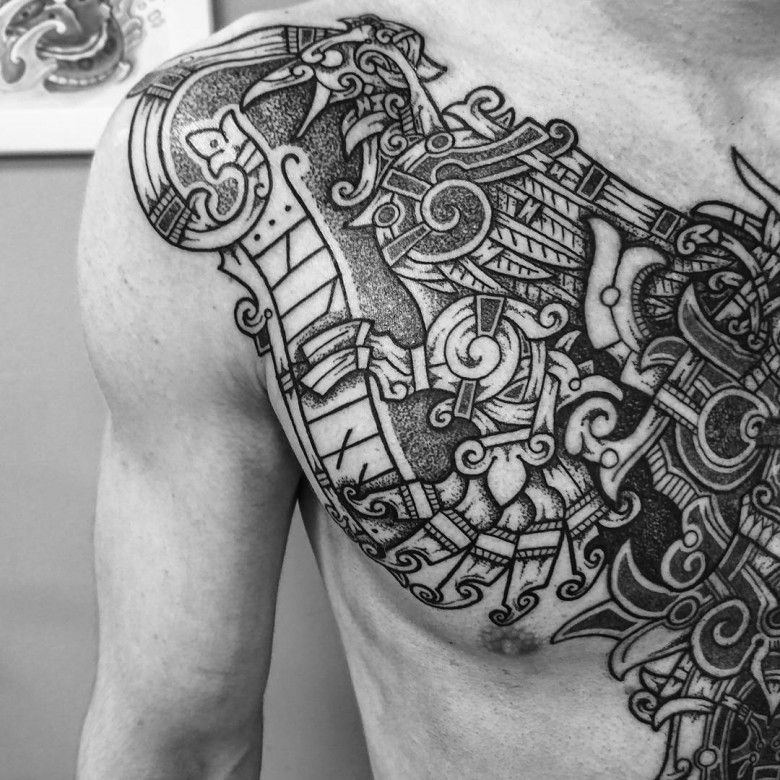 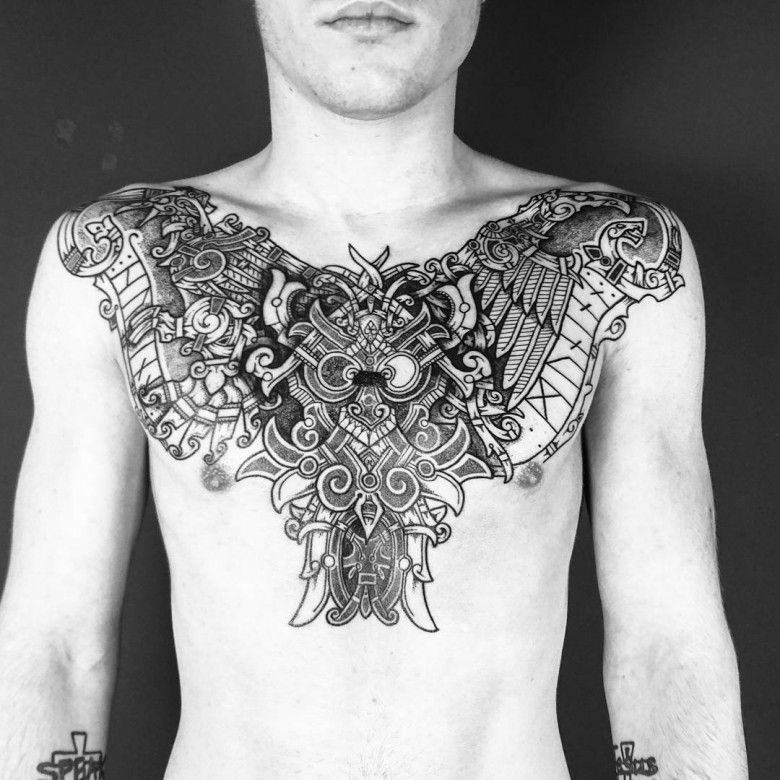 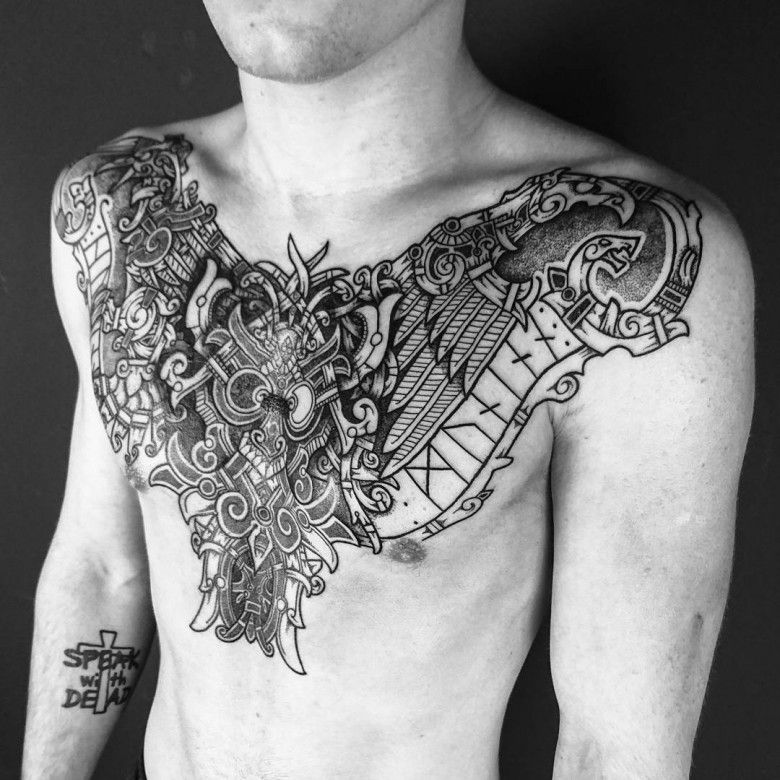 In the style of Mammen, the image of the animal was performed more realistically, but with an increased body size. The hind limbs were often depicted as spiraling, and several rows of dots or stripes were located on the inside of the body.

A distinctive feature of the Borre style is that the entire ornament is built around the image of an animal's head, then this image is also interwoven with the rest of the ribbon ornament. 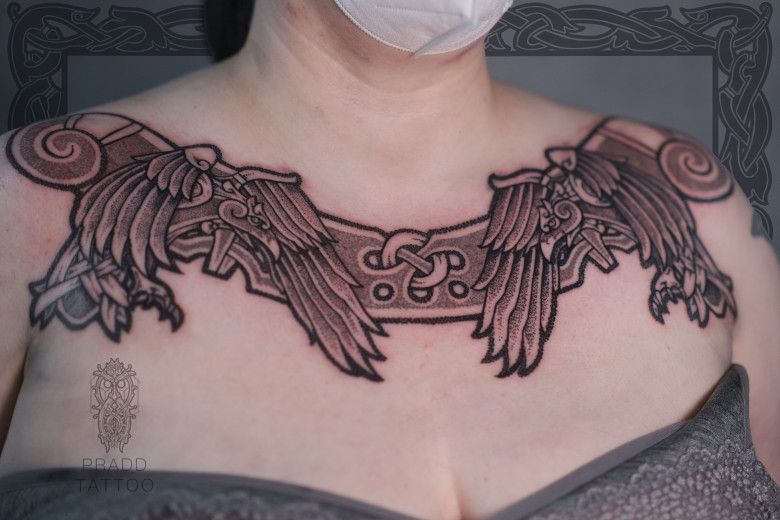 A characteristic feature of the Broa style is the uneven thickness of the wavy lines and the general asymmetry of the ornament, which is contained in a geometrically regular frame. Also, in this style, it is customary to depict animals in full-face.

Unfortunately, the Viking civilization left behind too little historical information. There is practically no written language left of them. However, what may be more interesting than the creative process of learning about ancient culture through a tattoo. This is what Vitaly Pradd is doing on his creative path. 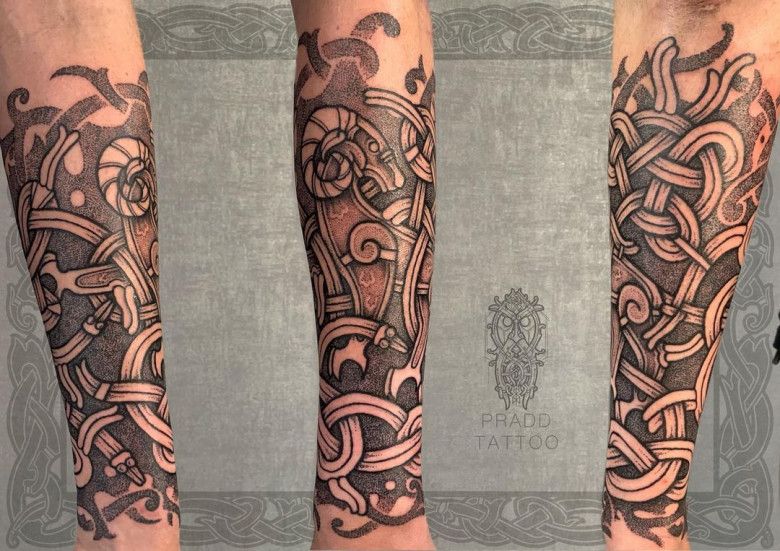 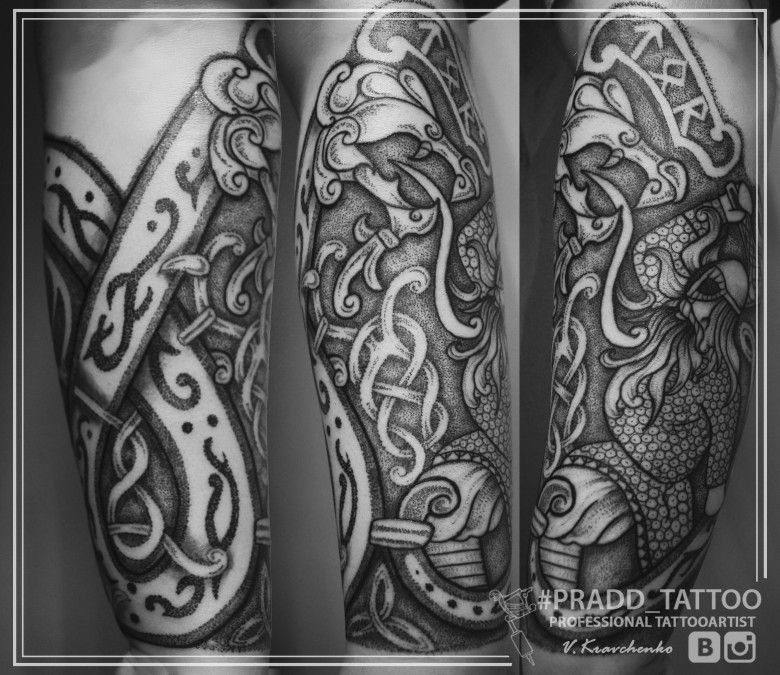 Currently, the tattoo artist lives and works in sunny Spanish Barcelona, ​​which means only one thing, the heritage of northern culture becomes available even in the southern territories warmed by the sun. 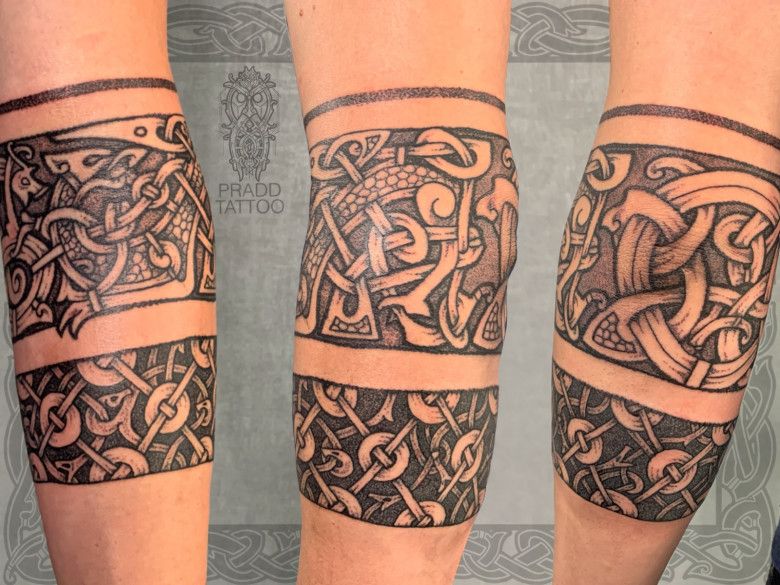 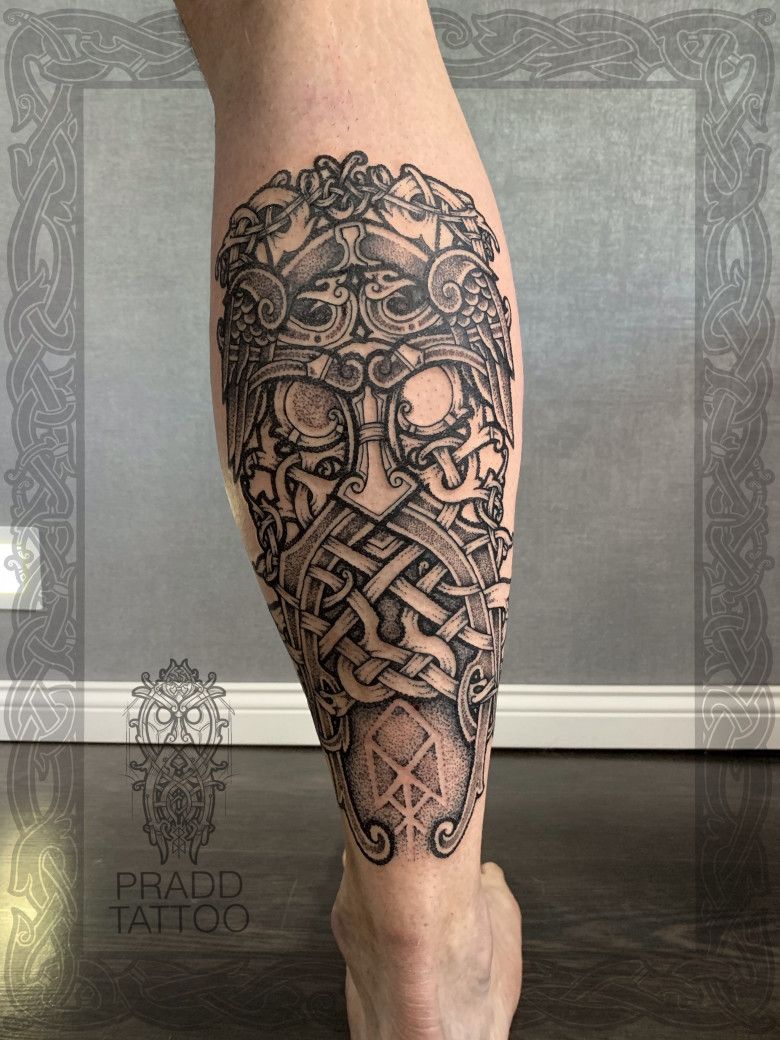 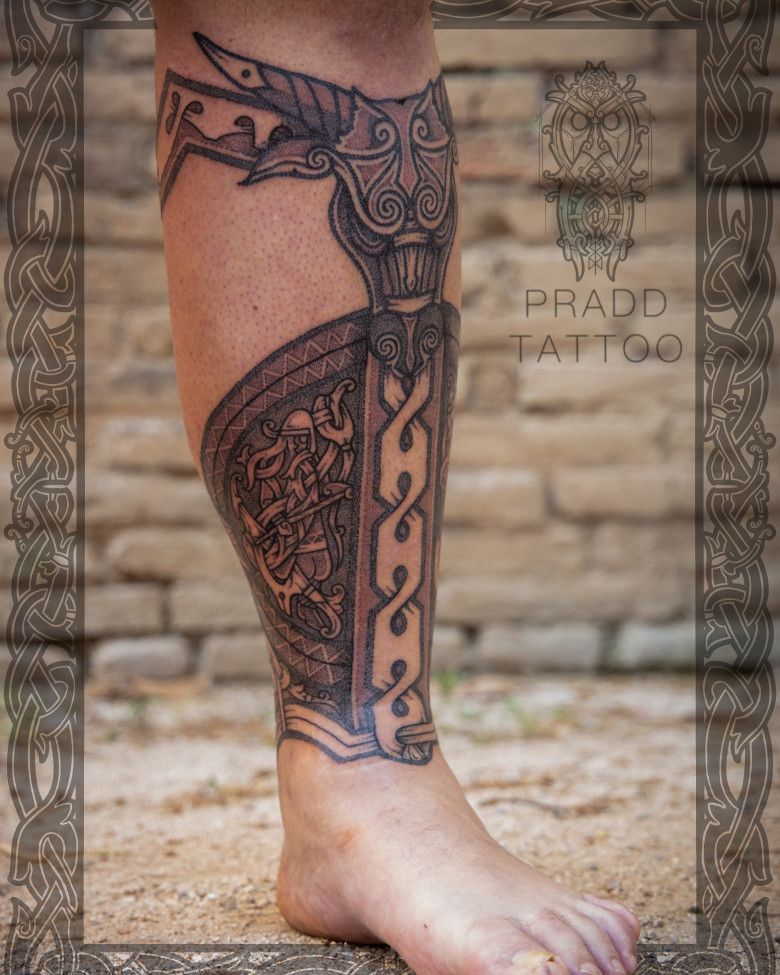