LENA DIAMANTI a Story of Success...

Lena was born in 1990 in a village called Arta in Northern Epirus. Three months after her birth, her parents decided to change their lives and live permanently in beautiful and enchanting Greece.

Lena has always had an inherent curiosity about any form of art. But from her first steps, what distinguished her from her preferences was clearly painting, without knowing or even being able to imagine where all this would lead her. 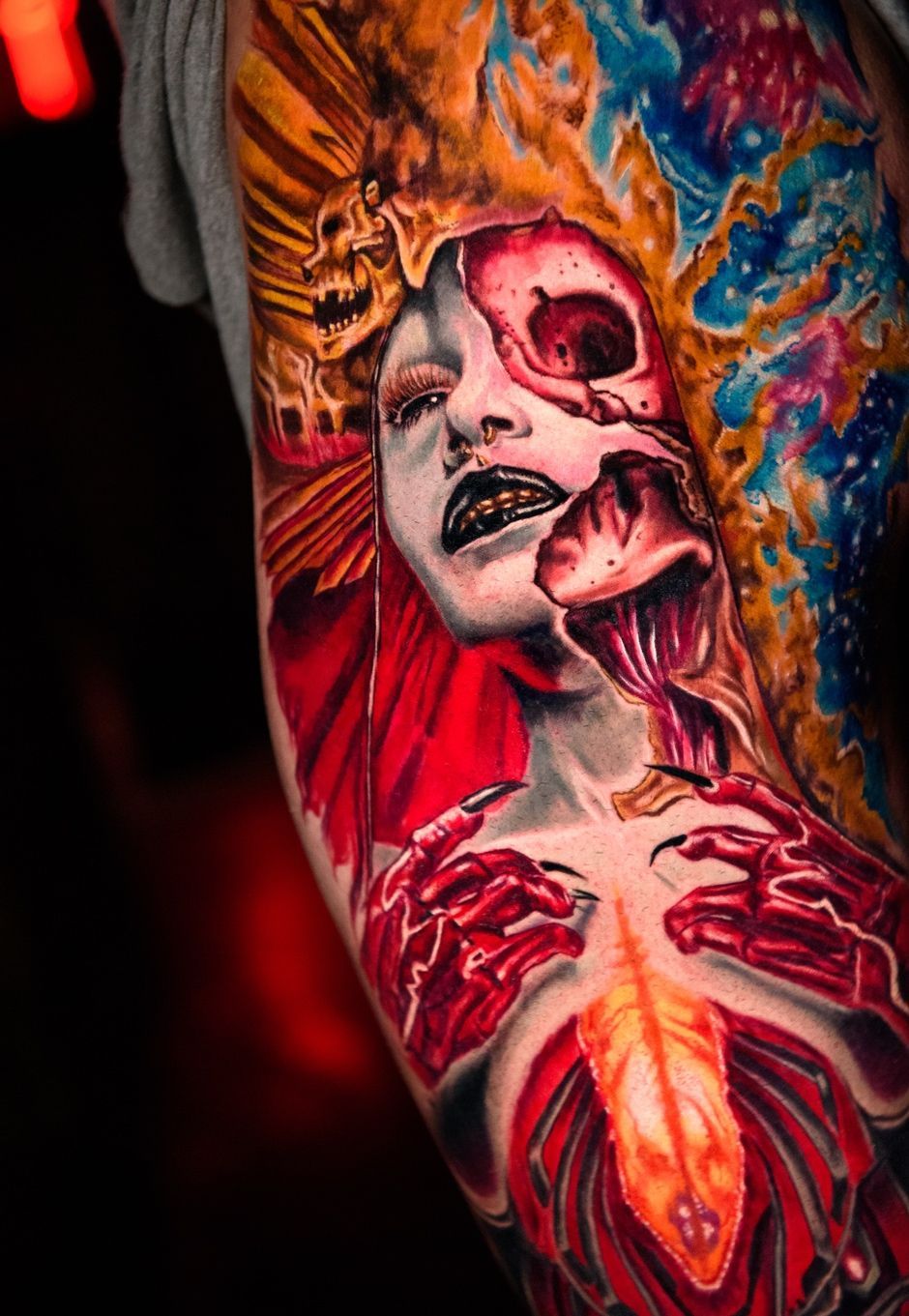 She grew up in a small town named Volos, where she spent her school years. Unfortunately, the financial situation of herself, as well as of her parents, did not allow her to study and focus on the inclination she had, putting in a drawer well hidden her desire to attend painting classes at a fine arts school. She dedicated the last three years of the school year dealing with hairstyling to make a living, as it did. After that followed other jobs, such as service, barista, and even cleaner in various shops, leaving the passion for painting, which had almost faded away over the years. 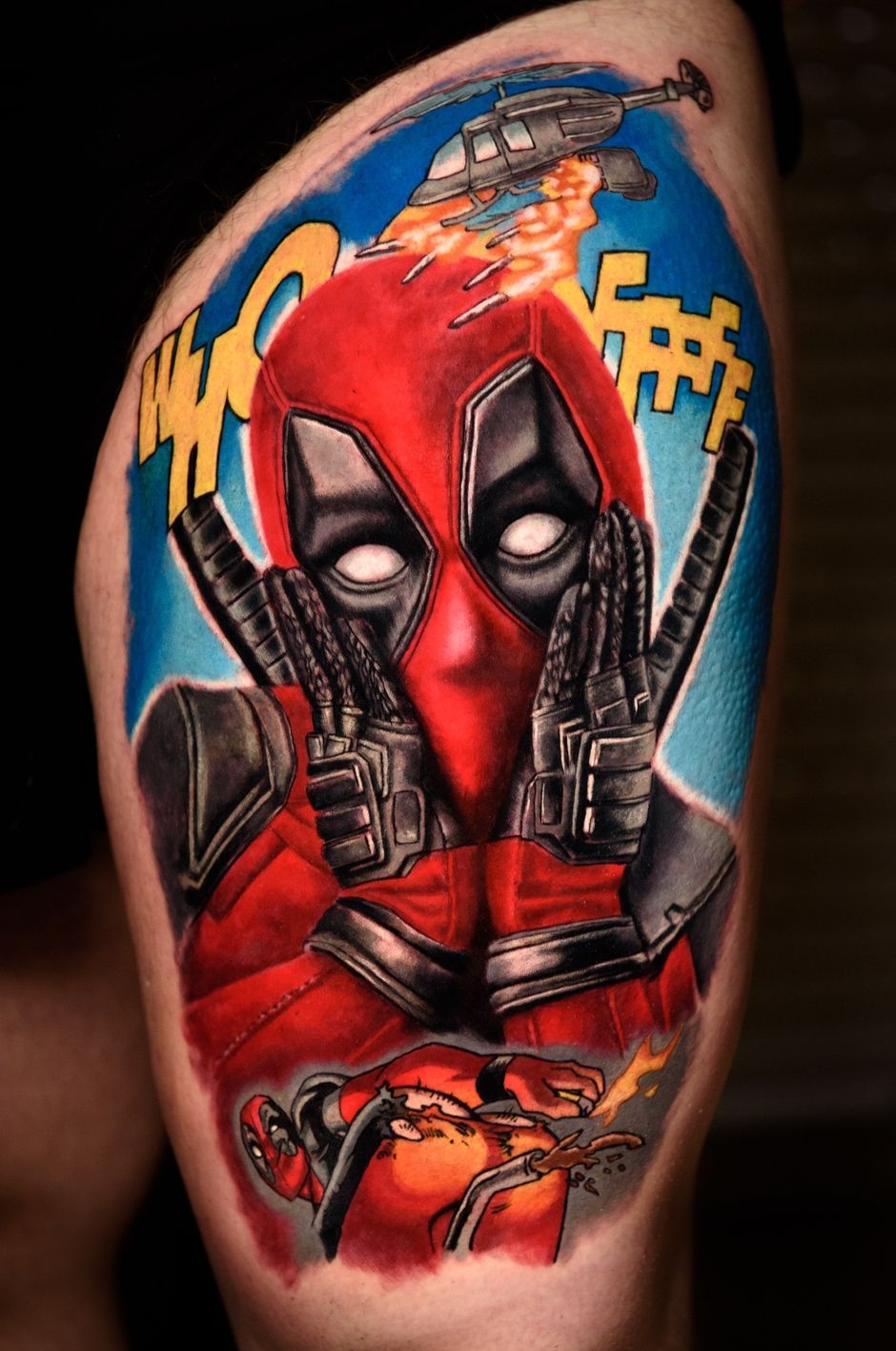 Somewhere there was the time when she met the man who would change her life forever, George. After a few years, they decided to join their lives with marriage. George, from a very early age, loved the art of tattooing. He reports that he had been planning various designs since he was only seven years and was eager to reach the age limit to be able to get stigmatized indelibly.

For him, the art of tattoos was not just about a tattoo, but the highest form of art. After six years of a joint venture and doing quite different professions, Lena decides to tell him an old story. 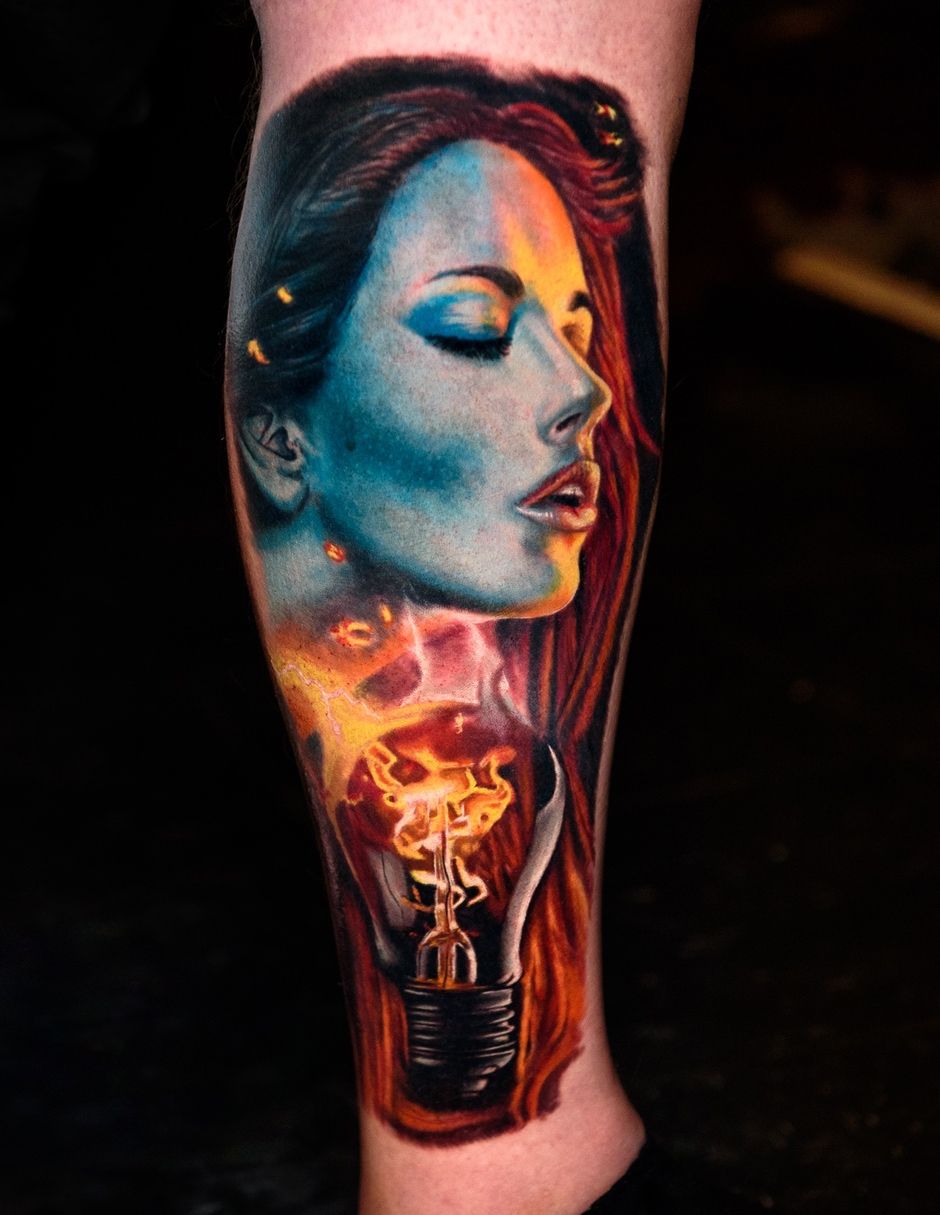 Lena then spoke about her then classmate, who had had her first tattoo. It was a Chinese native on her neck. She remembers the incredible enthusiasm when she first sensed the tattoo of her classmate, who, knowing Lena's love for painting, offered her to think about tattooing.

Without another word, George asked her the following question: «Why don’t you start?» From the very next day, they decided to start this journey without having any idea where it would end. 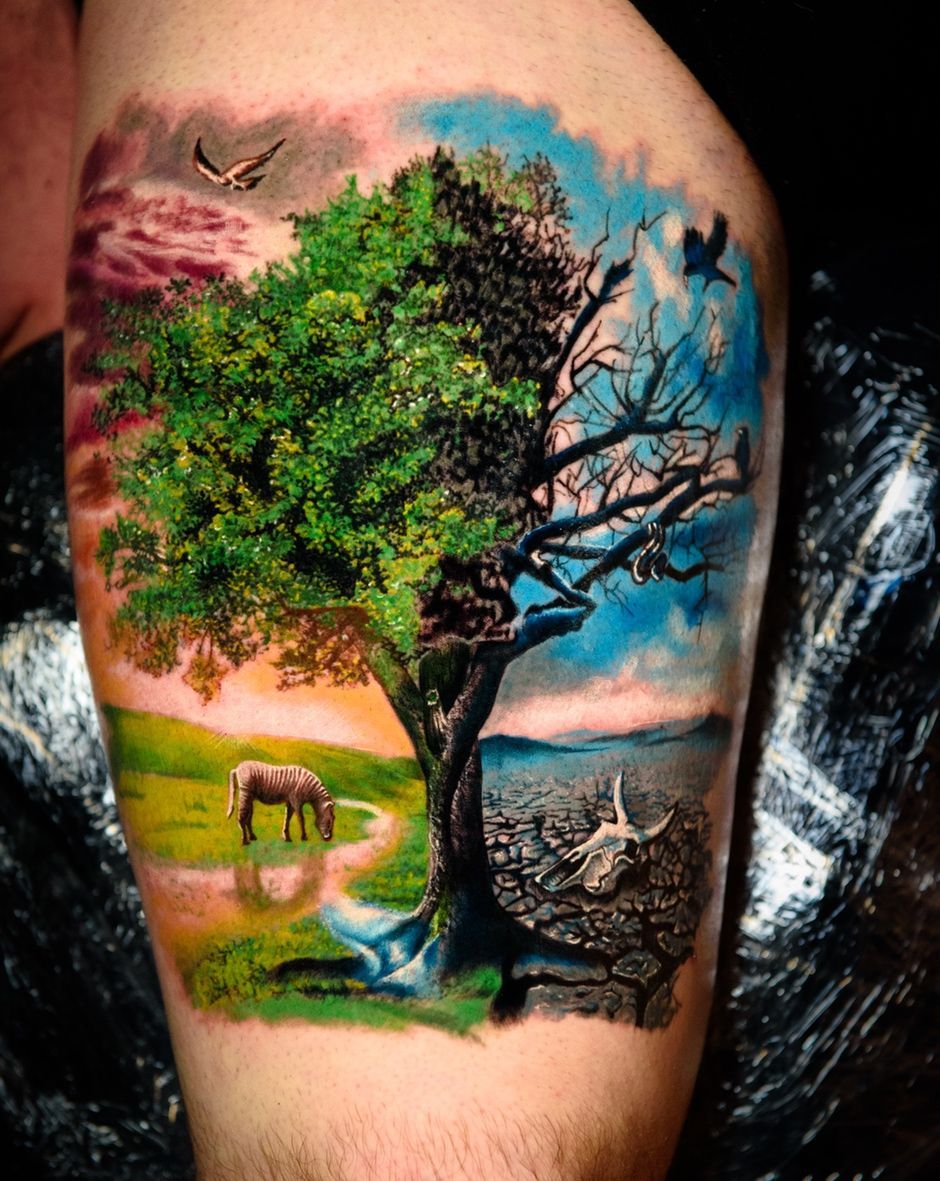 «We had a common friend who was a tattoo artist and also owned a tattoo parlor,» Lena says. «He agreed to help me take my first steps.»

Unfortunately, however, it generated more questions than answers to them. «Somewhere there, I realized it was probably the wrong way to make my start.»

Watching all these Lena's concerns, George tried to support her, but also to guide her without himself having the required knowledge in the art of tattooing. He searched for any information he could find on the Internet and translated it to be able to communicate it to Lena, as most of the information was in English, which she did not speak. 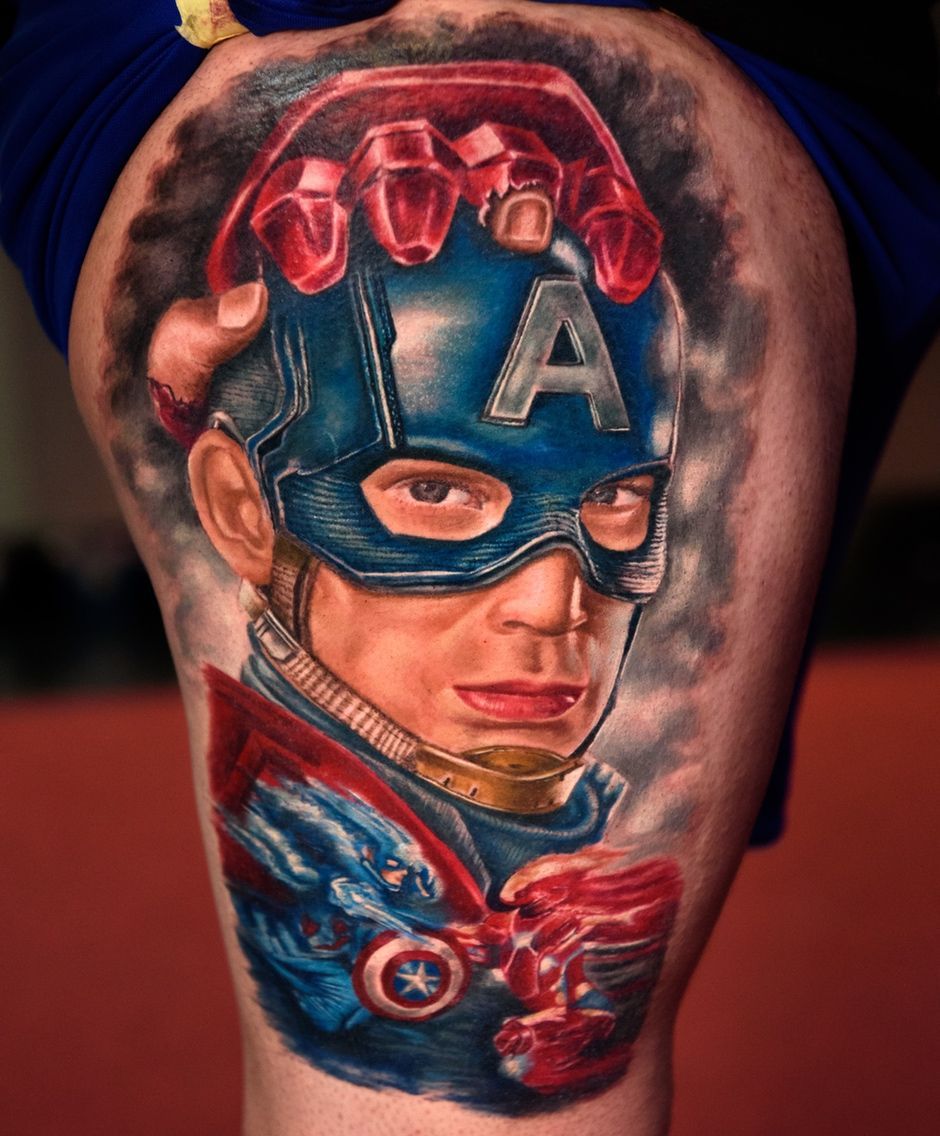 «He watched various videos, interviews, and went to any forum to find information about tattooing. He noted on paper any style, movement, or words of artists he could «steal» to share with me,» Lena recalls.

Here, they realized that in order to be able to evolve, you need to dedicate everything, but most importantly, time to what you love. So after only a month and at the age of 25, Lena made the decision to leave a standard income that she would get from her job then and chase a dream that was slowly being built. 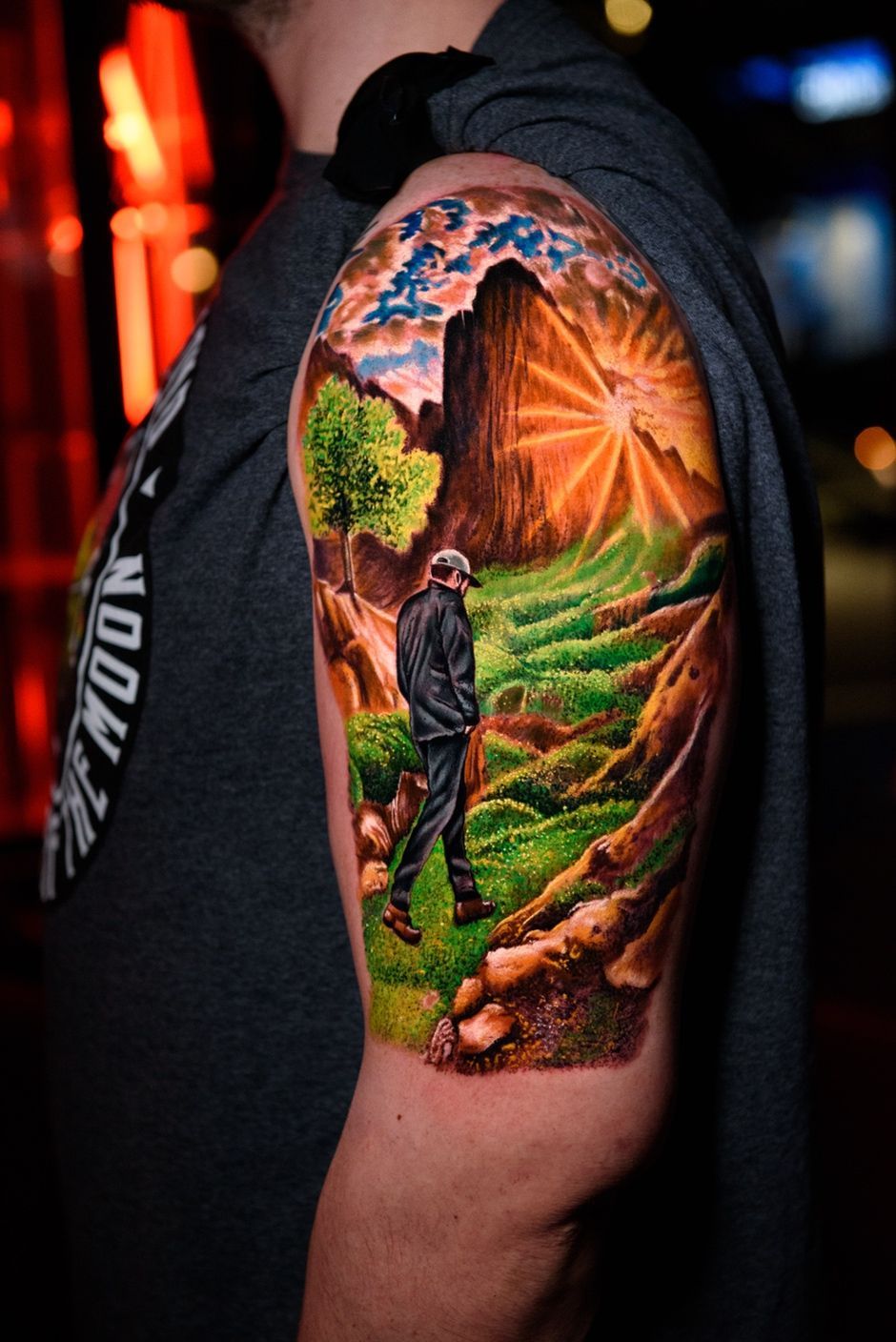 And that's how it all started. She devoted much time to painting, which helped her incredibly to build a proper base for tattooing while at the same time, she was looking to find her own character in this art. She quickly realized that the style that characterized her was purely realistic but also with surreal touches while combining many images to create in this way an expression of different feelings or experiences that feels and needs to stigmatize each client. Besides, «tattoos are nothing less than a reflection of our inner world,» says Lena. 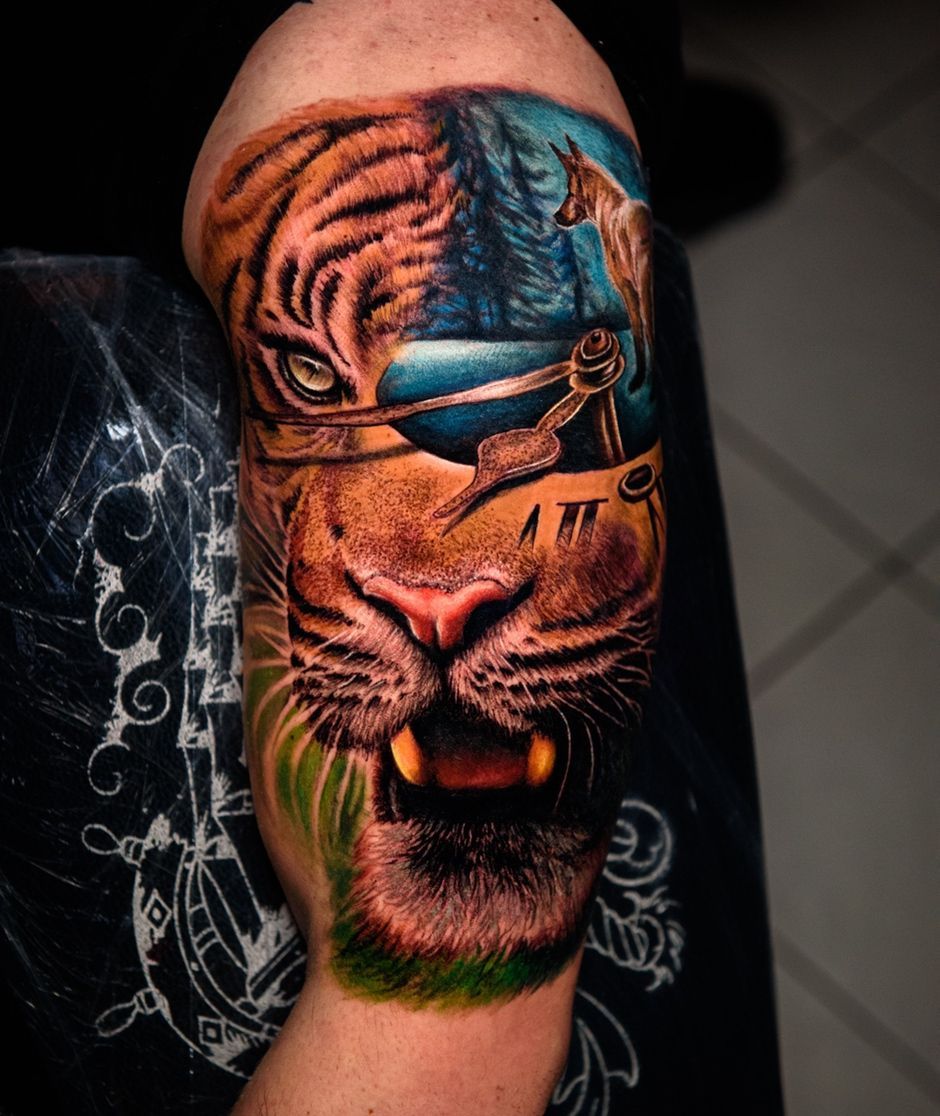 After a while, she had numerous proposals for collaboration with award-winning tattoo studios, and now she represents more than 5 of the biggest colossus brands in this industry, like the World Famous ink, Hustlebuter deluxe, Electrum stencil products, and more... However, her creative concern to explore different styles has provoked the urgent need to travel, thus finding the key to unlocking her artistic capabilities. 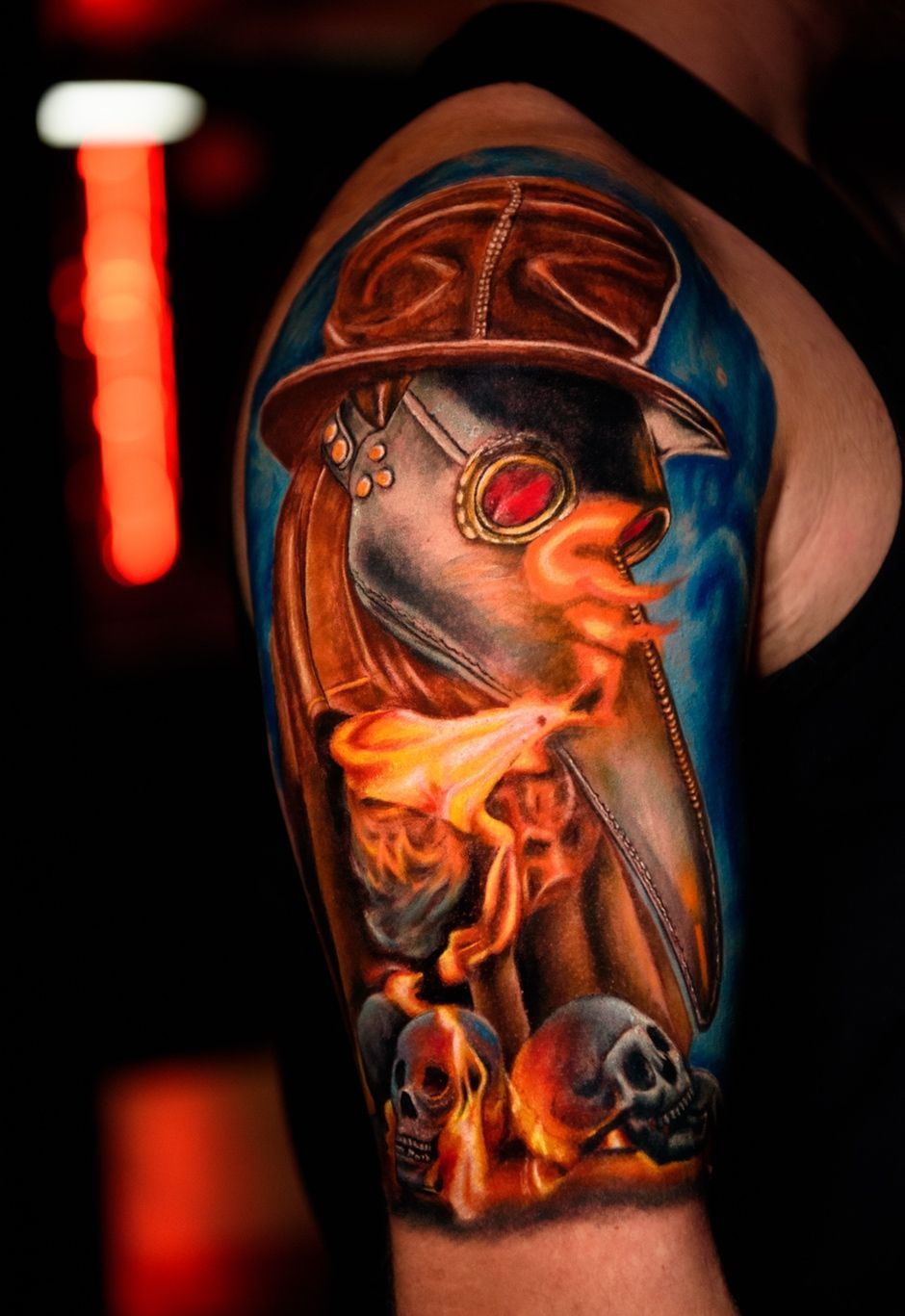 Interested in their passion for creation, they found what expresses them by fulfilling it. So she started to travel and work all over the world! In the interview, we asked Lena what the best design she has done is.

And the answer was the following: «What I will do tomorrow.»

- How can someone contact and book with you? How is the rest of your workload and calendar?

Lena: At the moment, I don't accept new appointments. I am booked for the next half year. But for any updates or any last-minute reschedules, you can follow my social accounts, and if you see an opening, please send us an email. My manager will reply to you as soon as possible, so I can answer your questions and guide you through the booking process. 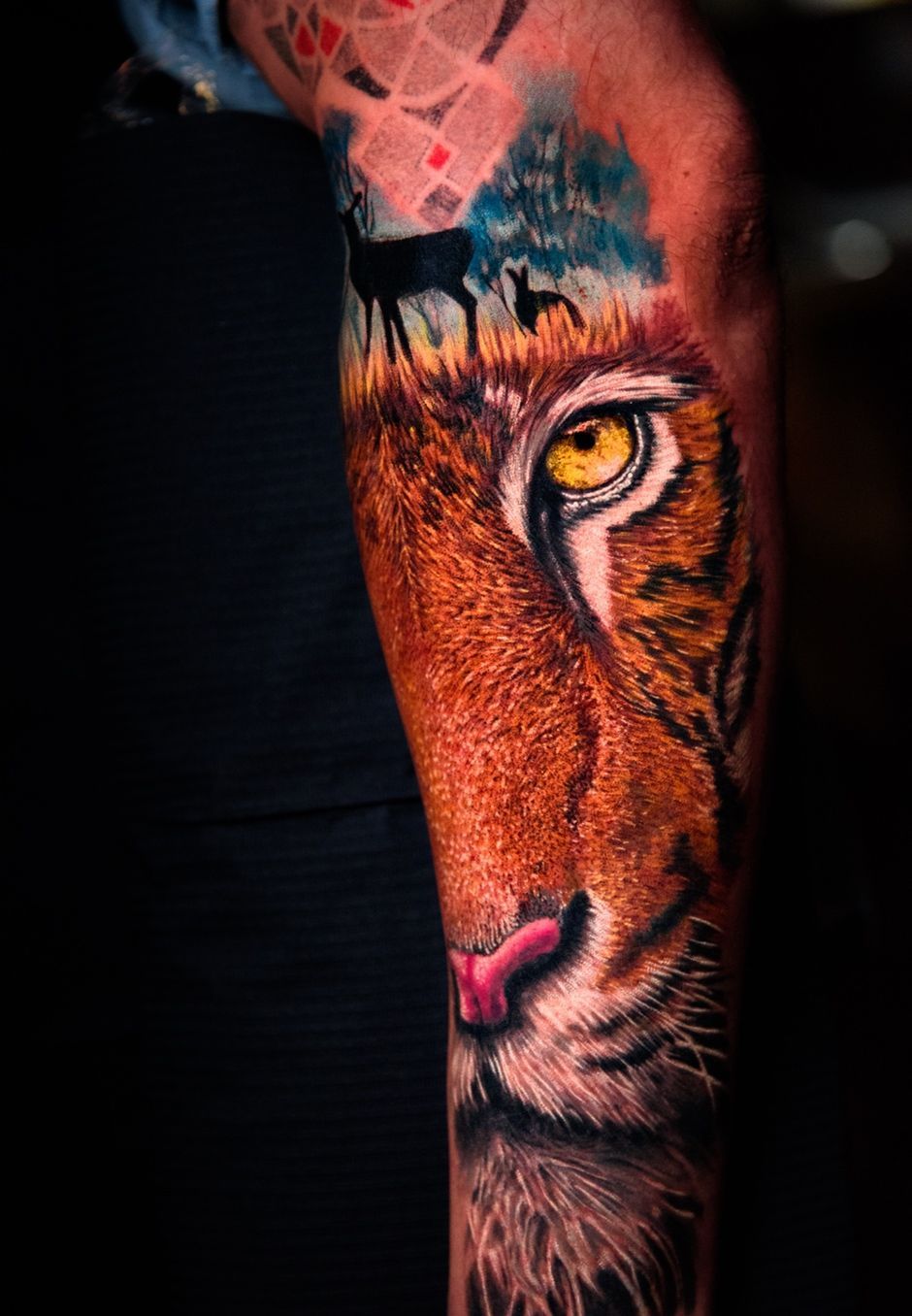 You can find Lena on the following social media:

Text Andrew Novikov
TattooArtist, ColorTattoo, Realism
Share:
Previous
Next
It will be interesting too