The tattoo is amazing art, especially when it comes to large-scale works that turn the human body into a real art masterpiece. Canadian tattoo artist Steve Moore has been engaged in this craft for more than 25 years, started his career in 1993.

Steve was involved in drawing from early childhood and artwork for him, always been a way of self-expression and communication with the outside world. On his way as a tattoo artist, he received help and support from people like: Psycho Dave - who helped him come to Toronto, where he met Crazy Ace, who took him on an apprenticeship and gave him a place in the shop, Aaron Cain, who according to Steve himself - is his greatest mentor.

All the accumulated experience and innate artistic talent, Steve skillfully directs the creation of bright, large-scale, incredible works! Working in the New School and Neo-Traditional tattoo styles, he, like graffity artists, changing the look of the building with their drawings, changes a person, turning him into a living canvas. 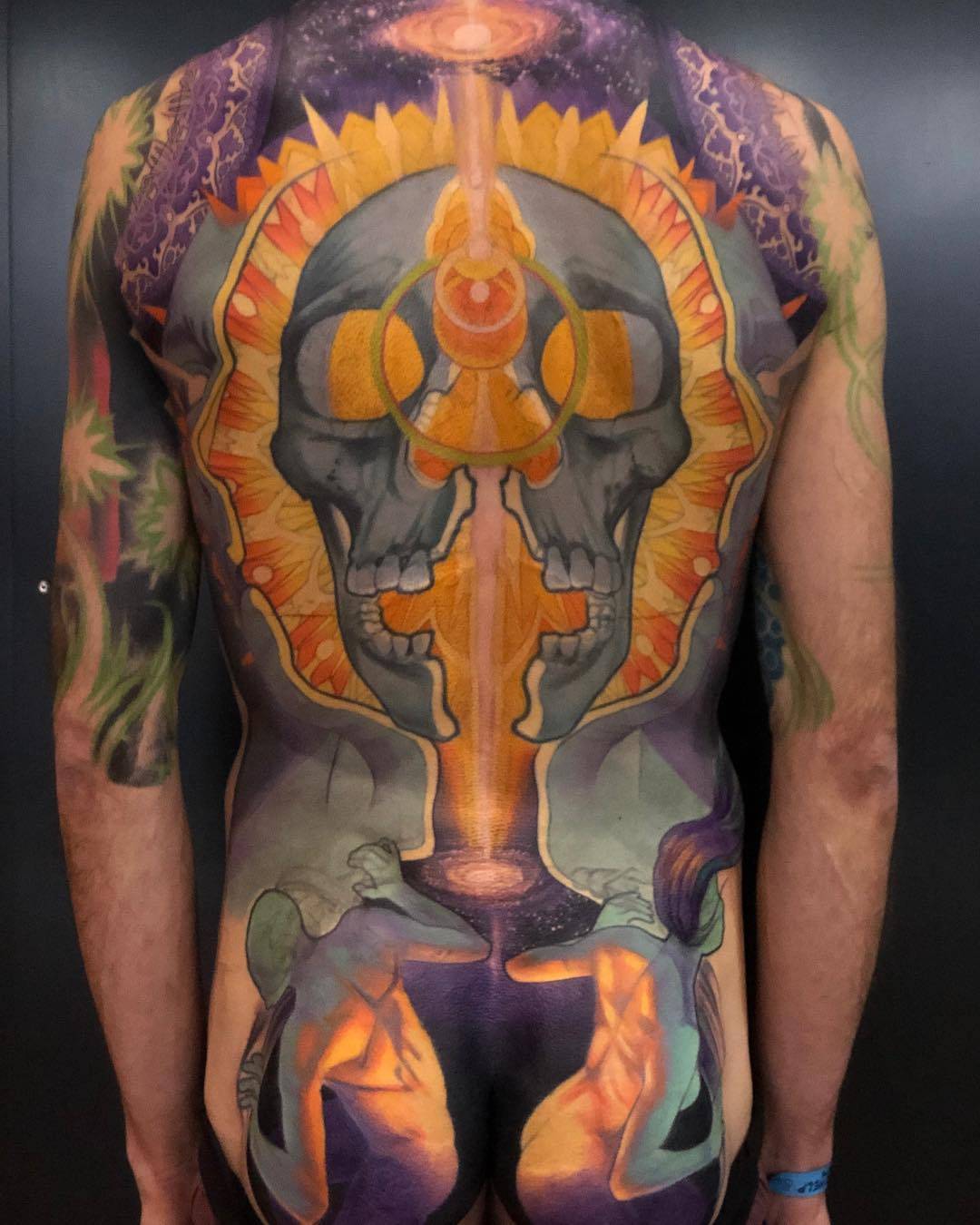 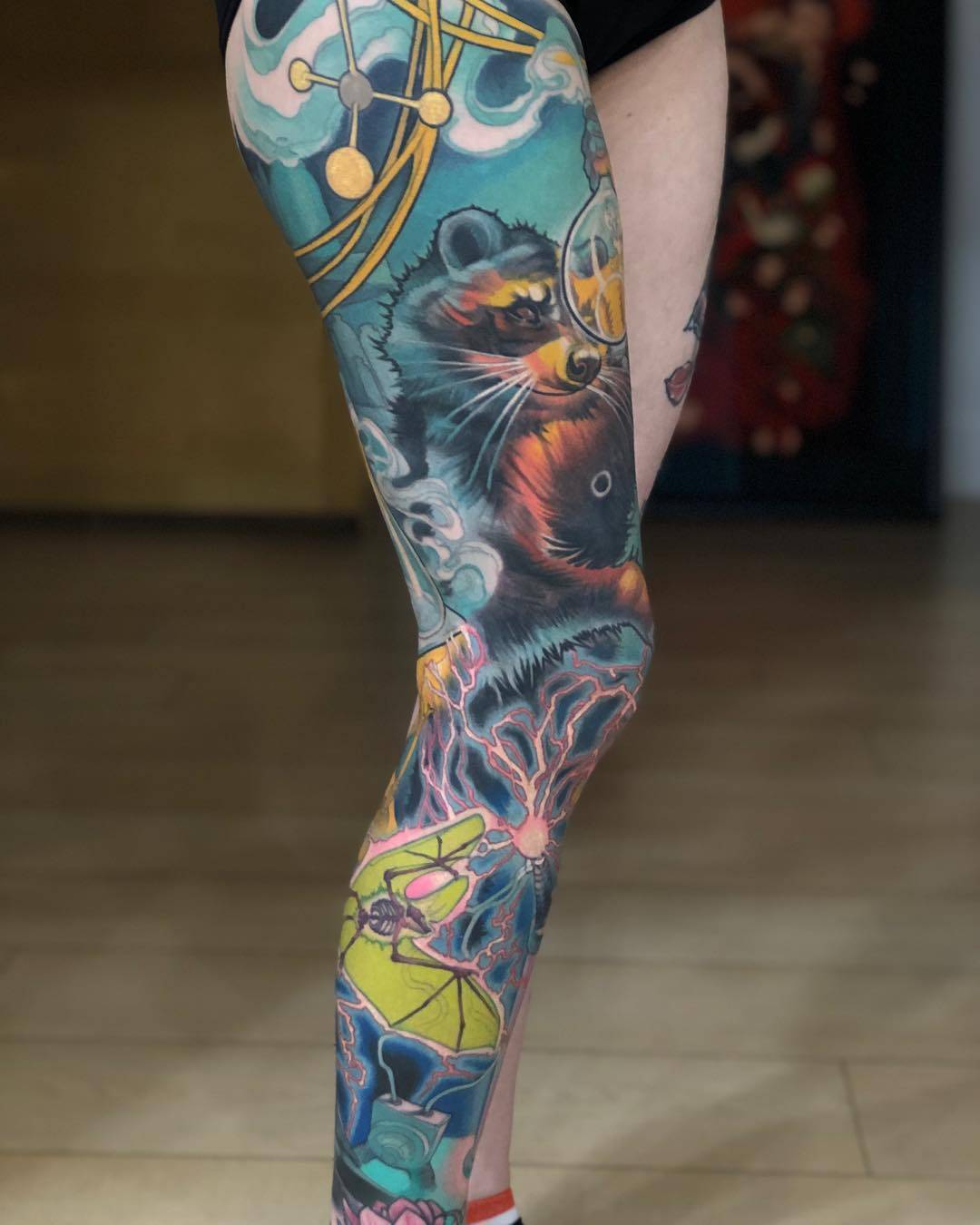 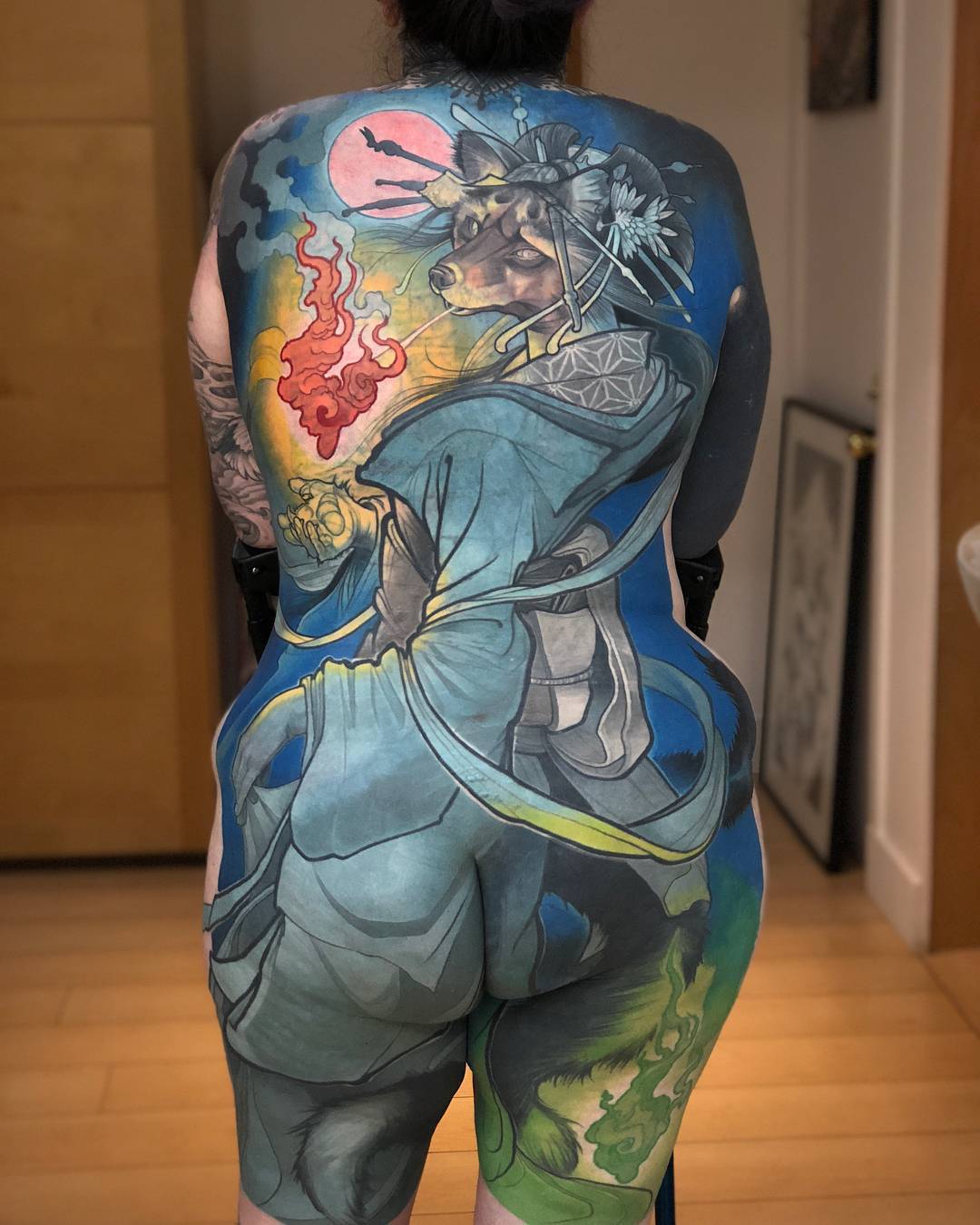 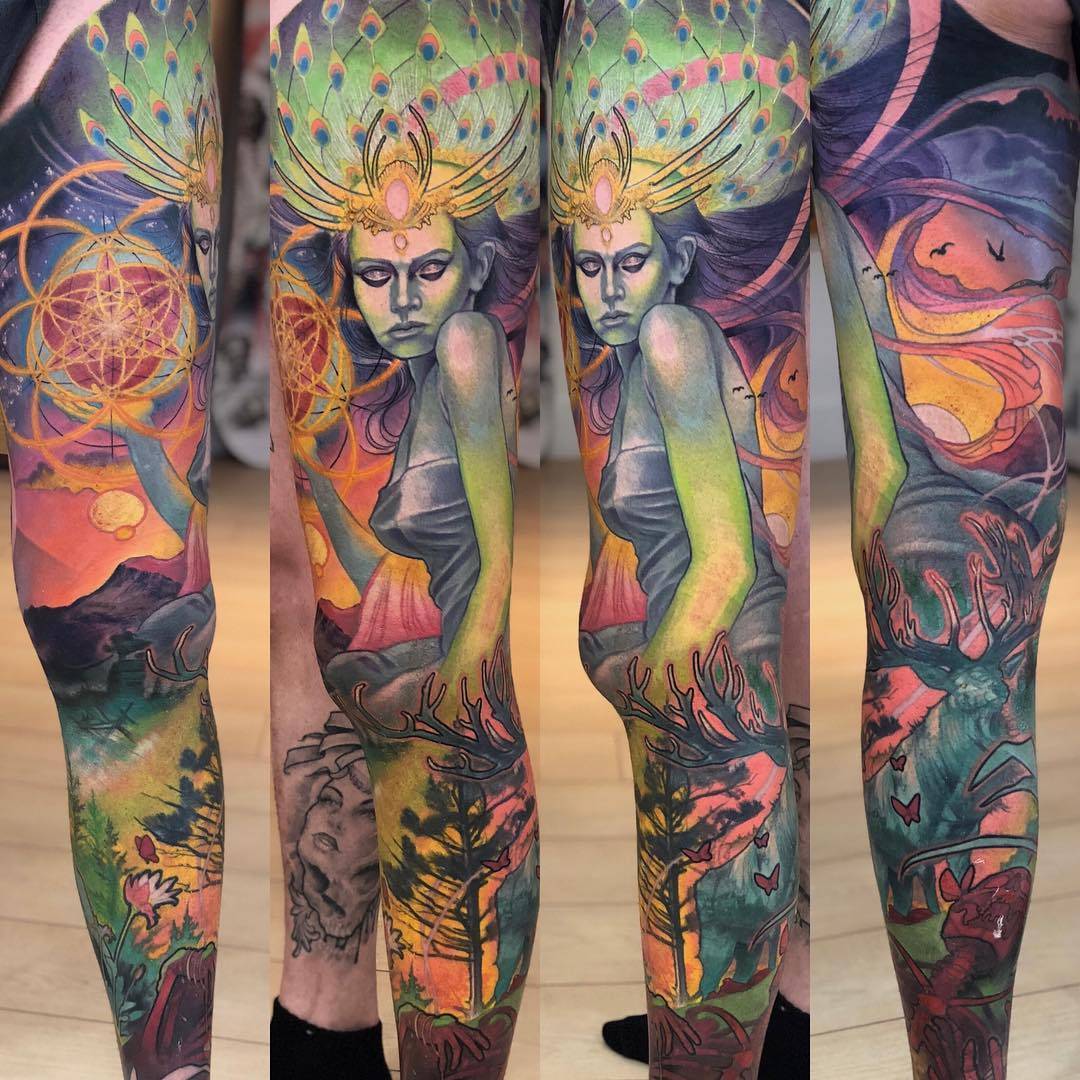 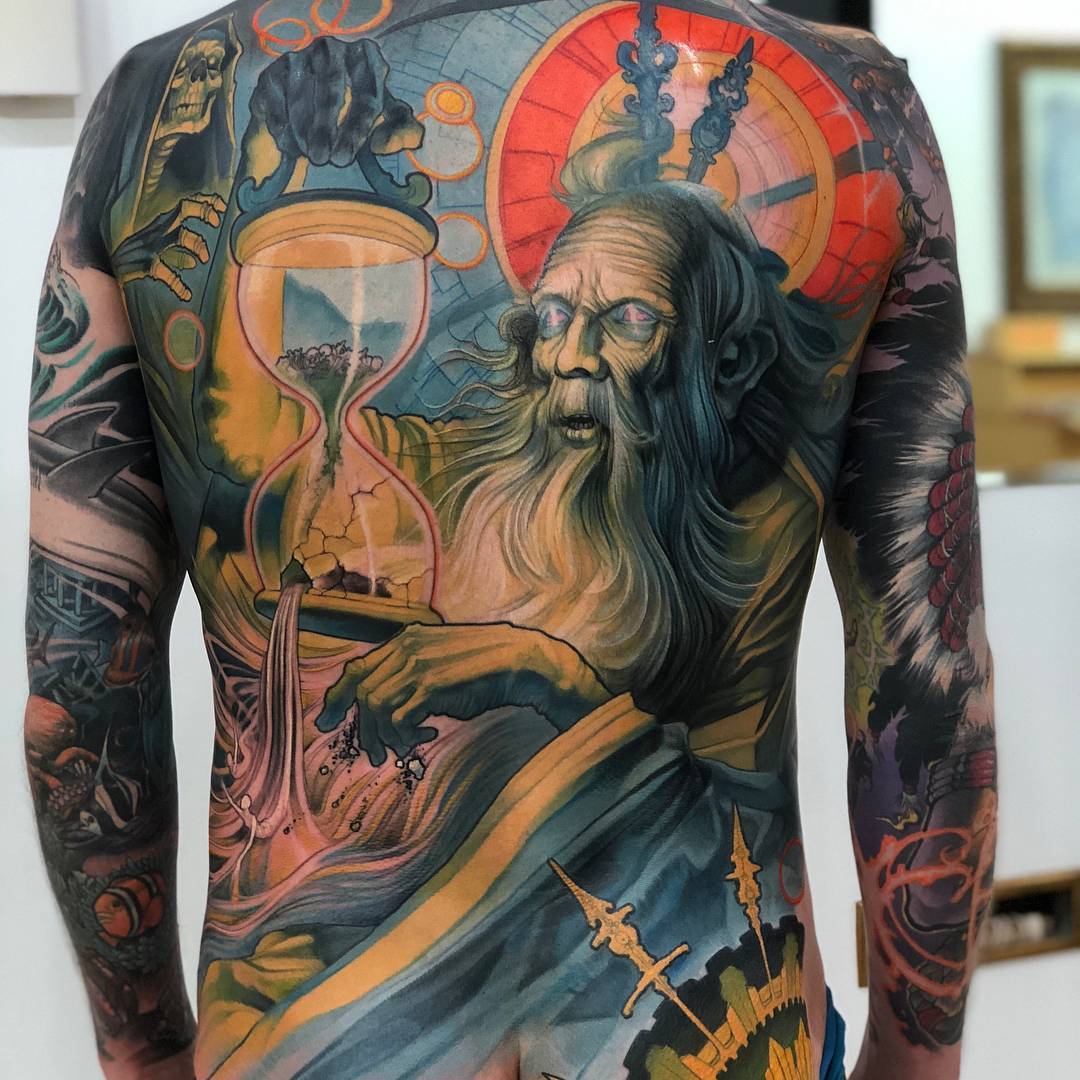 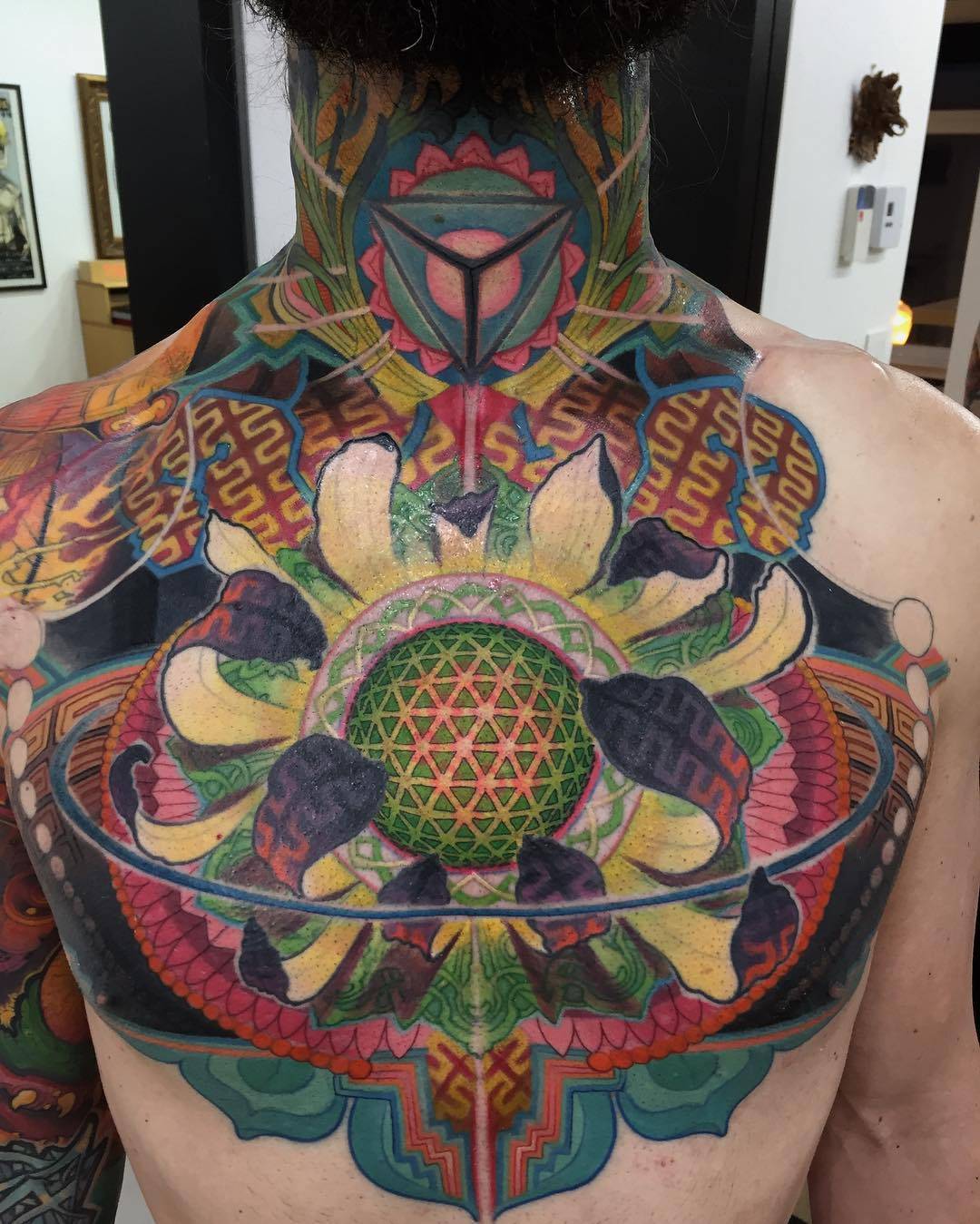 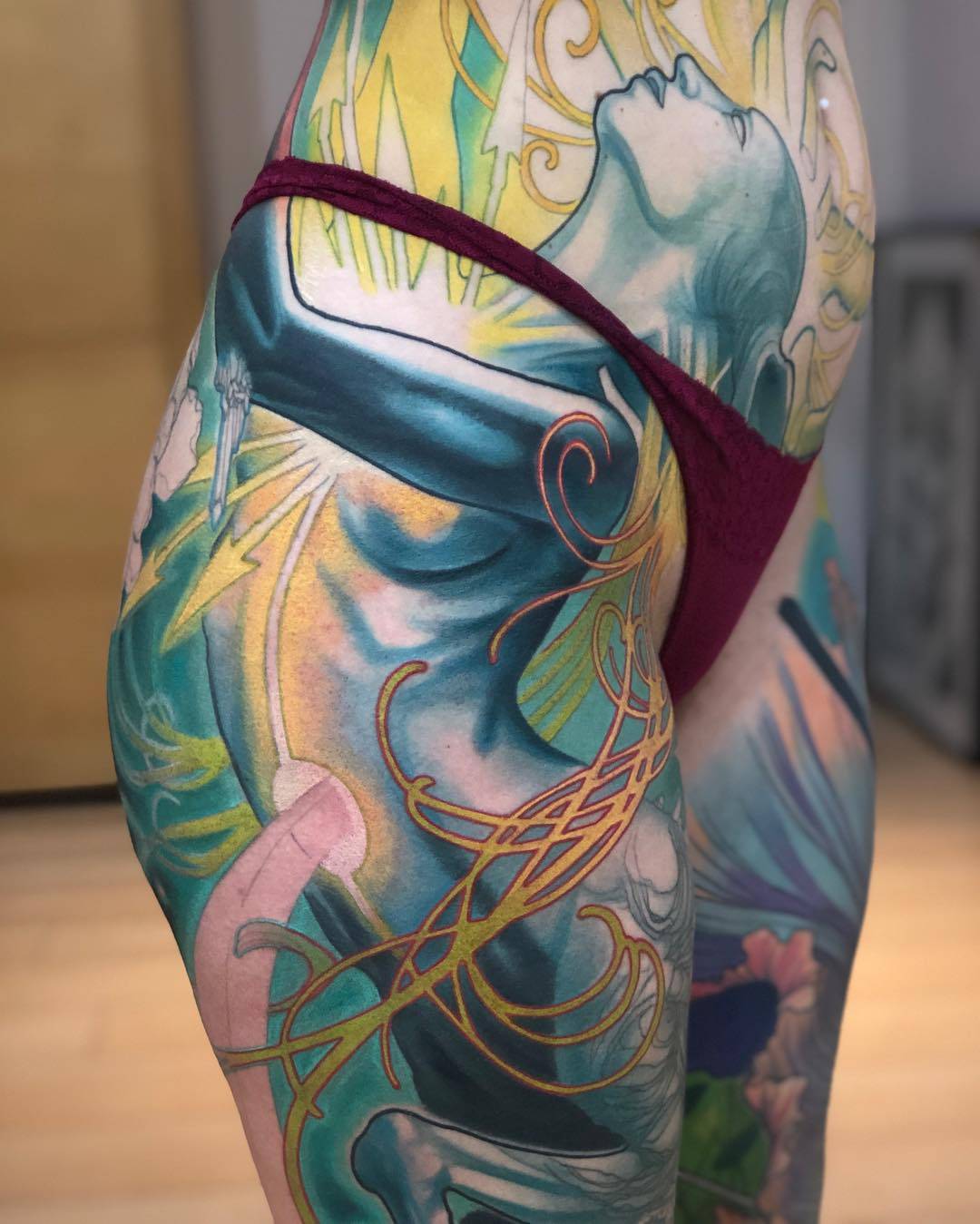