Dark times await the tattoo industry in Europe: up to 65% of color inks will be banned from 2022

The tattoo industry in European countries is going through hard times. It would seem that the tattoo, as a cultural phenomenon, over the past decades, on the contrary, began to get rid of many stereotypes and public censure. It's no secret that the demand for tattoos, and with it the number of tattoo artists, studios and manufacturers of inks and equipment, is growing every year, and this could not but rejoice. But it was also obvious that with the growing demand, there is more and more attention to safety issues in the tattoo industry from government agencies.

Recently, the exact date of the restriction on the use of two important tattoo ink pigments in the countries of the European Union - Pigment Green 7 and Pigment Blue 15:3 - has become known. The ban will come into force in accordance with the REACH (European Chemicals Agency) regulation on January 4, 2022. 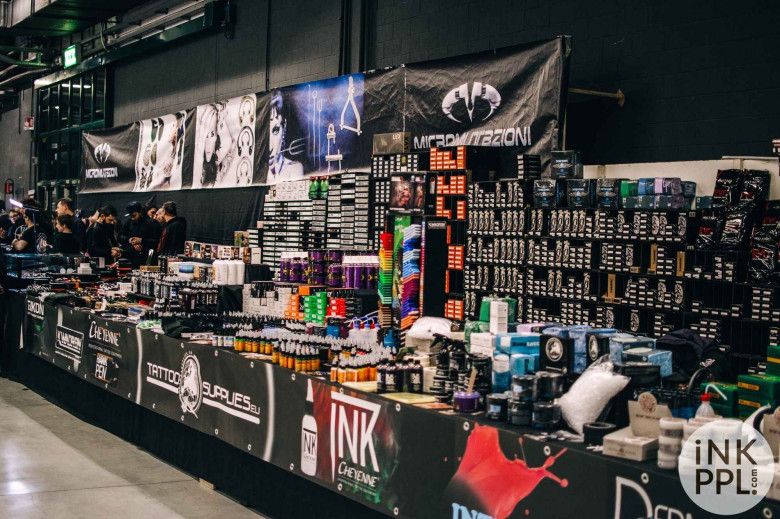 Back in March 2015, the EU Commission asked the European Chemicals Agency to prepare a dossier for assessing the risks to human health to determine the chemicals contained in mixtures used for tattooing and permanent makeup. ECHA, in collaboration with Italy, Denmark and Norway, prepared a dossier stating that the risks to human health from exposure to certain chemicals in tattoo ink are not adequately controlled. In addition, Blue-15 is already banned in some cosmetics, in particular, in hair dyes. ECHA believes that substances prohibited for the skin should not get under the skin either. At the same time, Blue-15 is approved for all other fields of application in cosmetics, in particular, for cosmetics that come into contact with the mucous membrane of the eye.

Apparently, it was the lack of information about the safety of both pigments that became the main reason for the ban on their use in tattoo inks. At the same time, at the moment there are no alternative pigments whose safety would be higher than that of the current Blue-15 and Green-7 pigments.

In the Official Journal of the European Union, you can also read other reasons that were taken into account when deciding to ban pigments. 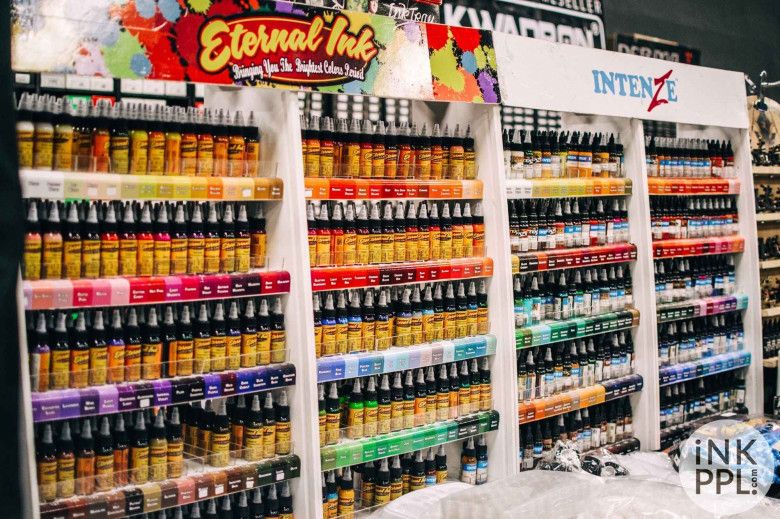 ARE THESE REASONS ENOUGH TO PROHIBIT THESE PIGMENTS?

According to the BfR (German Federal Institute for Risk Assessment), which has conducted its own research, the currently available health risk data for both pigments obtained under the REACH regulation are incomplete. The results of the study can be found in the BfR document "Tattoo Inks: Risk Assessment for Blue 15: 3 and Green 7 Pigments".

Available data show only comparatively low levels of toxicity for both substances. In the document, the BfR recommends that ECHA analyze the available data for both pigments in terms of standard requirements. However, the BfR believes that the assessment of the two pigments should also take into account the fact that both pigments have been used in tattoo inks for over a decade with no obvious side effects.

* The German Federal Institute for Risk Assessment (BfR) is a scientifically independent institution part of the portfolio of the Federal Ministry of Food and Agriculture (BMEL) in Germany. The BfR advises the federal government on nutrition, chemical safety and product safety. 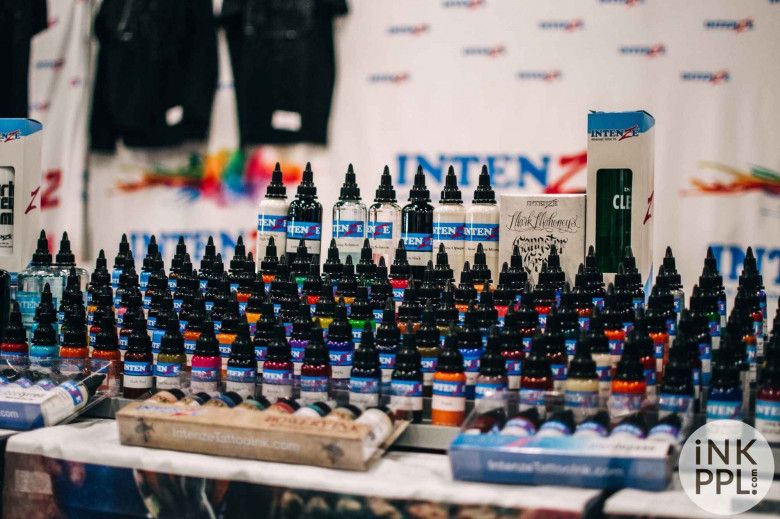 WHAT WILL HAPPEN WITH TATTOO ARTISTS IN THE EU?

Banned blue and green pigments are part of about 65% ​​of all ink used for color tattoos. This means only one thing: color realism, new school, old school, neo-traditional, bioorganic, Japanese tattoo and many other styles will be impossible to implement in the EU countries. In fact, all tattoo artists in the EU will only be left with black, red and yellow hues.

It is difficult to say how the tattoo industry will evolve when thousands of artists in the industry are practically unemployed. Will they illegally use tattoo inks, ordering them in other countries, will they close their studios and go into the "underground", will they switch to a black tattoo, or will they completely change their place of residence in order to continue doing their favorite work? If the petitions do not take effect, and if the EU Commission does not decide to conduct more in-depth research on the health risks of using tattoo pigments, it is likely that EU tattoo artists works in color will have a hard time. 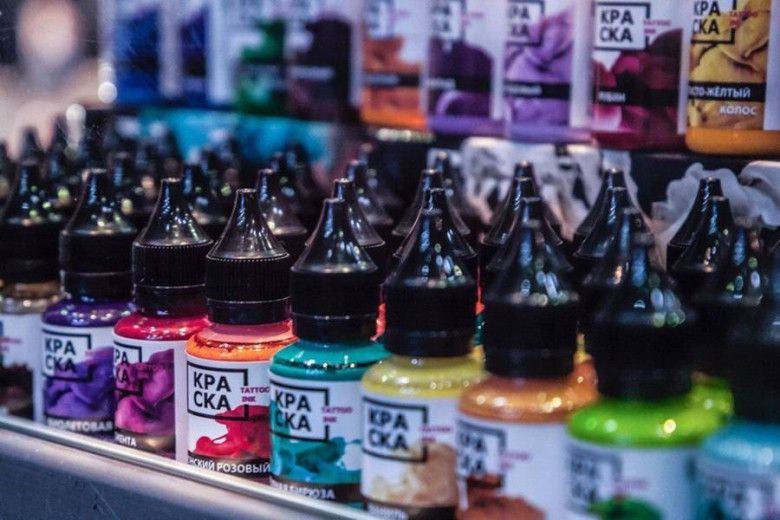 PETITION AGAINST THE BLUE AND GREEN PIGMENT BAN IN THE EU

Of course, the tattoo community is trying to deal with an imminent crisis in the industry, which could begin in a few months. Earlier, we talked about a petition filed by tattoo artist and studio owner in Switzerland, Jorn Elsenbruch, with which he is trying to slow down this ban. At the moment, more than 150,000 people have already supported it.

Signatures are currently being collected in the European Parliament for another petition by Erich Mehnert, an Austrian citizen, to preserve the two pigments Blue 15: 3 and Green 7. The petition says that the ban on the use of pigments will have a negative impact on the economic competitiveness of European tattoo artists and tattoo inks manufacturers compared to suppliers outside the EU, and would seriously jeopardize the very existence of this profession.

Clients can switch to tattoo artists from overseas or questionable artists. Austria is an example. In Austria, the practice of tattooing / permanent makeup is governed by some of the strictest rules in Europe. All these rules will lose their force if clients migrate to third countries or turn to tattoo artists who use tattoo inks purchased without any certificates and checks in their work, which in turn creates an additional risk for clients.

«The economic damage caused by emigration to third EU countries affects not only the tattoo industry, but also part of the cosmetic industry (permanent makeup) and medical tattoos such as nipple reconstruction. This ban significantly limits the competitiveness of the European tattoo industry compared to other countries. This is contrary to the idea of ​​the European community» - says tattoo artist Erich Mehnert, who submitted the petition.

Sign the petition against the ban of Blue15 and Green7 pigments

The petition submitted by Erich Mehnert can still be supported on the page of the European Parliament. At the moment, this is the only existing option to suspend the ban on the use of pigments for tattoo ink. The European Petition Portal website is very tedious, but we ask you to take 10 minutes of your time to register and sign against the ban, which threatens to destroy the tattoo industry in the EU countries as early as January 2022.